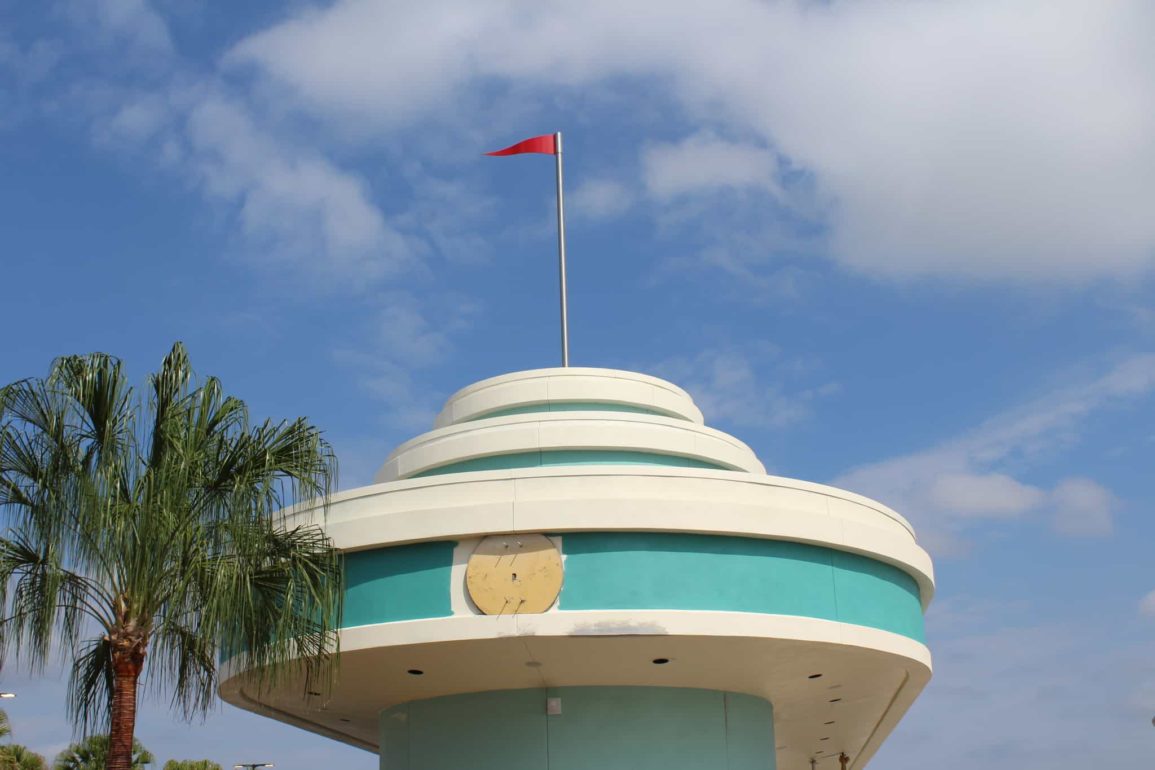 We’re about two months into 2019 now, which means we’re inching ever closer to the ultimate opening of Star Wars: Galaxy’s Edge at Disney’s Hollywood Studios. The goal post is within sight, and Disney is rushing to get all the infrastructure in place to handle the incoming crowds. Let’s see how it’s coming along. 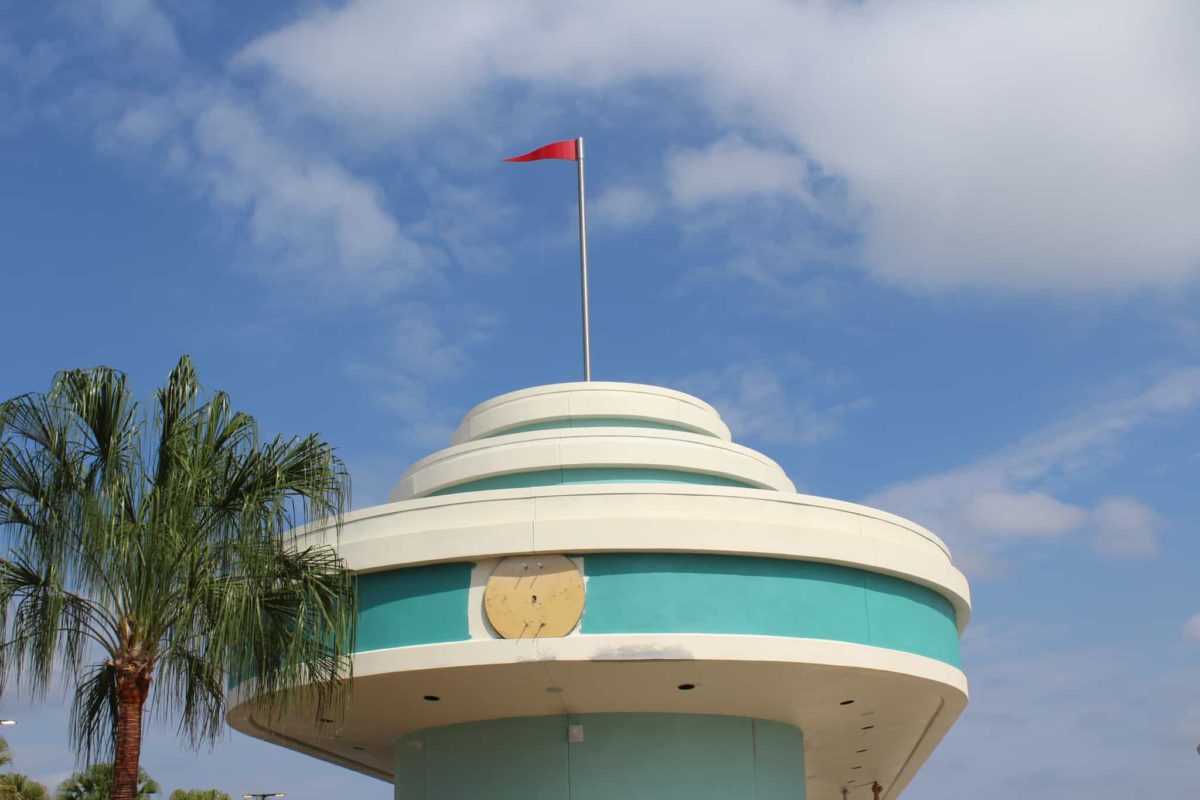 We’ll start outside the park this time. Normally a red flag is well… a red flag. However, when it comes to Hollywood Studios parking lot structures, a red flag means it’s almost finished. Two flags just went up on the new bus loop shelters. 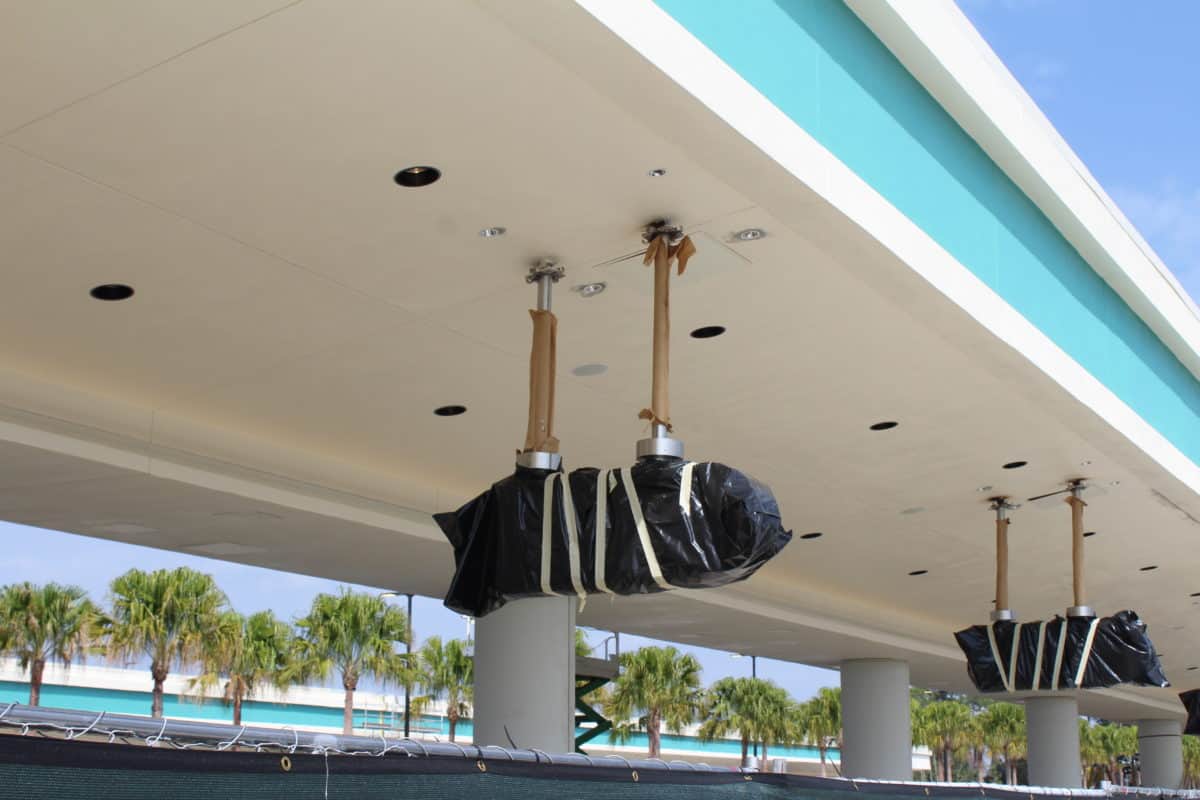 Signs are all in place. Lights are installed. 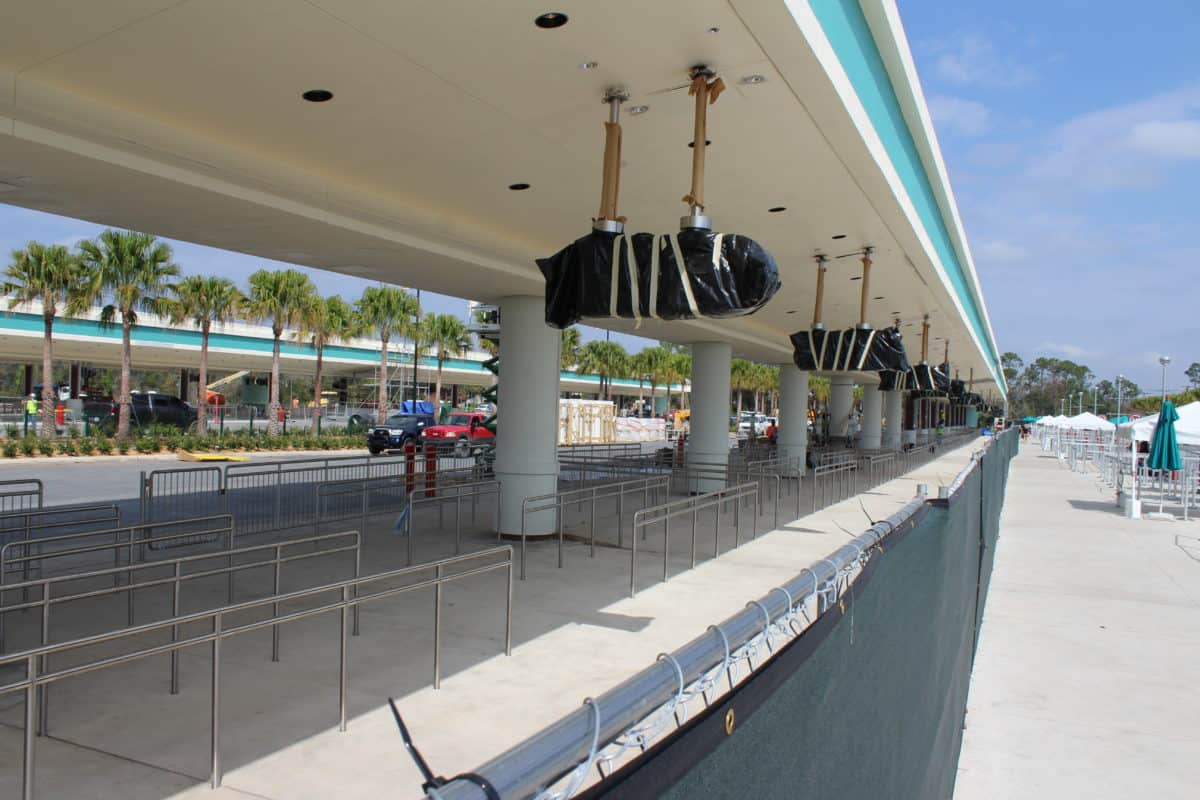 The queue barriers are installed. This baby’s about ready to open. 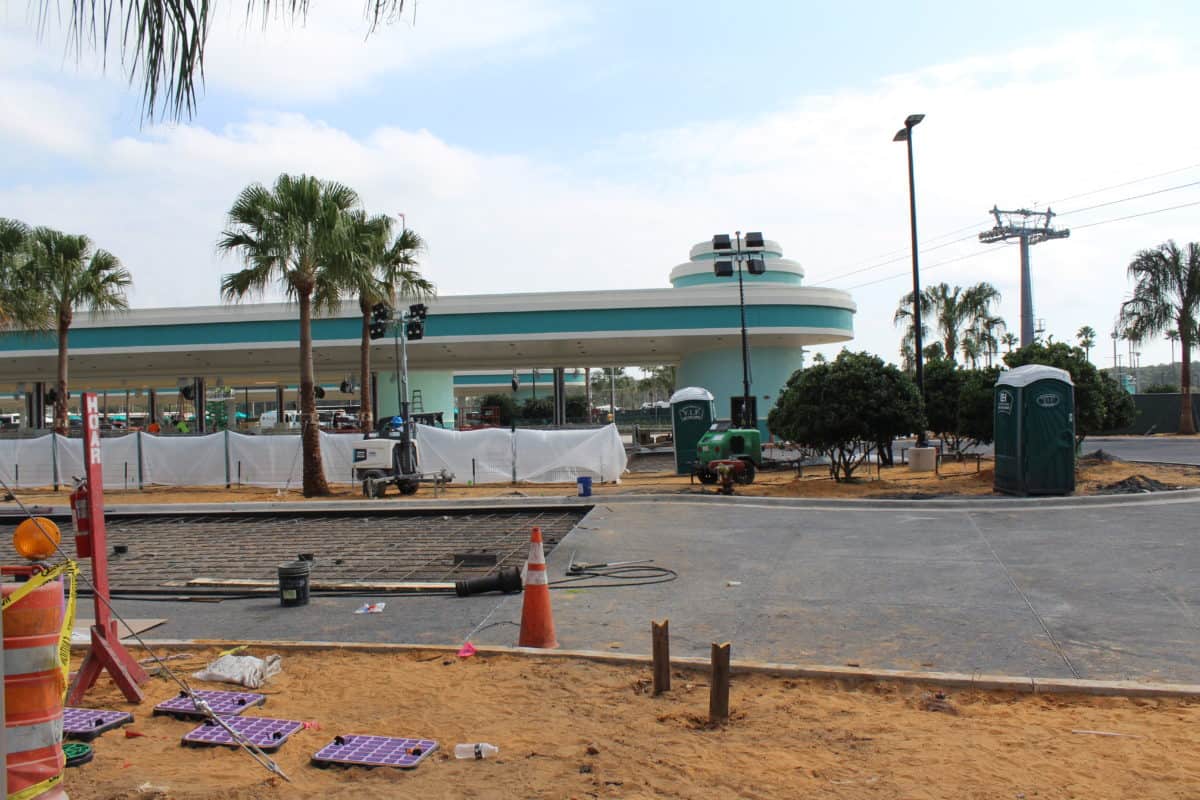 Just down the way, a bit closer to the park entrance, the other two shelters have a little more work to be done. 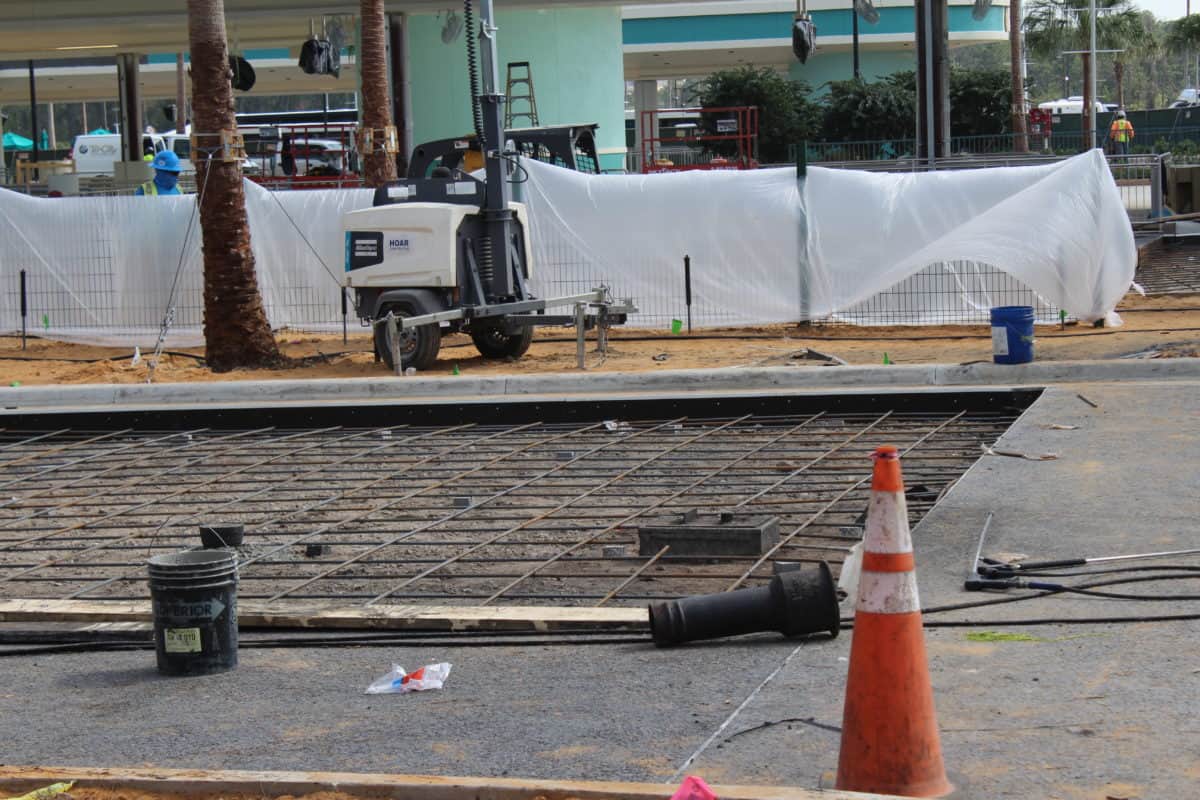 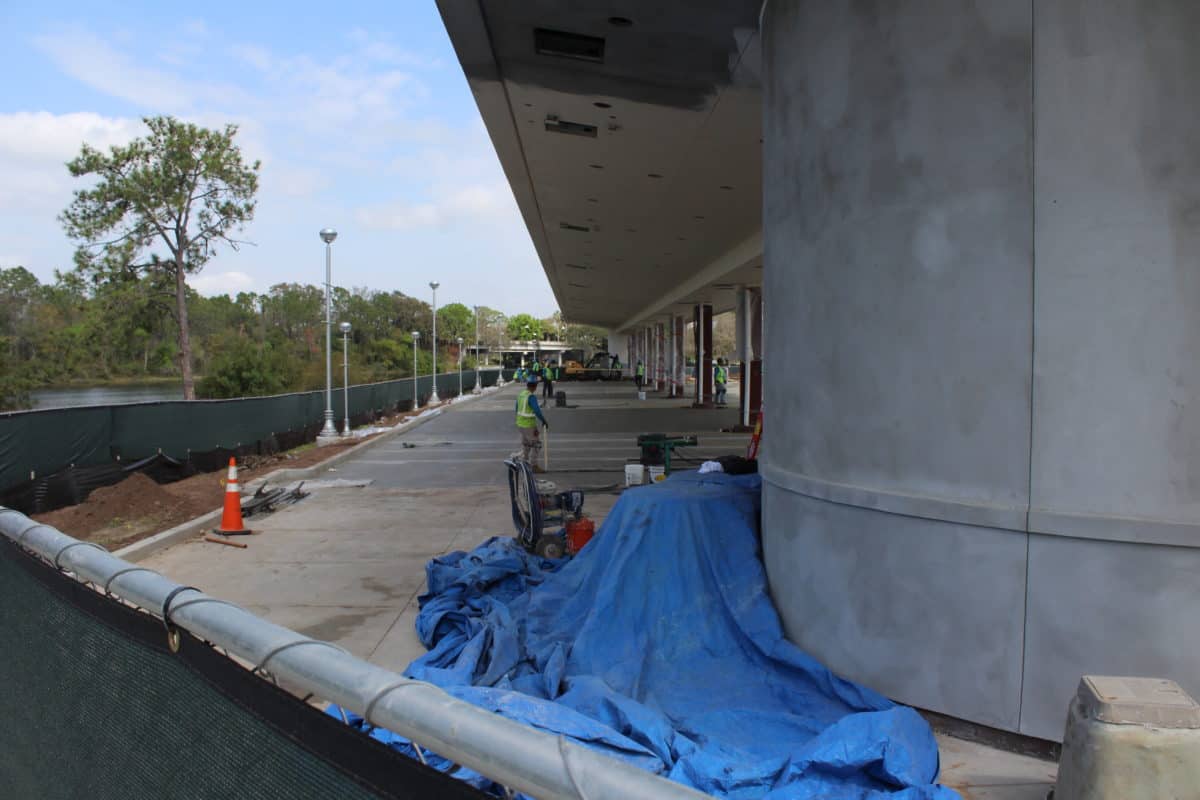 The concrete is finished at the final shelter, but they still have several things to install. It’s also the last shelter that still needs painting. 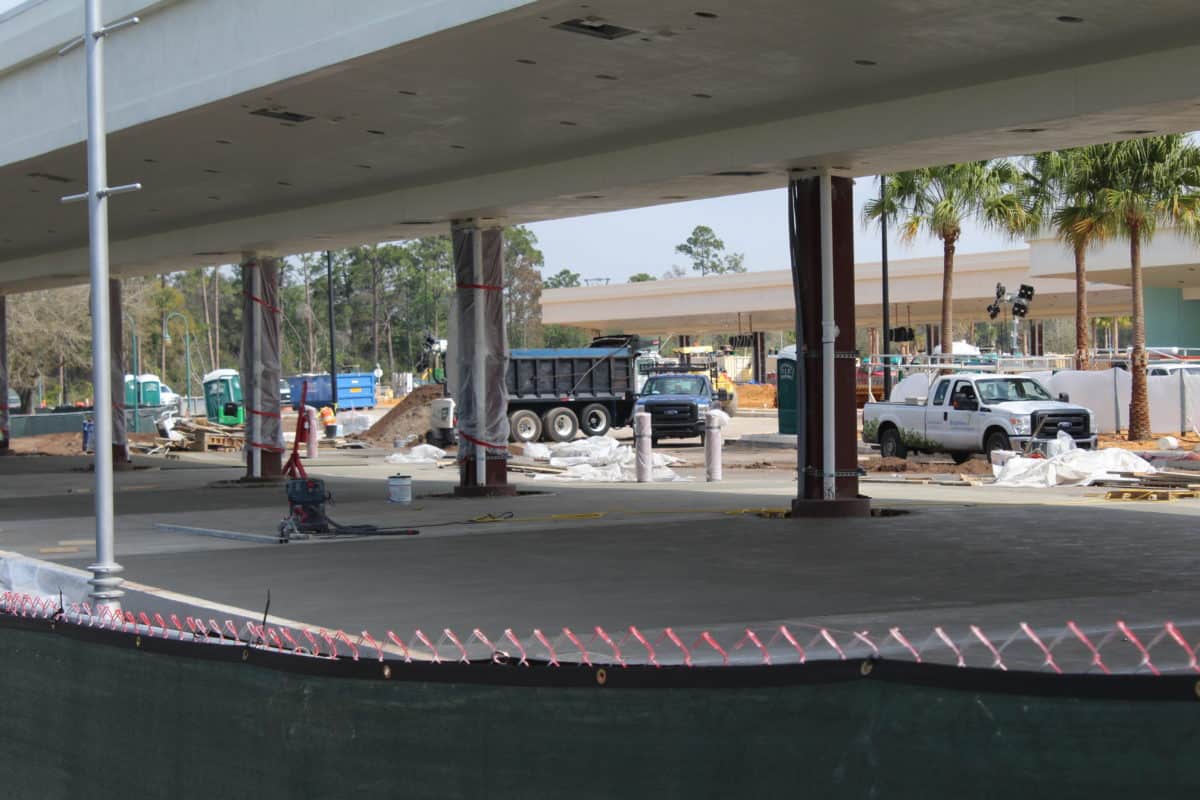 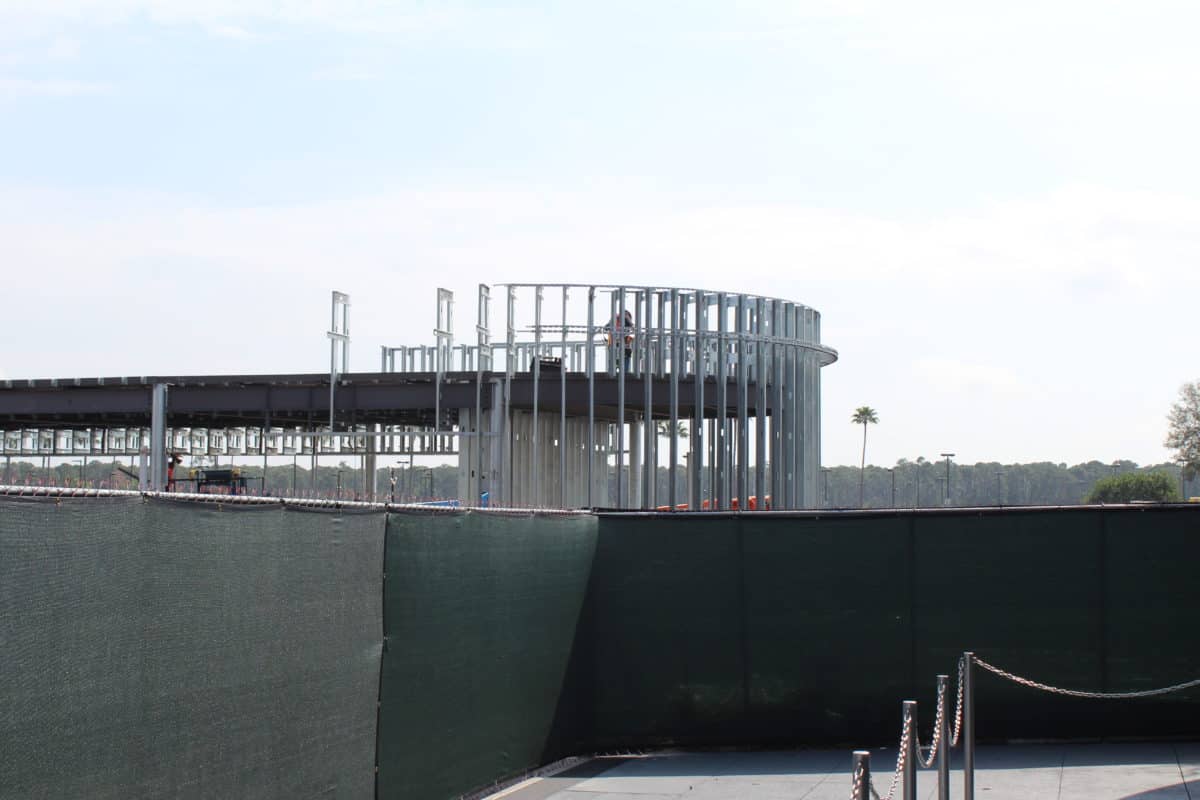 They’re slowly installing the frame for the walls and siding on the new security bag check area. It should match all the other buildings when it’s finished. 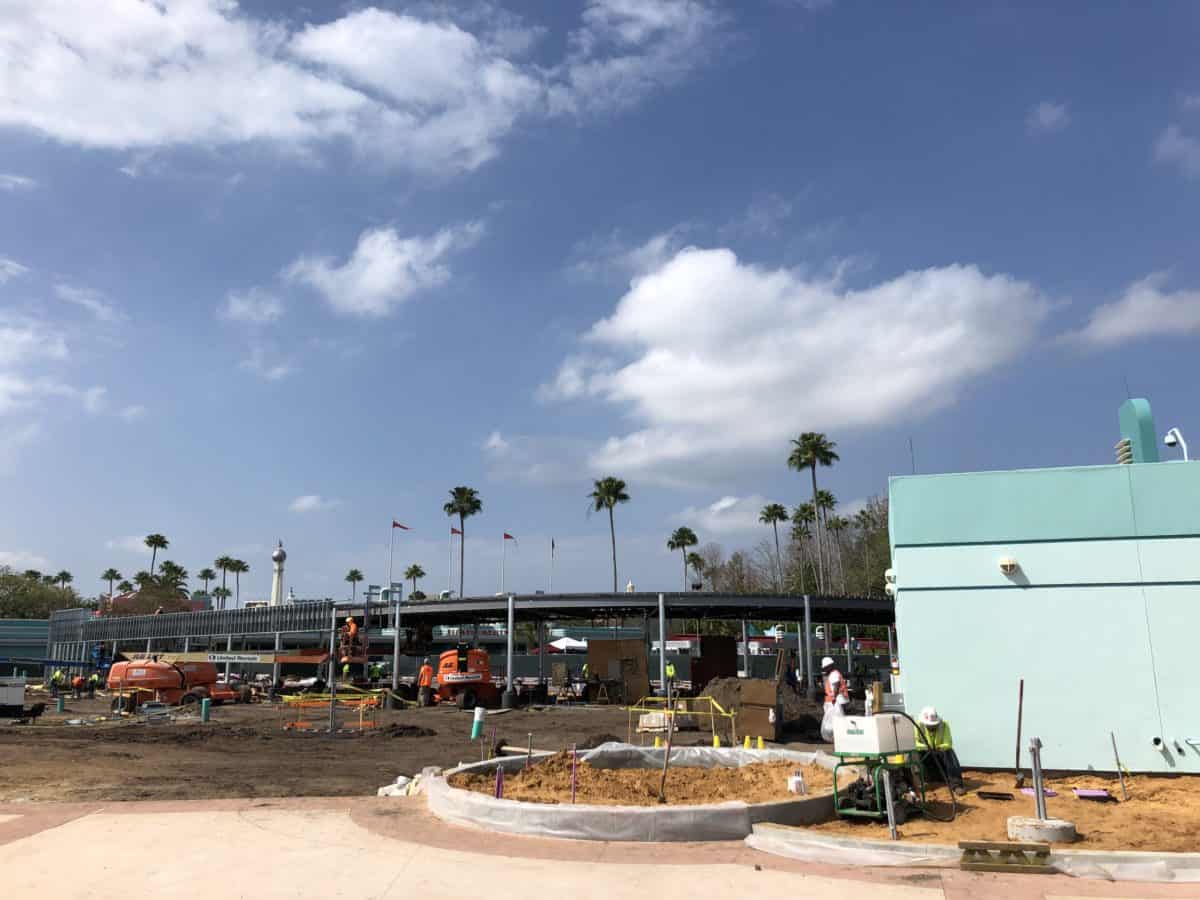 From this angle, you can see how they’re installing the siding. This is going to be a very large bag check area. 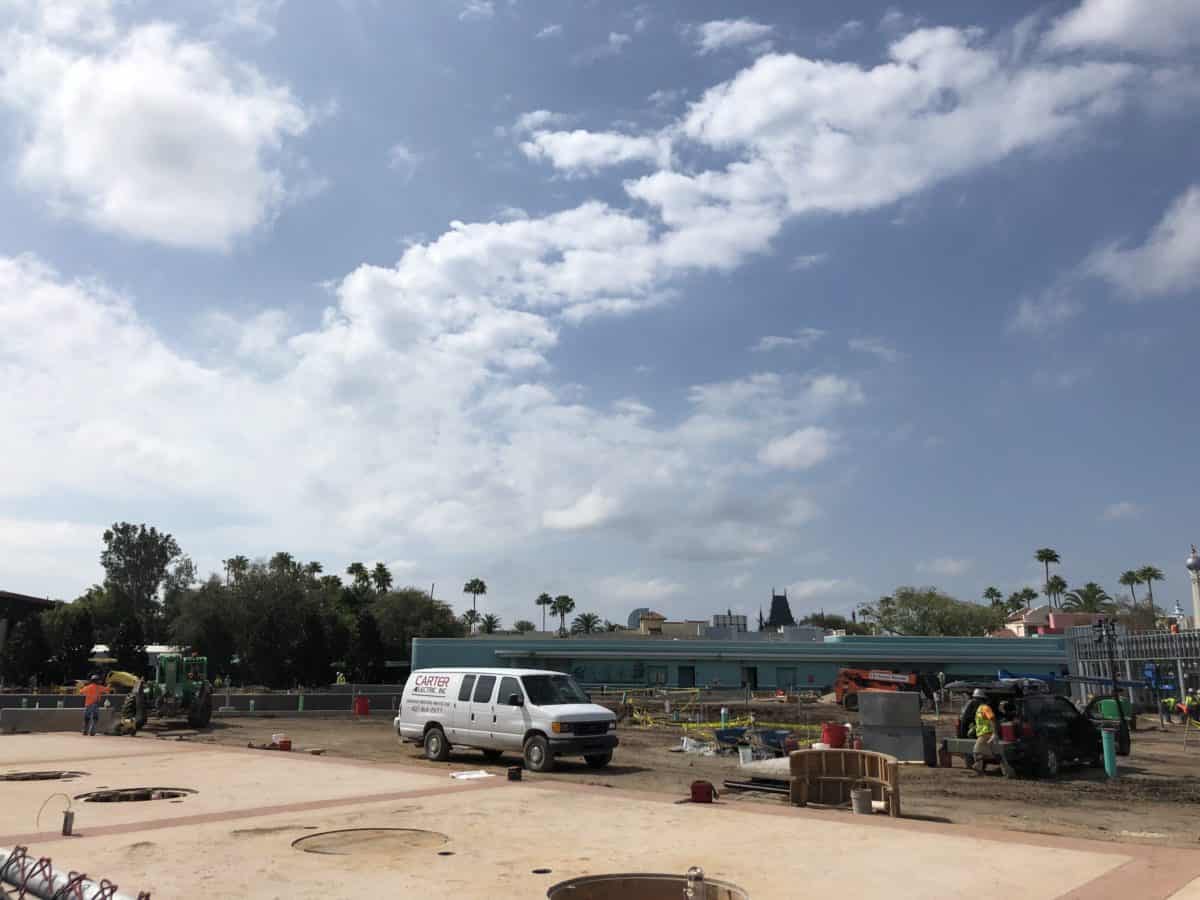 They’re making good progress on the pedestrian path that will run next to the tram loop. The holes in the ground are for future palm trees. 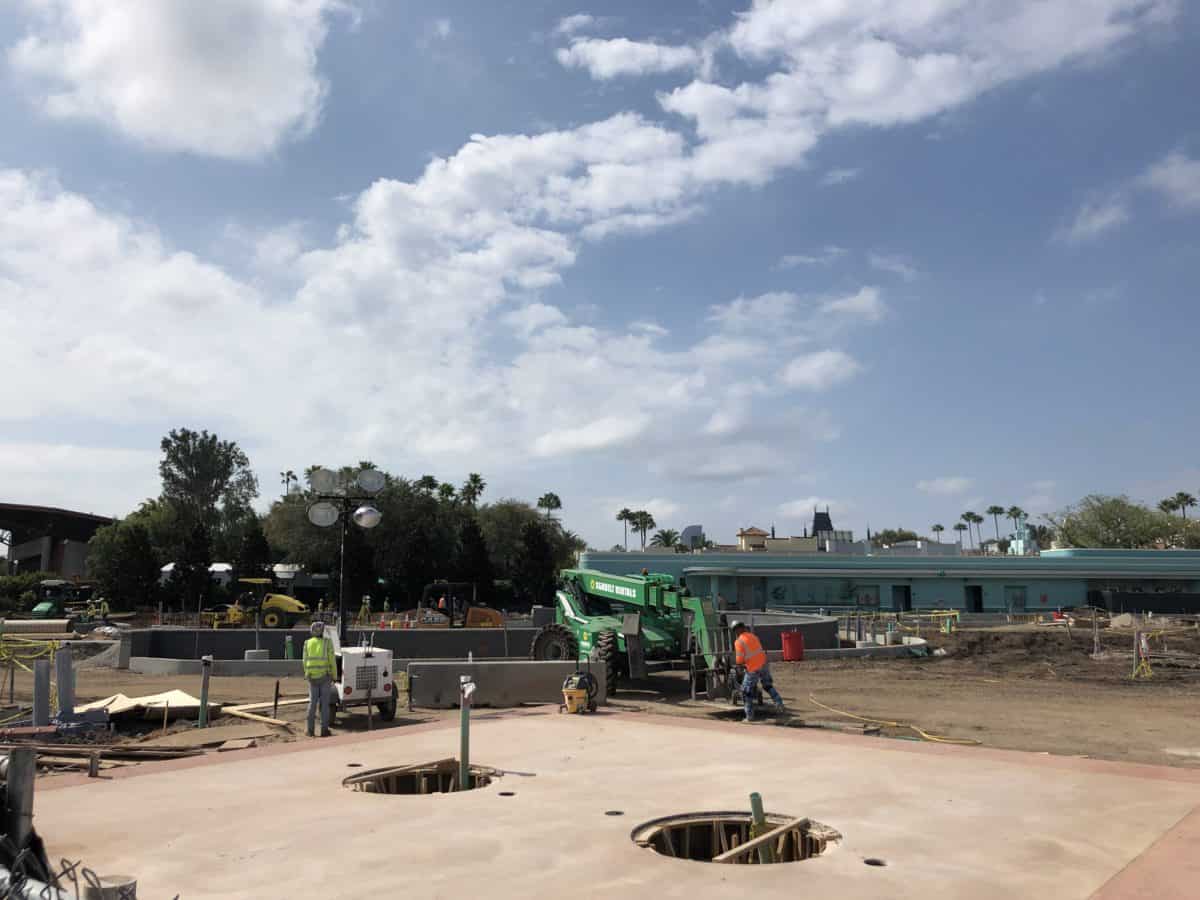 I believe the grey concrete wall in the center here is the inside curve of the tram loop. Drop-off will probably be very close to here. 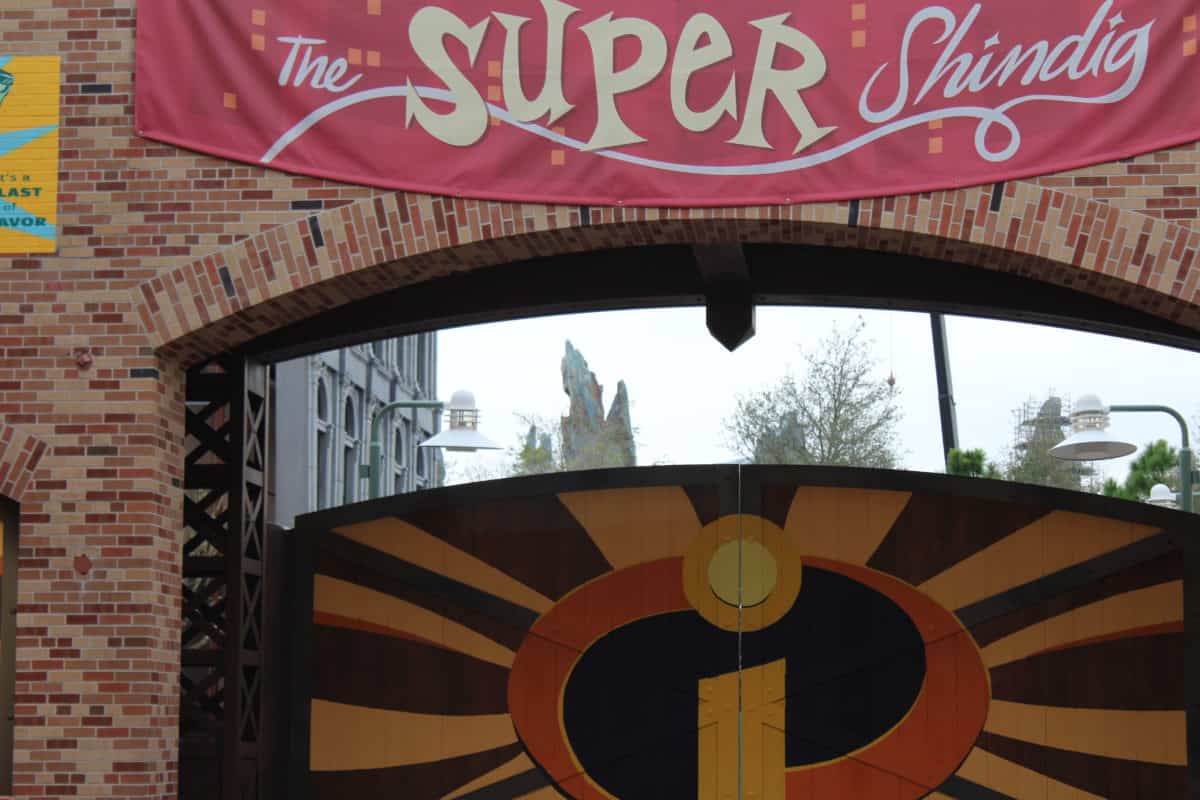 For something as large as Galaxy’s Edge, there are surprisingly few good views of it inside the park. If you peek beyond the gate at the end of Pixar Place, you can see some of the spires for which Black Spire Outpost is named. An overcast morning like this lets you see the color and detail the Imagineers have put into them. 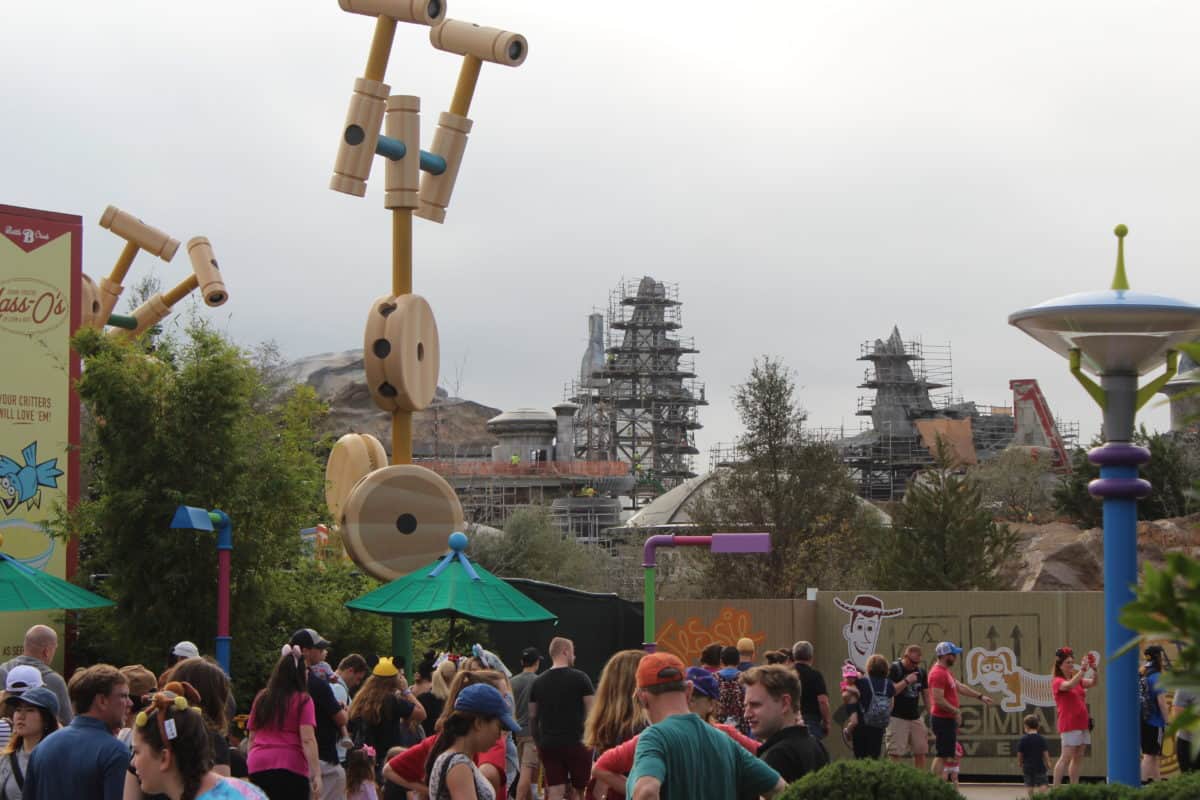 As usual, the only good view of construction is from Toy Story Land. Workers were quite busy this morning on the scaffolding. The people in bright yellow vests sort of ruin the forced perspective illusion. These spires certainly are tall, but they’ll seem taller without construction workers climbing all over them. 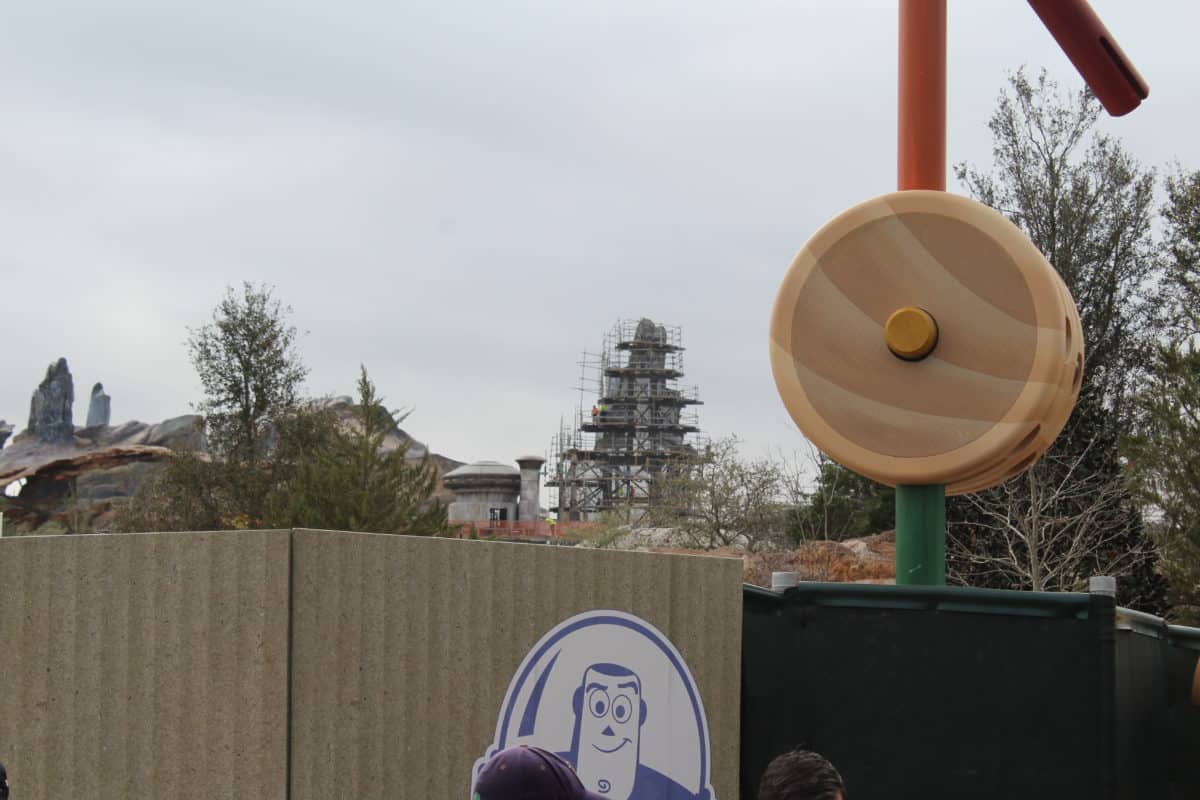 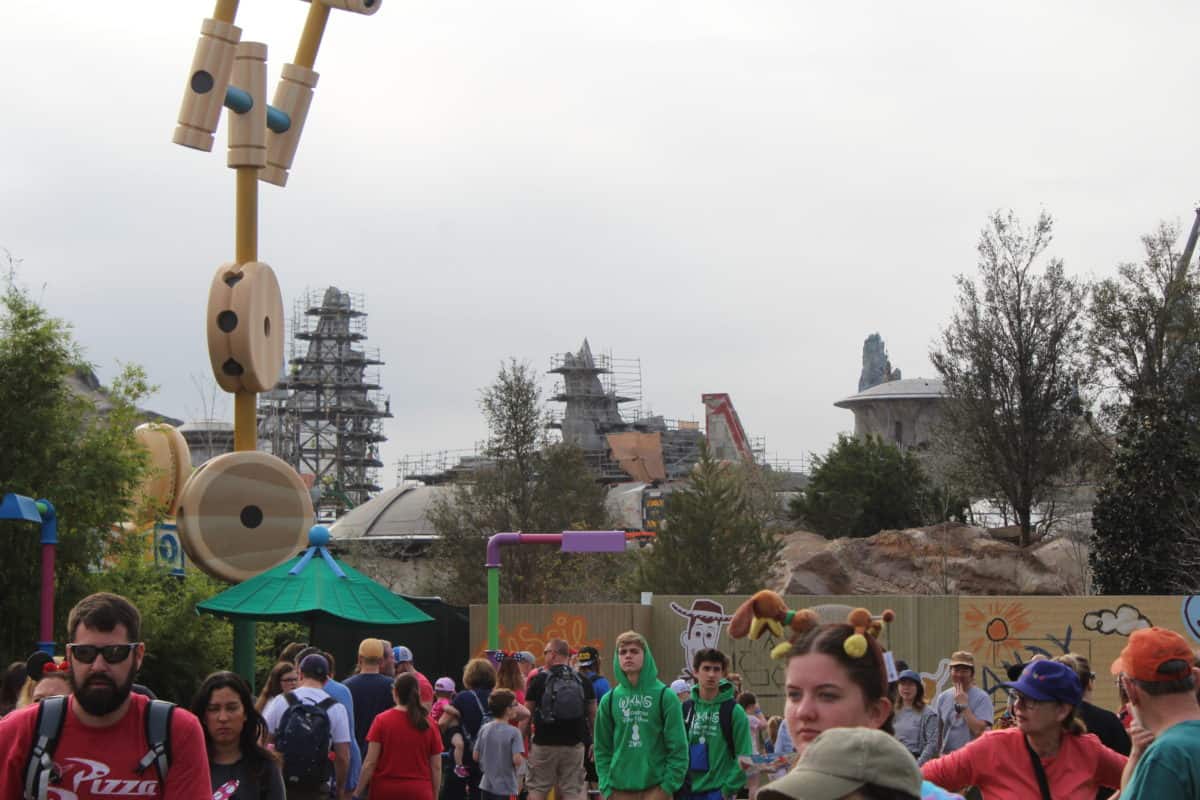 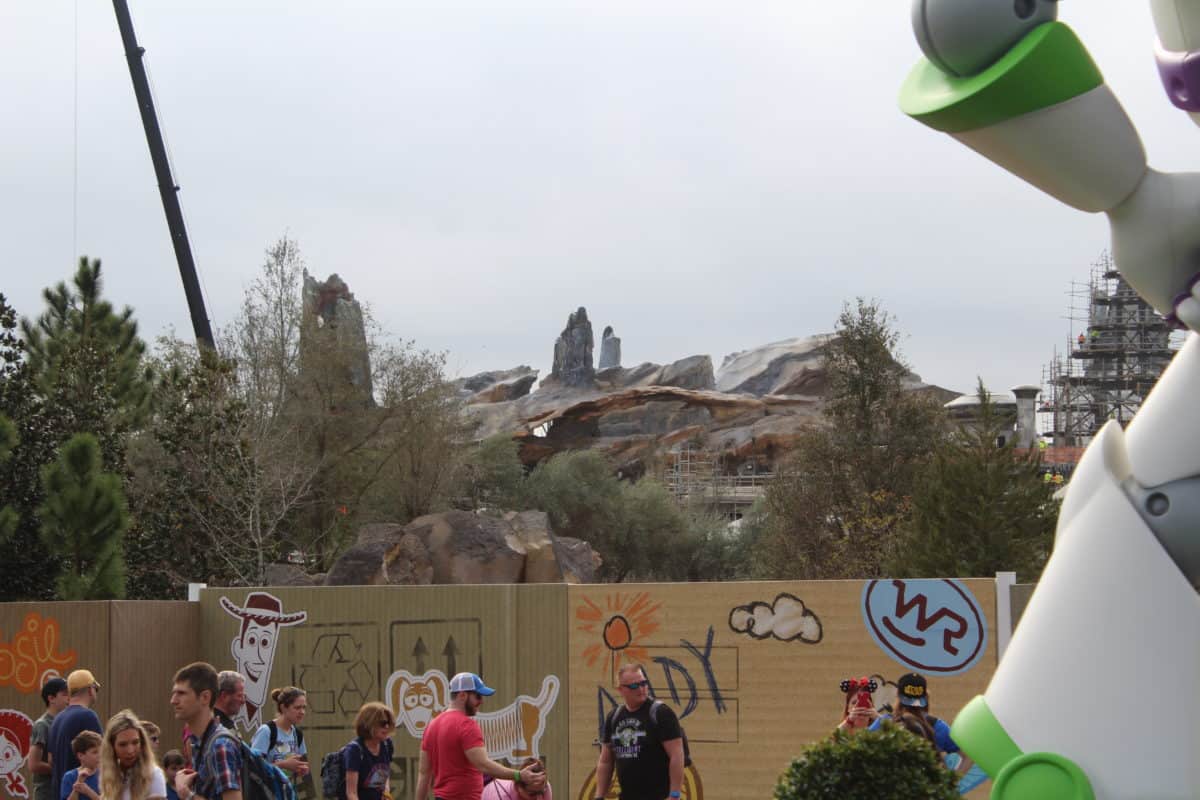 This is some of the rock work near the Rise of the Resistance attraction. Oddly enough, you can see straight through the mountain currently. I wonder what they’ll fill that in with. 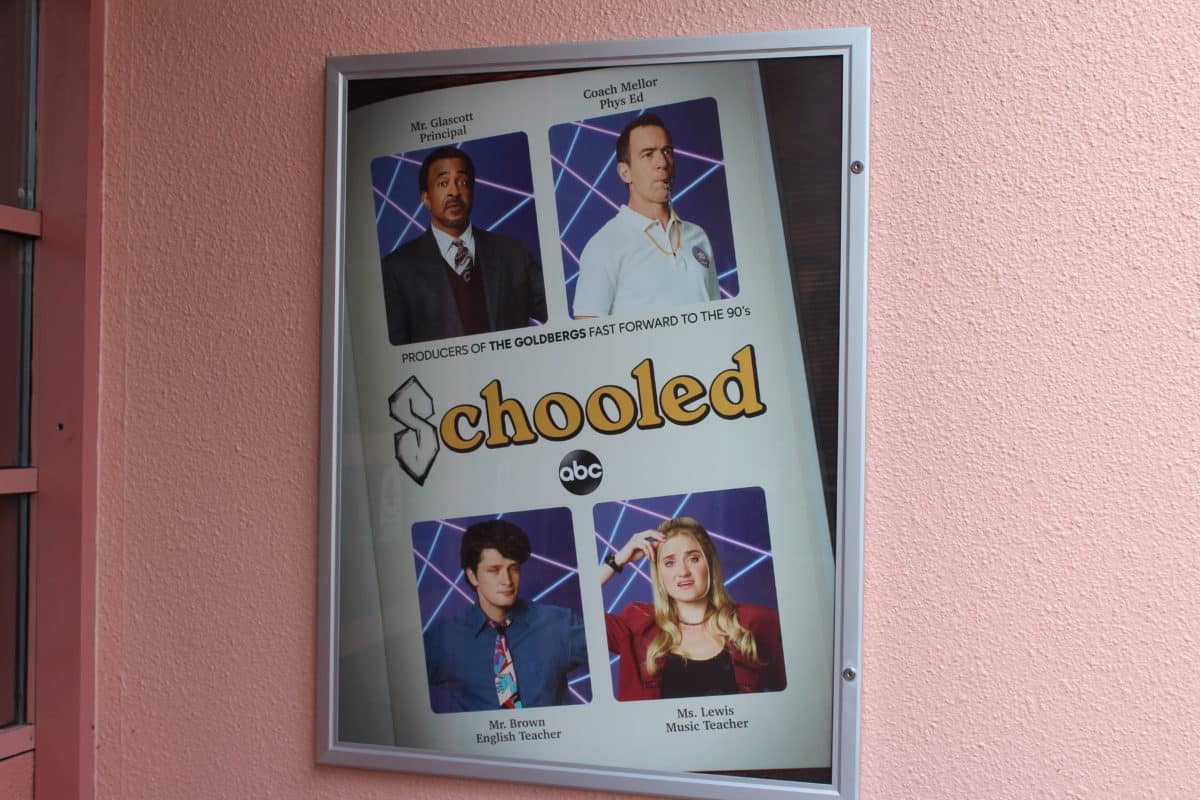 Not a whole lot else of note in the park today. I did find these new posters at the entrance to the ABC Commissary. I’m out of the TV loop, so these posters are usually the only way I find out about new ABC shows. 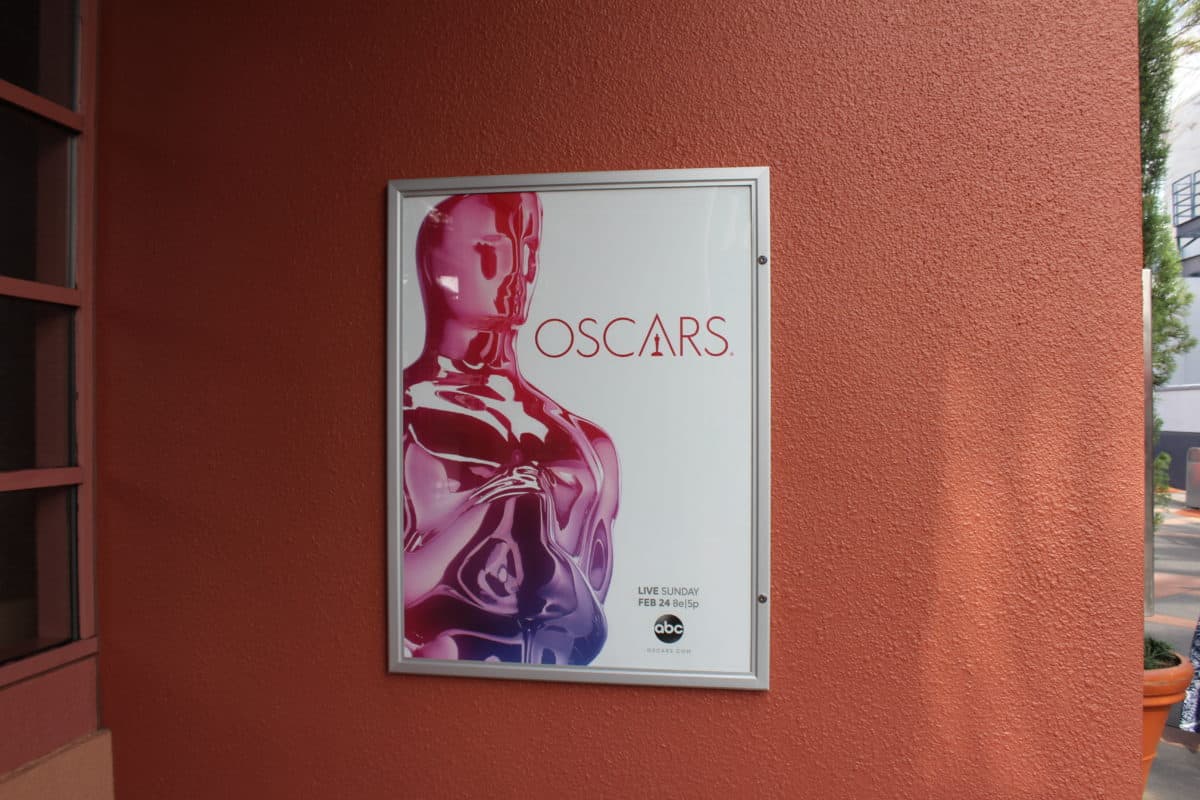 Don’t forget to watch the Oscars. No host this year, which might be interesting. Or it could be tremendously dull. Kind of a coin toss on that one.

I also found this adorable Dumbo mug on Hollywood Boulevard for $16.99. It’s for the upcoming live-action Dumbo film coming out this spring. 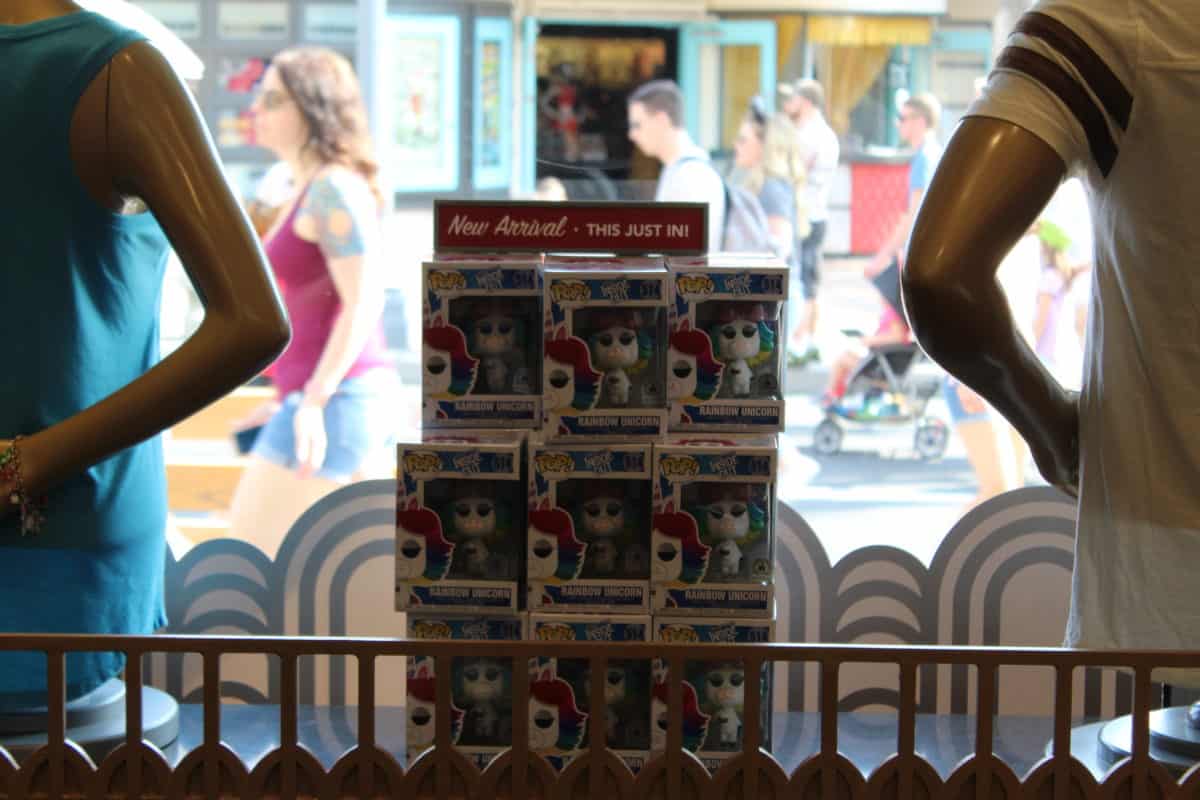 This Funko! Pop Vinyl came out last week, and no one seemed to care. It’s Rainbow Unicorn from “Inside Out”. They still have plenty, both in Hollywood Studios and at Disney Springs.

That’s it for today! Hopefully next time you read one of these posts, the bus loop will be open!