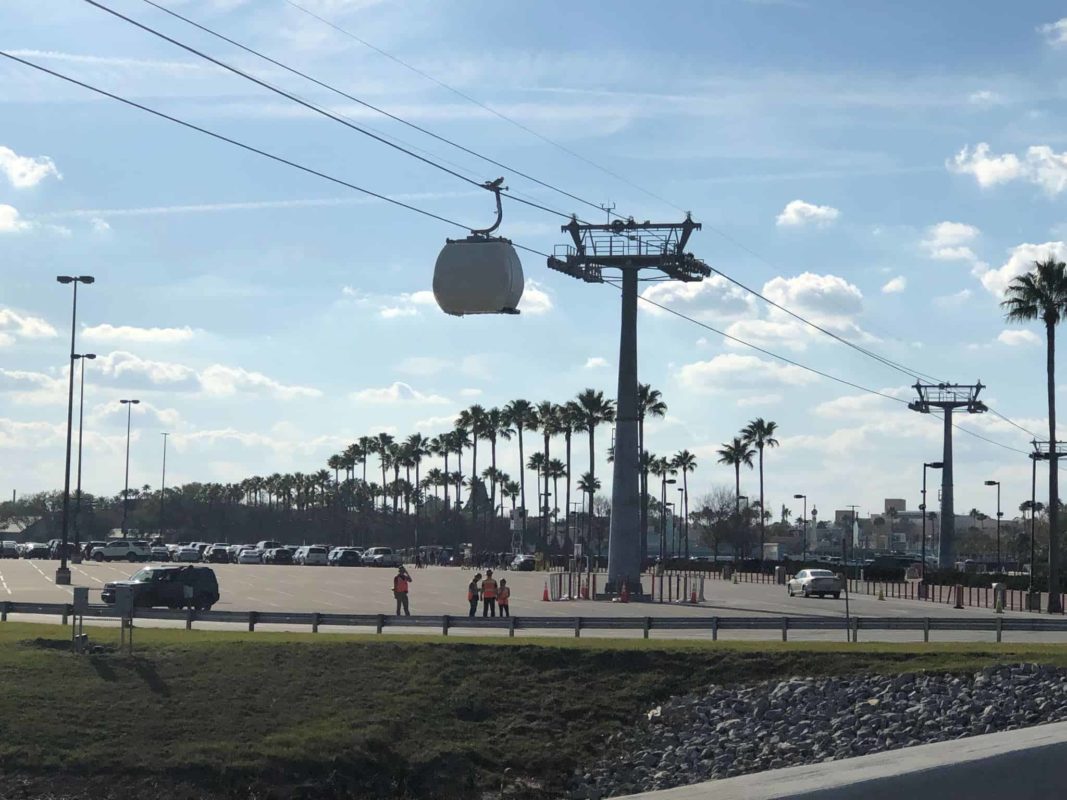 Today, we spotted some Skyliner gondolas on their first voyage across Walt Disney World. That’s right, the Skyliner is currently in its testing phase and sending actual passenger gondolas (not the tester bucket gondolas) across the lines installed throughout the resort. 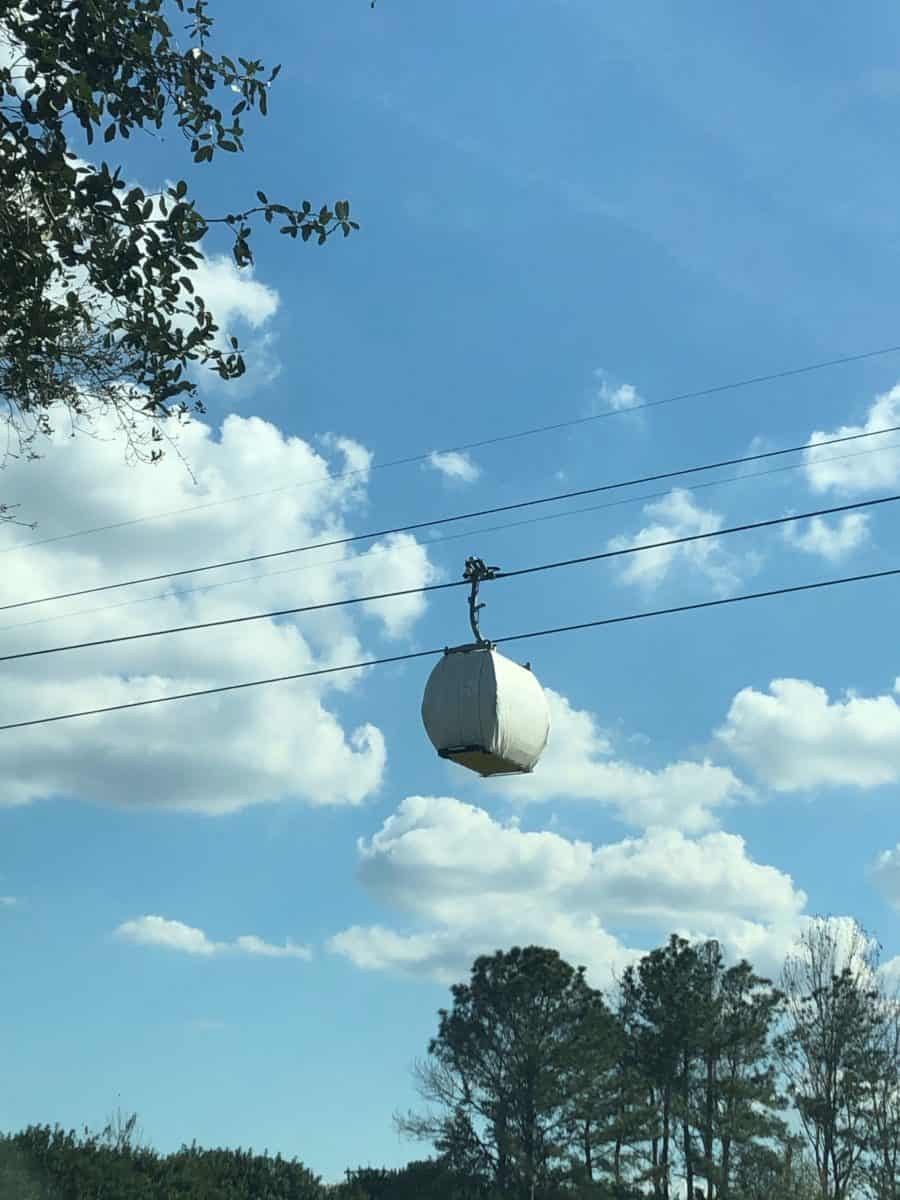 The ones we spotted were mainly stationary as it appeared workers were still fine-tuning things. 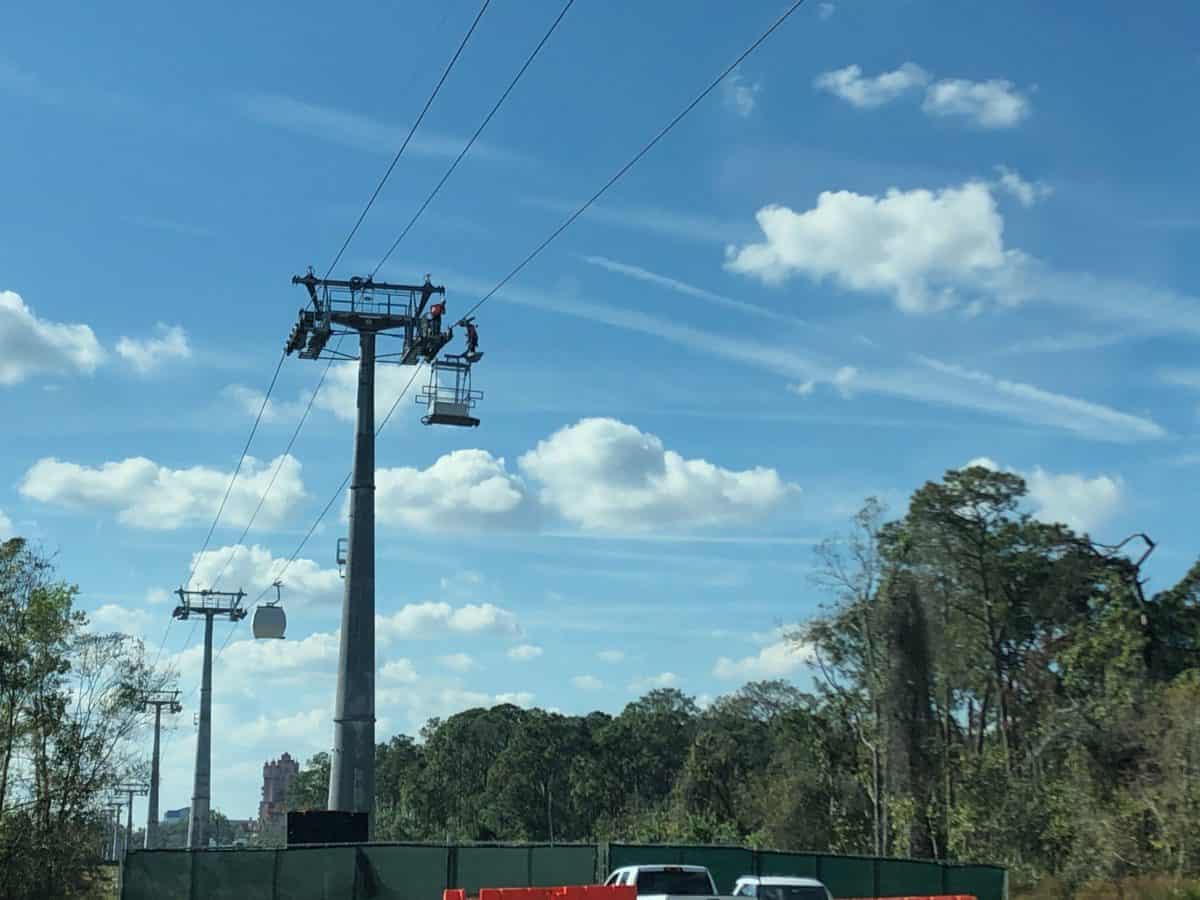 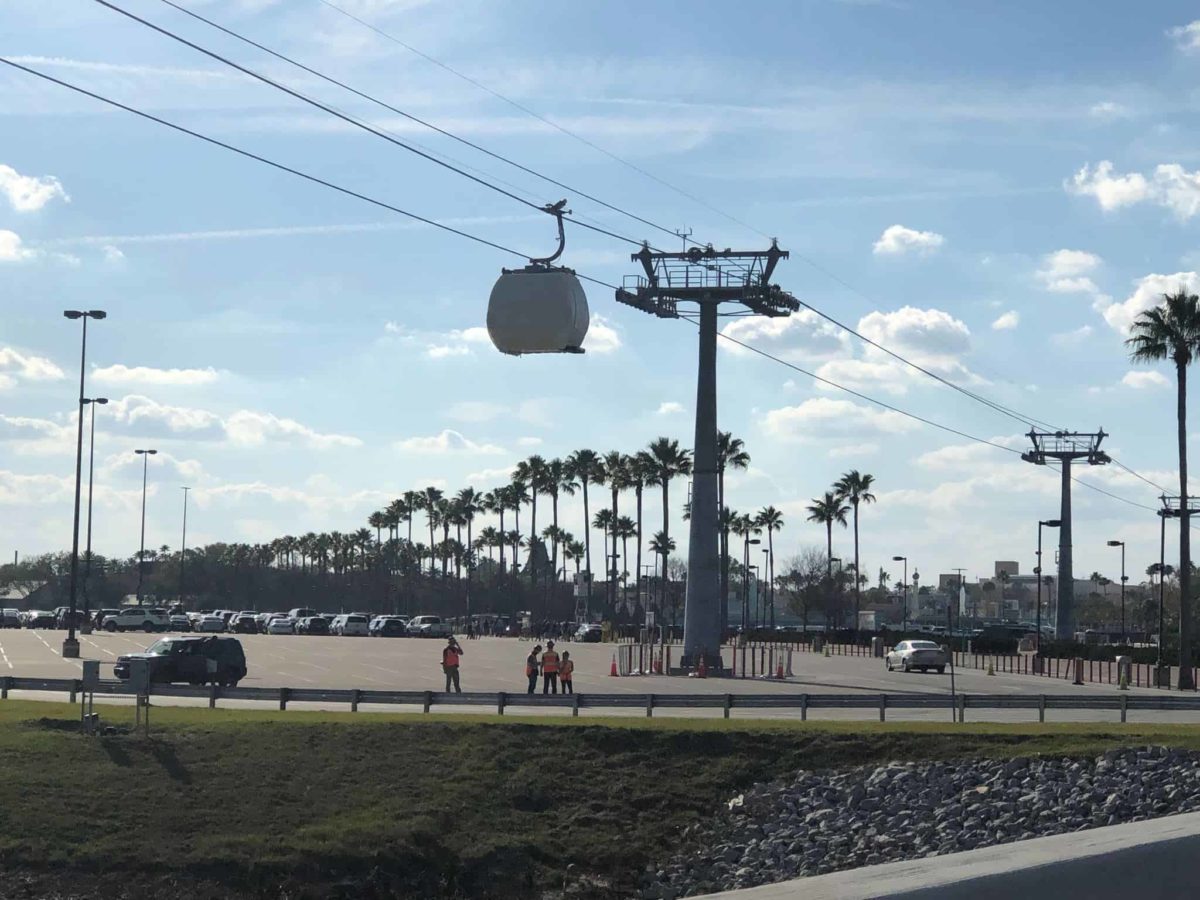 The gondolas are covered with tarps so as not to damage their paint jobs during testing. 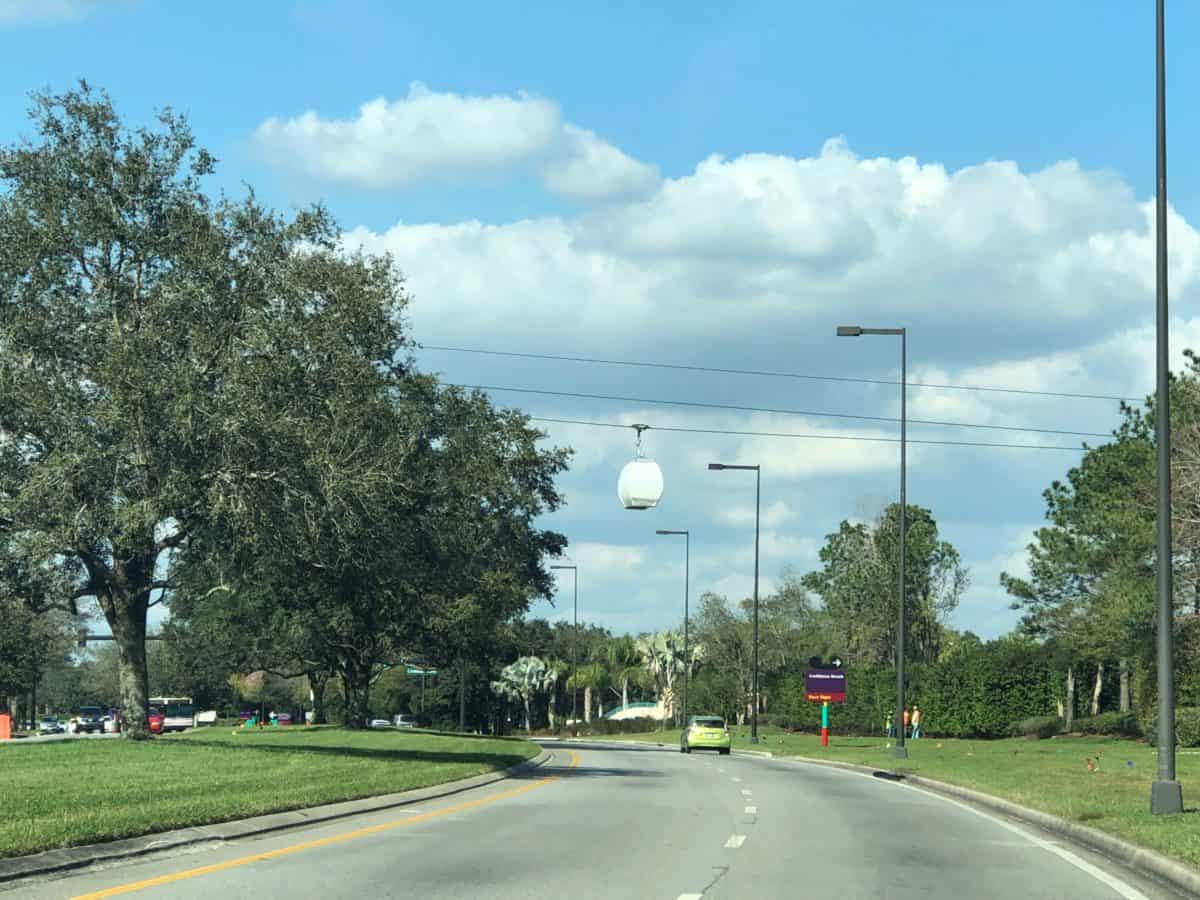 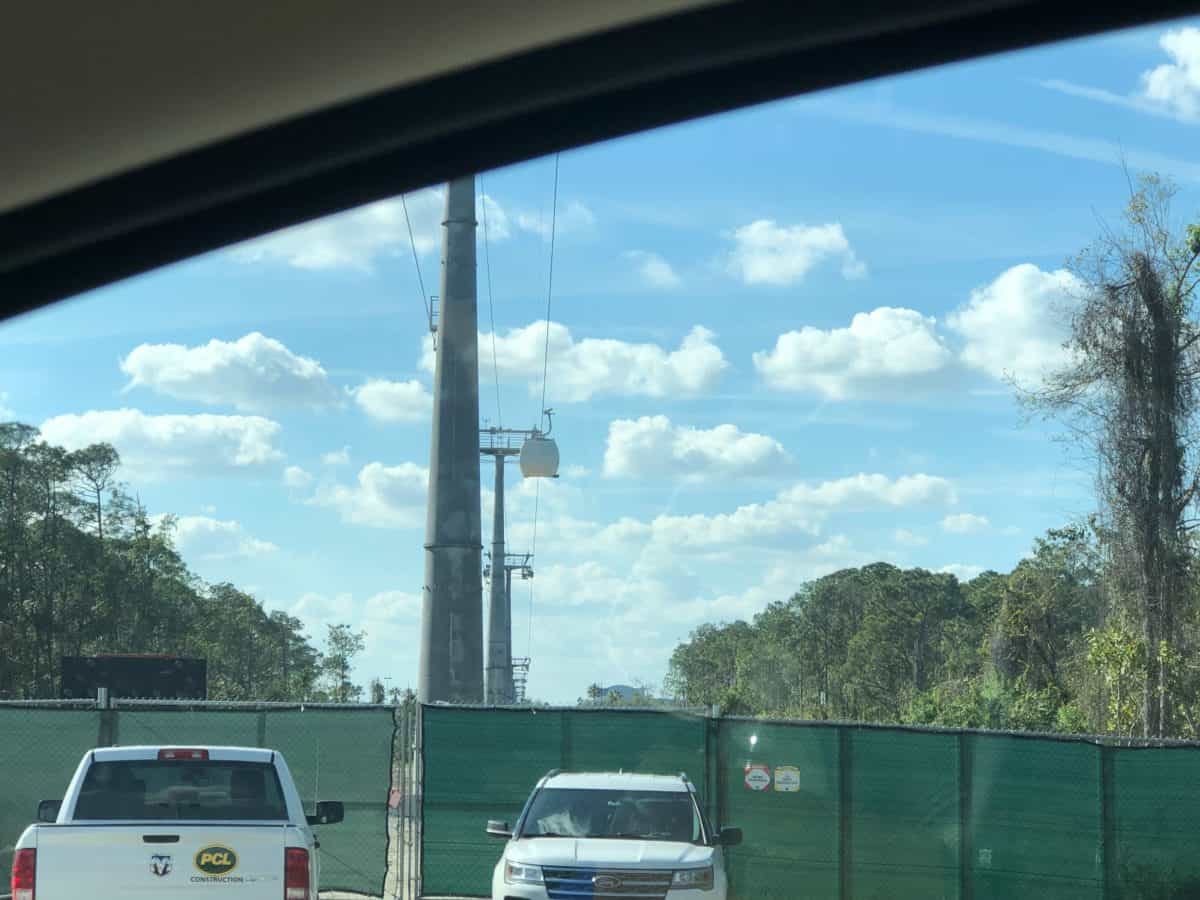 The gondolas may be moving slow still, but progress on the Skyliner is certainly moving fast!

The one we saw in motion was high above the parking lot at Disney’s Hollywood Studios: