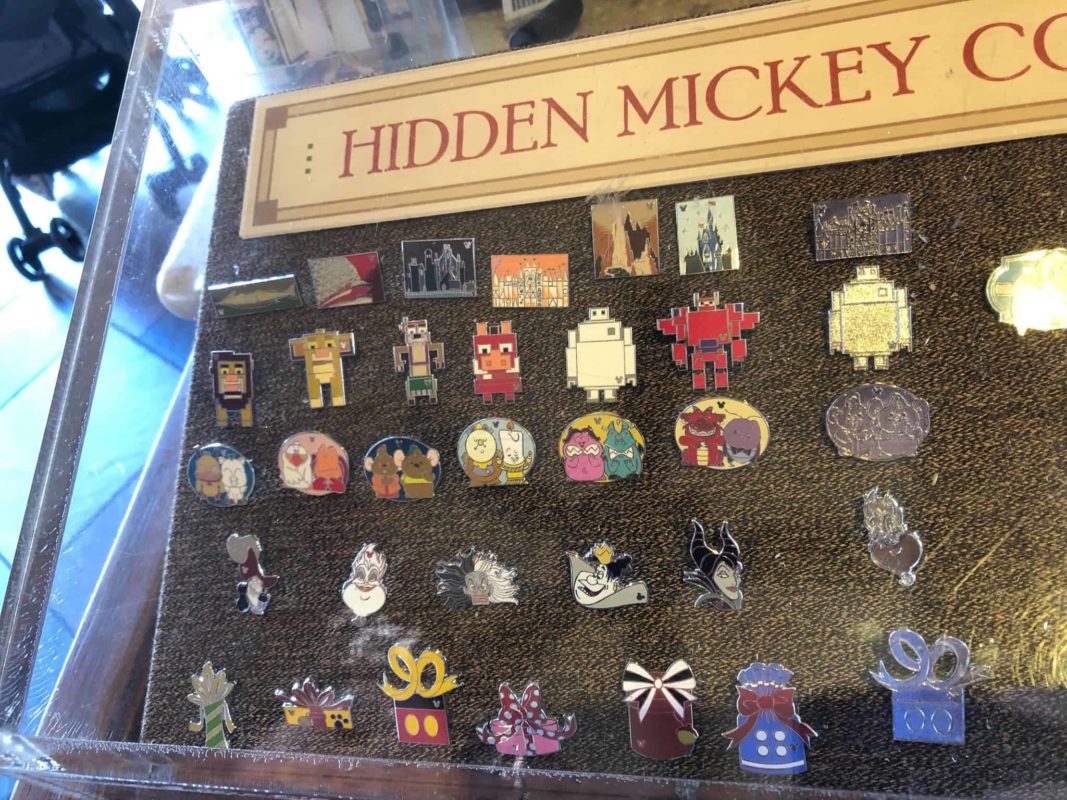 Pin Traders, get ready! A new series of Hidden Mickey pins has just been released and we can’t wait to trade for these. The entire set is currently on display at Pin Traders in Disney Springs. Hidden Mickey pins (formerly known as Cast Lanyard Pins) are only obtainable by trading with a Cast Member off of their lanyard. Keep scrolling to view the entire collection. 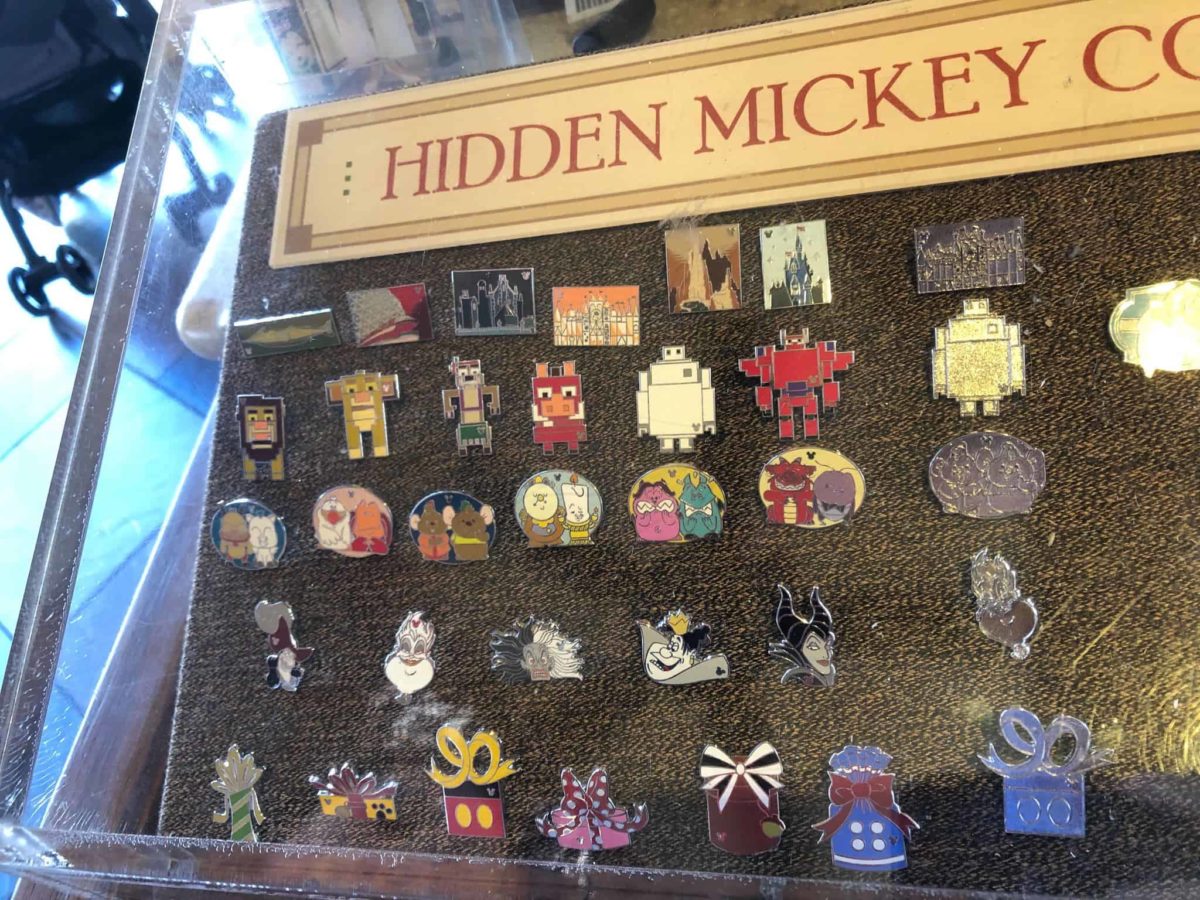 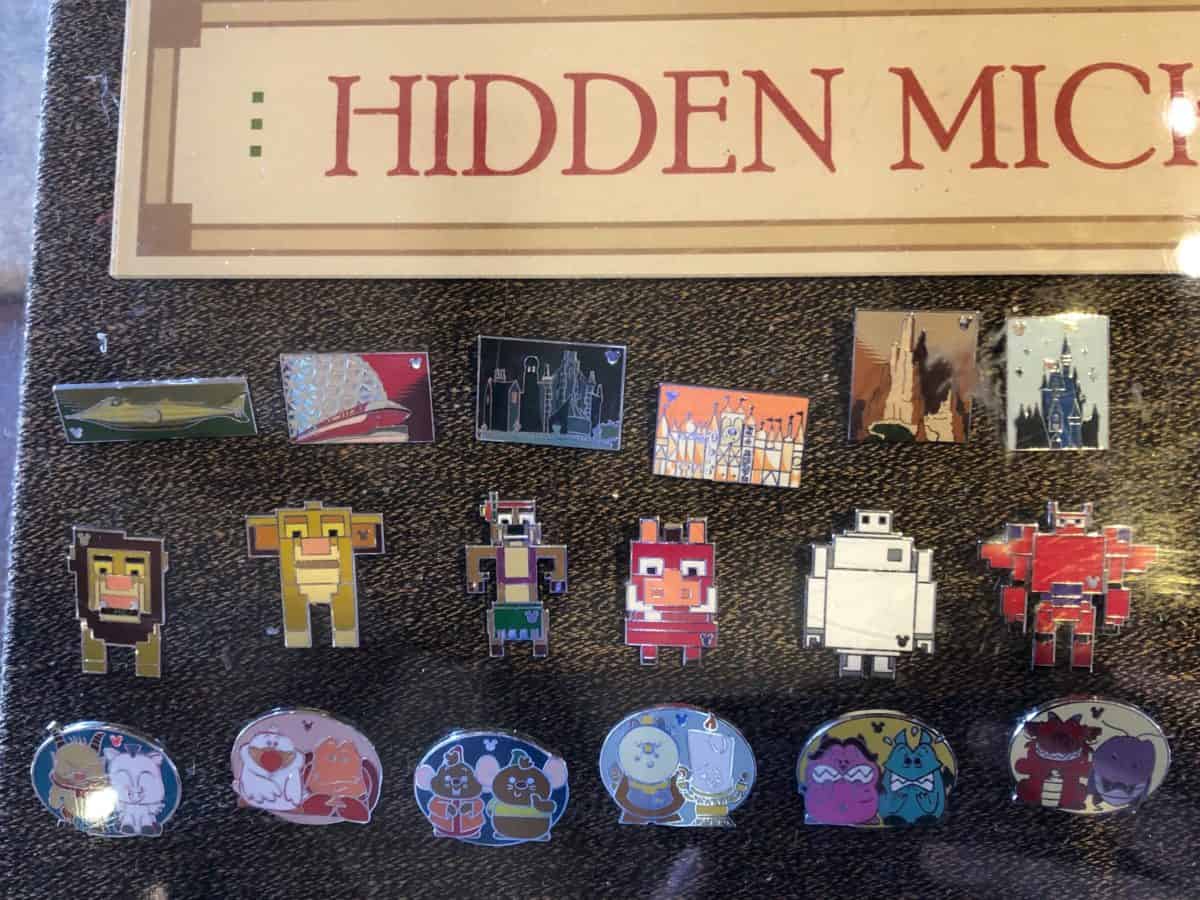 The top features various parks-themed pins, with scenes featuring the Nautilus (20,000 Leagues Under the Sea), The Haunted Mansion, the Monorail at Epcot, the “it’s a small world facade”, Big Thunder Mountain, and Cinderella Castle. 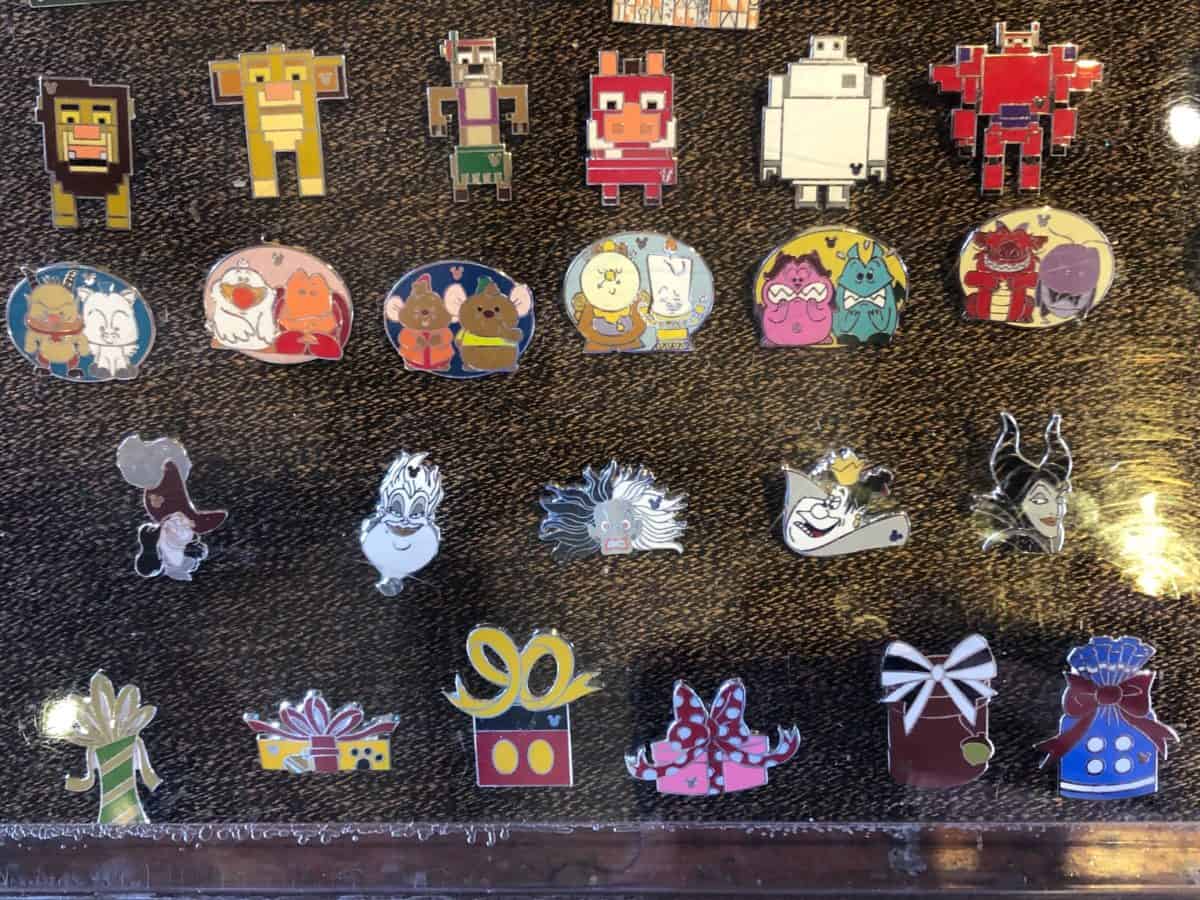 There’s also characters from The Lion King and Big Hero 6 in Crossy Road style and adorable friends from Disney movies all in pairs, like Cogsworth and Lumiere, Jaq and Gus, Mushu and Cri-Kee, Pain and Panic, and Phil and Pegasus.

Another row includes a set of Disney Villains, including Captain Hook, Urusula, Cruella de Vil, the Queen of Hearts, and Maleficent. 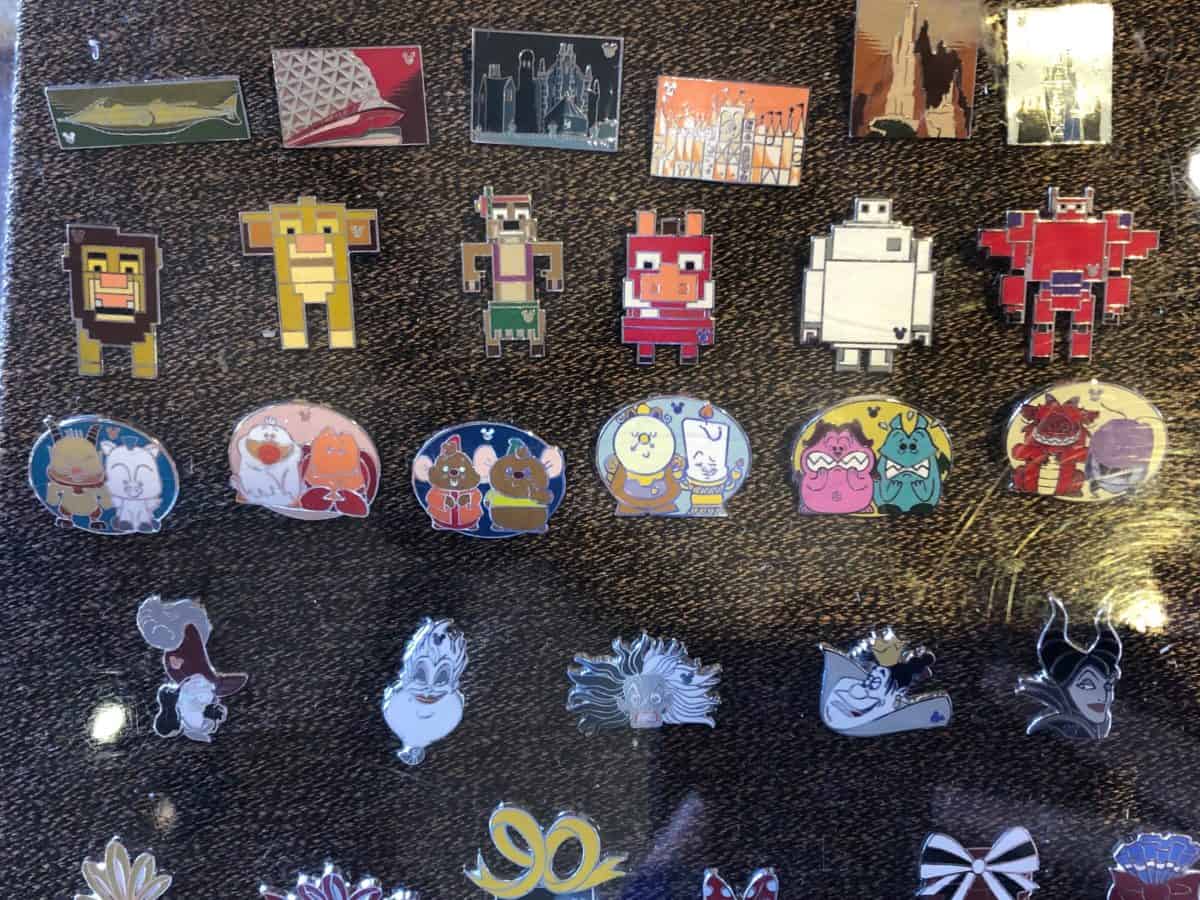 The bottom row includes the Mouse Part set, a series of boxed and wrapped presents themed to the Fab 5. 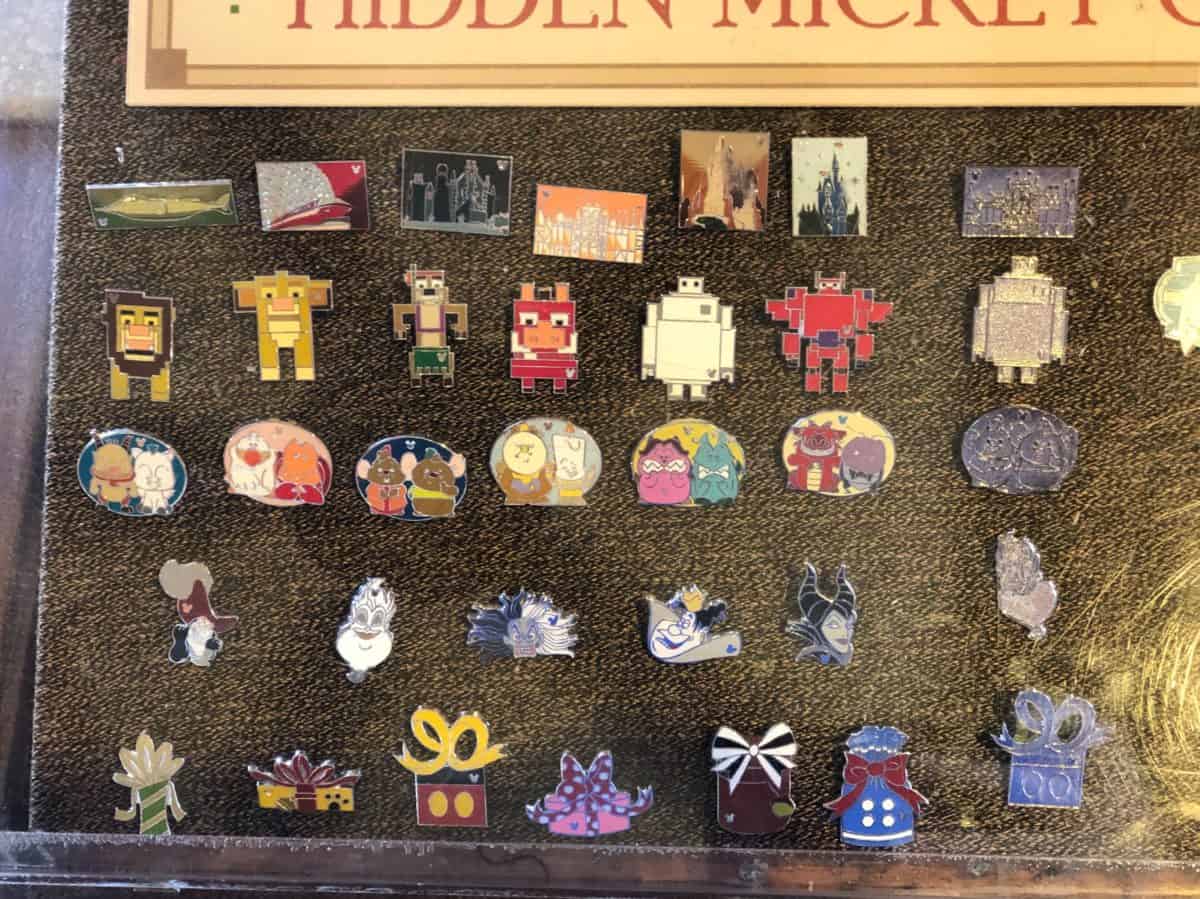 Those mysterious looking pins at the end of each set that are missing enamel are also part of the sets.

Hidden Mickey pins are only available by trading with Cast when they are first released, but these occasionally are sold as blind bag boxes containing two pins for a set price.

Previous
Disney-Fox Merger Approved by Brazilian Authorities, Could Be Finalized In Weeks

Next
PHOTOS: Even More Merchandise from the Happiest Place On Earth Collection at Disneyland Resort