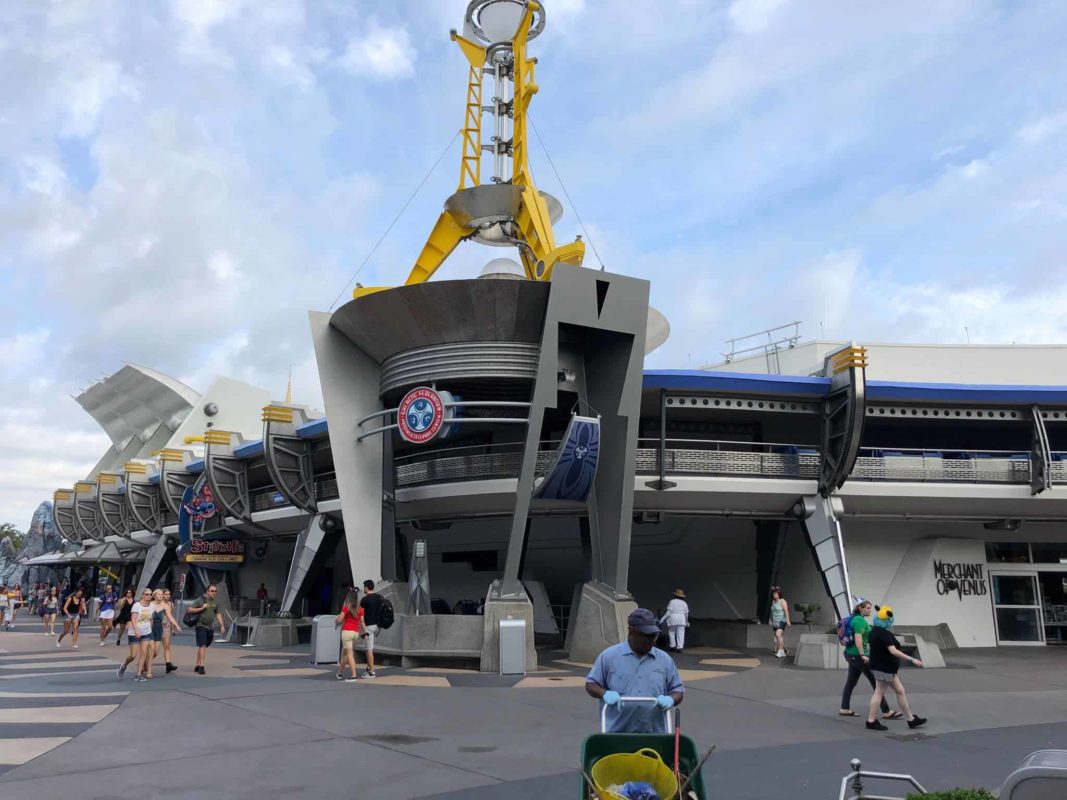 As you may or may not know by now, Tomorrowland’s been undergoing a bit of a transformation as of late, with new swatches of paint popping up all over walls in the land and the Tomorrowland Speedway getting a bit of a lift in preparation for its grand, smelly reopening. Over at Merchant of Venus, however, things are looking a bit more stark. 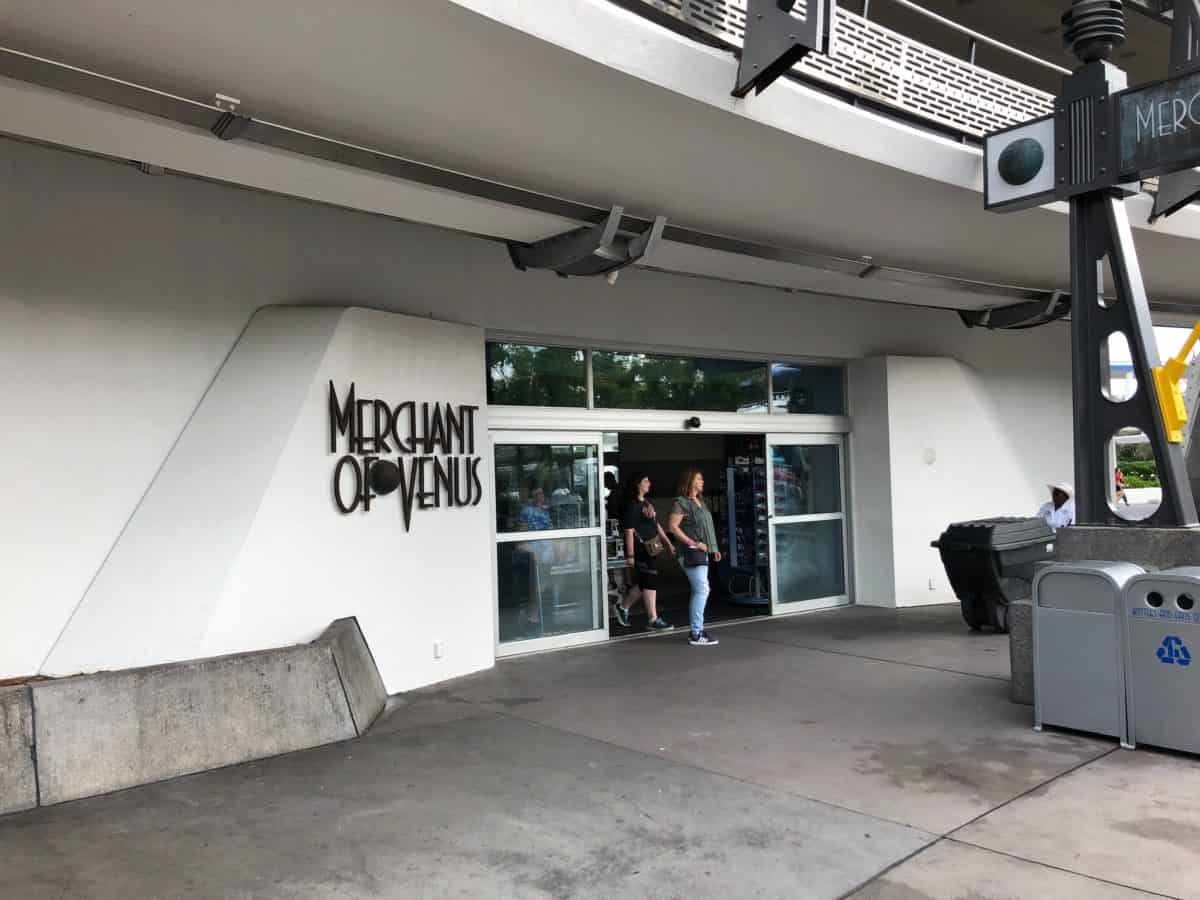 Instead of getting a swatch of color, it seems the entire facade of the store has gotten a bright coat of… white paint. 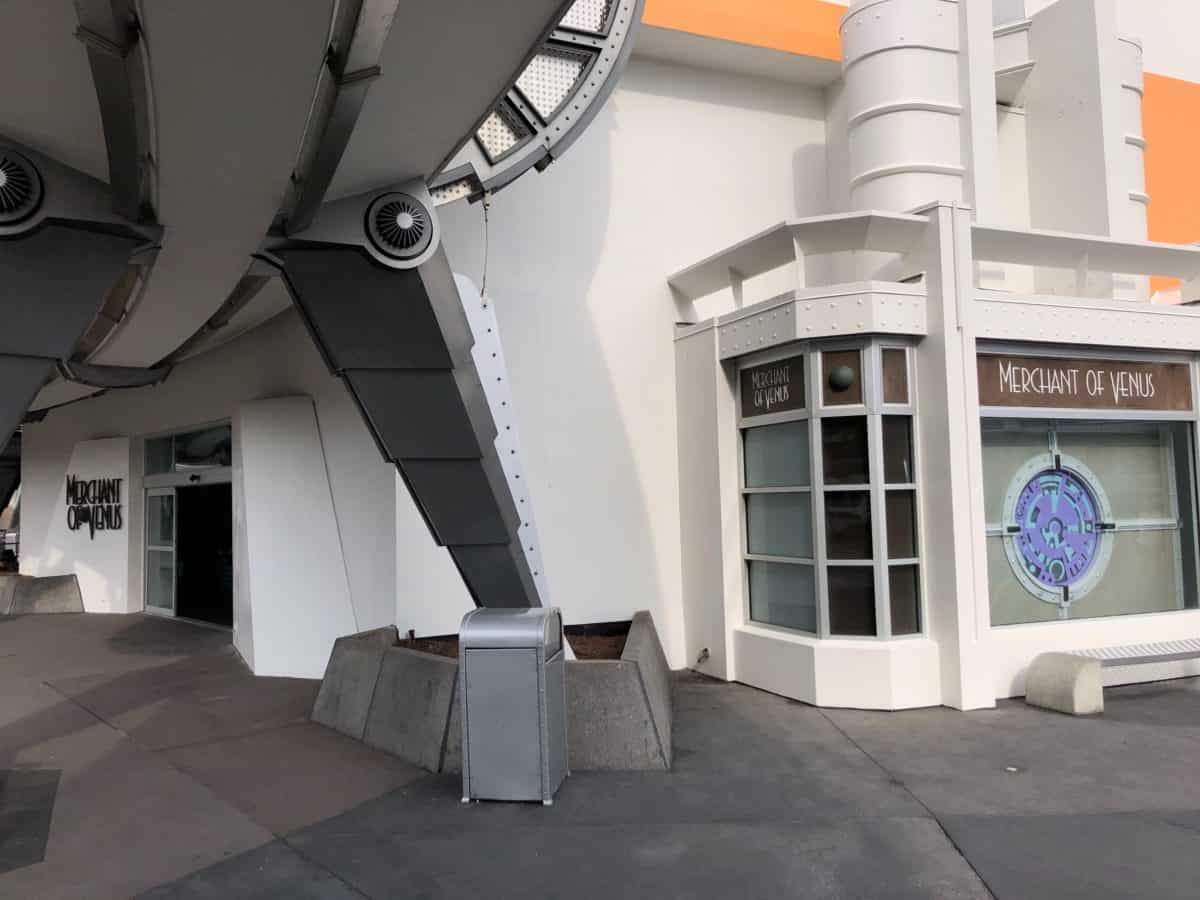 The white wraps around the exterior, making its way around and over to the Stitch character greeting entrance. 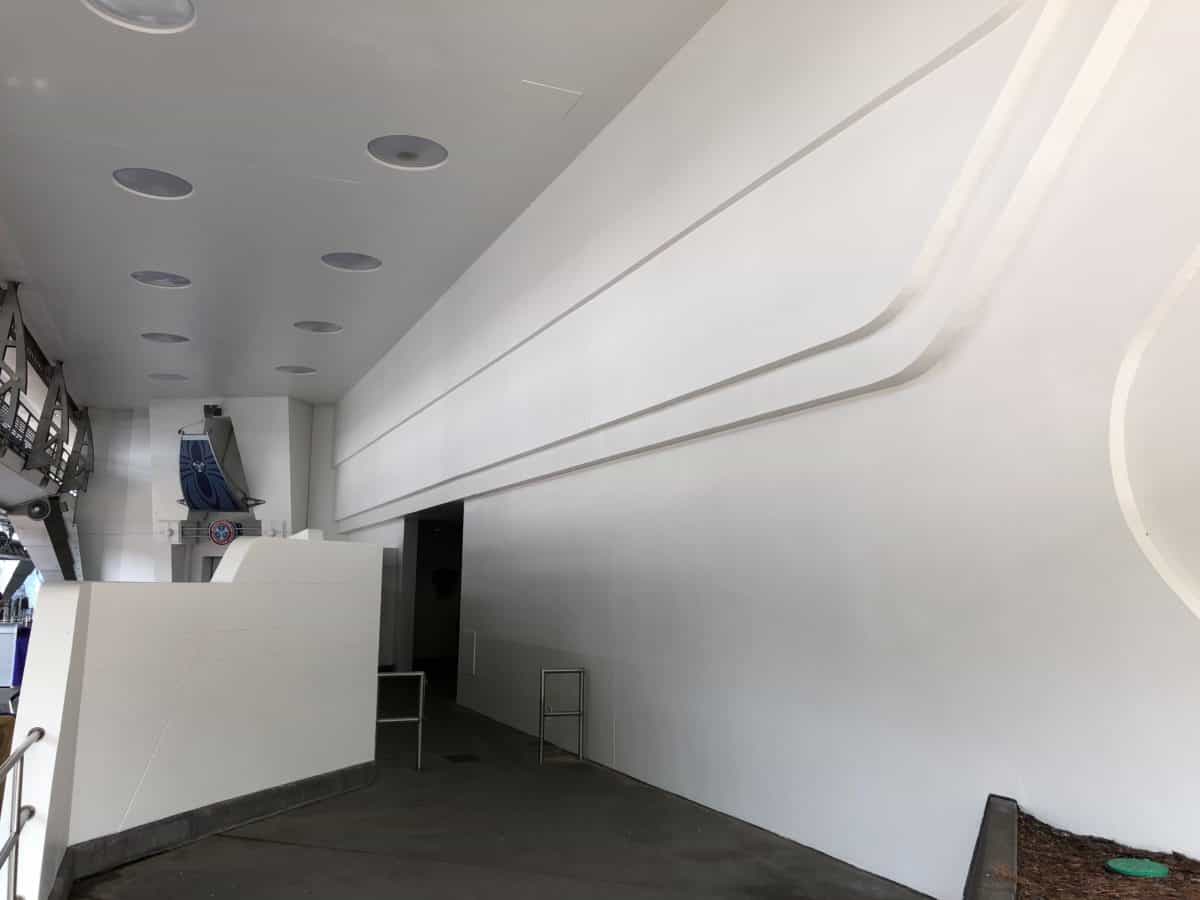 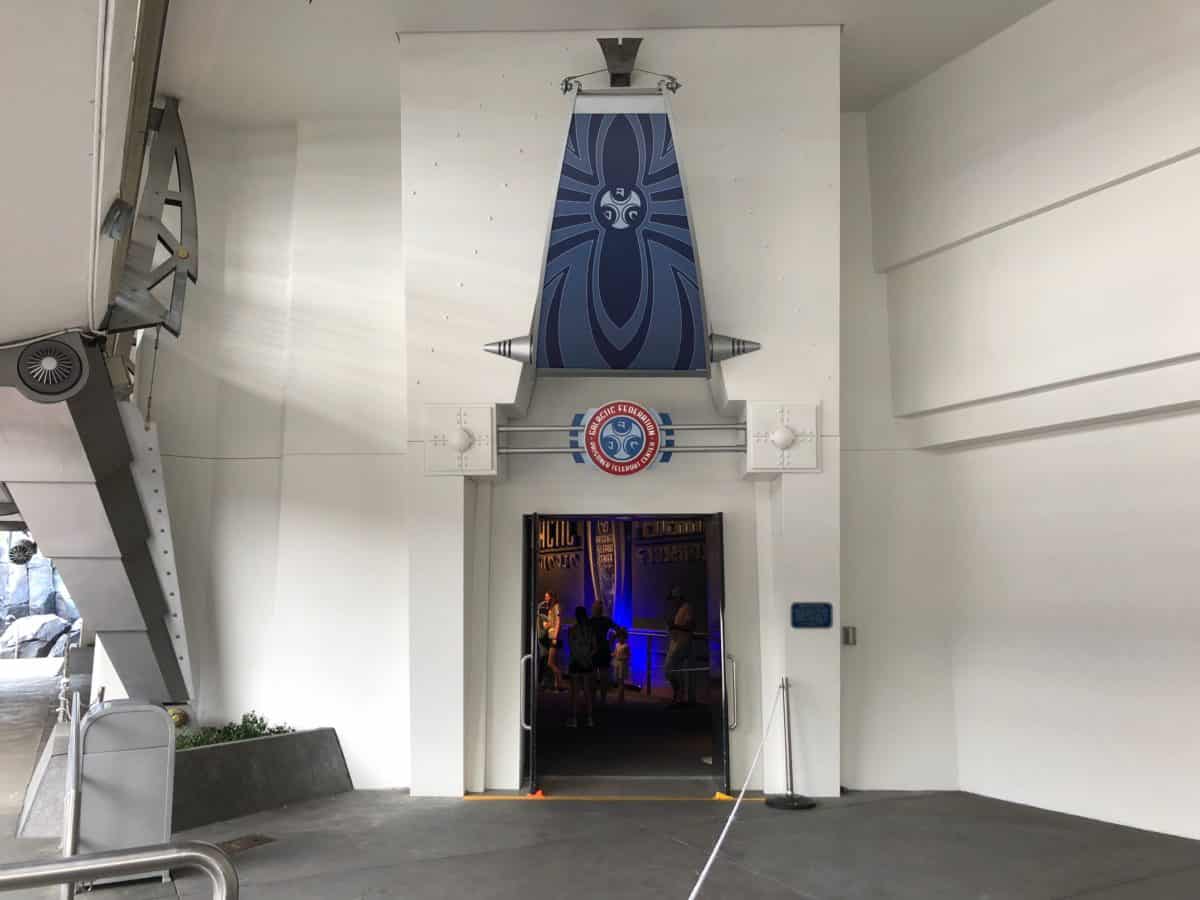 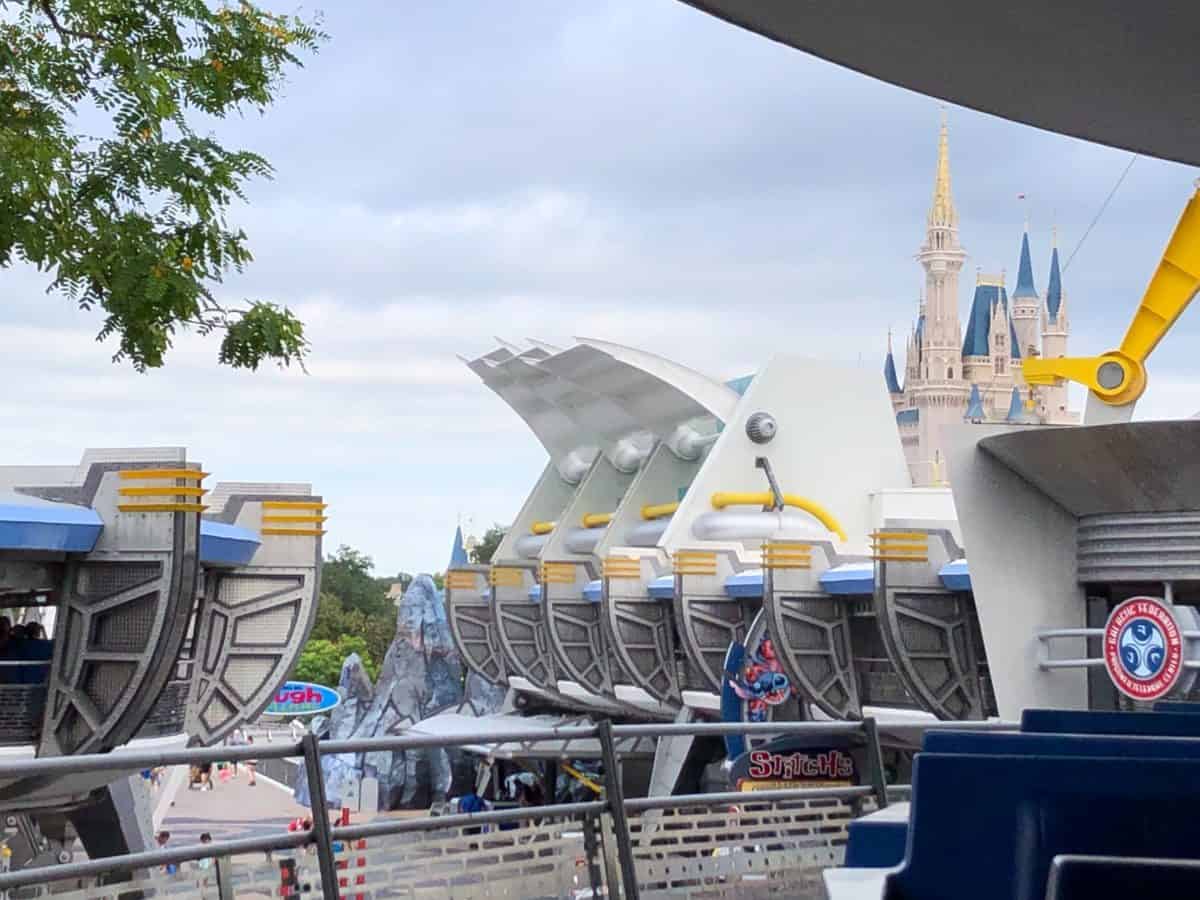 Here’s an overview of what things currently look like from the PeopleMover. The top metal fins have been stripped and painted white as well, which means those yellow pipes and purple accents are pretty much all that’s left in terms of color. 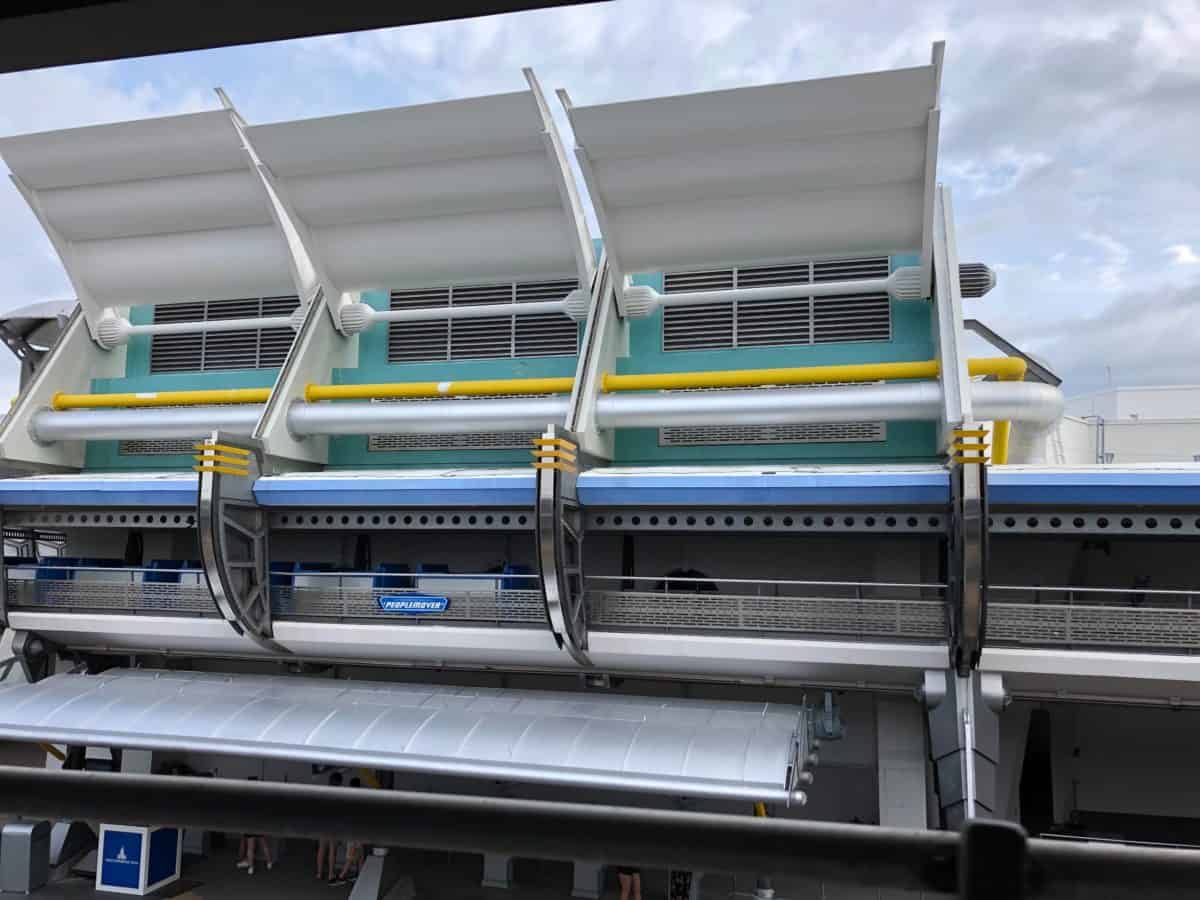 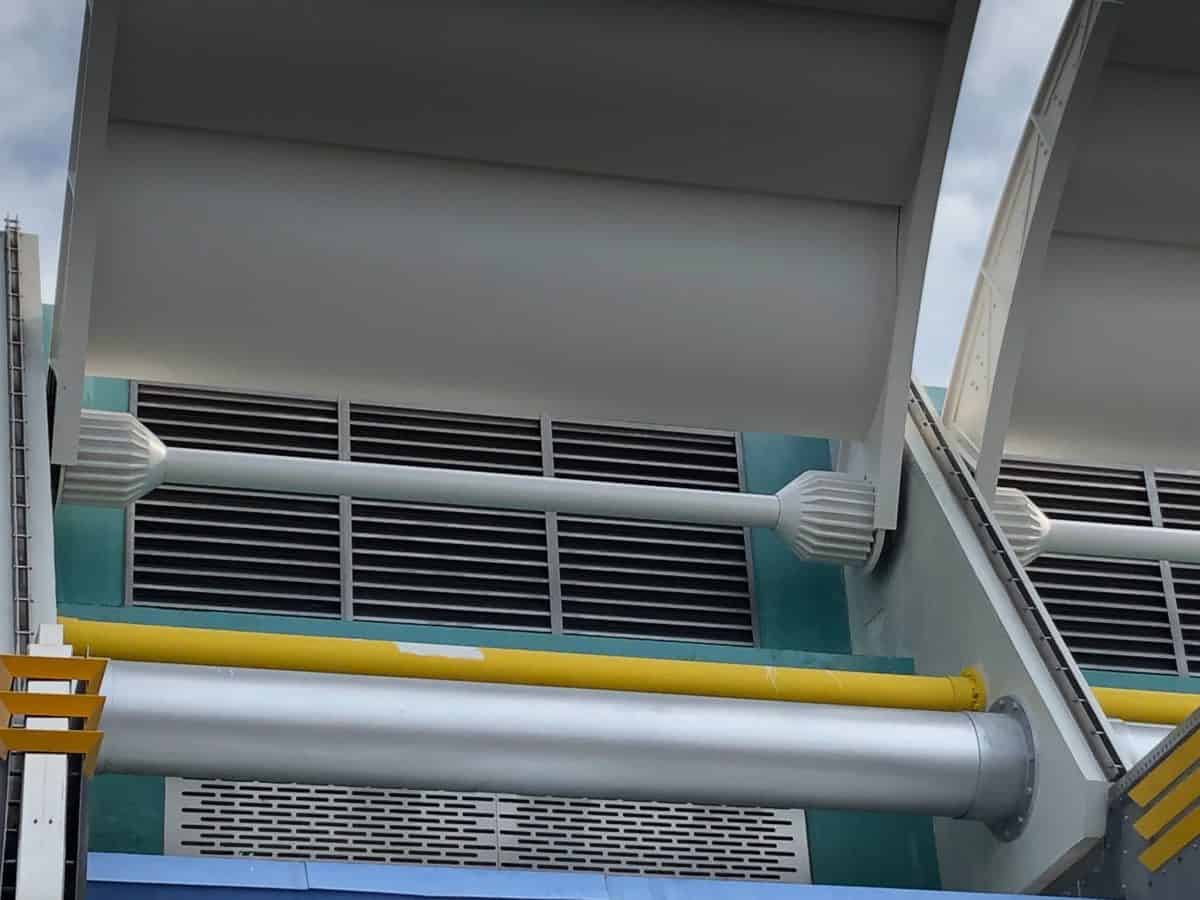 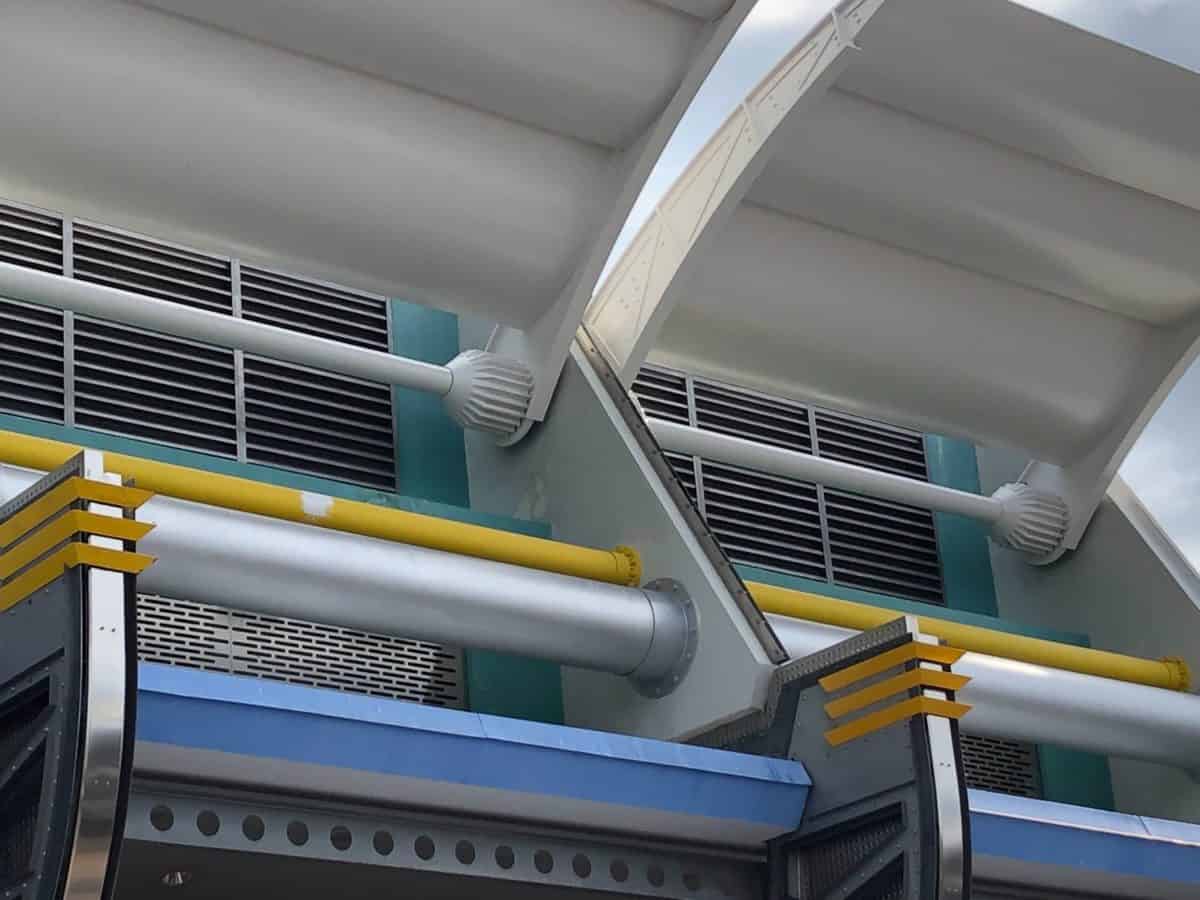 They’ve even got white paint on some of the yellow pipes, so it’s anyone’s guess as to what ultimately will happen with them. 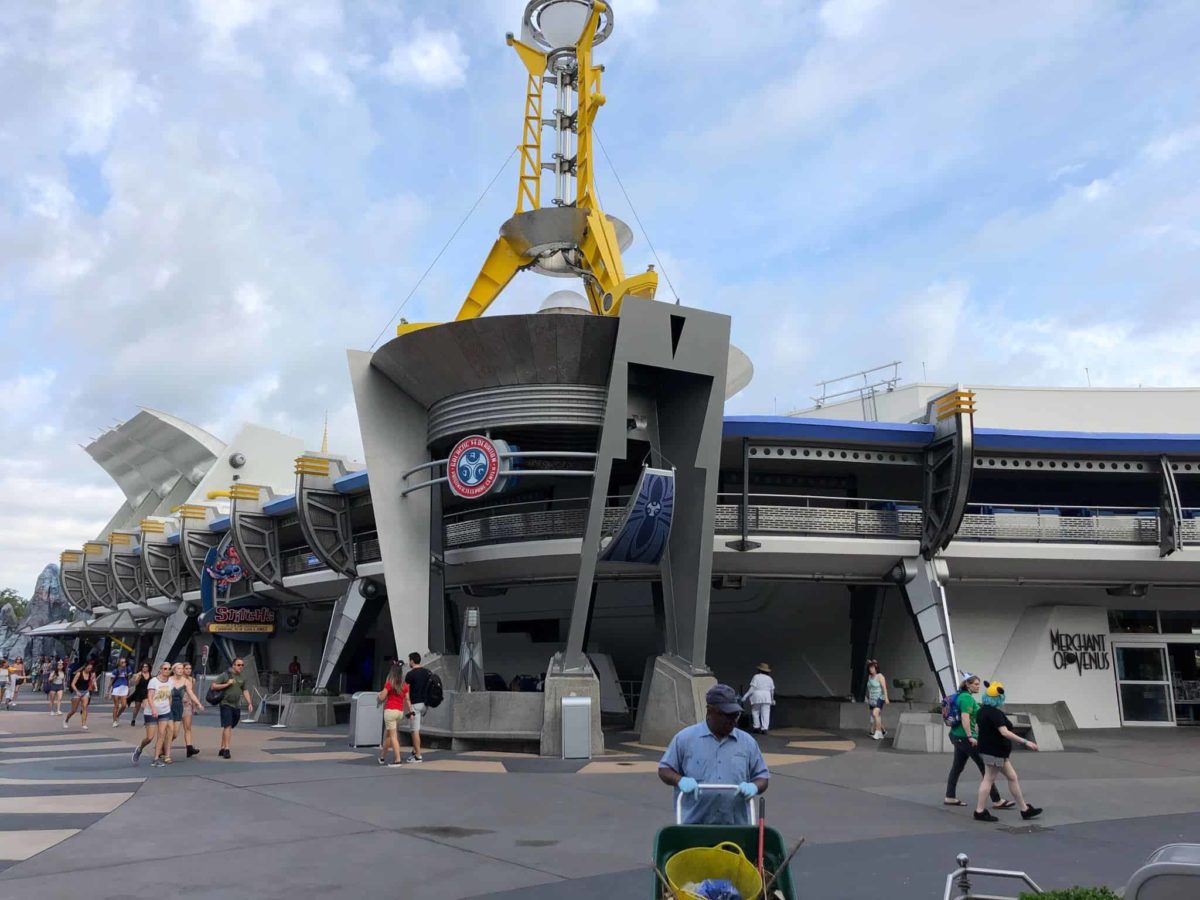 A view on the ground of the white-on-white situation. 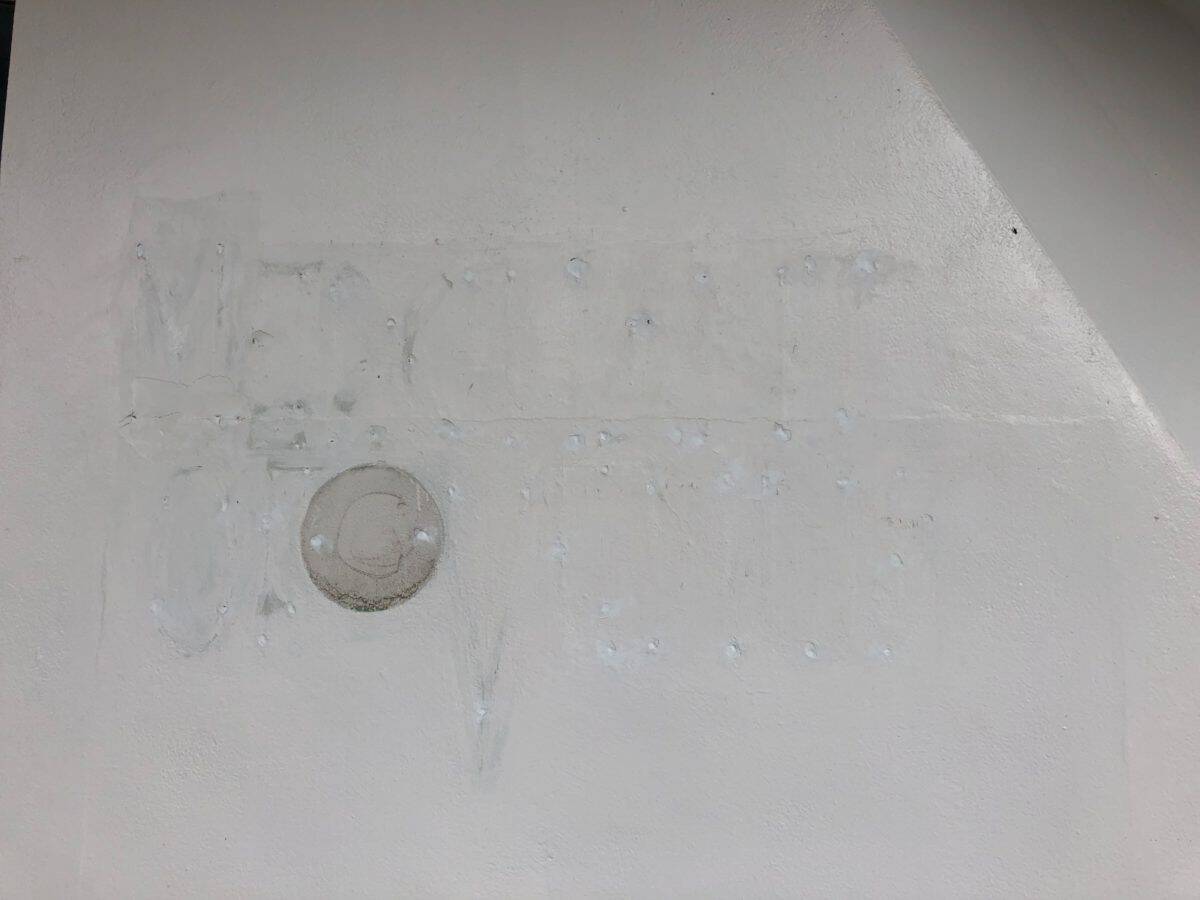 Upon closer inspection, we also realized that the second, mirroring Merchant of Venus sign had been removed. The wall still shows signs of damage from the removal. 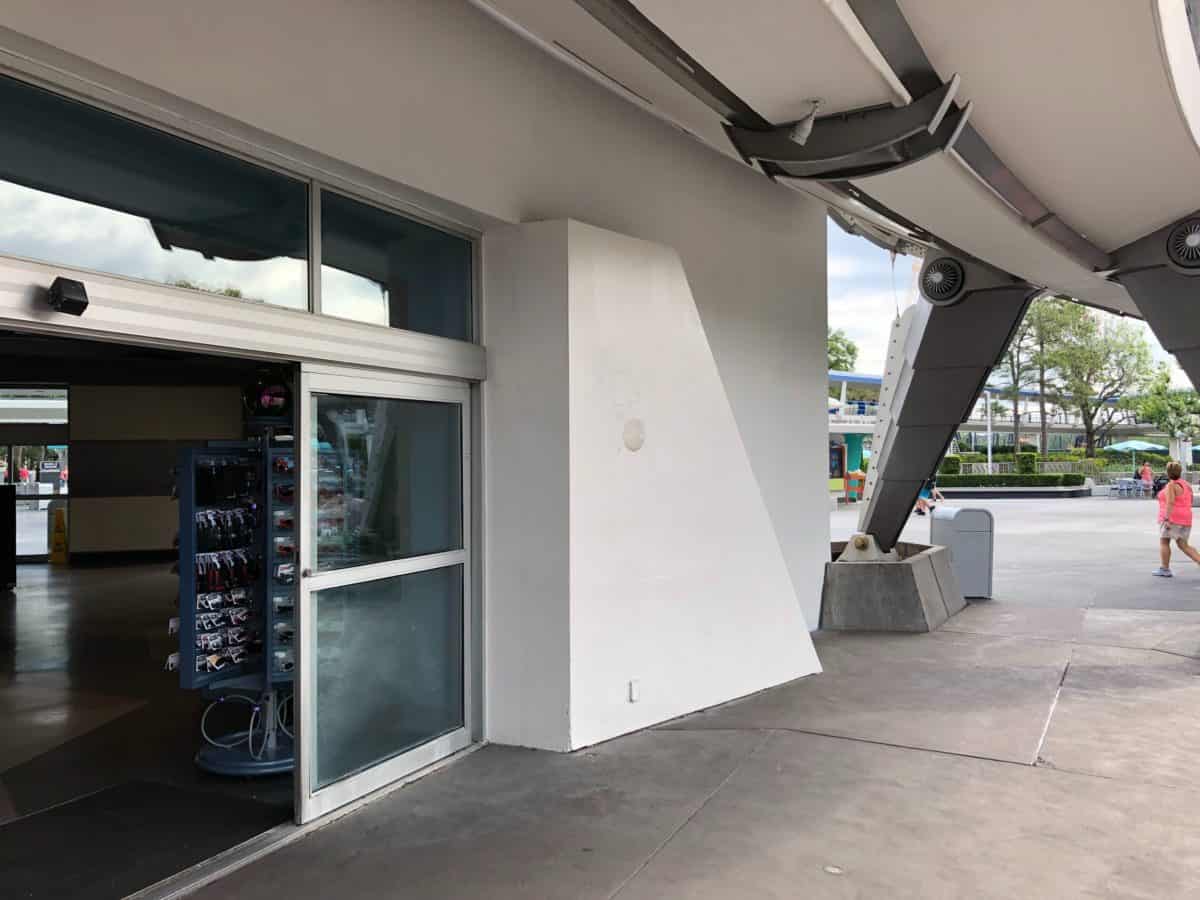 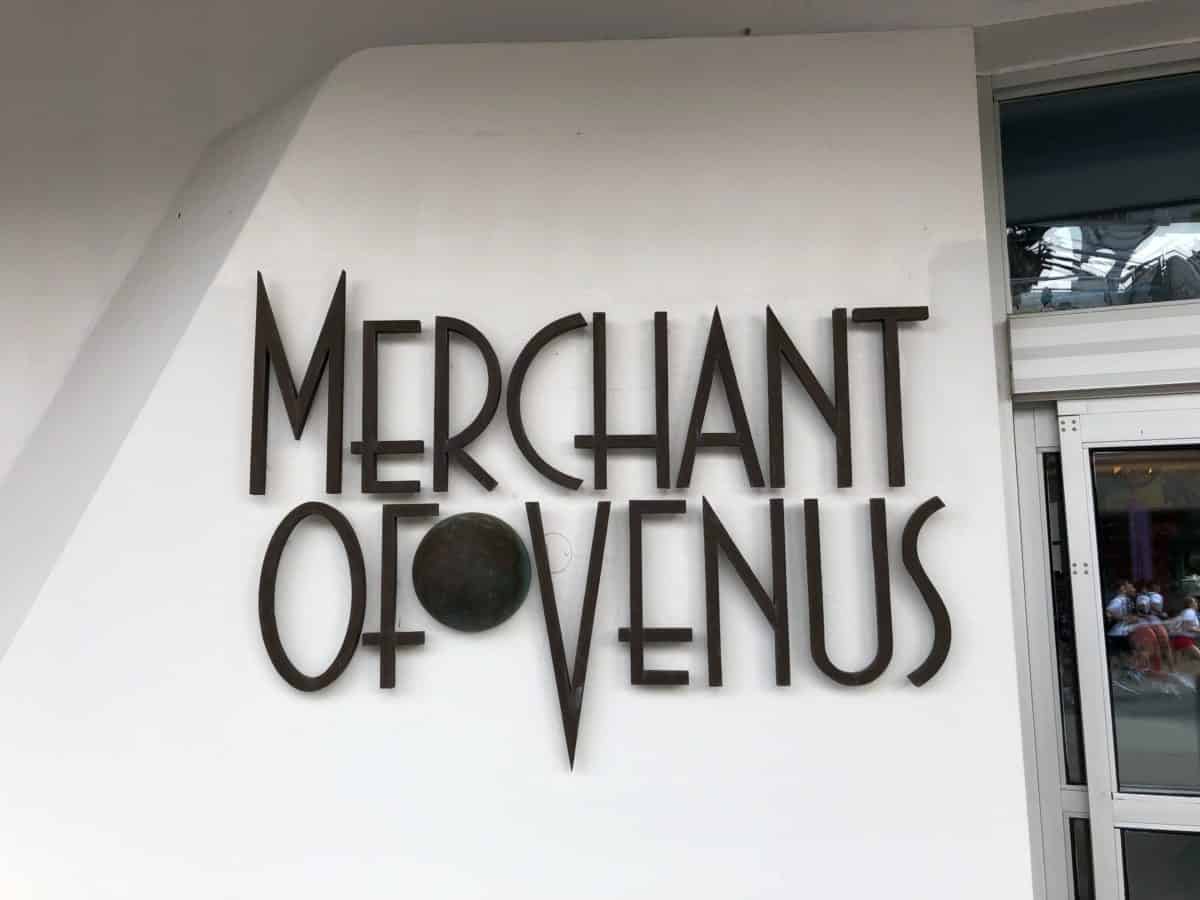 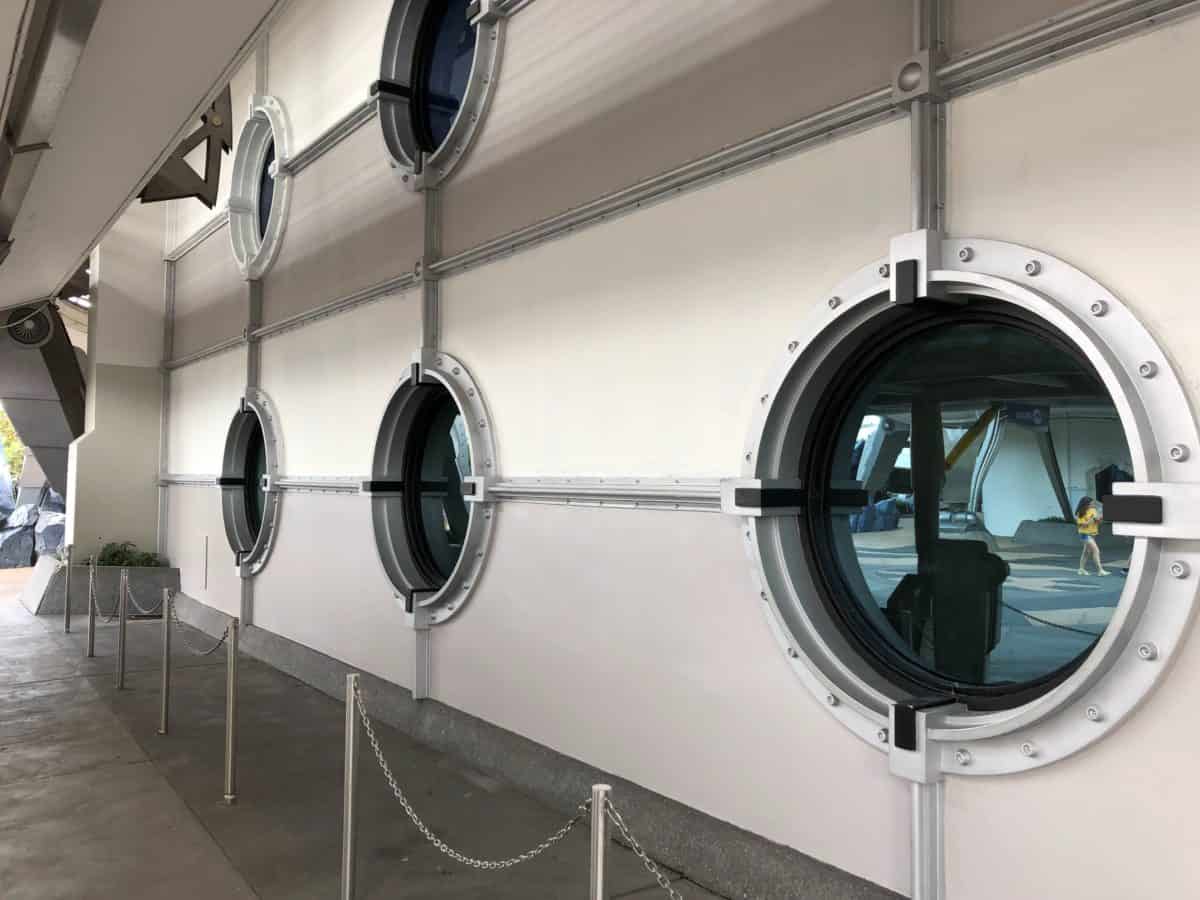 The white middle sections in between these bay windows are actually painted with primer, so we’re hopeful they’ll be painted over with some pop of color. 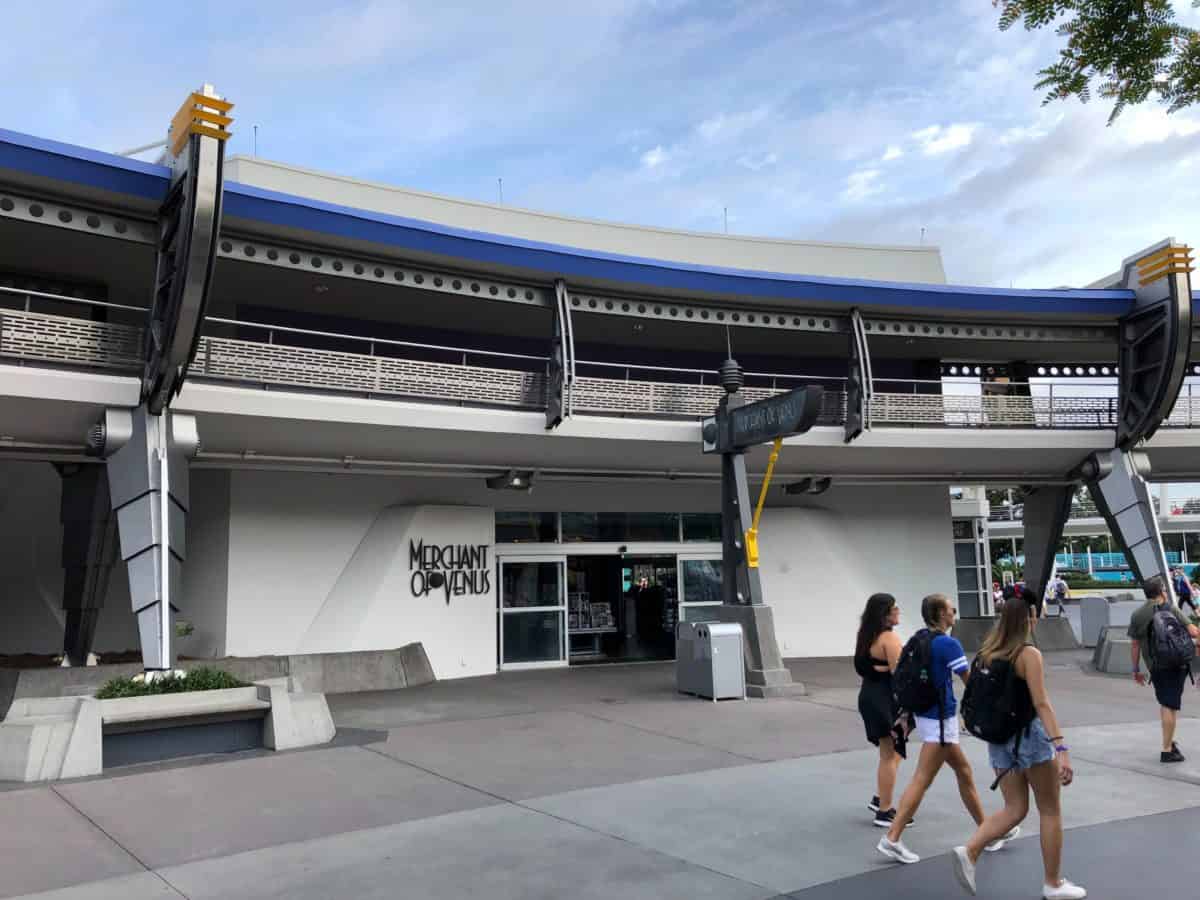 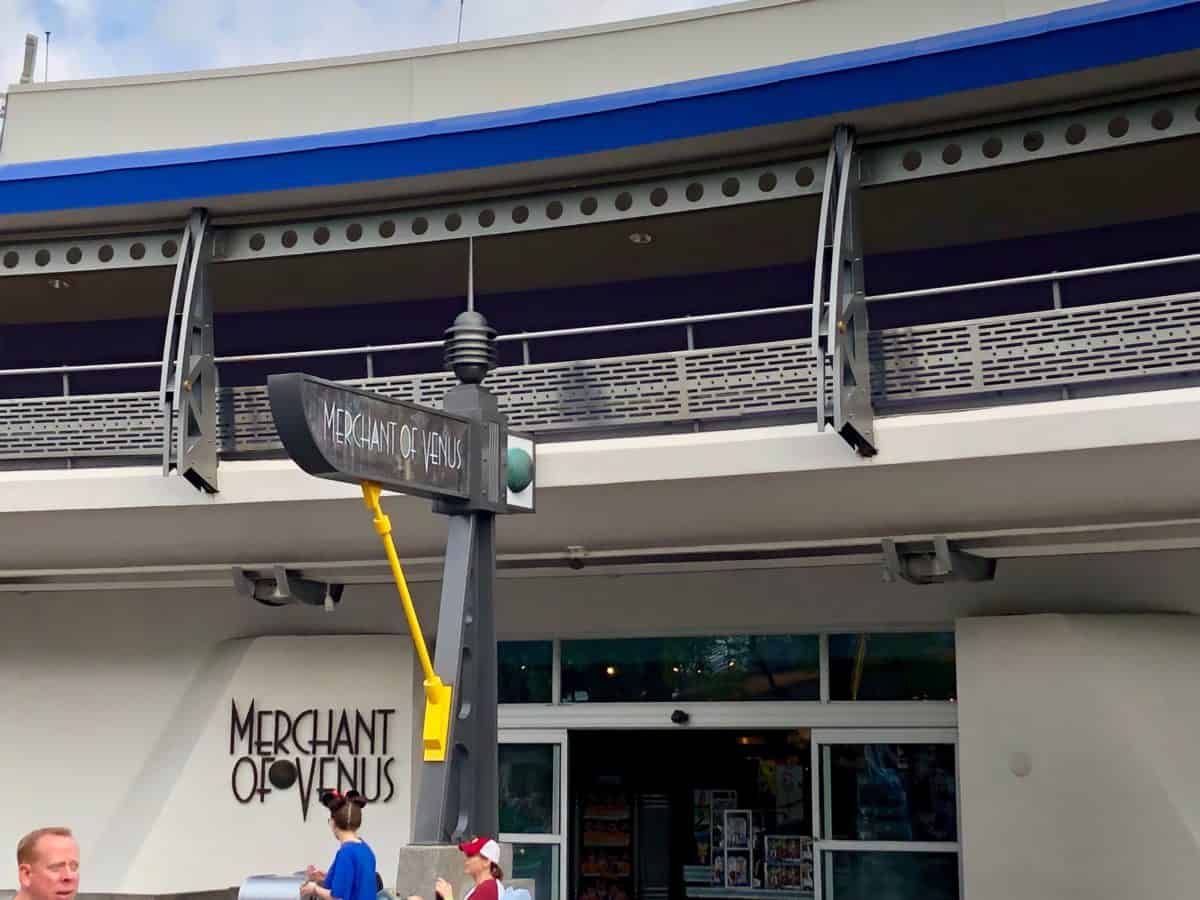 There’s still that swatch of periwinkle purple on the top of the store, lining the PeopleMover track, so we’re hopeful that some of it will stay, or that at some point the paint team will realize that all-white everything does not necessarily equate to futurism.

This is all a part of the ongoing refurbishment (and overhaul) of Tomorrowland in preparation for the opening of the TRON Lightcycle Power Run coaster that’s set to open just in time for Walt Disney World’s 50th anniversary in 2021. Walls have been painted in phases over the last two years, but this is all a part of the same overarching project that brought us the new retro Monsters, Inc. Laugh Floor sign and the infamous remodeled Purple Wall. We’ll have to wait and see what comes next.