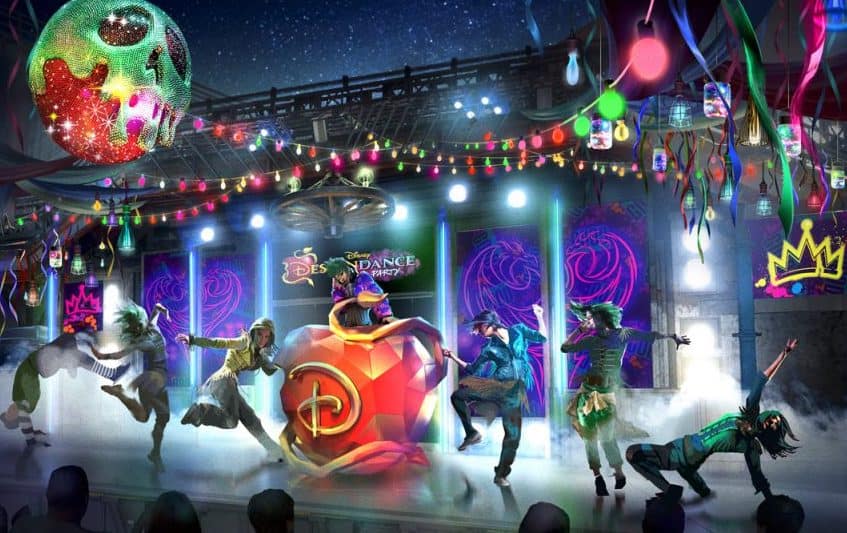 Are you ready to have a ghoulishly good time at the new Oogie Boogie Bash – A Disney Halloween Party at Disney California Adventure? This separately-ticketed party is packed with exclusive new entertainment and experiences, including the new “World of Color” spectacular – “Villainous!”

Disney has just released more details on the all-new tween interactive experience, The DescenDANCE Party, including some neat concept art:

Other party offerings, which have already been announced, will cater to the whole family:

This spook-tacular Halloween party is only offered on 20 select nights this fall. For more information and tickets to Oogie Boogie Bash – A Disney Halloween Party at the Disneyland Resort, visit Disneyland.com/HalloweenParty. “Descendants 3” premieres this August on Disney Channel.