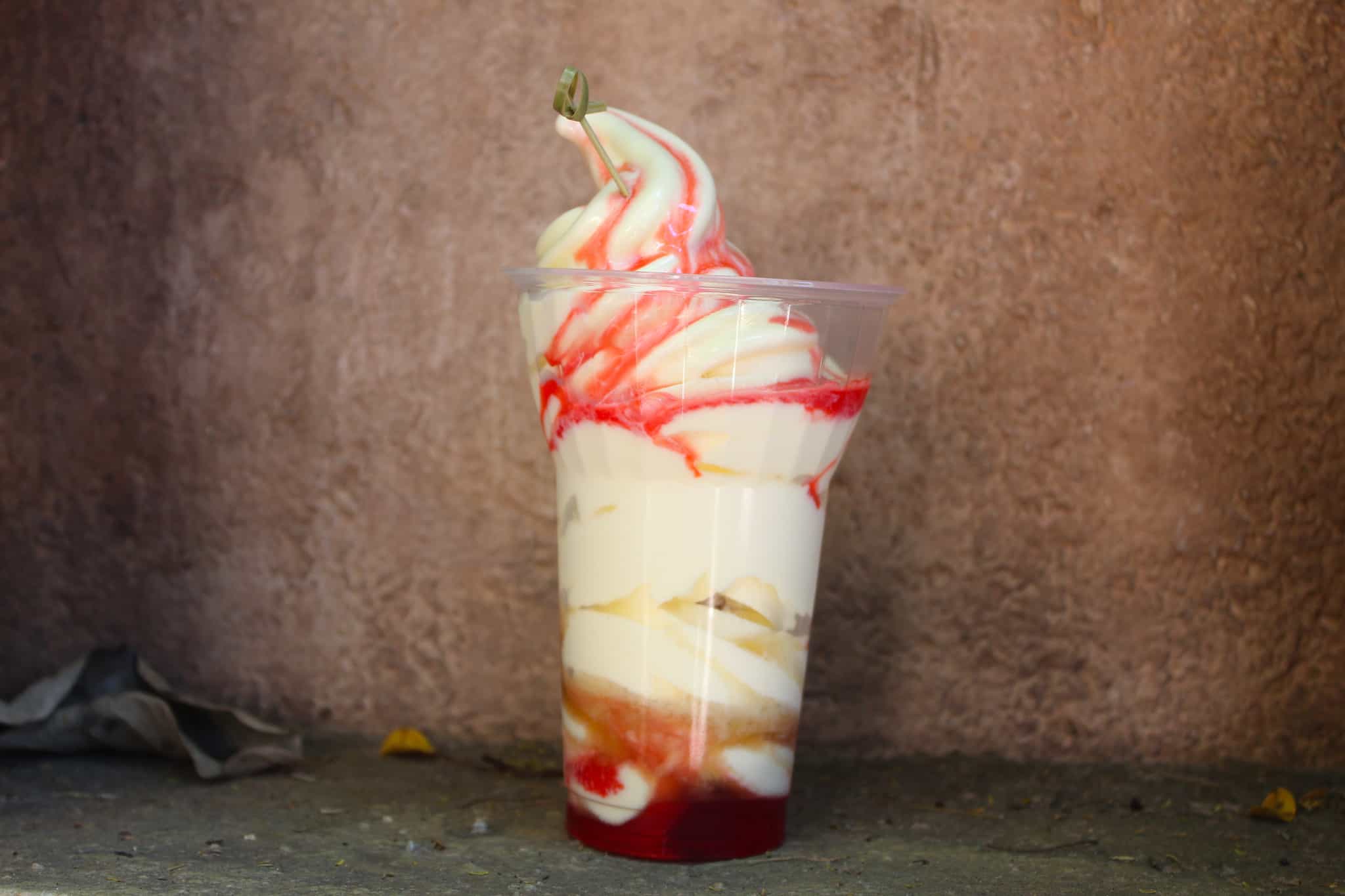 A jungle of eats and treats celebrating “The Lion King” are now available at Disney’s Animal Kingdom, and we’re reviewing one of the more… macabre ones. 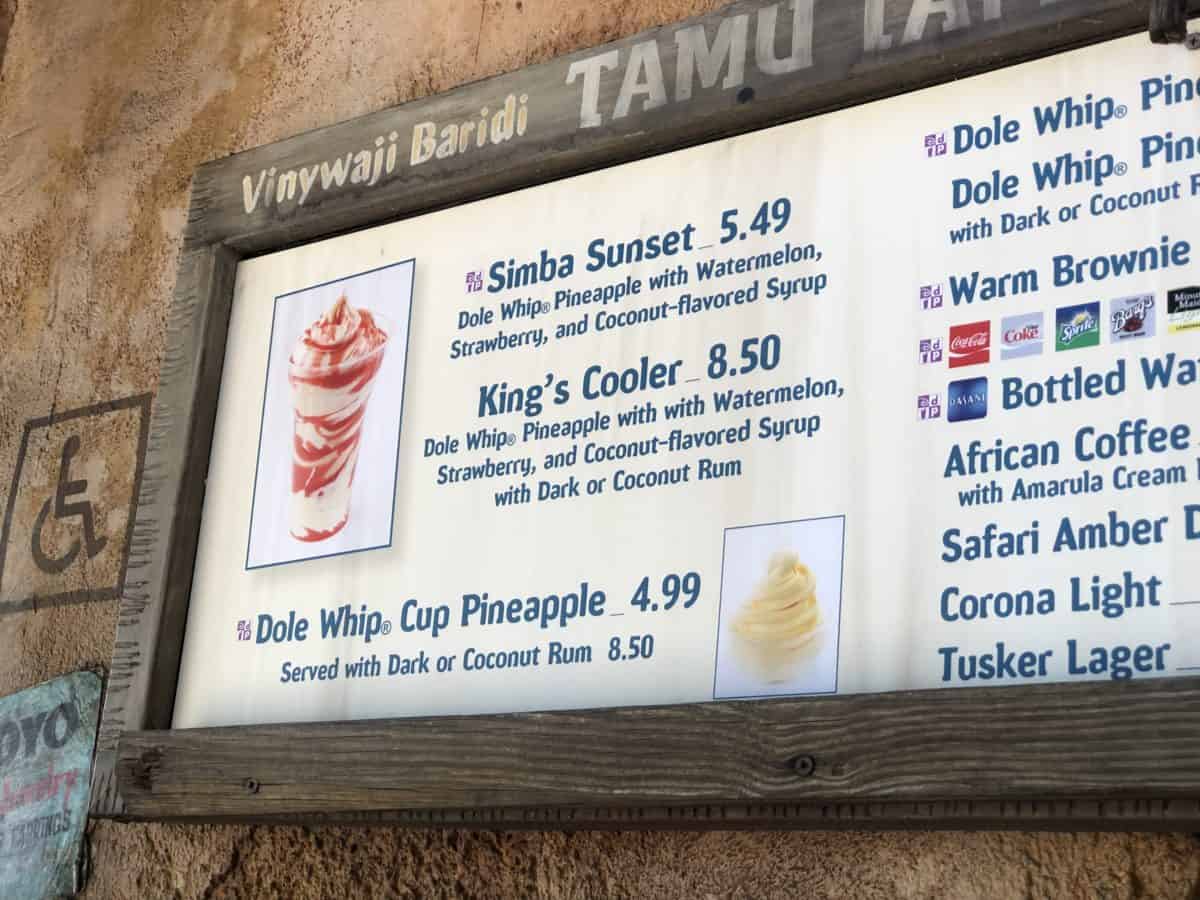 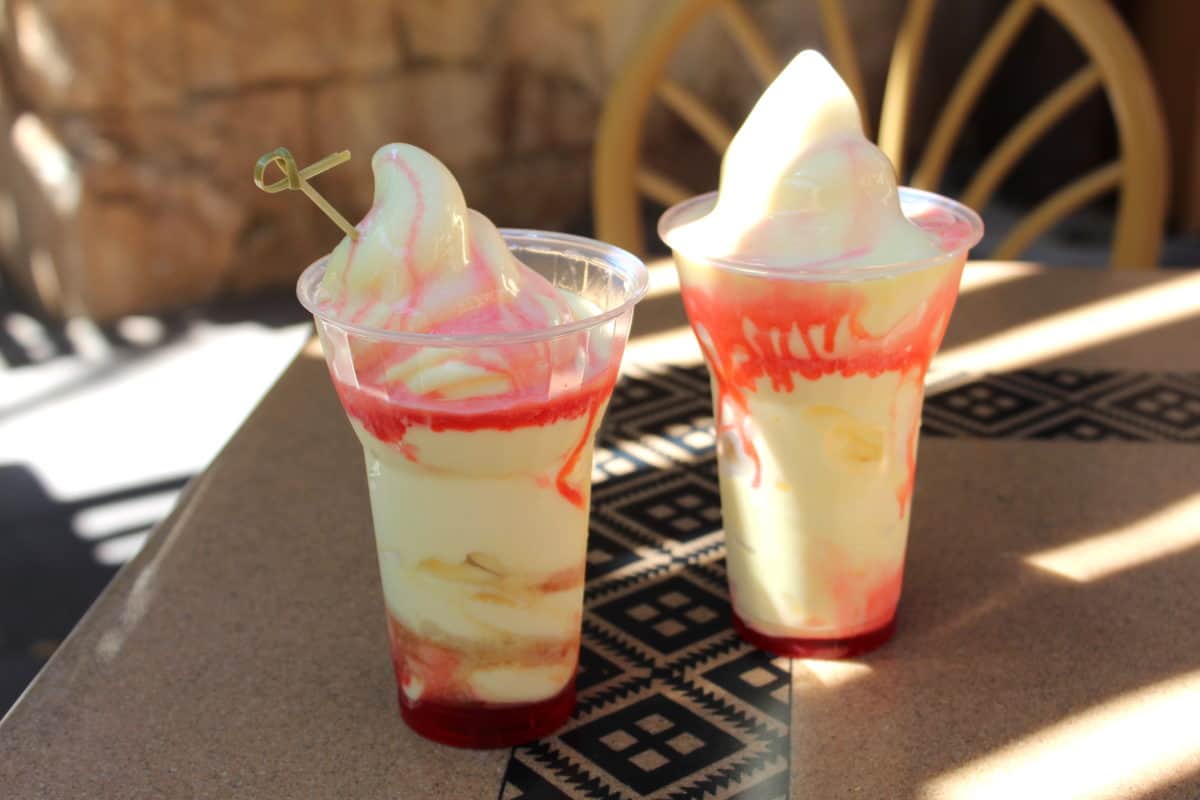 The Simba Sunset Dole Whip Float is a Pineapple Dole Whip topped with red syrup made up of watermelon and coconut for just $5.49. With the King’s Cooler, you also get the option of dark or coconut rum added to it for $8.50. (I mentioned macabre earlier in the review because I likened the red syrup to the blood of Mufasa, but I get that allegory is not for everyone… I apologize.) 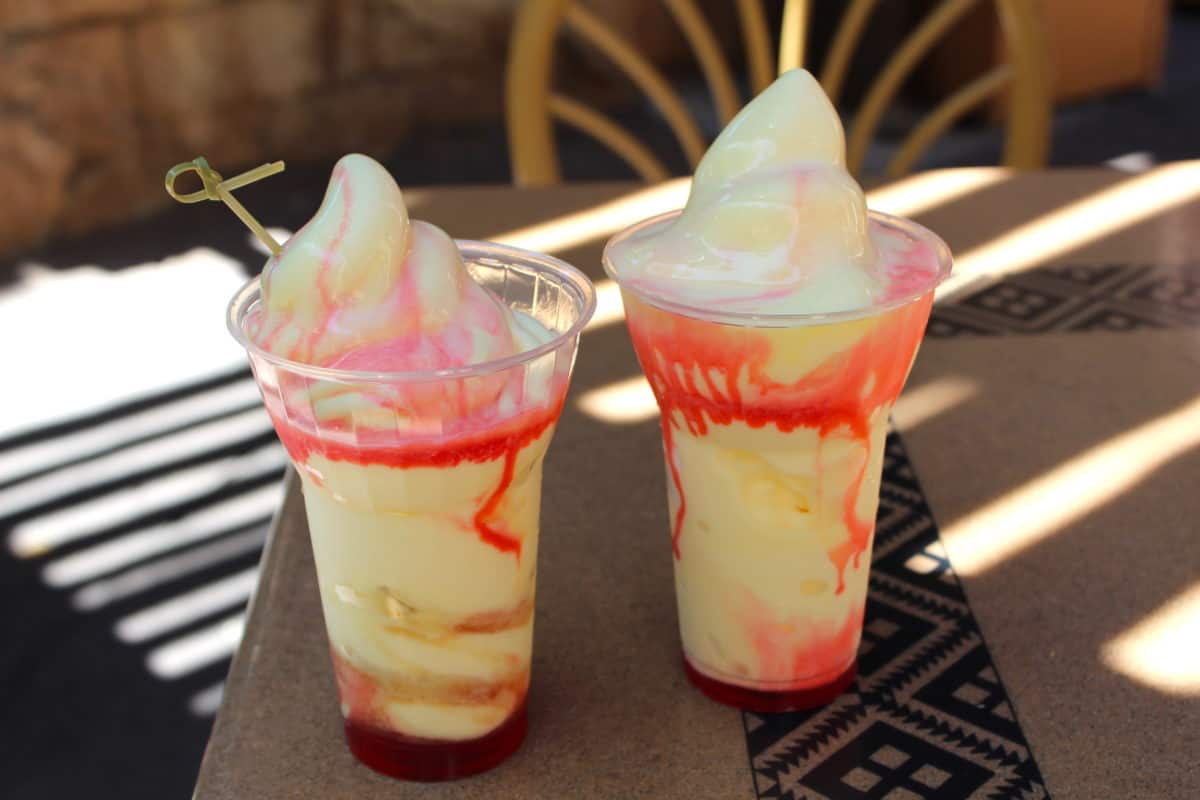 We got both… you know, for comparative purposes. 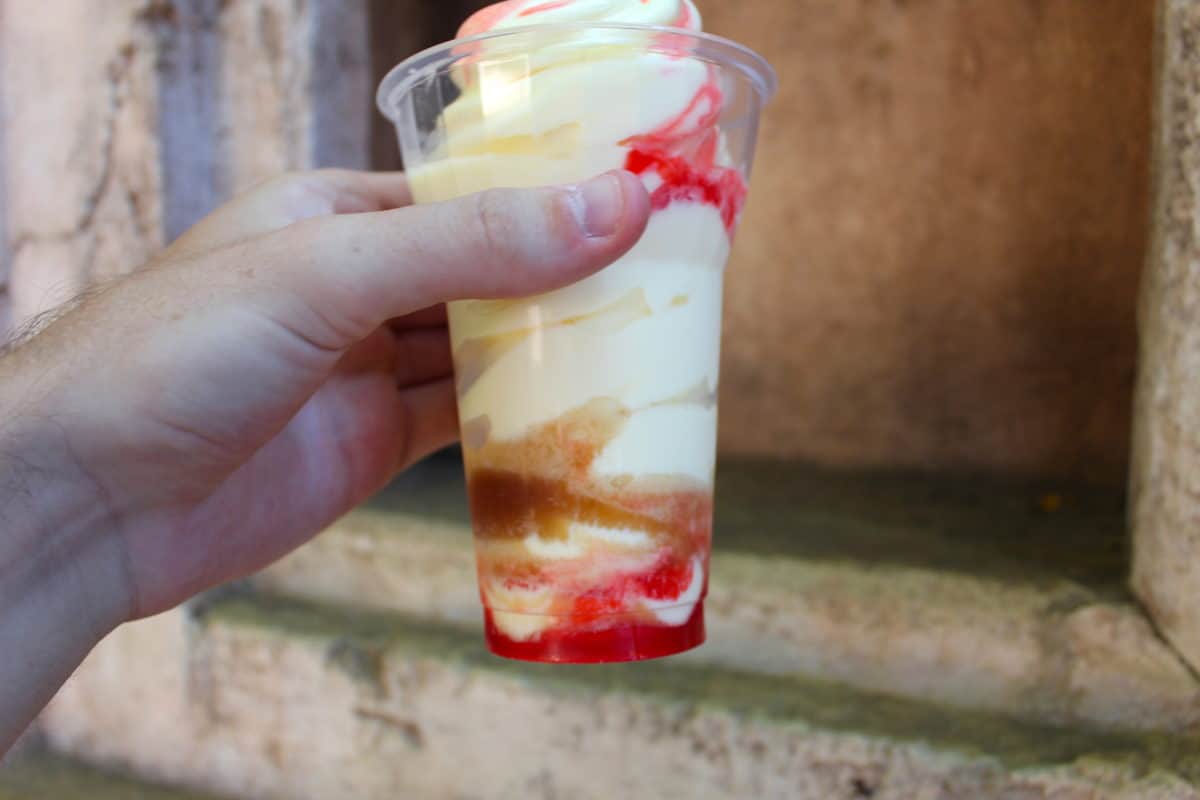 Here you can see the swirl of dark rum in the King’s Cooler. 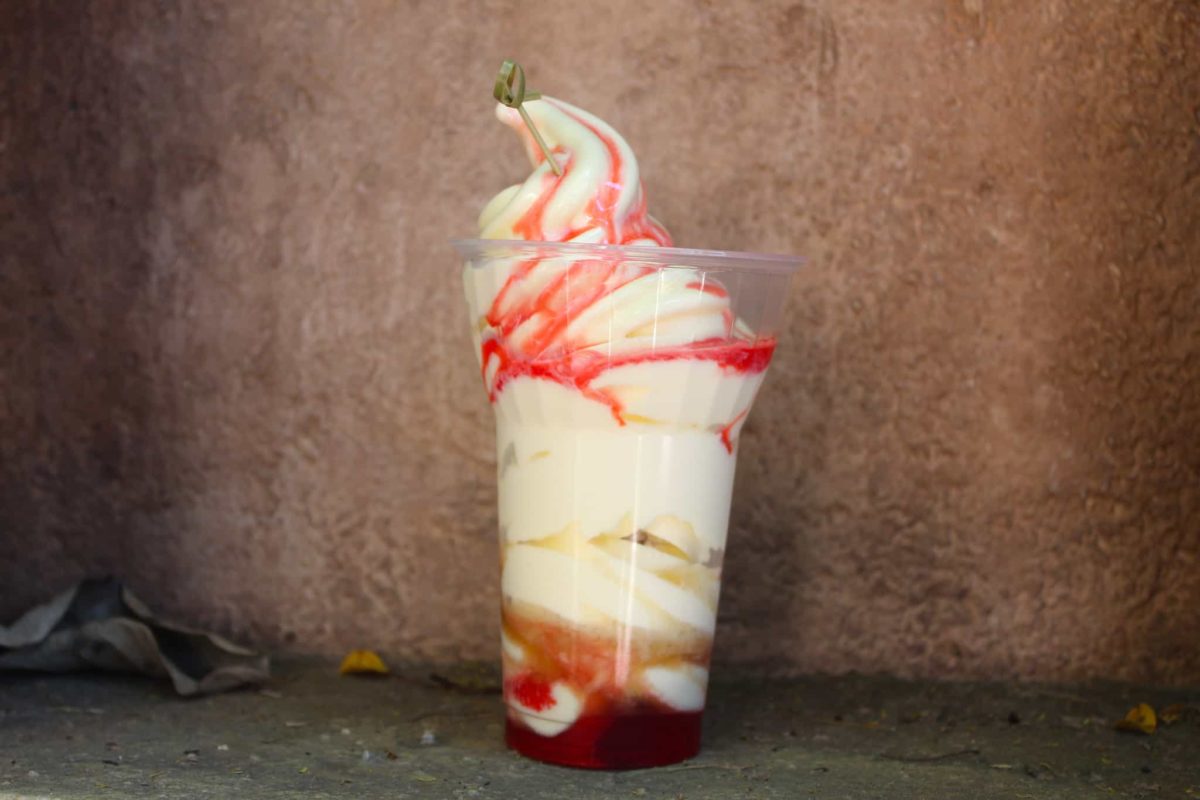 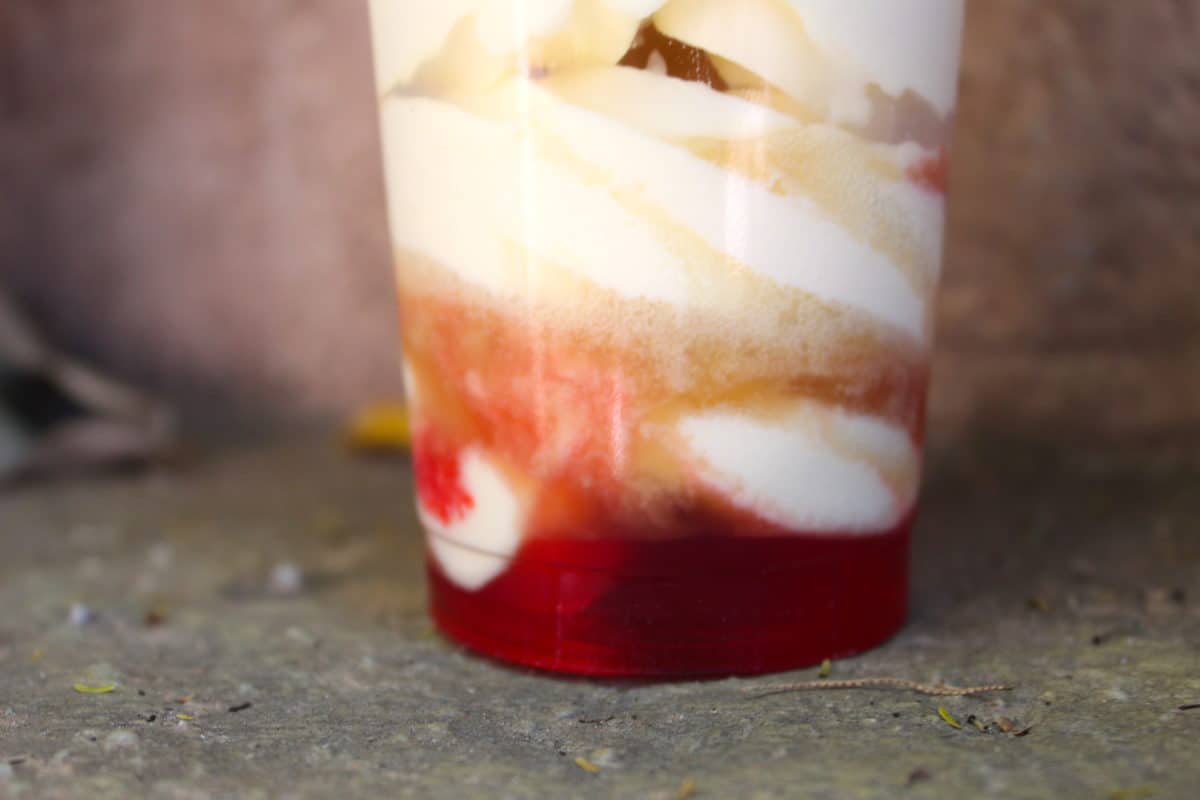 As far as Dole Whips go, this one’s rather unadventurous, with light artificial hints of watermelon every now and then from the syrup. Otherwise, it’s just a regular Dole Whip. The added dark rum in the King’s Cooler makes it more flavorful and added almost necessary extra kick to the treat. 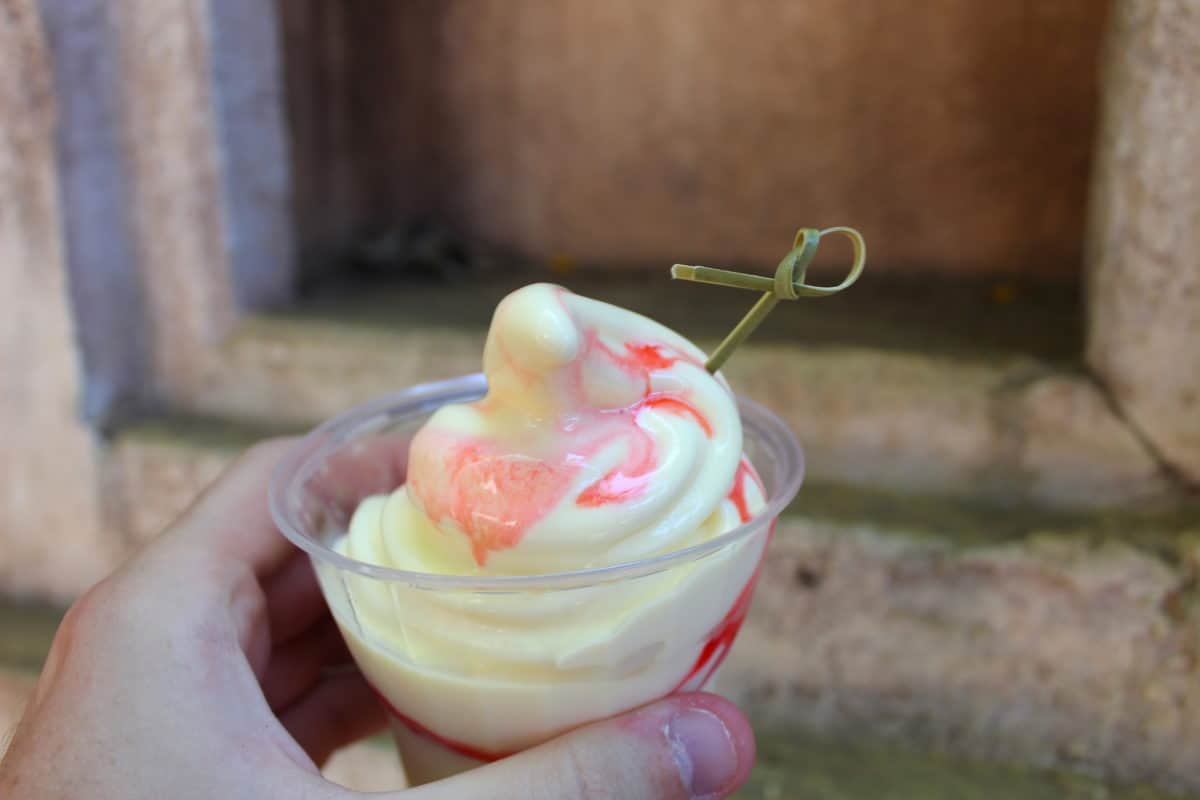 The Simba Sunset Dole Whip and King Cooler are both frozen, sweet concoctions, so they’re another great option for a hot Animal Kingdom day, but do keep in mind that if artificial watermelon flavor is not your thing, the taste might be a bit overpowering. If you’re looking for something creamier, like soft serve, make sure you check out our Bugs ‘n’ Grubs waffle cone review!

This and the whole slate of Lion King treats will be available through the end of summer.