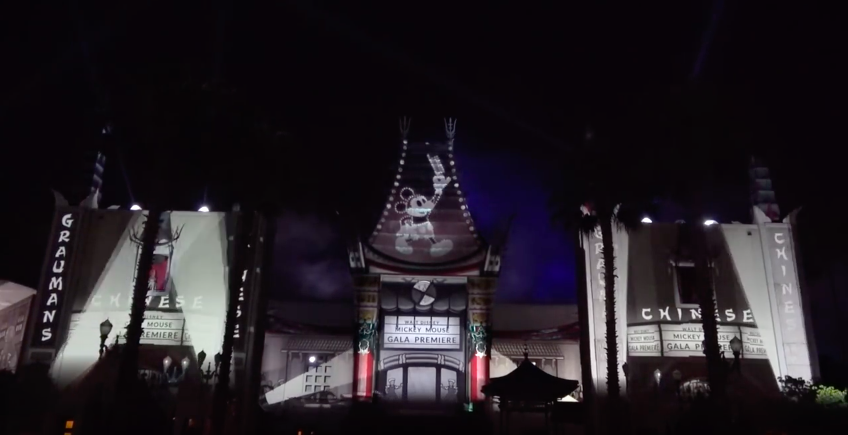 Happy birthday, Hollywood Studios! You don’t look a day over thirty. To celebrate the park’s iconic movie-making legacy, Disney has created a new nighttime projection show––The Wonderful World of Animation––that will light up the park for its official debut on May 1. Watch in wonder as the façade of the Chinese Theatre is magically transformed – displaying this stirring tribute to animation. Behold spectacular sequences celebrating themes like magic, family, adventure, romance and friendship. Each theme is brought to life through unforgettable moments from beloved films—like “Sleeping Beauty,” “The Incredibles,” “Coco” and many more. The show will debut at 9:05 p.m. ET, just prior to the park’s “Star Wars: A Galactic Spectacular” fireworks show.

Our friends over at MouseSteps got to preview the show during a special media event. Check out their full video of the new nighttime projection show below!

We love this ode to animation at Disney’s Hollywood Studios, especially since it acted as an animation studio for many years! What do you think of the nighttime show? Will you be heading over to watch the official premiere? Let us know in the comments!