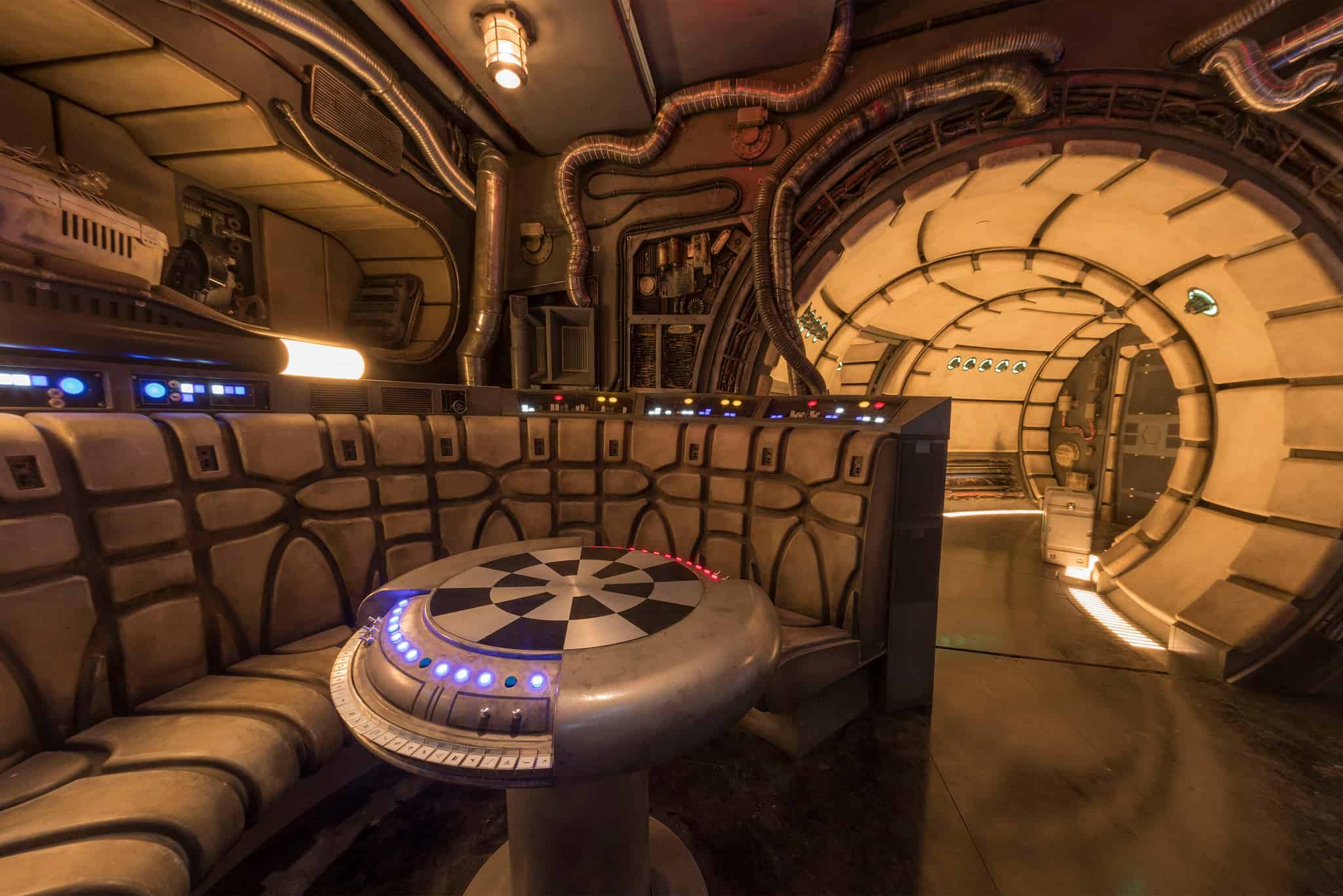 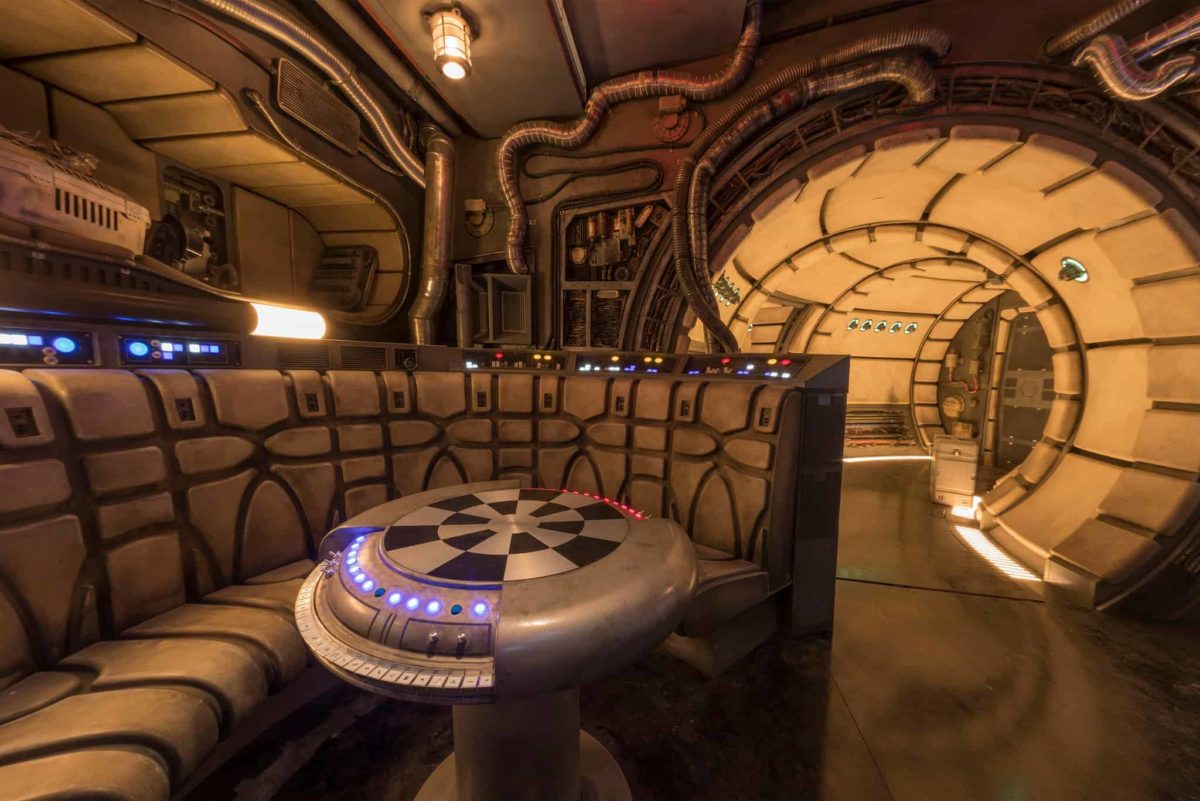 You’ve taken your first step into a larger world… The highly-anticipated Star Wars: Galaxy’s Edge finally opened on May 31st at Disneyland and opens August 29th at Disney’s Hollywood Studios. These new lands are massive and will ultimately offer two new attractions, themed cuisine, incredible merchandise, details and Easter eggs galore, and the opportunity for guests to live their own Star Wars adventure. With all the hype surrounding that galaxy far, far away finally coming to our own planet, I’ve compiled some information you need to know and perhaps some stuff you don’t know about Star Wars: Galaxy’s Edge.

What and Where Exactly is Galaxy’s Edge?

Many names and places are associated with Galaxy’s Edge, which itself exists at two different Disney Parks on opposite coasts. To keep it simple, here’s what you need to know. The Disneyland Park in California and Disney’s Hollywood Studios at Walt Disney World in Florida are both getting identical (or close to it) Star Wars: Galaxy’s Edge themed lands.

The story is that guests are visiting Black Spire Outpost, which is on the planet of Batuu on the edge of the Outer Rim Territories. Black Spire was briefly mentioned by L3-37 to Lando in Solo: A Star Wars Story, (with other references to characters in the land, like Dok-Ondar, making their way into the film as a means of planetary product placement,) and while it is canon (it also appeared in the novel Thrawn: Alliances), very little else is known about it.

According to Imagineers, the planet was once a bustling trading port; but thanks to hyperspace and its remote location, it’s become a place for those who prefer to keep a low profile. Hence the name Galaxy’s Edge.

For guests, the land exists in two parts: the village outpost occupied by the First Order, and a forest base where the Resistance has recently and secretly taken up residence for an upcoming mission.

Despite the hype for the land’s grand opening, guests need more than just park admission to set foot in Galaxy’s Edge. Reservations are required to visit Galaxy’s Edge from May 31 through June 23! Disneyland Resort Hotel guests will have guaranteed access to these reservations. Then, after June 23, Disney will offer a virtual boarding pass system with the ability to register for a time slot to visit the land.

We don’t know yet if reservations will be required to visit Galaxy’s Edge at Disney’s Hollywood Studios when it opens in August. However, Disney is already warning guests that access to the land and its experiences is limited. So if you’re planning to visit either Disneyland or Walt Disney World for the opening of Galaxy’s Edge, be aware that not everyone will be able to enter the land or experience all it has to offer.

Star Wars: Rise of the Resistance Won’t Be Open Yet 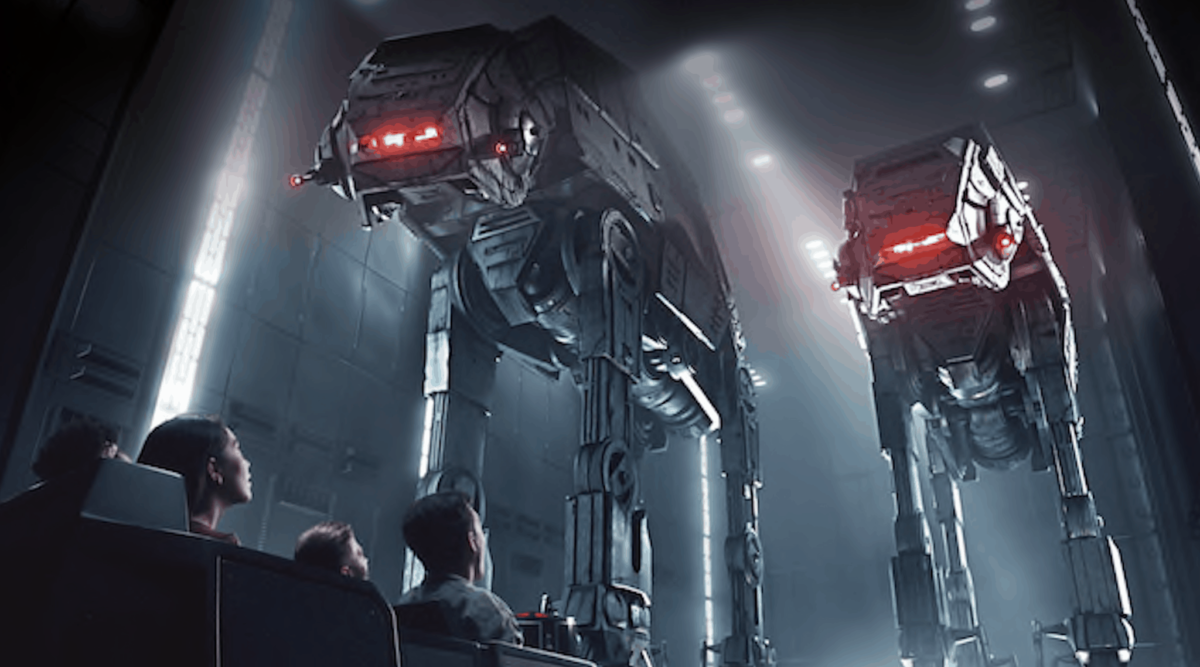 Star Wars: Rise of the Resistance and Millennium Falcon: Smugglers Run are the two attractions guests will be able to experience at Galaxy’s Edge. However, Star Wars: Rise of the Resistance will not be open on opening day, but will debut later in the year at both Walt Disney World and Disneyland. This means only one attraction will be operating for guests fortunate enough to experience Galaxy’s Edge in its first few months.

Be Prepared for Your Ride Vehicle

Millennium Falcon: Smugglers Run promises guests the chance to pilot the iconic Millennium Falcon. Well, not everyone gets to pilot the fastest hunk of junk in the galaxy. We now know guests will ride in a six-person cockpit, which is something large families or groups need to be aware of. Depending on where guests sit, they will have a job ranging from gunner, to engineer to pilot. While this sounds similar to the setup at Epcot’s Mission: Space, how each guest performs their task aboard Smugglers Run will impact the ride experience. If you’re curious to learn more, check out our full first-impressions review of the attraction. 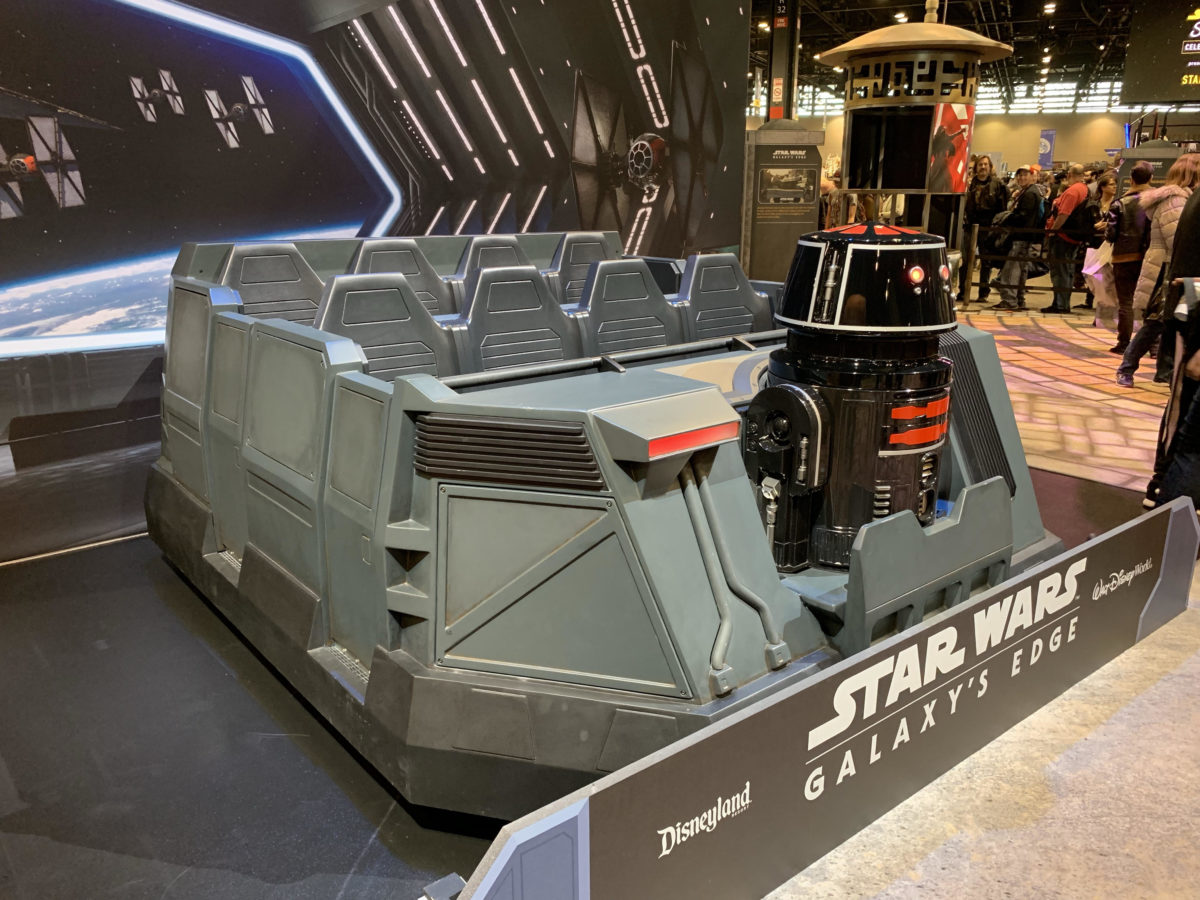 Star Wars: Rise of the Resistance promises to be one of the most advanced attractions guests have ever experienced at a Disney Park. The vehicle seats eight guests and will be trackless, seemingly piloted by a droid. It’s been said the ride itself will cover a range of ride experiences.

You’ve Heard These Voices Before 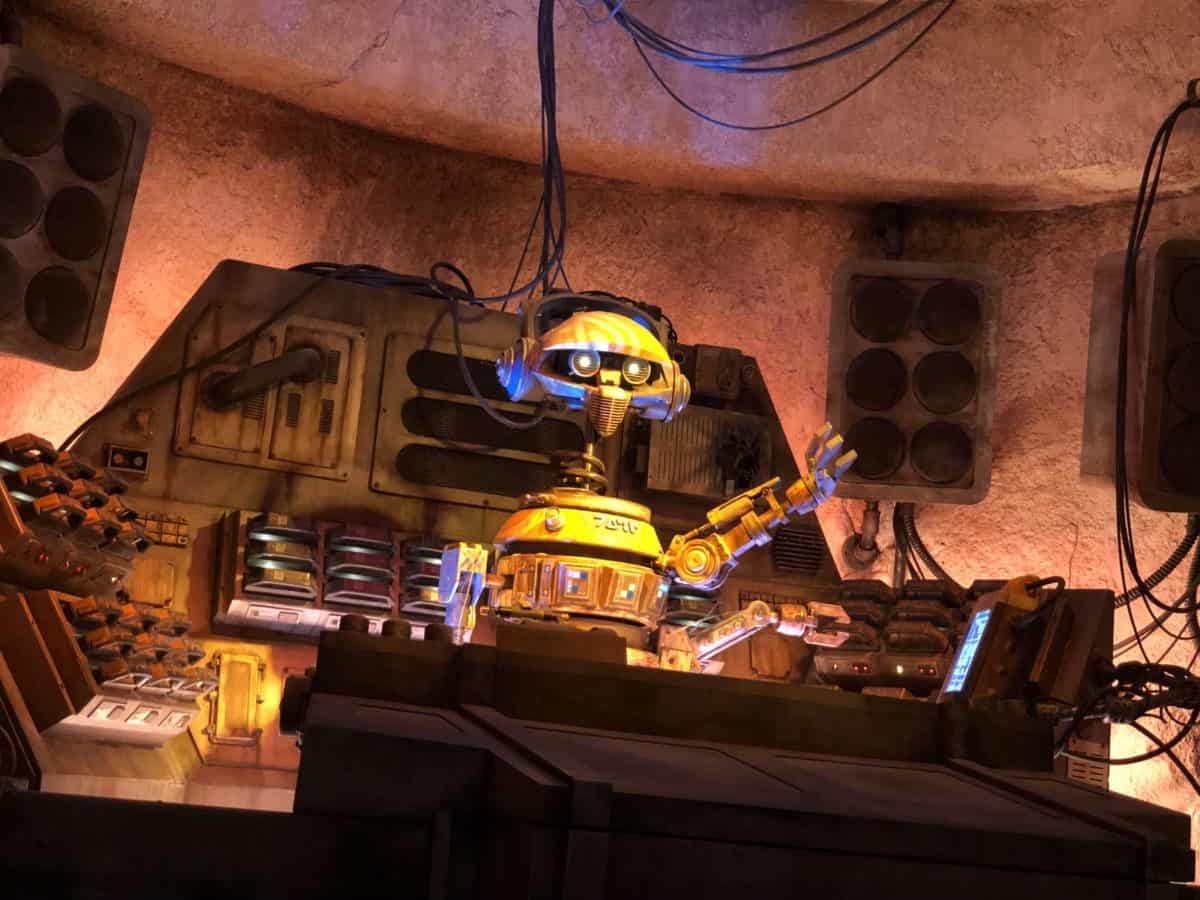 Fans of the original Star Tours attraction remember rookie droid pilot Rex. Now marked defective, he currently resides in the queue of Star Tours: The Adventures Continue. Well, Rex has a new gig in Galaxy’s Edge as the DJ at Oga’s Cantina, still voiced by Paul Reubens, who performed Rex’s original dialogue. Frank Oz has also returned to voice Yoda who has some sort of a vocal presence in Galaxy’s Edge.

Fans who know Nien Nunb from Return of the Jedi and Force Awakens may notice that the original voice performer, Kipsang Rotich, was tracked down by Disney and recorded his character’s dialogue in the land. In addition, Jim Cummings, the voice of Winnie the Pooh and Tigger, provides the voice for the audio-animatronic of Hondo Ohnaka at Millennium Falcon: Smugglers Run.

Similarities to Pandora – The World of Avatar 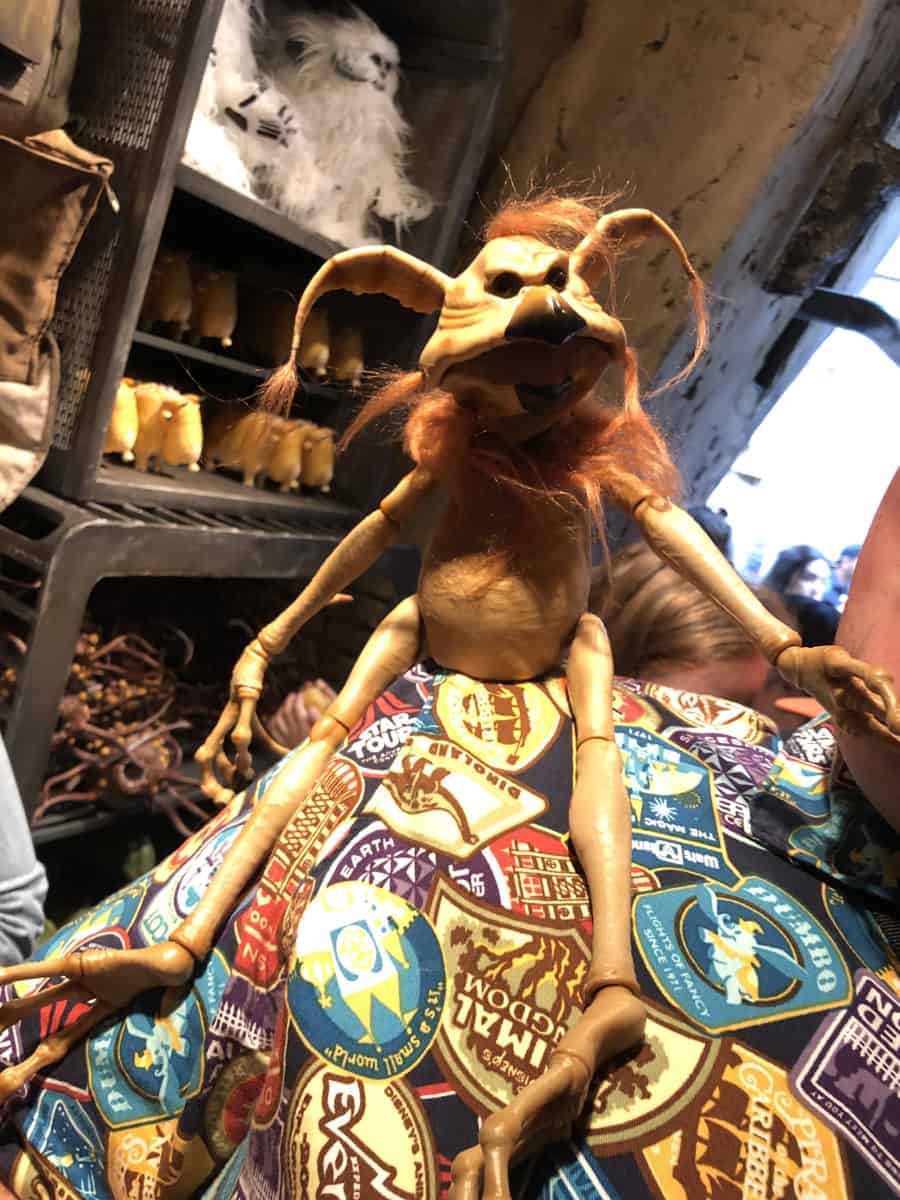 The planet of Batuu will has echoes of Pandora – The World of Avatar from Disney’s Animal Kingdom. The unique alien cuisine of Galaxy’s Edge resembles the efforts made at Pandora. Also, guests can purchase Kowakian Monkey Lizards (think of Salacious Crumb from Jabba’s Palace) to sit on their shoulders a-la Pandora Banshee.

Disney is also trying to keep any brands or recognizable symbols out of Galaxy’s Edge, much like they did in Pandora, to preserve the thematic immersion. But for Batuu, these efforts are going even farther. For instance, Coca-Cola products in Galaxy’s Edge are sold in bottles resembling thermal detonators! Also, their labels are printed in Aurebesh, the language of Star Wars!

Everyone knows the familiar refrains of John Williams’ Star Wars themes. They’re just as iconic as the films themselves! Fans will be thrilled to learn John Williams has composed new themes exclusively for Galaxy’s Edge. Also, guests can enjoy new cantina tunes courtesy of DJ Rex at Oga’s Cantina when the land debuts. 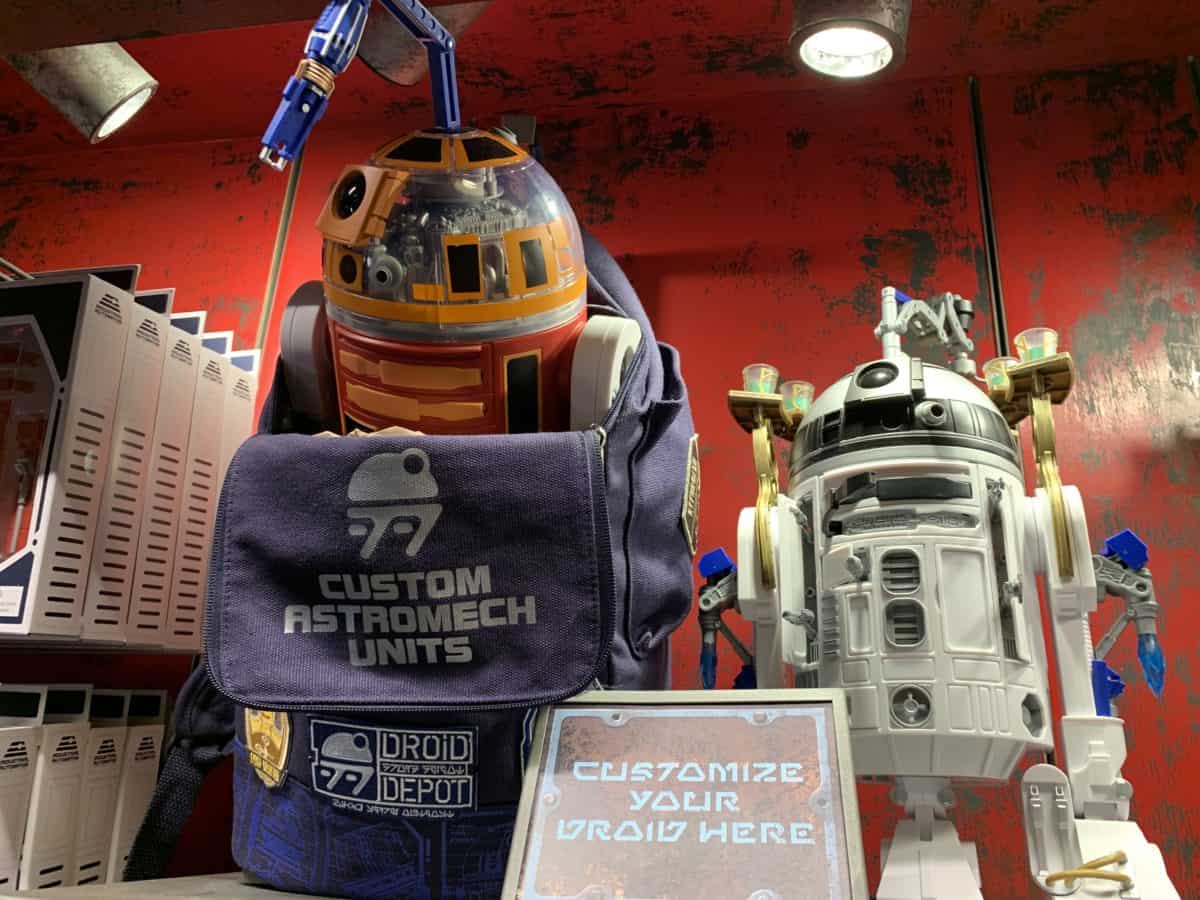 Star Wars merchandise is pretty much everywhere at the Disney Parks. Also, collectors and younglings have been able to buy lightsabers, costumes, and droids at their local toy store or supermarket for years. The question is what kind of merchandise could Galaxy’s Edge possibly produce that we haven’t already seen? Well, Disney is taking the build-your-own lightsabers and interactive droids to a whole new level!

If you’re looking for something on the mechanical side, Droid Depot is where guests can pick parts off a conveyor belt and construct their own customized R-series or BB-series droid. Guests can also choose a personality chip for their droid which enables them to interact with elements in Galaxy’s Edge. Additional droid accessories and non-customizable droids are available to purchase as well. 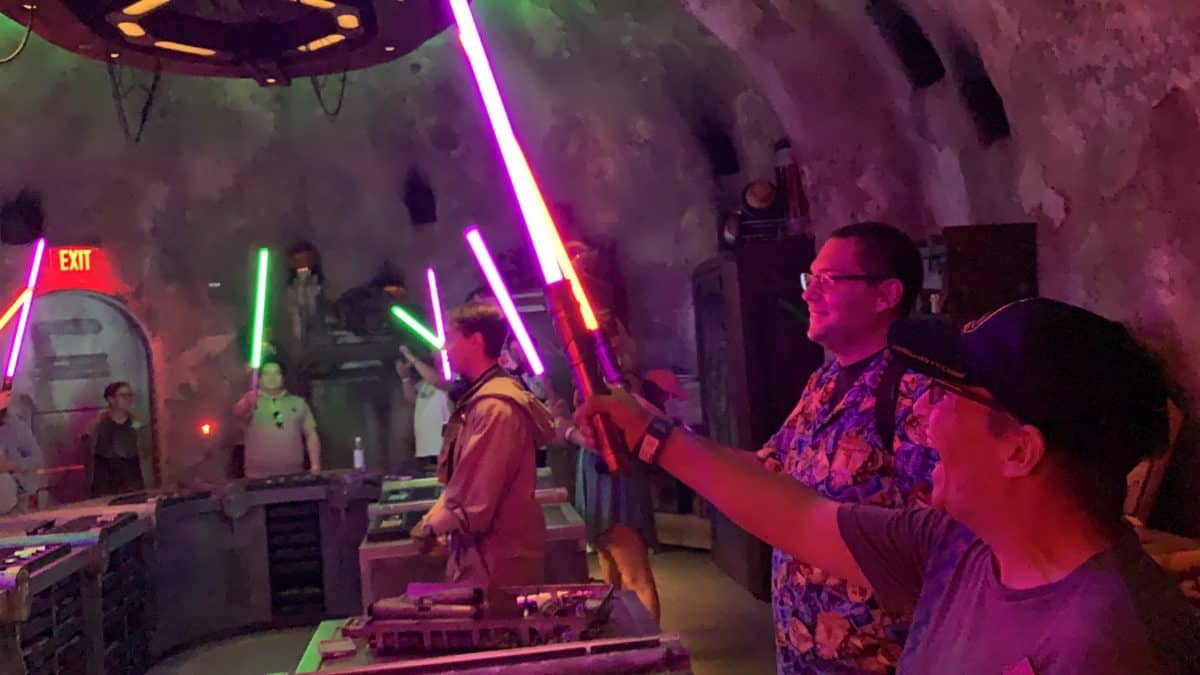 Like a true Jedi, guests can construct their own lightsabers at Savi’s Workshop. These custom sabers are heavy and include a kyber crystal chosen by the guest. Of course, additional accessories are available to purchase, and belts purchased in Galaxy’s Edge come with clips for light saber hilts.

At Disneyland, guests are able to enter Galaxy’s Edge from Critter Country, Fantasyland, and Frontierland, while Disney’s Hollywood Studios’ Galaxy’s Edge will only have two entrances. Regardless of which coast guests are visiting, all entry points into the land were strategically designed. According to Imagineers, the entrances narrow a guest’s view before expanding it upon entry for a truly cinematic reveal! That being said, not all of them will be used as entrances until crowds die down… whenever that might be.

What did Galaxy’s Edge Replace in the Parks? 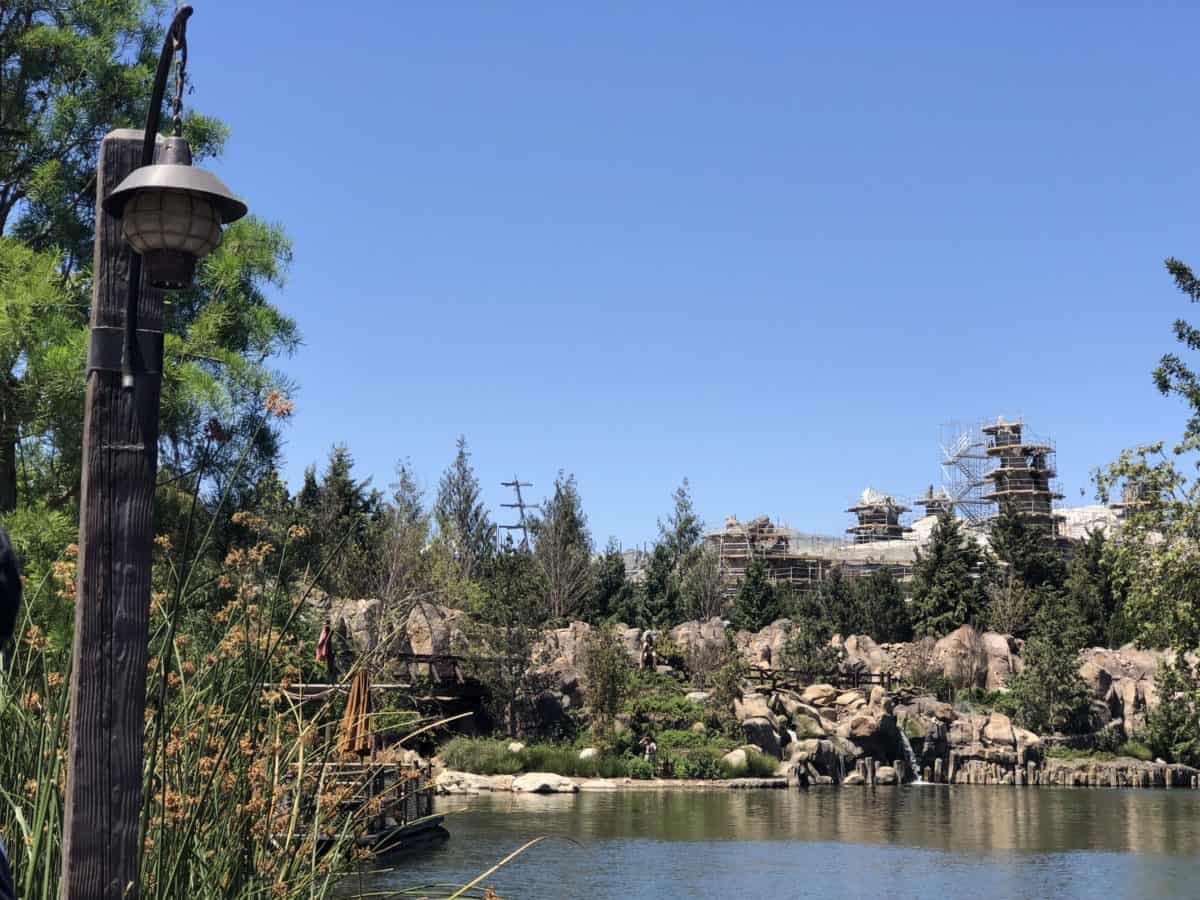 For those who haven’t been to the parks in awhile, Galaxy’s Edge replaced former attractions and spaces at both parks to allow for 14 acres of that galaxy far, far away. At Disneyland, Star Wars: Galaxy’s Edge replaced Big Thunder Ranch, as well as space previously off-limits to guests. The Disneyland Railroad and Rivers of America were even reconfigured for this new addition!

Are you planning on visiting Star Wars: Galaxy’s Edge this year? What are you most excited about? What did you not know before?

Check out our Black Spire 101 videos and more on this Galaxy’s Edge location!

Where It All Began: The History Of The Original “Star Wars” In The Cinema

5 thoughts on “BLACK SPIRE 101: The Things You Should Know Heading Into Star Wars: Galaxy’s Edge”