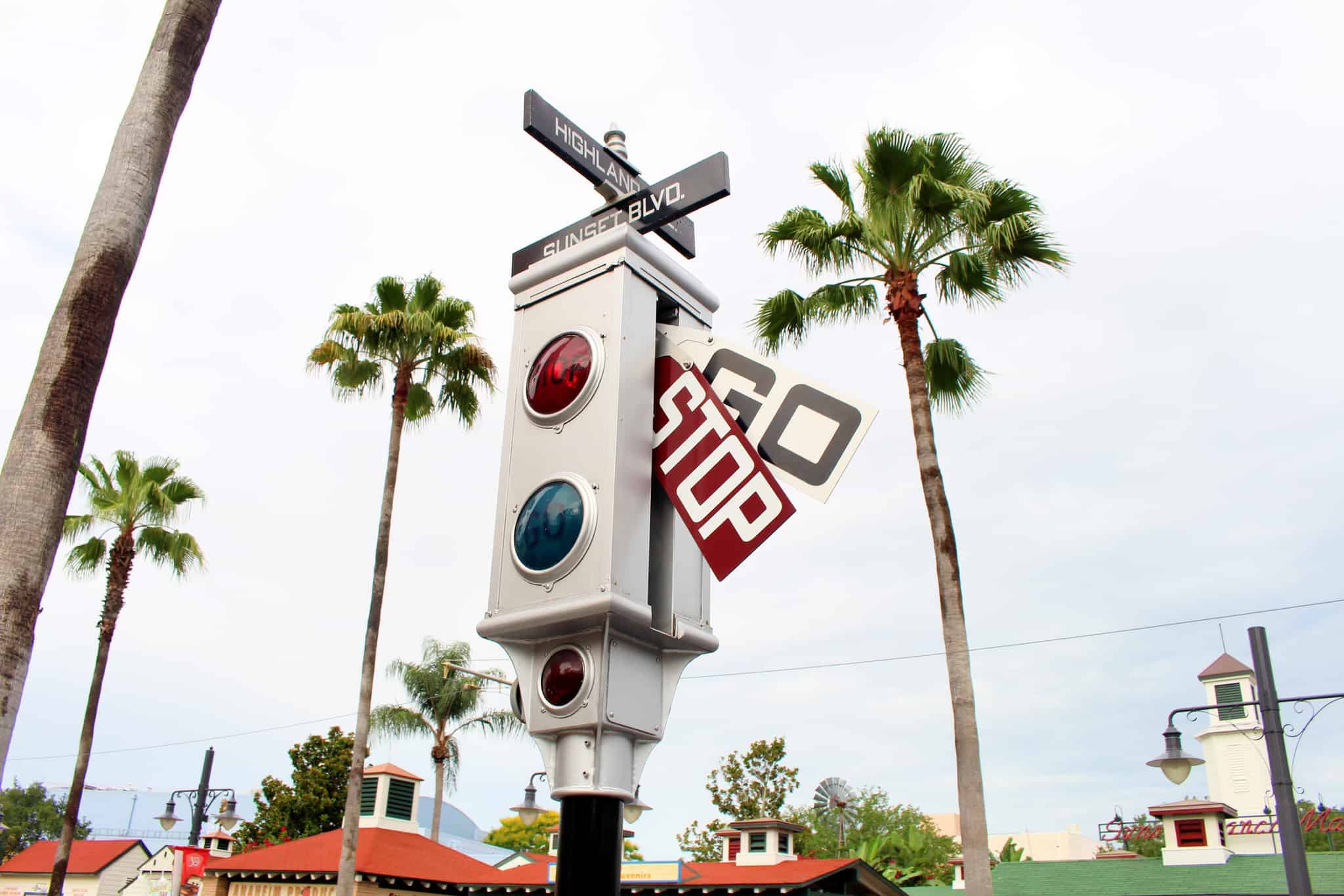 Spending a day in the Hollywood that never was and always will be will never get old for me. It was an overcast, gloomy day, but somehow that just added to the ambiance of a Hollywood that’s not a place on a map, but a state of mind. (But like, you can totally still pull up a map on My Disney Experience if you need it.) 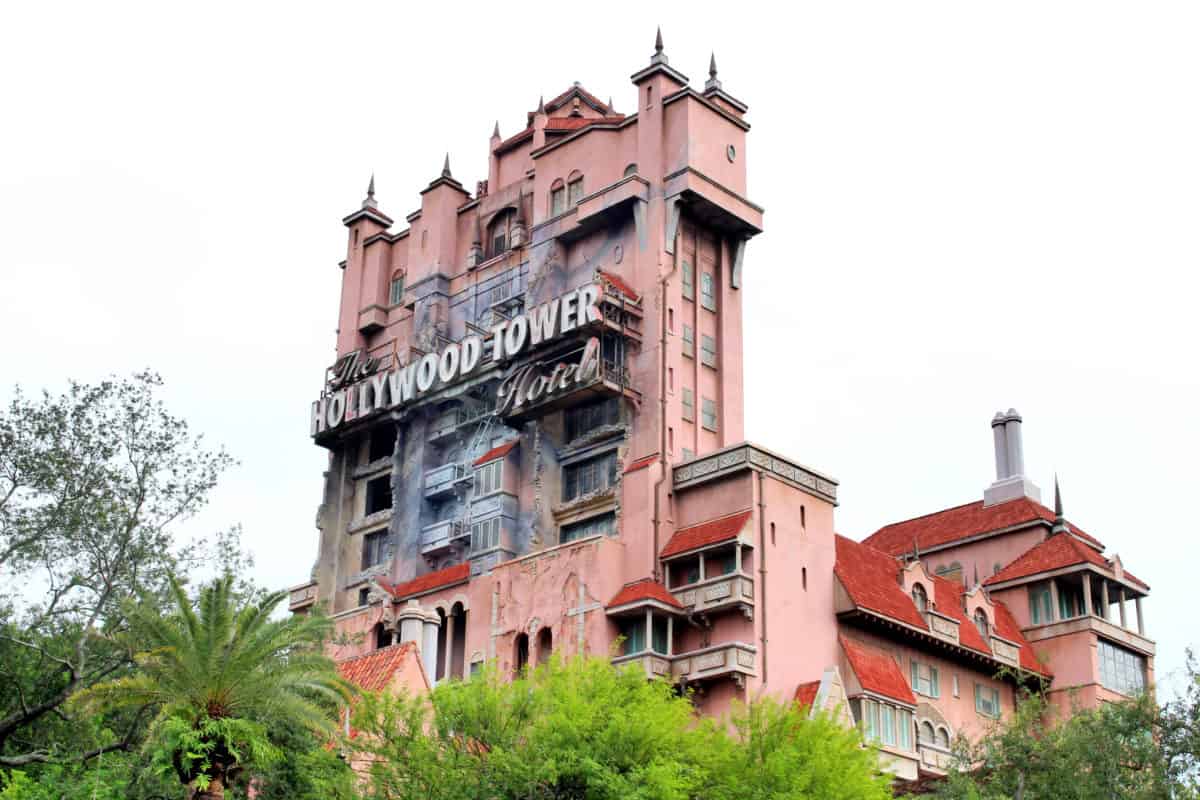 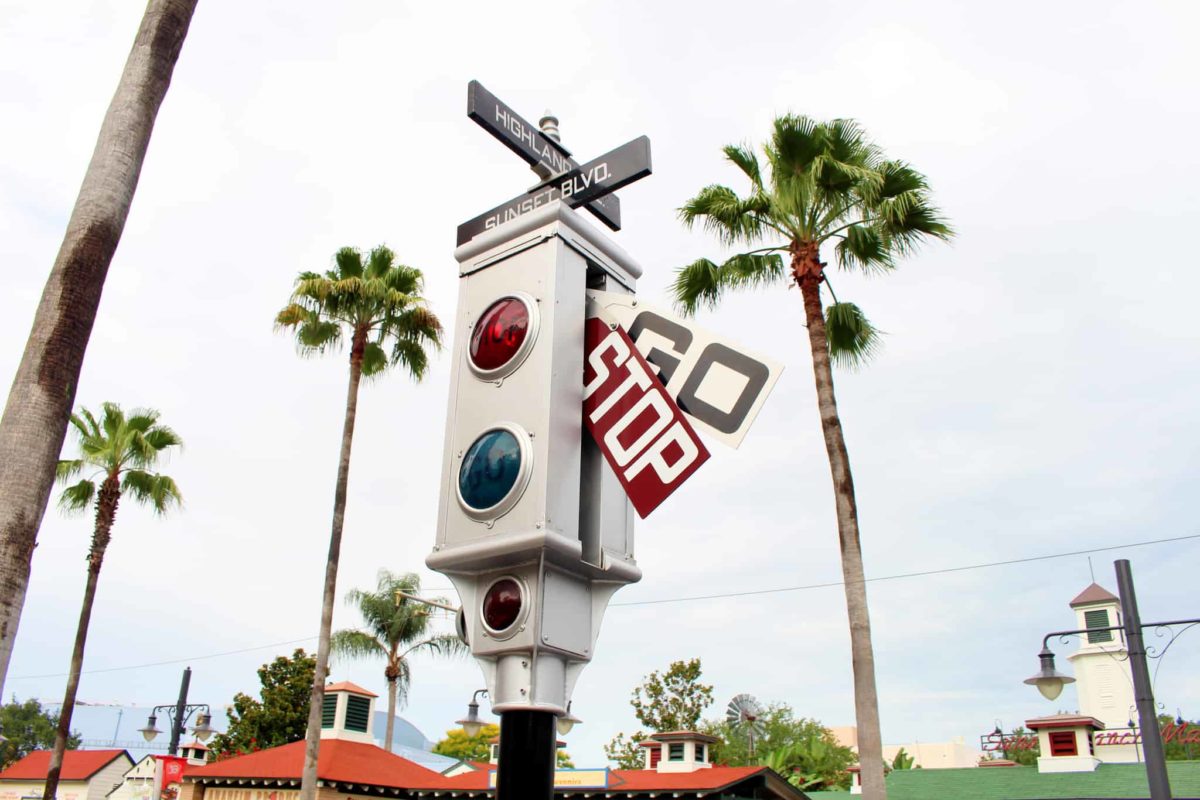 Nothing evokes the Old Hollywood feel to me more than a stroll down Sunset Boulevard. Today on my walk, I really made a point to take in some of the usually overlooked details and listen to the background music that plays on the street. I feel like this area really still encapsulates what was supposed to be the original feel and theme of this park. 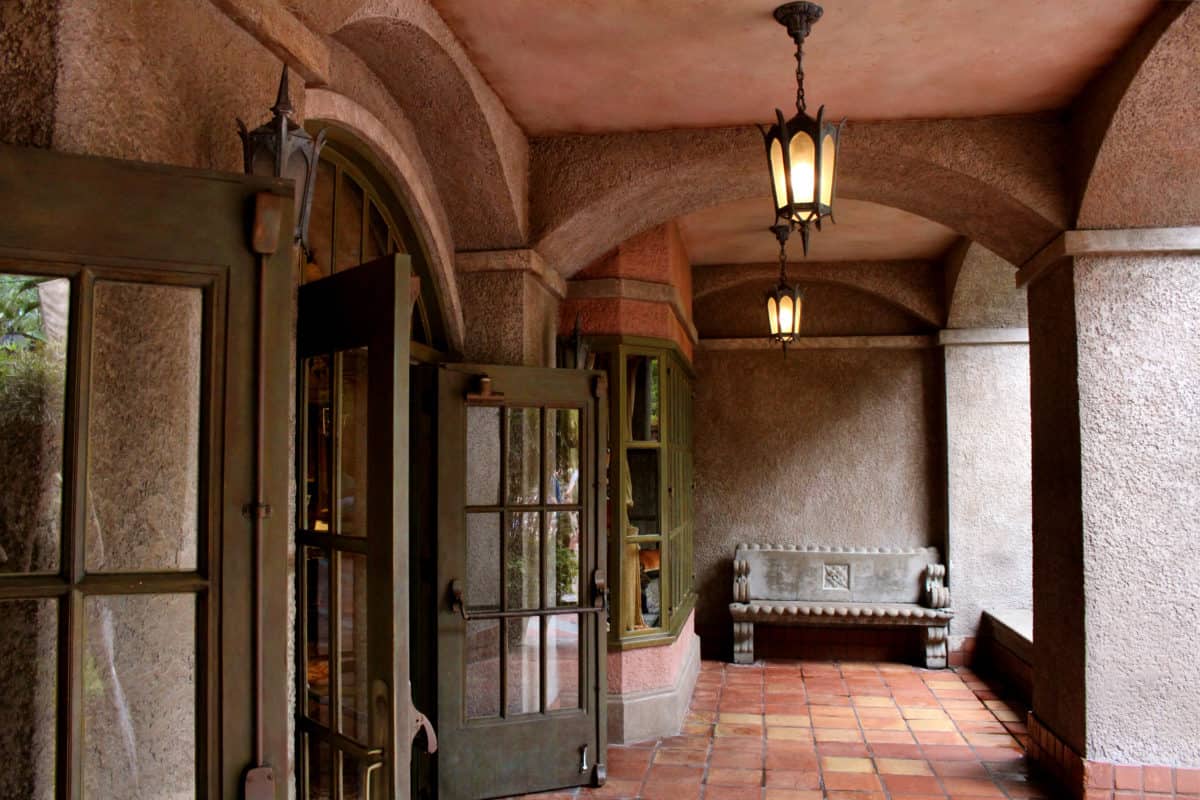 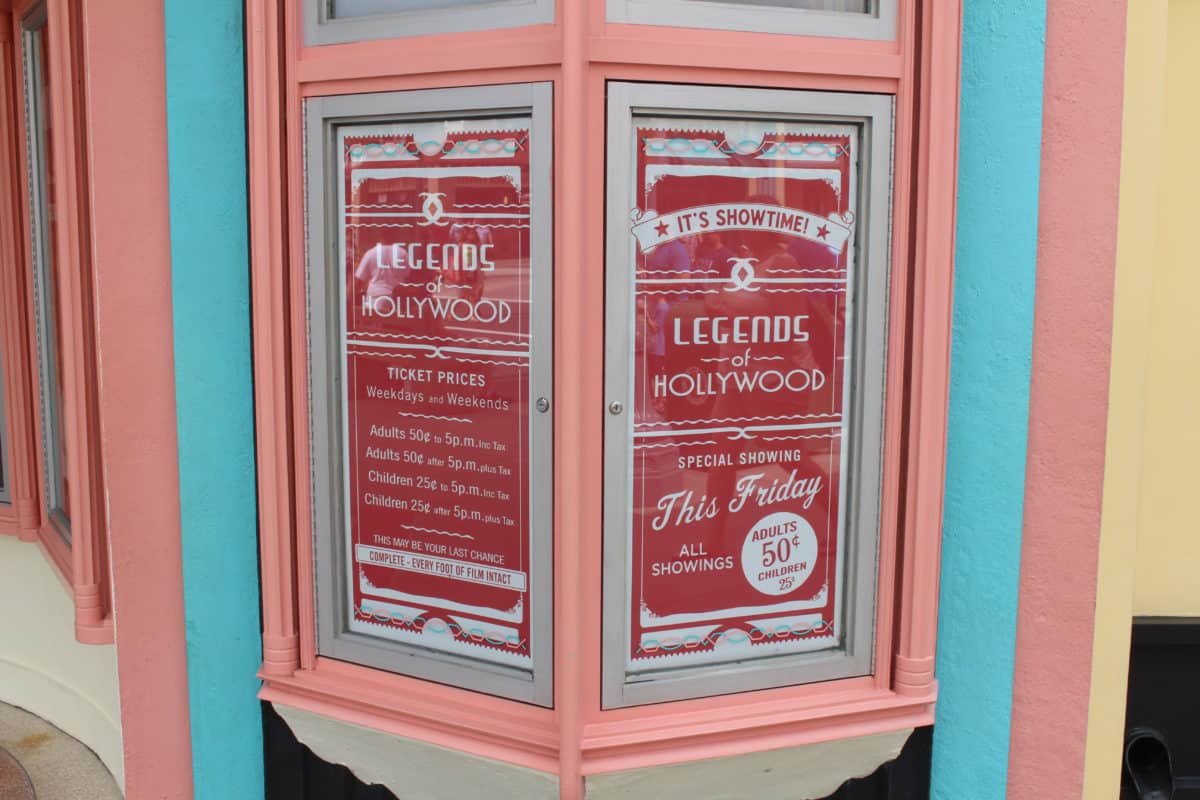 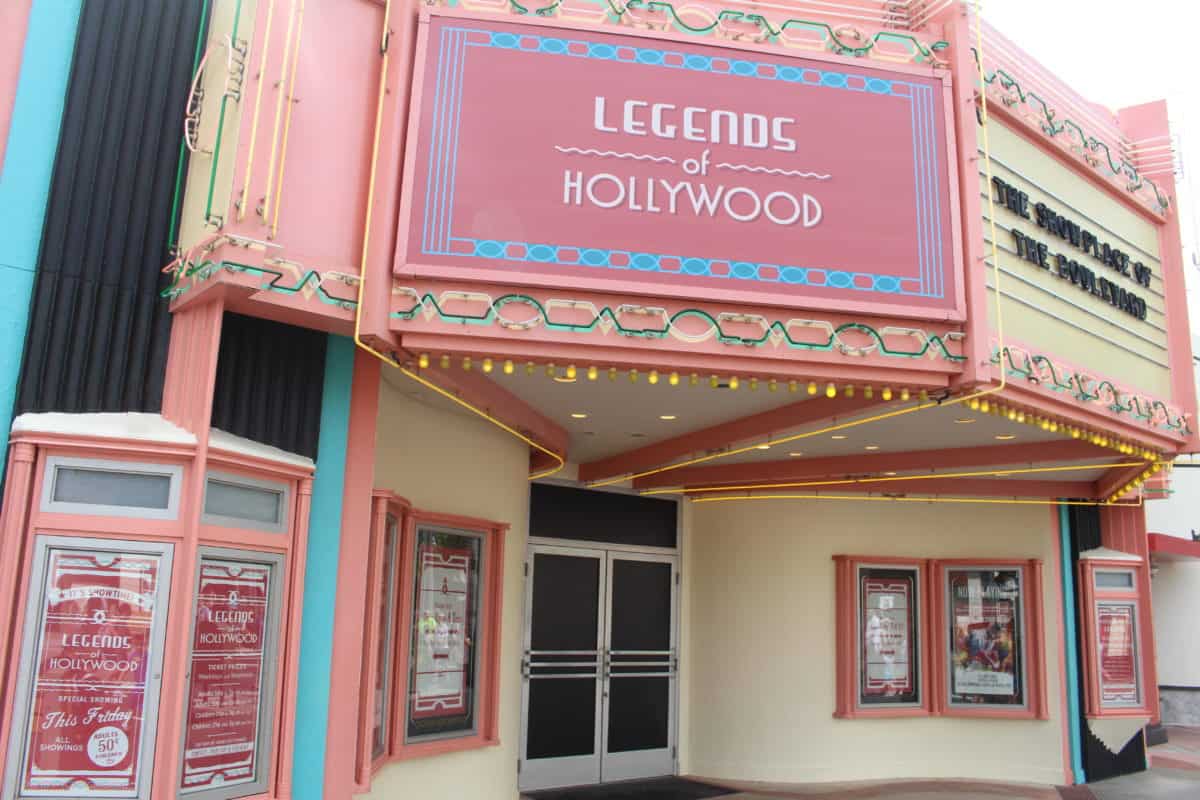 Legends of Hollywood still remains closed for its refurbishment and makeover. 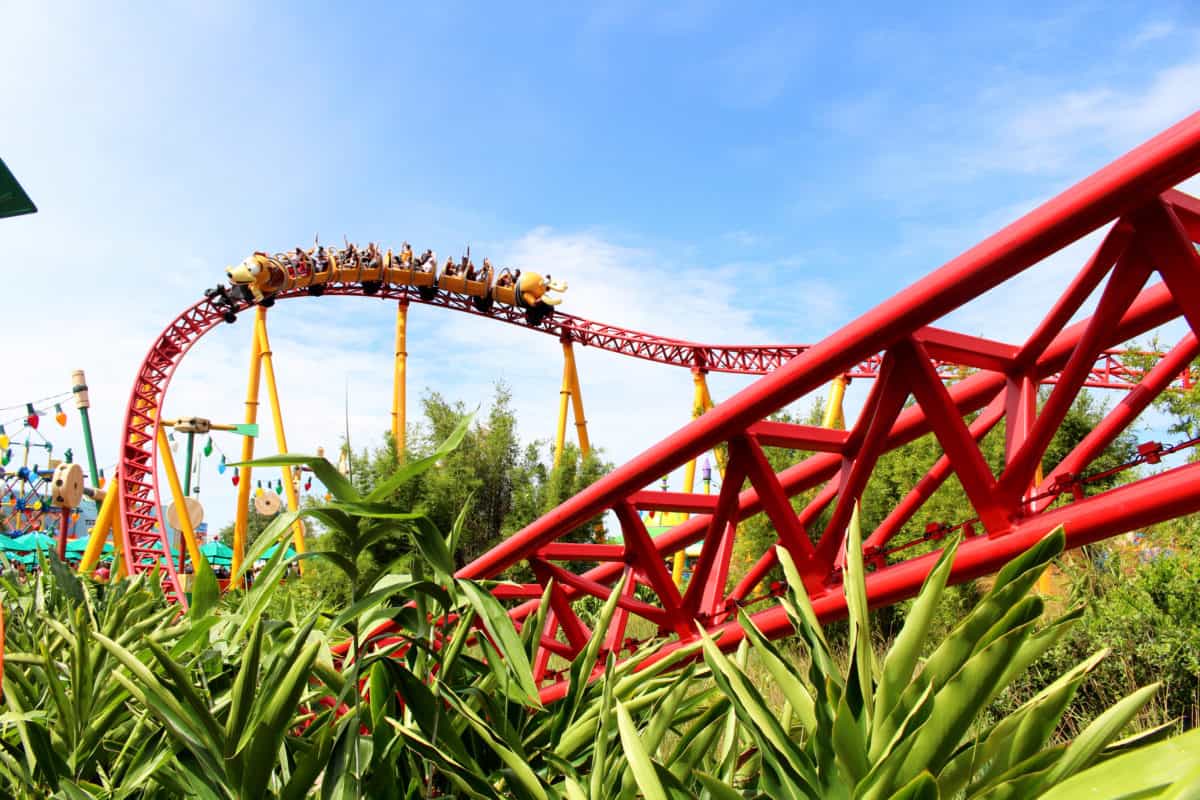 Next, I made my way over into Toy Story Land. I’ve made a note to try to remember to bring my own umbrella to shade myself through this relentless land of sun, because I swear it immediately feels 10 degrees hotter as soon as the Woody welcome sign comes into view. But I was there for glimpses of Galaxy’s Edge, so it was #worthit. 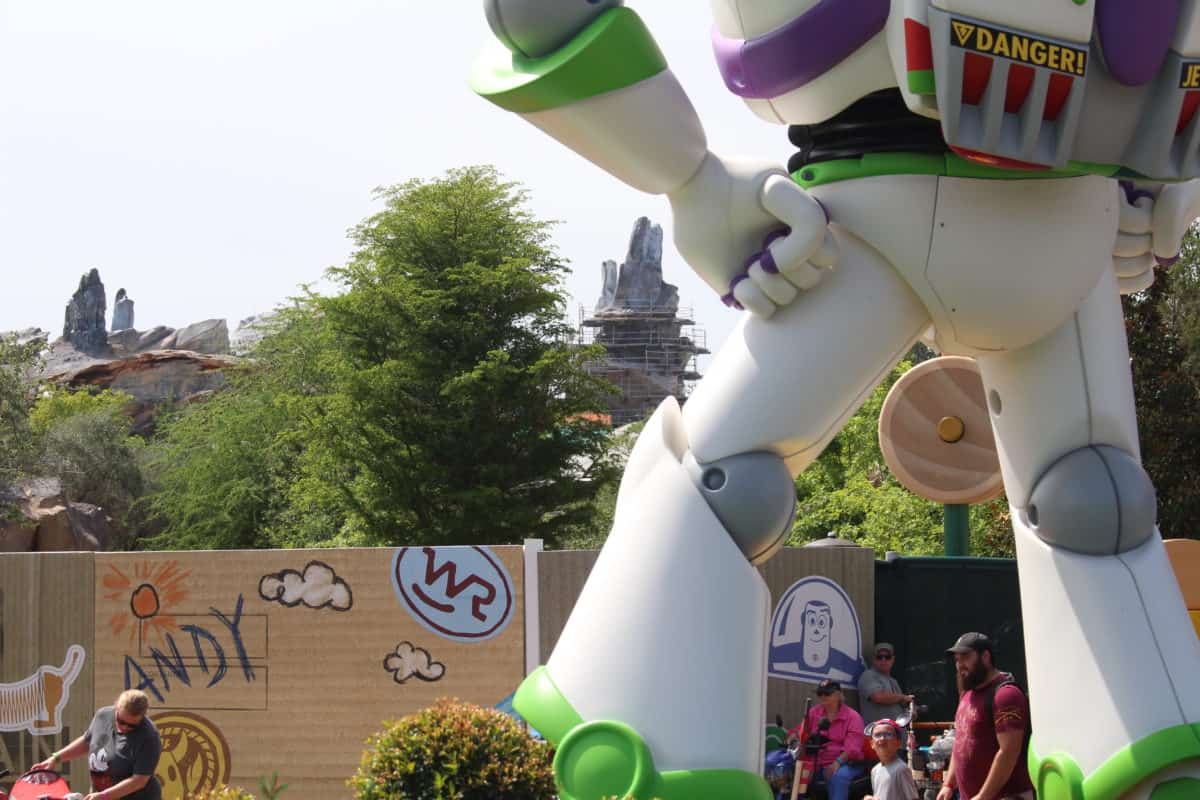 I’m really curious to see if this sight line remains after construction is finished and the land has opened, but for now, this angle of the spires in Galaxy’s Edge in view behind Buzz Lightyear’s butt has become one of my favorite photos to grab each visit. 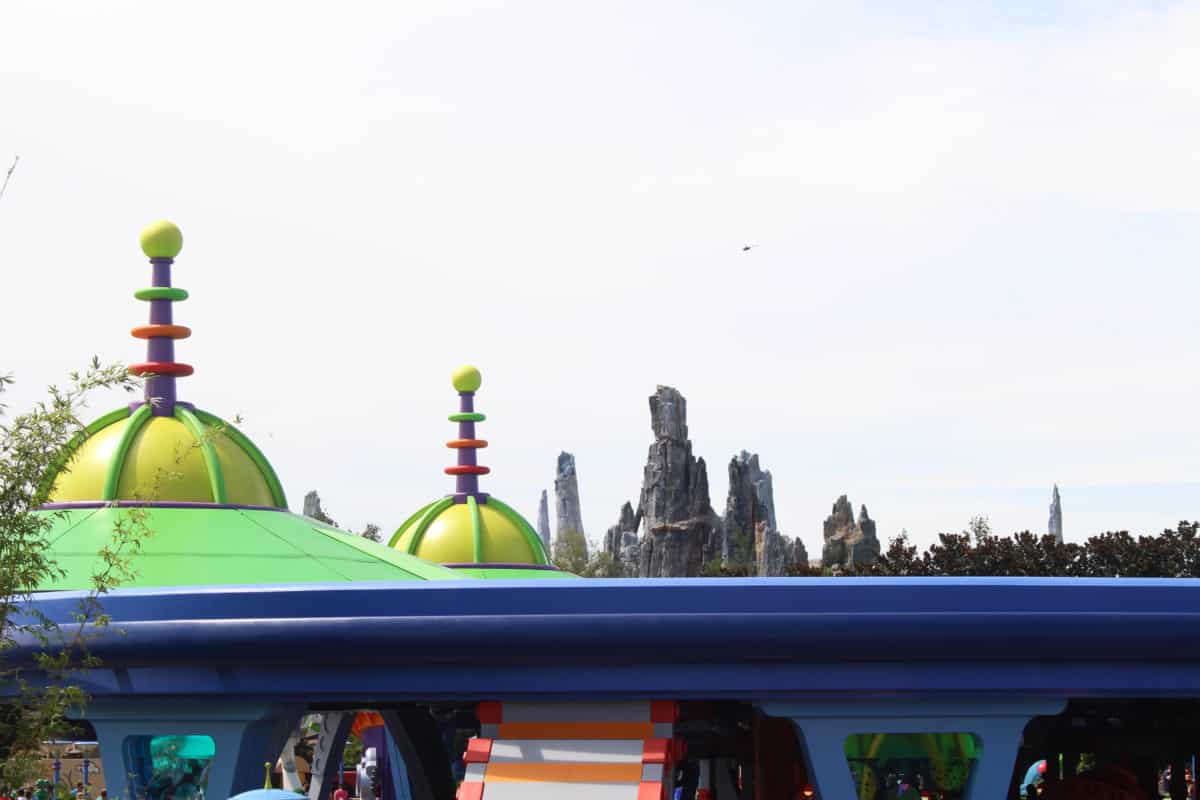 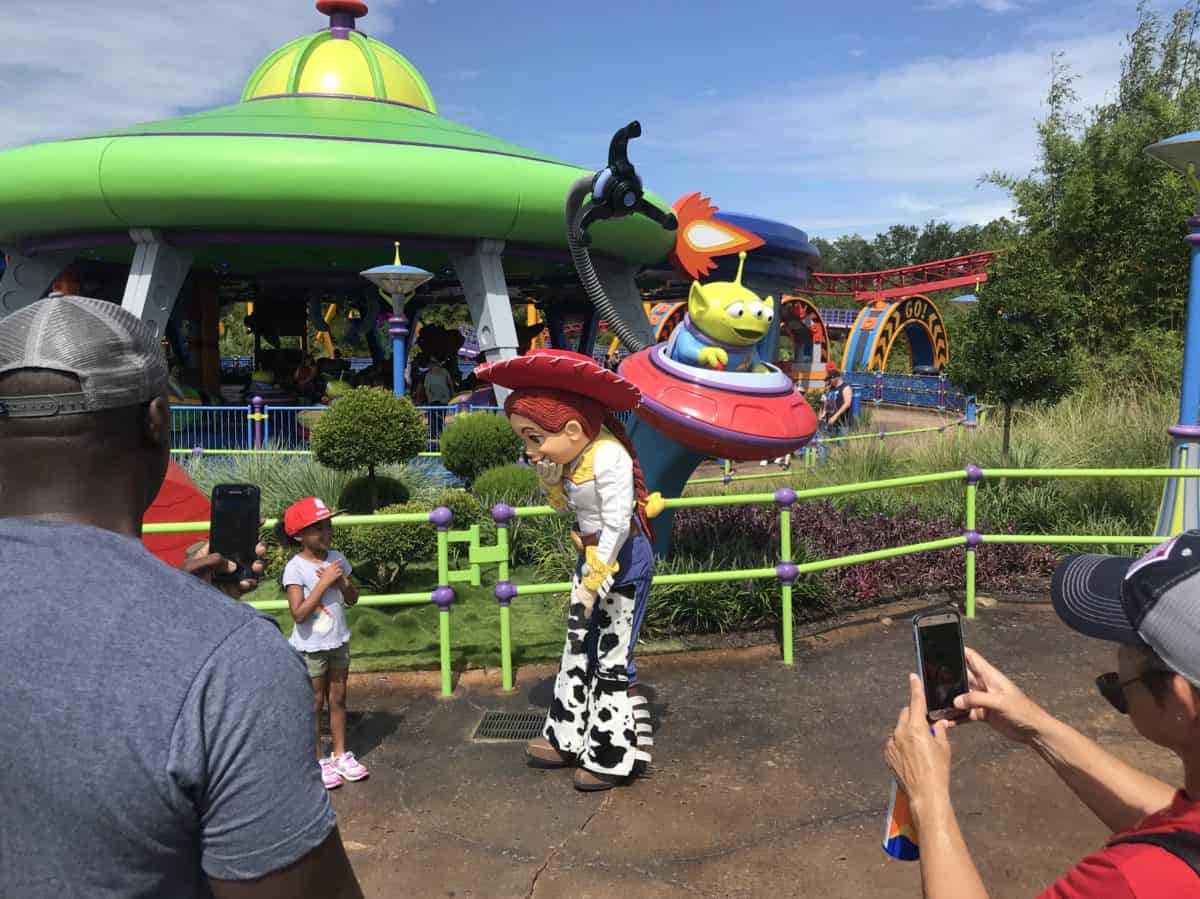 Jessie’s meet and greet location has had another change up, too. Once Bo Peep arrived, she was shuffled down to the fence in front of the entrance of Alien Swirling Saucers, but today she was greeting in front of the Alien photo op across the street from Woody’s Lunchbox. 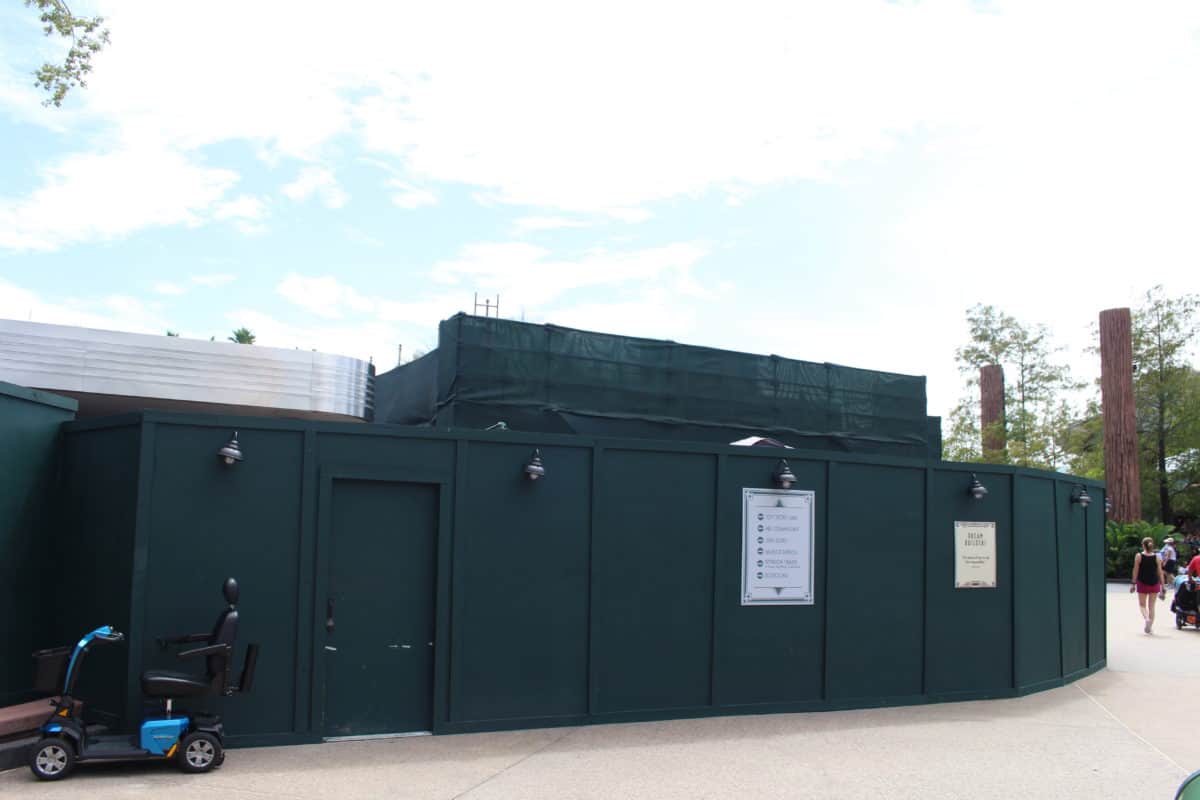 There’s no change that I can see to the scrim and construction to the area between Baseline Taphouse and Star Tours. 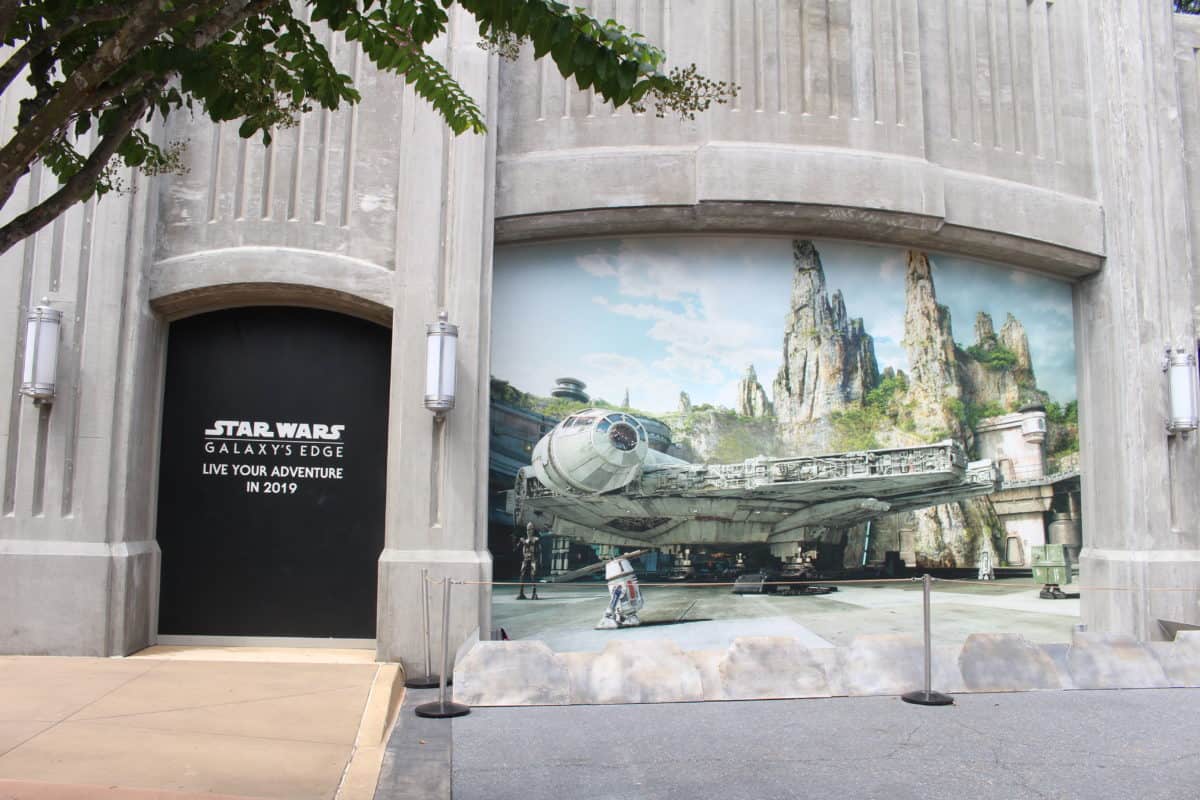 The countdown is really started to move on the opening of Galaxy’s Edge at Disney’s Hollywood Studios. I get absolutely giddy every time I see this wall. If you’re like me and you absolutely cannot wait, check out all of WDWNT’s coverage of Galaxy’s Edge in Disneyland to start getting yourself hyped, and maybe start saving for all of the merchandise that is coming for your wallet. 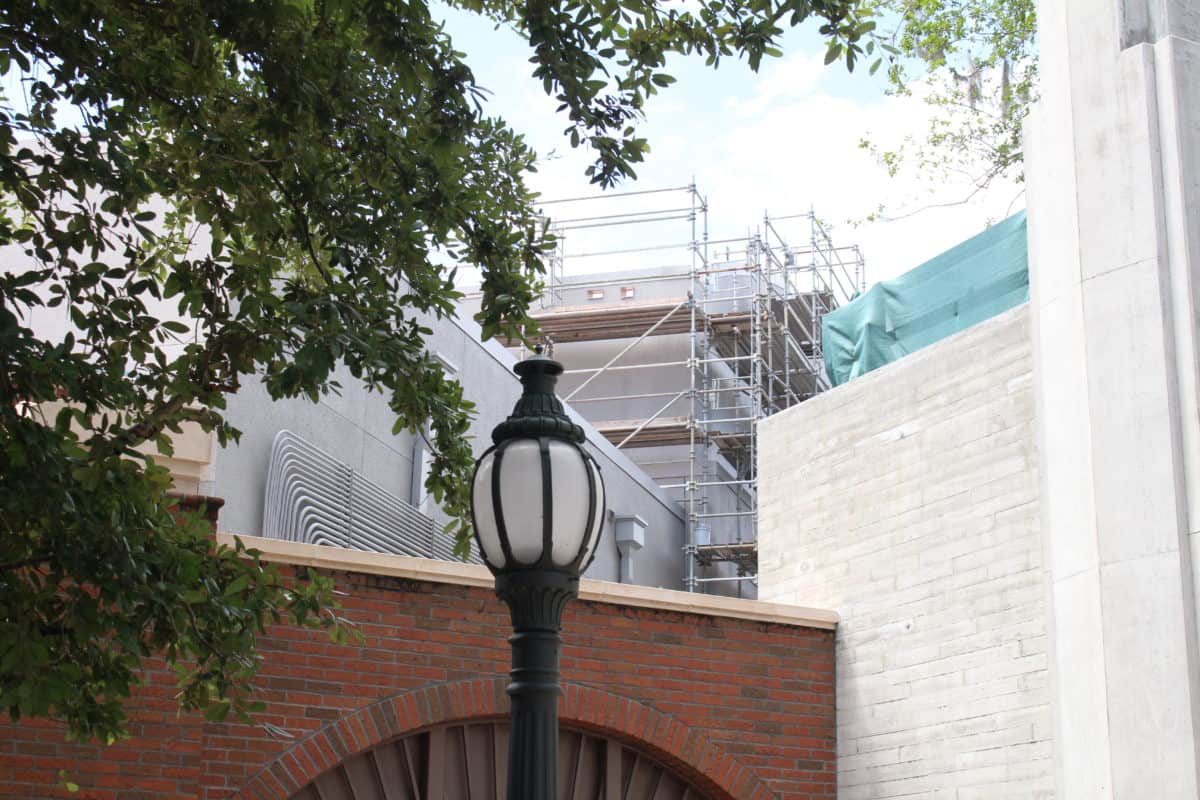 To the left of the Galaxy’s Edge wall, there’s still work being done on the back of the Muppet*Vision building to make it blend it a little more. 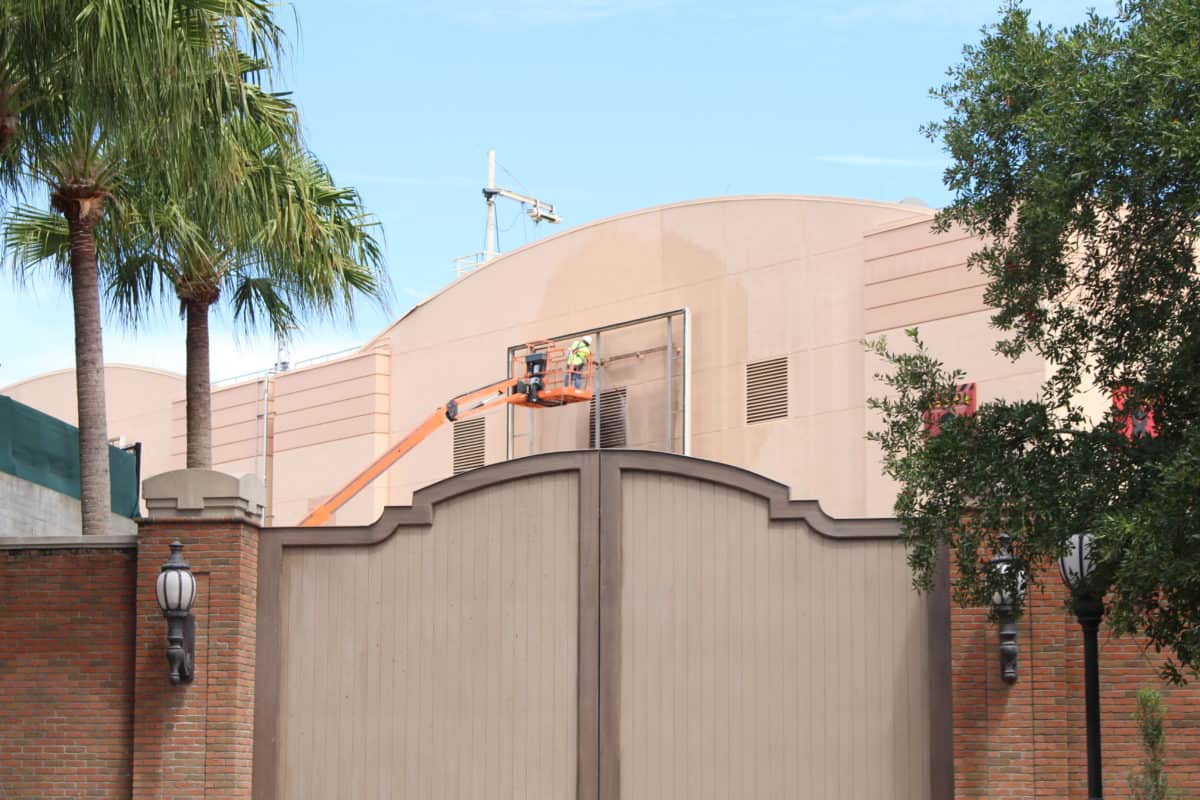 And to the right of the Galaxy’s Edge wall, the ABC billboards that used to be on this building have come down, and workers were pressure washing the building. 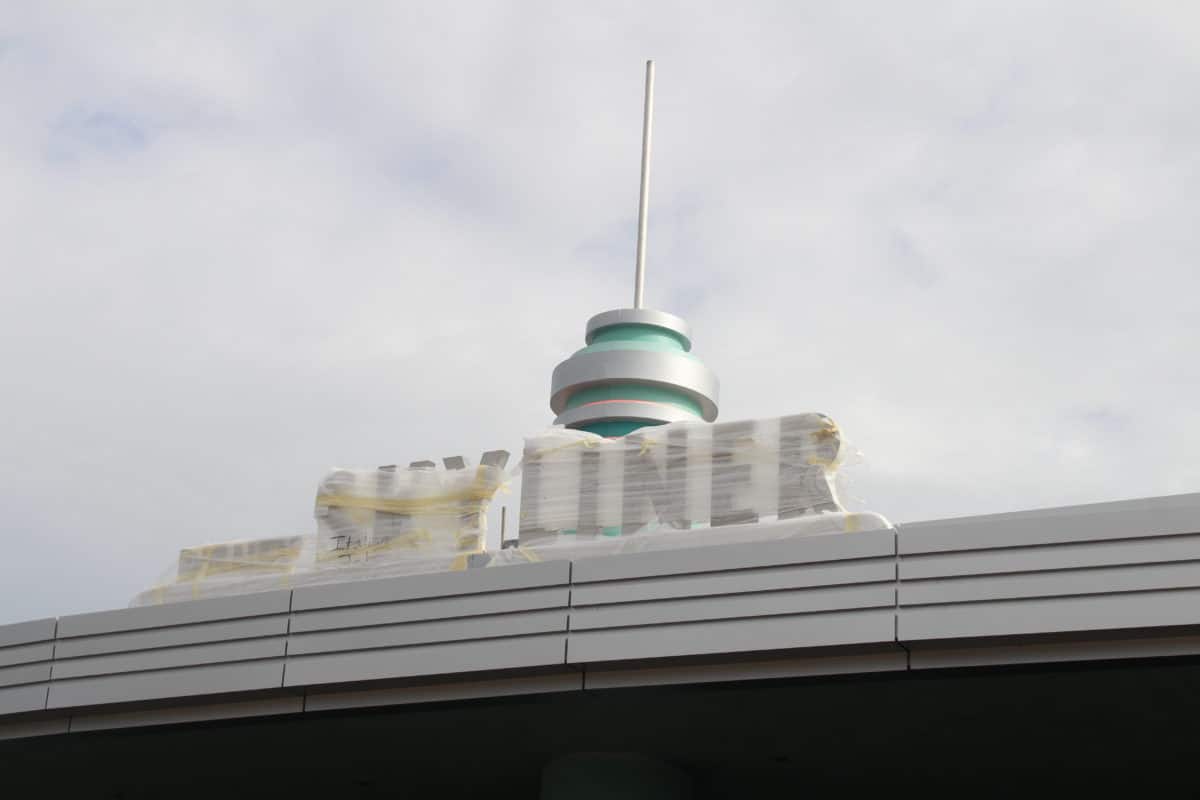 Checking in outside the entrance of the park, the Skyliner testing and construction is still underway. 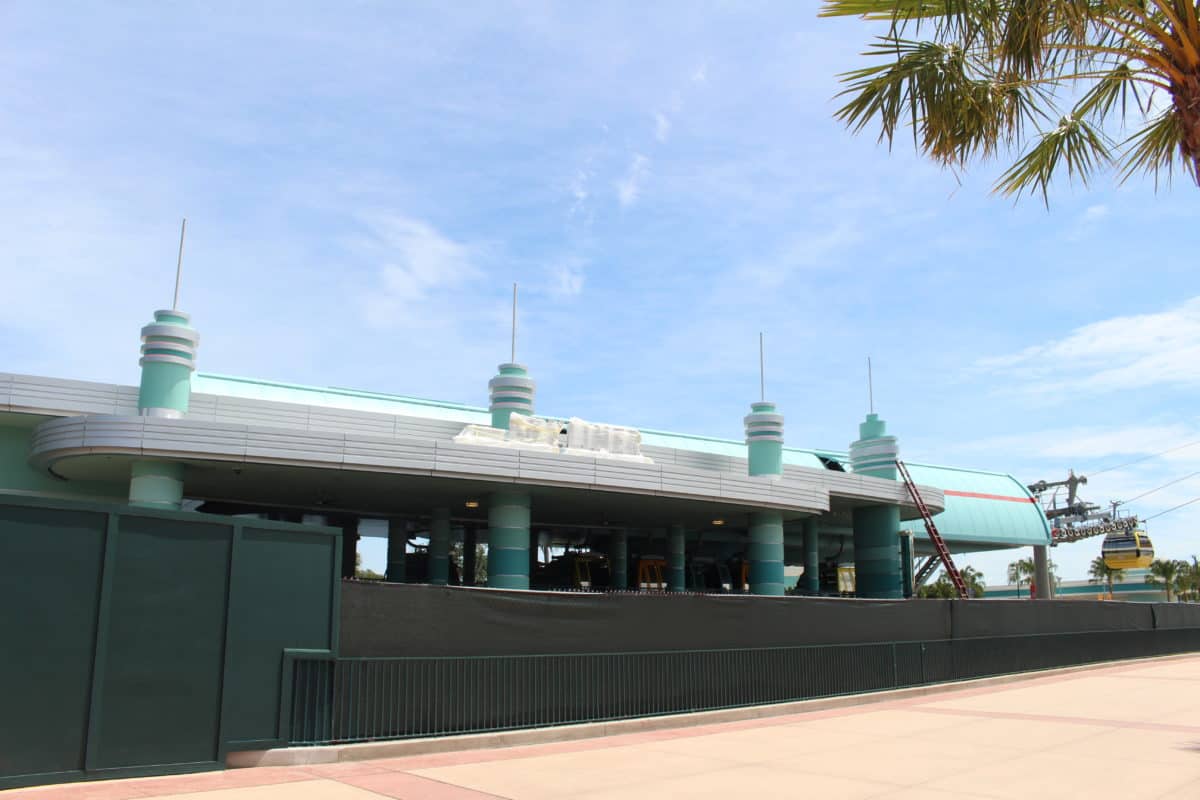 I got to watch all of the gondolas unwrapped and zipping along in some testing while I was there today. The Skyliner is anticipated to open this fall, and seeing them all in operation has made me very excited to ride this new form of Disney Transportation. 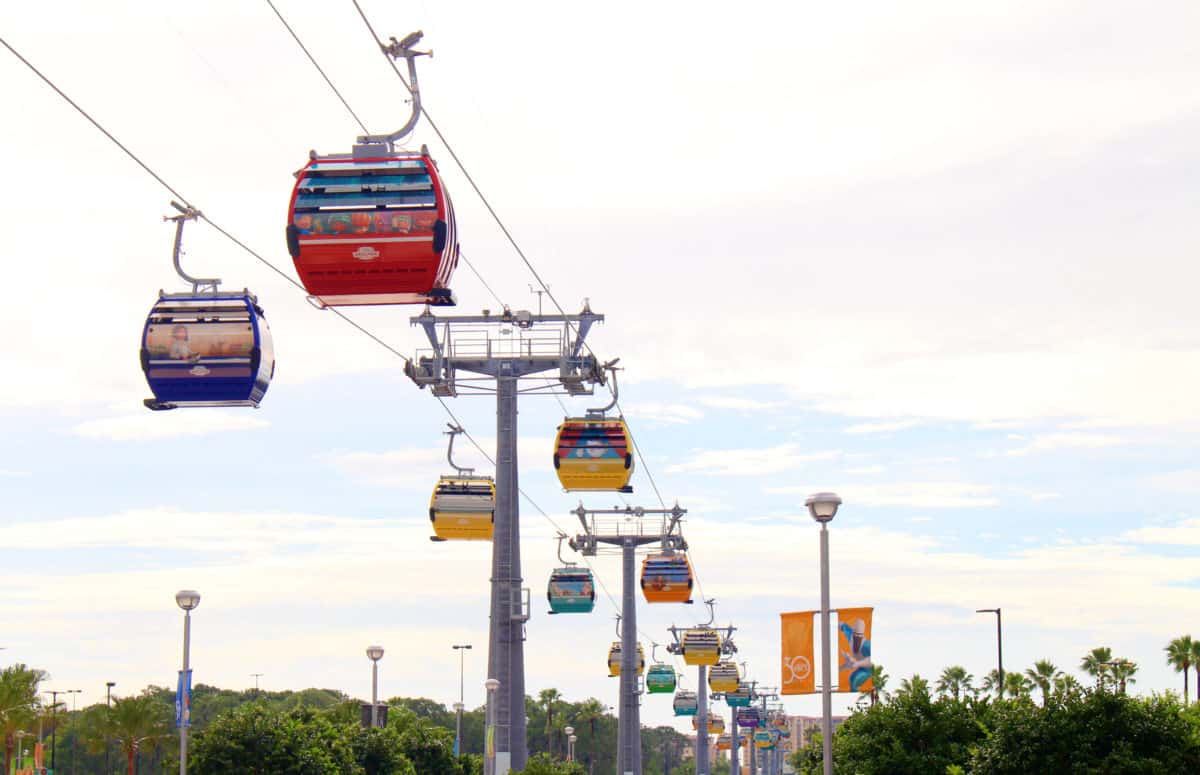 That’s it for my day at Disney’s Hollywood Studios! Keep checking WDWNT for more photo reports and updates!