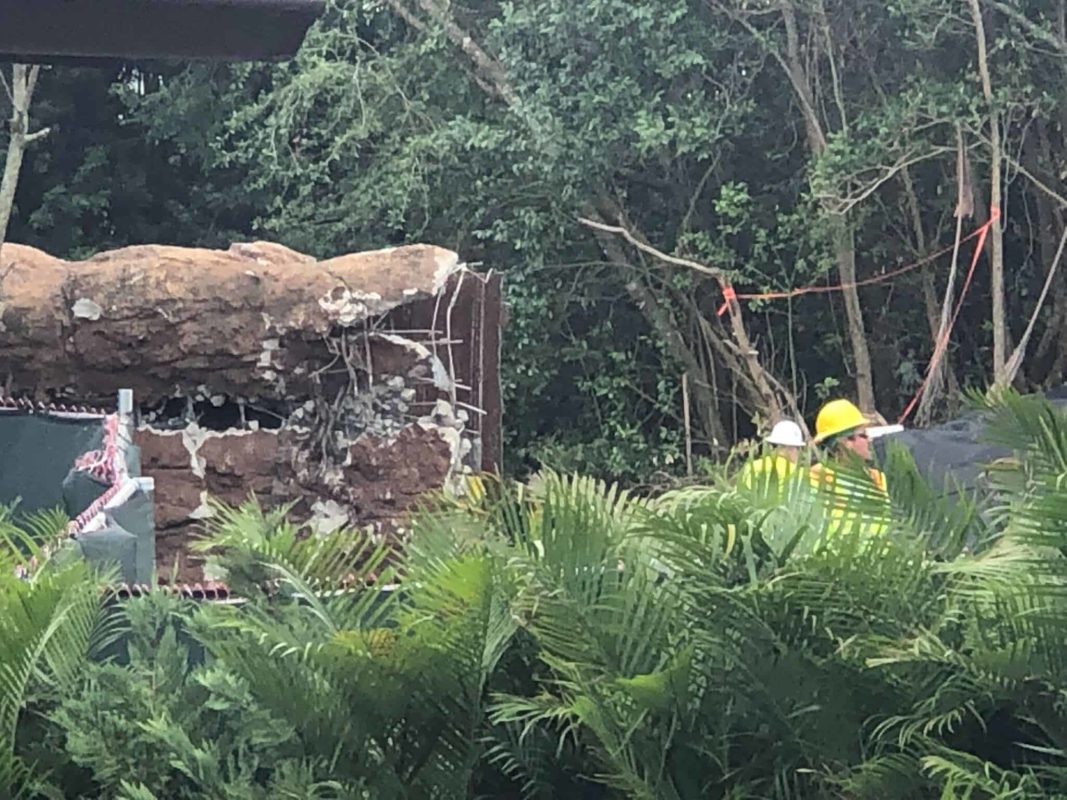 The quiet little pathway that connects Africa and Pandora has certainly undergone a lot of changes lately at Disney’s Animal Kingdom. The trees have been cleared from the area, and now we can see a little bit more over the fences at the construction taking place. This location will be the home of the Animal Kingdom Club 33 location, which intends to open by the end of the year. 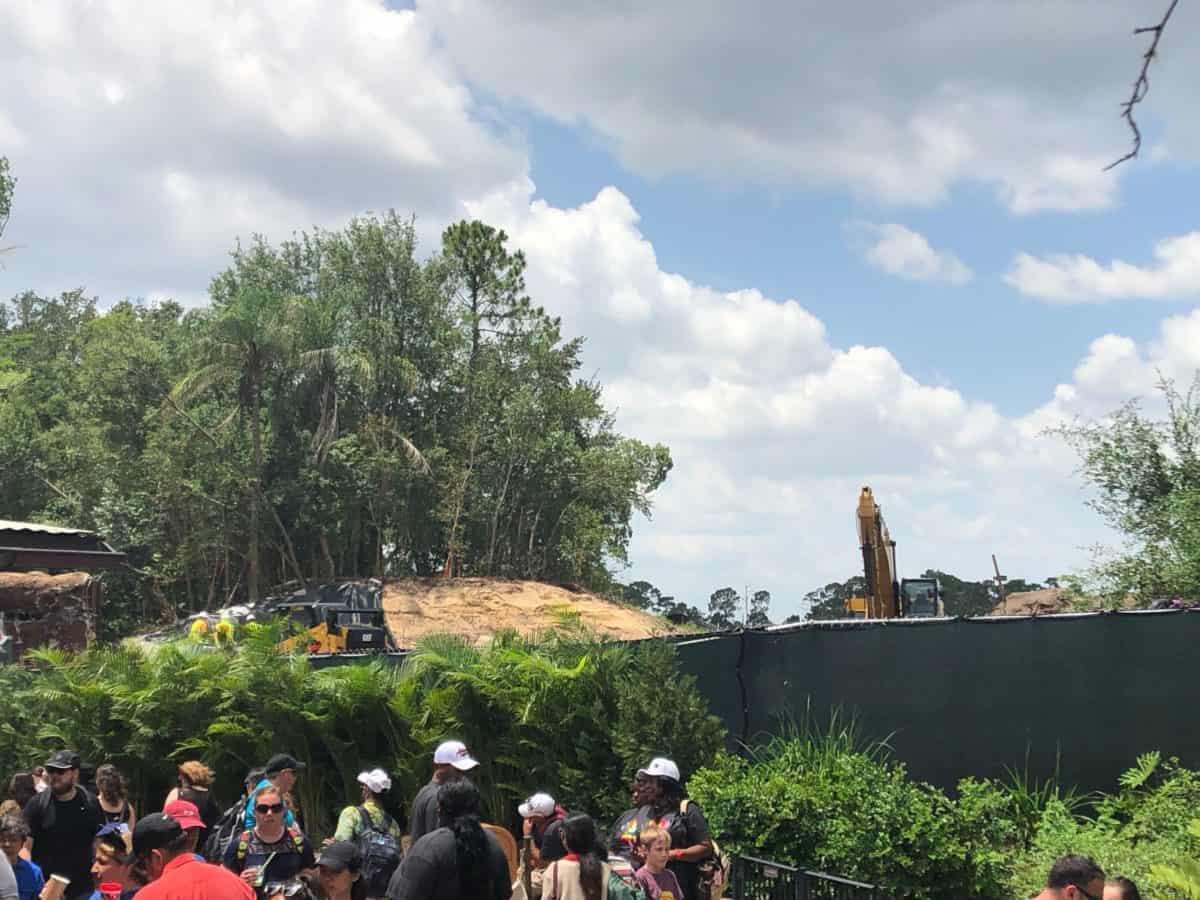 We can see construction equipment and workers in hard hats just peeking up over the fence. There are several trees higher up on the hill that are marked with red tape and the old stone wall facade is broken away and exposed. 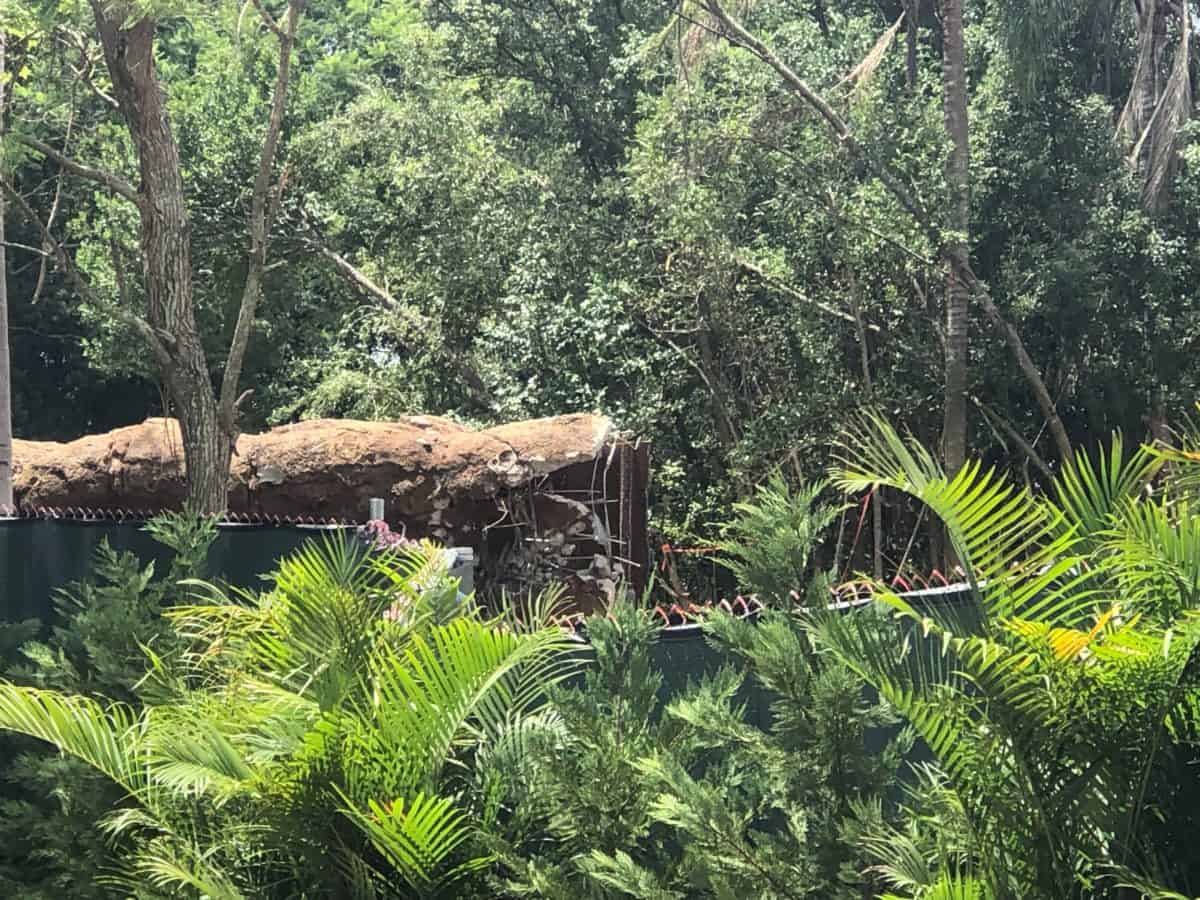 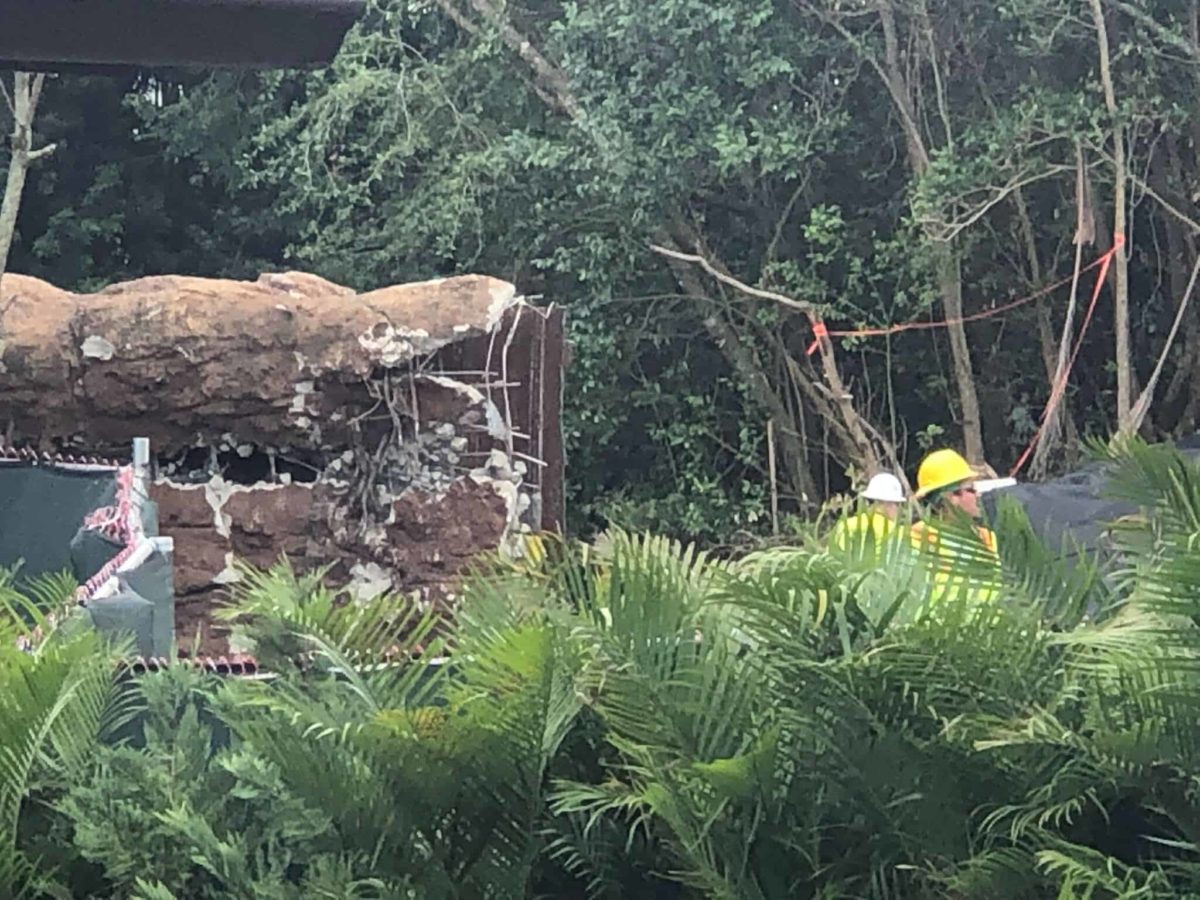 The new foliage in front of the fences will distract guests from anything happening behind the scenes, right? 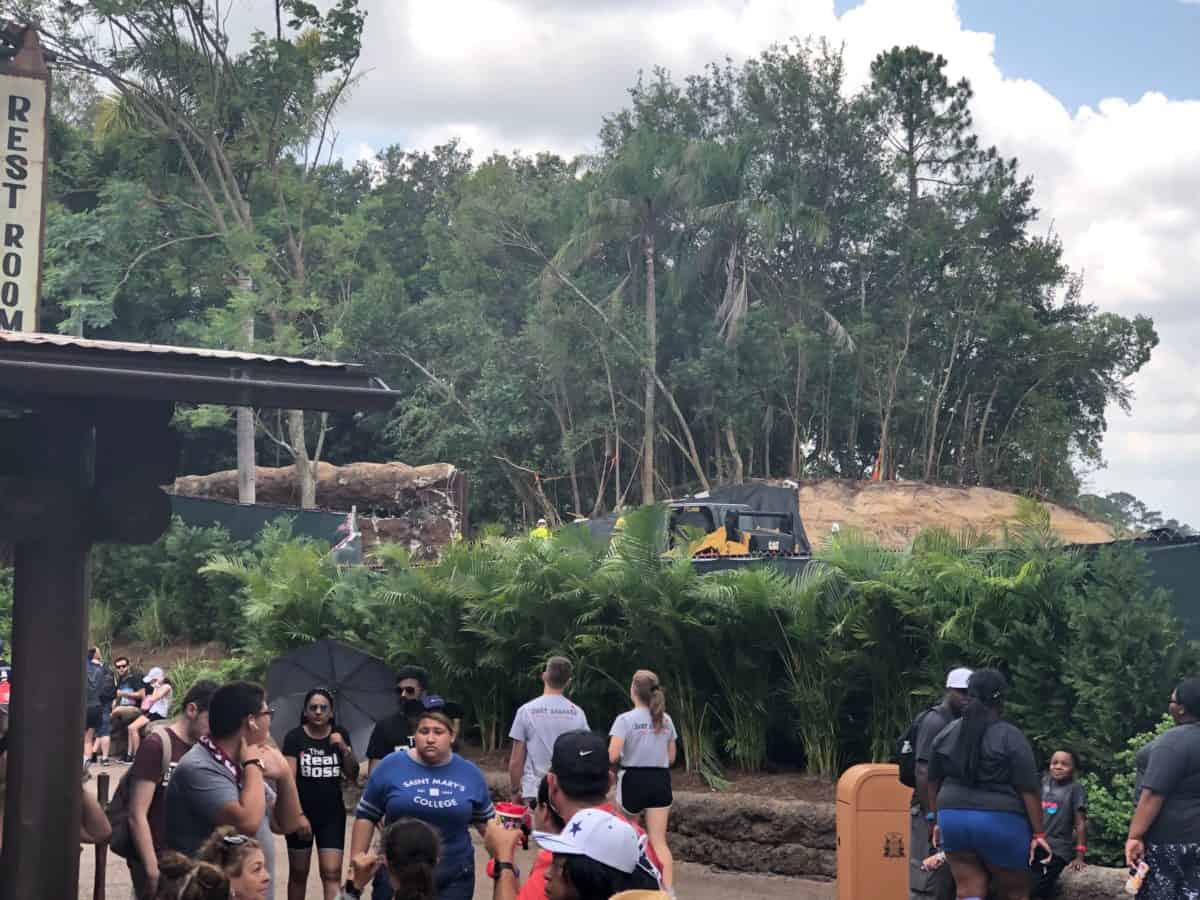 You can also make out another type of tarp or covering, over near the trees that have the red tape on them. 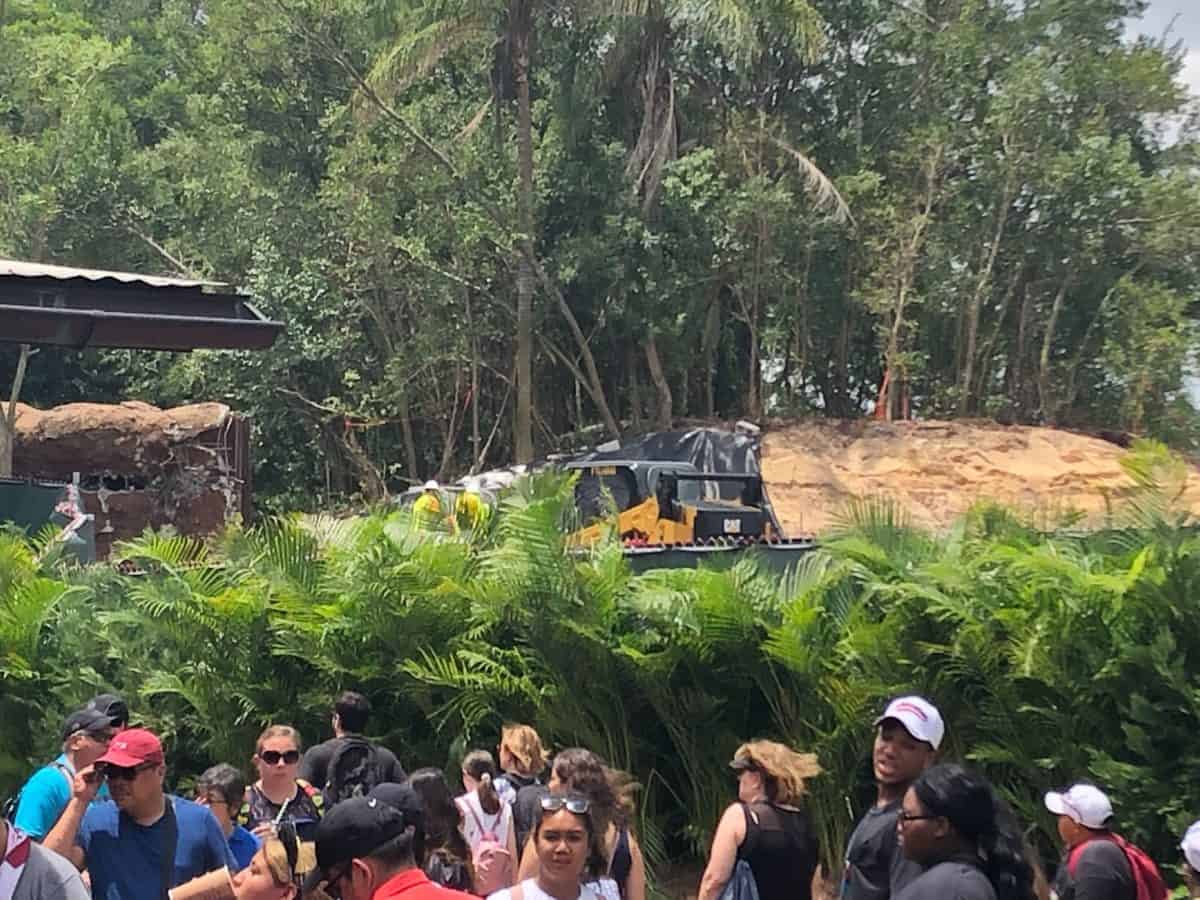 With the other three locations now open (Captain’s Quarters at the Magic Kingdom, Spotlight Lounge at Disney’s Hollywood Studios, and Constellation Club at Epcot), we’re excited that Disney’s Animal Kingdom is also getting in on the Club 33 action.

Be sure to stay tuned to WDWNT.com for more updates on the new Club 33 location at Disney’s Animal Kingdom.