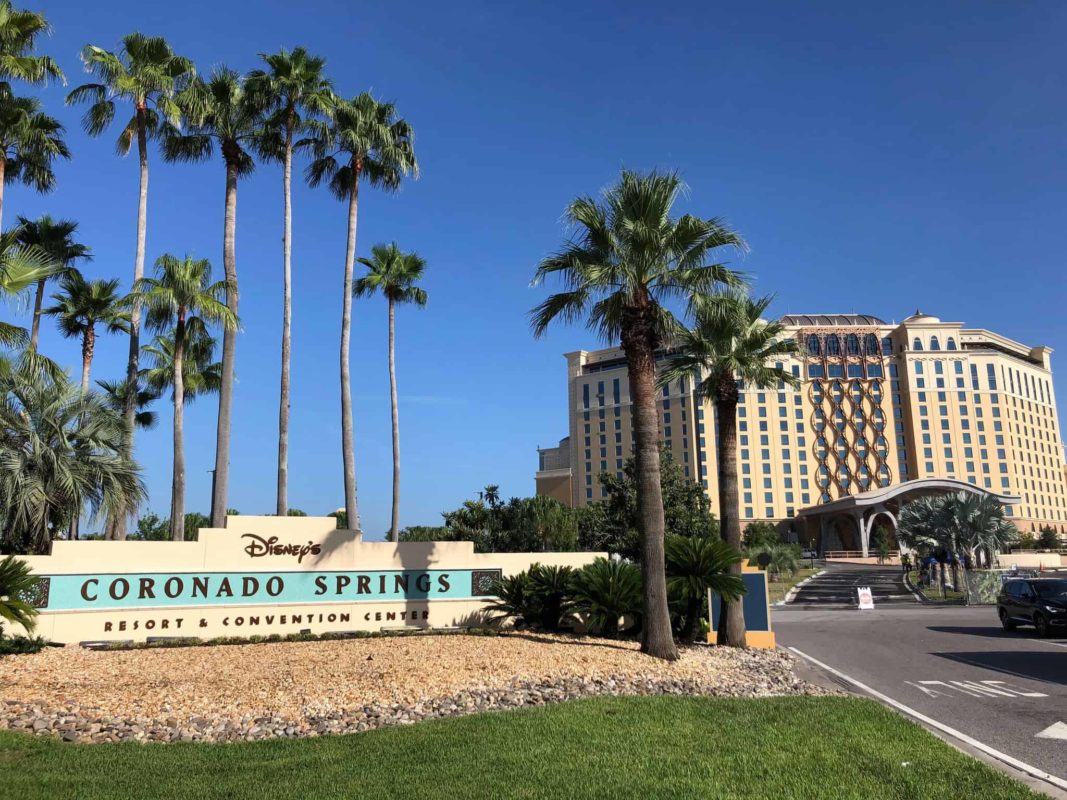 With Gran Destino Tower opening its doors in just a matter of weeks, Disney’s Coronado Springs Resort is getting ready to welcome its first guests to the hotel. They’re on a tight deadline, and the last few times we’ve been there to check out the opening of the resort’s new bridges, as well as Three Bridges Bar & Grill at Villa del Lago, construction on the tower has been ongoing, with contractors working well into the night.

Well now, it seems like their hard work is finally paying off as the resort flourishes with all kinds of new touches. While the resort’s entrance marquee was previously covered with tarp during most of construction, today it was finally unveiled in a glorious flourish of teal: 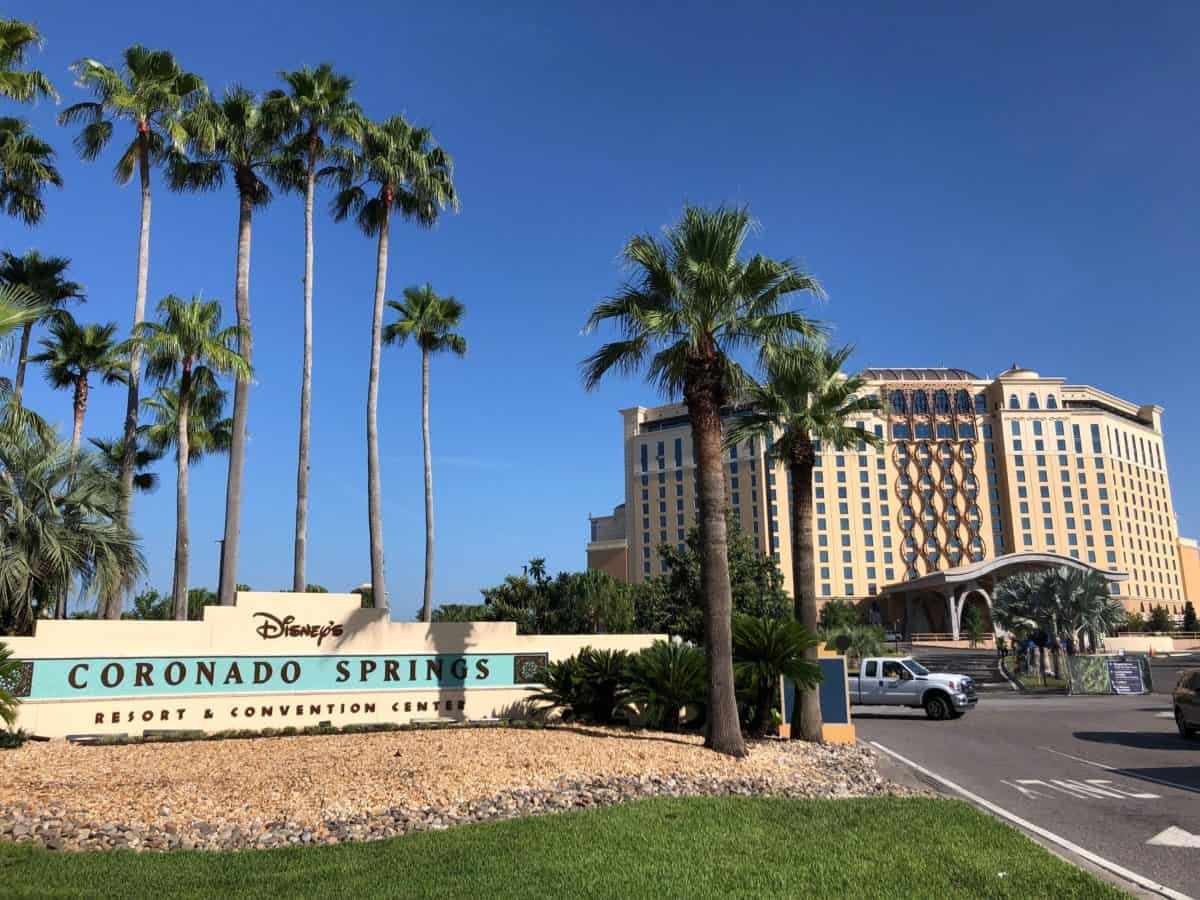 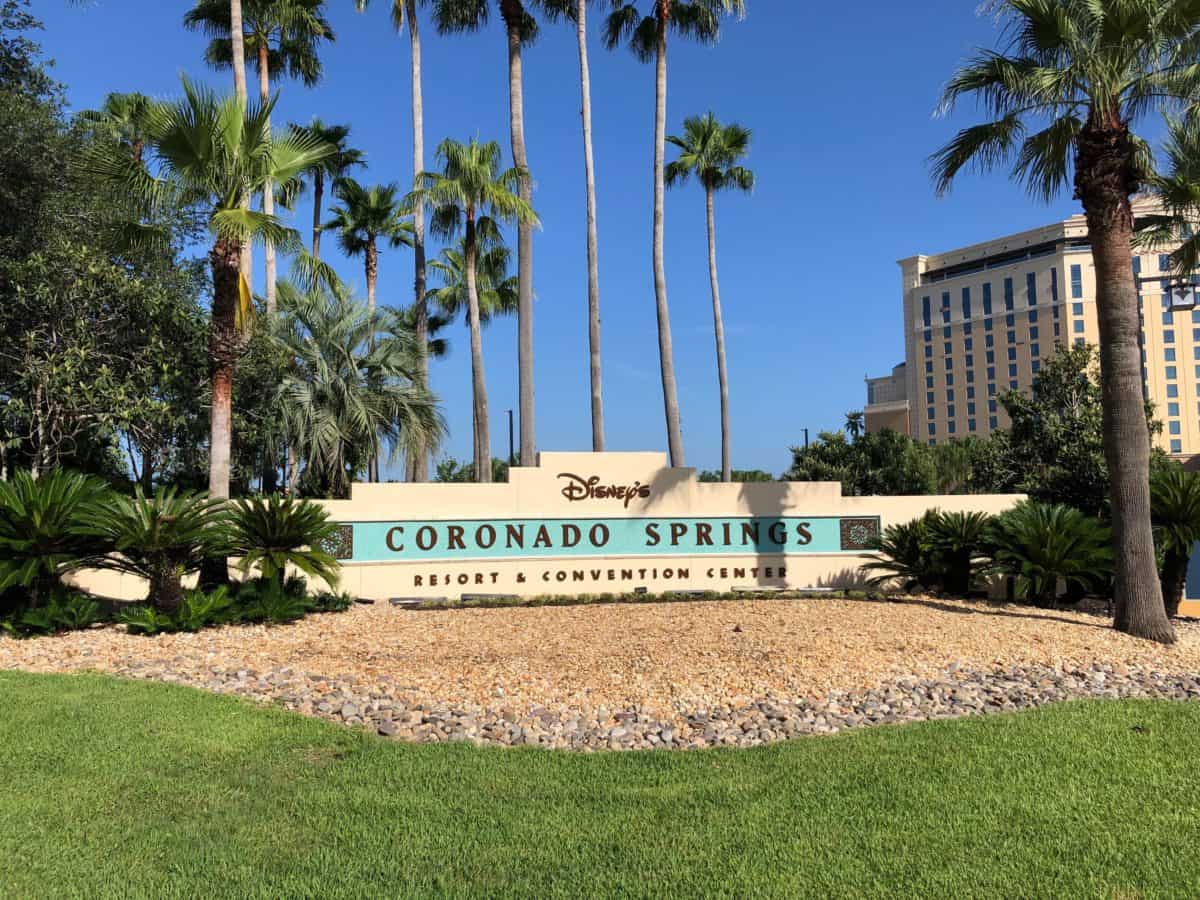 It’s funny that the resort’s new entrance sign resembles the old, pre-refurbed rooms in terms of the teal and brown tones. 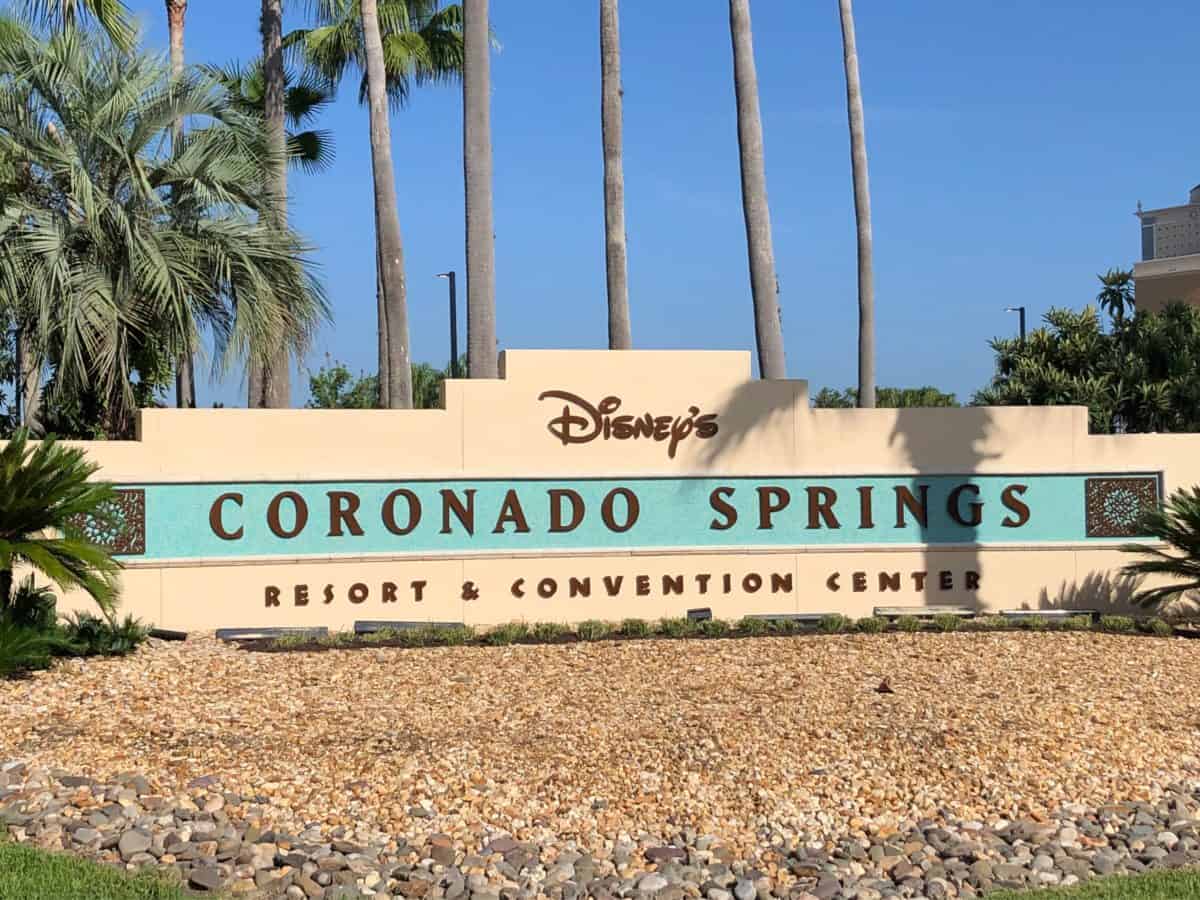 Compared to the more creative and colorful tile entrance that used to welcome guests, while pretty, this is strikingly muted and plain-looking by comparison. 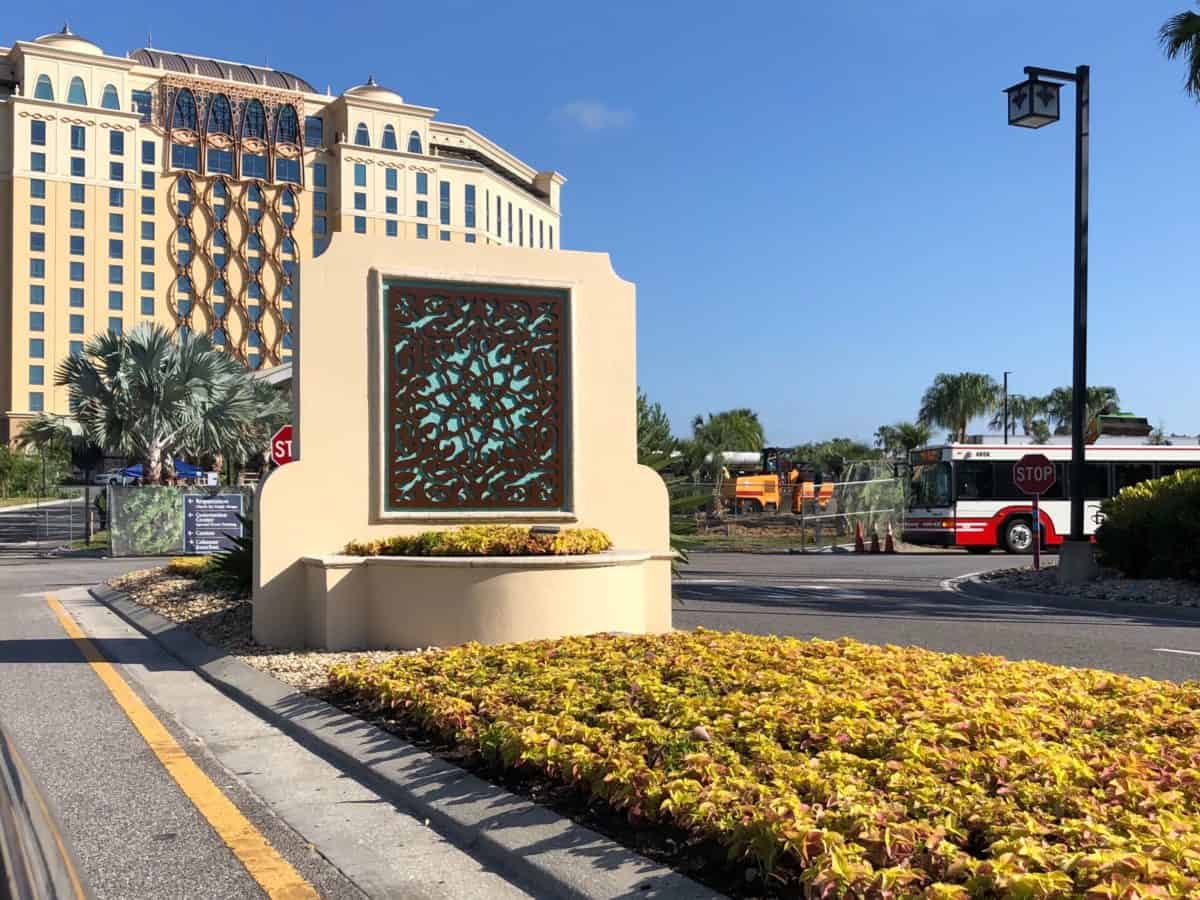 A lovely wrought-iron piece is featured in the middle island separating the entrance and exit lanes. This used to display a tile mural of the resort’s old logo, but even that’s been changed with the addition of Gran Destino Tower:

Currently, guests looking to check in make a left at this point over to the security gates, but once Gran Destino opens, we expect all ingoing traffic to the resort to be directed towards the large porte-cochère at the new Tower.

If you’re curious as to what the marquee used to look like, here’s a photo back from 2015, courtesy of our friends over at MouseSteps.

Overall, while we’re sad that this resort has lost so much of its flavor over the years, there’s no arguing that the rooms here definitely needed the upgrade, and the entire resort does feel more upscale all the latest changes. Once Gran Destino Tower opens, it will likely change the feel of the resort experience, and we hope it’s for the better. We’ll just have to wait and see, but in the meantime, we still miss Burrito.