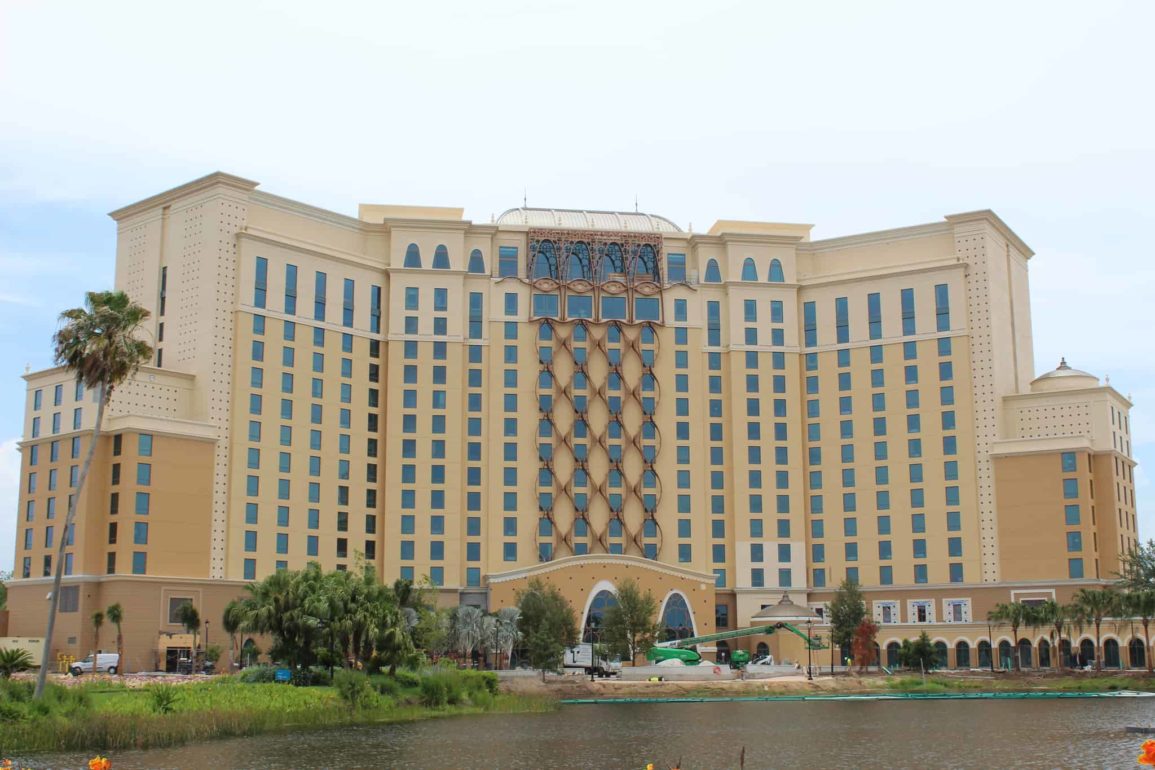 Welcome back! During our last visit to Disney’s Coronado Springs resort, Three Bridges Bar and Grill hadn’t even opened yet, and we spotted even more progress on Gran Destino Tower. This week, even further progress has been made on the tower, the old walkway bridge has been demolished, and we finally got to try Three Bridges! Let’s take a walk around the resort. 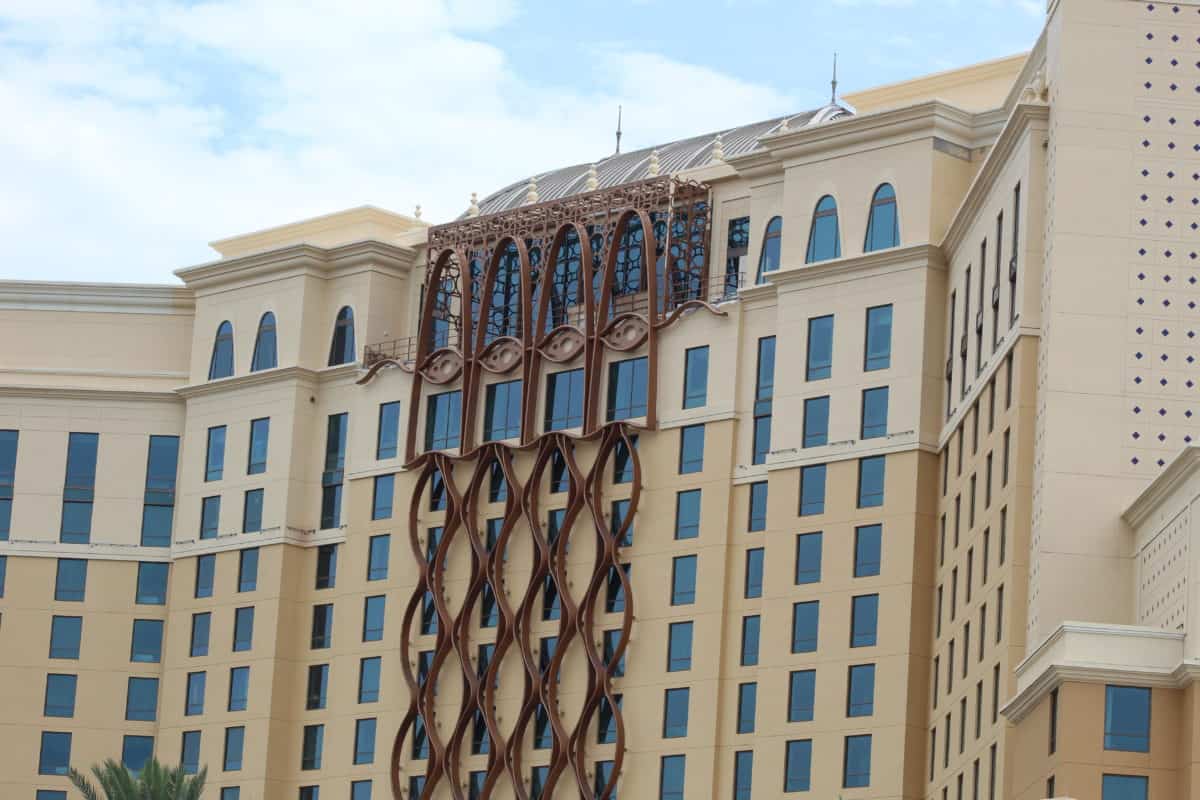 The decorative element on the back side of the tower appears complete. The three eyes in the middle resemble a Dali-inspired art piece. 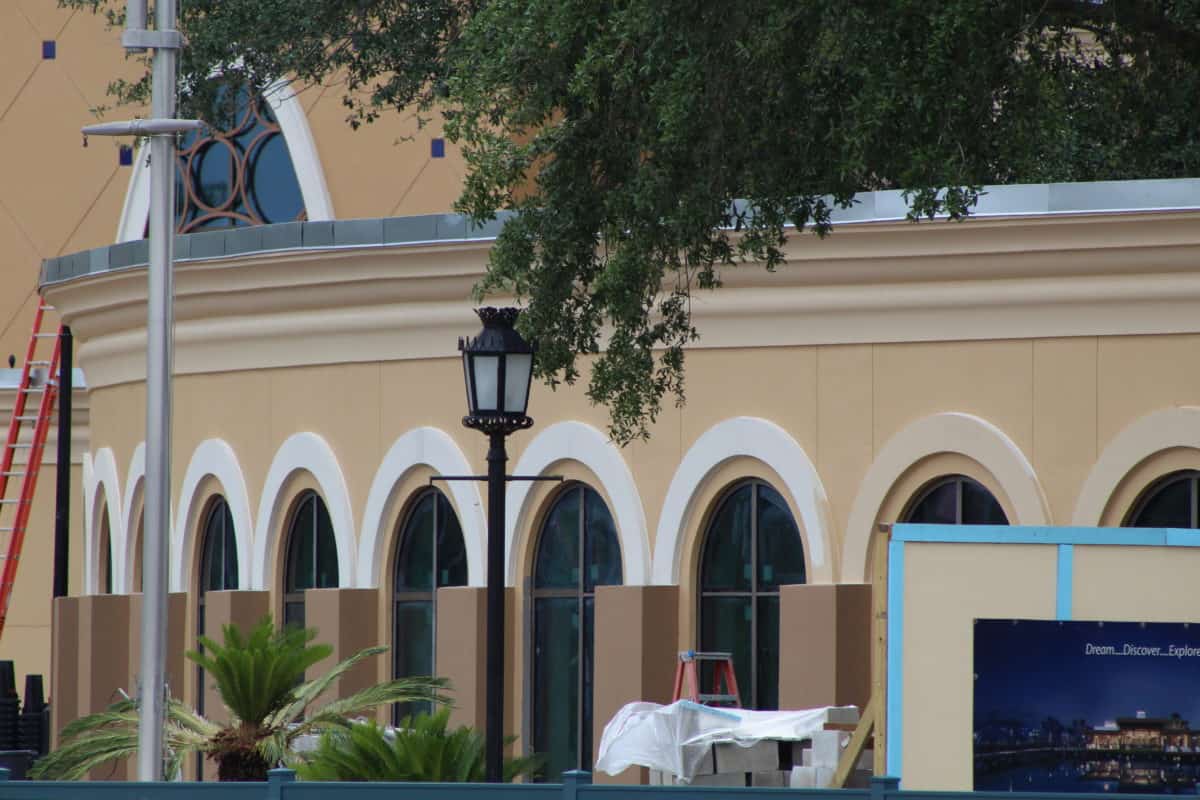 The walkway connecting Grand Destino Tower to the regular Coronado Springs lobby is coming along quickly. The area surrounding the windows is currently being painted white. 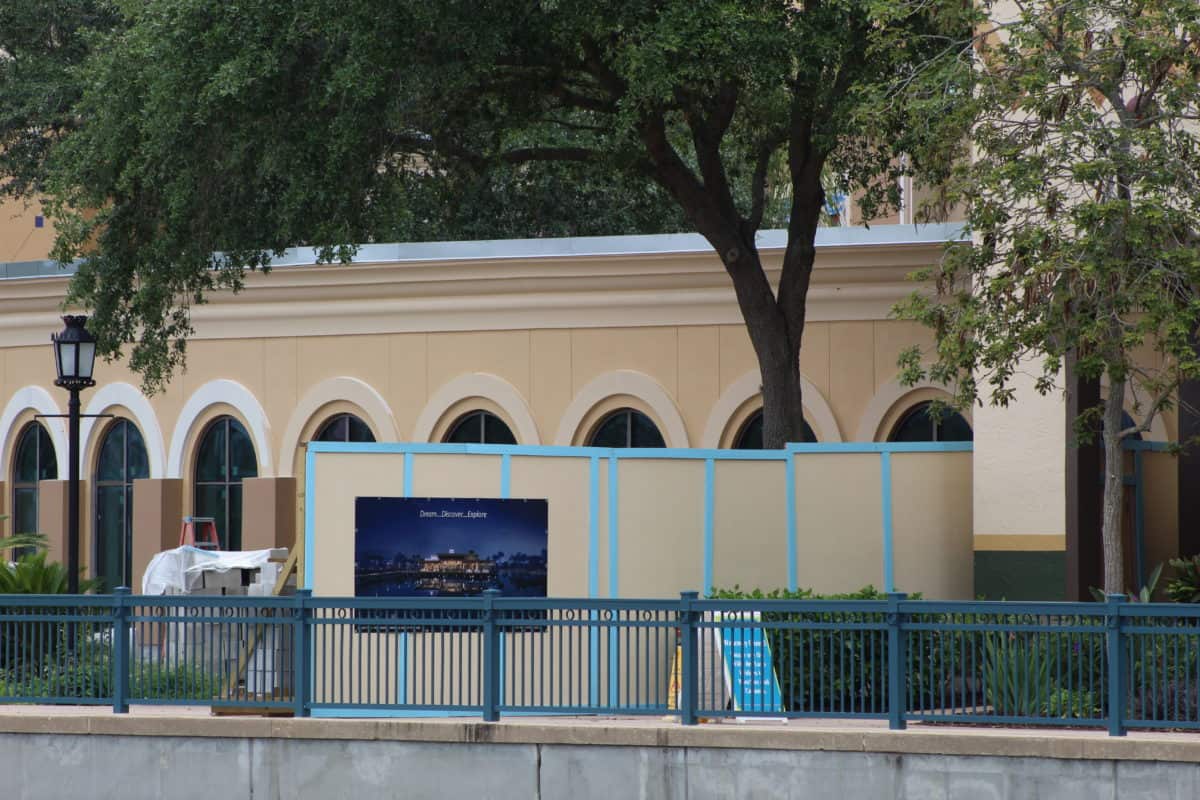 As a reminder, you can no longer walk past the Coronado Springs Lobby toward Gran Destino Tower as it’s now walled off. This area will re-open with the opening of the tower. 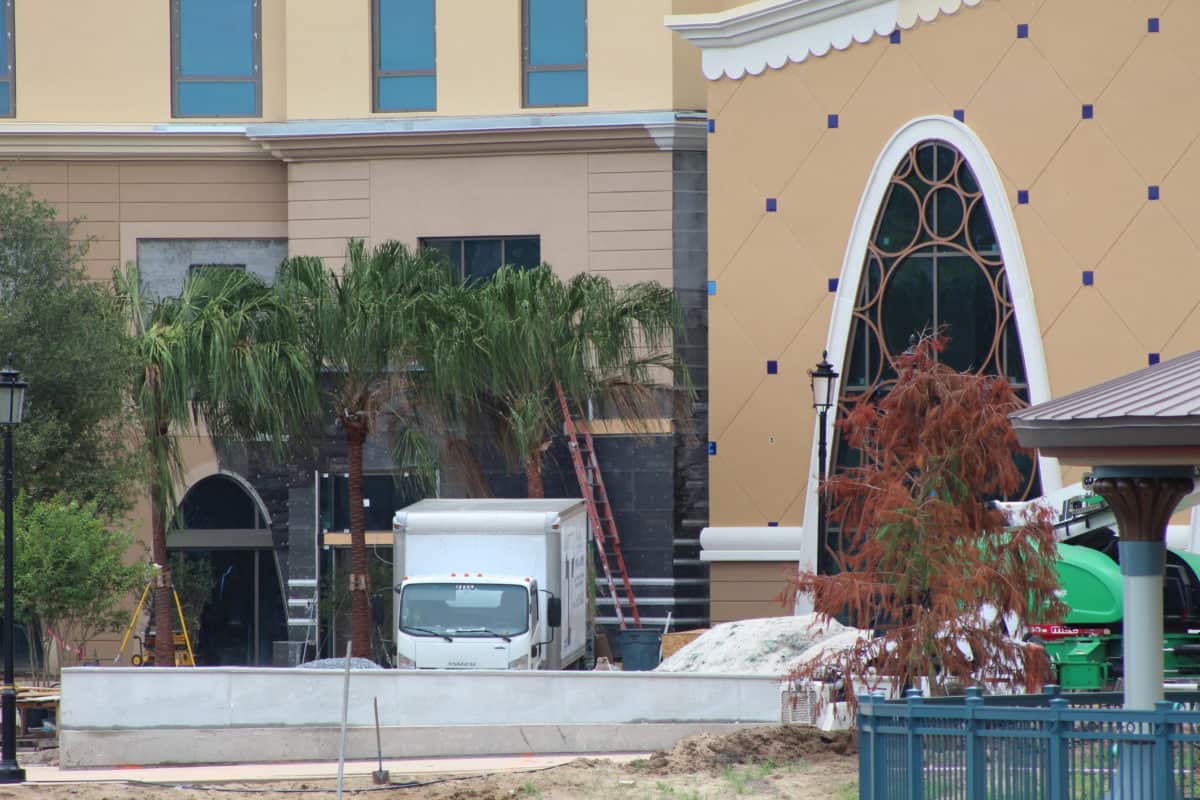 Some more paint and general work is happening closer to what will be the back entrance to the Gran Destino Lobby. 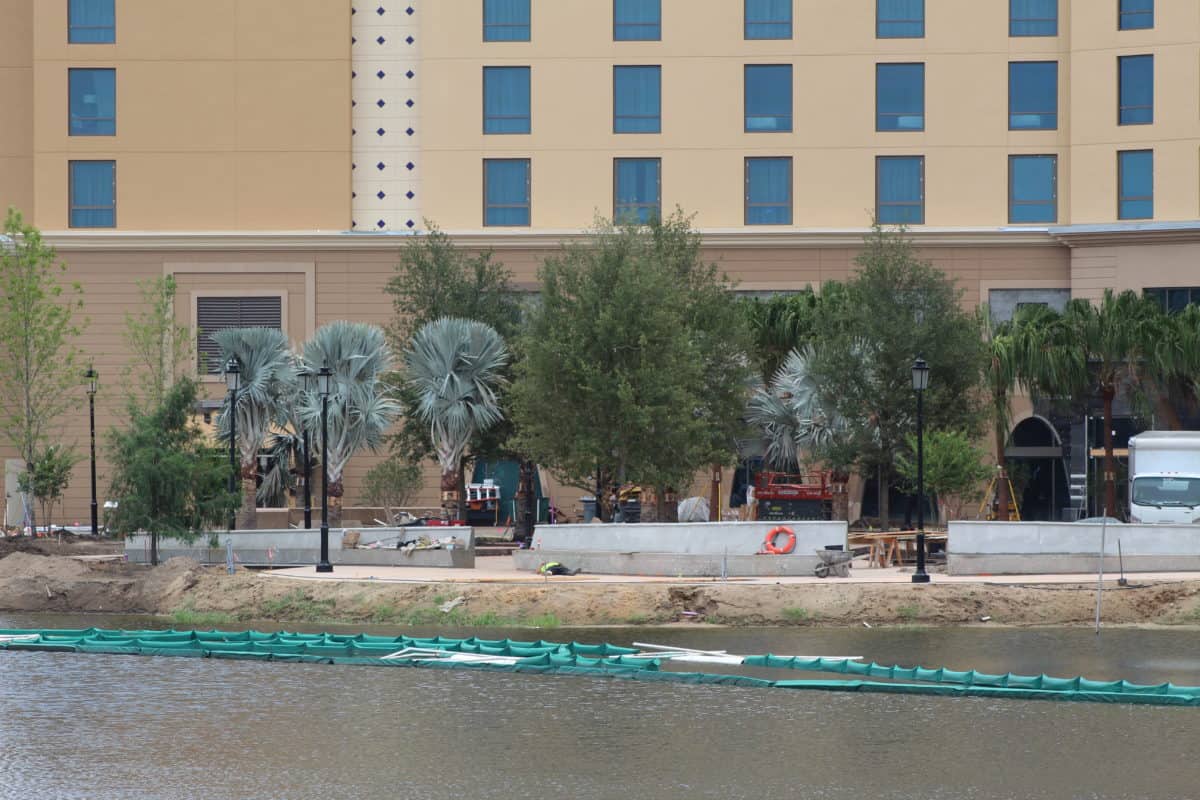 Some cement blocks are being set up around the perimeter of the area, as well as some trees beginning to be added. 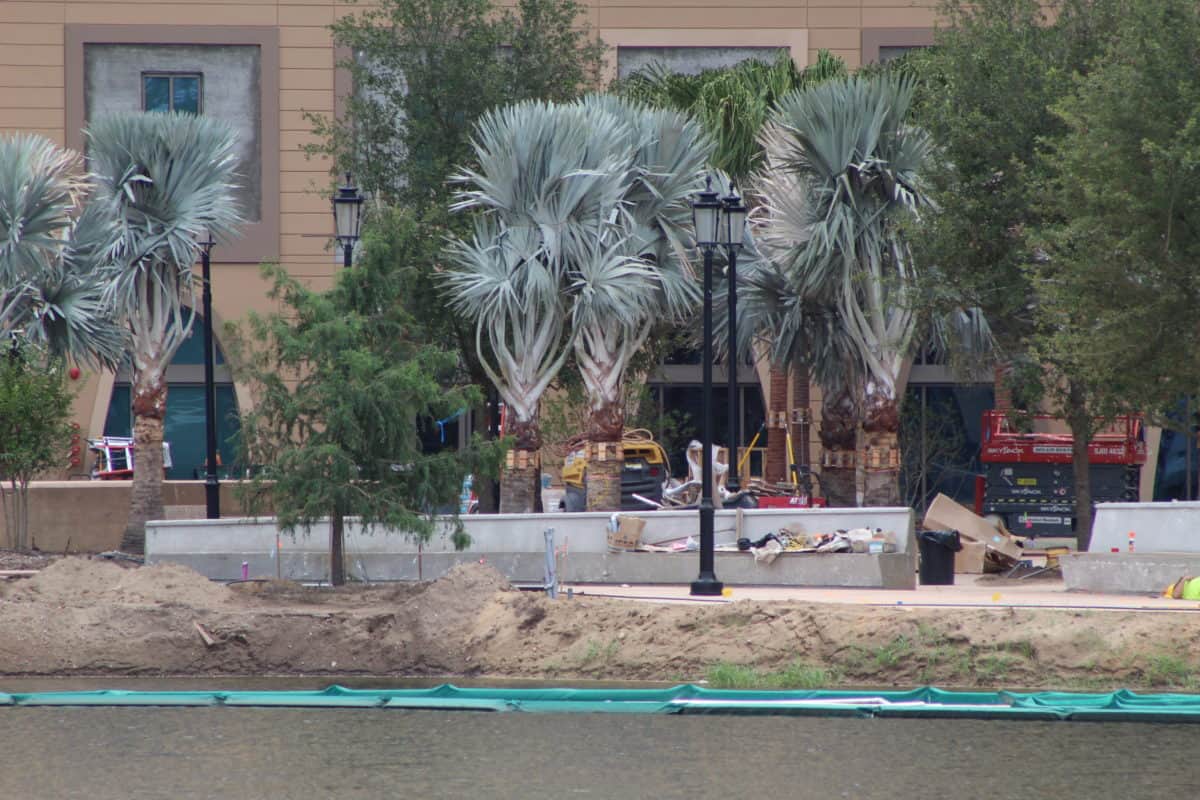 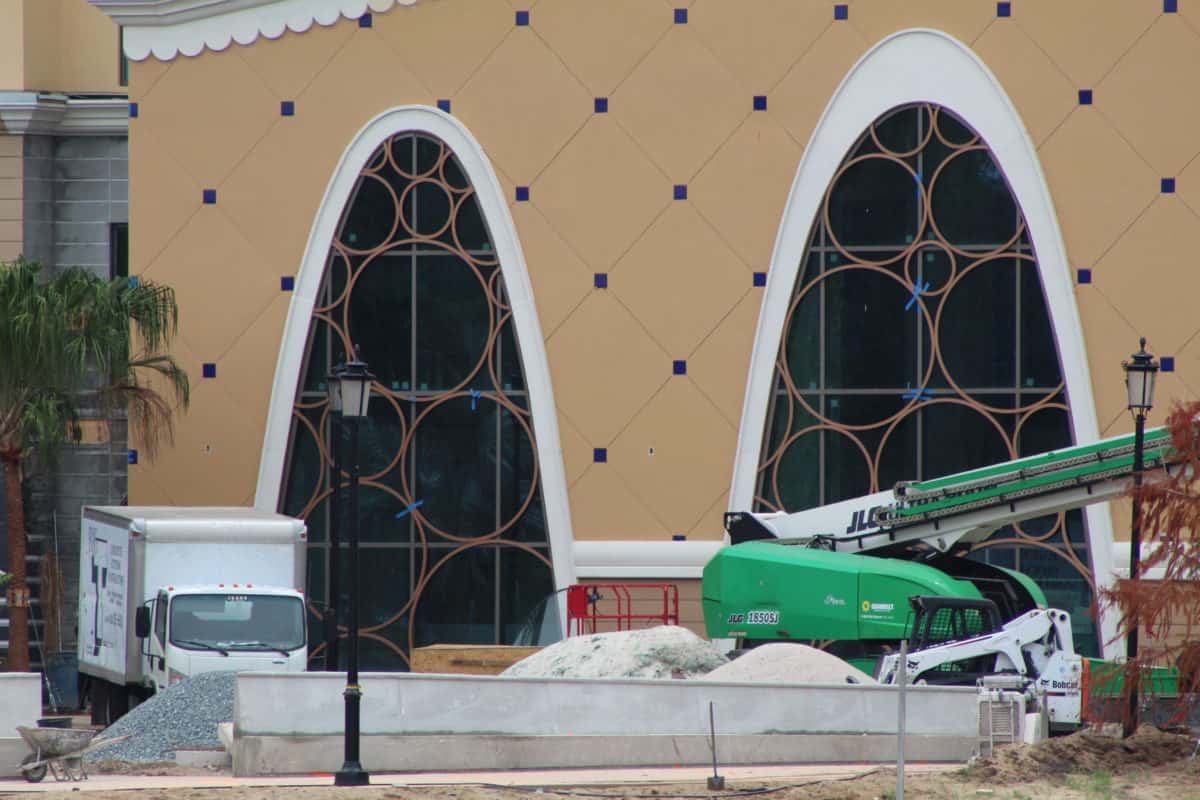 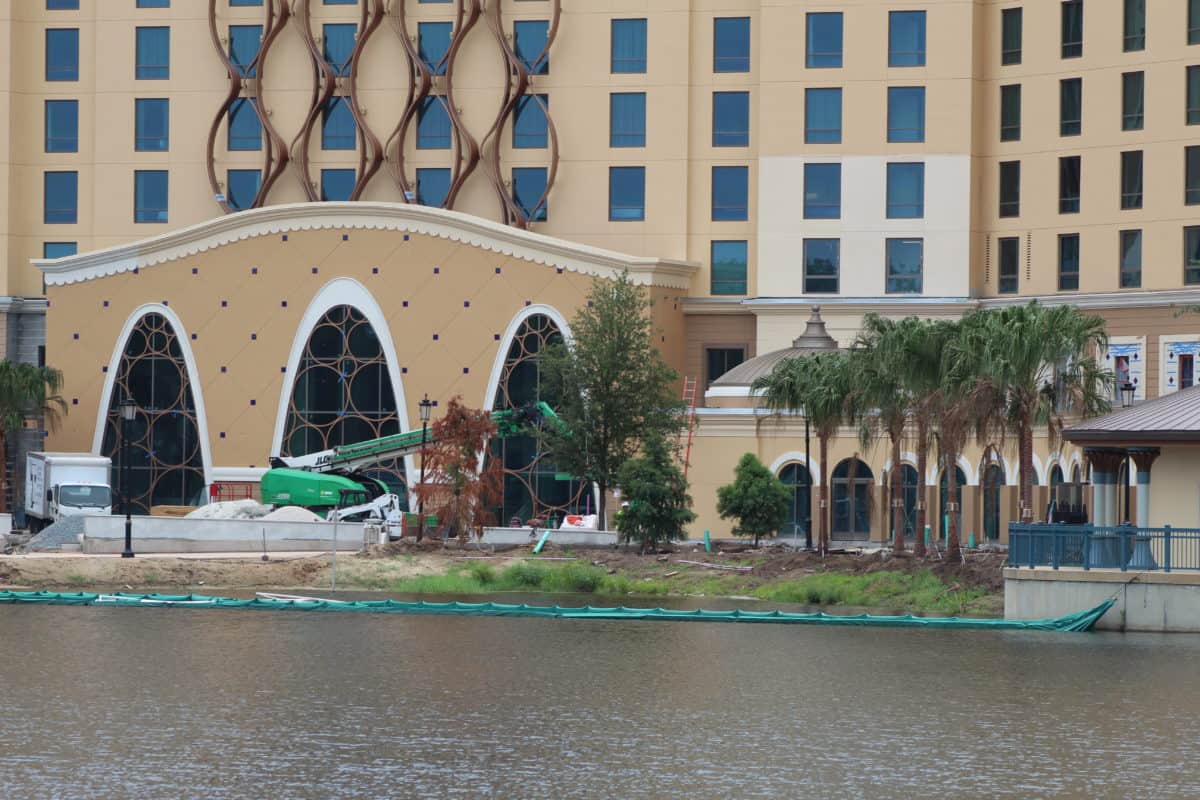 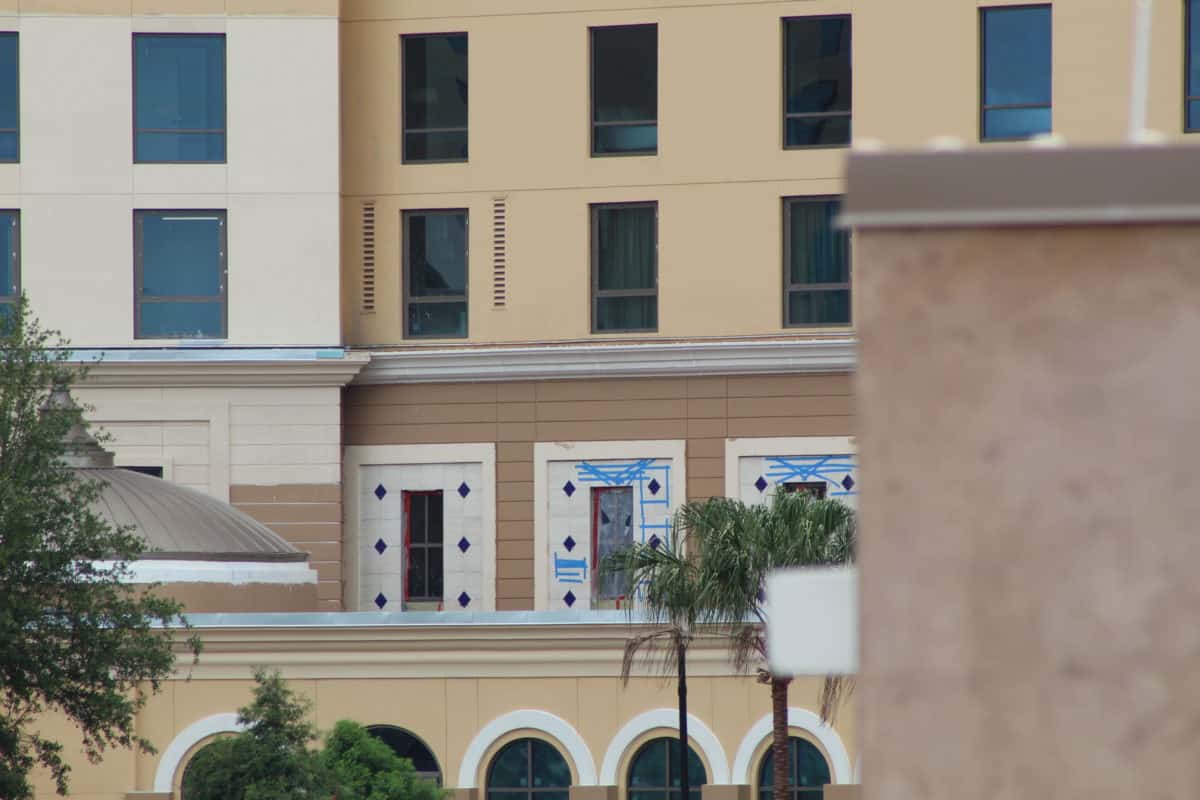 A few of the windows have a ton of tape around them. So much that it looks like someone just got bored and started playing with tape. 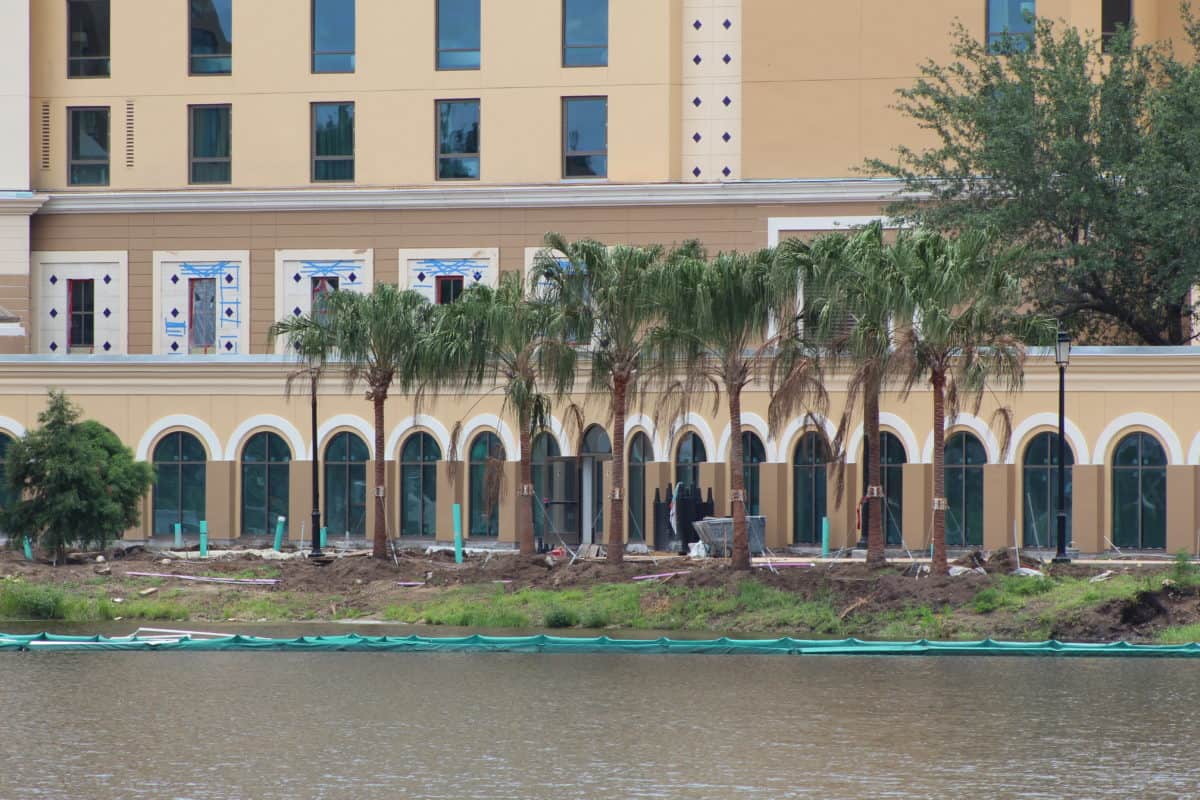 Another look at the long walkway between Coronado Springs main lobby and the Gran Destino Lobby shows some palm trees lining the path. There are also many new trees that have been planted around the whole area. 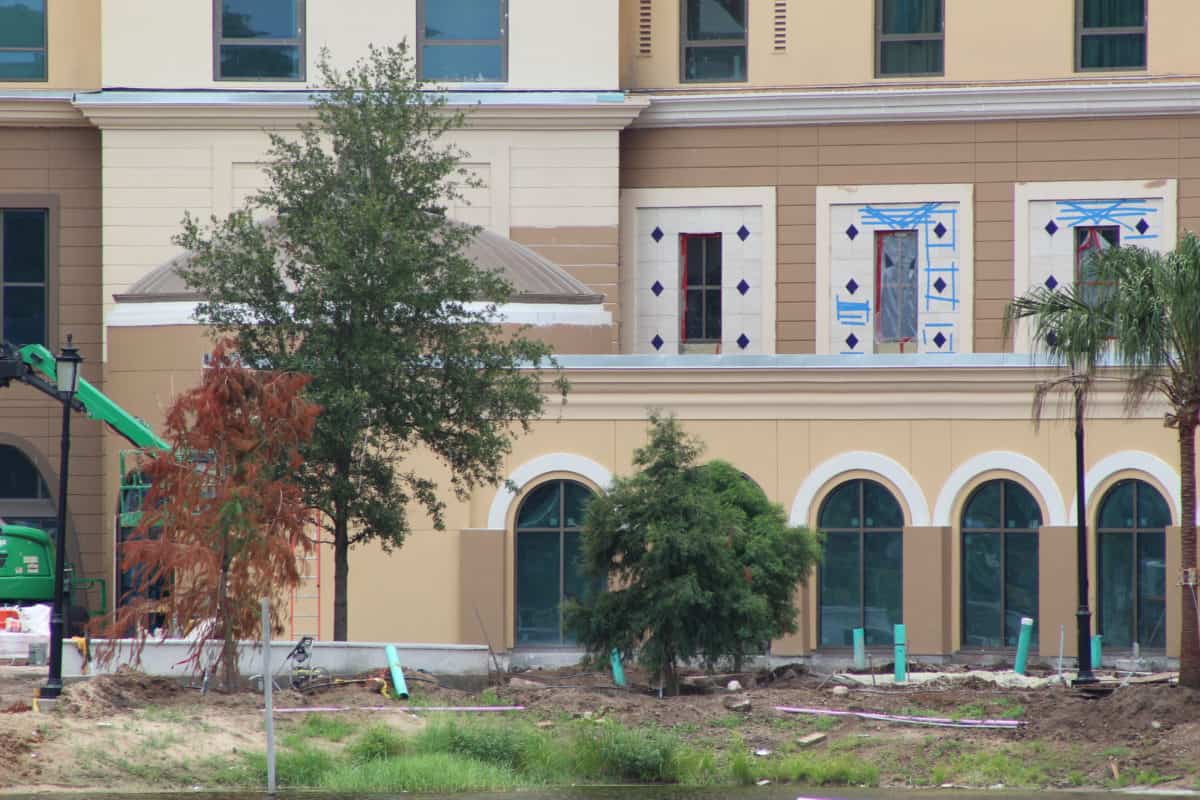 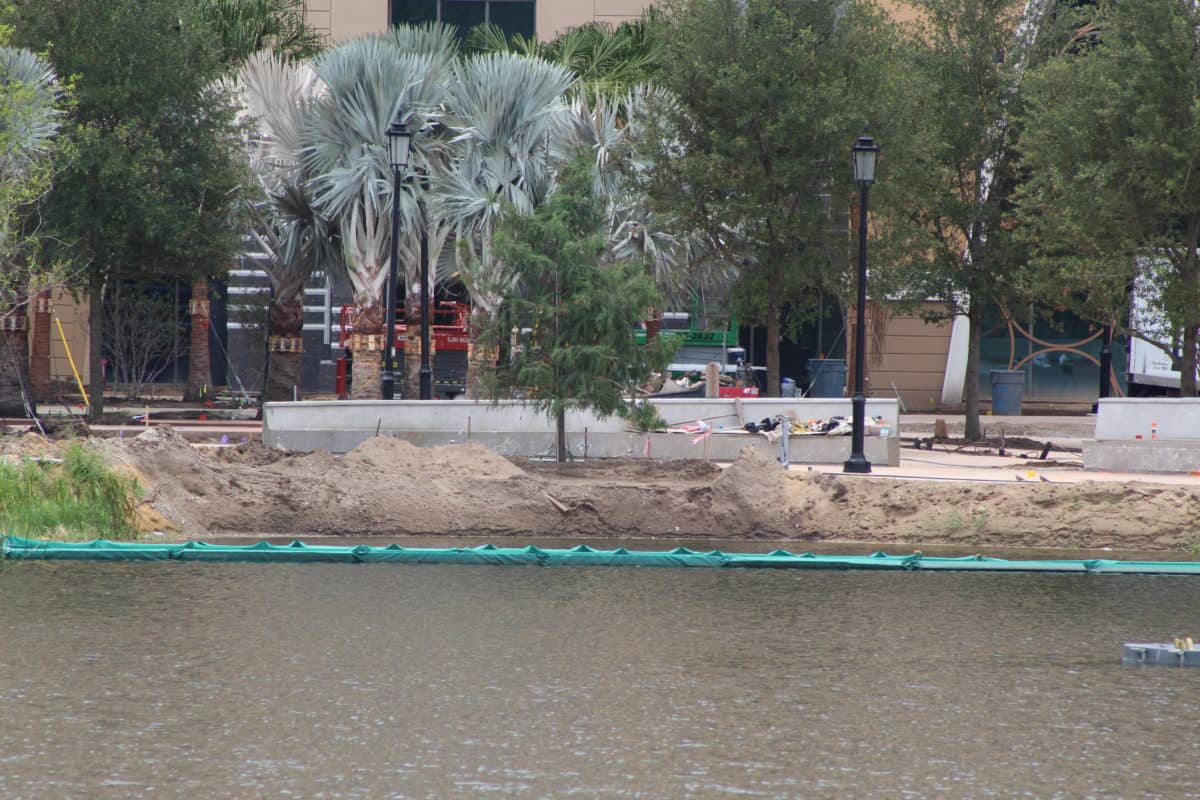 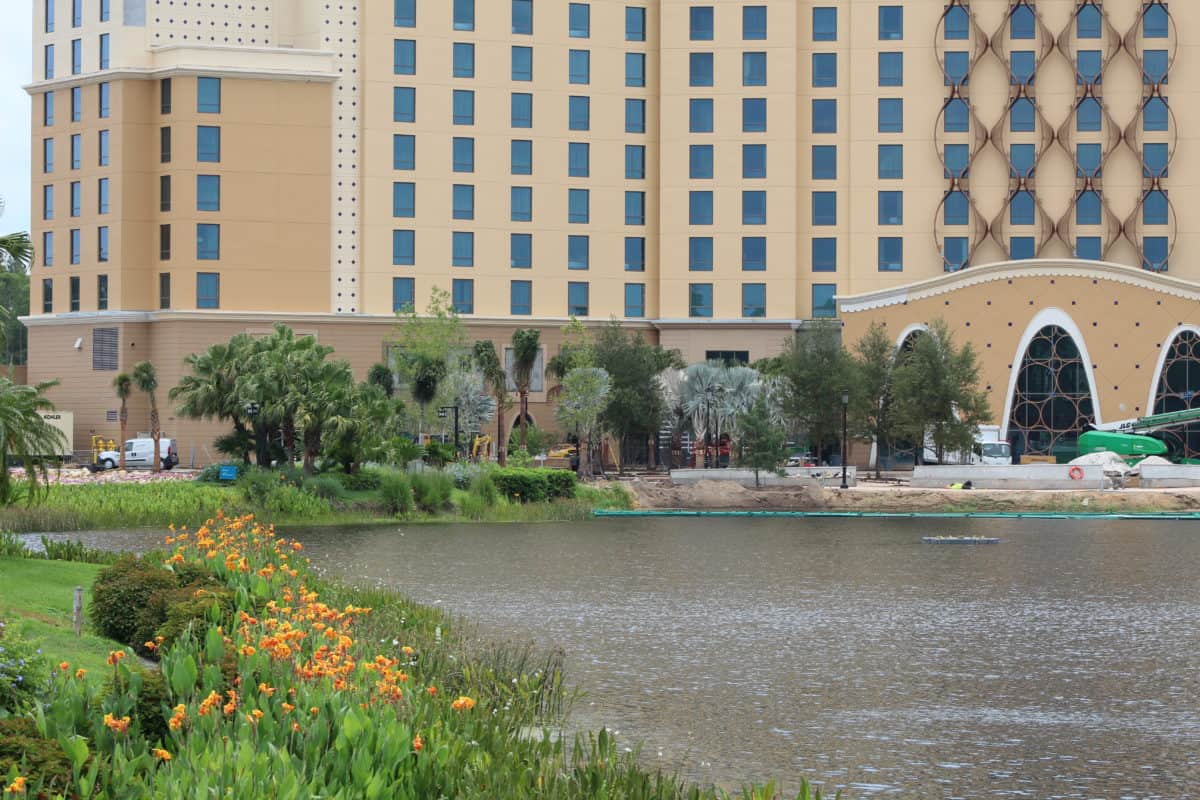 The trees add a lot of life to the area (literally) and really tie the color scheme together. 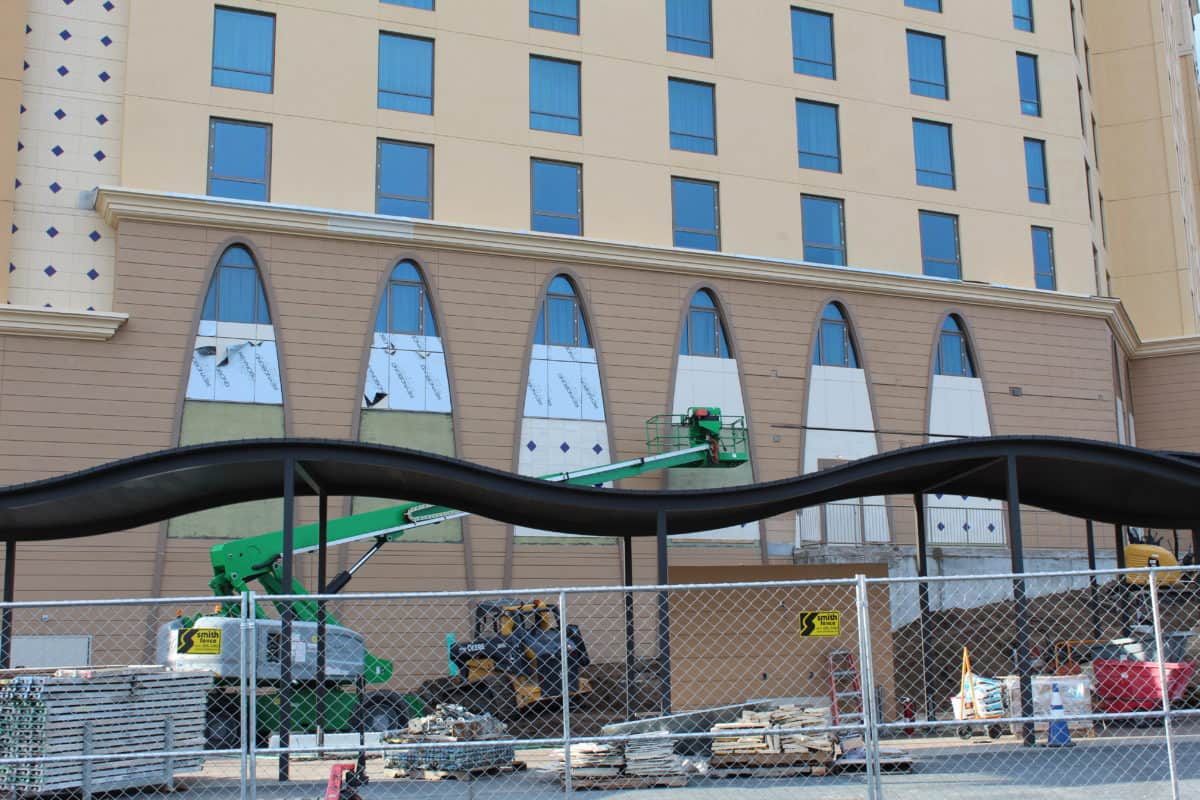 Toward the front of the resort, windows are being put into place and some tile detailing is happening toward the bottom portions (see a completed one on the middle left window) 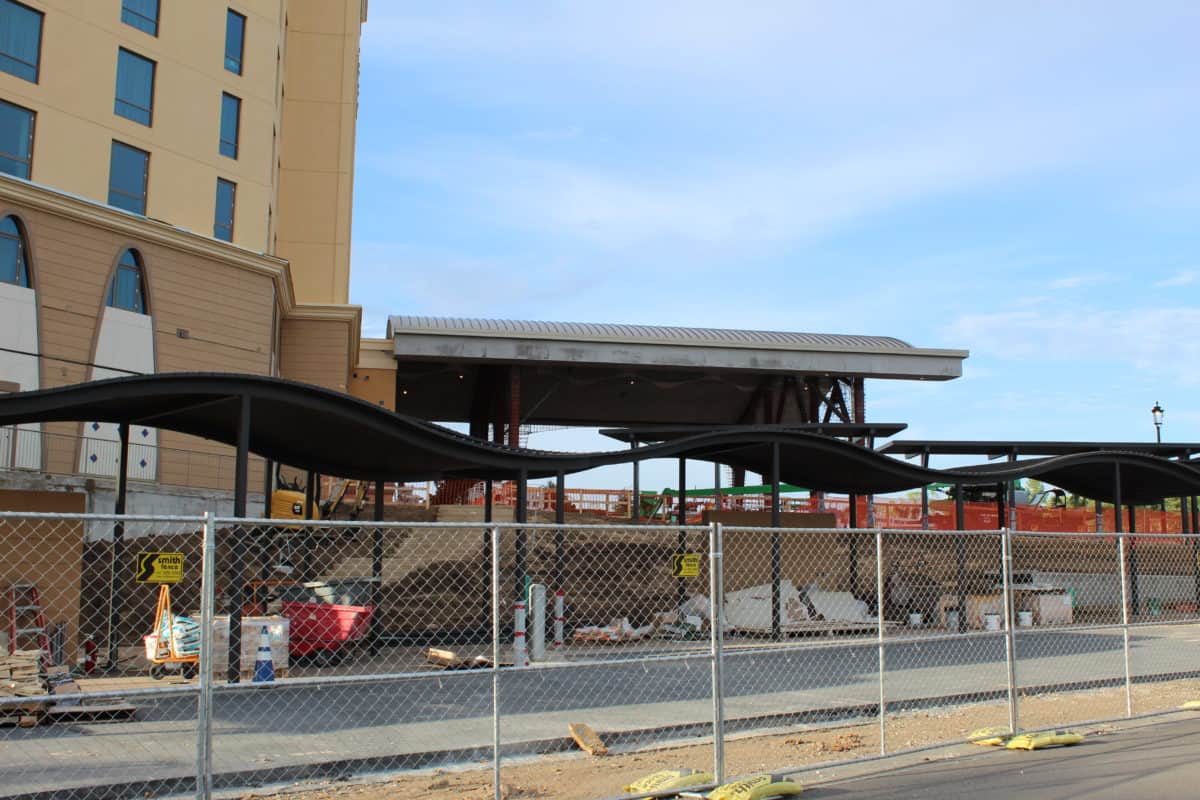 The area that is assumed to be the bus loop is coming along well. A wavy black structure has been installed along the side of the tower. 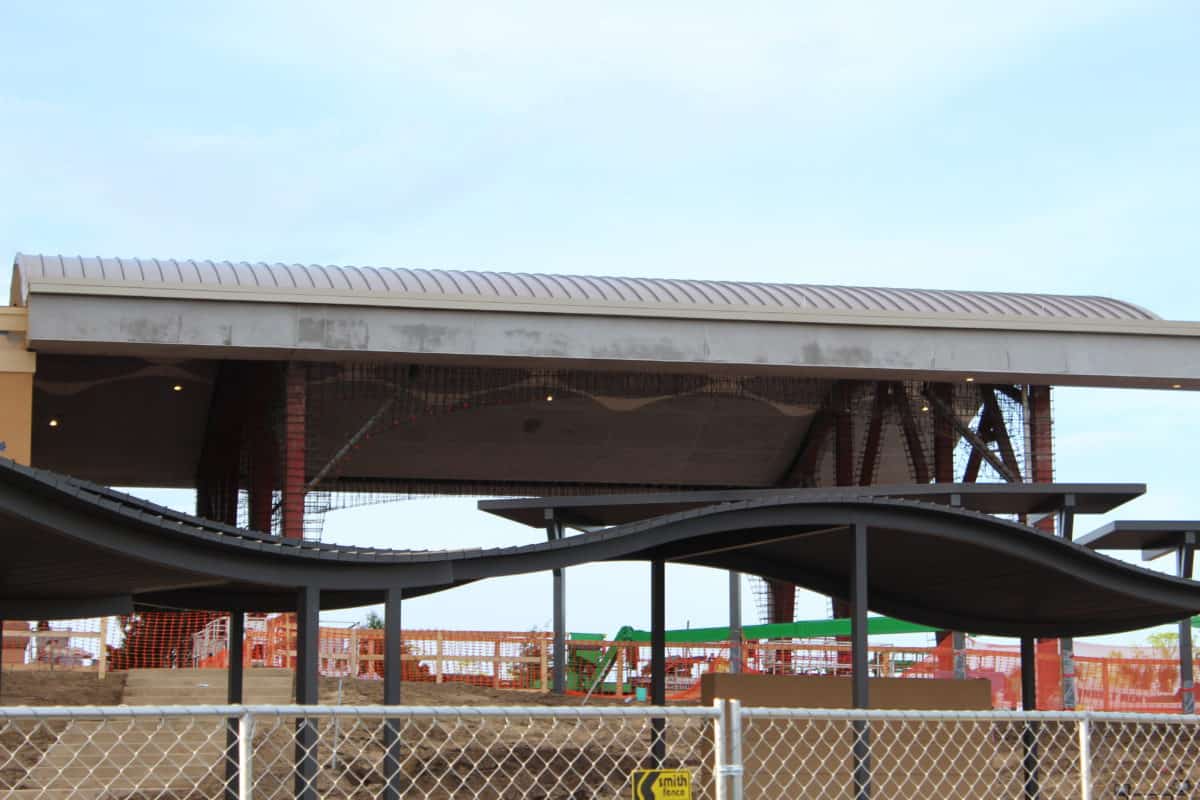 The overhang at the front of the tower has a lot of steel wrapped around it still. Construction is still ongoing in this area––they’re closing in on a tight deadline. 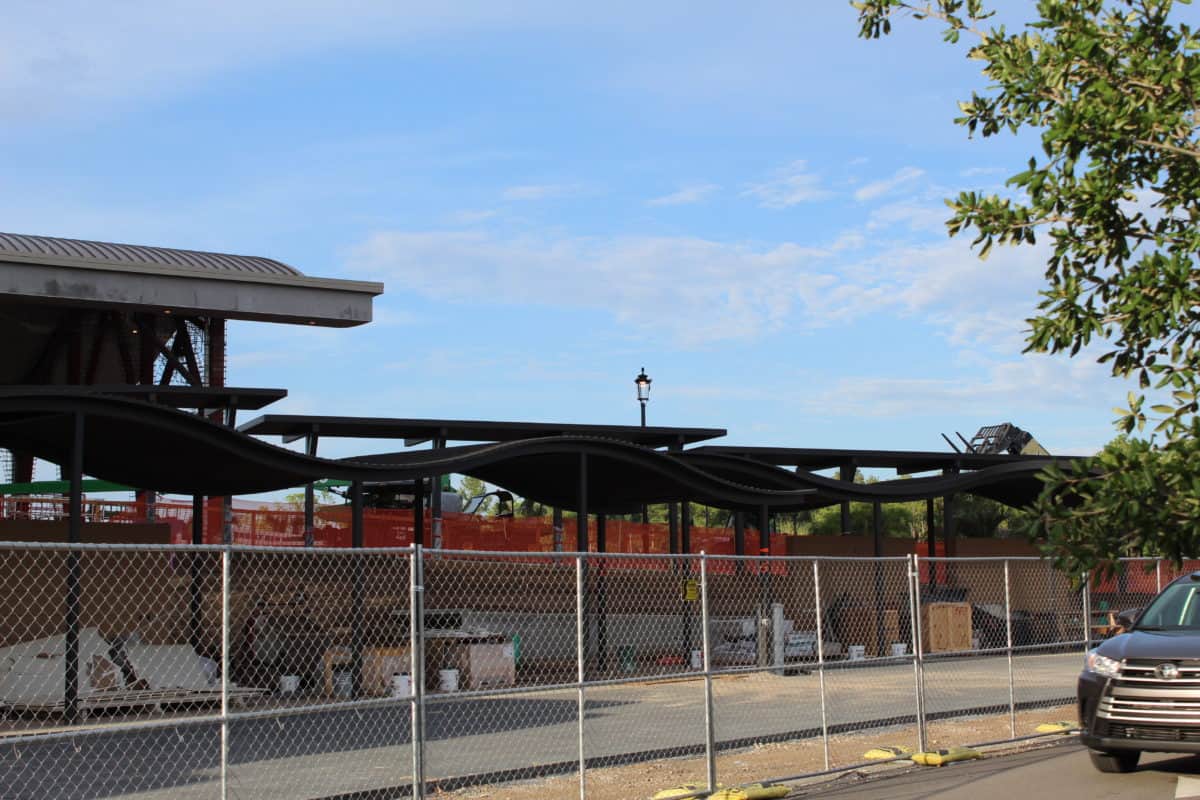 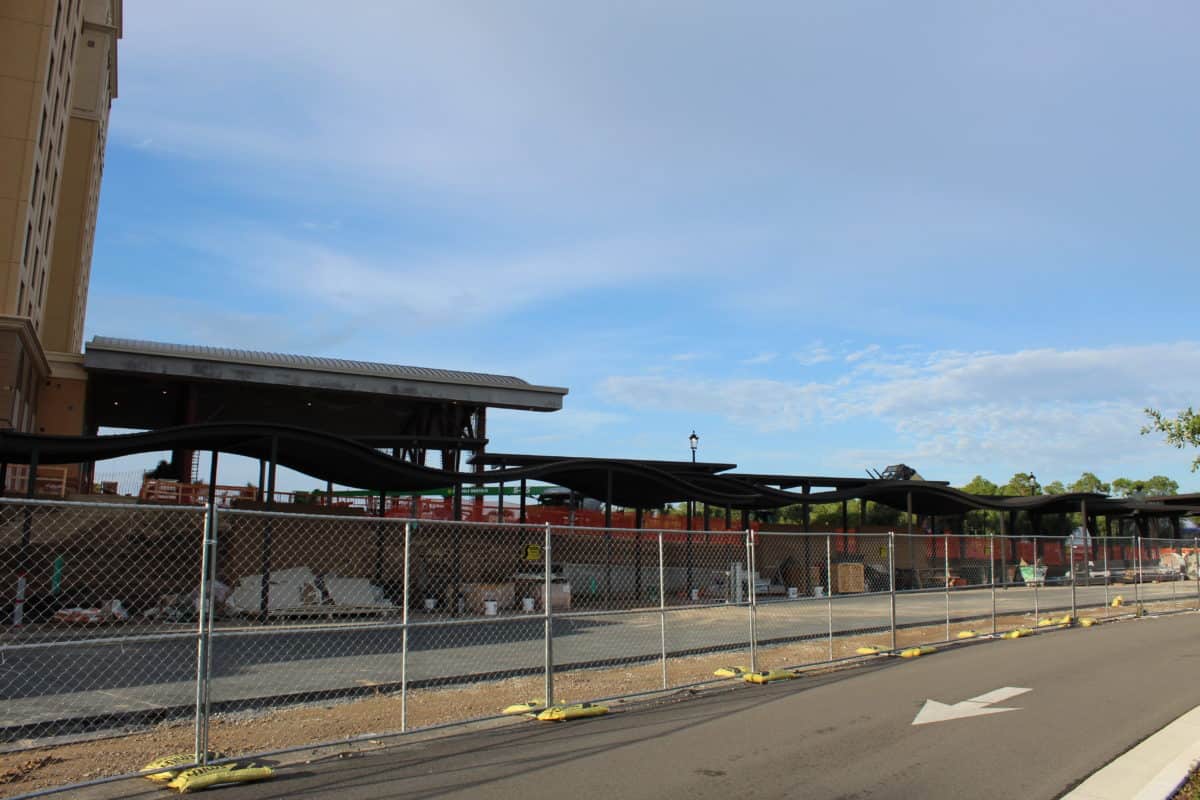 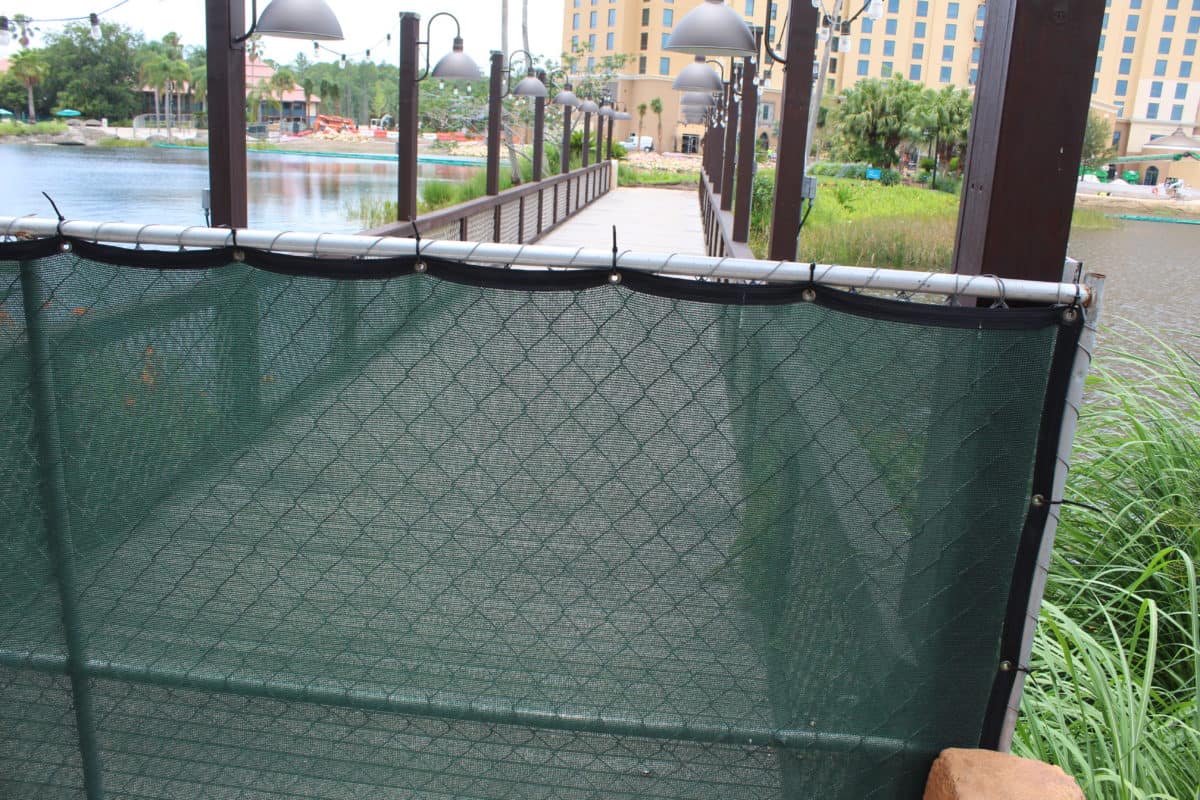 The bridge that connected the Coronado Springs lobby to the pool area has now been demolished and removed, following the Villa Del Lago opening. There is a very small section of the bridge remaining, however this is all that’s left. 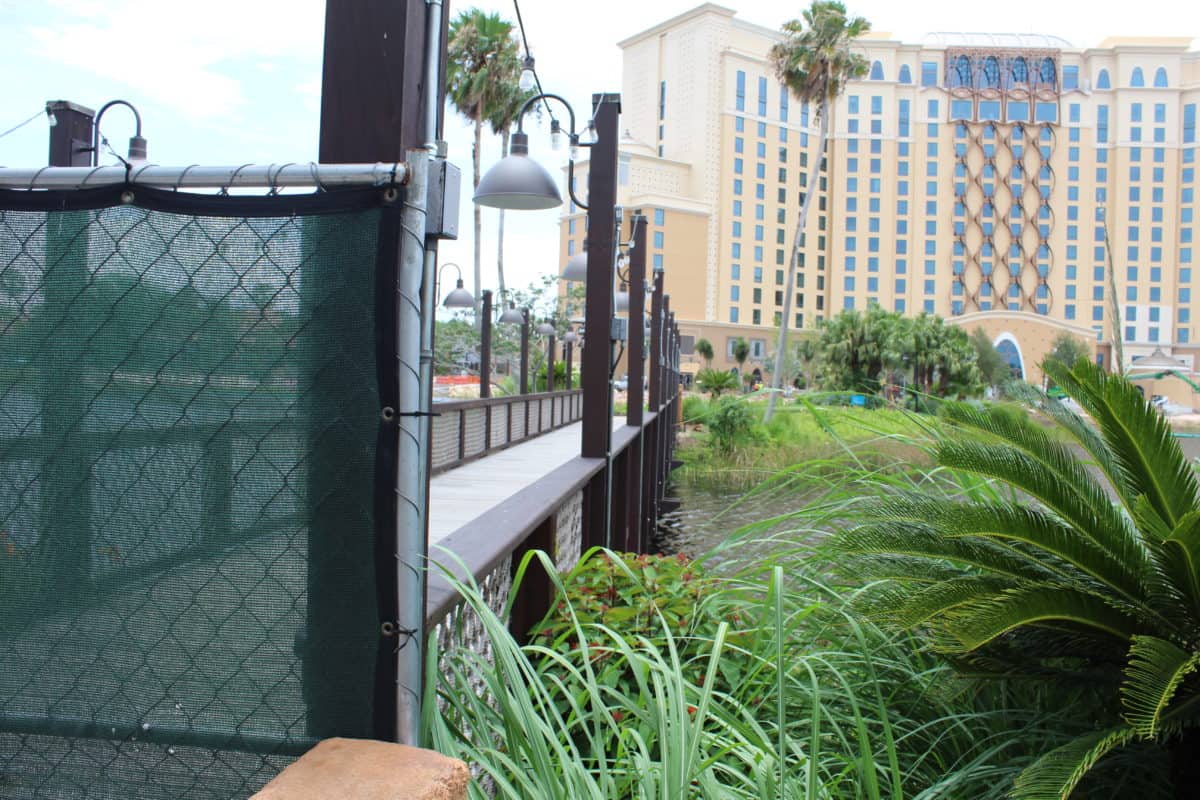 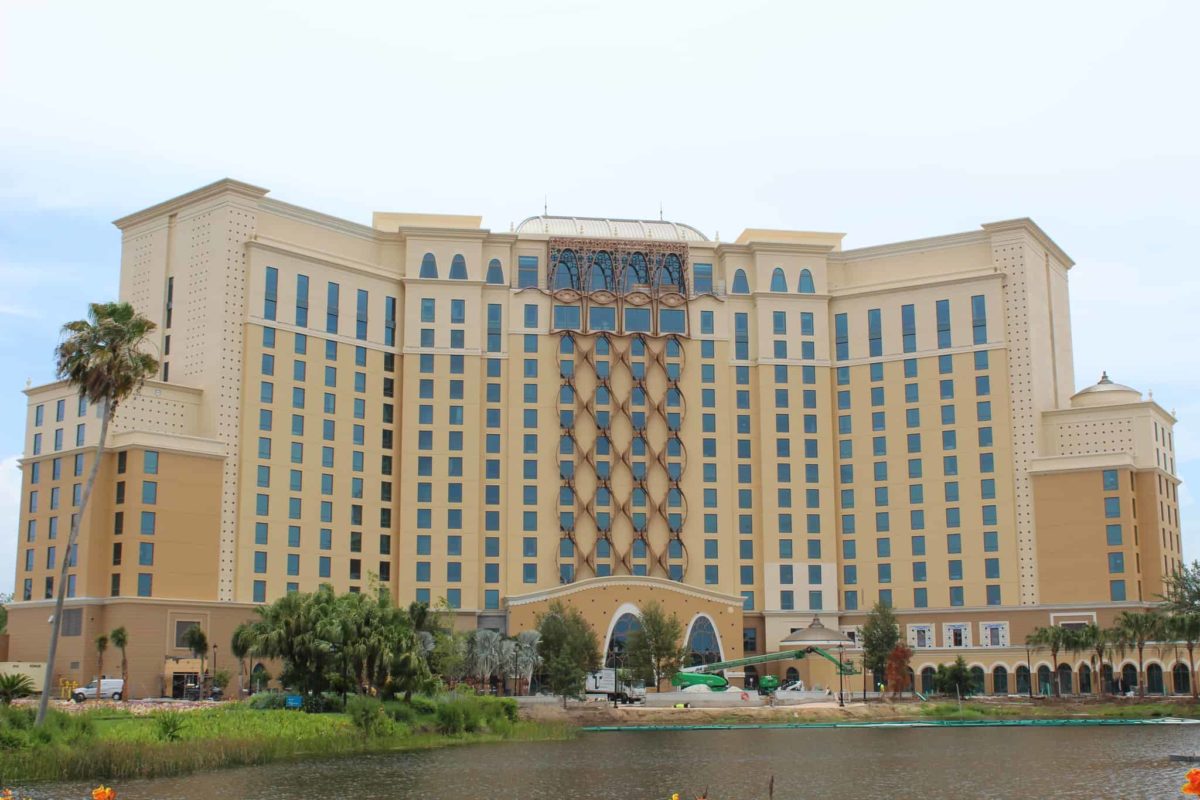 That’s it for this week’s walk around Coronado Springs! Gran Destino Tower looks so close to completion and we’re so excited to finally stay there! As always, stay tuned to WDWNT.com for all the latest leading up to the grand opening of this brand new hotel.

Next
PHOTOS: Every Piece of “Illuminations: Reflections of Earth” Farewell Merchandise (with Prices) at Epcot