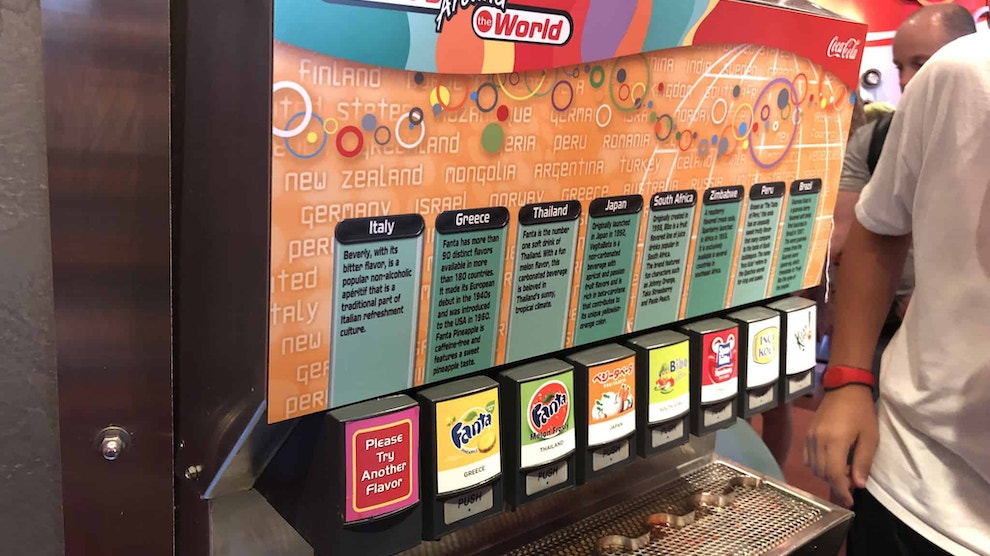 As you may know, Club Cool, Epcot’s longstanding international soda sampling station, is closing on September 8th, 2019 to make way for the ongoing transformation of Epcot, as detailed in Project Gamma.

Since the official announcement of its closure, we’ve kept a close eye on it to monitor any changes or cutbacks leading up to its final days of operation. One thing that’s stood out to us is the precarious availability of certain sodas, like Melon Frosty, which disappeared for a few days only to come back at a few select stations. 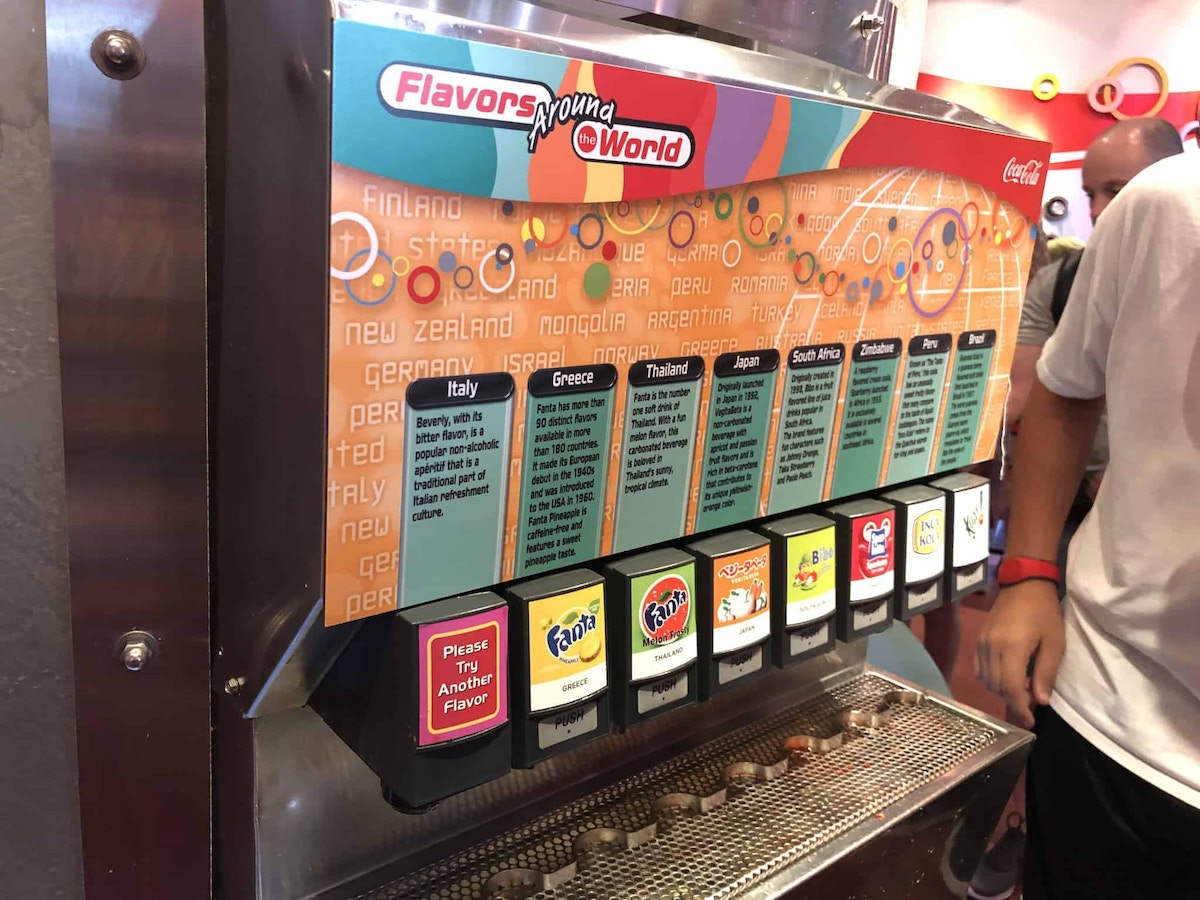 But no soda disappearance is more deeply felt than that of the cult favorite Beverly from Italy. The drink is well-known from the nearly 2 decades it has spent at Epcot as part of Club Cool (formerly Ice Station Cool), surprising unexpecting guests from around the globe with it’s “unique” flavor. Basically, a lot of people really dislike Beverly.

Nevertheless, many readers and followers have tagged us in stories and posts, alarmed at the fact that it wasn’t available during their visits. Upon checking today, it still isn’t available. We’ve had cases where it’s only available at one lone spout, but today marks a full-on Beverly shortage at Epcot’s Club Cool.

Cast Members aren’t sure if or when the beloved beverage will return to dispensers at the location, which remained one of the few places where you could try it, since the soft drink was discontinued back in 2009. Its timely disappearance ahead of the location’s closing is a long shot from mere coincidence. For those of you searching for Beverly elsewhere, it appears it’s also been removed from the online menu at the Coca-Cola Store Rooftop Beverage Bar in Disney Springs; both from the list of assorted Fountain Beverages and from the Cocktails menu, which featured Beverly’s Revenge.

UPDATE (7/21/19): While Beverly and the Beverly’s Revenge is still not on the online menu for the Coca-Cola Store Rooftop Beverage Bar, it is available on-site at the rooftop bar:

While Beverly is still missing from Club Cool at Epcot, you can still find it at the Coca-Cola Store Rooftop Beverage Bar at Disney Springs! pic.twitter.com/C2iXoH6dZ4

If you drop in to Club Cool and happen to see the return of Beverly, tag us on social media (@WDWNT) on Twitter and (@wdwnt) on Instagram. In the meantime, will you miss it? (My suggestions are to stick to VegitaBeta or Guaraná Kuat.)

Oh, great! I HATE that stuff!

Yet again more disrespect to true Disney fans by Bob Chapek. Wouldn’t be shocked if it’s replaced with some Frozen-themed Cola, any chance to shoe horn IPs into every corner of the parks!! Sad!

Running out of soda happens from time to time. We run out of some for a day or two on occasion where I work. But I’d imagine it’s a little harder to get Beverly since it’s not really a domestic product

I like Beverly and always drink it when I’m at Club Cool. And many folks who don’t like it enjoy making fun of it. It’s win-win.

Wow I’m bummed. That is always my first stop! Now it’s going to be straight to the margaritas 😆

I never try Beverly any more but sometimes like to stand there and watch others try it (if I feel like being helpful I sometimes warn them about the bad taste, unless it looks like someone who’s with them wants them to be surprised or is about to film them, etc.). I love the melon frosty though. I’m glad this kind of place will return in some form after all the changing of Future World is done.

Beverly is my favorite! I can’t believe they have killed it. It would be my first stop at any Epcot visit and the last if Club Cool was still open.