As you may know, Club Cool, Epcot’s longstanding international soda sampling station, is closing on September 8th, 2019 to make way for the ongoing transformation of Epcot, as detailed in Project Gamma. Since the official announcement of its closure, we’ve kept a close eye on it to monitor any changes or cutbacks leading up to its final days of operation.

Earlier this month, we noticed that the “fan-favorite” soft drink, Beverly from Italy, had run out at all of the dispensers at the location. 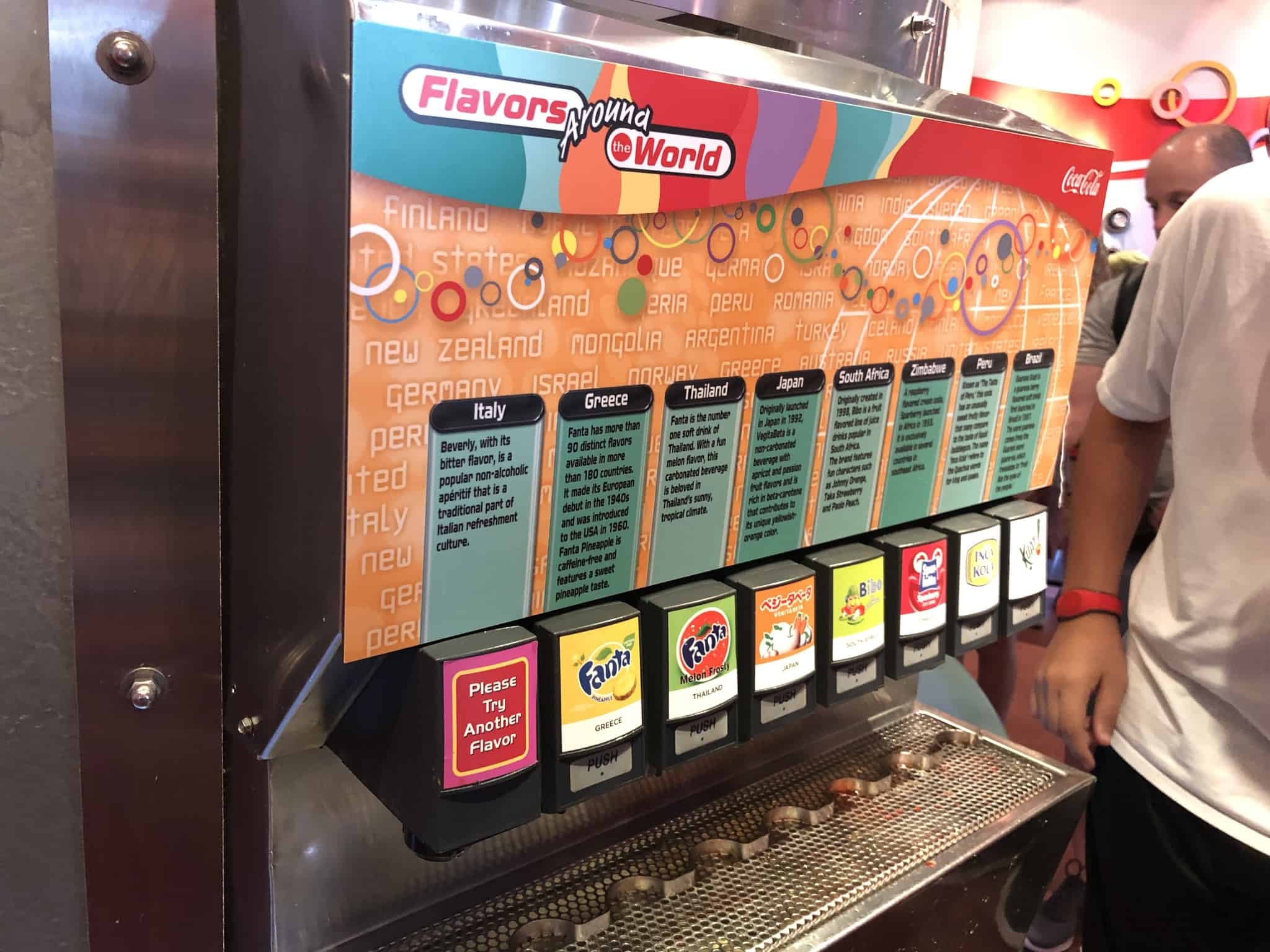 Cast Members had reassured us that the soft drink would return, but we were skeptical, especially given the location’s scheduled closure.

The drink is well-known from the nearly 2 decades it has spent at Epcot as part of Club Cool (formerly Ice Station Cool), surprising unexpecting guests from around the globe with it’s “unique” flavor. Basically, a lot of people really dislike Beverly. However, Club Cool remains one of the few places where you can try it, since the soft drink was discontinued back in 2009.

And for now, or until Club Cool finally closes, you can still try it, and grimace, for free.

I love the stuff! It’s a highlight of every Epcot trip. I once ordered a big gulp sized cup at the World of Coke in Las Vegas, they’ll sell you individual flavors from the tastes of the world if you ask (or at least they did for me).

And there was much rejoicing! And FWIW …a lot of people really like the Beverly, but thanks for appealing to the lowest common denominator

There has never been confirmation that Beverly is an actual drink in Italy.

This drink isn’t a soft drink meant to be chugged like the liquid candy that it soda. It’s a somewhat bitter aperitif, meant to be imbibed in small quantities to cleanse the palate between meal courses. I suppose it’s included among the various syrupy soft drinks to surprise unknowing guests.

You can apparently get an alcoholic mixed drink at the rooftop bar at the Coke store in Disney Springs, called Beverly’s Revenge

There’s several varieties of this drink you can find in Italy. San Pellegrino has “Chino”, Lurisia has its own chinotto drink, Chin8, etc. You can even even buy Sodastream chinotto syrup. I become addicted to them whenever I’m in Italy, because of the unique flavour. Its like Marmite in the UK: some people love it, and some people hate it. I

What’s not to love at Disney World. Beverly’s drink is also to love.