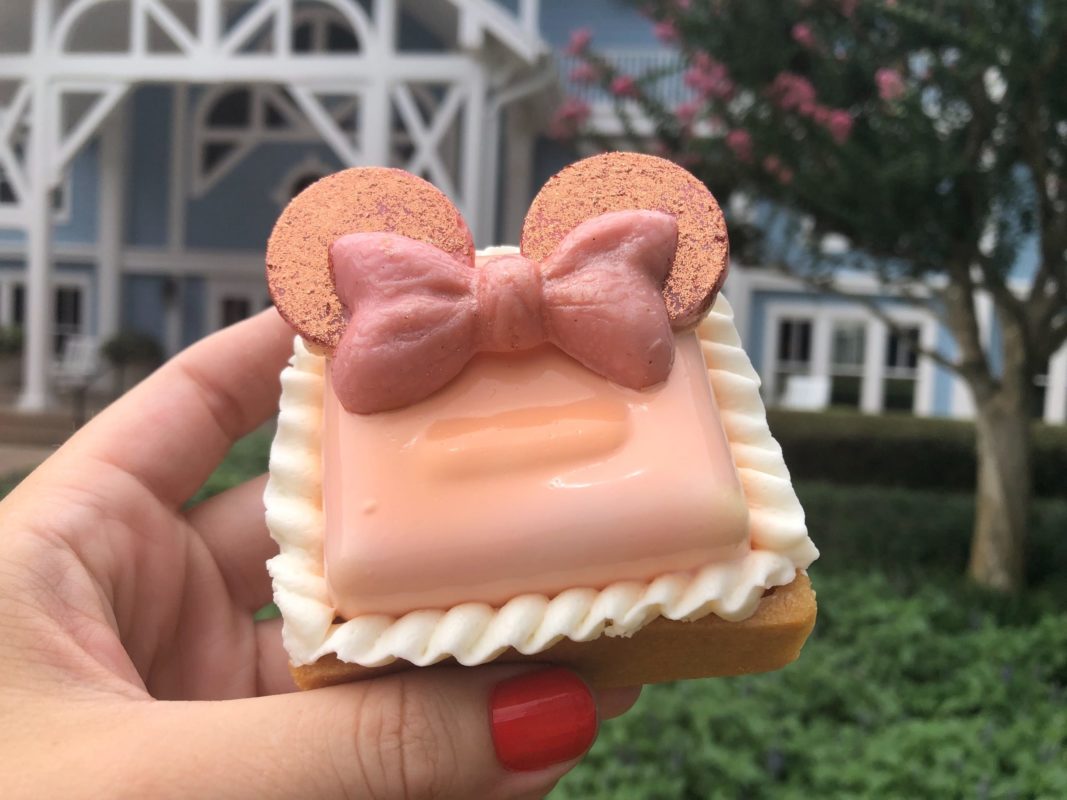 While hanging out at the Beach Club today, we decided we needed a little snack break. We weren’t quite hungry enough to take on a Beaches and Cream sundae, so we decided to check out the offerings inside the Beach Club Marketplace. A refrigerated grab-n-go case offering a variety of sweet treats caught our eyes right away. The Orange Creamsicle Tart sounds like the perfect snack for a hot day! 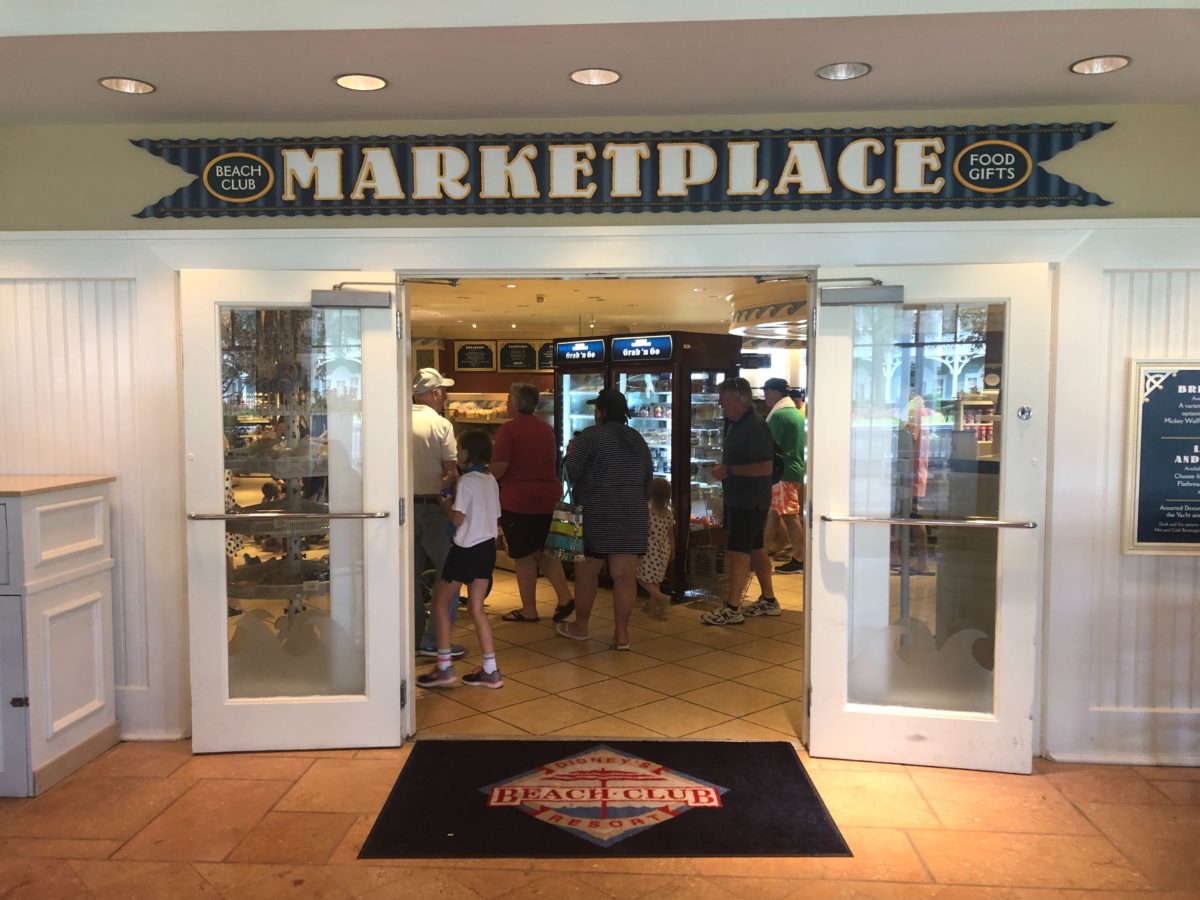 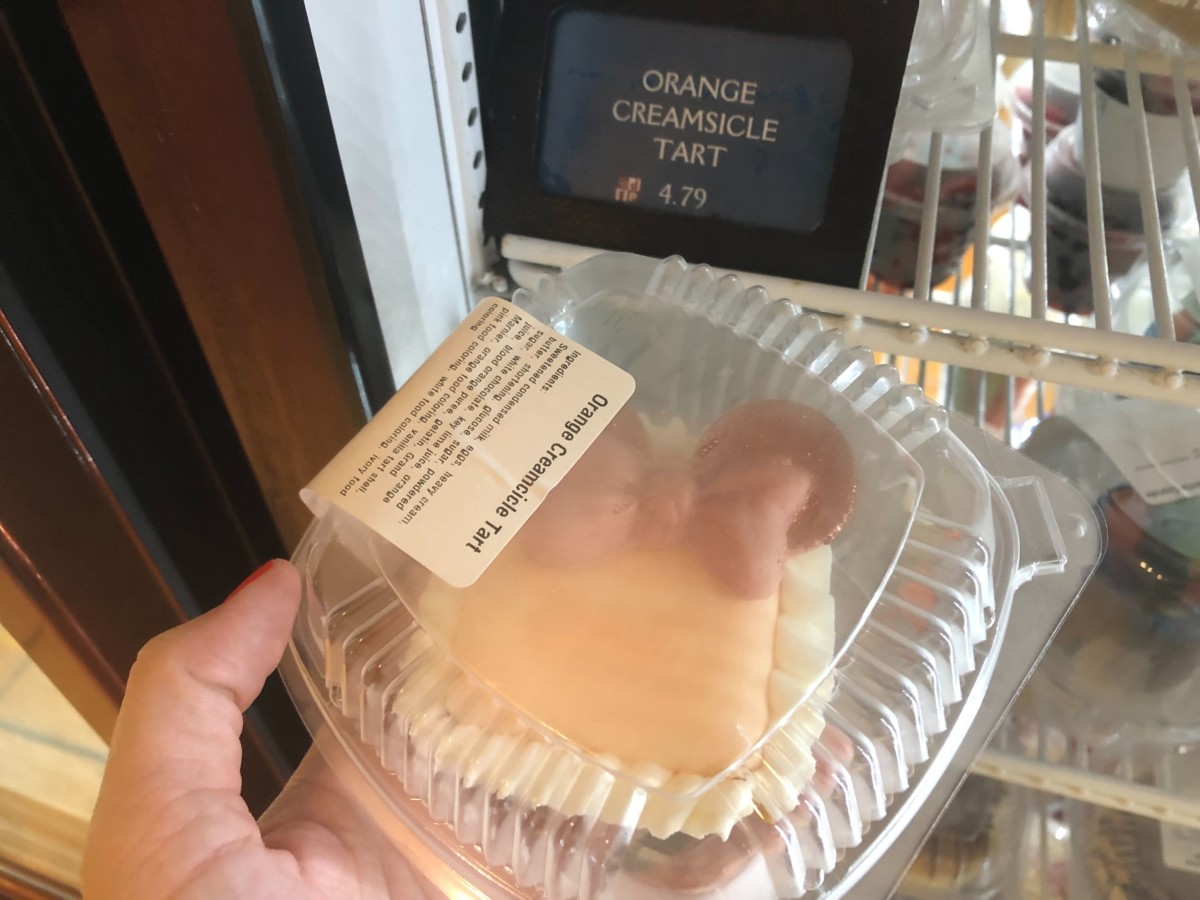 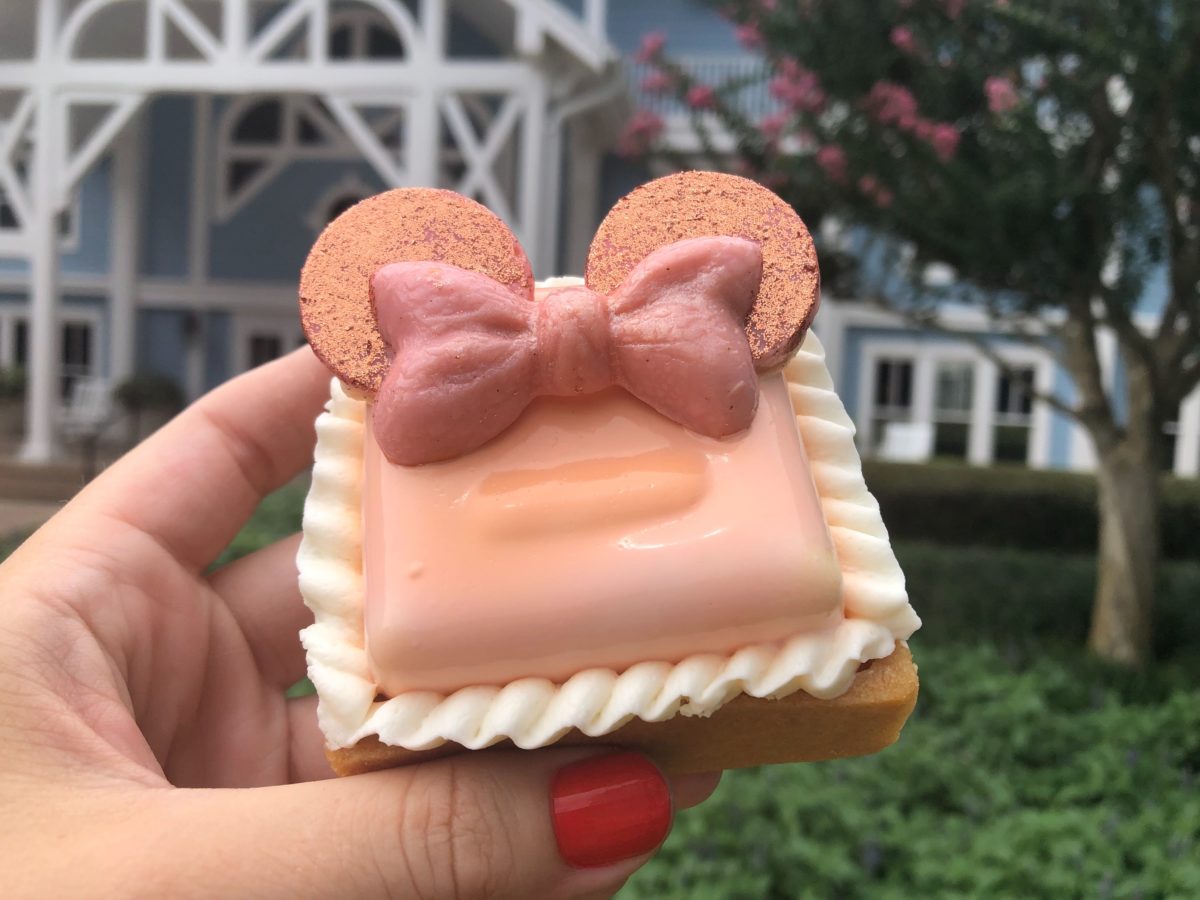 This tart is really cute! The square tart is trimmed with white frosting, and topped by a sparkly pair of white chocolate Minnie ears. The tart is $4.79, and is included in the dining plan. 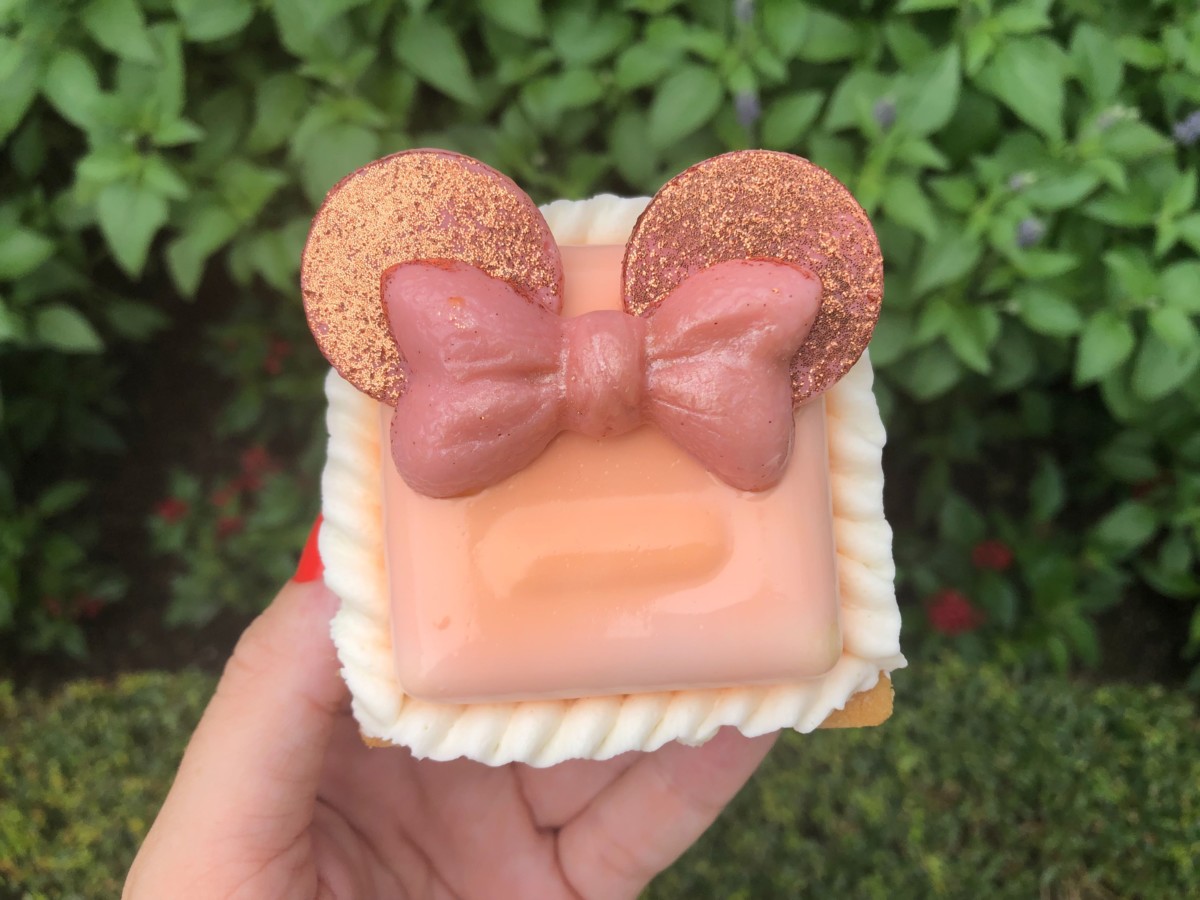 The tart has a very faint orange coloring that almost looks pink at first glance. The ears are pink, and the edible glitter really shines in the light. 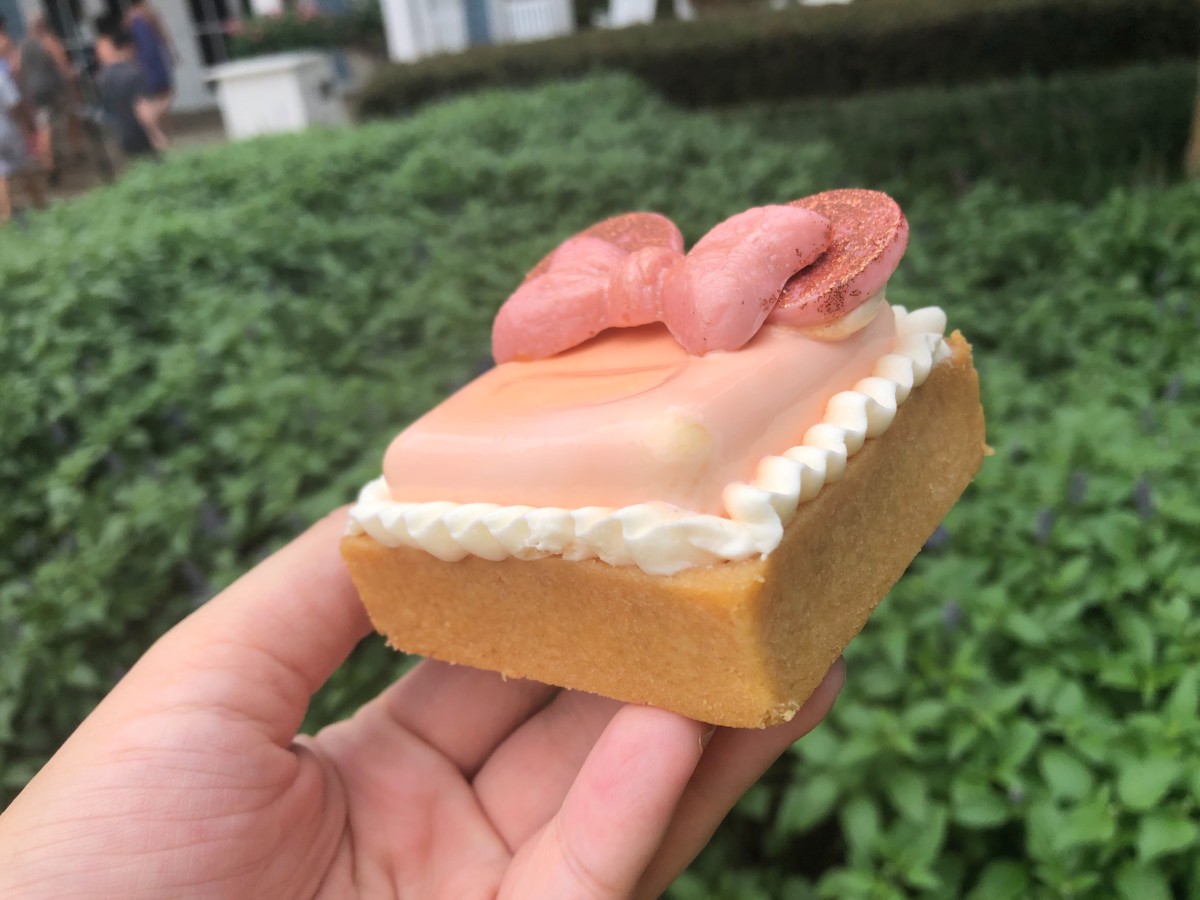 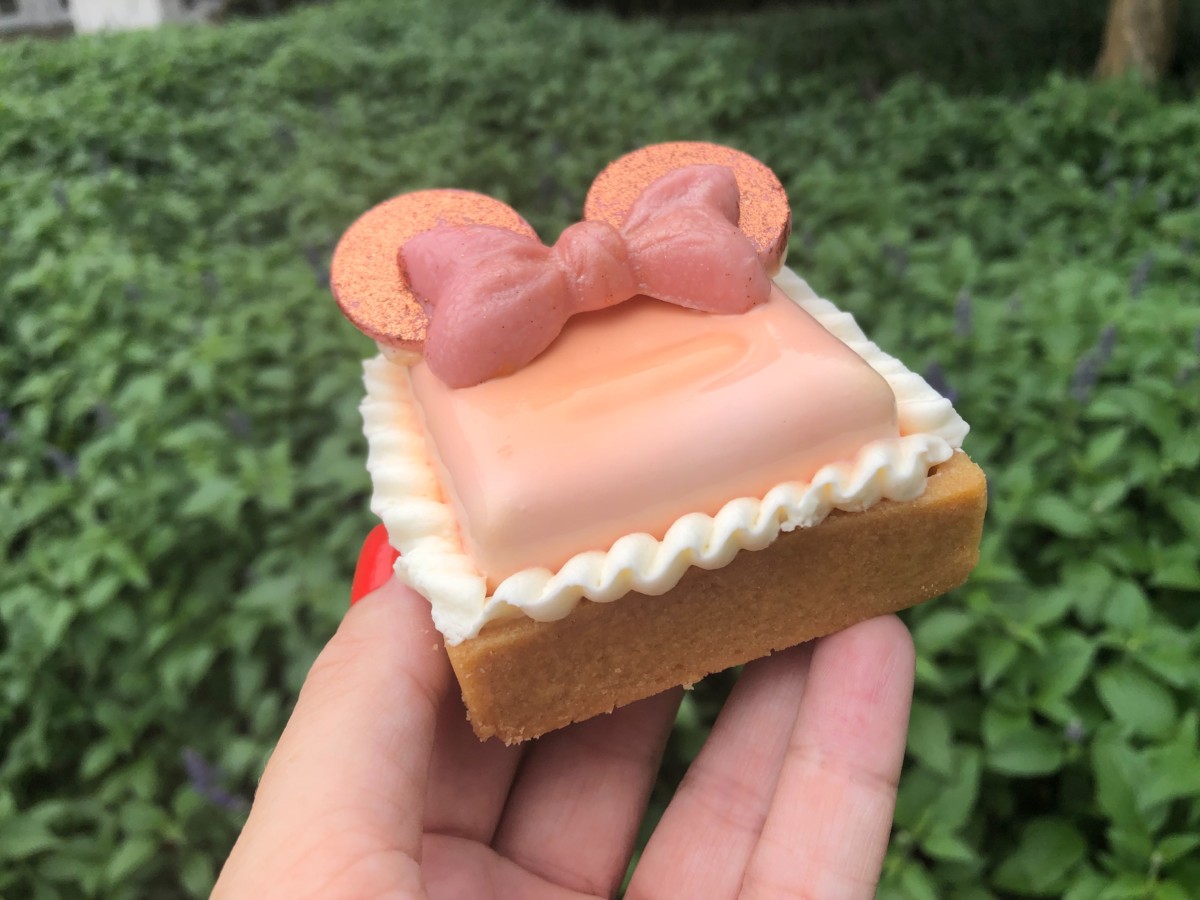 The top layer is more of a gelee type of texture. It really didn’t have any sort of taste and it’s so thin, you really don’t notice it. The layer of vanilla is very thick, with a thinner orange layer below. The golden tart crust keeps it all together perfectly, even when cut in half. 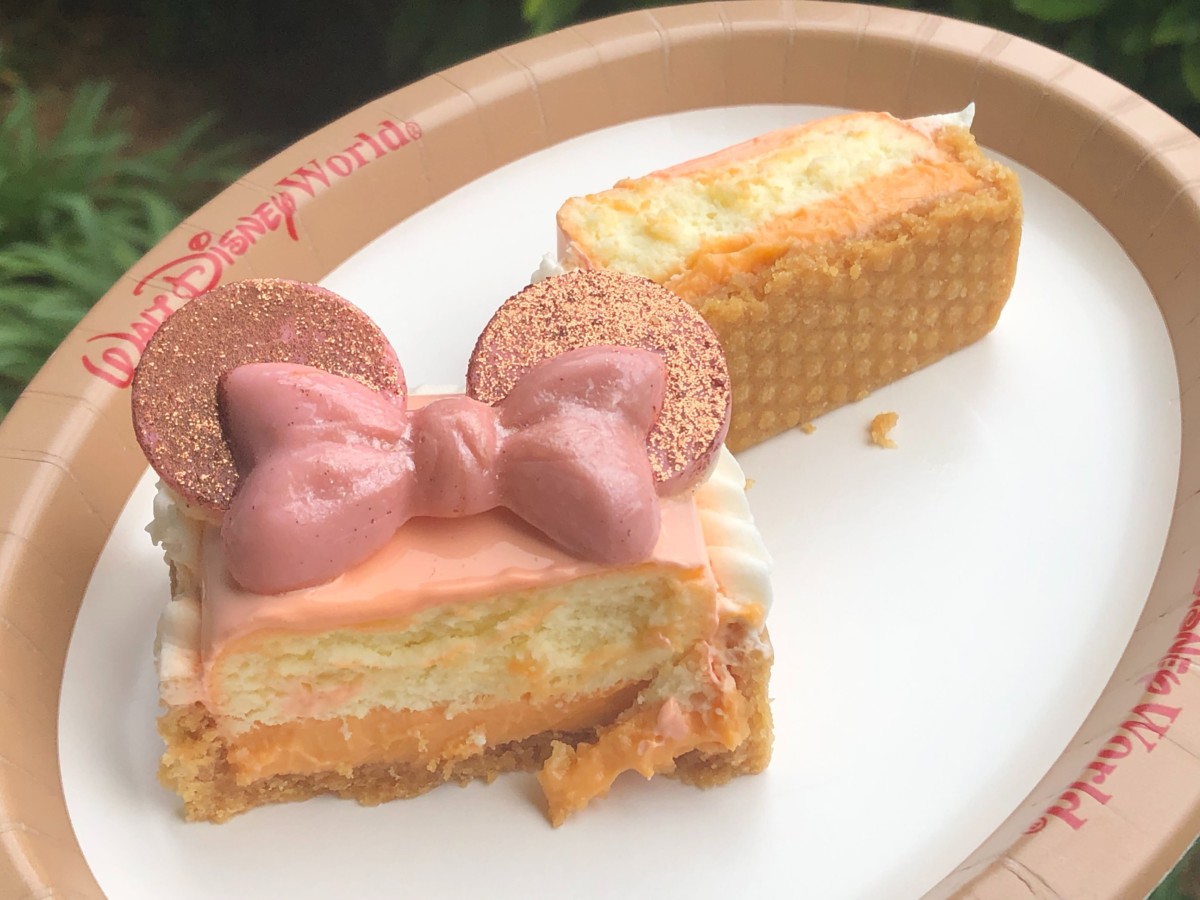 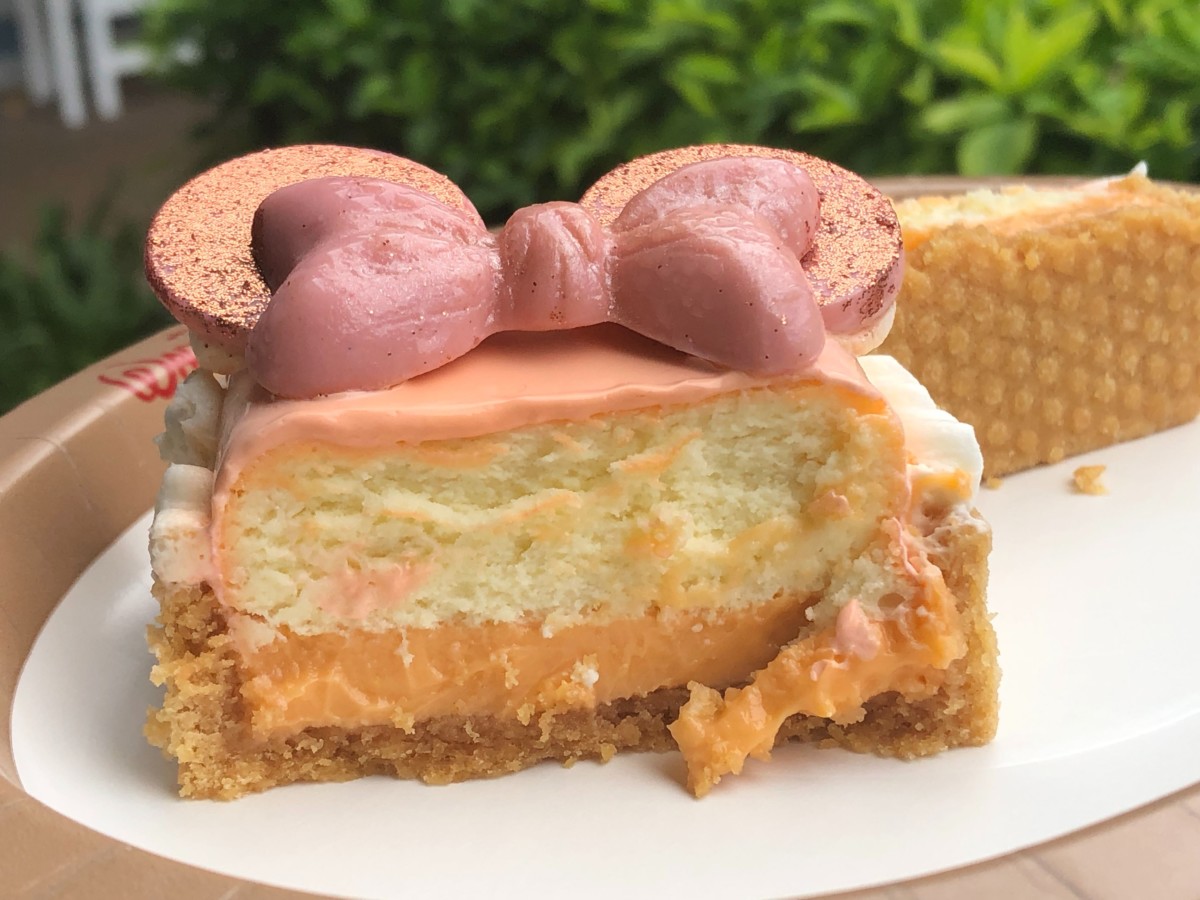 The vanilla has a very light flavor, but a heavy, thicker texture. The orange layer is smooth, and packs a punch! We were not prepared for the overwhelming orange flavor that thin layer would give. It’s a sugary, sweet taste, which comes off as tart if not combined with the vanilla and crust. It really tastes just like the ice cream! If you’re looking for an orange creamsicle that won’t melt, this is the dessert to go for! 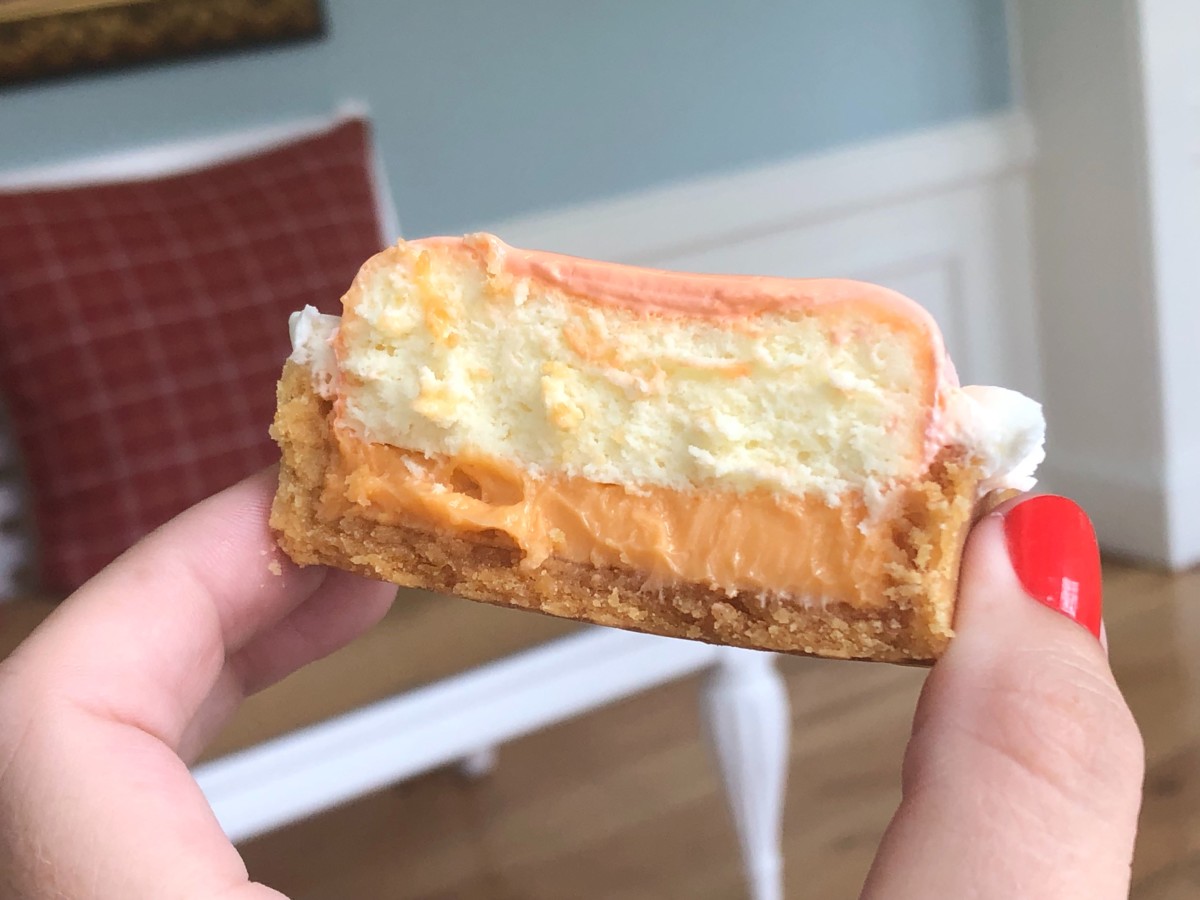 The orange creamsicle flavors are perfect on a hot summer day. If you’re burned out on cupcakes and ice cream, this is a nice alternative for a sweet snack at the Beach Club.