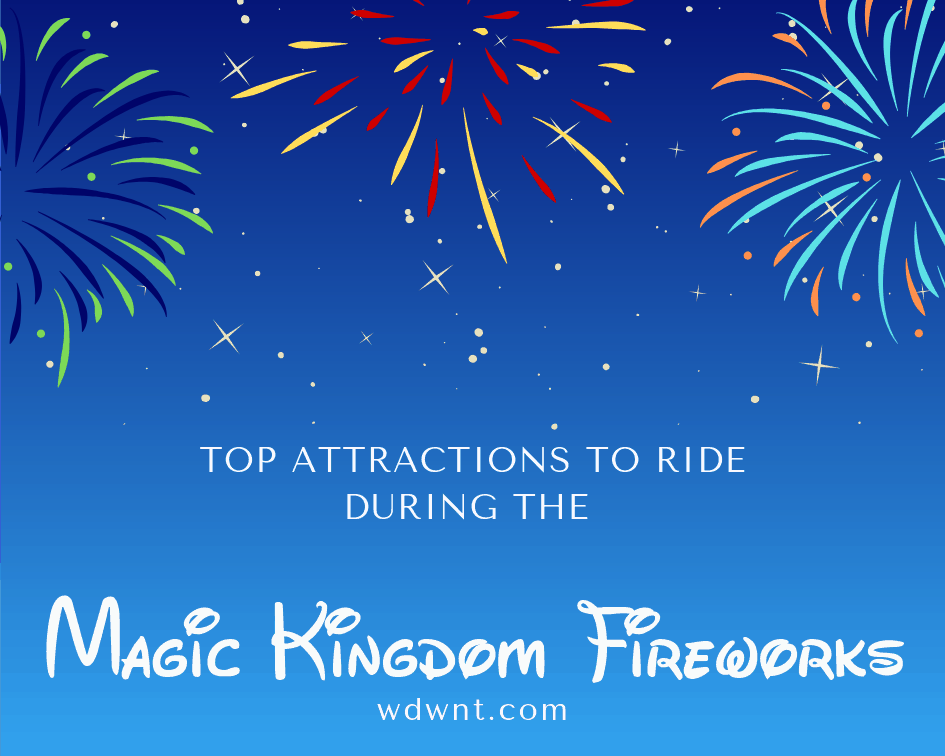 Watching the Happily Ever After fireworks show at Disney World’s Magic Kingdom has always been amongst my favorite “must-dos”.  And whether I’m located somewhere near Main Street, U.S.A, back behind Cinderella’s Castle in Fantasyland, or on a pirate-filled boat cruising around the Seven Seas Lagoon, the fireworks never fail to create that magic that only Disney can.

But while the fireworks are pretty incredible to watch in and of themselves, did you know there’s another way you can experience the show at a totally different level of awesome?… Right from some of the rides themselves! That’s right. It’ll take some careful timing, but with a little planning, you can not only be experiencing the thrills of the Magic Kingdom rides, you can also be getting those same thrills with the fireworks exploding overhead at the same time. And the experience is truly unforgettable!

So which rides give you the best experience of watching the fireworks at Magic Kingdom? Let’s take a look at our top 5:

Yes, a lot of your time on Splash Mountain is spent under cover inside the mountain, but you’ll have a couple chances on the ride to catch a great view of the fireworks show. Your first opportunity is in the first few minutes of the ride when you float along outside near the top of the mountain. You can also get a brief view of the show just before the big plunge down into the briar patch. It’s not only the best Laughing Place in the park but the best Laughing Place with an incredible sight! 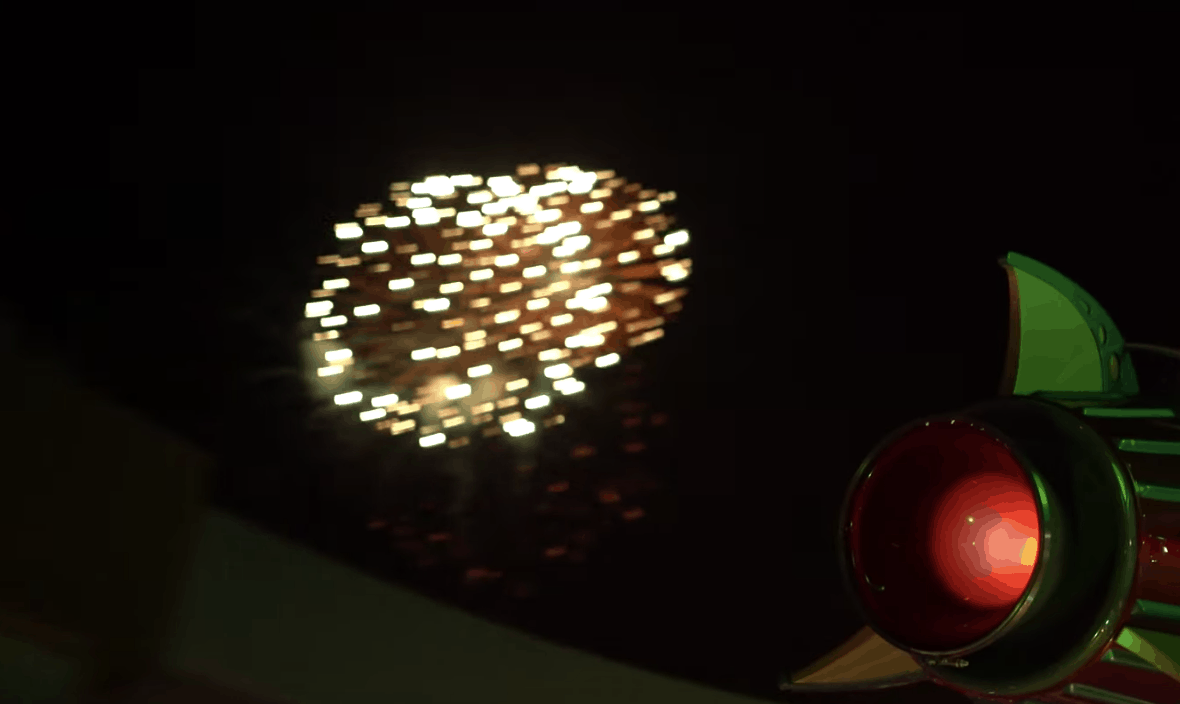 Don’t let that all that going around in circles trick you! The Astro Orbiter is actually a great ride for getting a near eye-level view of the Happily Ever After fireworks. And though not quite the same as being on the ride itself, you can also watch the show from the waiting pad just before getting on the ride. Either way, finding yourself on the Astro Orbiter around fireworks time is an out-of-this-world idea! 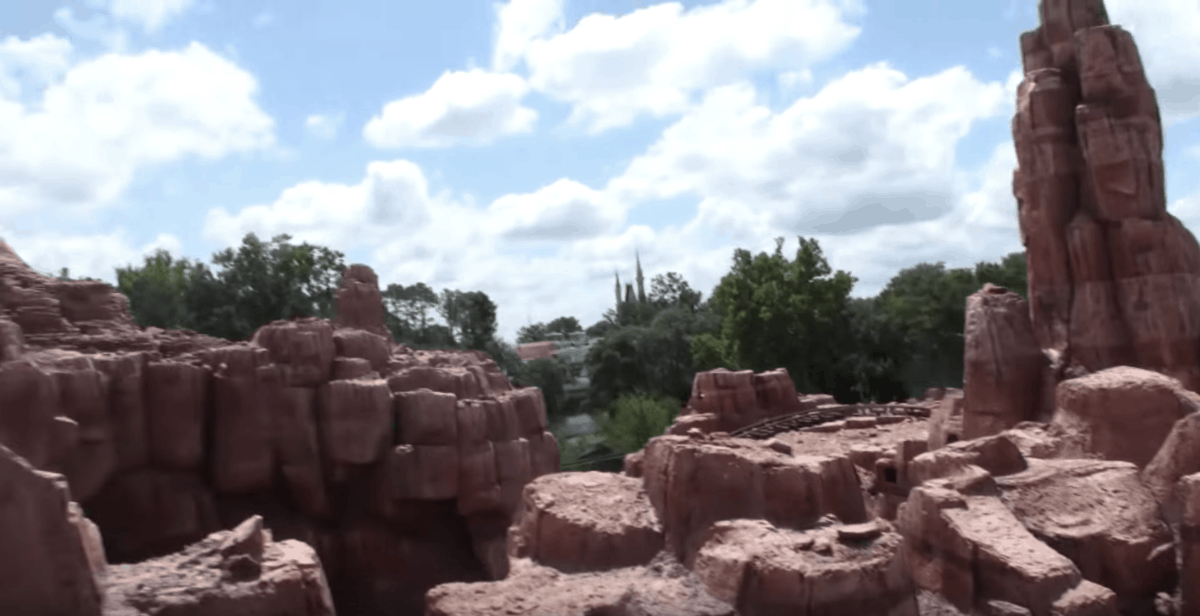 It doesn’t matter what time of day it is, Thunder Mountain is always a great idea! But although the “Wildest Ride in the Wilderness” is known for all its speedy twists and turns on those tracks, its position in Frontierland also affords you excellent views of the fireworks show over at the center of The Hub.

Not only is the TTA a seriously underrated attraction at Magic Kingdom, but it’s also one of the best places for catching a spectacular glimpse of the Happily Ever After fireworks show! The 10-minute, monorail-style ride takes you all over and throughout the Tomorrowland attractions, often affording travelers beautiful panoramic views of all of Magic Kingdom. It’s during these moments spent on the outside tracks that you’ll find yourself with a grin from mouse ear to mouse ear as you take in the nighttime show.

Heigh-ho, heigh-ho, this is our top ride to be on during the fireworks show! If you set out to be on any of the rides during Magic Kingdom’s Happily Ever After show, make it the Seven Dwarfs Mine Train! There’s glitter and sparkle all around as you go from being inside the gem-filled mines to outside under the explosions of the magnificent fireworks. Although you’re going around many turns and corners, because the Mine Train is positioned between Cinderella Castle and Beast’s Castle, almost your entire view overhead is filled with the amazing sight. Absolutely no poisoned apples here!

Have you been lucky enough to catch the Happily Ever After fireworks show from one of the Magic Kingdom rides? We’d love to hear about it! Let us know which ride(s) you’d add to our list.

P.S. The best way to make sure you’re actual ON one of these rides during the fireworks and not caught in line.