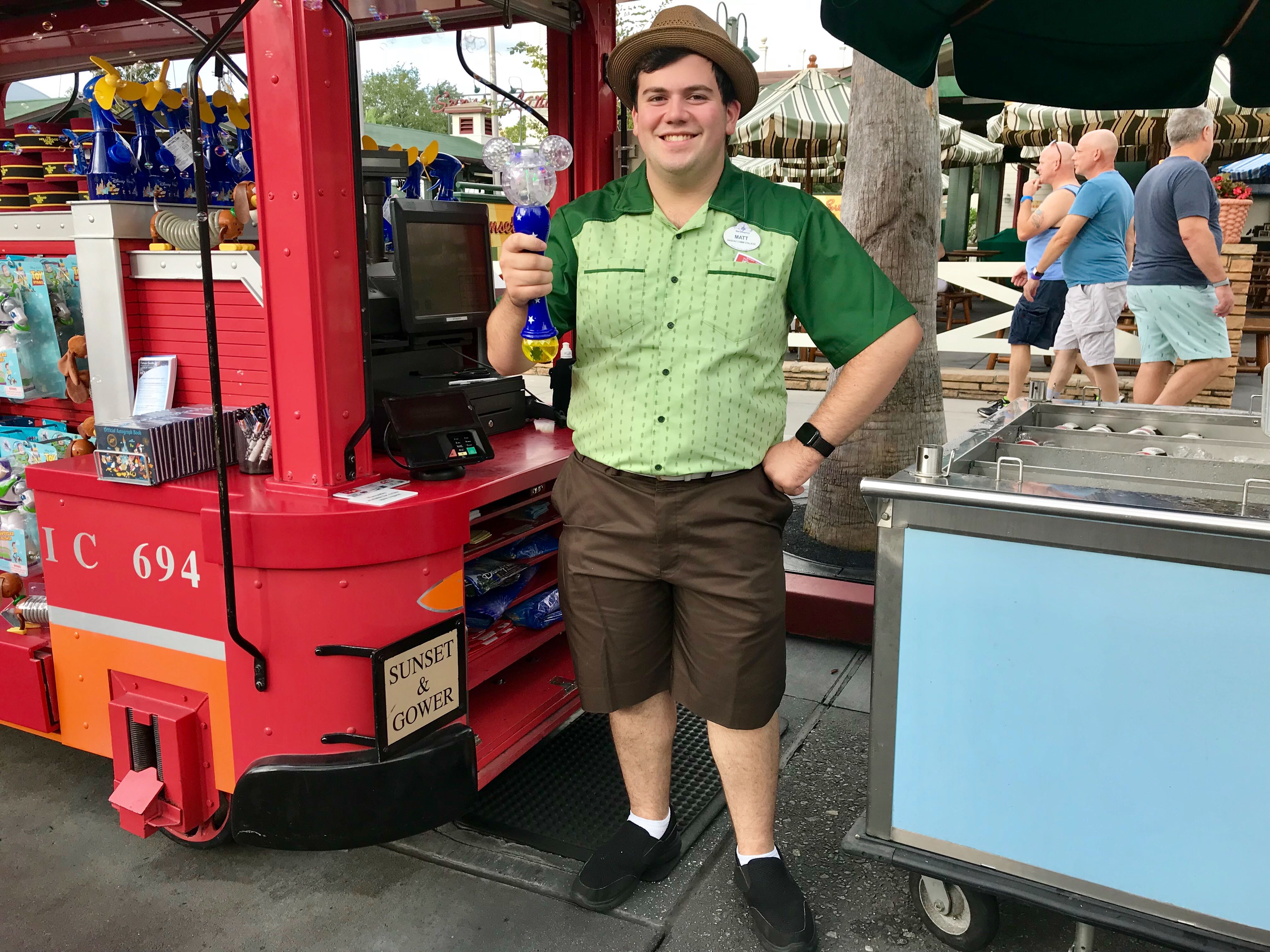 It seems more and more changes keep occurring at Disney’s Hollywood Studios, and that includes Cast Member costumes. Today we spotted Cast Members sporting new costumes at the Trolley Car Cafe and Trolley Gifts. These changes are the latest phase in a ongoing rollout of new cast costumes throughout the park as part of its 30th anniversary. 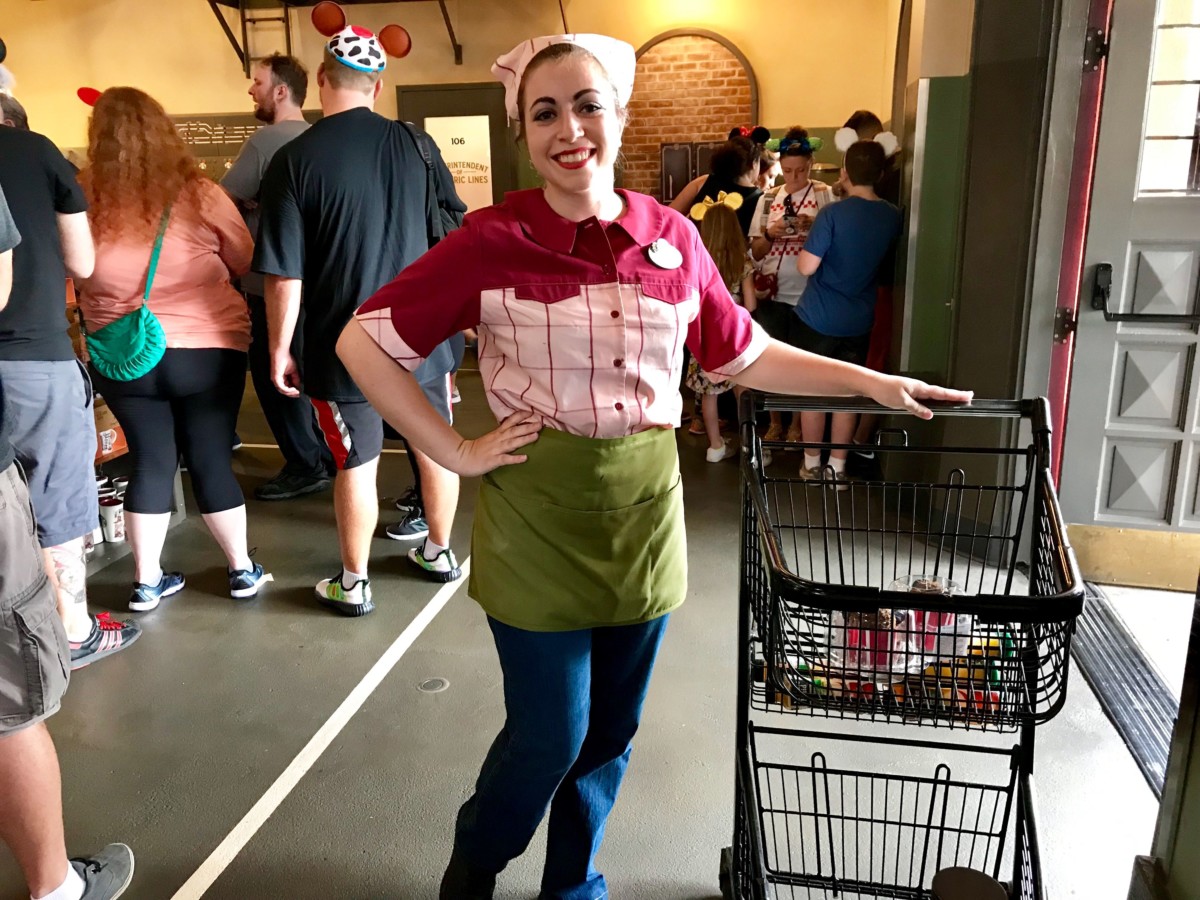 At Trolley Car Cafe, Hollywood Studios’s Starbucks location, the brown floral dresses have been replaced for a much more casual outfit. This pink top and jeans, paired with a green apron, allow for the Cast Members to better move about Starbucks while assisting guests in a timely manner. 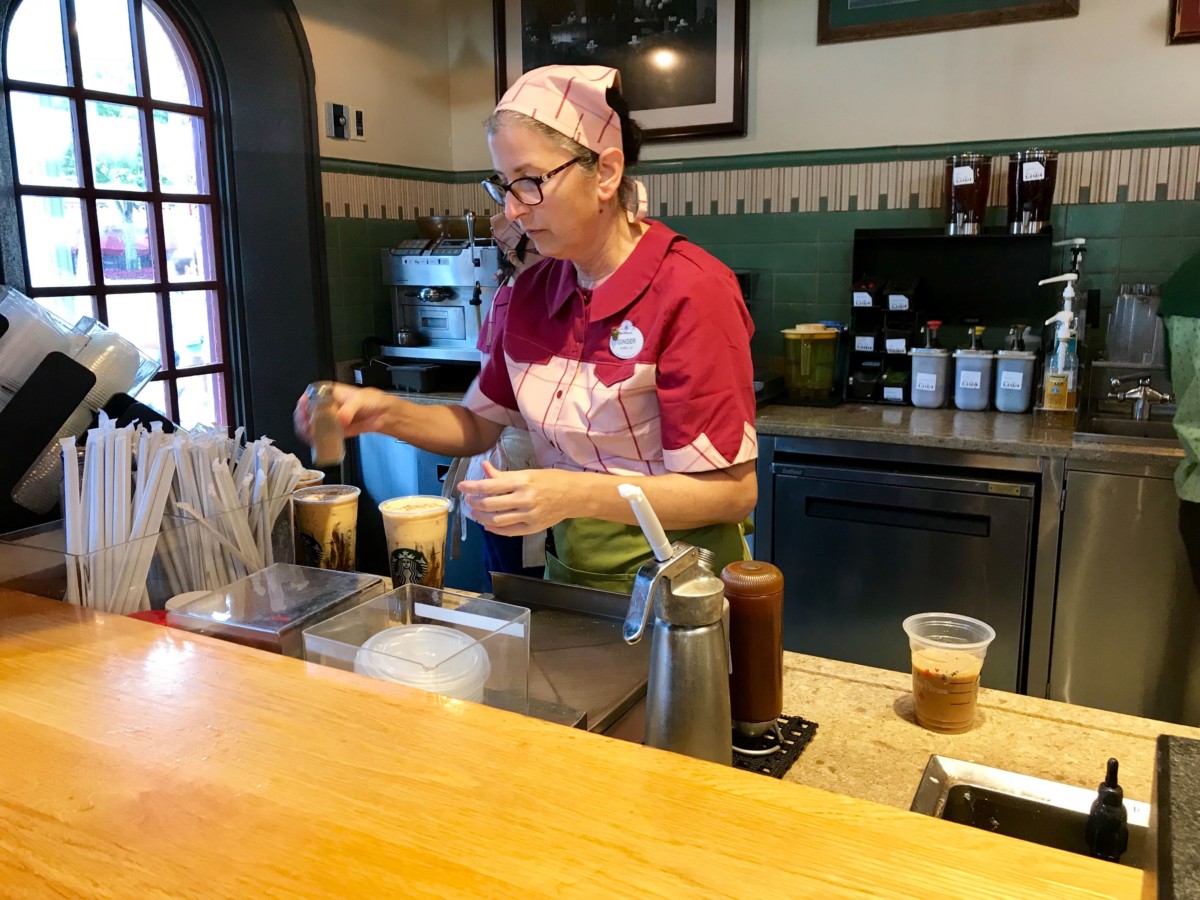 The blue stripped bonnet has also been replaced with the same pink checkered pattern that appears on the lower part of the shirt.

Over at Trolley Gifts on Sunset Boulevard, new costumes have been replaced as well. 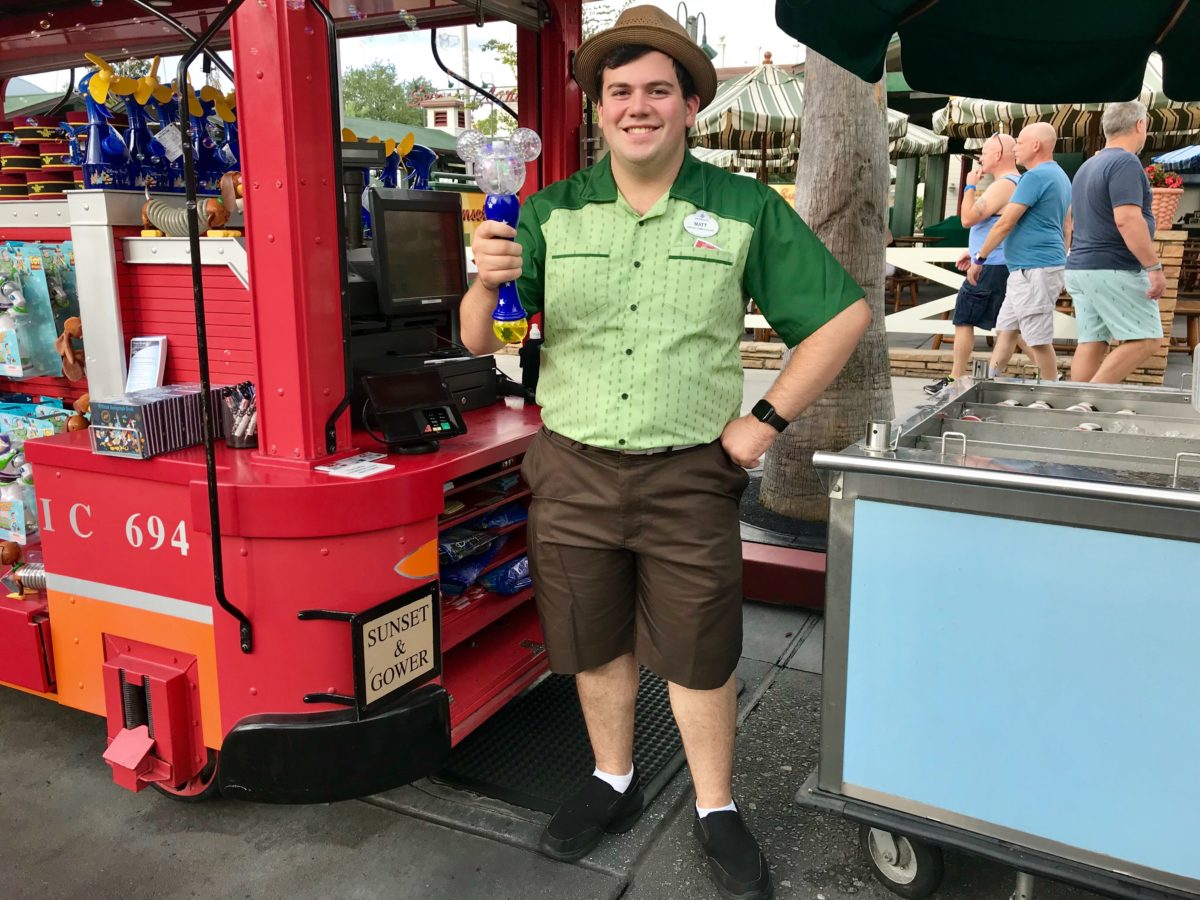 Cast Members are now sporting brown shorts and a green shirt that look much more breathable for Florida weather than the previous costumes. This shirt is similar to the new one at Trolley Car Cafe with the pattern taking up the main part of the shirt and a solid color topping off the collar and sleeves.

As new costumes keep arriving to Hollywood Studios, we’re slowly losing some of the glam that makes up these costumes. Back in August, we saw the introduction of generic costumes for Cast Members around the front of the park, and today we saw a fresh change to Rock ‘N’ Roller Coaster’s Cast Member costumes as well.

What do you think of all these changes occurring at Hollywood Studios? Let us know in the comments!