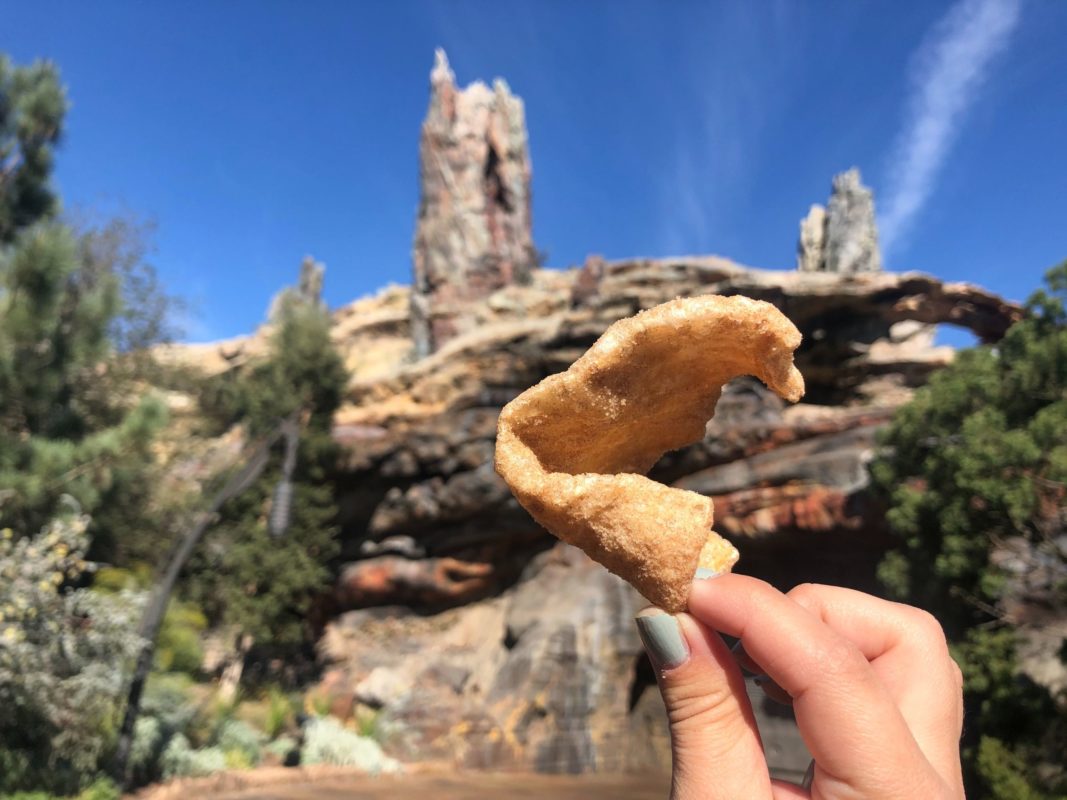 In order to better appeal to the various dietary needs and changing tastes of travelers to Batuu, there are five new food items located throughout Star Wars: Galaxy’s Edge in Disneyland Park. These are exciting additions, as Galaxy’s Edge is still a relatively new land, but it seems they’ve been tailoring menus and adding to them in response to guest feedback. There are some new vegan items, like the Ronto-less Garden Wrap at Ronto Roasters, and some… very not-so-vegan options, like the new Kyryll Pork Rinds. 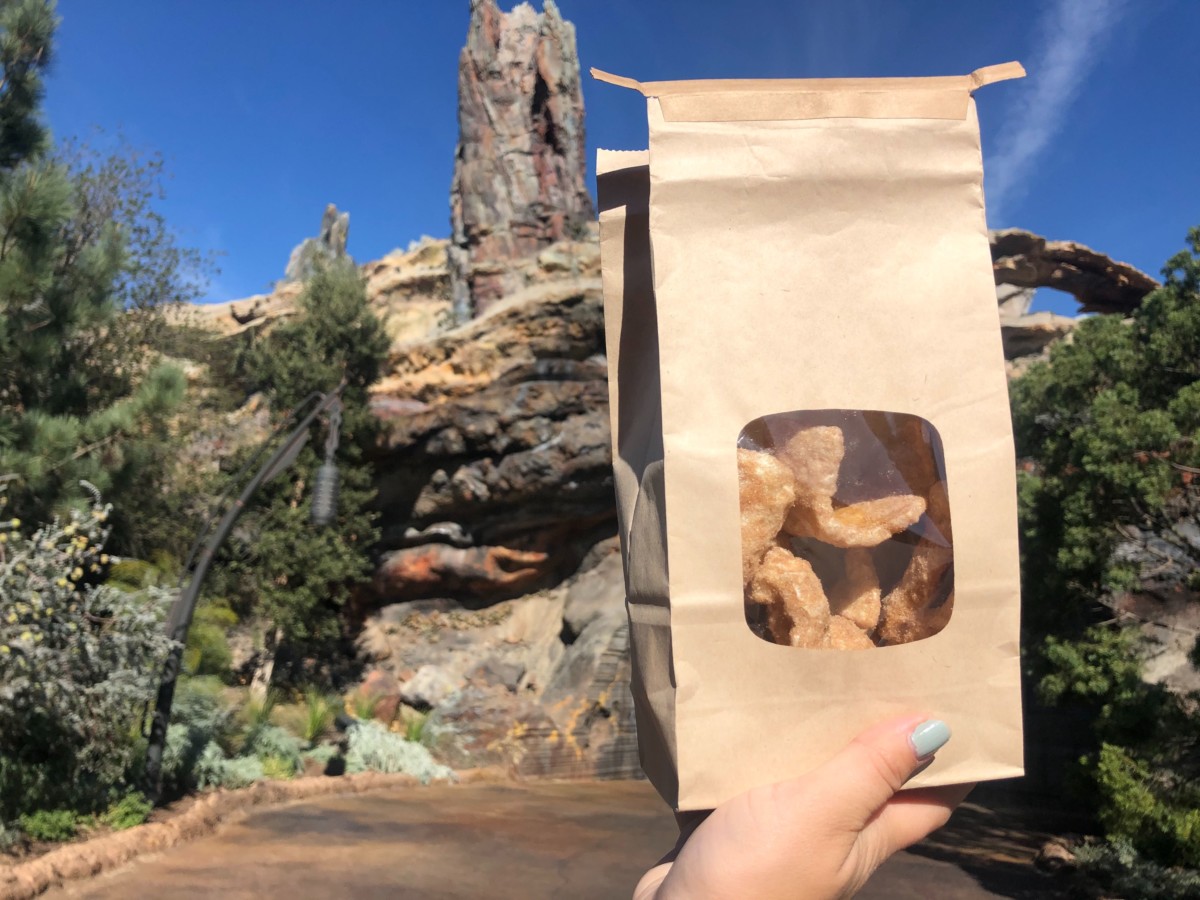 These pork rinds are a funny nod to the Puffer Pig, which originates from Kyryll World, a planet in the Kyryll star system in the Outer Rim’s Phelleem sector. You can now opt between buying a Puffer Pig at Creature Stall, or eating fried bits of one from Ronto Roasters, which is kind of clever. If you’re unfamiliar with the creatures, they’re actually from the Star Wars Rebels (and more recently, Star Wars Resistance) animated series. 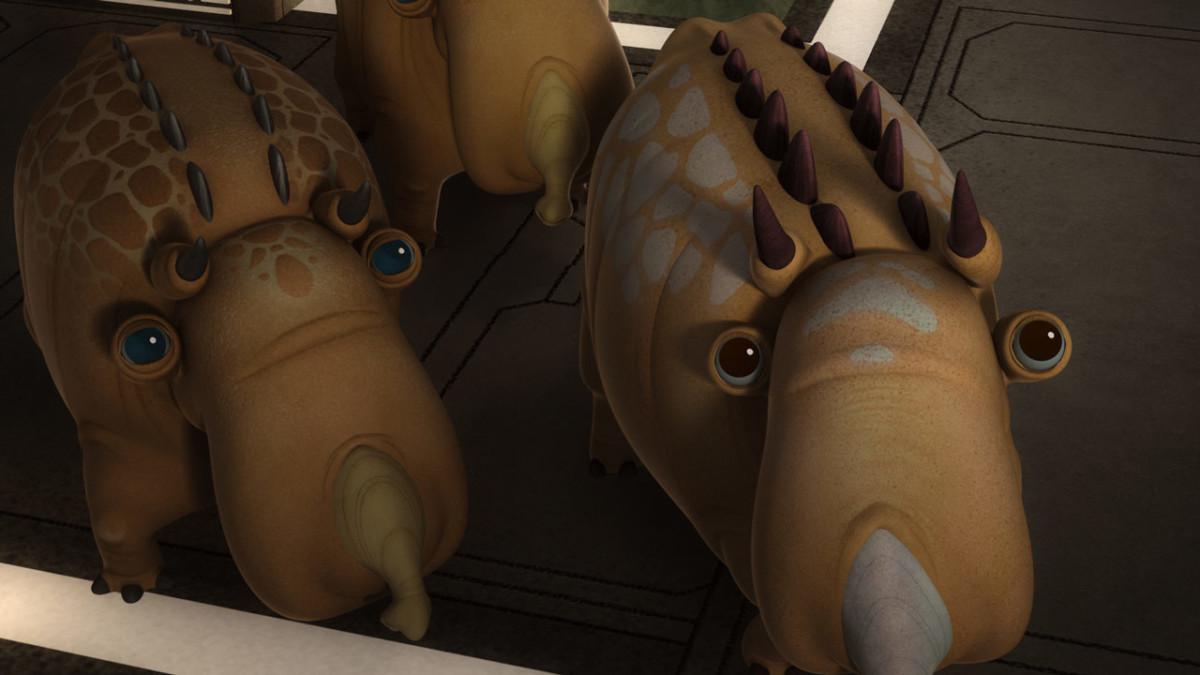 They’re too cute to eat, in my opinion. And based on how these tasted, you’ll want to pass on these, too… 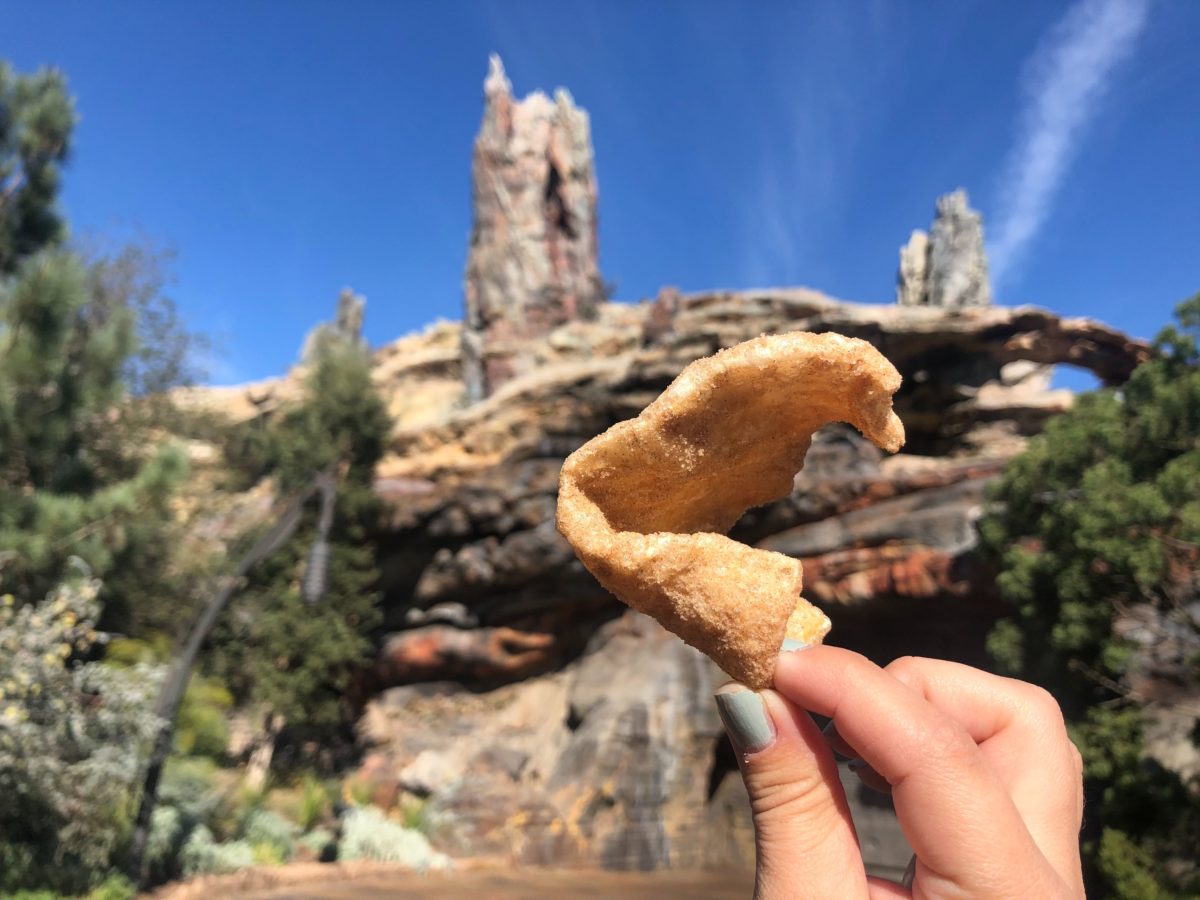 The pork rinds tasted super stale, without that explosive crunch you’d expect from a pork rind. While the cinnamon sugar was heavily advertised as giving it an other-worldly taste, these barely had any on top. (We could barely taste the cinnamon.) We were hoping for a honey ham or maple bacon-type pork rind experience here, and came out sorely disappointed. 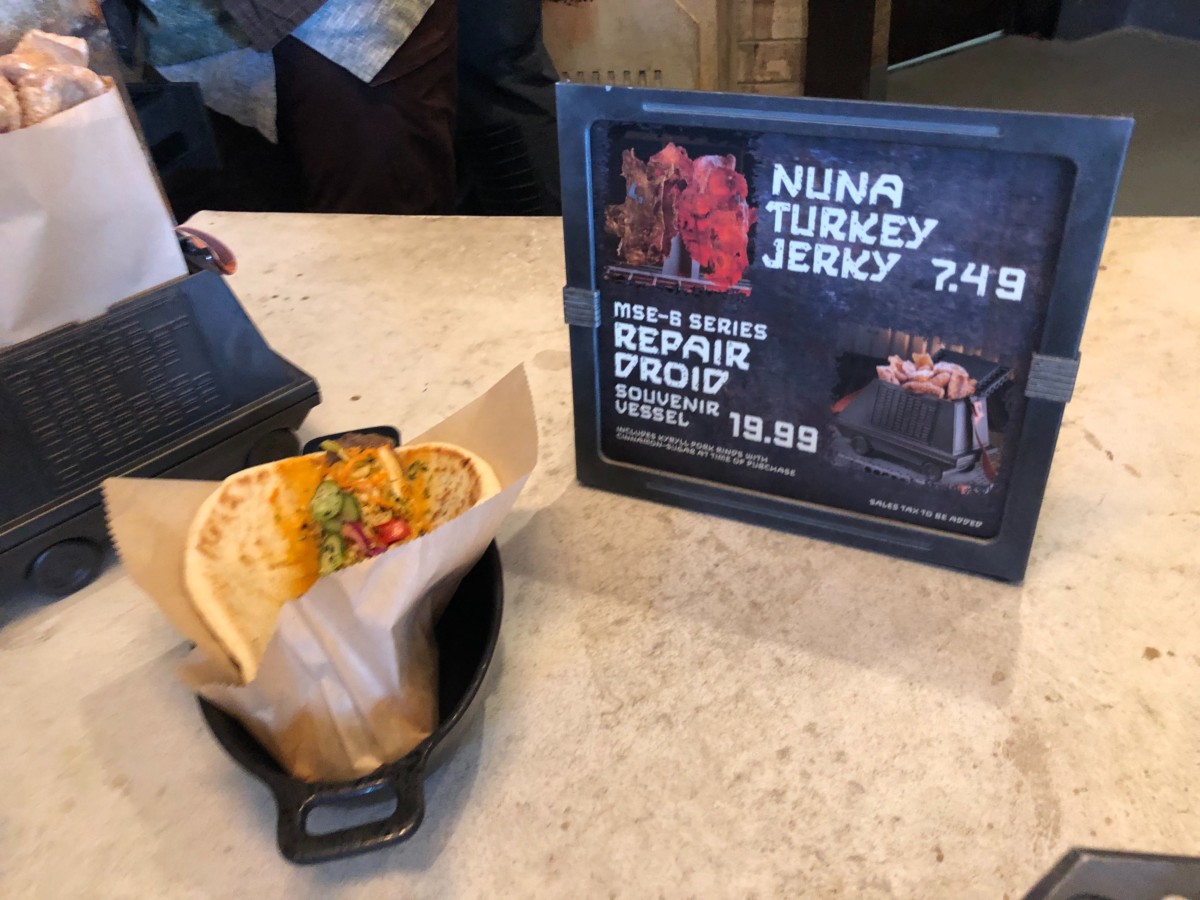 To add insult to injury, the bag of pork rinds cost $7.49, or about the same as the also-underwhelming Nuna Turkey Jerky also sold here.

For just a few credits more, you can have a tasty wrap at Ronto Roasters, or even a meal at Docking Bay 7. Between how stale these were, how much they cost, and how many other, better options there are in Batuu, we find it hard to recommend them. If you decide to shun our advice, you can get a bag of these served in a MSE-6 Series Repair Droid Bucket for $19.99. May the Force be with you and may your pork rinds be fresh and crisp!