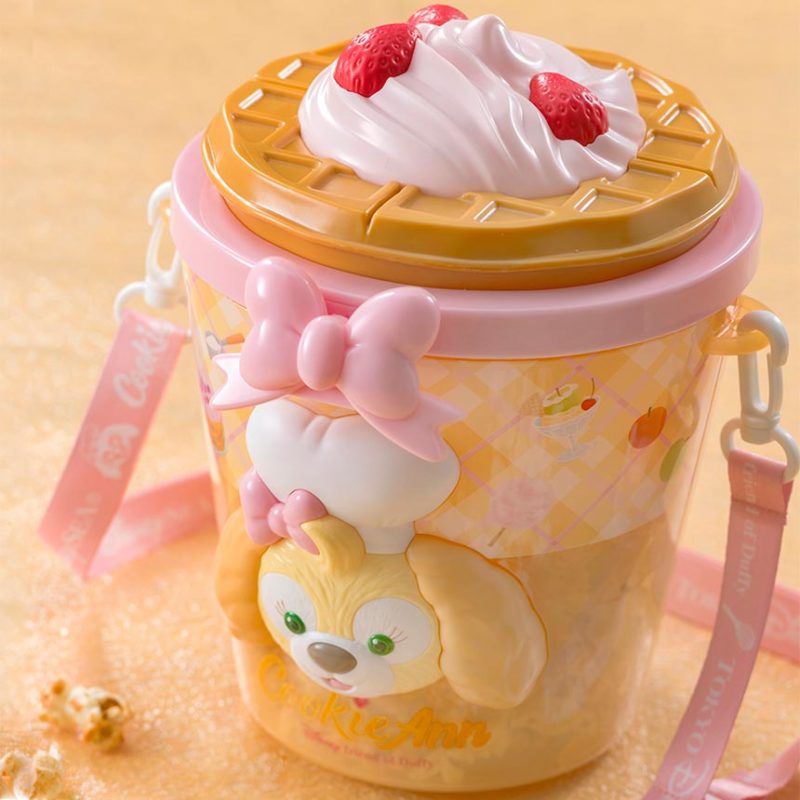 CookieAnn, the Hong Kong-based canine chef friend of Duffy (wow, that’s descriptive), is well on her way to Tokyo DisneySea! She’s scheduled to make her grand debut on December 26th, and the Oriental Land Company is preparing for her arrival! How, you may ask? Well, CookieAnn-themed items continue to show up on social media and on the official TDR website. In fact, just the other day, this adorable CookieAnn popcorn bucket suddenly appeared online! Let’s take a look for ourselves!

This adorable CookieAnn-themed popcorn bucket will be available at the Liberty Landing Diner popcorn bucket from December 26th! Presumably, it will replace the current StellaLou popcorn bucket that has been over there for about two years now. The bucket features CookieAnn’s head on the front, as well as designs of food all around the bucket! The lid features her bow, along with a raised design of waffles with strawberry and whip! Waffles are CookieAnn’s favorite food, and her special sandwich at Dockside Diner will feature waffles as the bread! Gosh, this bucket looks so darn cute!

I’ll be interested in seeing how Guests respond to CookieAnn, as some Duffy fans feel the introduction of new characters so quickly (and from outside Tokyo DisneySea) is problematic. We’ll know come December 26th! And this popcorn bucket will join CookieAnn from then on while supplies last! I expect these to be fairly popular, so it’s best you hurry to get one soon!