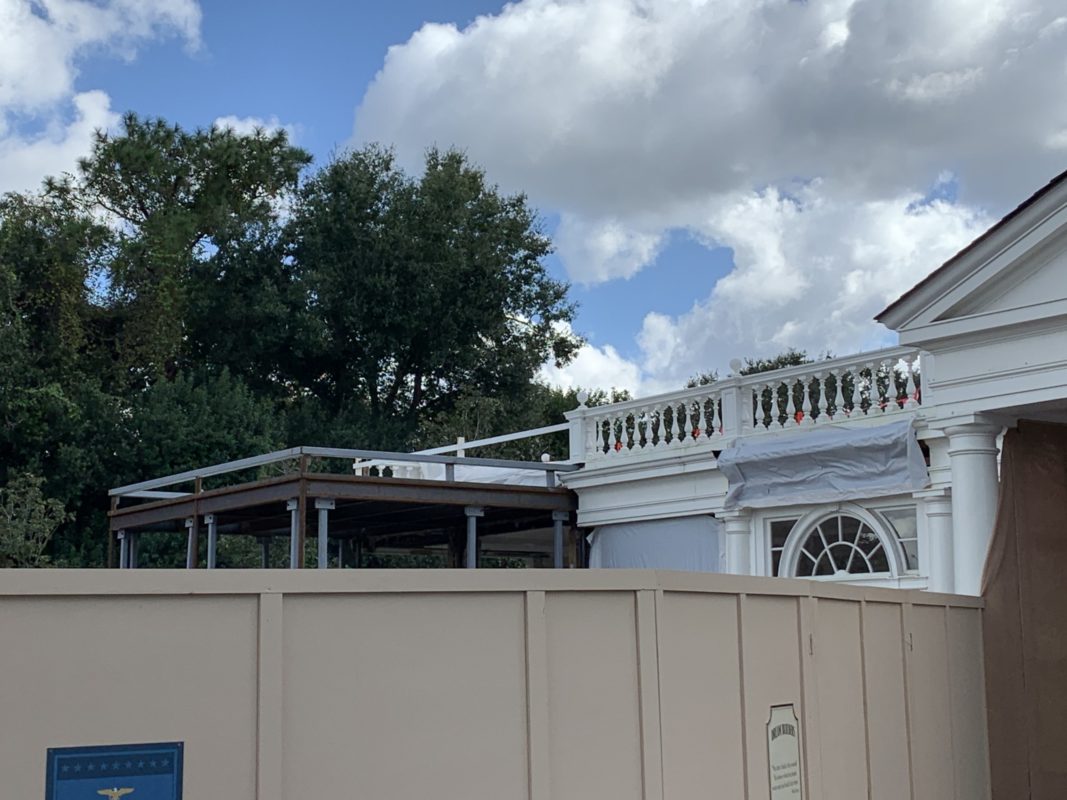 It’s been a minute since Disney revealed they were closing down the Liberty Inn located at The American Adventure to make way for the new Regal Eagle Smokehouse: Craft Drafts & Barbecue. Since the construction walls went up in July, not much in terms of the exterior had changed, that is, until recently. Let’s take a look. 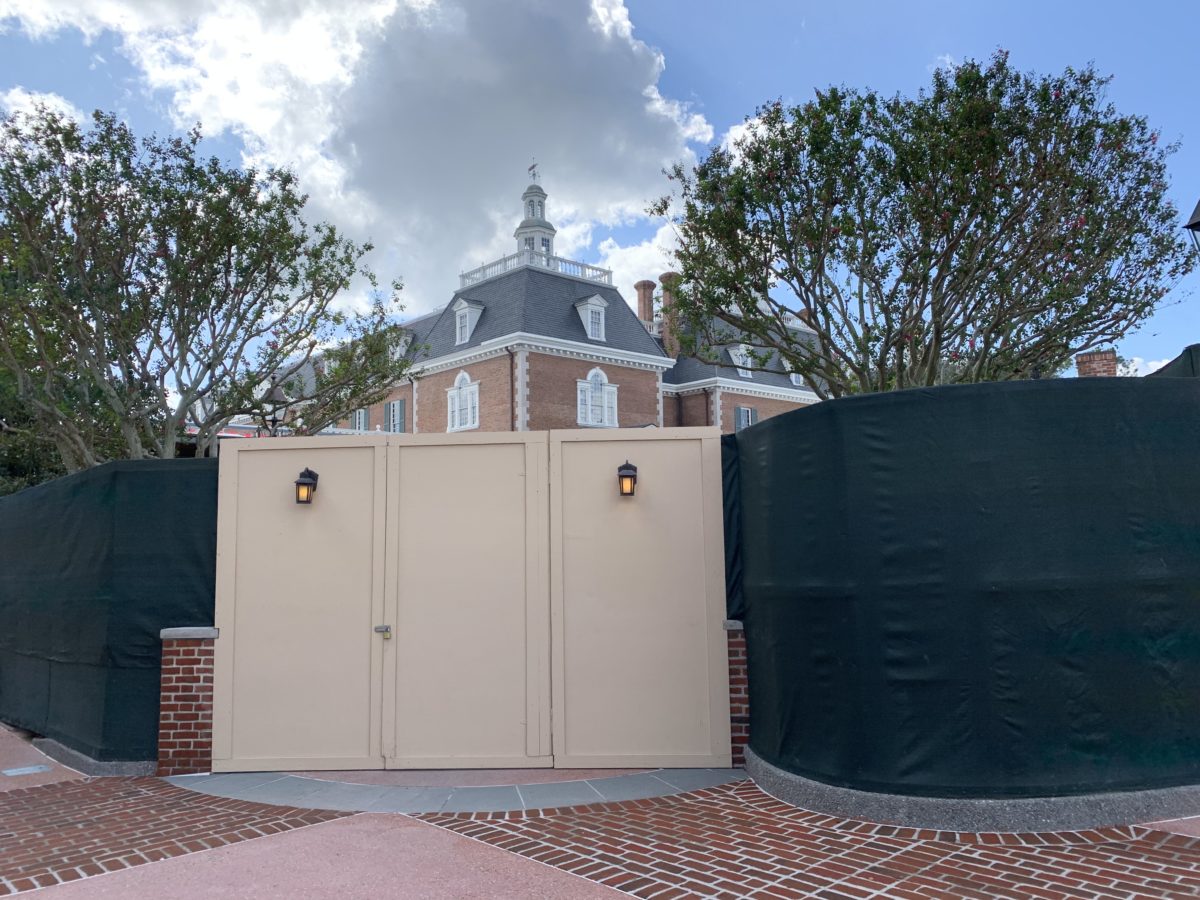 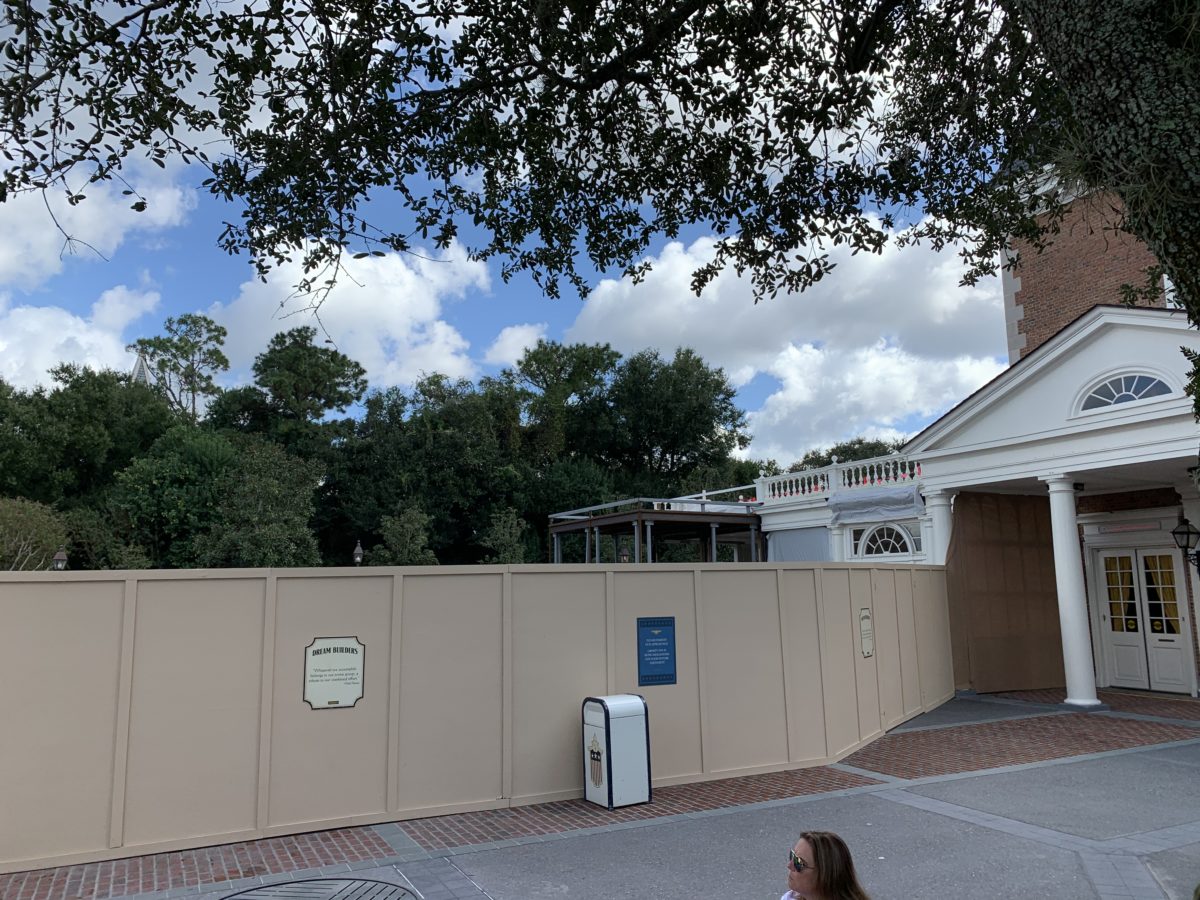 A new structure seems to be in the midst of being added to the front of the restaurant. This is likely the outdoor bar that will be serving up your favorite craft brews. 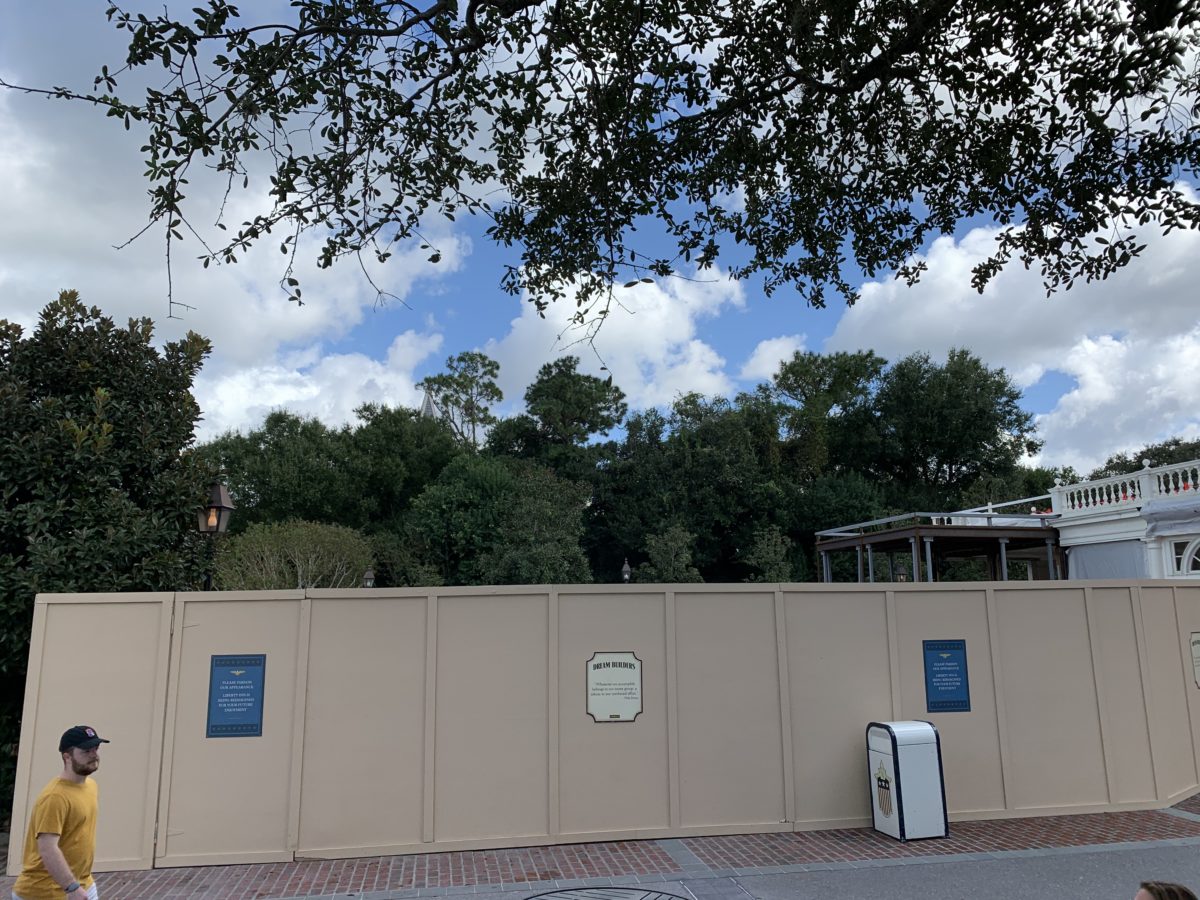 As this area was mostly outdoor seating before construction started. It’s safe to say it will continue to be an enhanced version of that, with the bar being connected to the indoor portion of the restaurant. 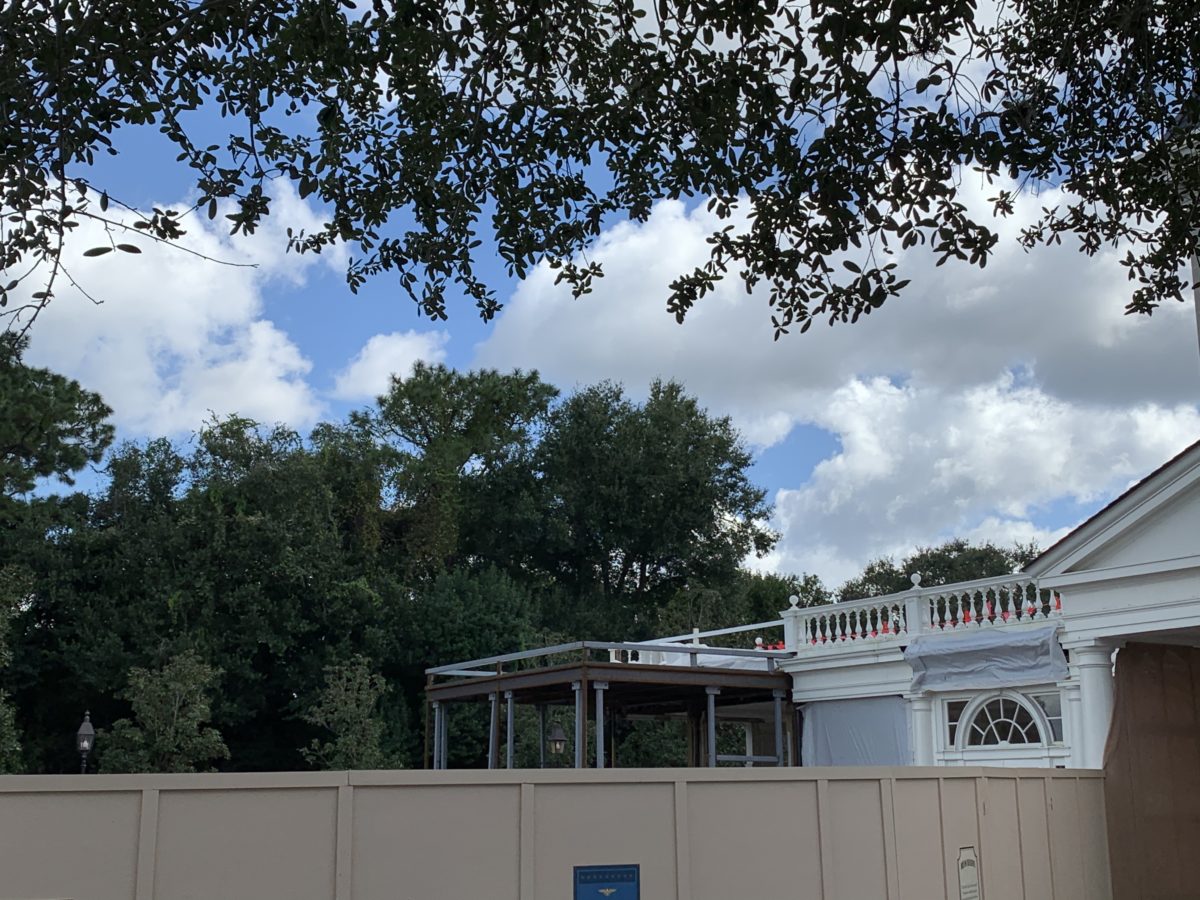 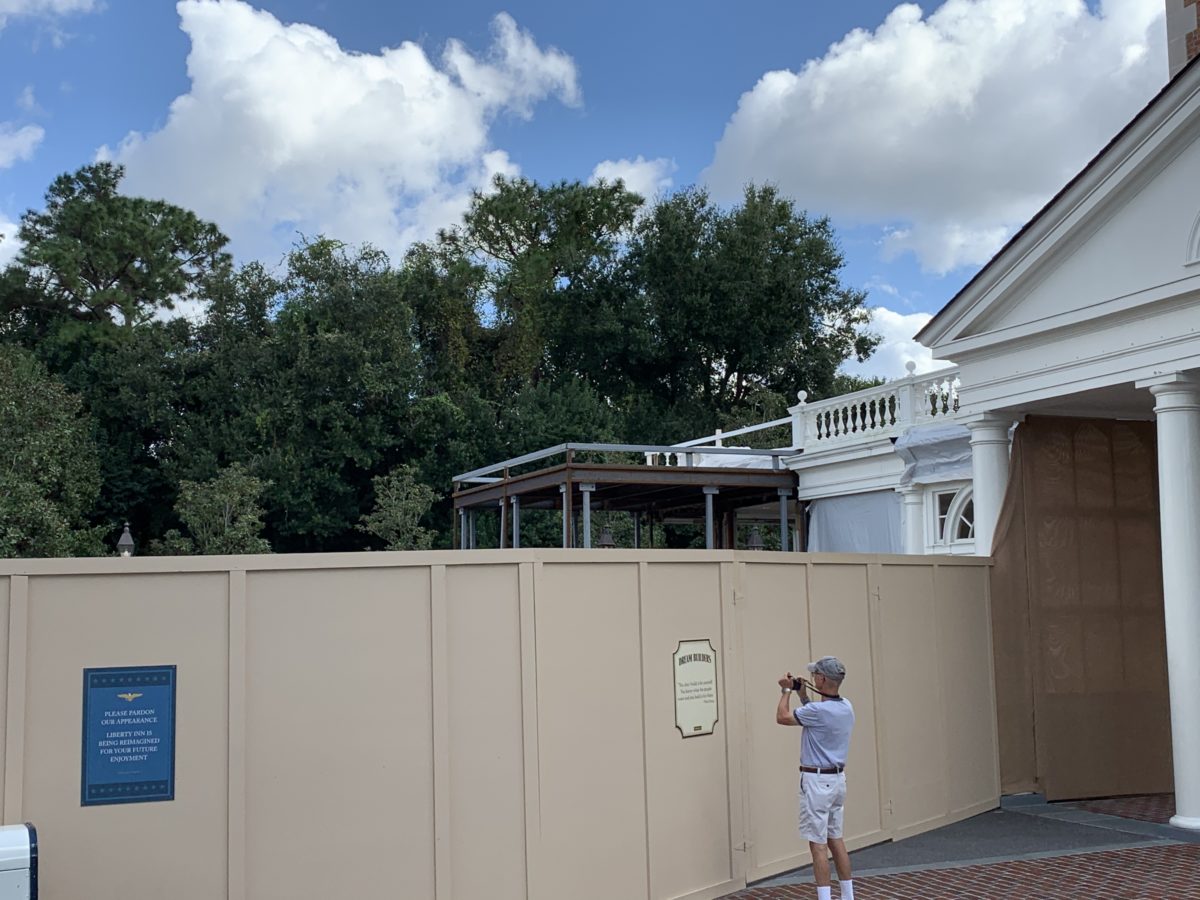 The new restaurant is said to feature traditional American backyard barbecue favorites, like smoked chicken, burgers topped with BBQ pork, and pork ribs. You can also look forward to a new plant-based option as well as indulgent sides like mac and cheese, beer-battered onion rings, and creamy slaw.

You can read a more extensive list of the new menu items here. 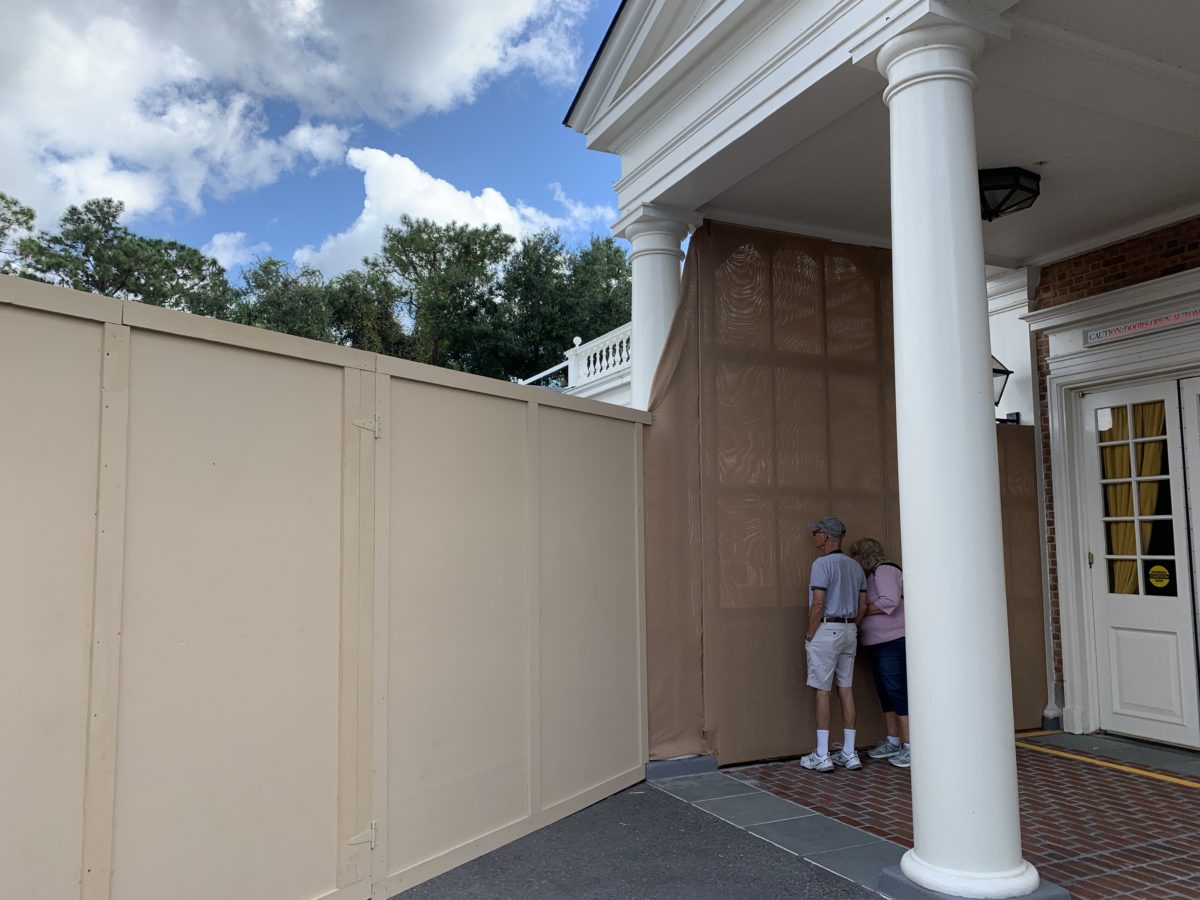 Look at this couple trying to get a sneak peek. I guess they’re excited about the new Tennessee Lemonade Cocktail. 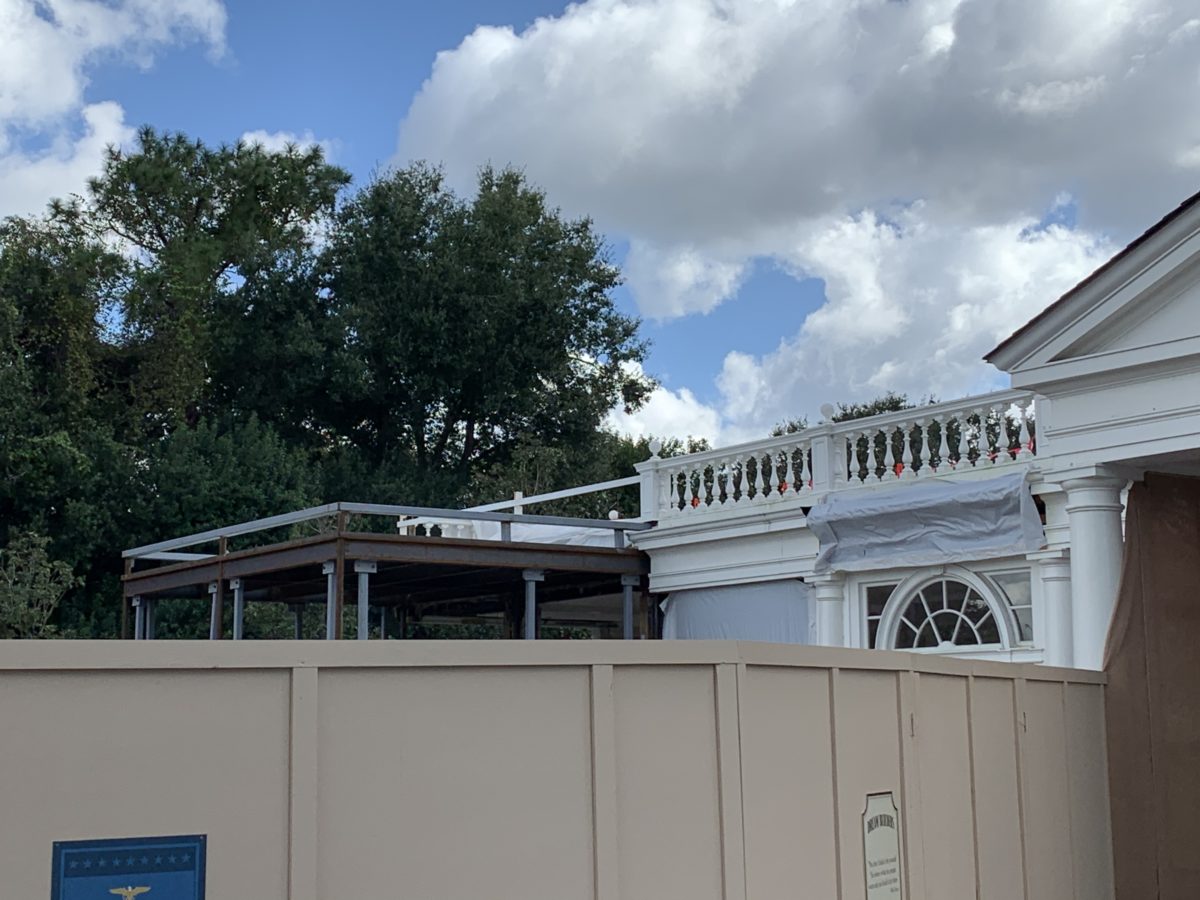 The Regal Eagle Smokehouse Craft Drafts & Barbecue is slated to open this winter at The American Adventure in World Showcase. Till then, keep checking here for more updates including construction and an official opening date.