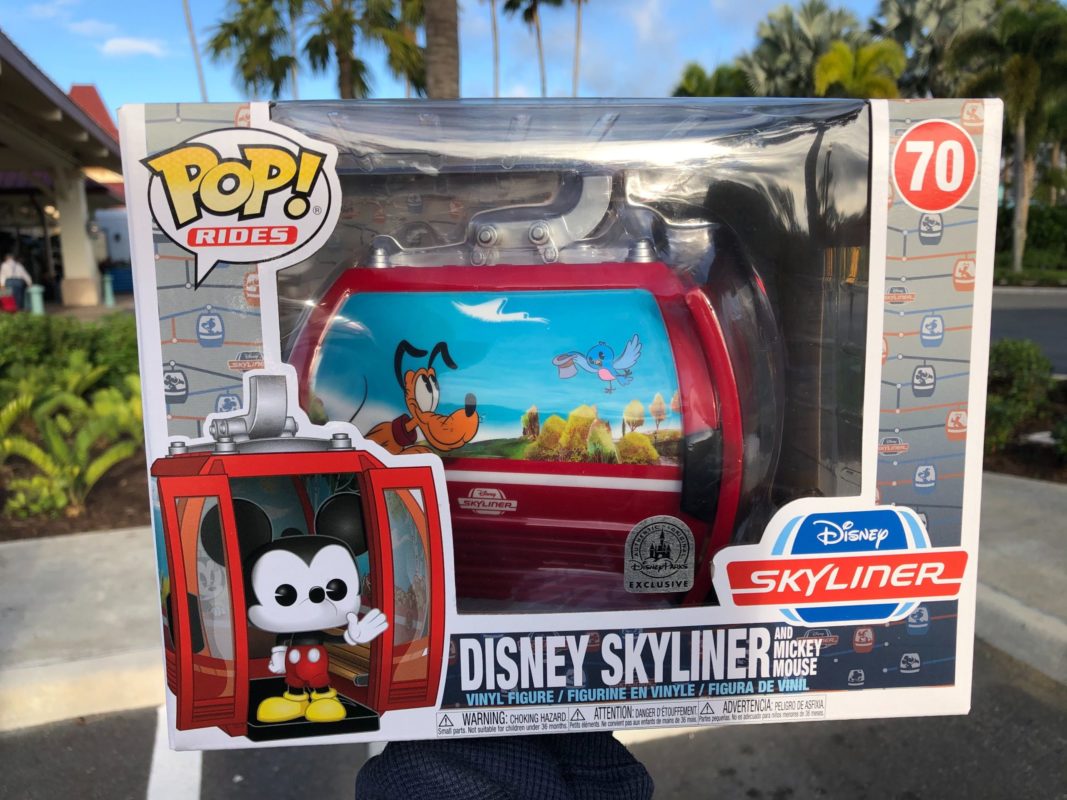 Finally in stores after some unexpected downtime is the amazing new Disney Skyliner Mickey Mouse Funko Pop figure, a Disney Parks Exclusive that’s now available at select parks and resort stores across the Skyliner system. We headed out bright and early to get ourselves one, because despite our personal misgivings about the new form of Disney Transportation, this Funko is too cute to miss. 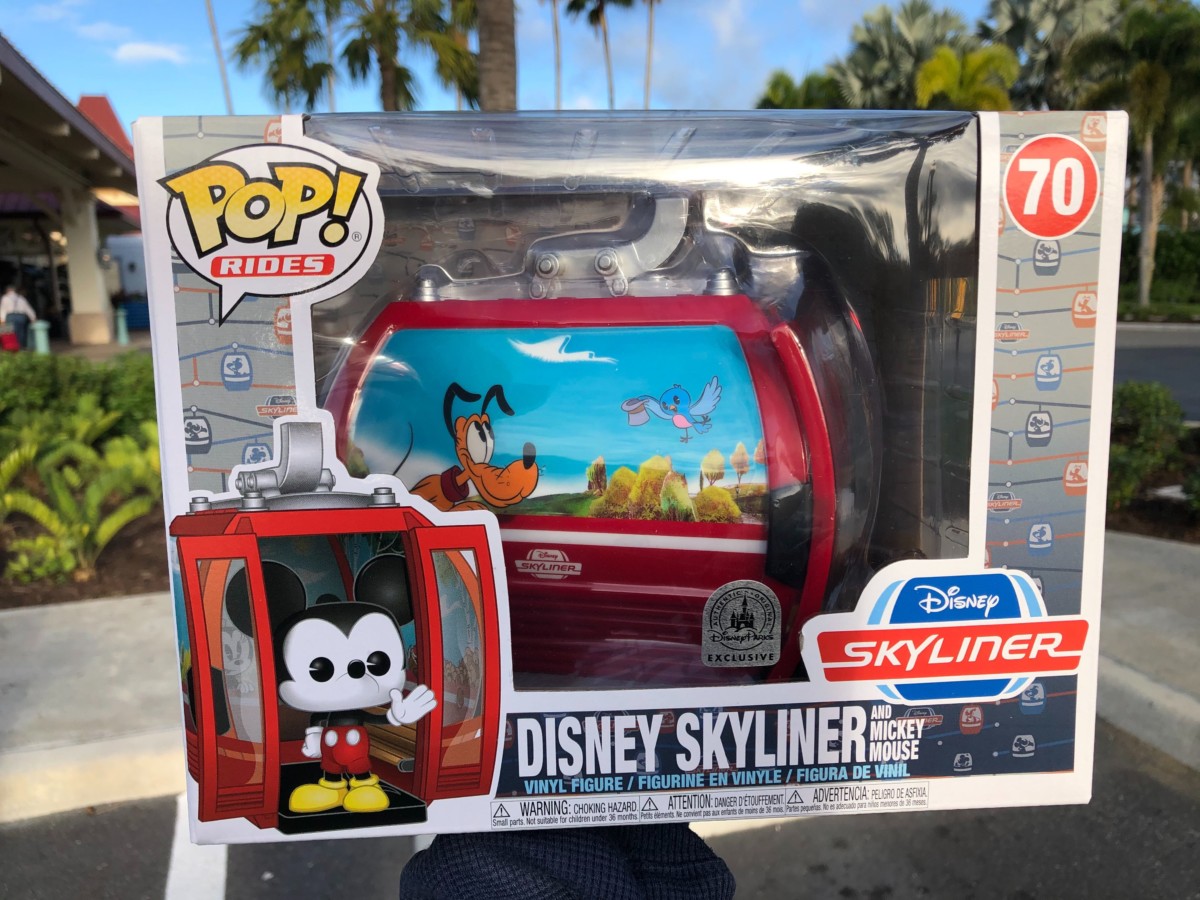 The figure is part of the Pop! Rides series and features a classic red gondola, the one with Pluto, Mickey, and Minnie on the character art wrapped windows. 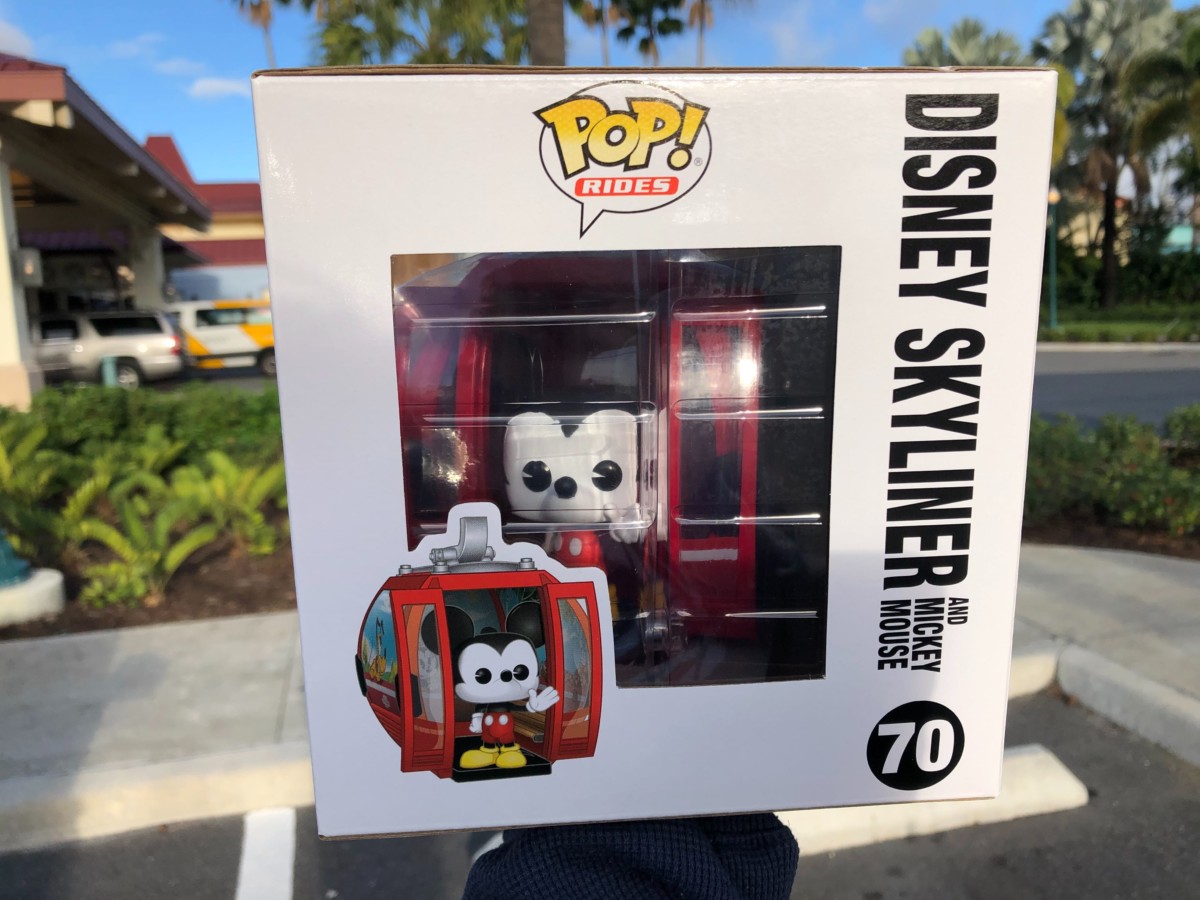 I like that there’s a “window” on the box so you can peer into the side where Mickey is waving from the doors of the Skyliner gondola. 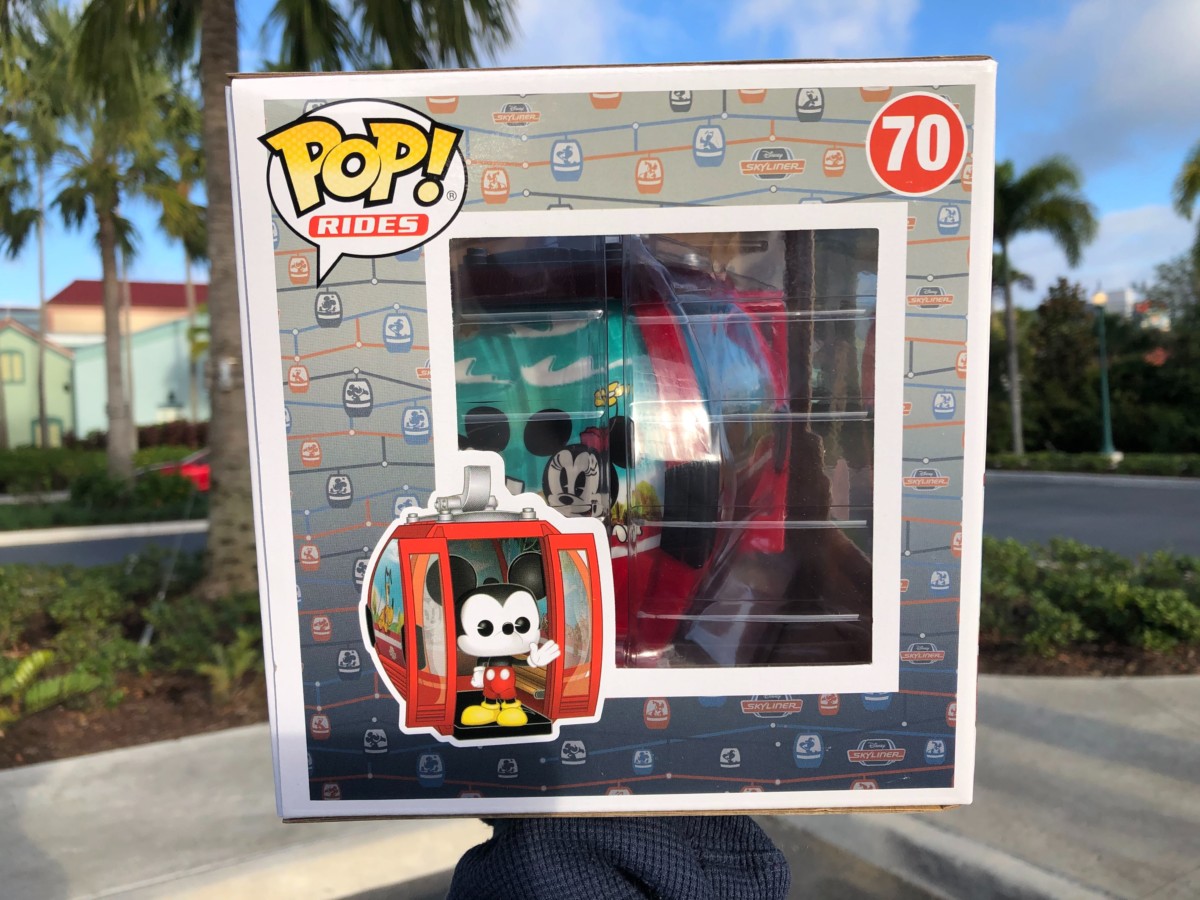 A window on the side of the box shows more of the character gondola. Note the Skyliner pattern along the box. 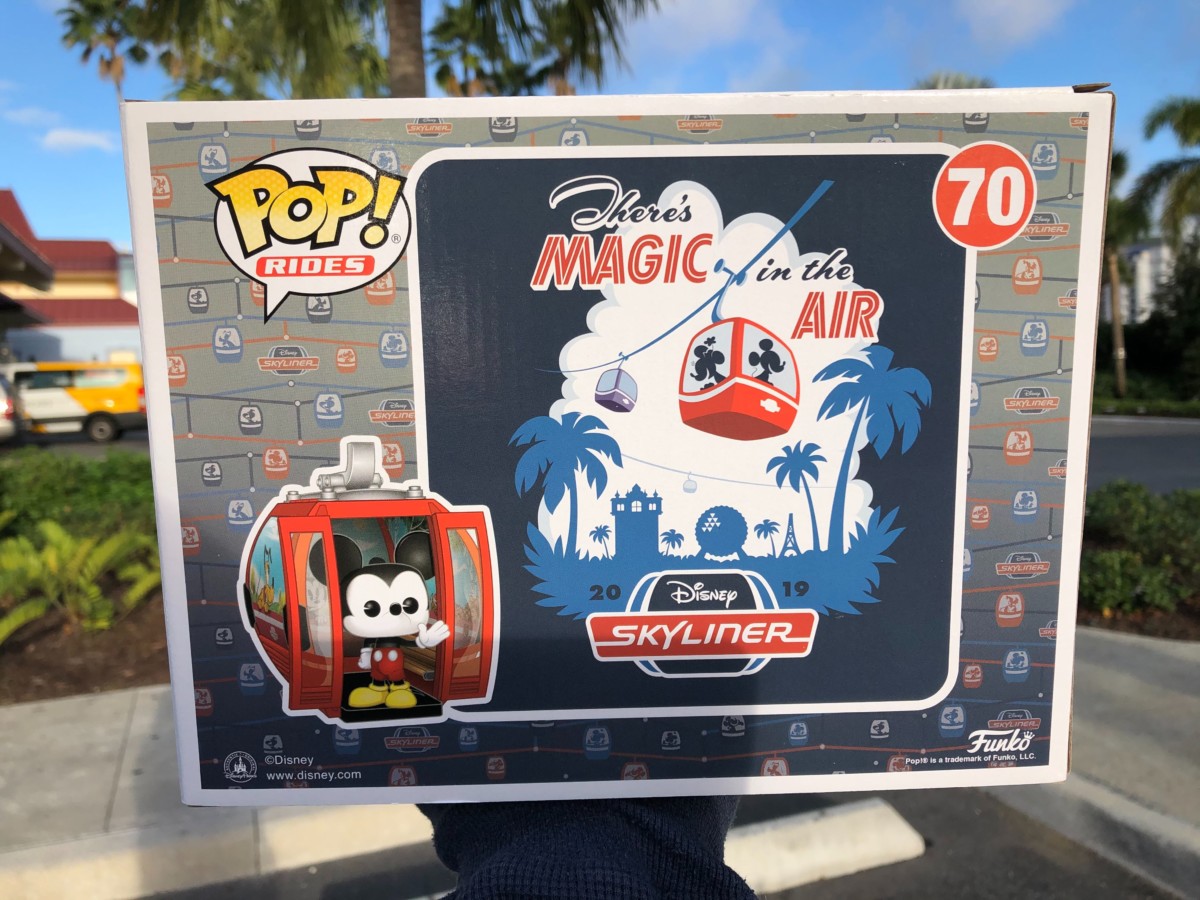 On the back, you have some of the commemorative art that was featured in a lot of the initial merchandise for the Disney Skyliner’s grand opening. 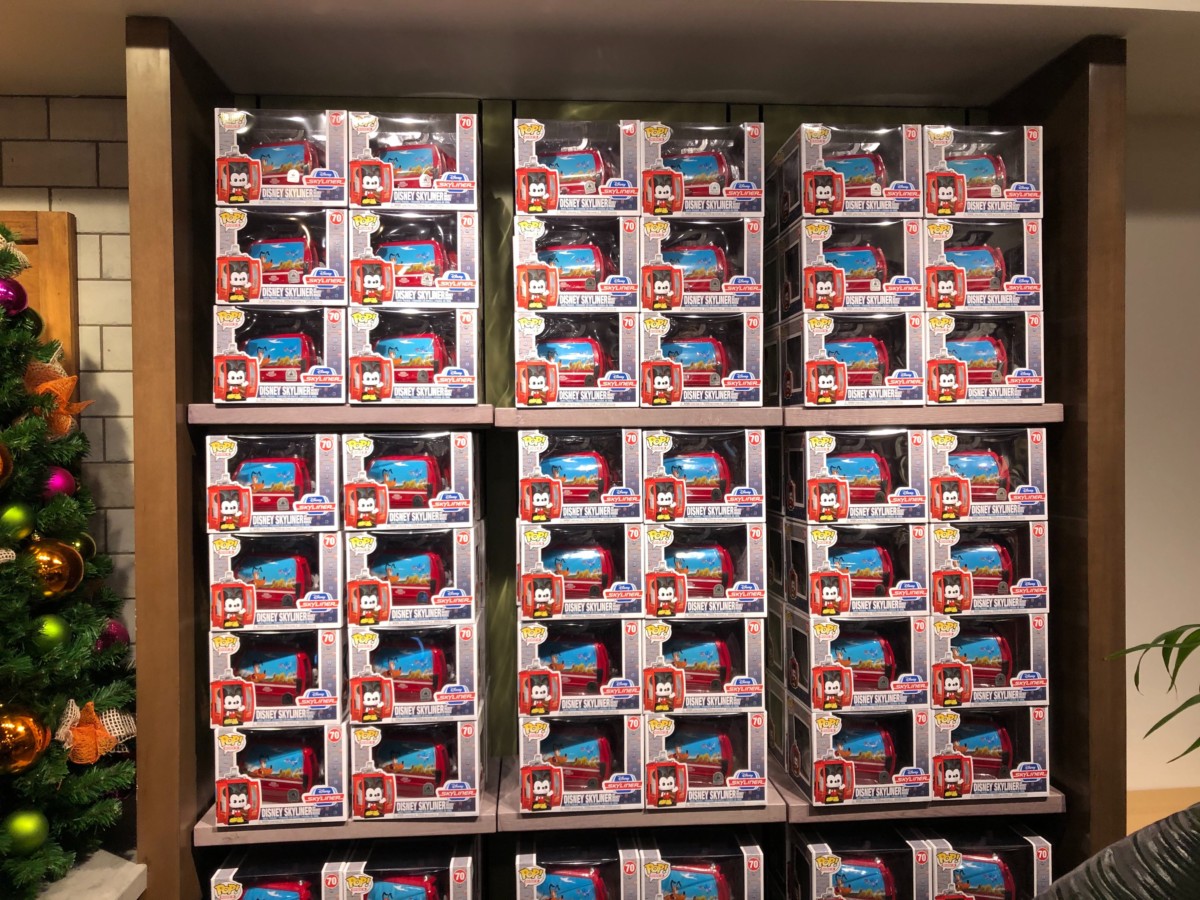 We always half-expect long lines and low stock during many of these Funko Pop! releases, but at 8:00 AM this morning at Disney’s Caribbean Beach Resort’s Calypso Trading Post store, there was a whole wall of Funkos and barely a line. 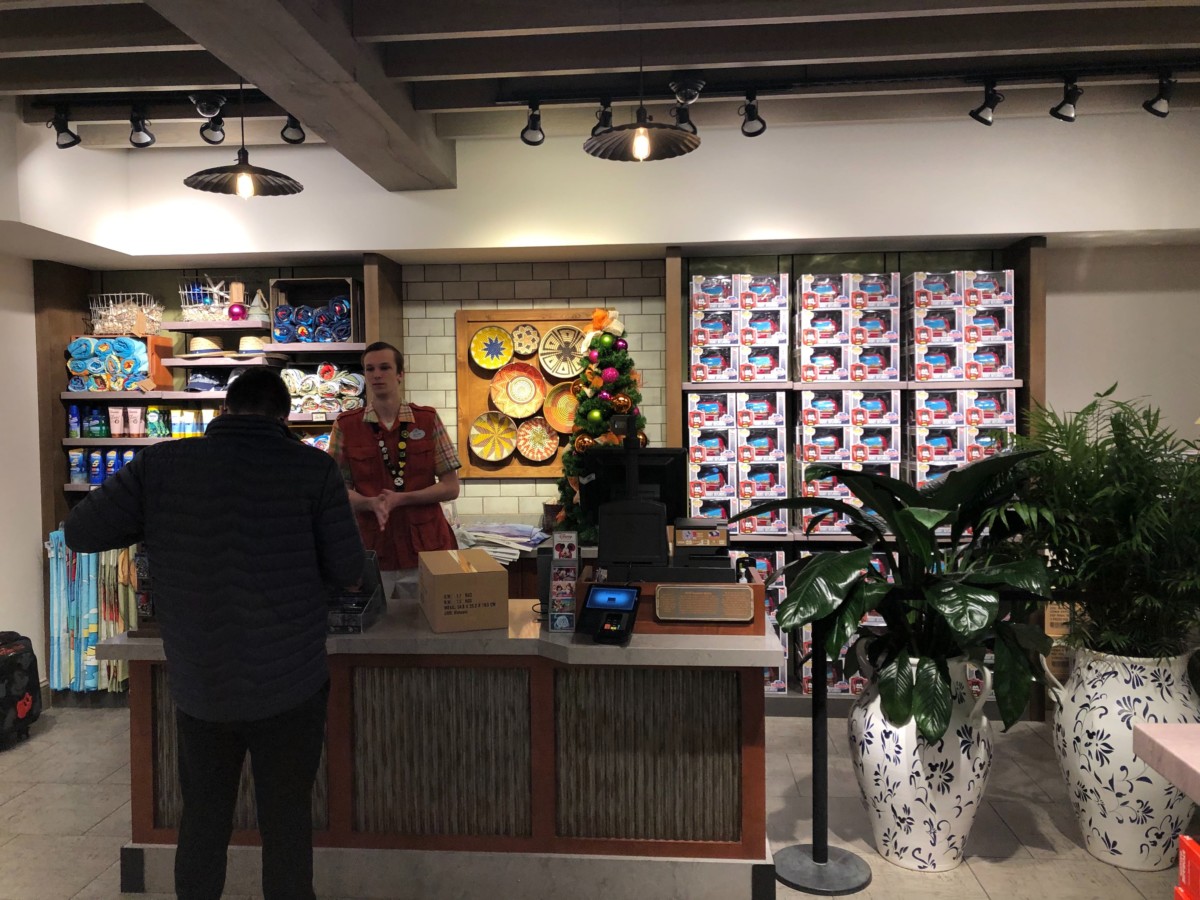 (Literally. There was one guest in front of us and that was it.) Note how they’ve set up planters to block access to the vinyl figures as a precaution. There is an item limit of five per guest at this location. 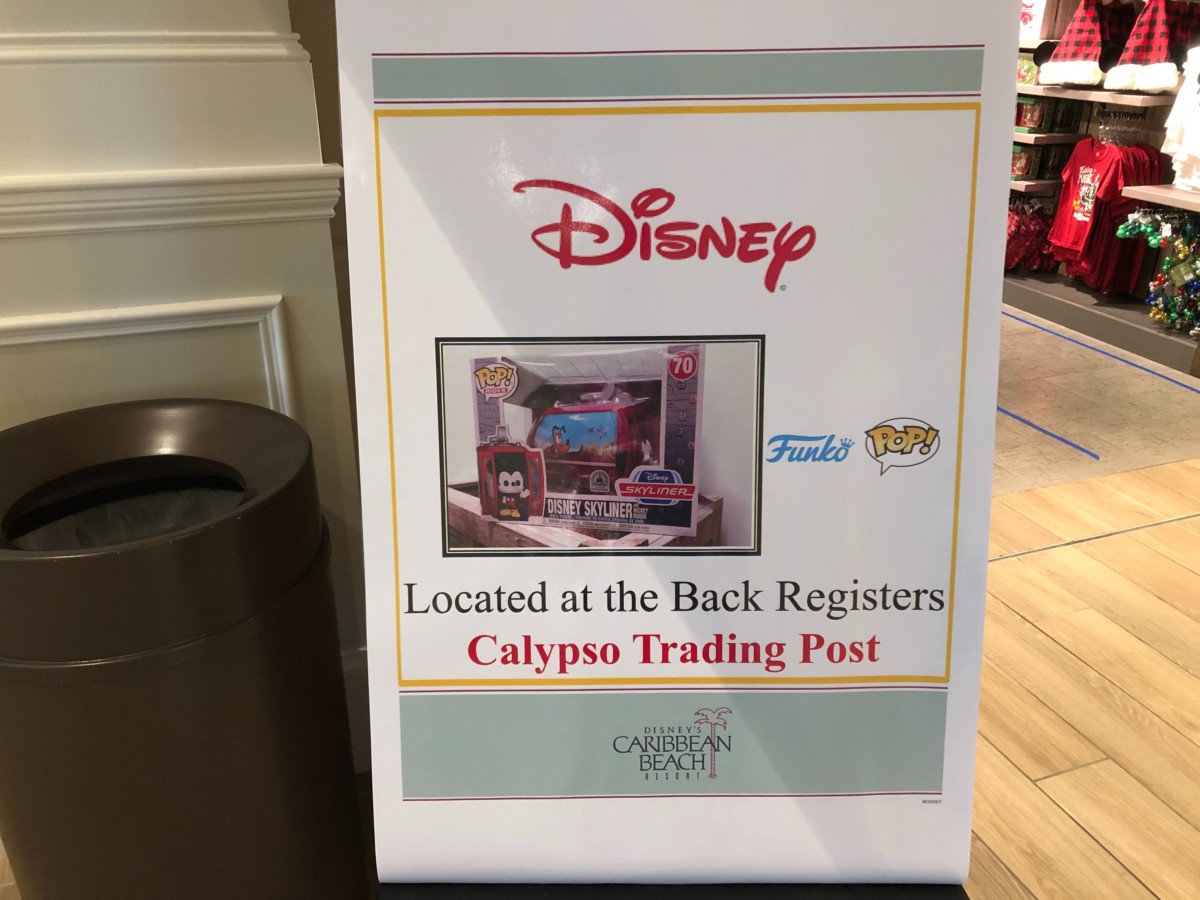 The Funko Pop! vinyl figures retail for $39.99 and are huge, so you do get quite the toy for the price. You can check out where it’s available across property by clicking this link. It’s yet to arrive on shopDisney, but we expect it to make it on there in the coming weeks if not days if stock doesn’t run out.