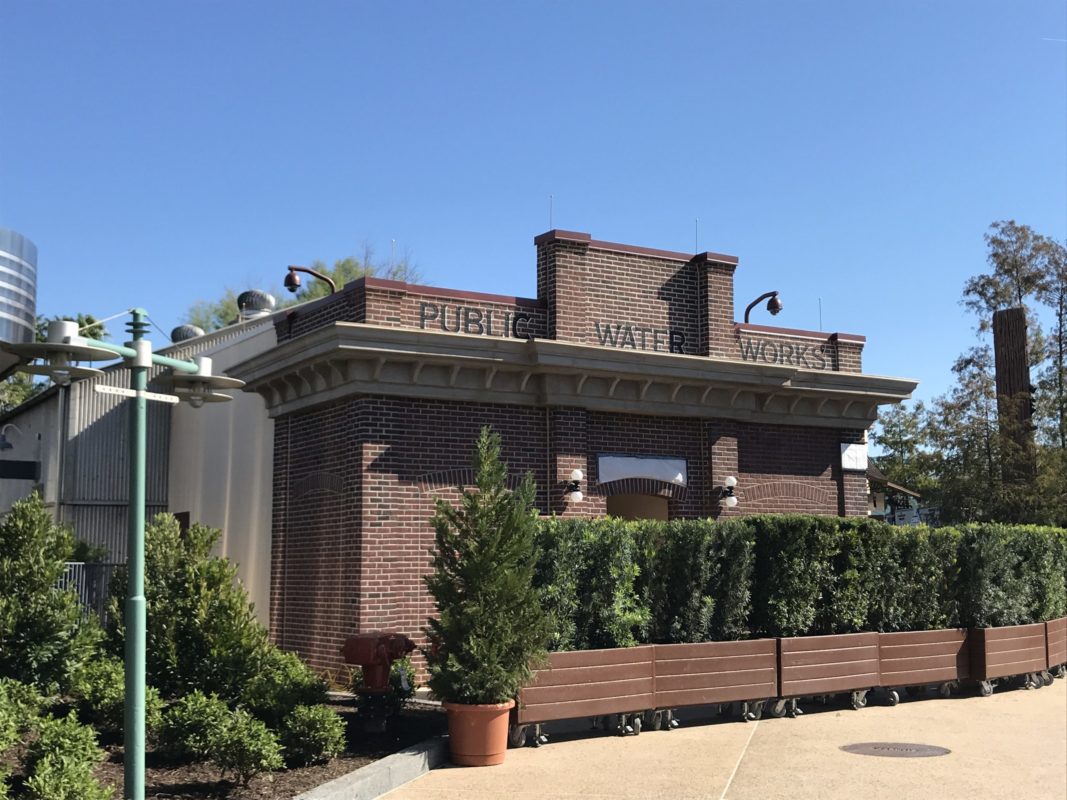 At Disney’s Hollywood Studios, the new restrooms across from the BaseLine Tap House appear to be nearing completion. The structure that stands where the Star Wars Speeder Bike photo op used to be is receiving its final theming touches. While in our last update we thought that the restrooms’ opening was going to coincide with the opening of Galaxy’s Edge, but work proved to move at a slower pace. With the way these restrooms looked today, we feel that they’ll be open any day now.

New signage has been painted on the actual structure. The words “Public Water Works” now appears on the building’s brickface. It matches the theming of the surrounding buildings in the area. 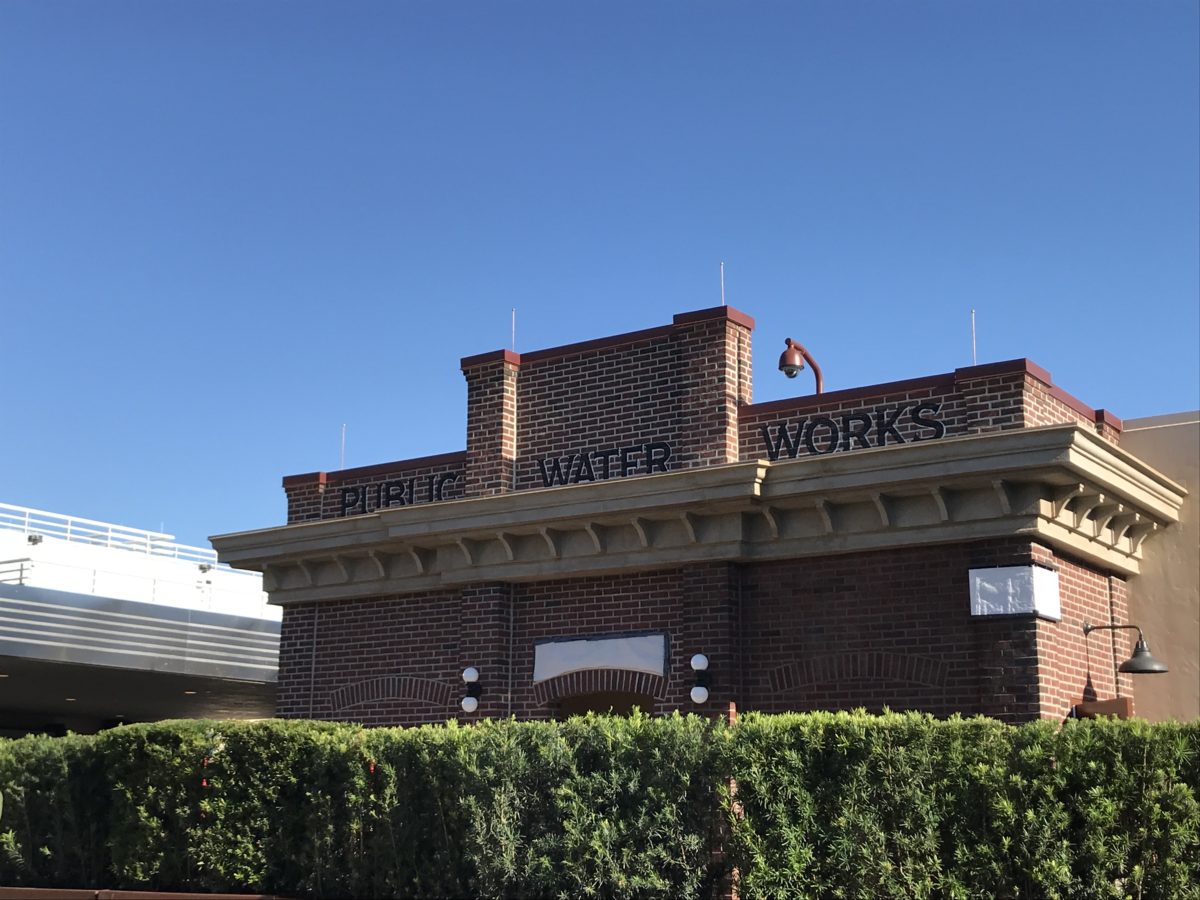 Signage over the restroom’s main entrance has been covered by white material. 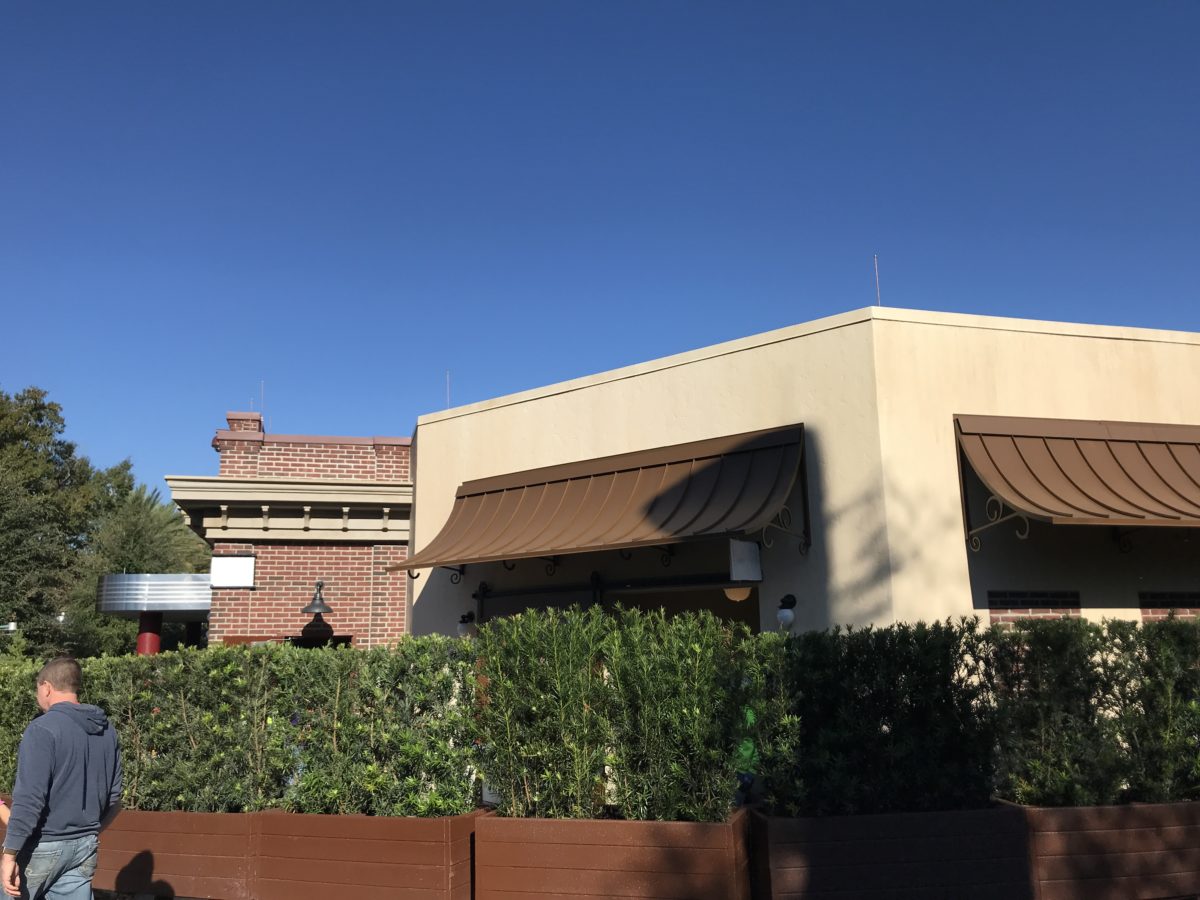 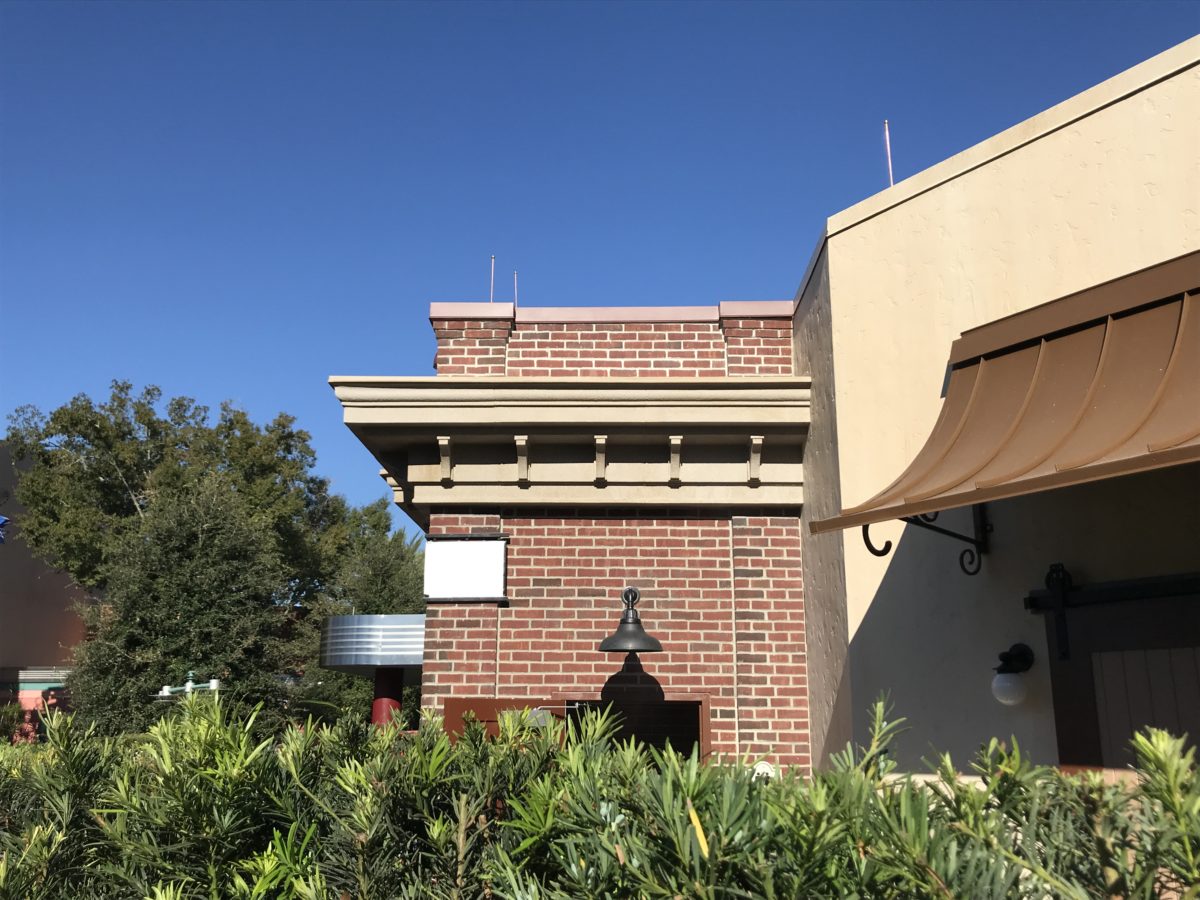 A corner sign, nestled underneath the exterior crown moulding, is also covered. 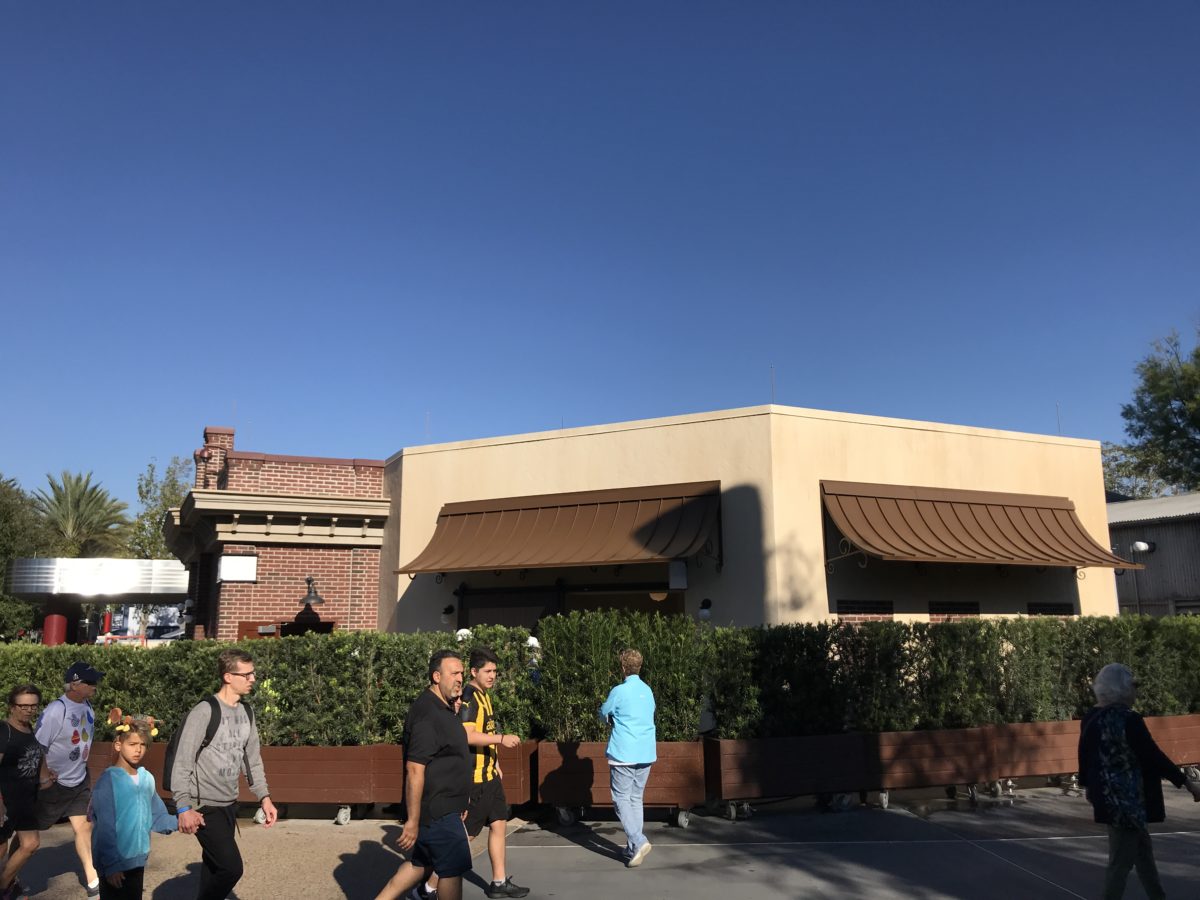 Construction hedges still obstruct a portion of the restroom’s exterior. 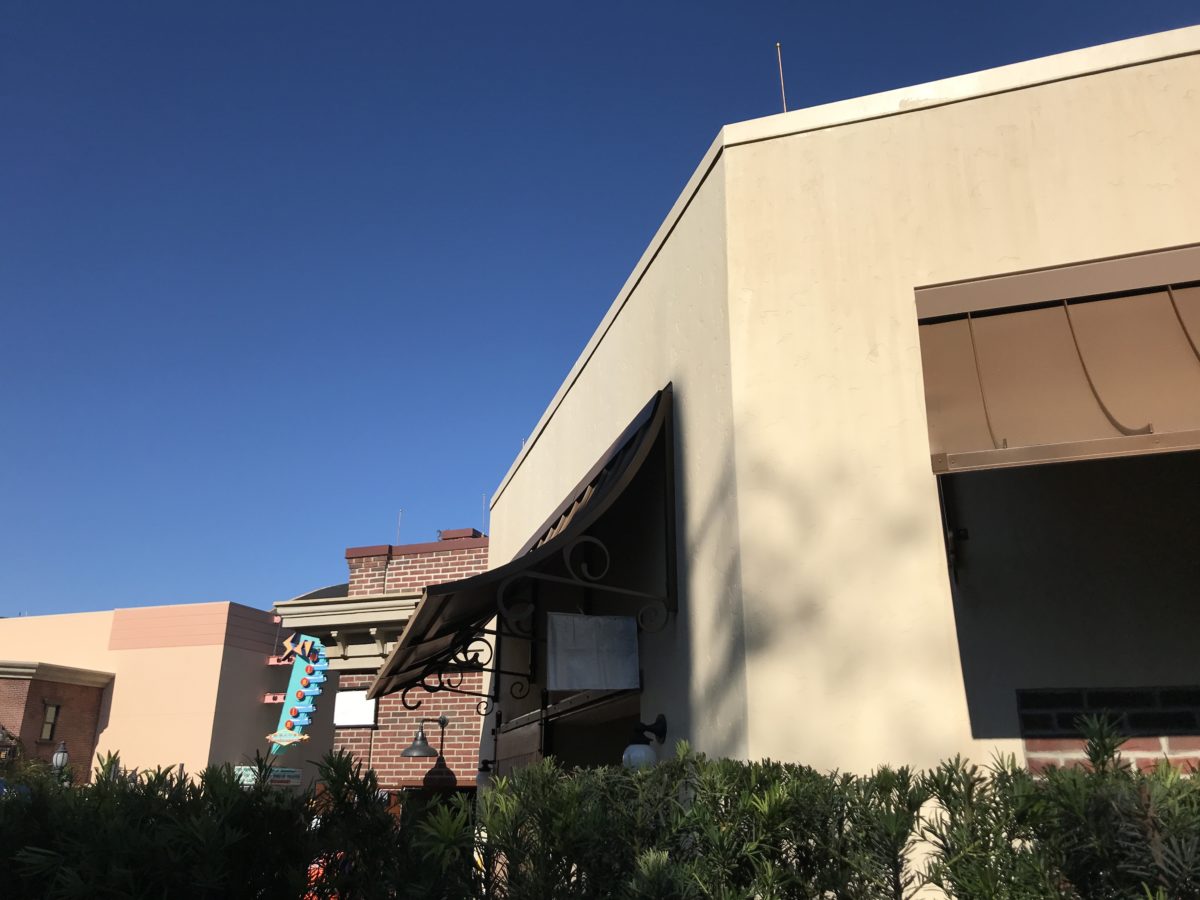 A sign mounted to the wall is also wrapped in a white material. 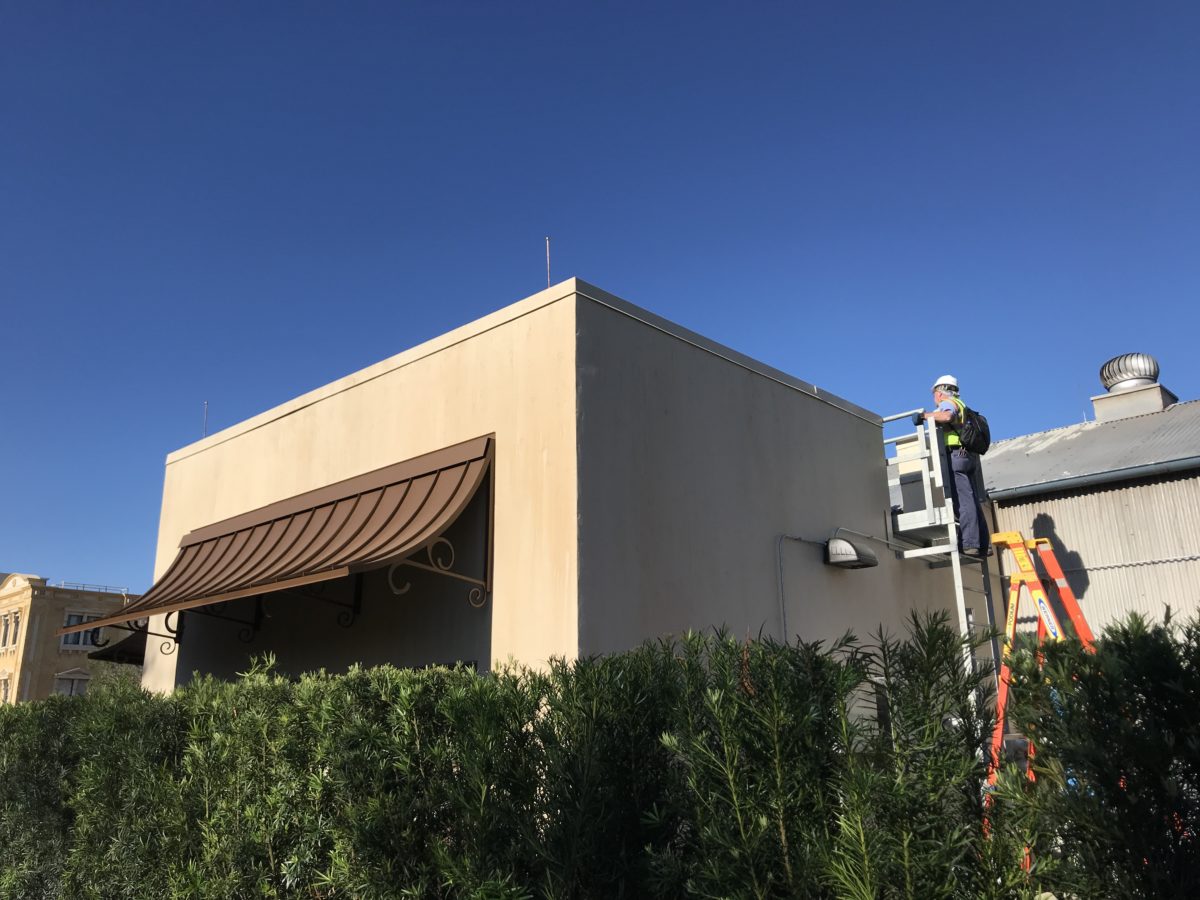 Workers were present onsite, with lots of noise coming from behind the construction hedges.

We’ll be keeping an eye out for this restroom to open. We’re certain it will be soon! Check WDWNT for all of the latest Disney Parks construction news!