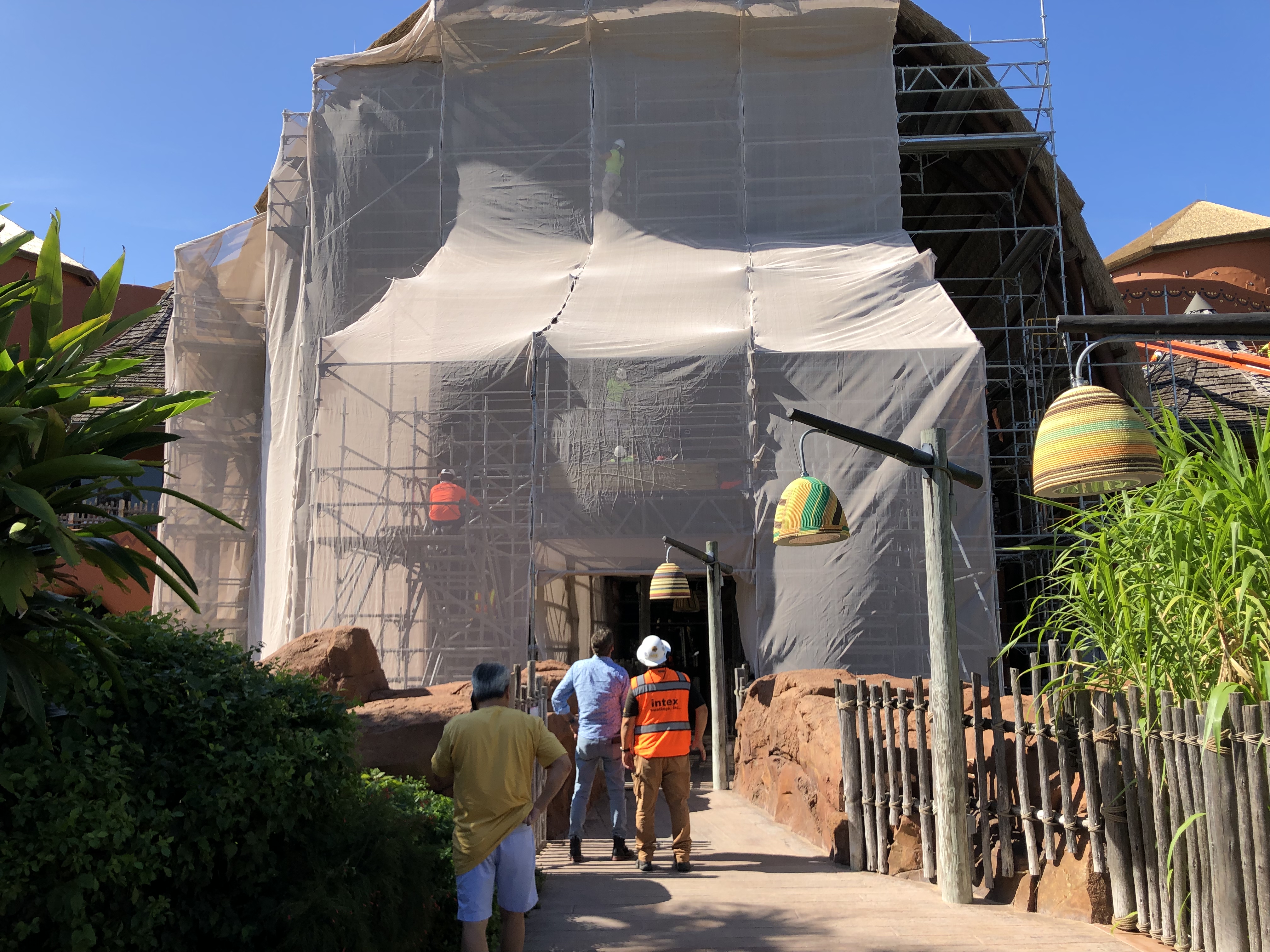 As we discussed a few days ago, Animal Kingdom Lodge has seen several stages of refurbishments take place over the past few months. This includes newly remodeled rooms at Jambo House. Today, we went down to check out some of the work being done just across the savannah at Kidani Village. 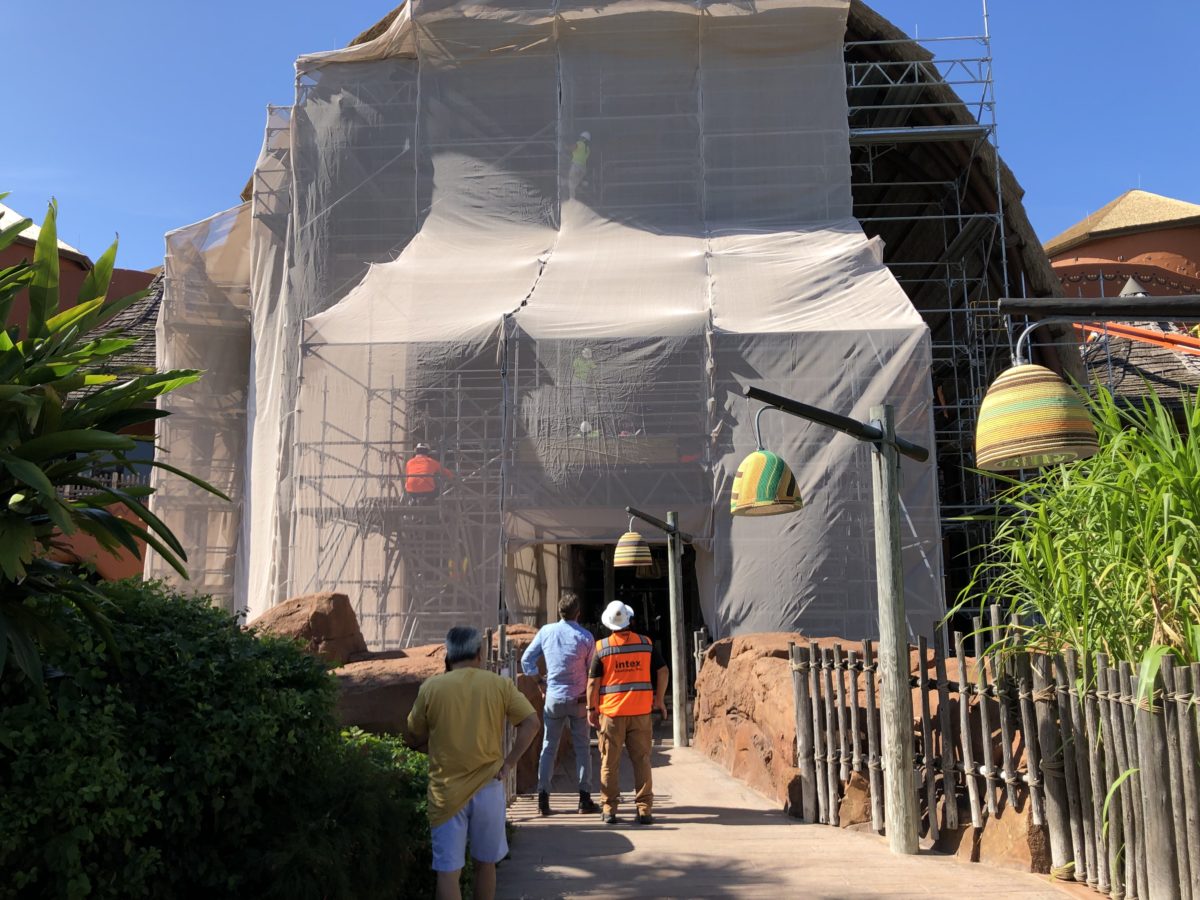 View From The Lobby 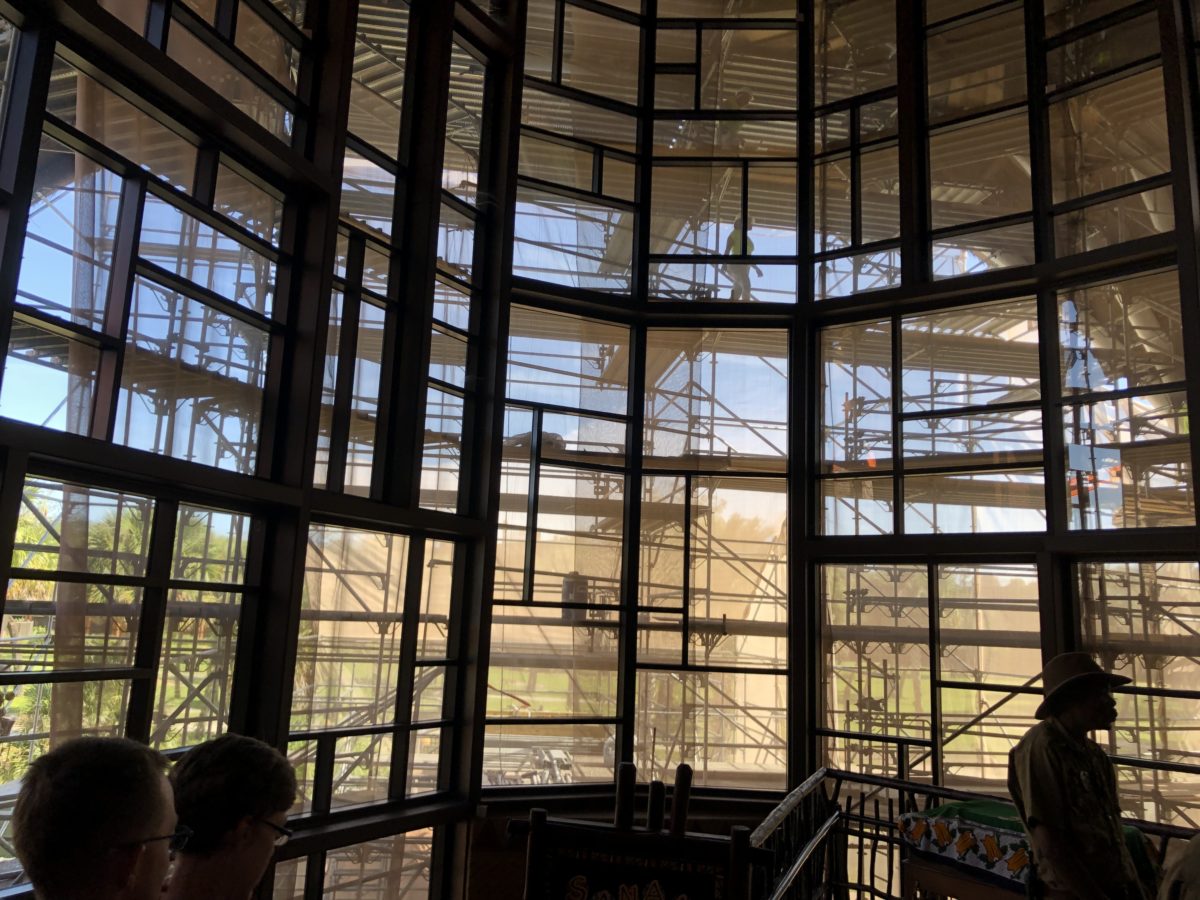 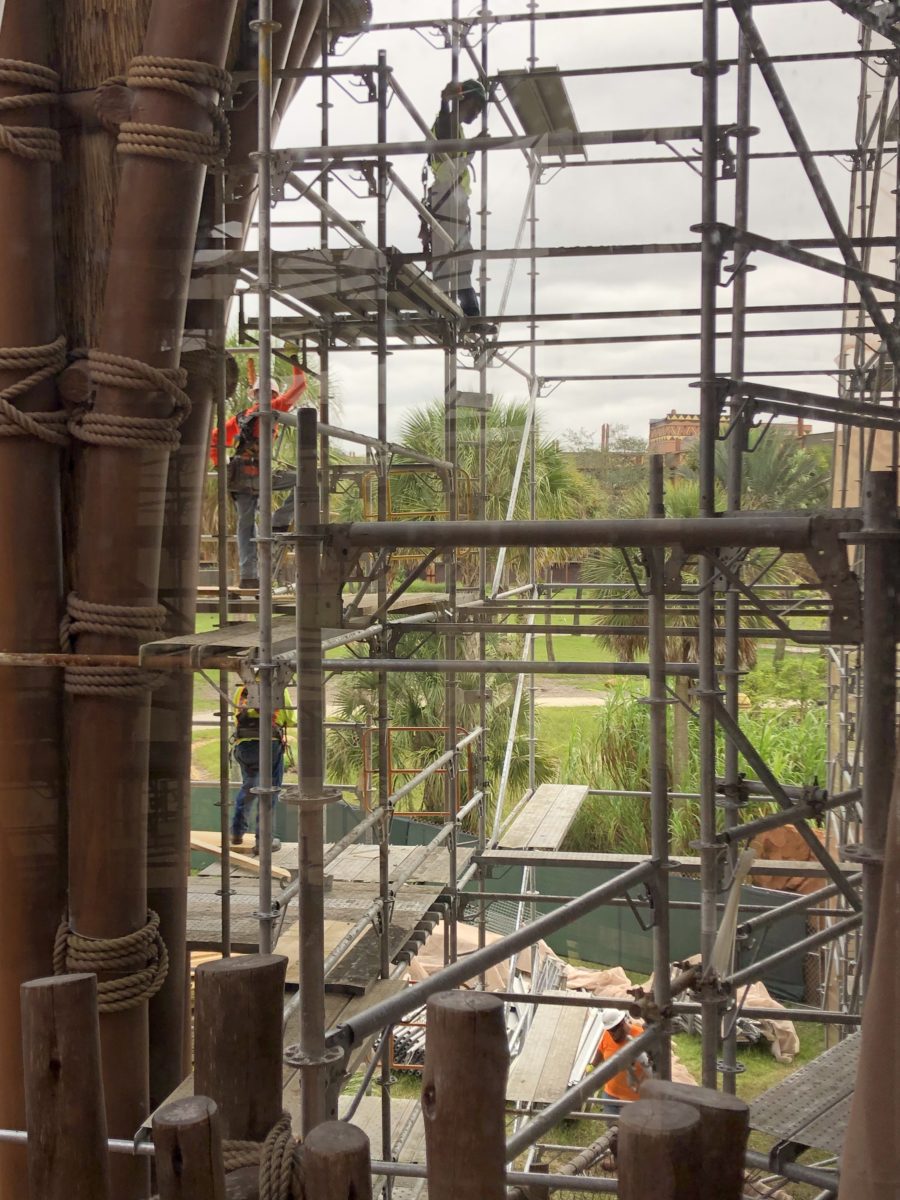 From the inside of the lobby, you can immediately see the large scaffolding that has been erected over the entire outside window. Large scrims also cover most of the scaffolding as workers buzz about during the refurbishment. 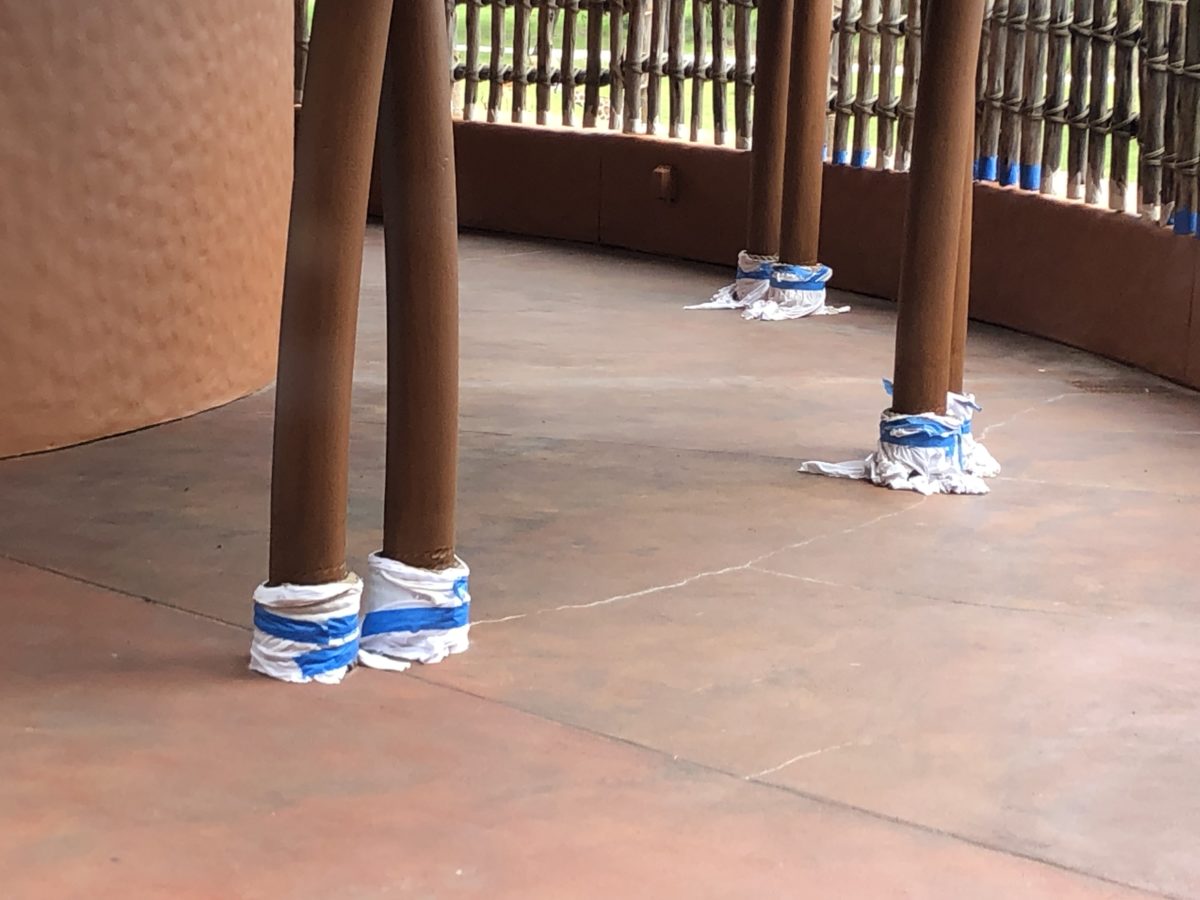 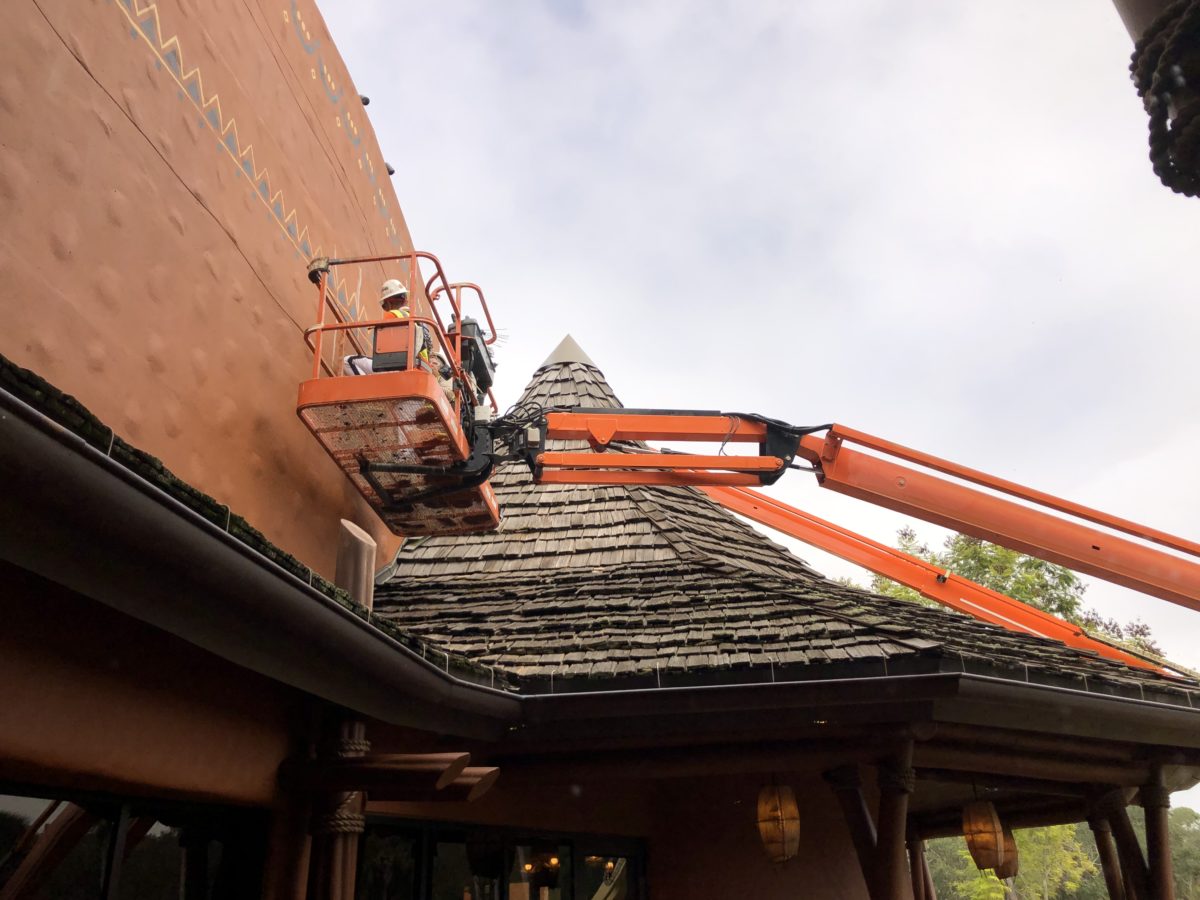 A look out the side windows reveals paint work happening with some of the outside support beams on the patio area and workers on lifts doing some roofing tasks. 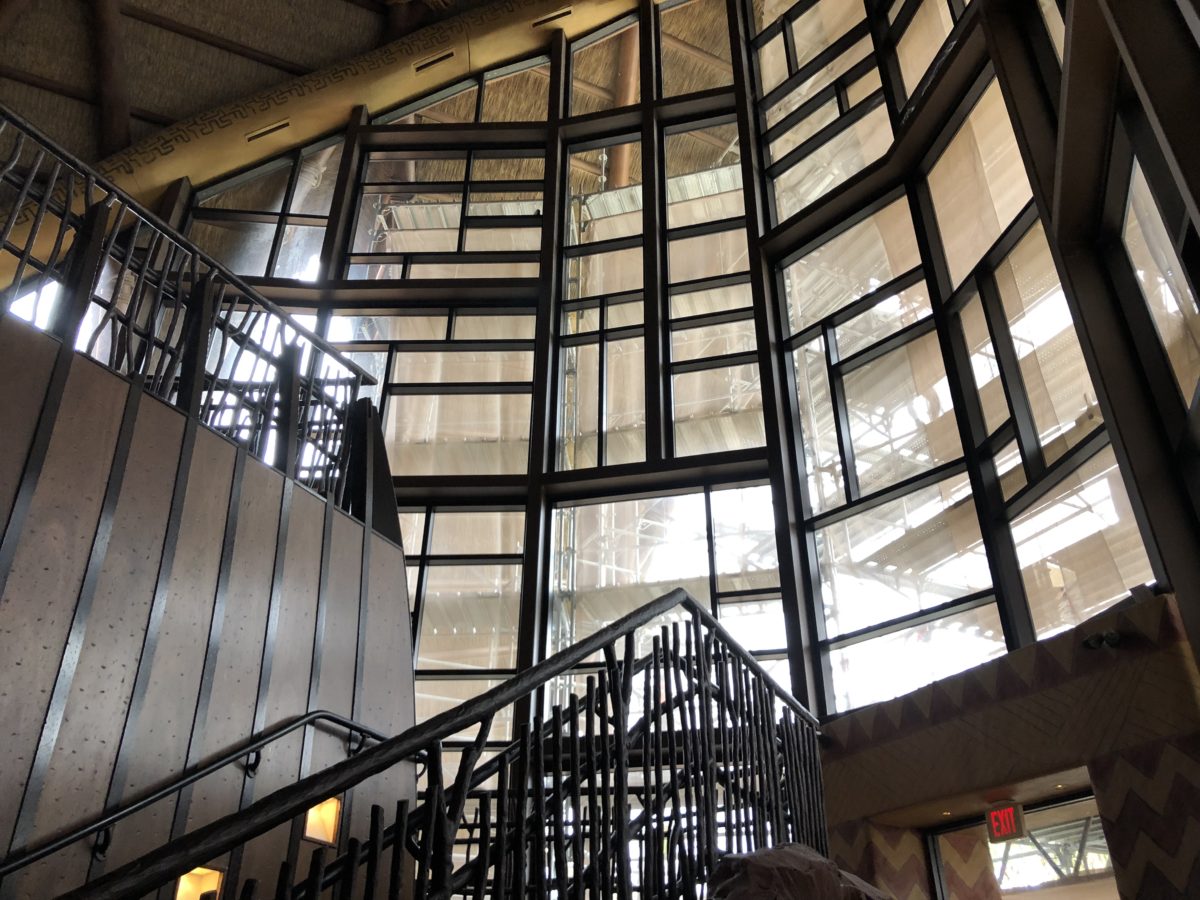 From the check-in desk for Sanaa, you can see a more up-close view from ground level of the outside scaffolding that covers the large windows. 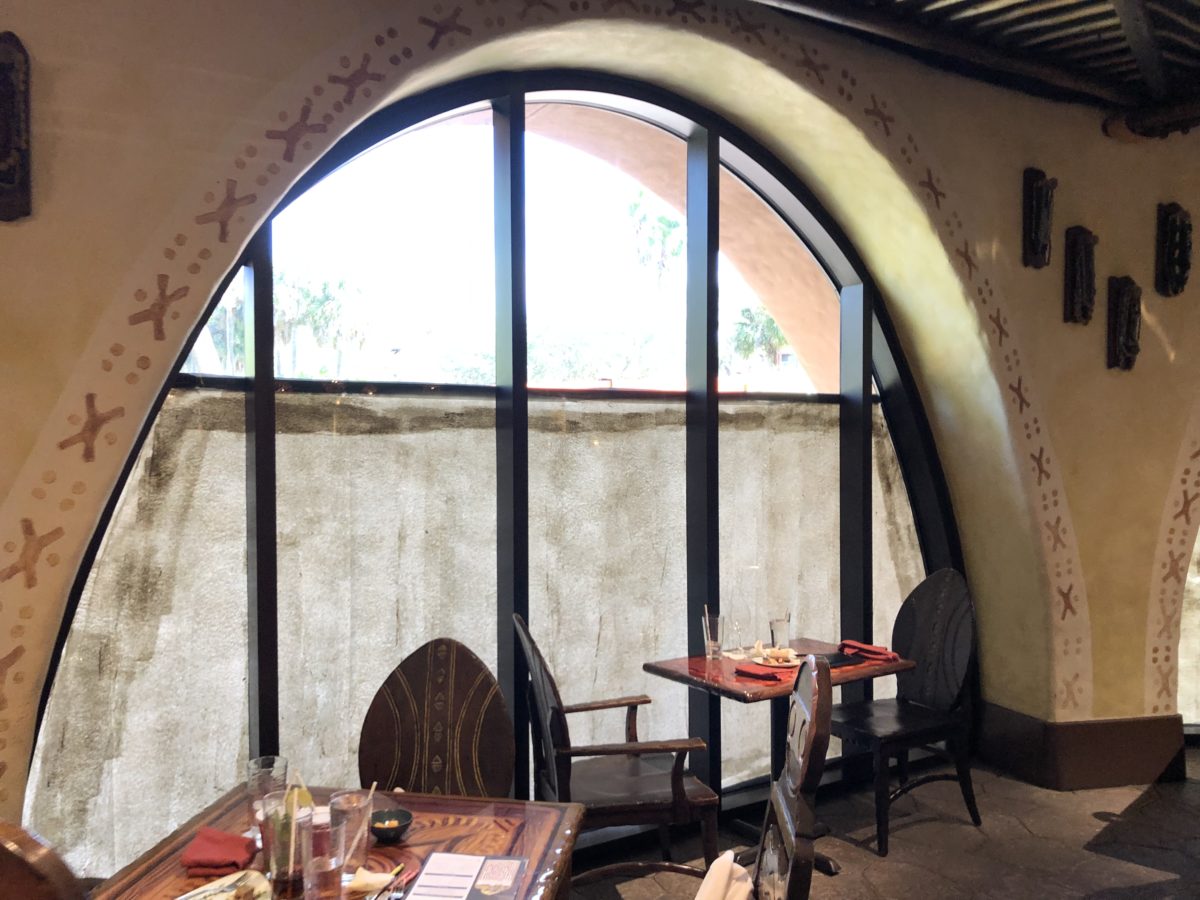 The once beautiful views of the Savanna are now blocked by window covers on the outside during the construction. However, they only covered up the bottom half of the windows to keep some outside light being let in. 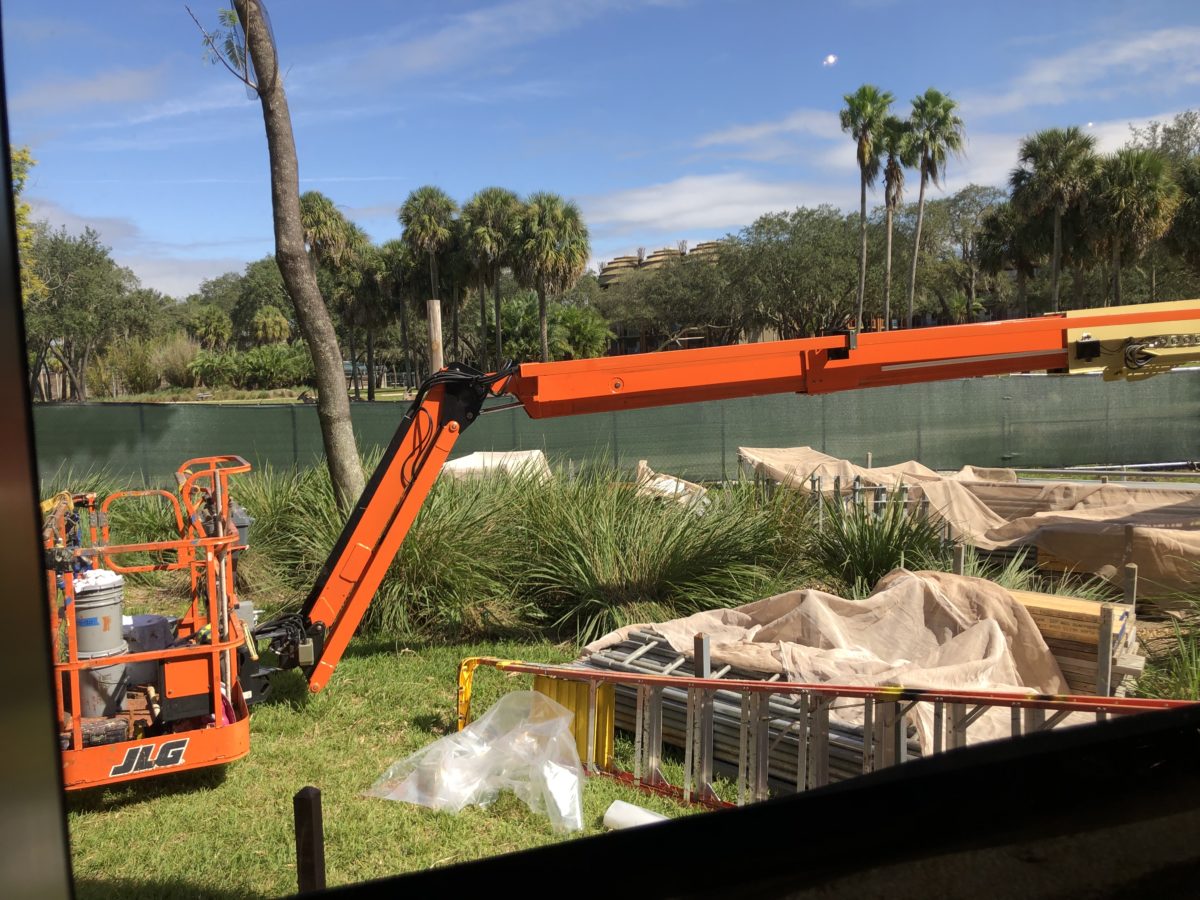 Taking a peek over the window covers reveals construction equipment outside in the grassy areas behind the green construction walls. 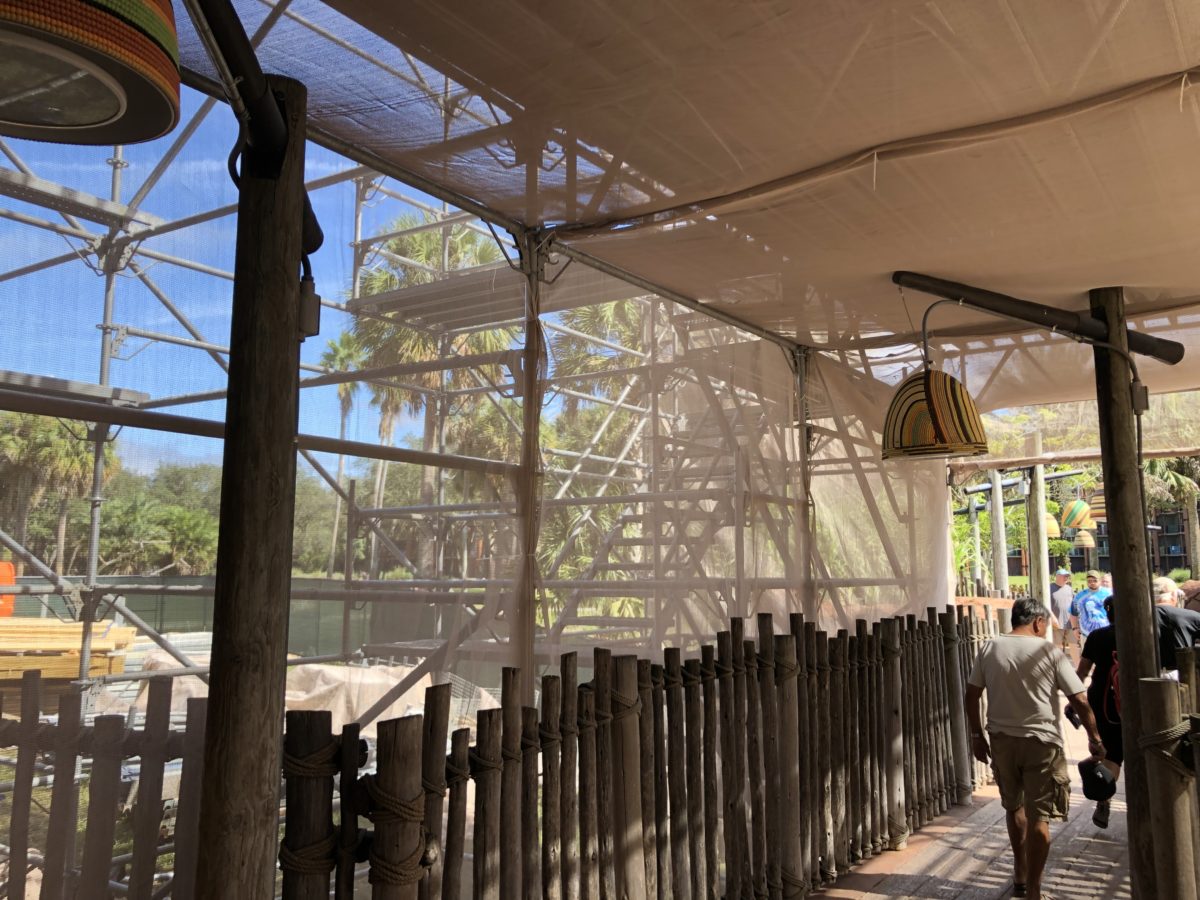 As you walk out in to the Savanna viewing area, guests travel under a covered tunnel beneath the scaffolding and scrims. Unlike Jambo House, where some of the work has rendered the outside viewing areas off limits, the Kidani Village fire pit and overlook are still open. 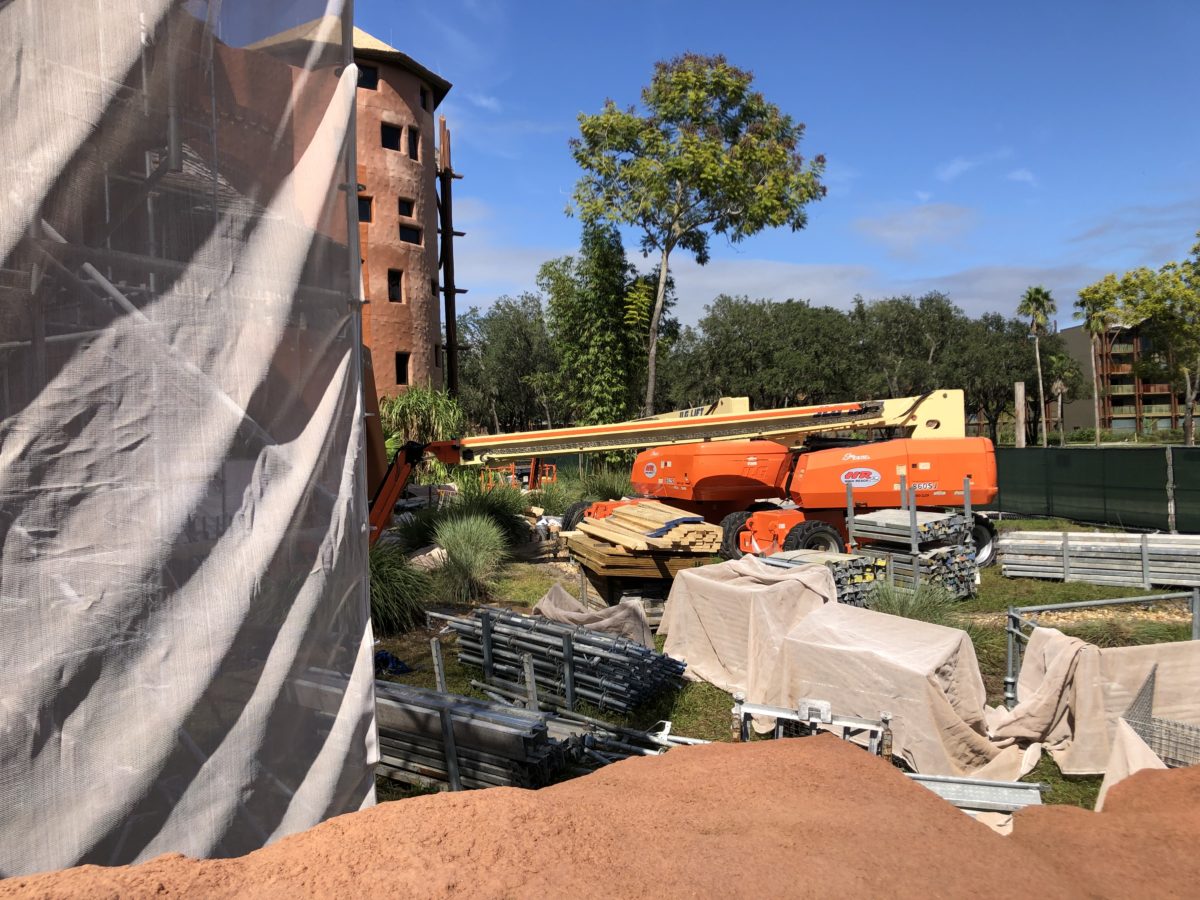 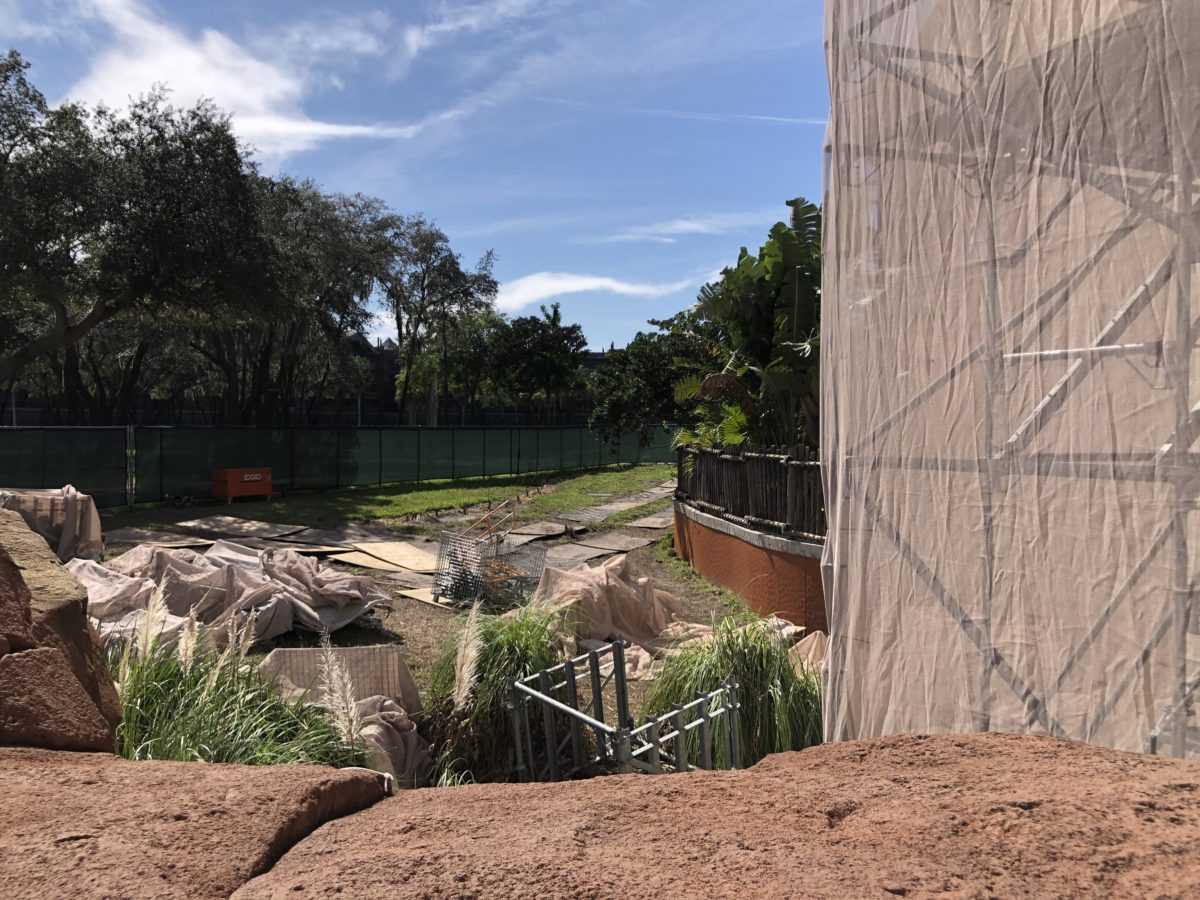 Views to your left give you a view of what is being blocked by the Sanaa window covers. To the right is more equipment being stored. 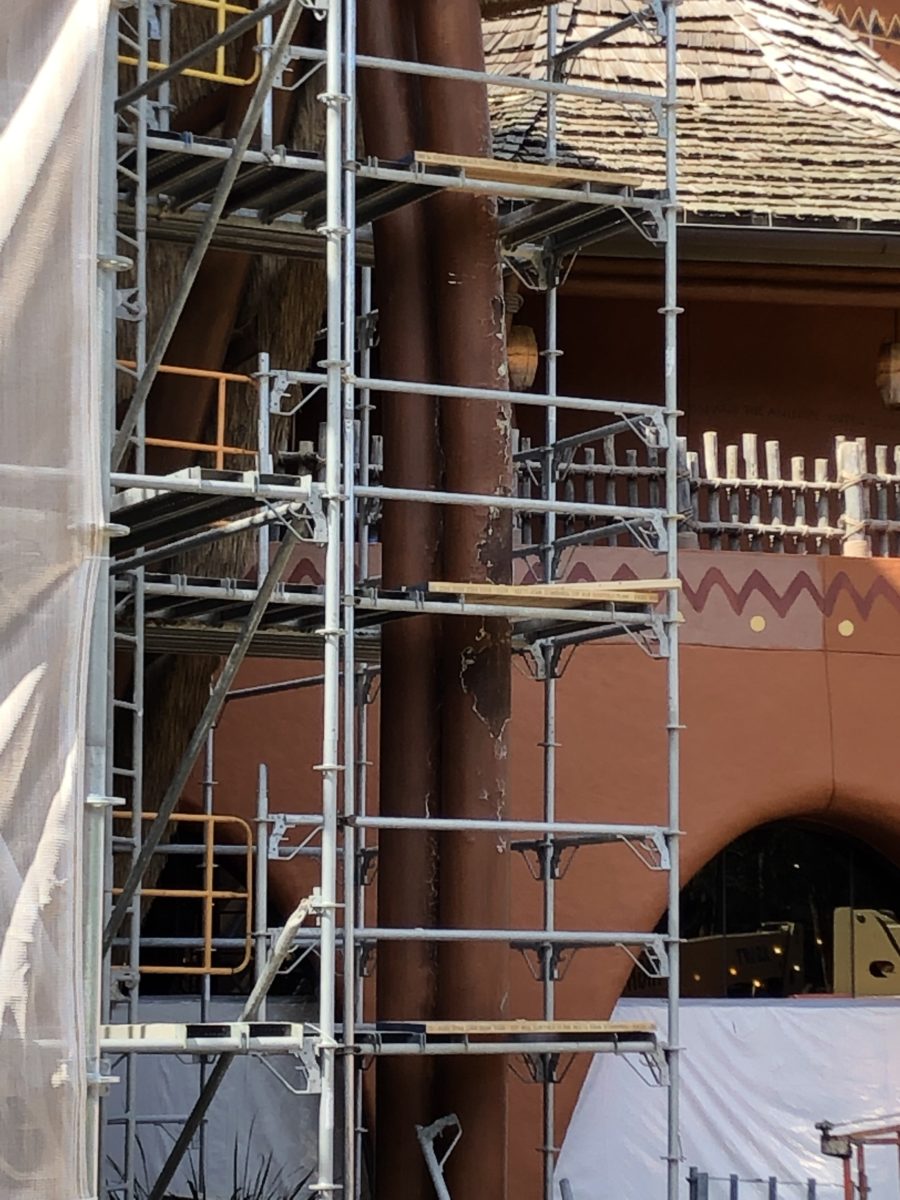 A quick look back reveals paint being removed and replaced on the outer support beams. A cast member told us that this was part of the nearly year-long refurbishment that has been ongoing, and that stripping the paint on the outside of the building for repainting was happening today. 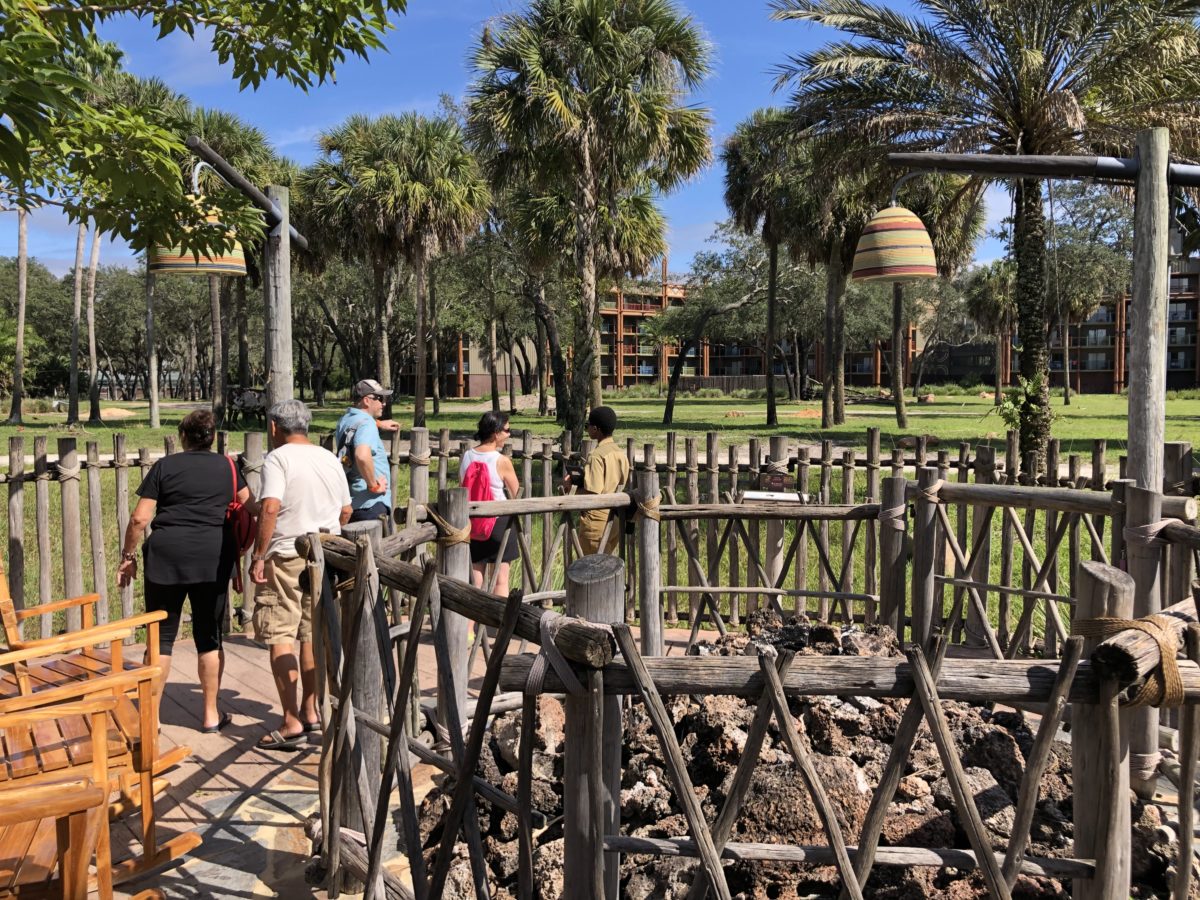 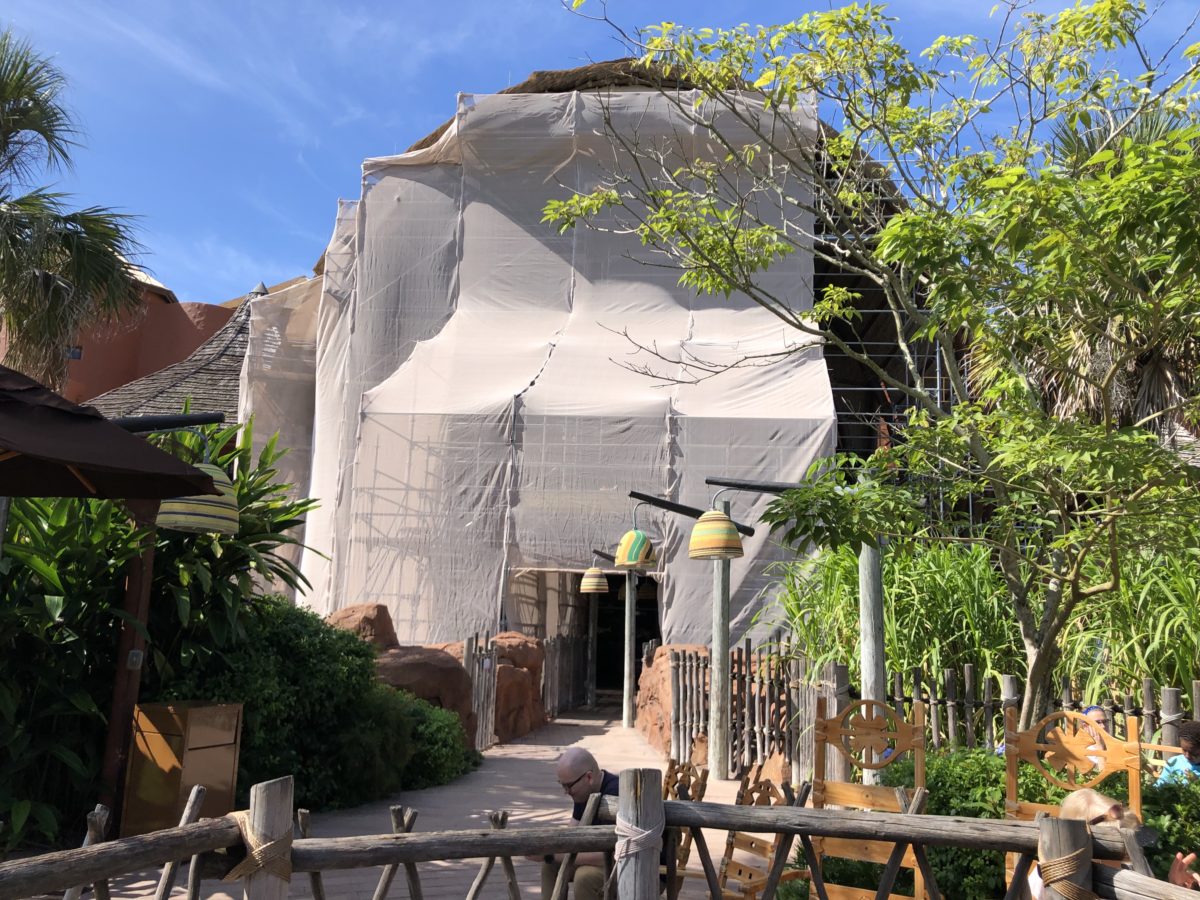 While the view of the Savanna outlook was practically untouched from the fire pit, the view behind guests was all together different. 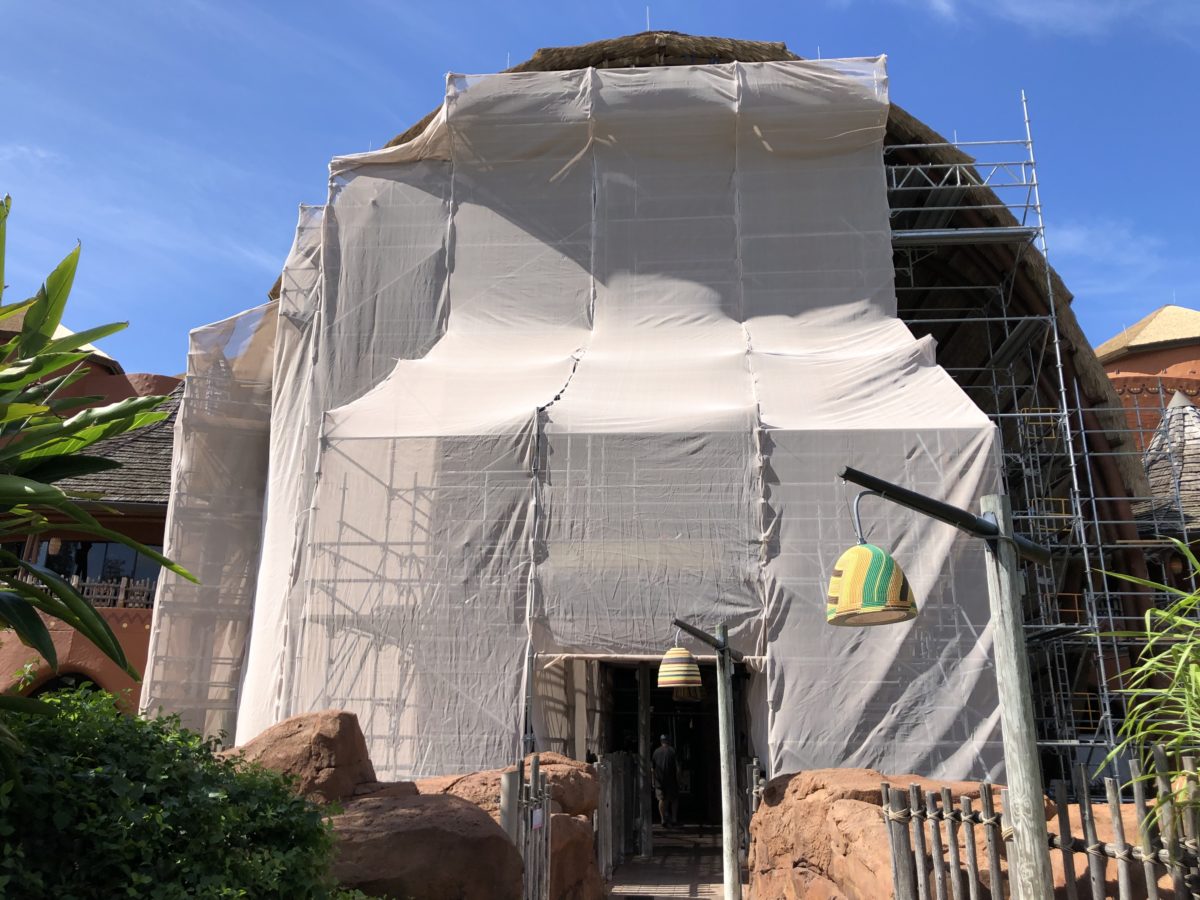 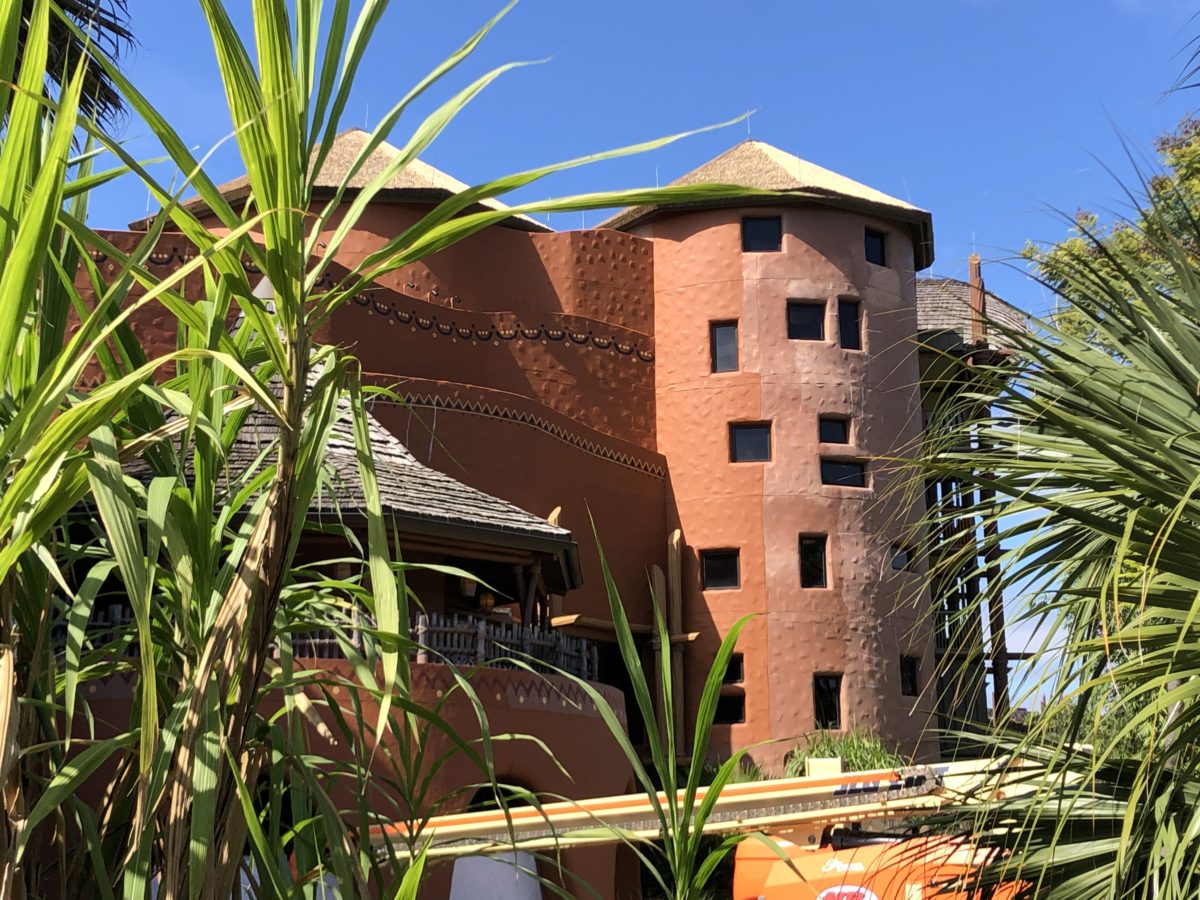 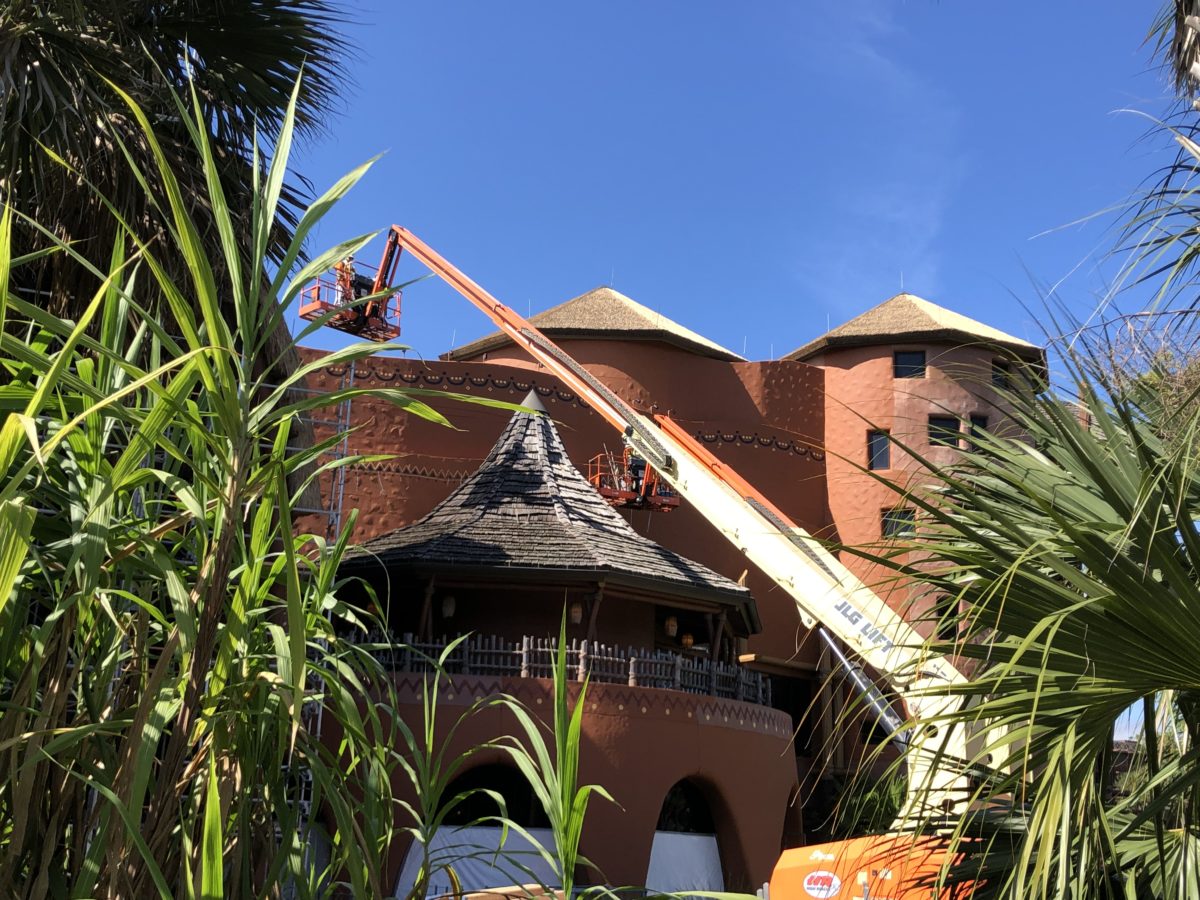 Construction workers were also working on the outside paint. You can easily see the difference between the old and new paint on the buildings. There were also a few visible white markings on the outside walls for reference points. 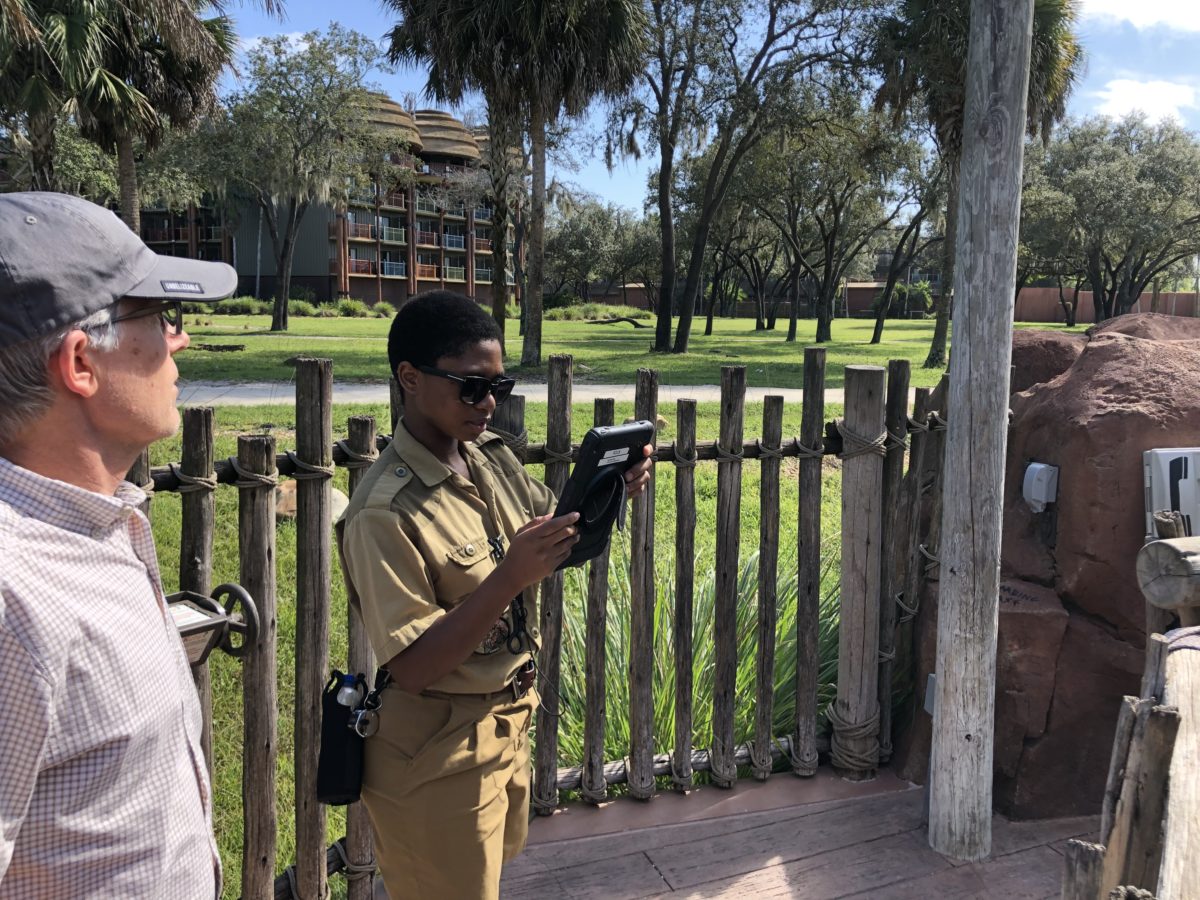 Cast Members were still on site with their tablets to help guests identify and learn about the various animals at the outlook. 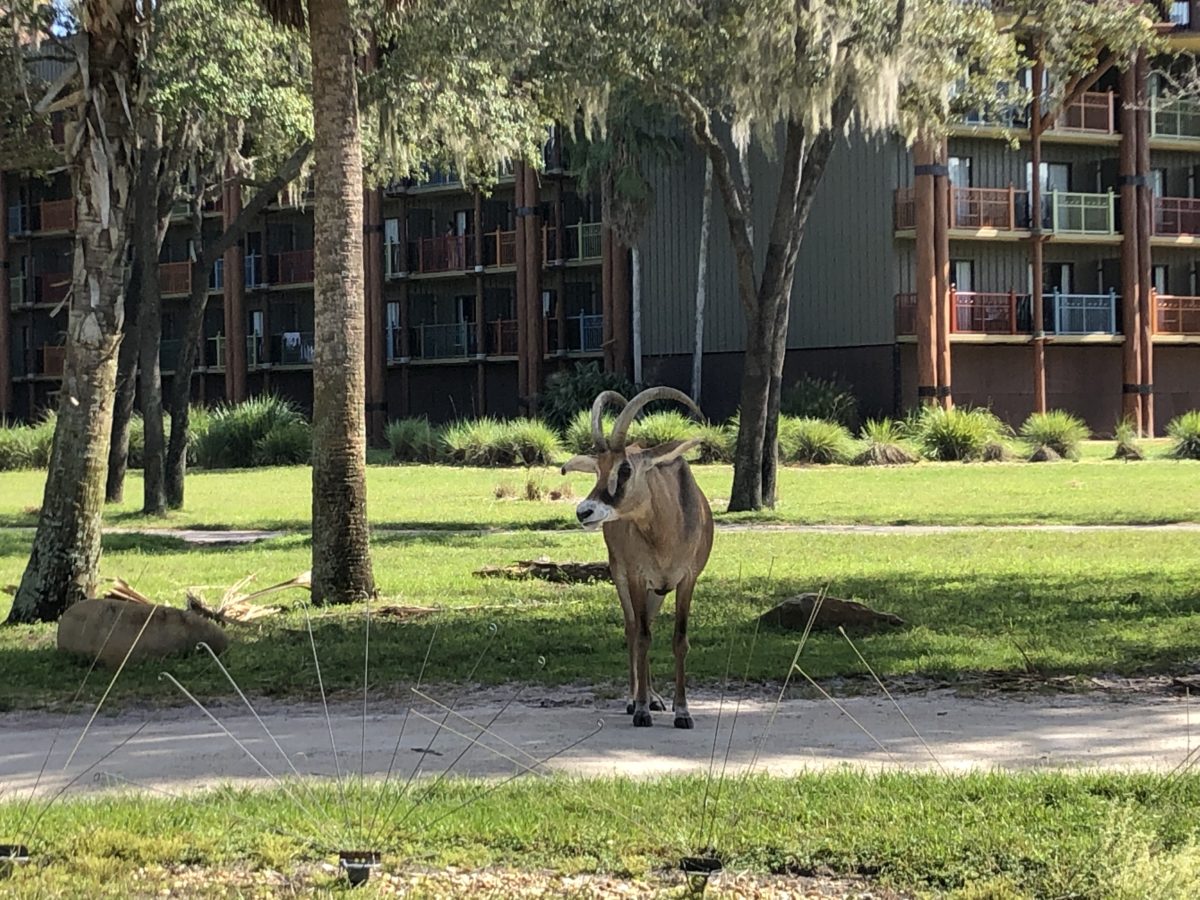 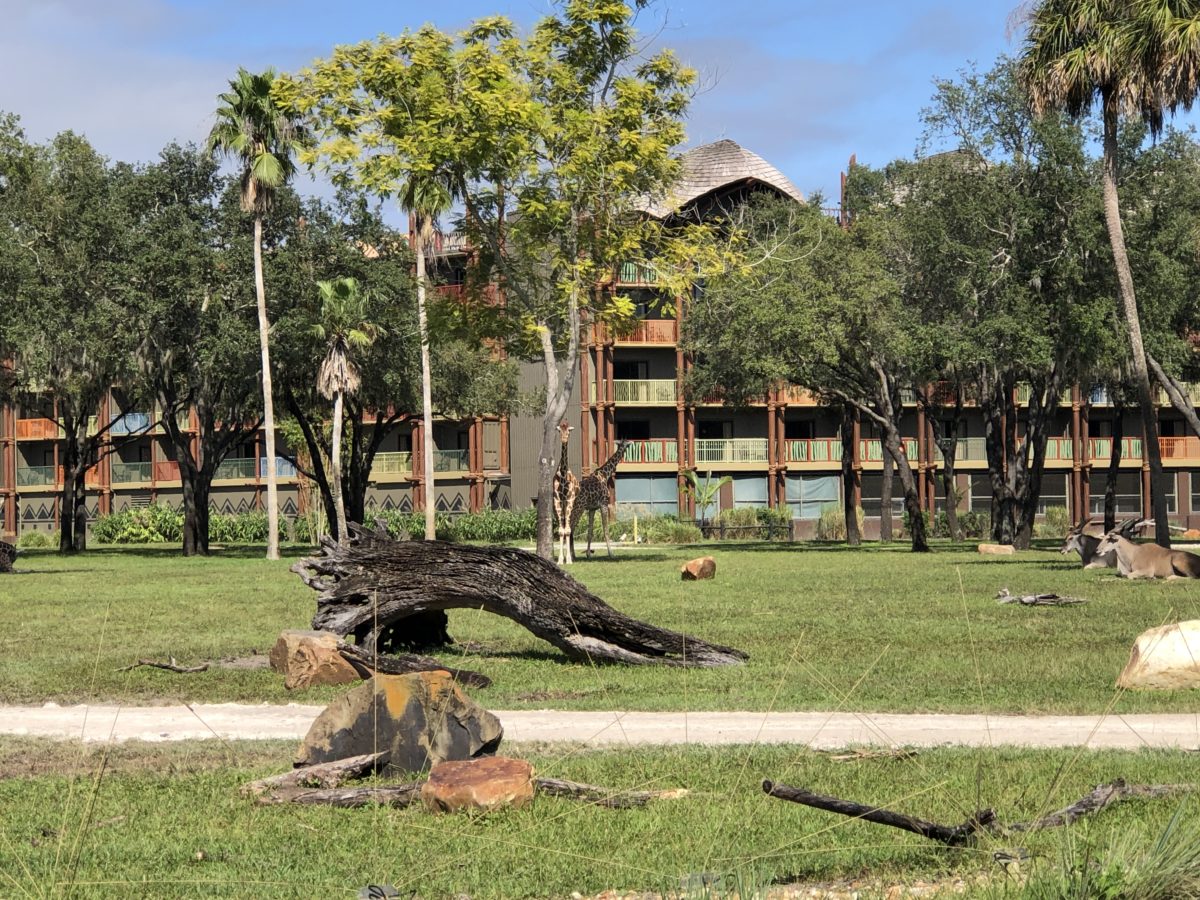 The animals of the Savanna clearly didn’t seem to mind the construction at all. 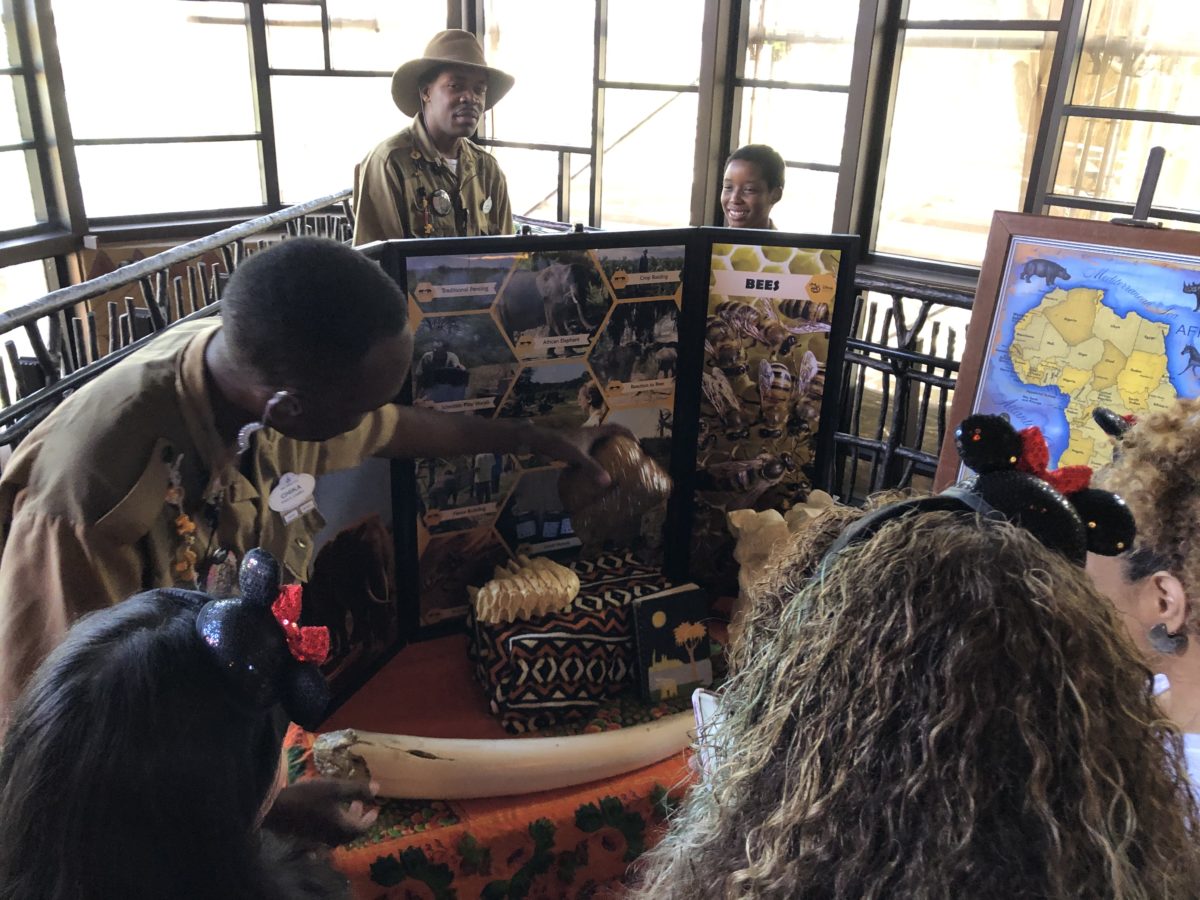 That will do it for our visit to Kidani Village. What kind of updates are you hoping to see at Kidani Village once the work is complete? Let us know in the comment section below.