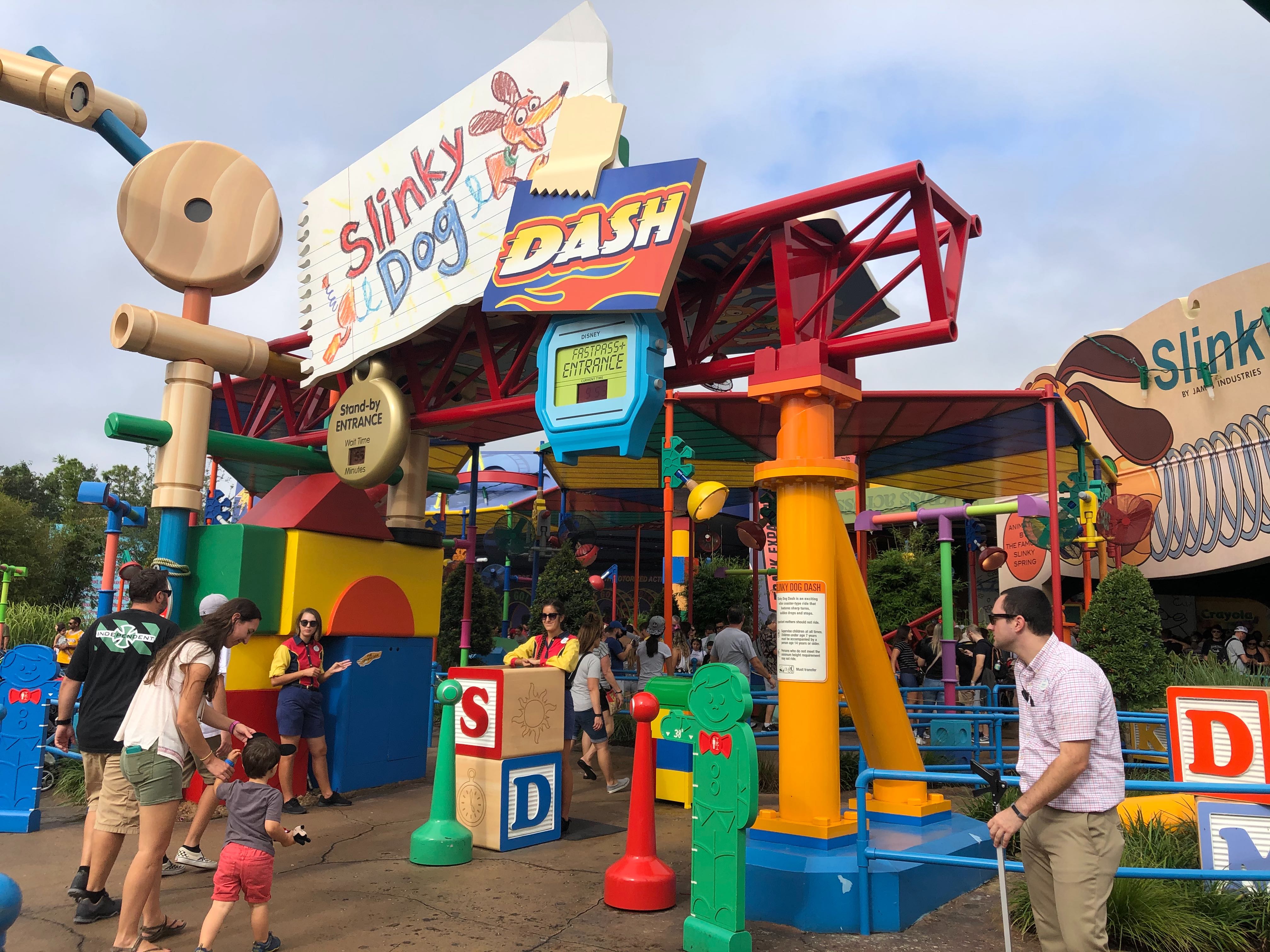 Back in September, we saw the start of a shade structure go up in the Slinky Dog Dash queue at Toy Story Land in Disney’s Hollywood Studios. This was built in response to guest feedback, mainly because the land is notorious for not having any shade. While the structure wasn’t fully completed when it debuted, it now fully slinks over to the entrance of the attraction, with new K’nex light fixtures now revealed from beneath their tarps. 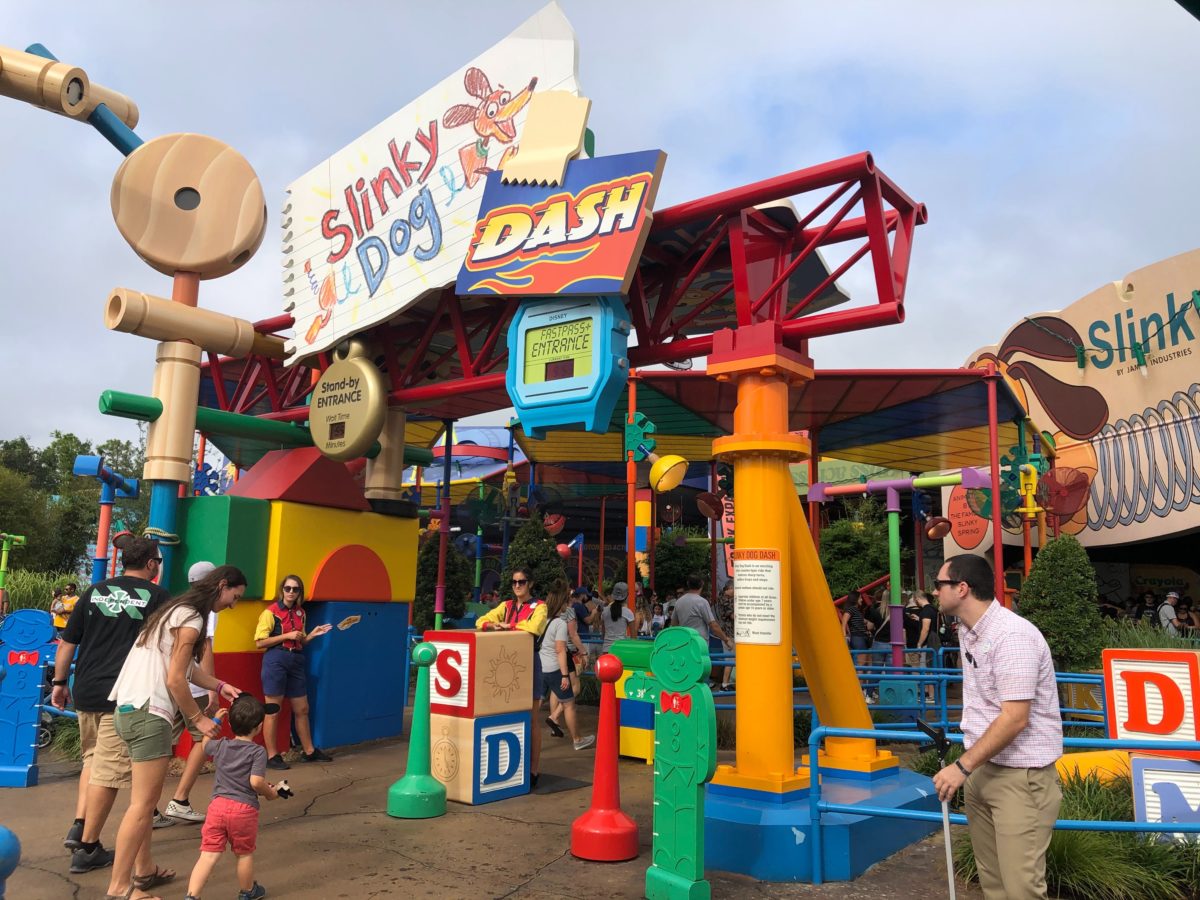 The covered queue and shade structure now extends over to the entrance of the attraction and down over through the stand-by queue and the FastPass+ queue. 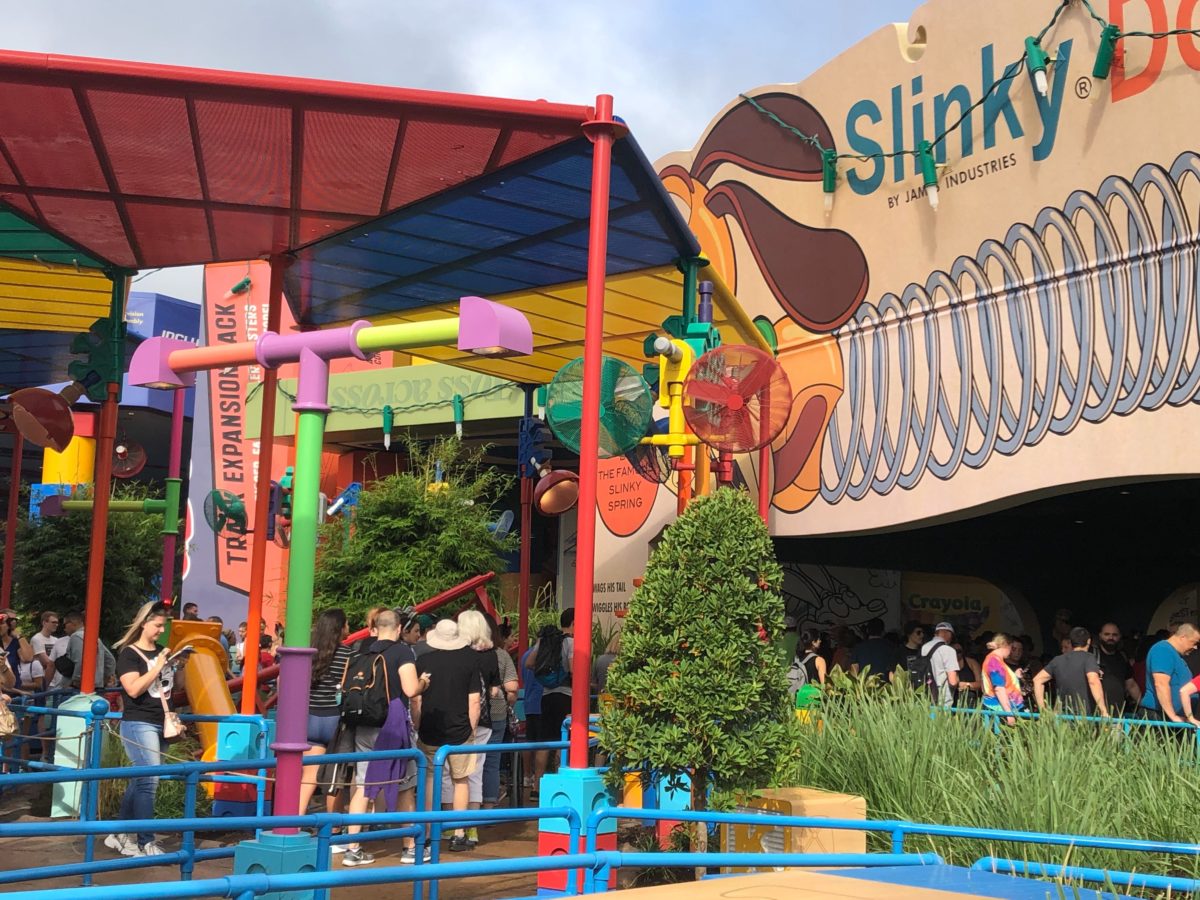 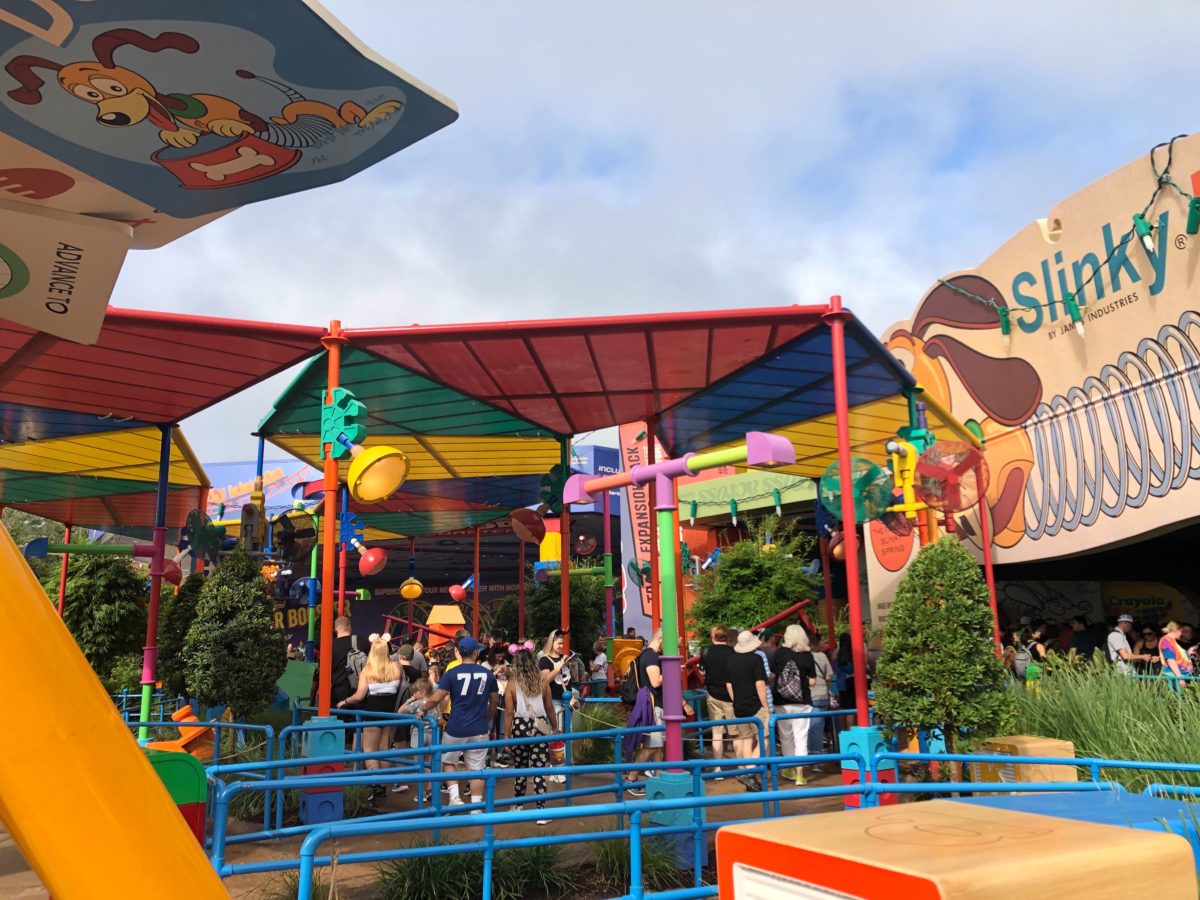 There’s still some uncovered space in certain areas where the pieces snake around, but it’s still much more cover than was offered here before. 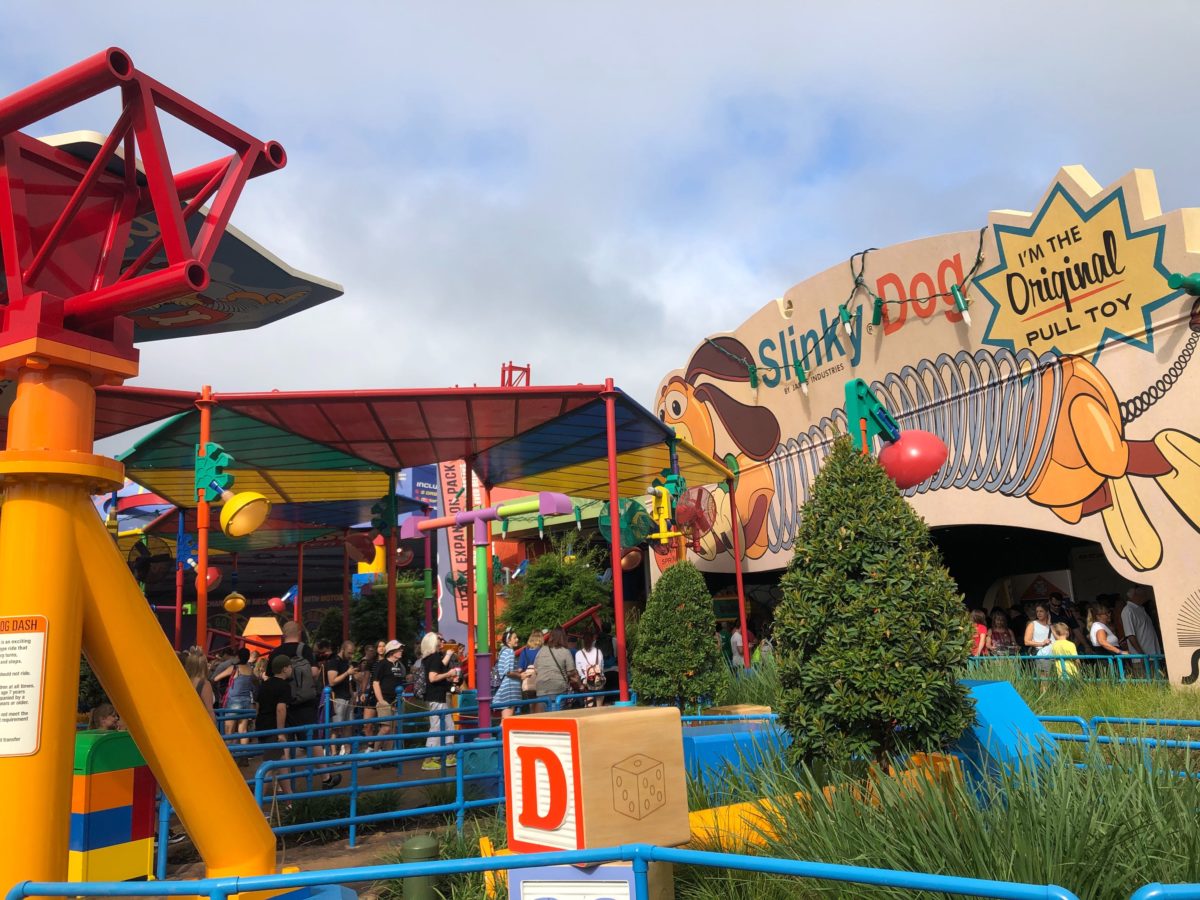 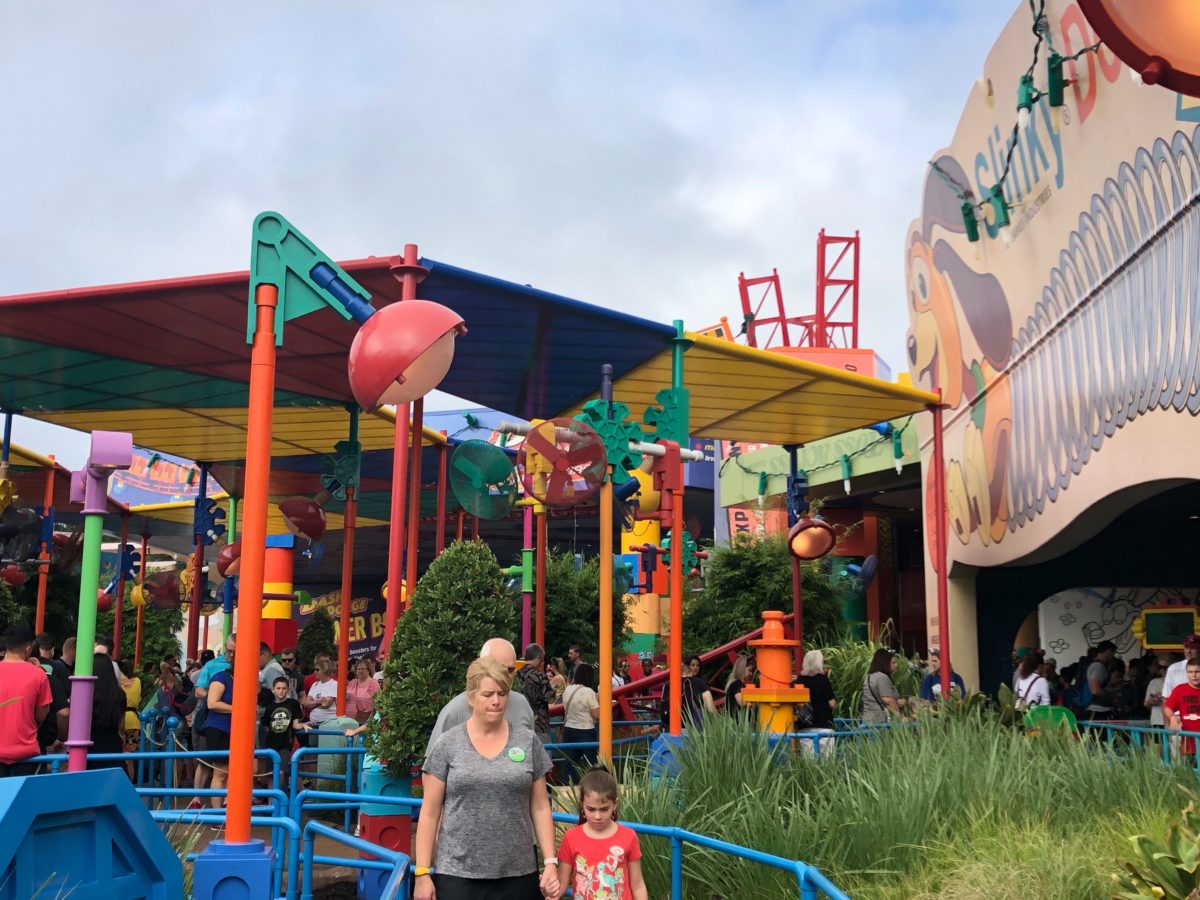 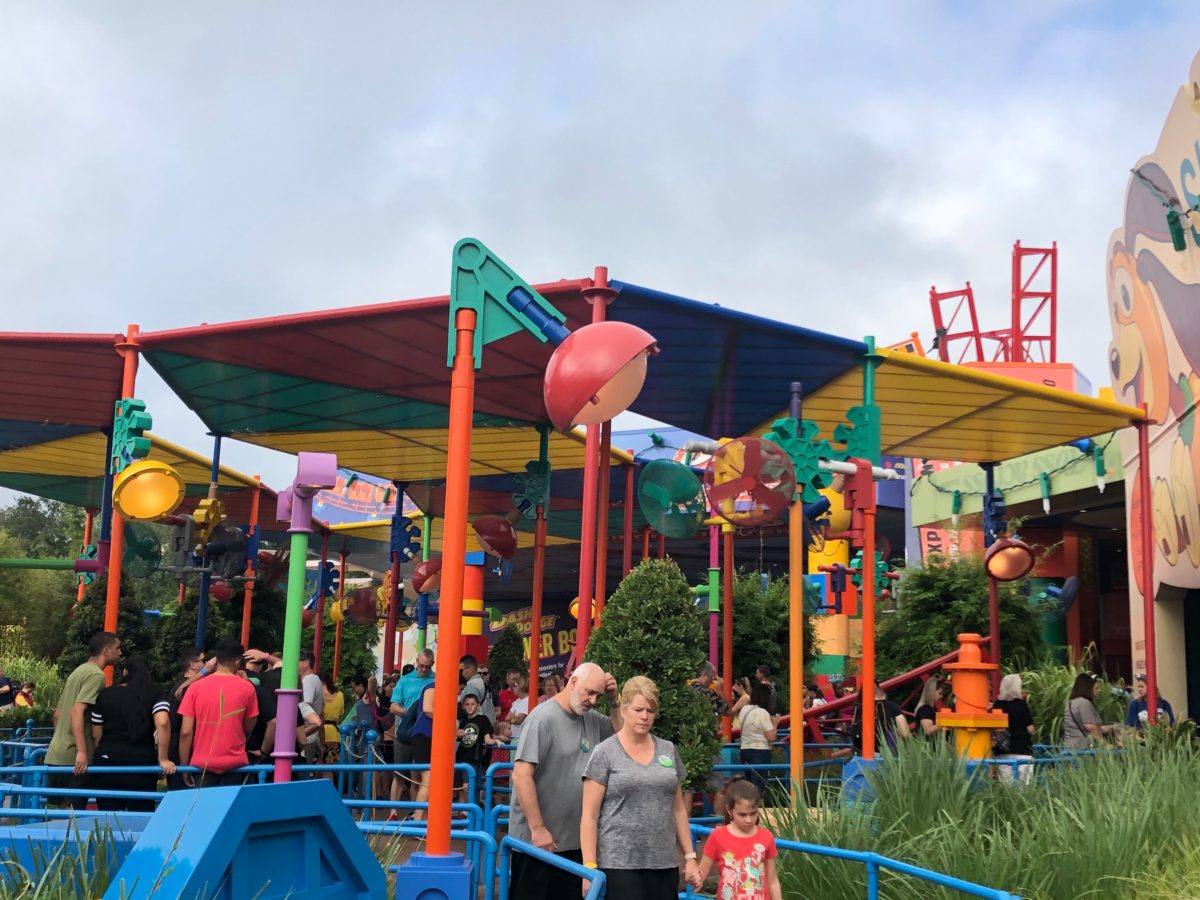 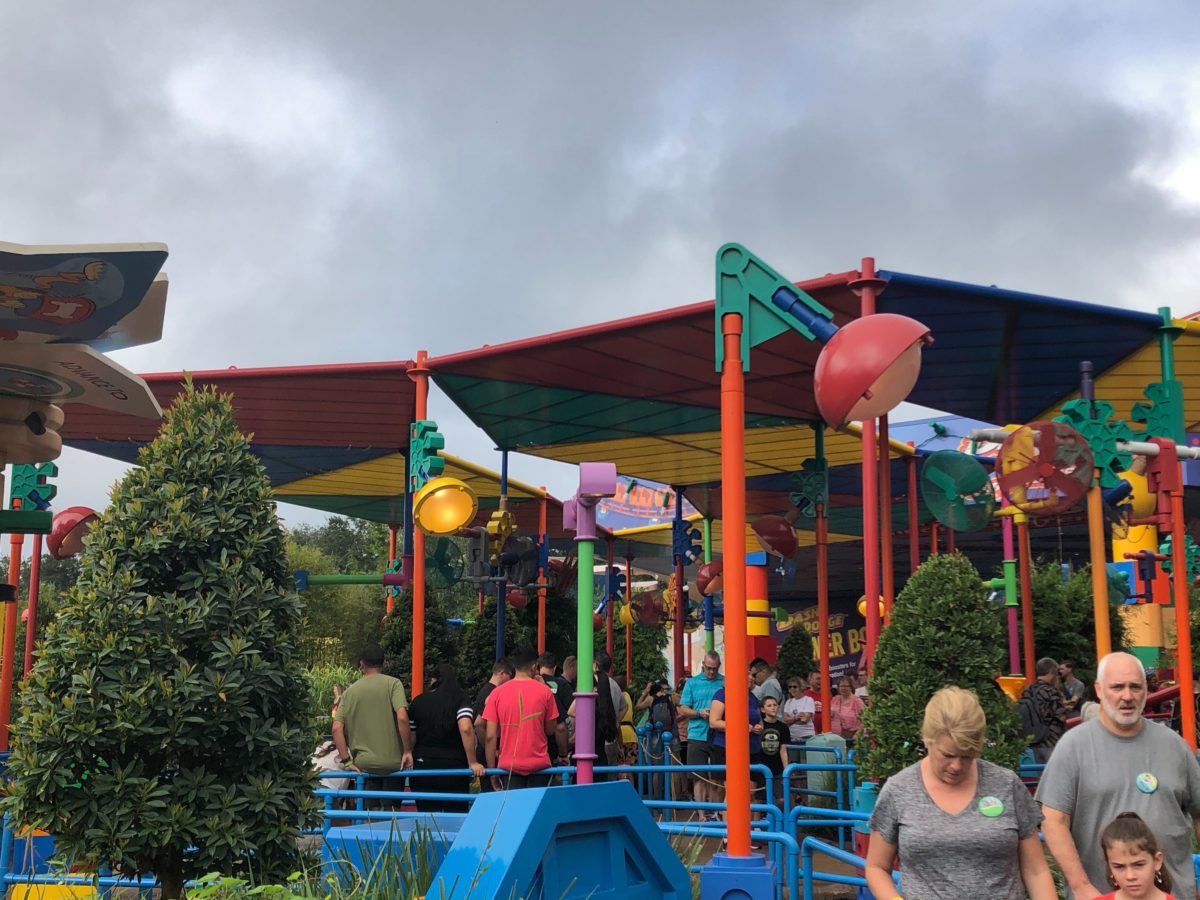 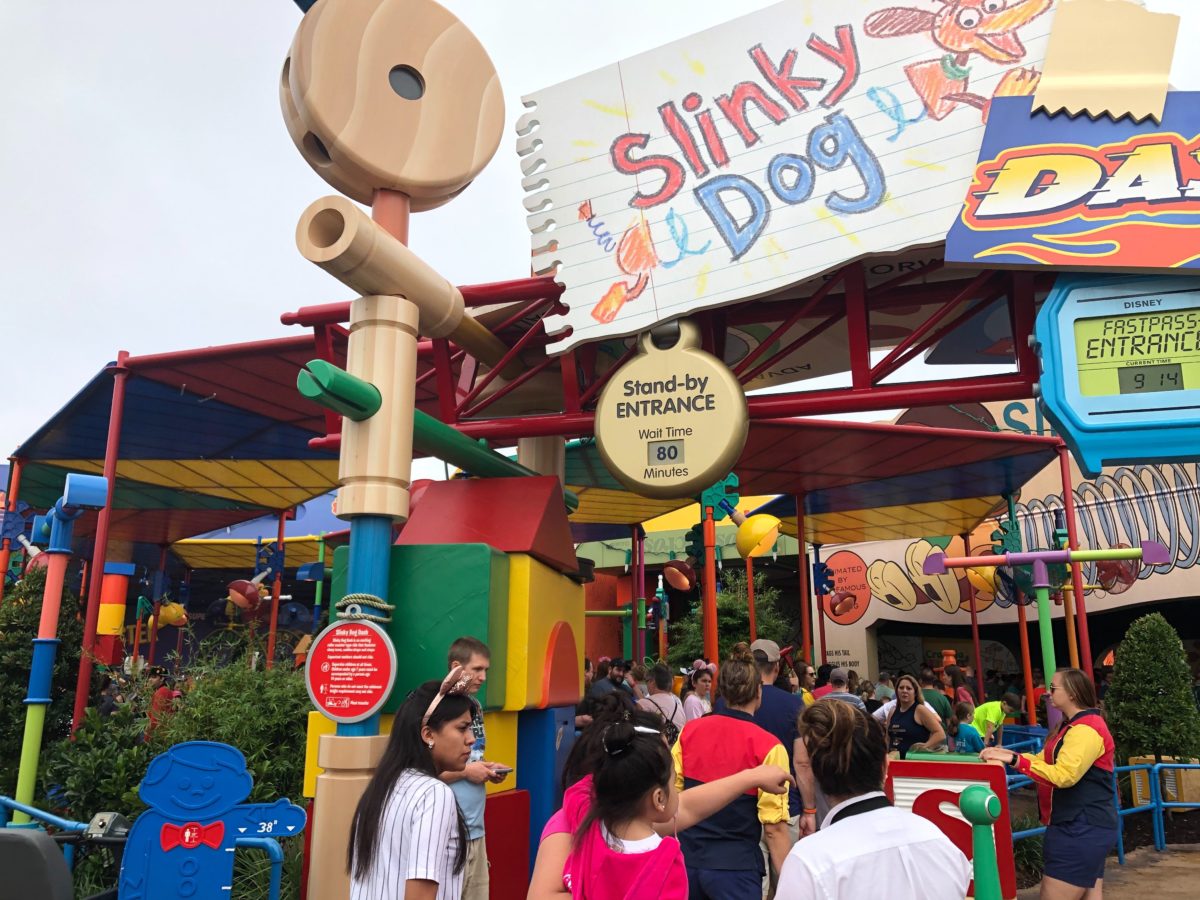 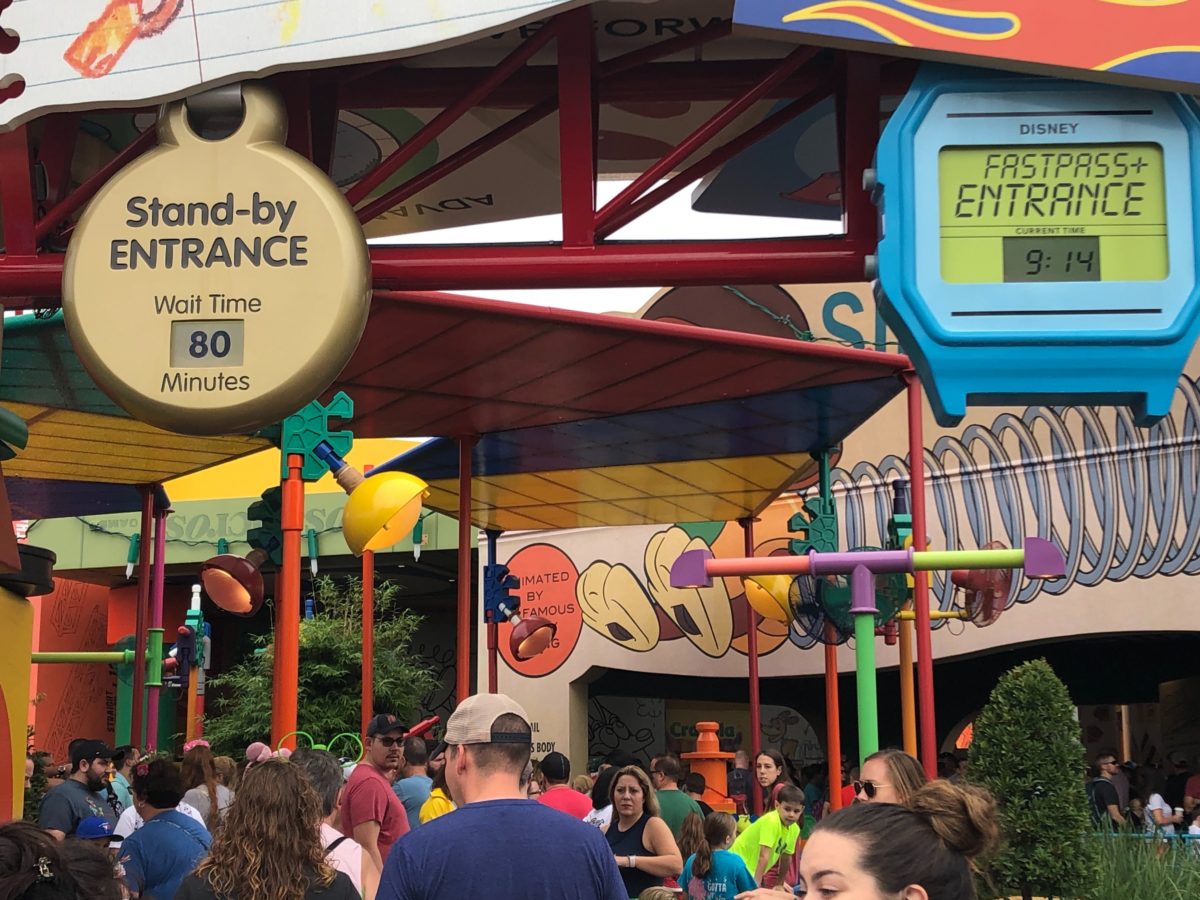 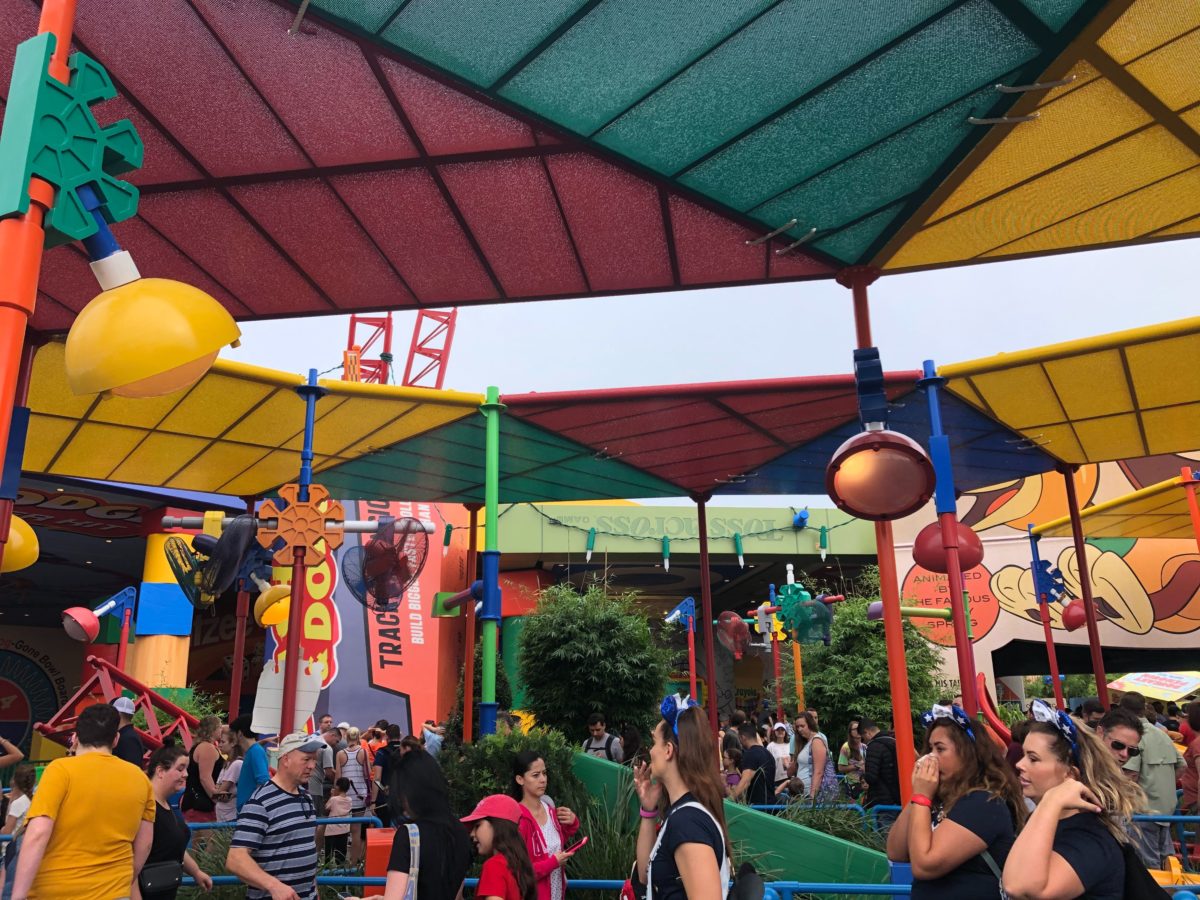 The new lamps and themed K’nex pieces have since been revealed. They were still covered up back when the shade structure first appeared. 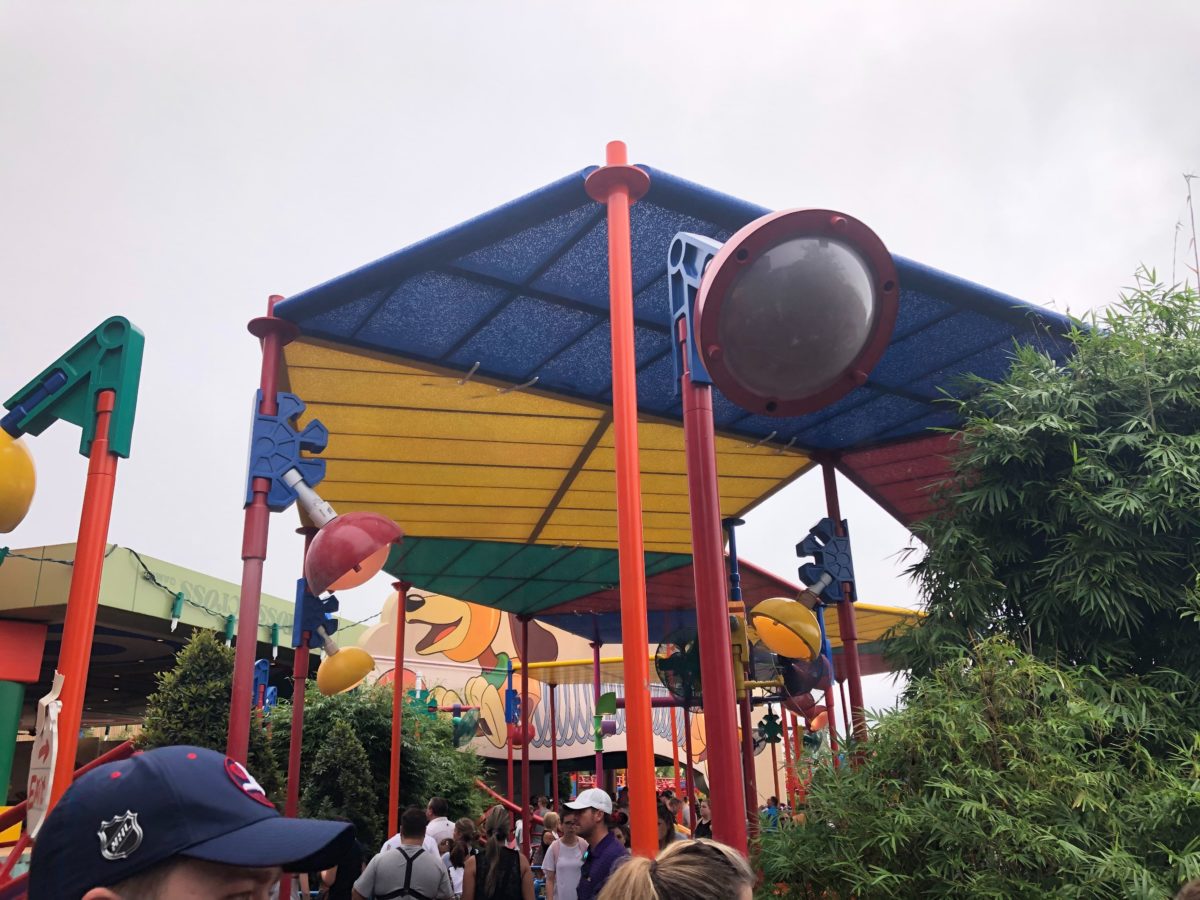 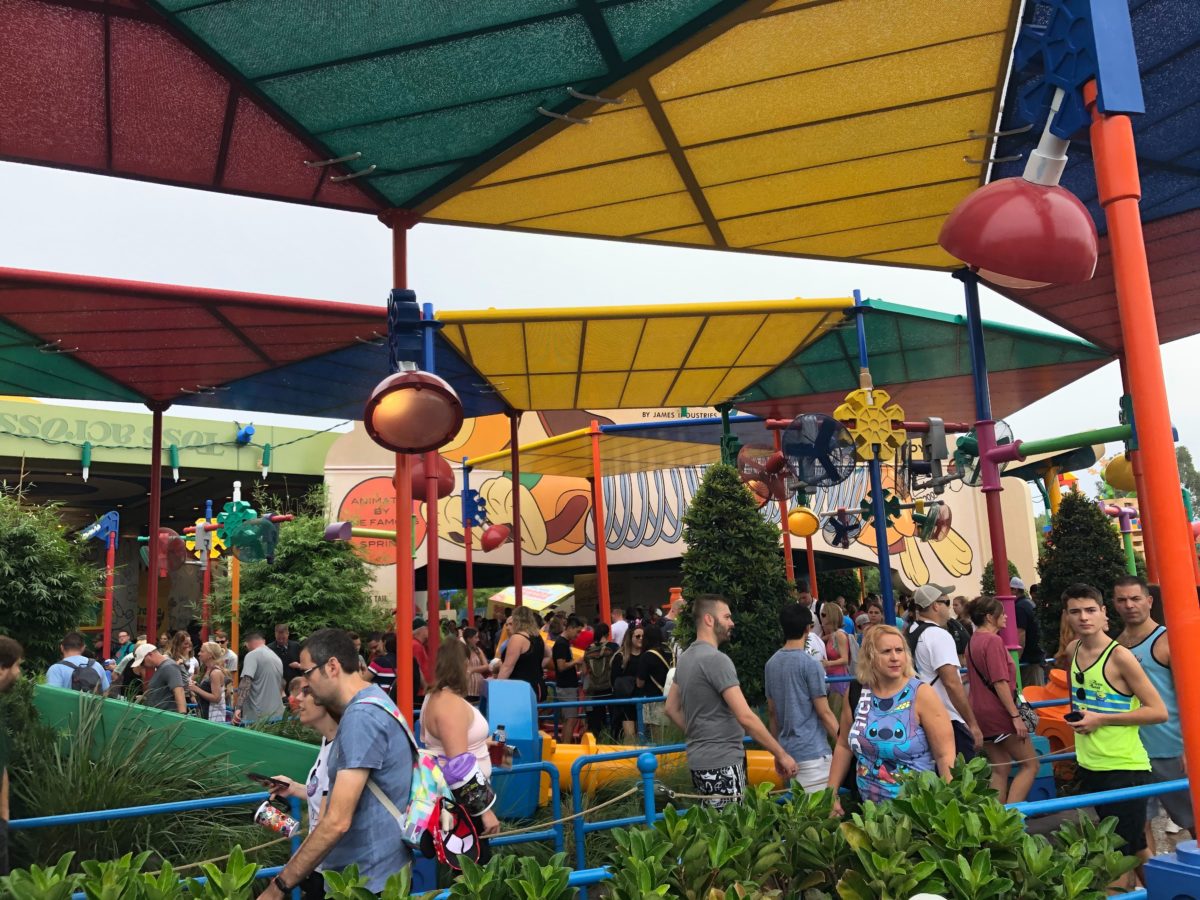 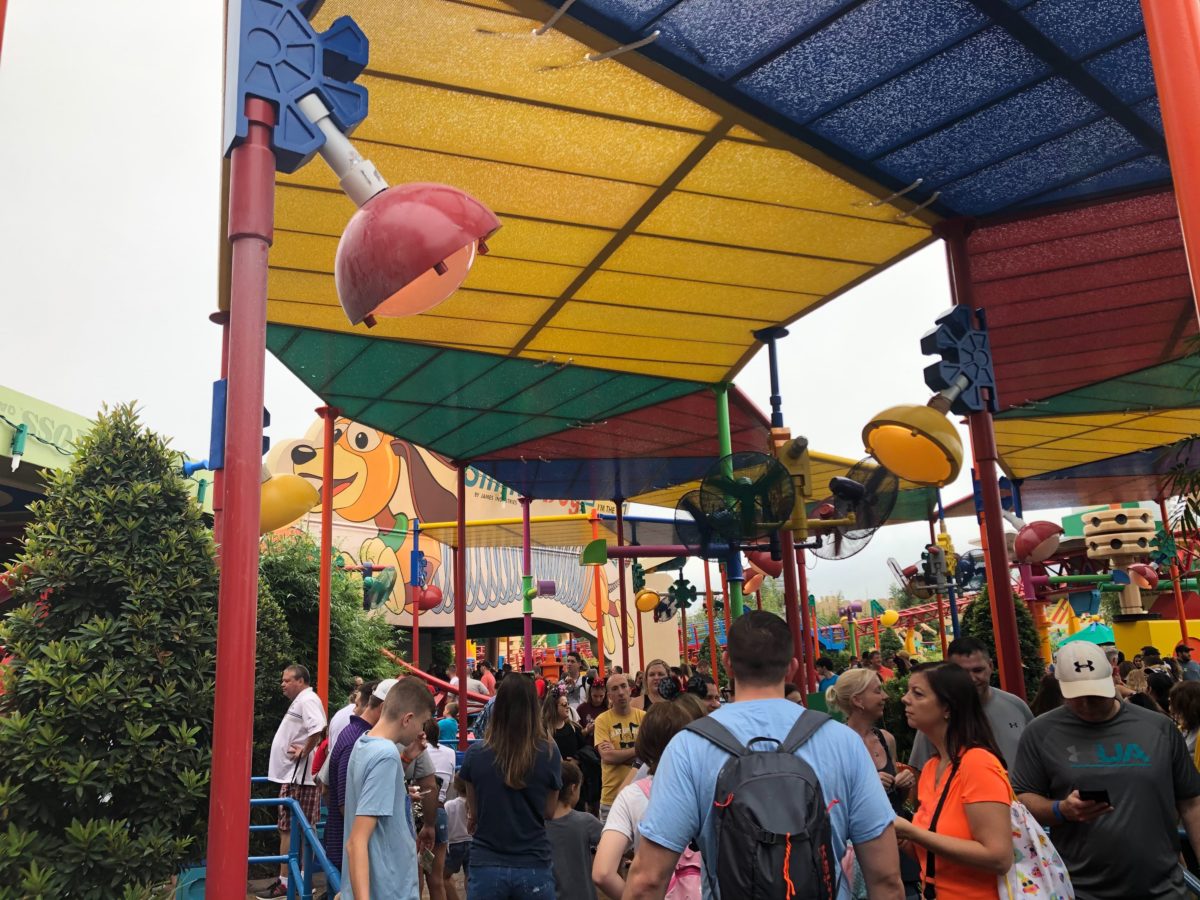 The exposed zip-ties aren’t the best look for the structure. Hopefully these are covered or replaced with some kind of rope or material. 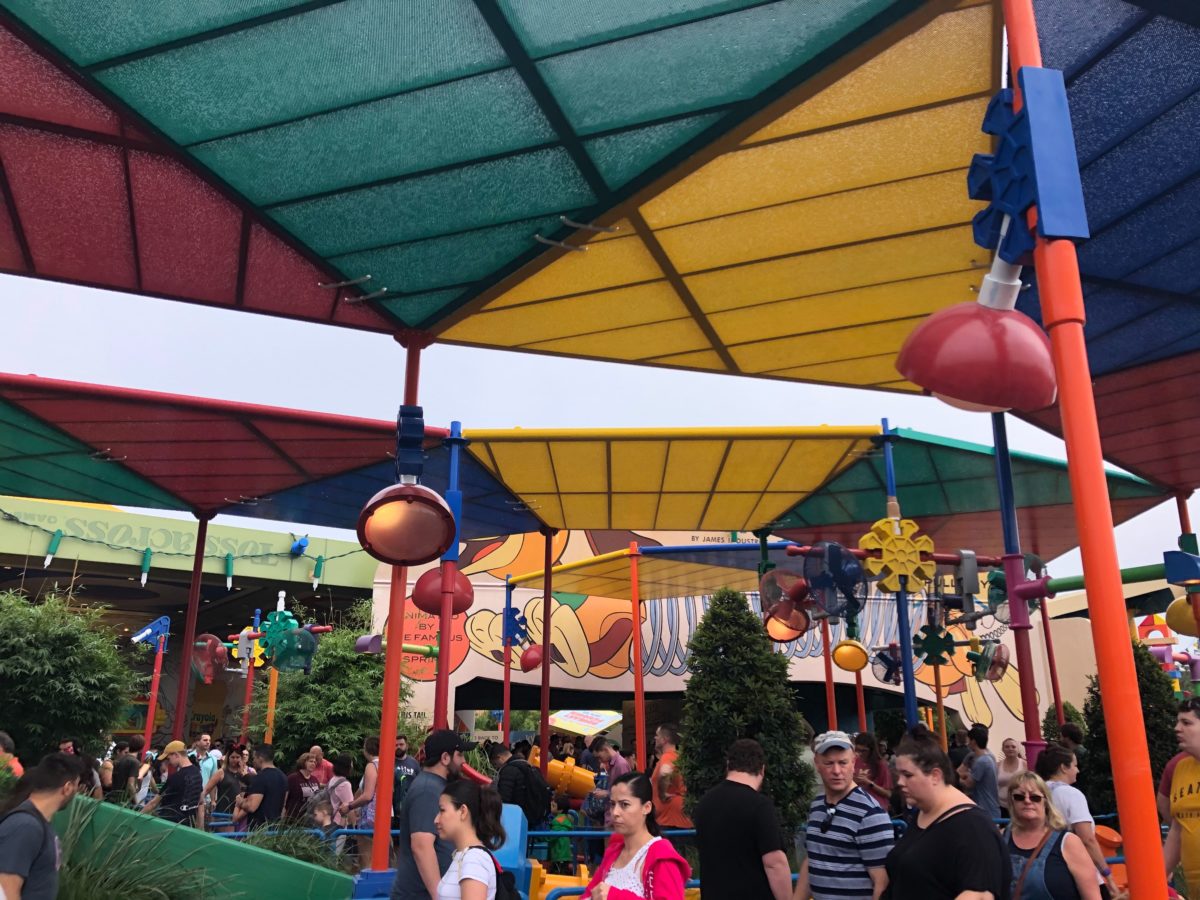 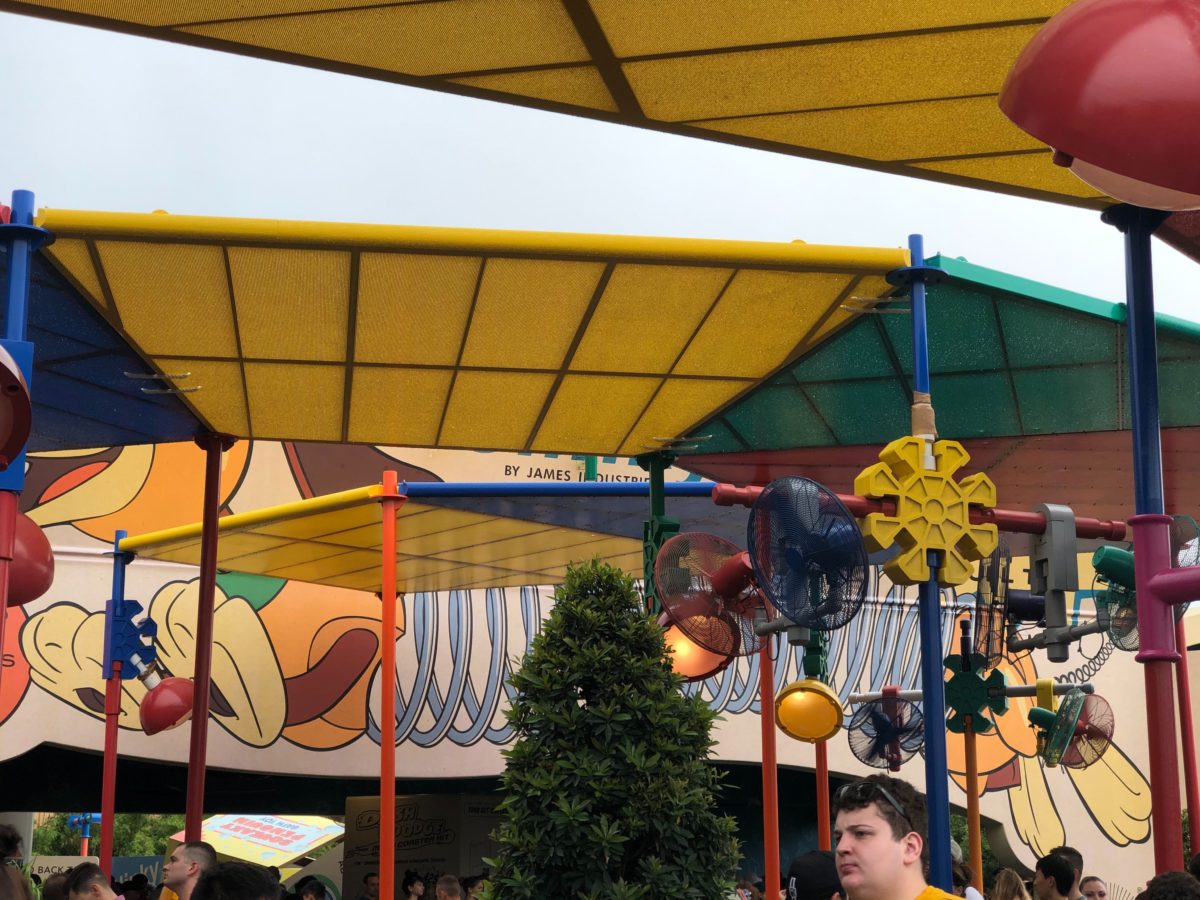 There are still some K’nex pieces covered over on this side.

While these semi-opaque covers will offer guests some respite from the sun, the exterior queue is still fairly exposed to the elements and will not offer cover from rain, especially the typical Florida sideways rain. In any case, it’s always a good sign that they are continuously improving the relatively new land, especially in light of the upcoming new Roundup Rodeo BBQ restaurant, which is likely to draw even more crowds to the area.