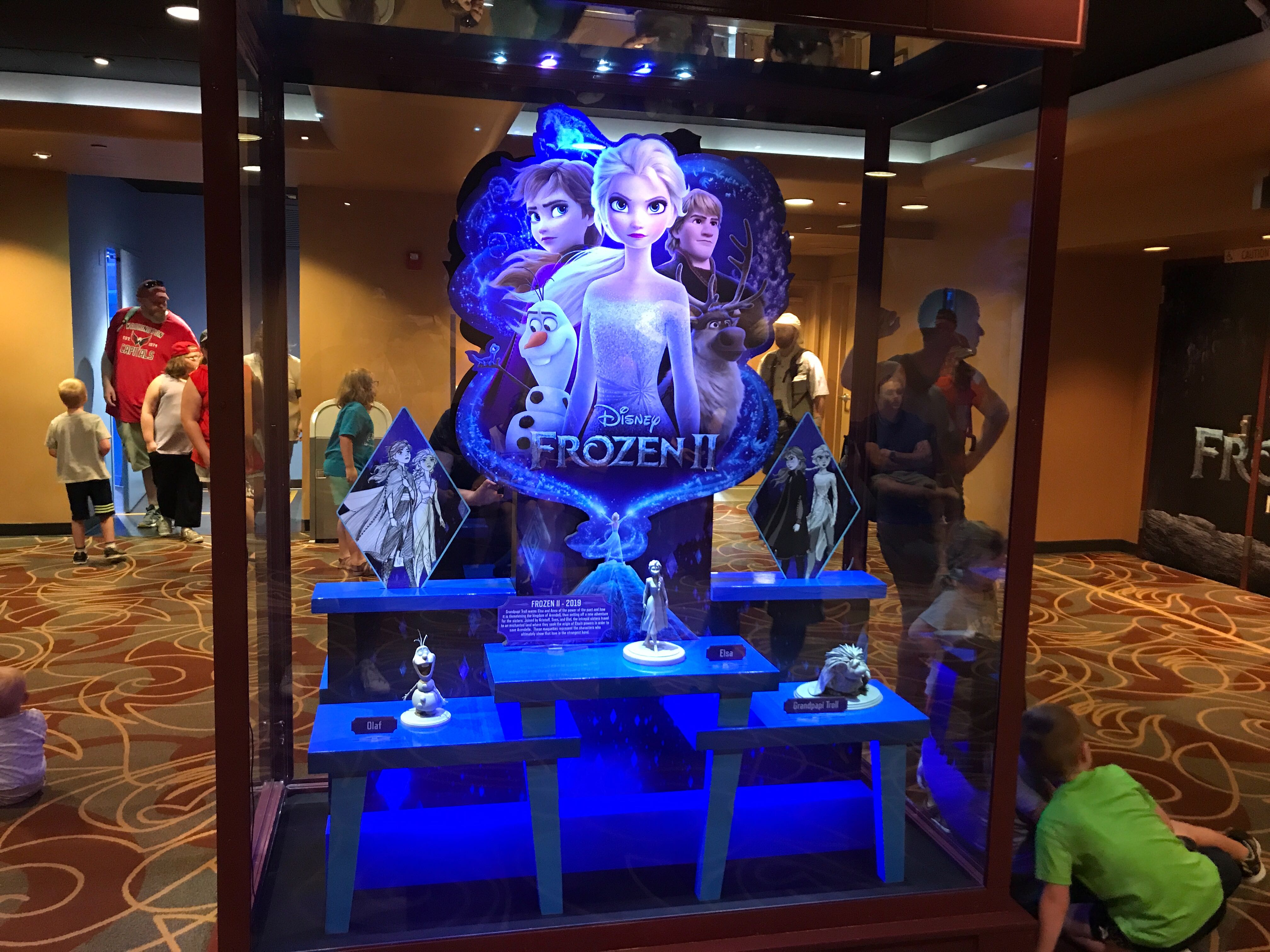 For a limited time this Fall, guests visiting Disney Parks and sailing with Disney Cruise Line will get an early glimpse of scenes from Frozen 2. We stopped in to Disney’s Hollywood Studios today to check out the preview as well as the new displays that are out to promote the sequel. 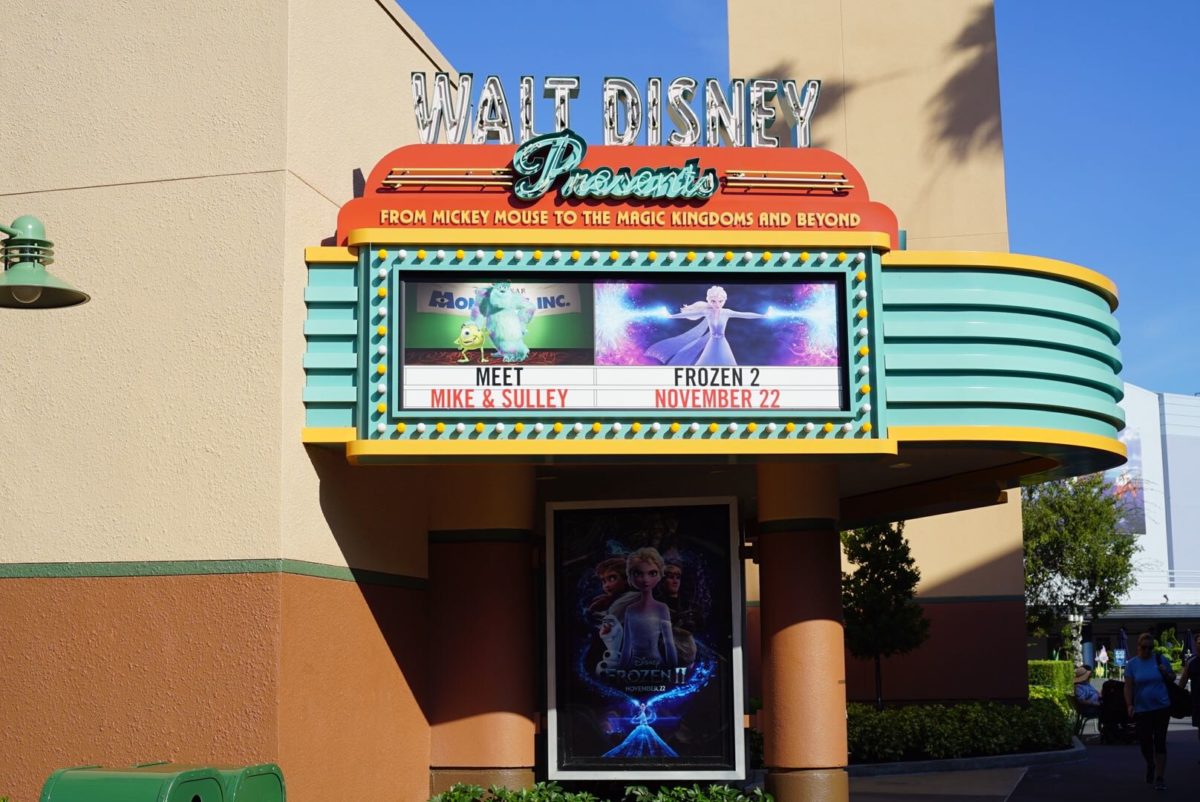 Frozen 2 premieres on November 22, but Walt Disney Presents is already decked out in banners and posters. The movie is advertised on the entrance marquee as well. 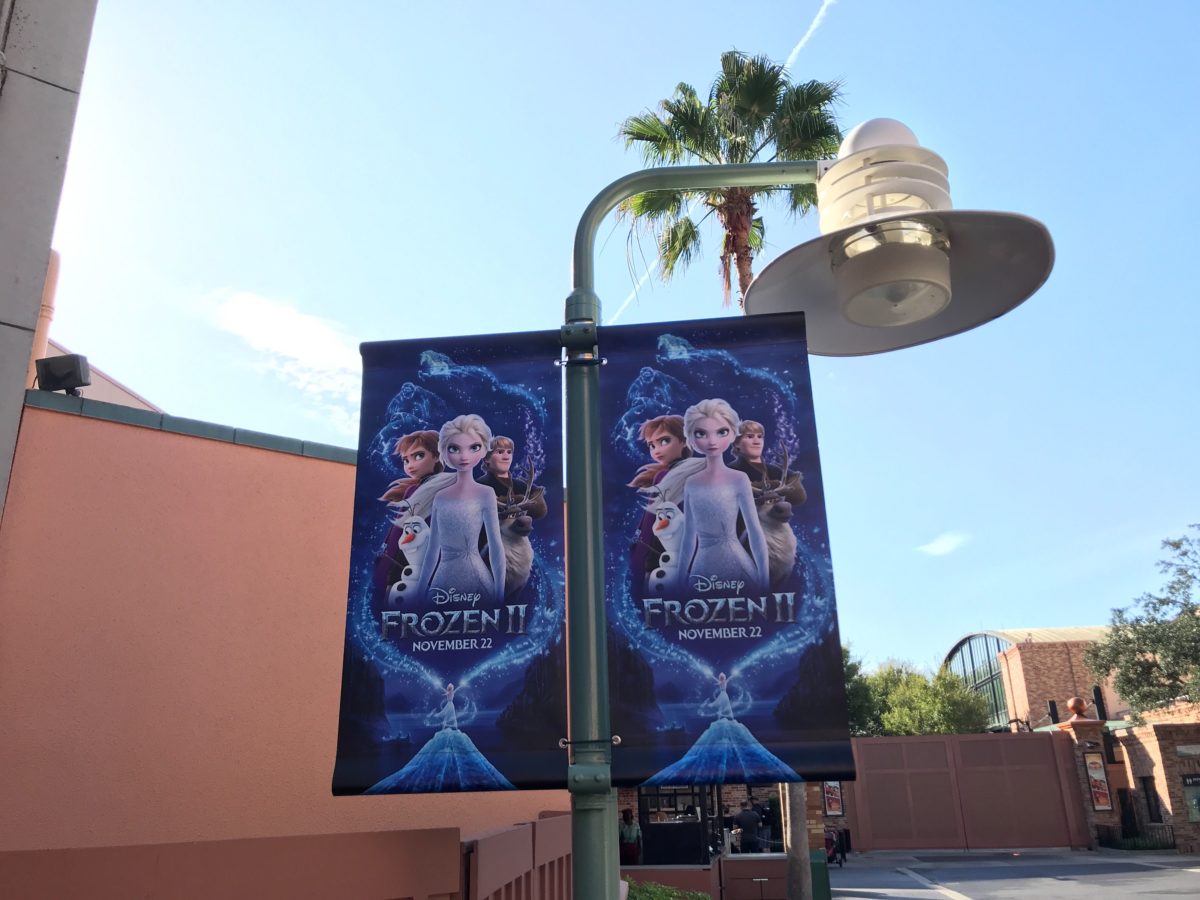 It’ll be interesting to see whether the Frozen Sing-Along show at the park gets new songs or scenes as part of the new movie. 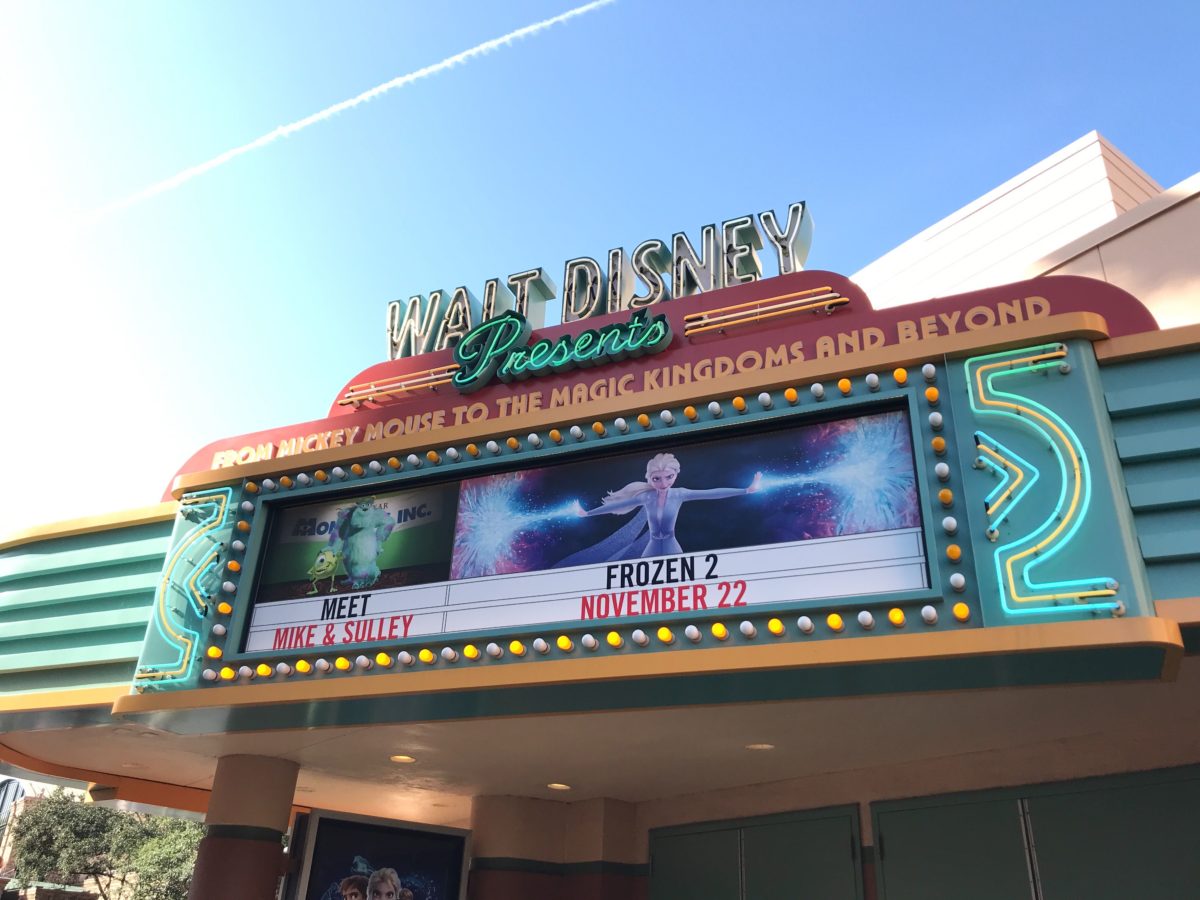 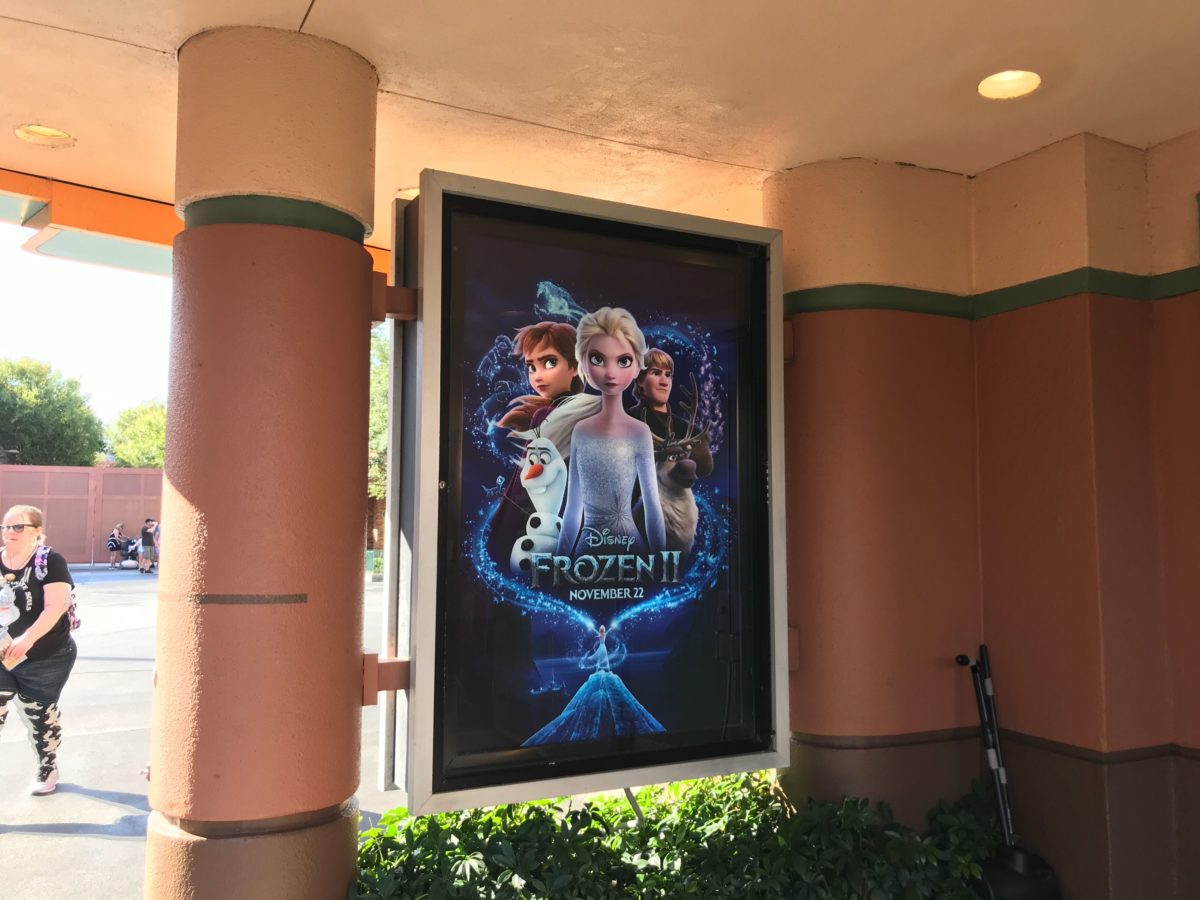 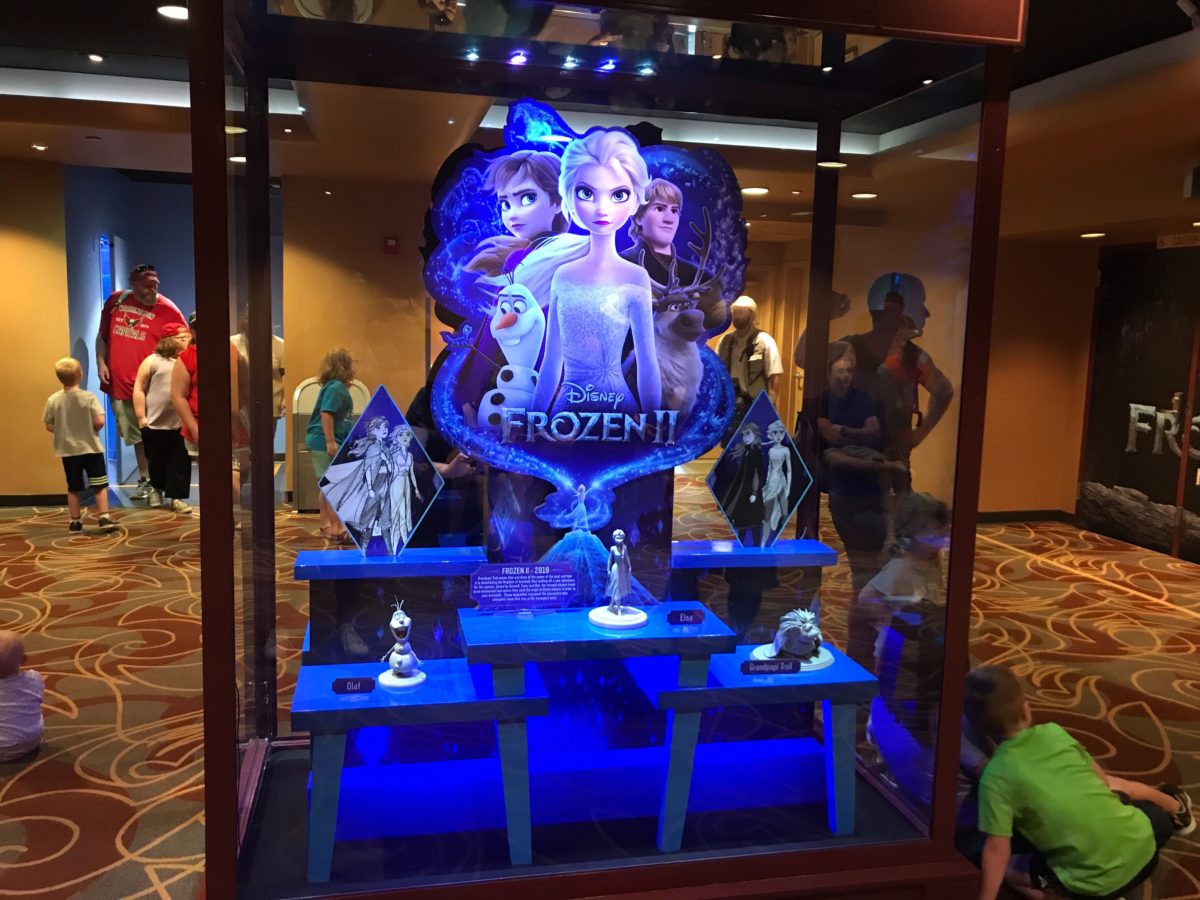 Currently, only one display case is up. (Remember when there’d be at least two for each premiere?) 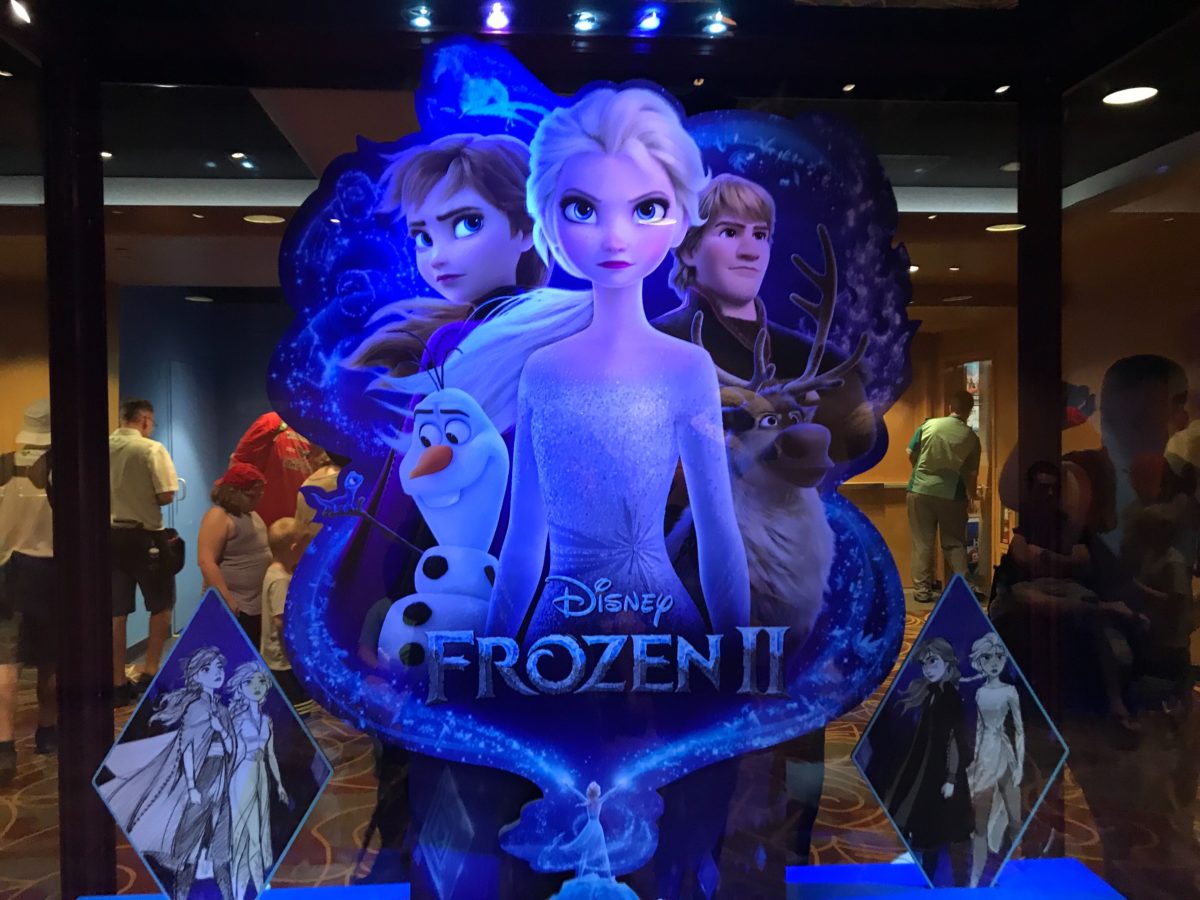 The display features a stunning printed cutout version of the poster, with early character sketches for the sisters’ new look as seen in the movie. 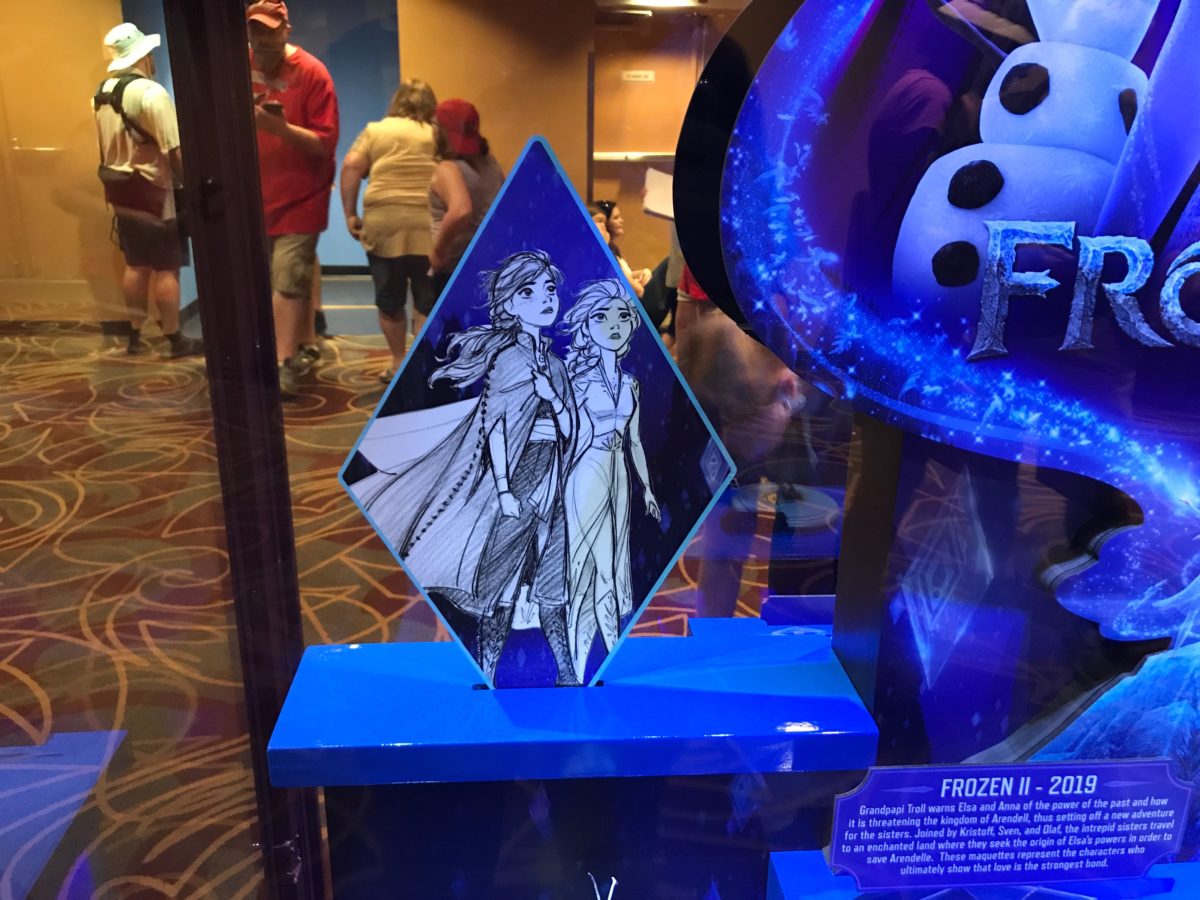 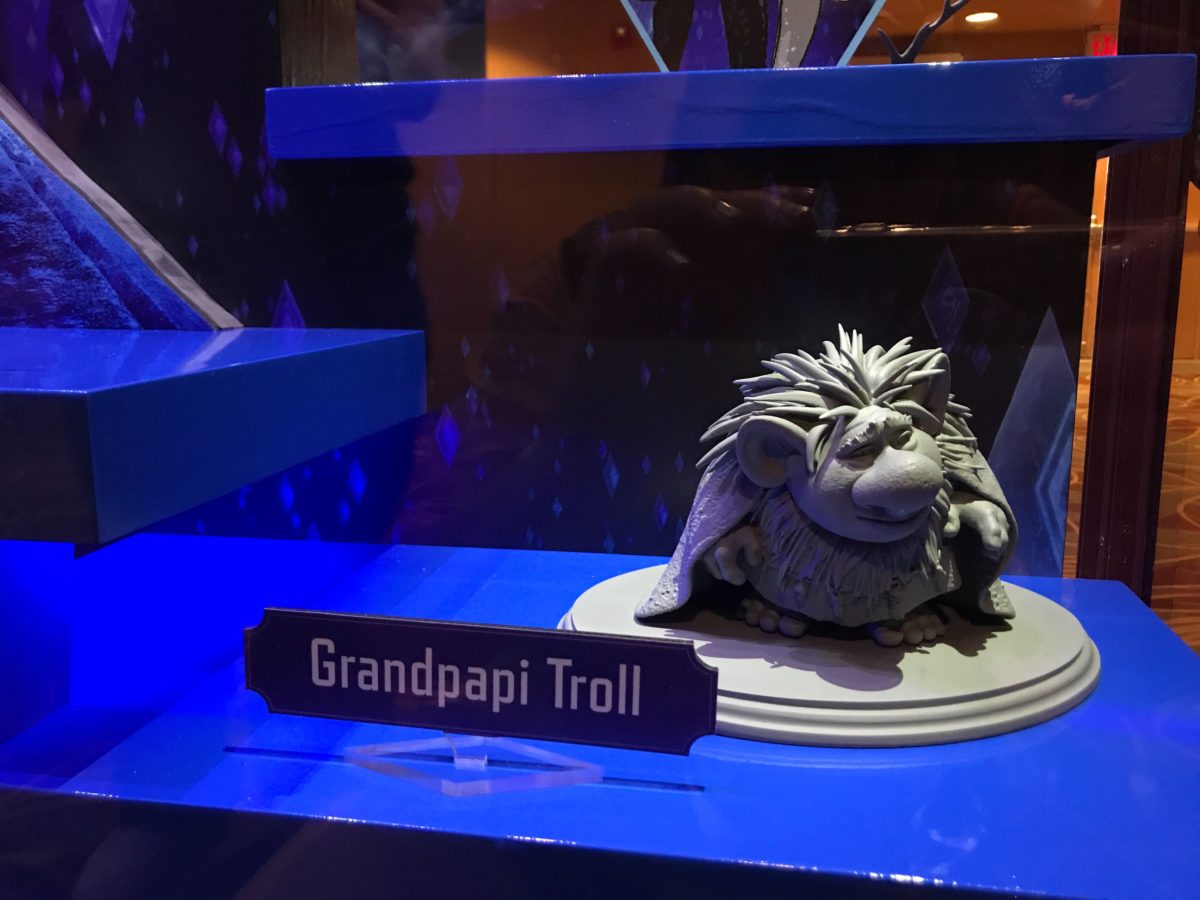 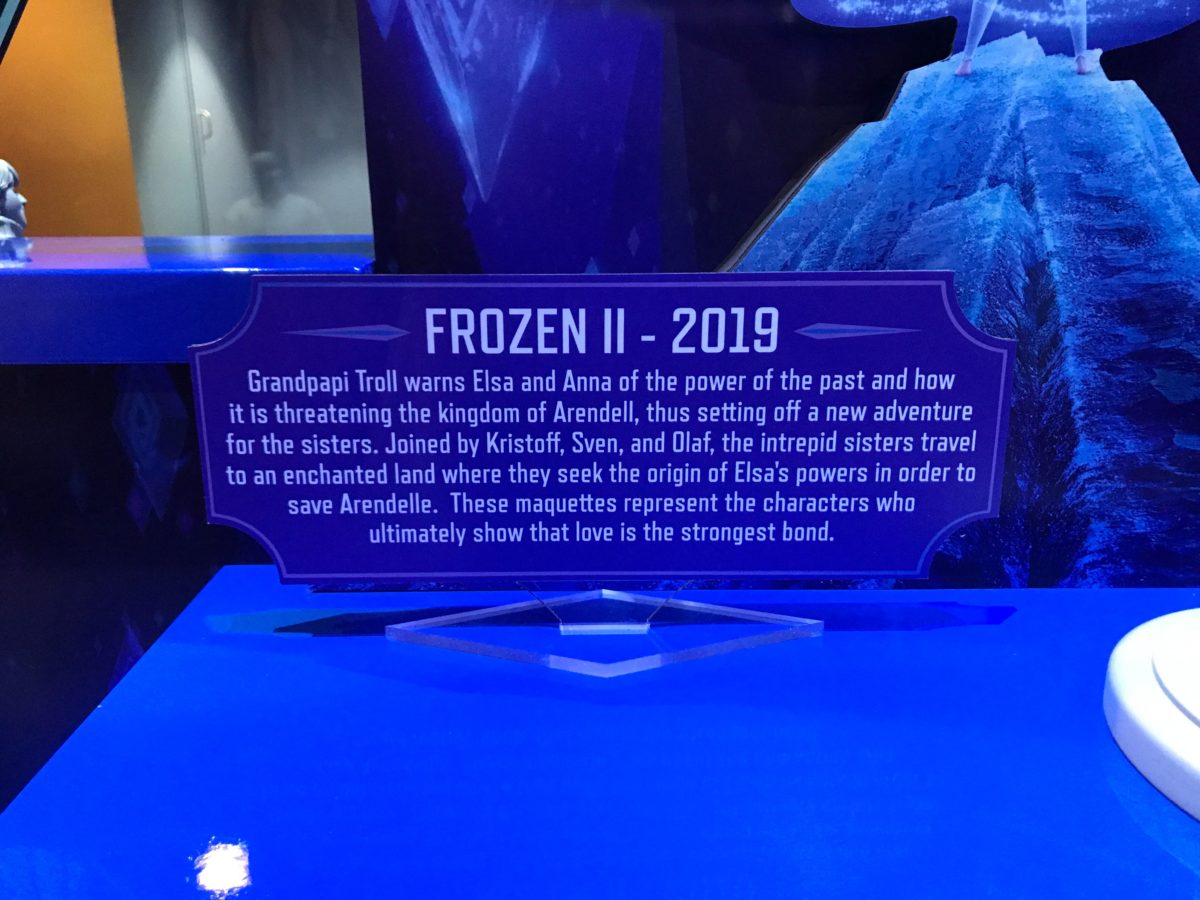 While live-action films usually get costume displays here, since it’s a computer animated film, we get a look at these cool character maquettes, which allow animators to visualize and test scenes with characters. They’re also used as reference during character design. Here we see Grandpapi Troll. 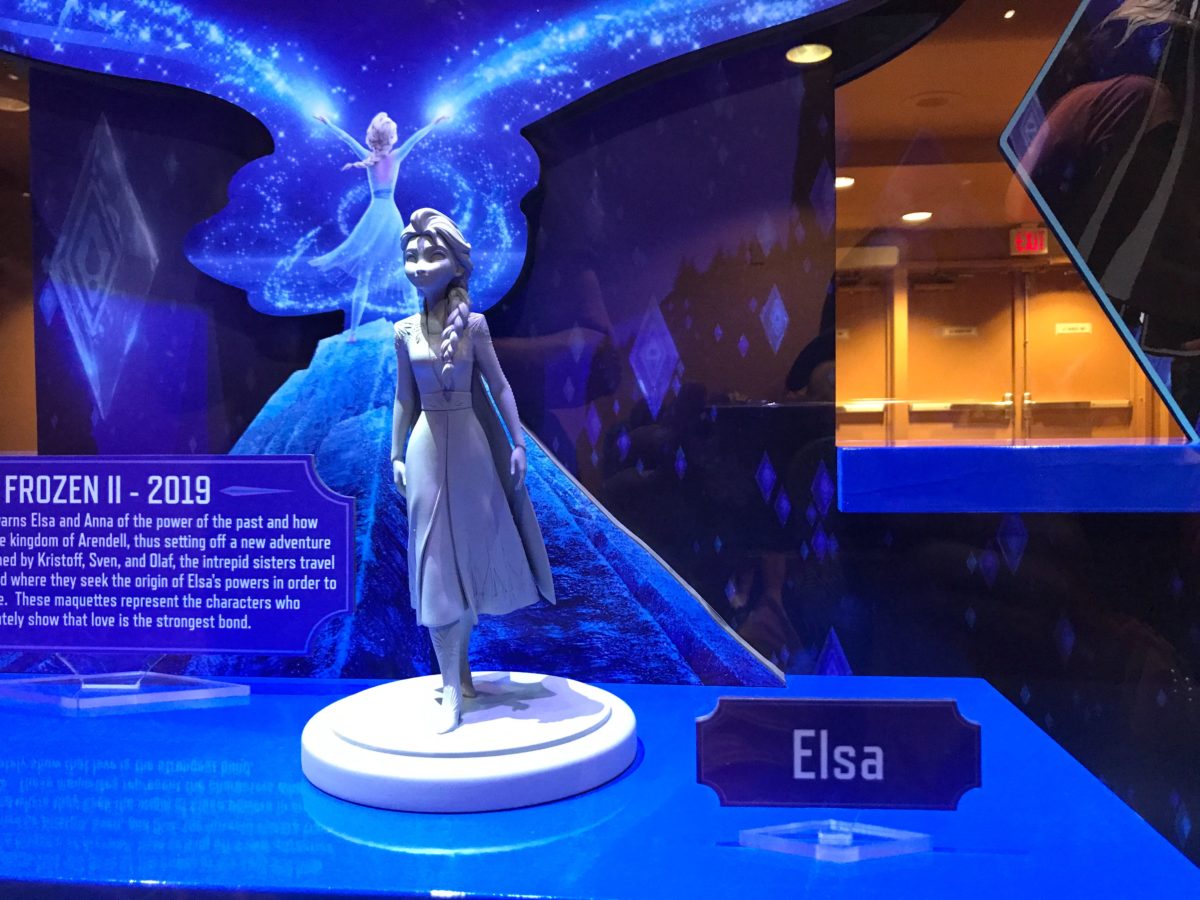 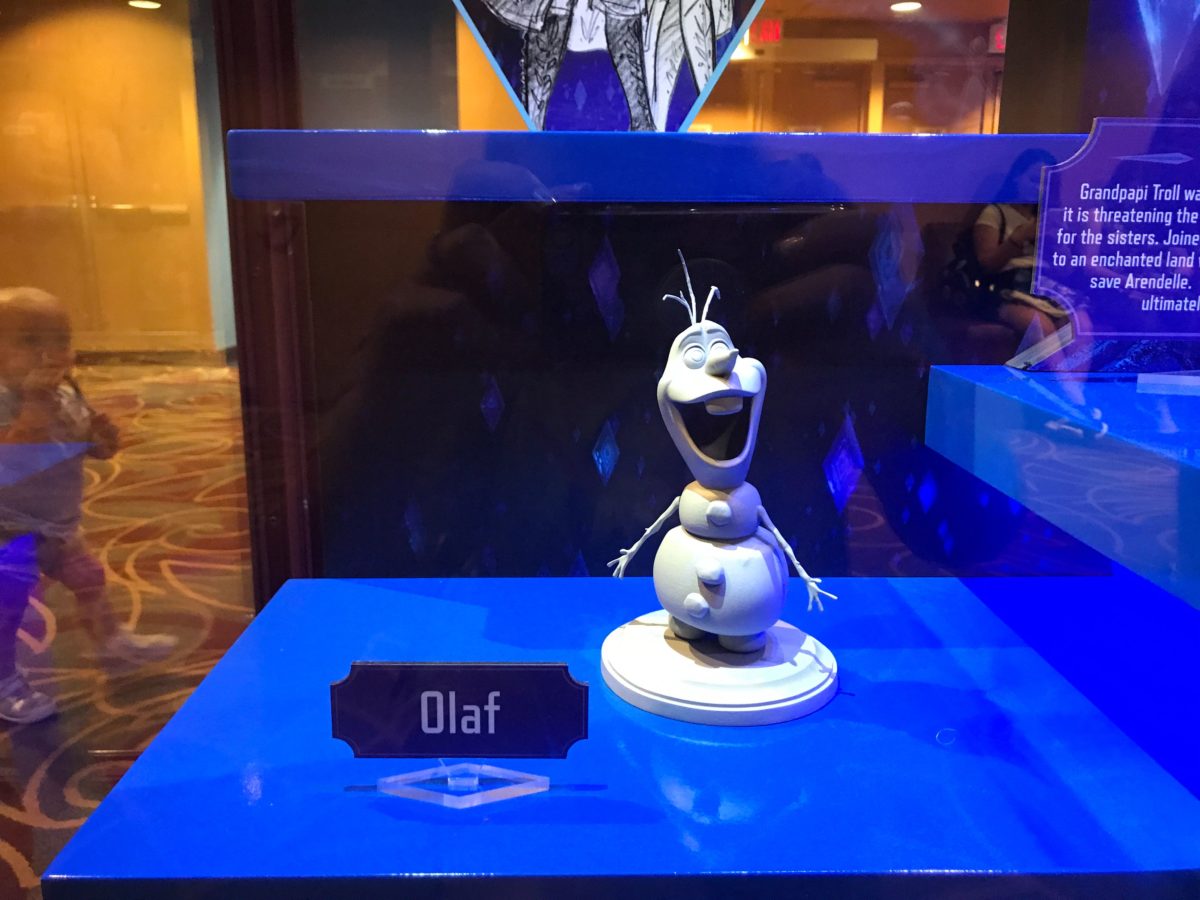 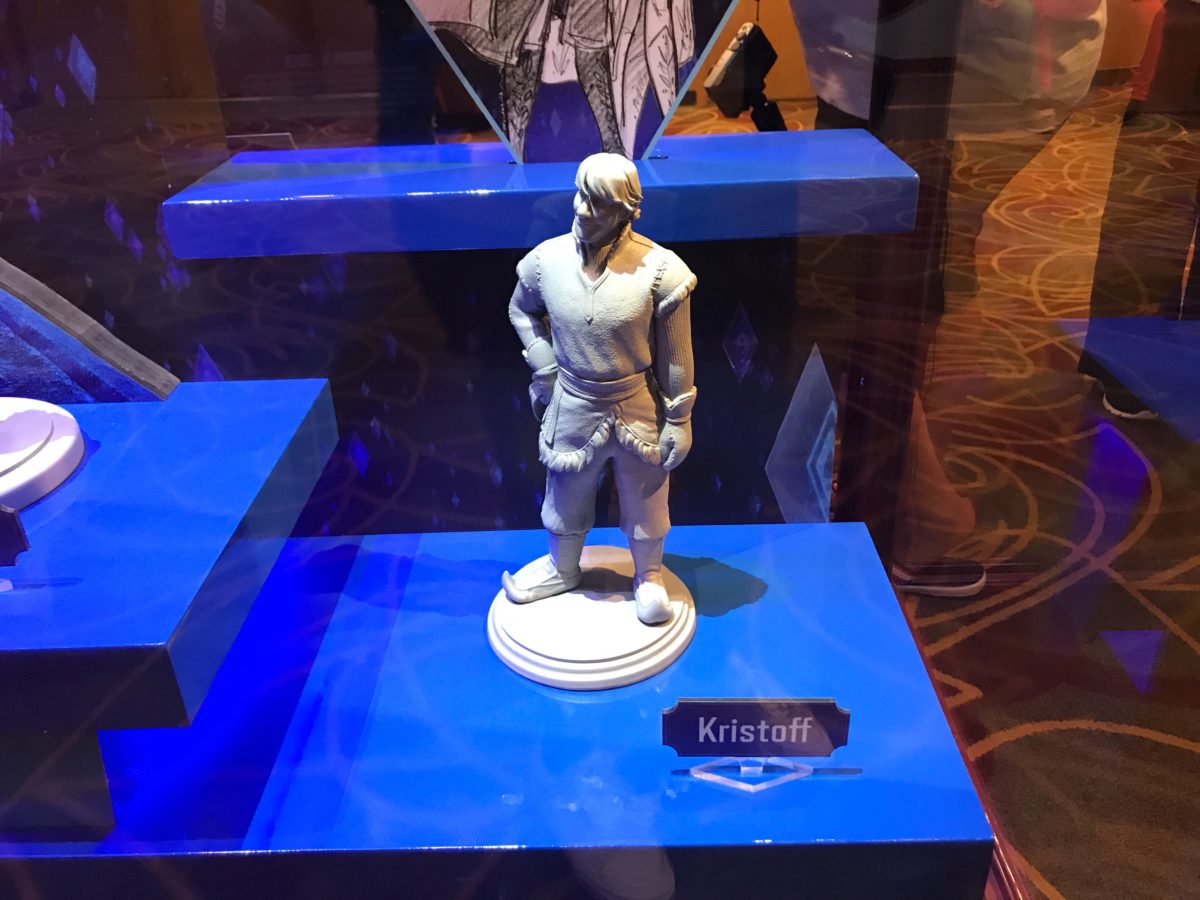 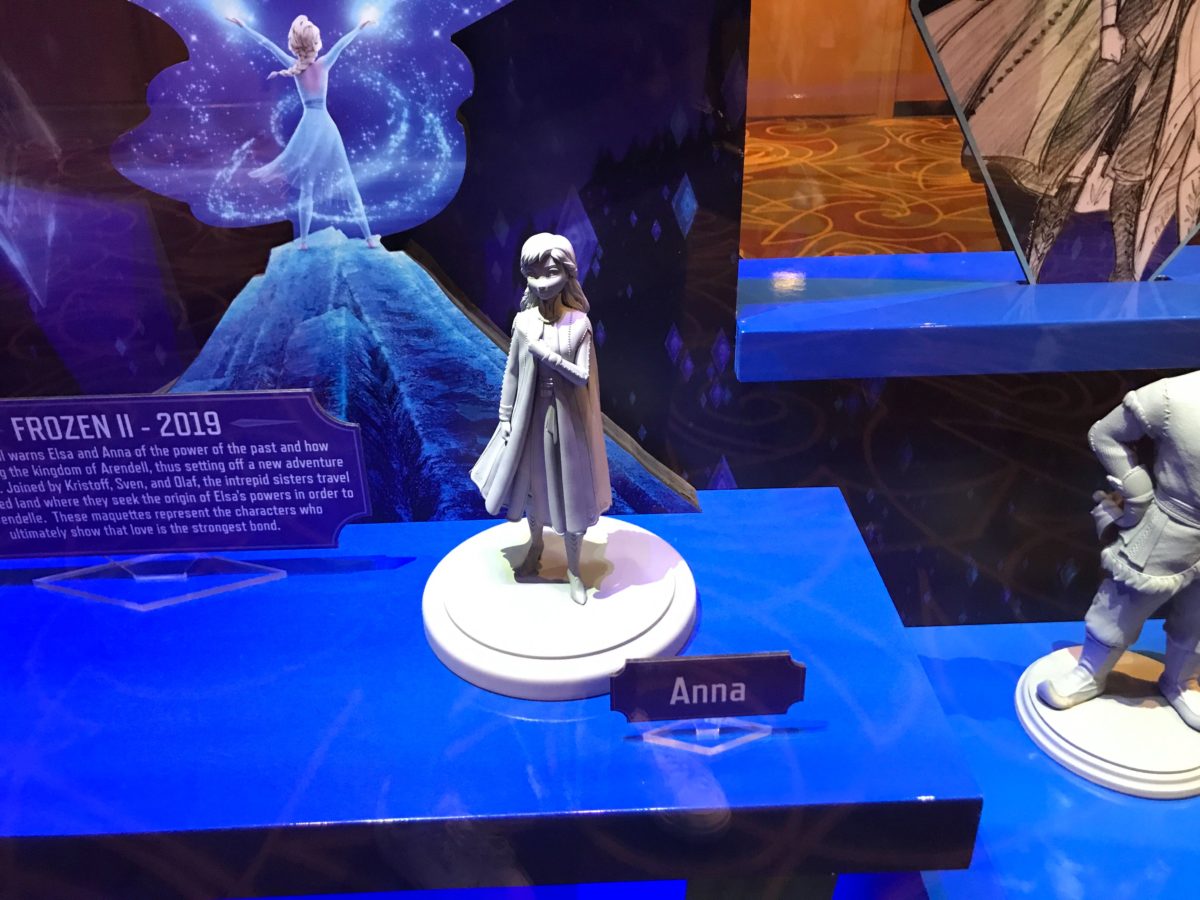 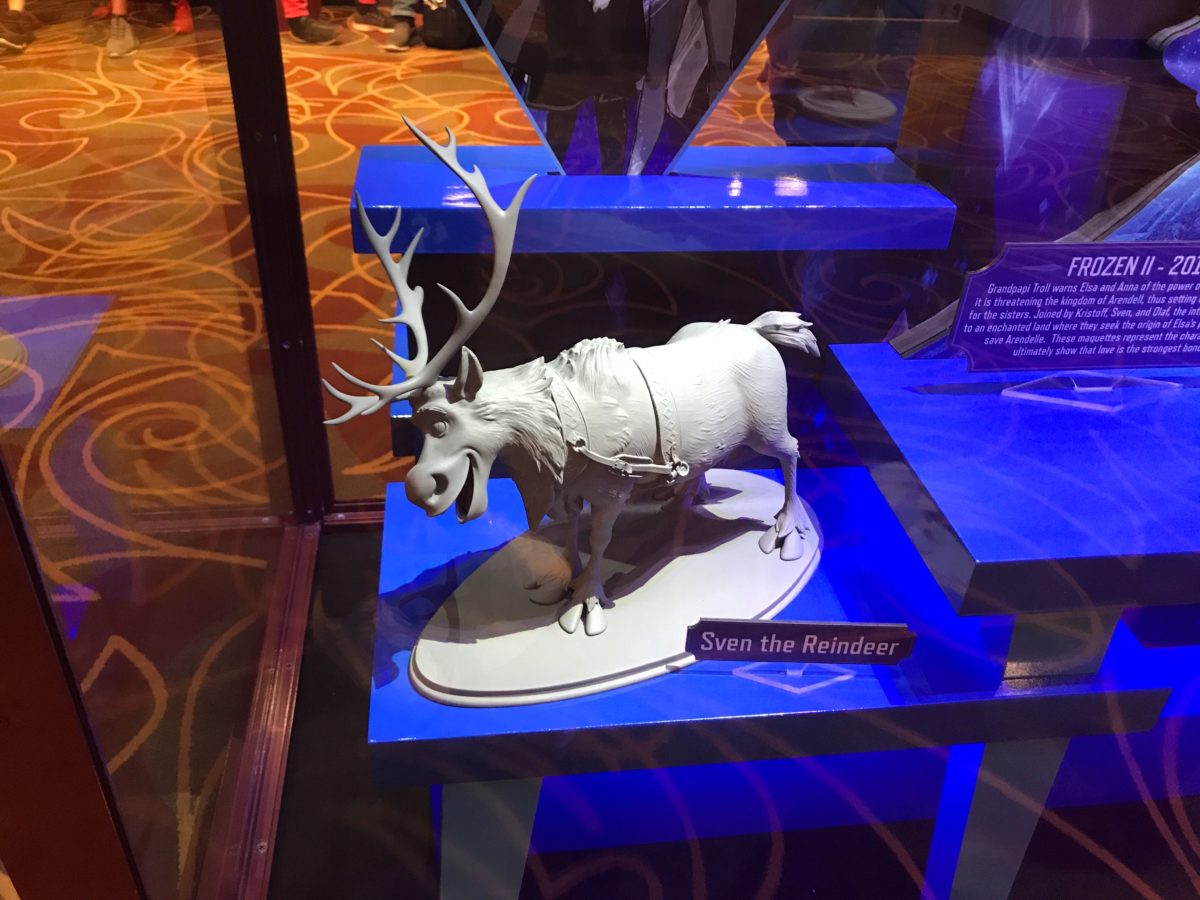 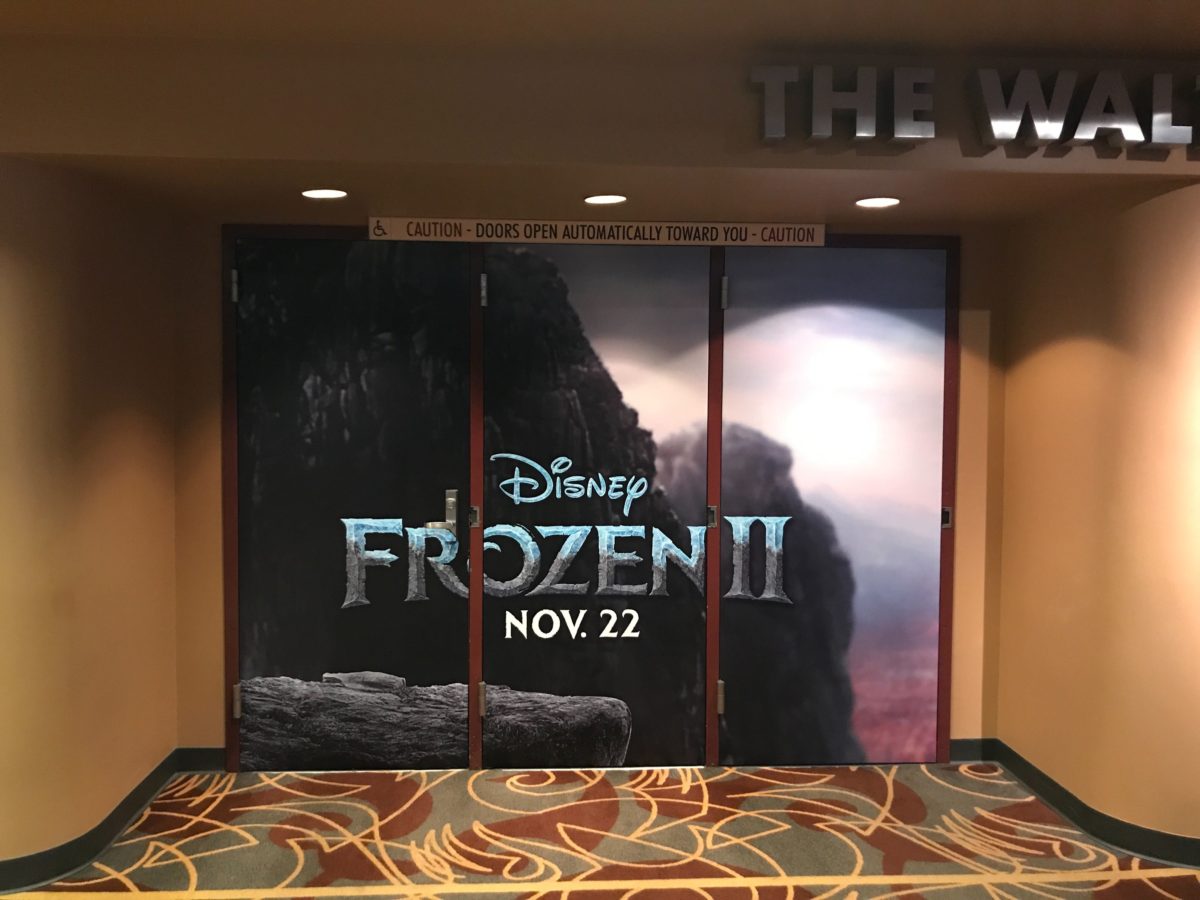 The doors to the theaters have also received these neat wraps, featuring the movie logo and Anna taking a leap of faith: 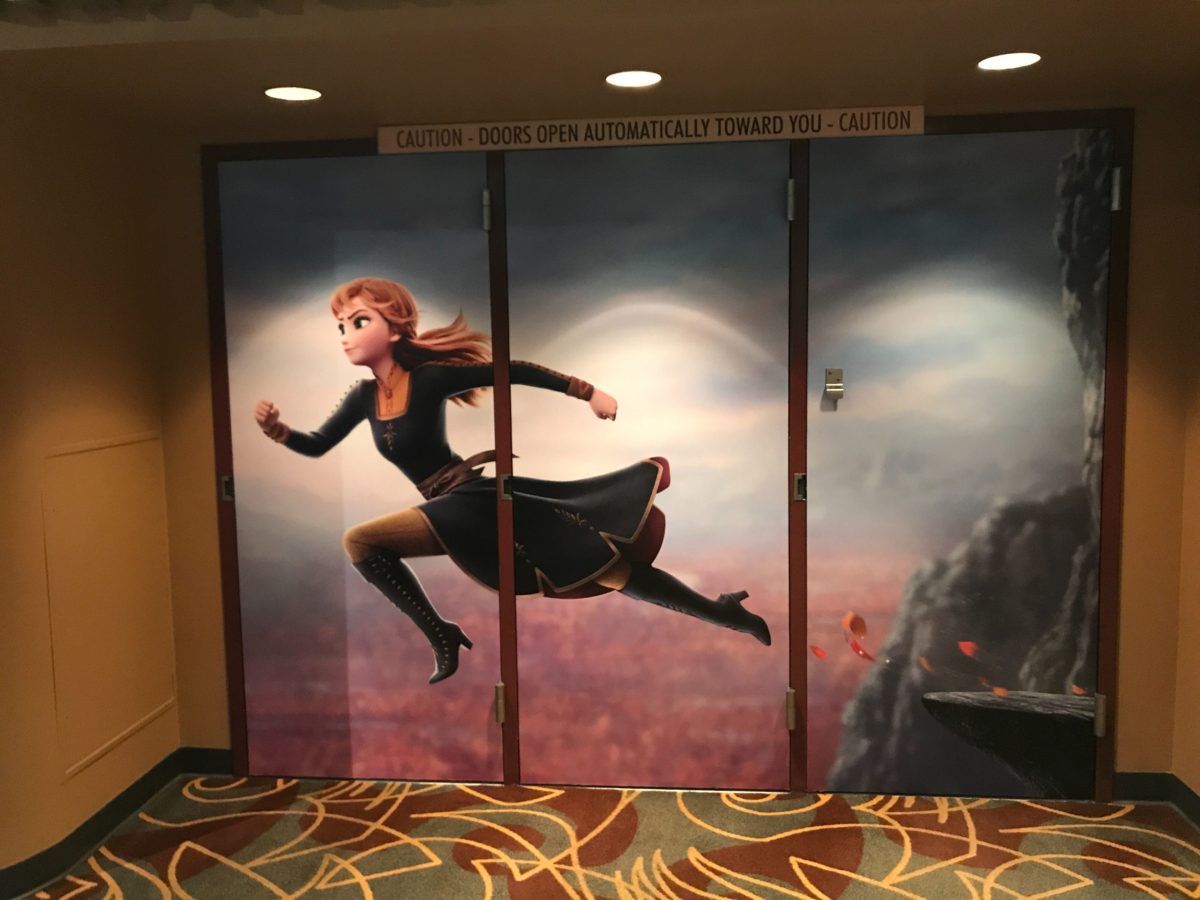 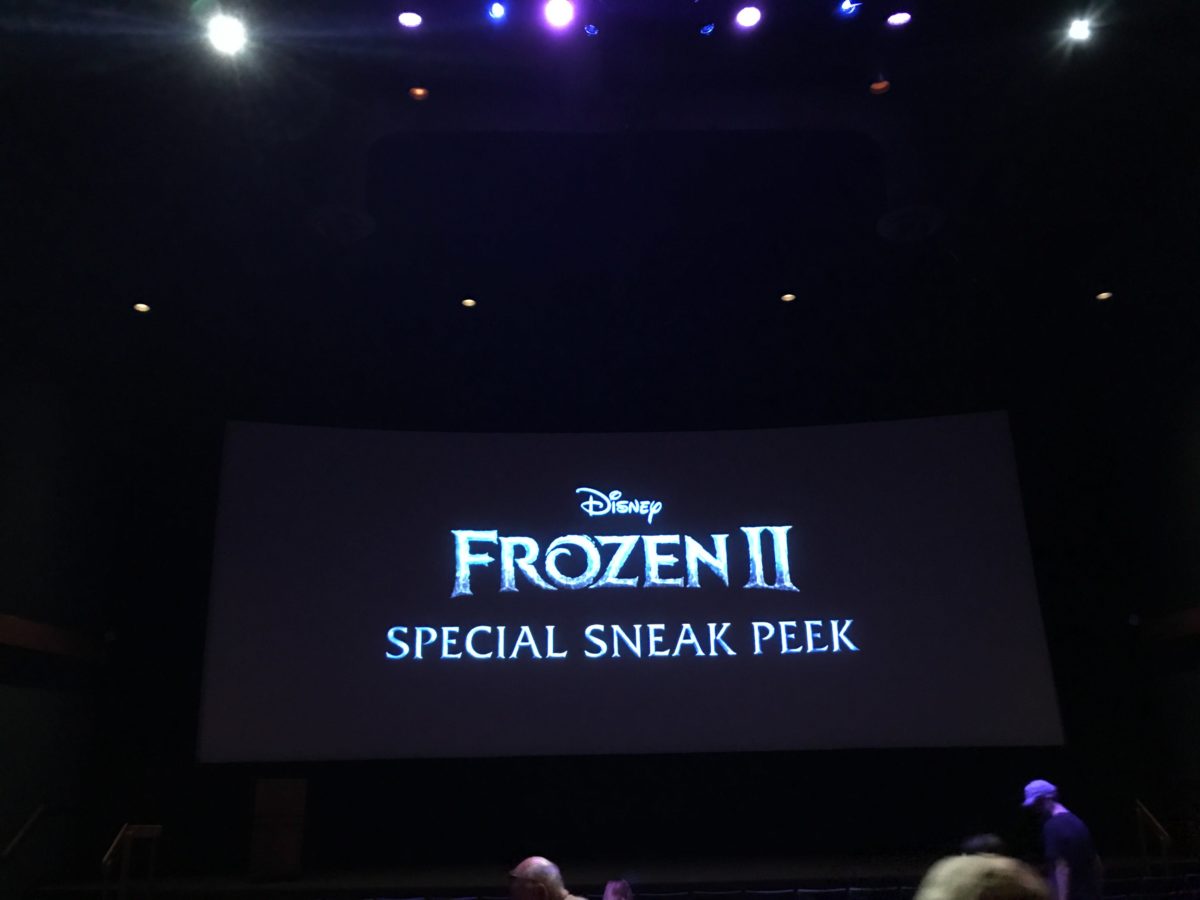 And now, for the preview! You can take a full walking tour of the new Frozen 2 displays at Walt Disney Presents in the video below:

Will you be heading over to watch the preview? Have you purchased your tickets to the premier of Frozen 2 yet?

Previous
Hotel New York – The Art of MARVEL Opens June 15, Book Now to Receive a Free Half Board Offer and Exclusive MARVEL Artwork