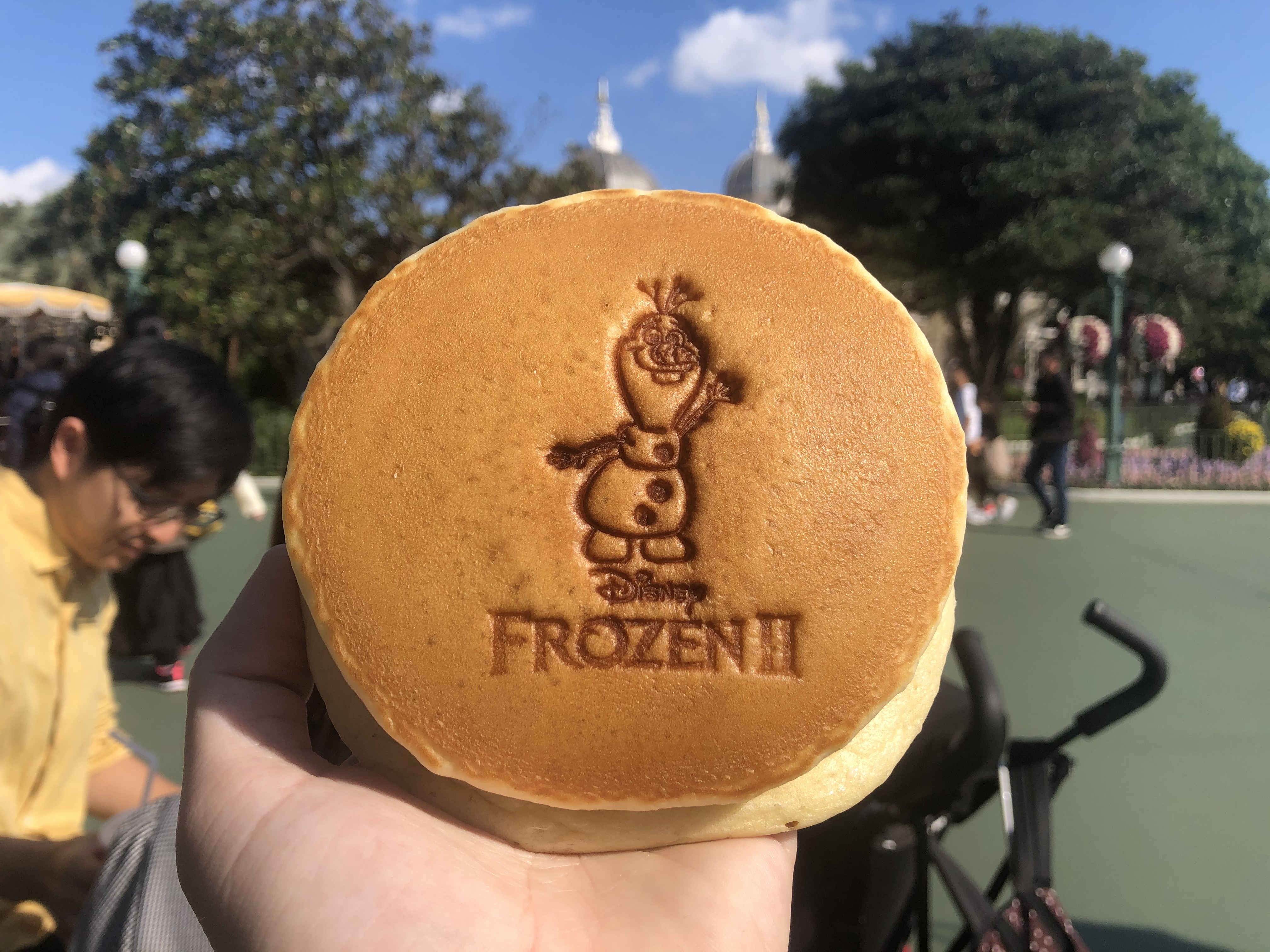 Frozen fever has struck yet again! Here in Japan, Frozen, or as it’s known here, Ana to Yuki no Jo-ou, was a mass sensation. The film grossed over $230 million in Japan alone, and is the third-highest grossing film in Japanese cinema! As such, the hype for Frozen II is pretty substantial, and Tokyo Disney Resort is catering with a special Frozen mini-event at Tokyo Disneyland. Through January 8th, the Food Booths and Magical Market at Tokyo Disneyland are serving this adorable Olaf pancake sandwich! How’s the taste? Well, let’s try for ourselves! 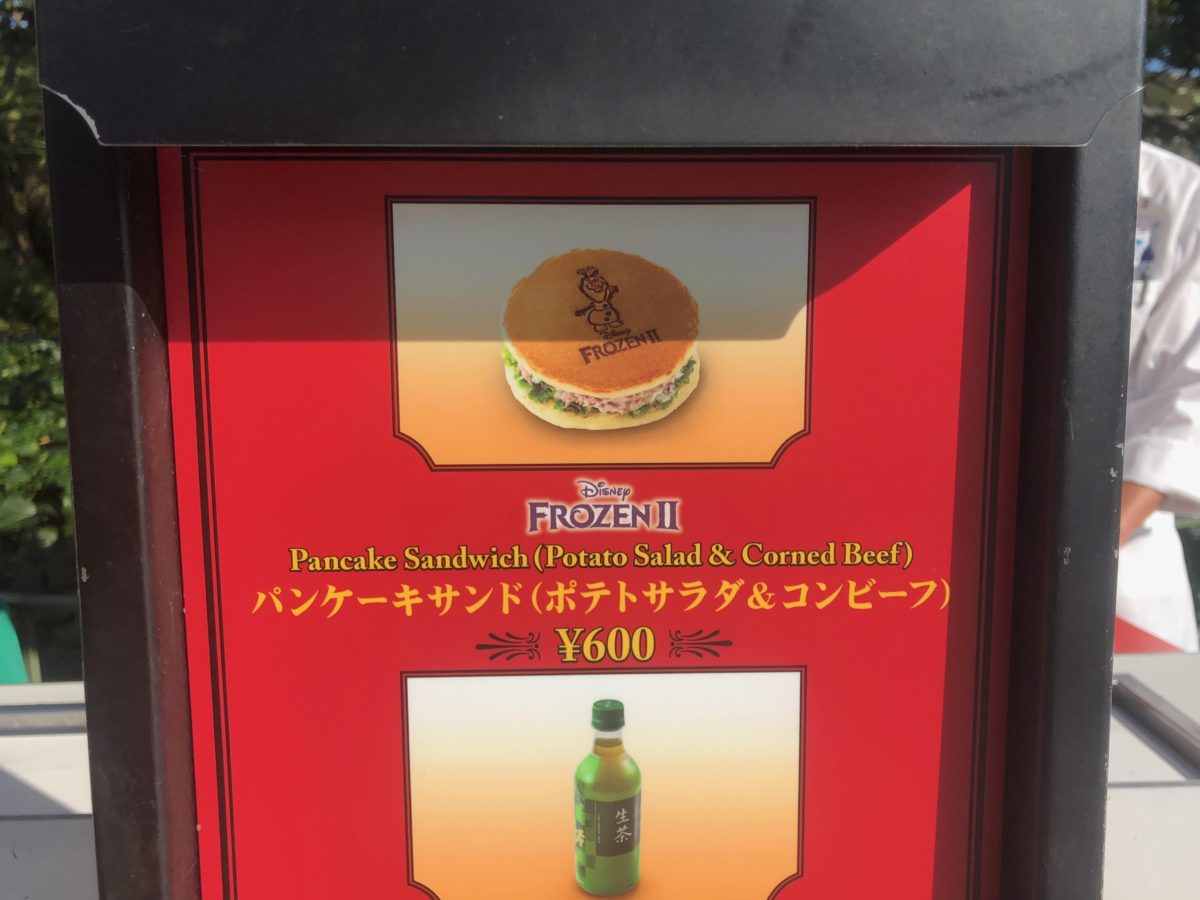 I was able to pick up this neat treat from a drink/snack cart near the Plaza. They come pre-packaged, so they’re easier to serve in more places. But that doesn’t detract from the item itself! 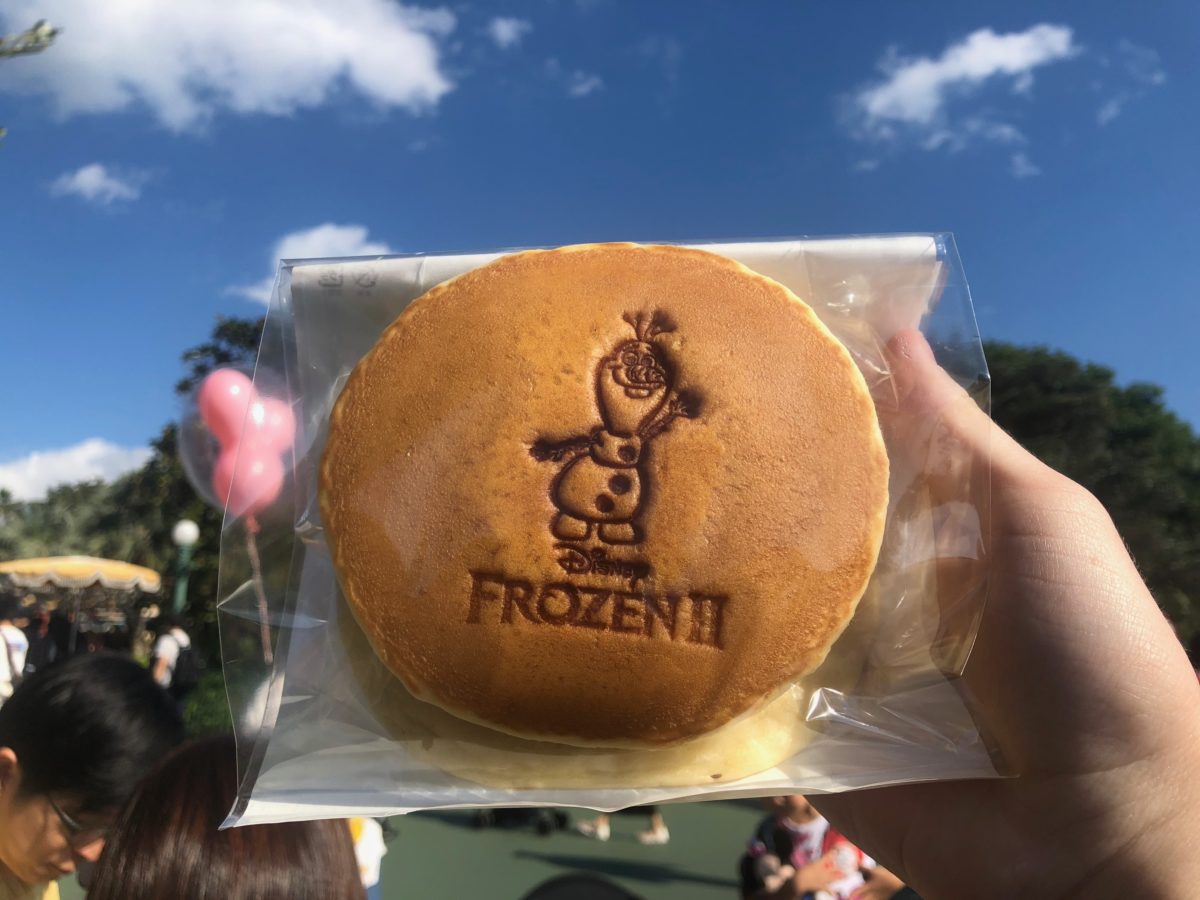 “Hi, I’m Olaf, and I like cold sandwiches!” That’s the quote, right? 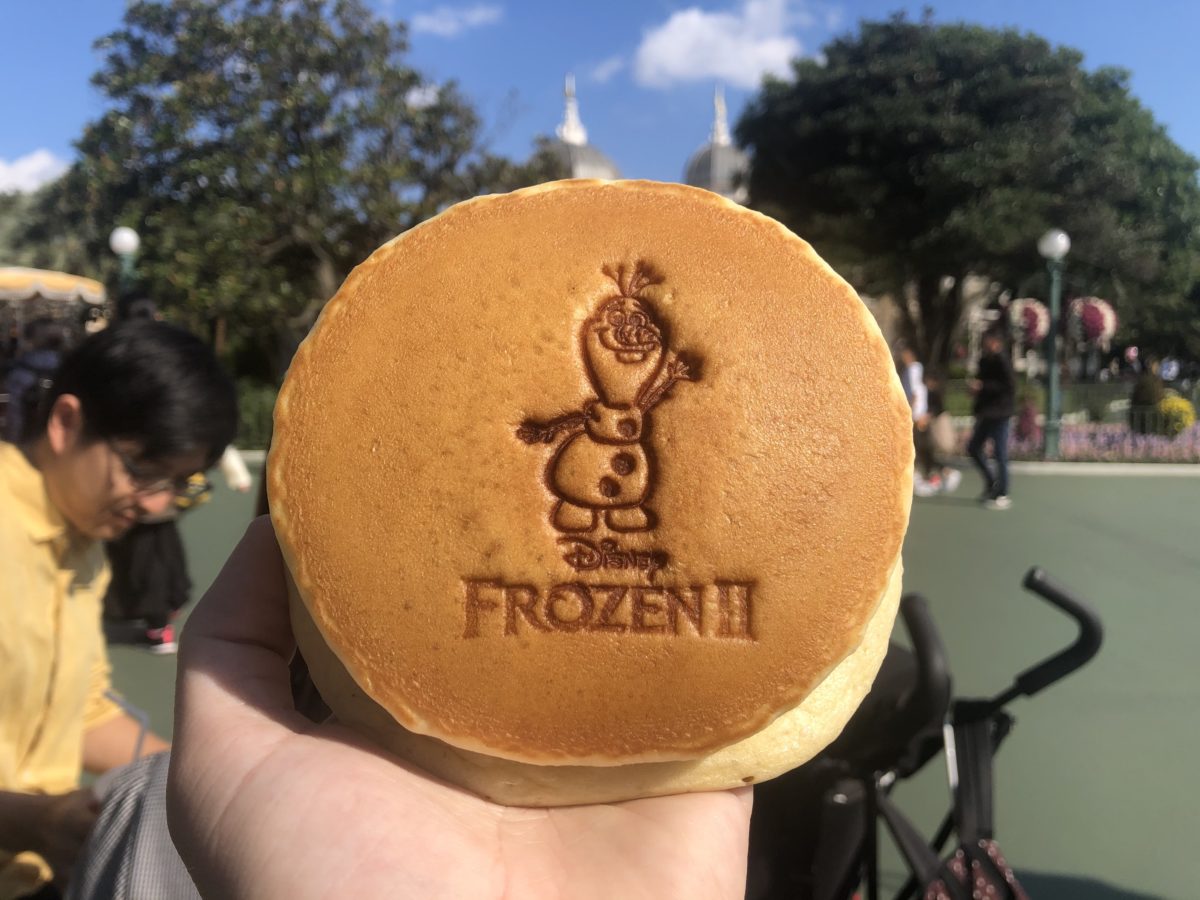 Of course, Olaf is much more photogenic outside of his wrapper. The portion is decently sized, although I’m not sure it’s $5.50 worth of food. 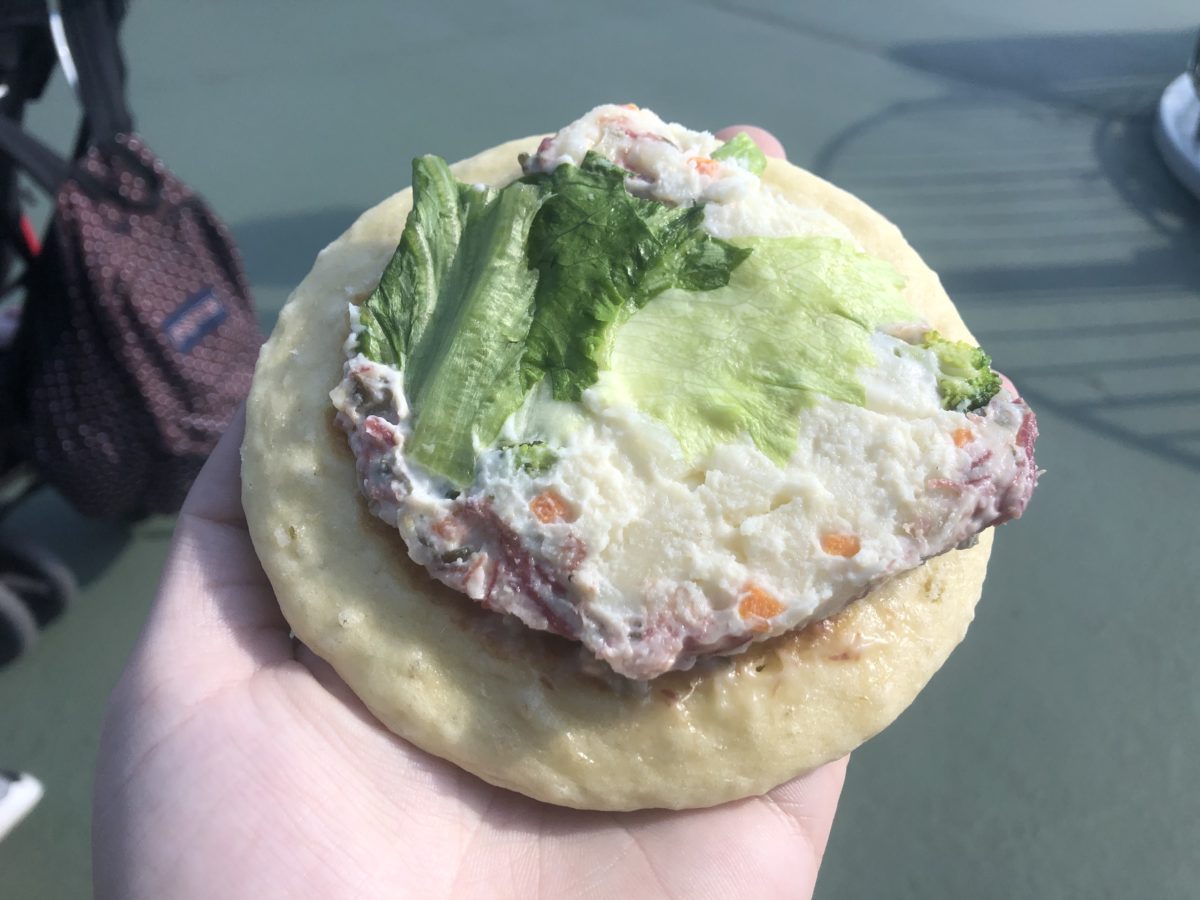 A look at the interior shows a (mostly) even portion and distribution of the salad and lettuce. Not too much or little, it’s just right for this size. As for the taste? The pancake isn’t burned, but it’s not buttered either. It’s rather dry and crumbly so watch out for crumbs! The potato salad inside is well-made, without tasting too much like one particular ingredient. The Midwesterner in me says it needs more mayo or paprika, though. And impressively, the pancakes aren’t soggy or mushy despite being a pre-made, pre-packaged sandwich. Quite the opposite, as the pancake crumbles and breaks too easily, leaving a messy trail in its wake.

Overall? It was delicious and a nice, light lunch-sized portion, but I wouldn’t recommend it simply based on the price. For not much more, you can get a filling sandwich at several other Tokyo Disneyland outlets (without fries and a drink, of course), or you can go all-out and grab a full meal set for $9-$14. If you choose to go for this, however, you won’t be disappointed with the taste.

The Olaf Pancake Sandwich is available at Food Booths and Magical Market at Tokyo Disneyland through January 8th! Give it a go!

Next
ParksCenter – With Jingle Cruise and FuelRods For All! – Ep. 77