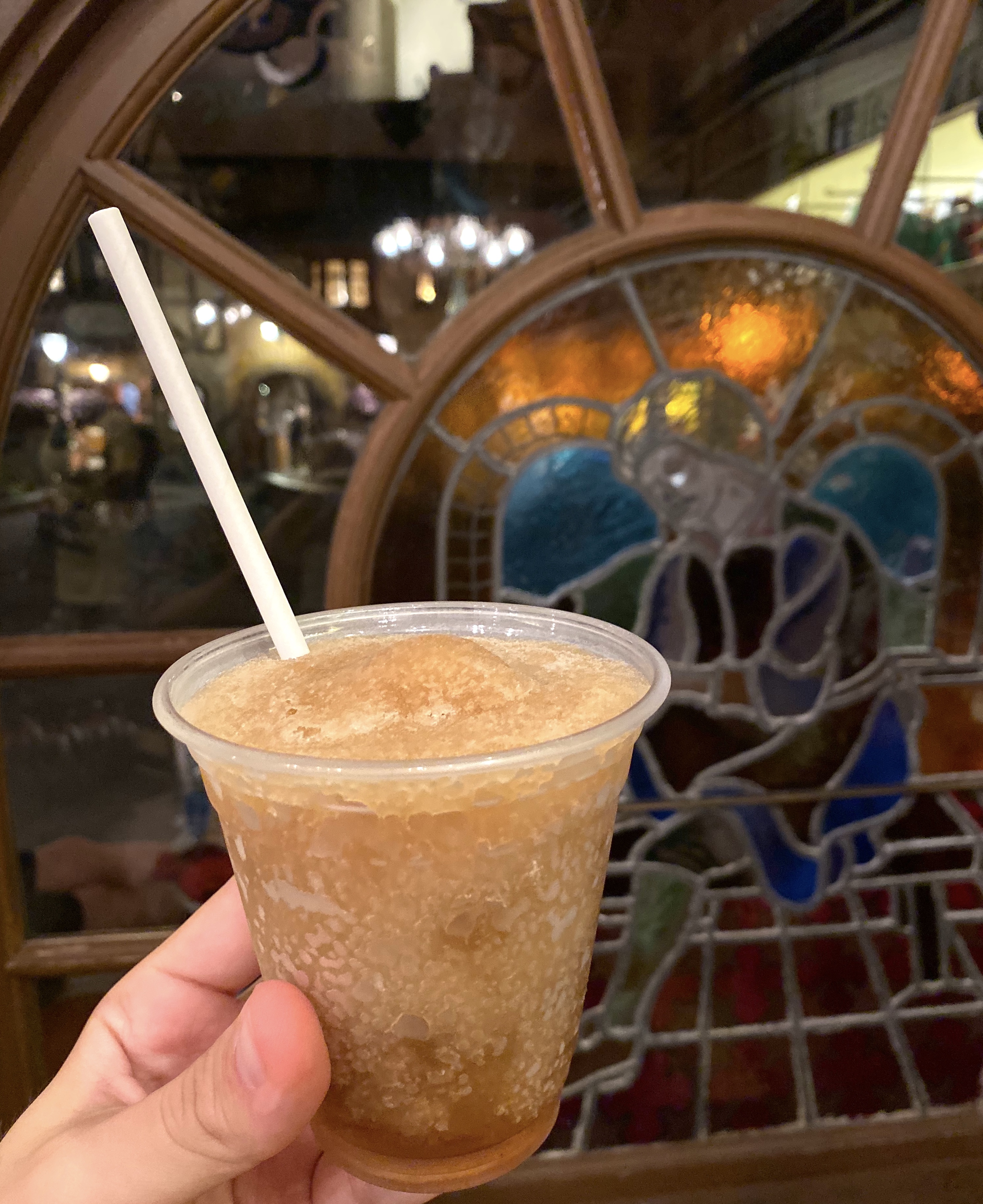 If you’re still feeling nostalgic over the loss of Club Cool at EPCOT, at least there’s a new way to drown your sorrows in a delicious, thematically appropriate way. The fan-favorite Mezzo Mix from Germany is now available at the pavilion’s Bier stand, and it’s probably the best version of this soft drink that exists. 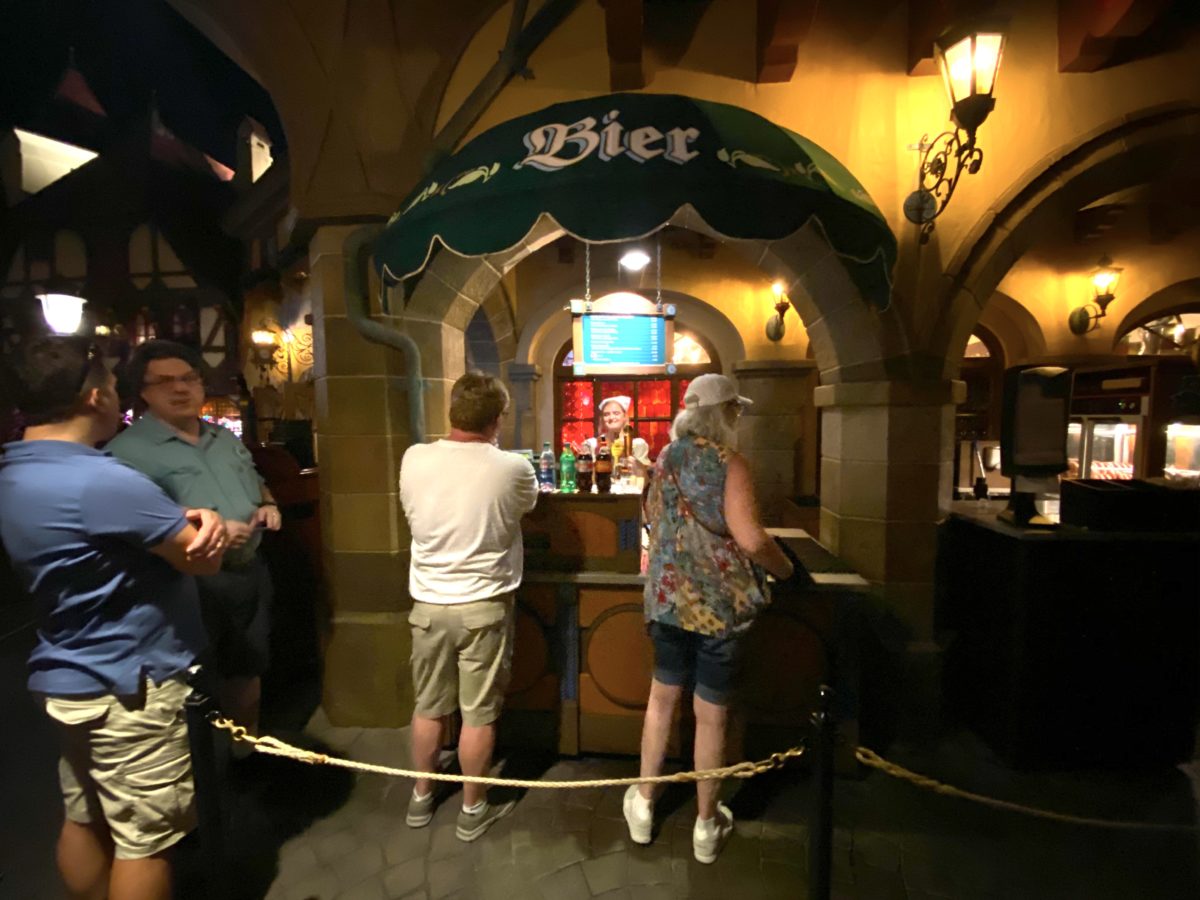 You can find the Bier stand located inside the pavilion, on the right side. 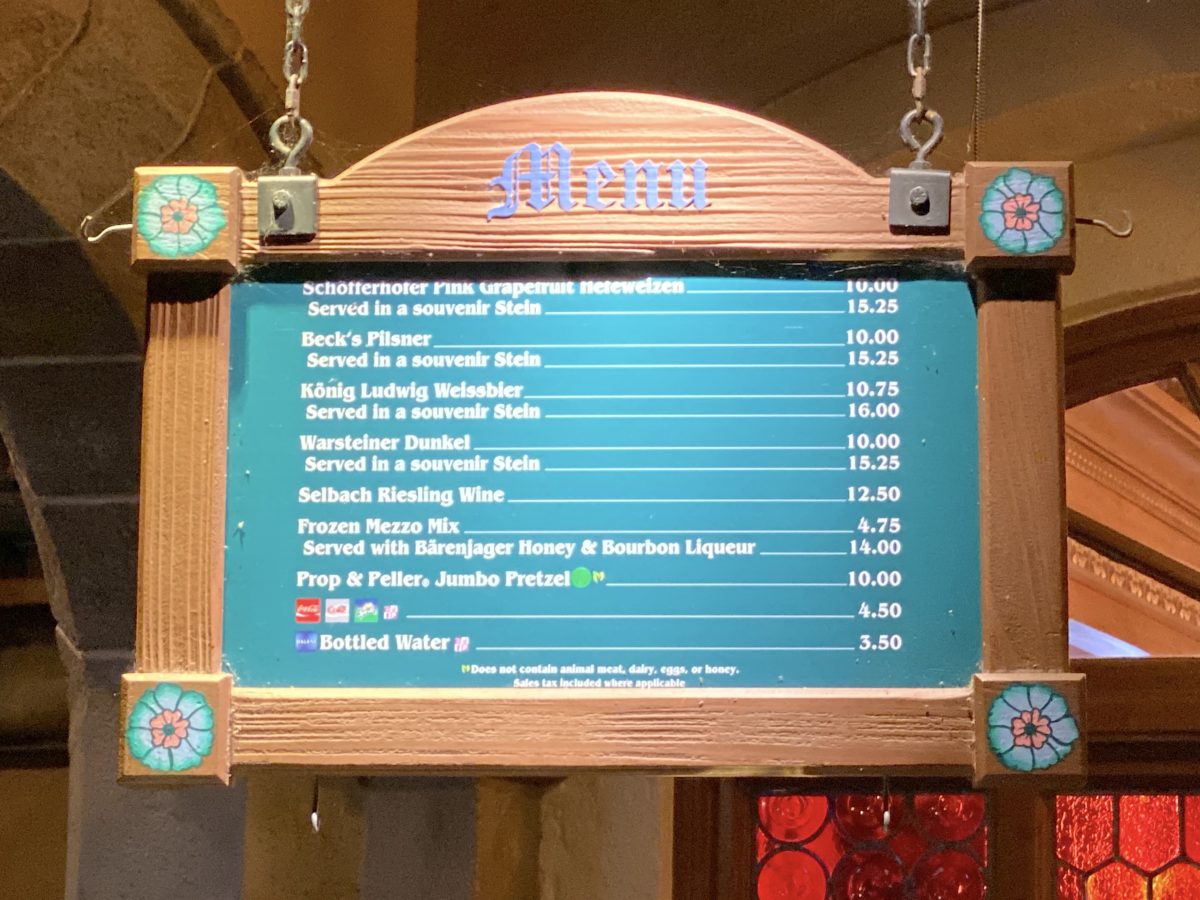 At the cart, you can purchase Frozen Mezzo Mix plain for $4.75 or served with Bärenjager Honey & Bourbon Liqueur for $14.00. If you’re unfamiliar with Mezzo Mix, it’s actually a combination of Coca-Cola and orange flavor, and is typically used as a mixer (hence the name) with beer. First introduced in 1973, Mezzo Mix is sold and produced officially only in Germany, Switzerland and Austria. The best part about the soft drink is probably its slogan, which translates into English as “Cola Kisses Orange”. 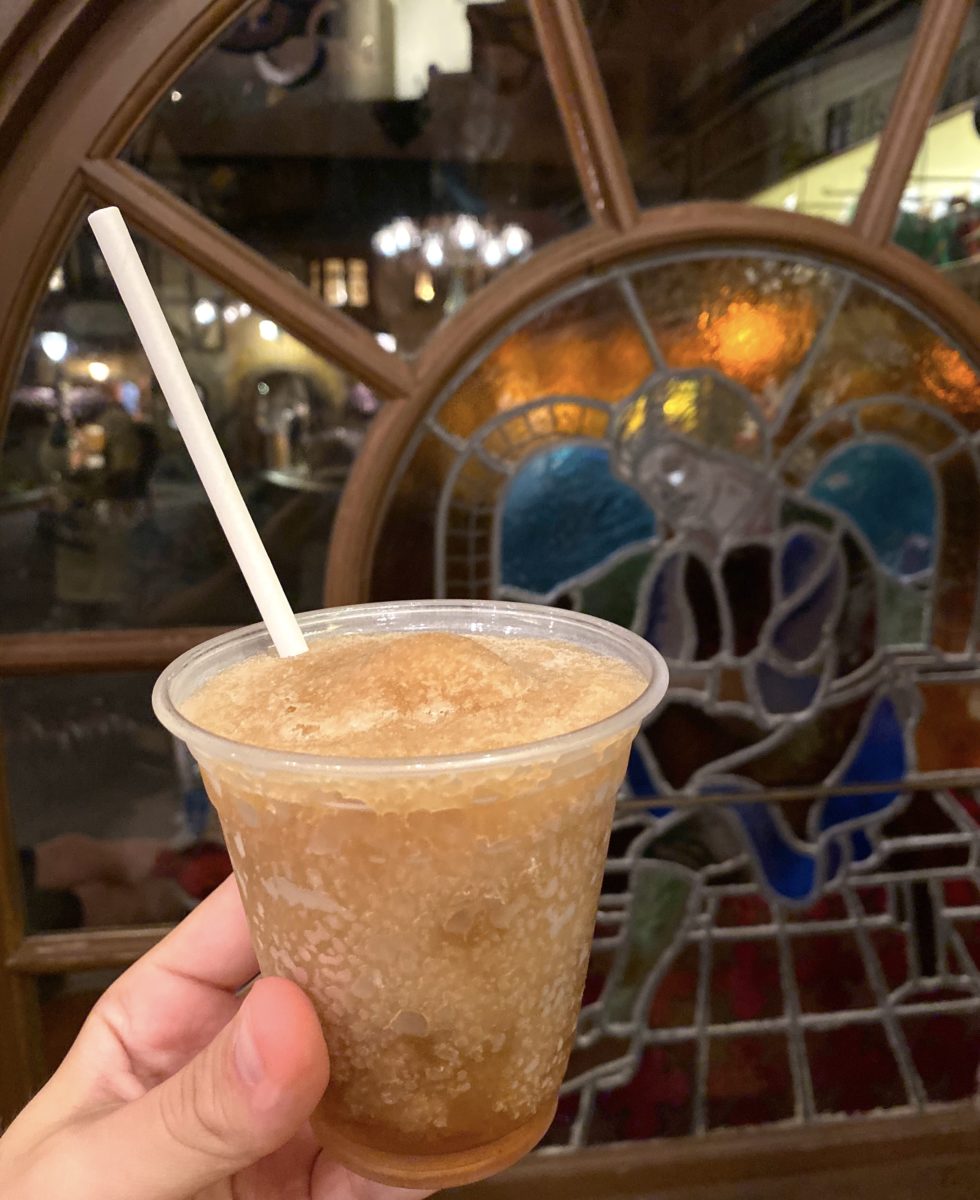 We got the Frozen Mezzo Mix with Bärenjager Honey & Bourbon Liqueur. Bärenjäger Honey Liqueur, of course, is produced in Germany, but is a blend of vodka, honey from the Yucatan Peninsula in Mexico (Mayan stingless bees produce the best honey, after all) and other natural ingredients. The liqueur was developed as a mead-like “moonshine” among the Bärenjägers, or bear hunters of medieval Europe. In the Honey & Bourbon version, the Honey Liqueur is mixed with Bourbon Whiskey for an even deeper flavor. 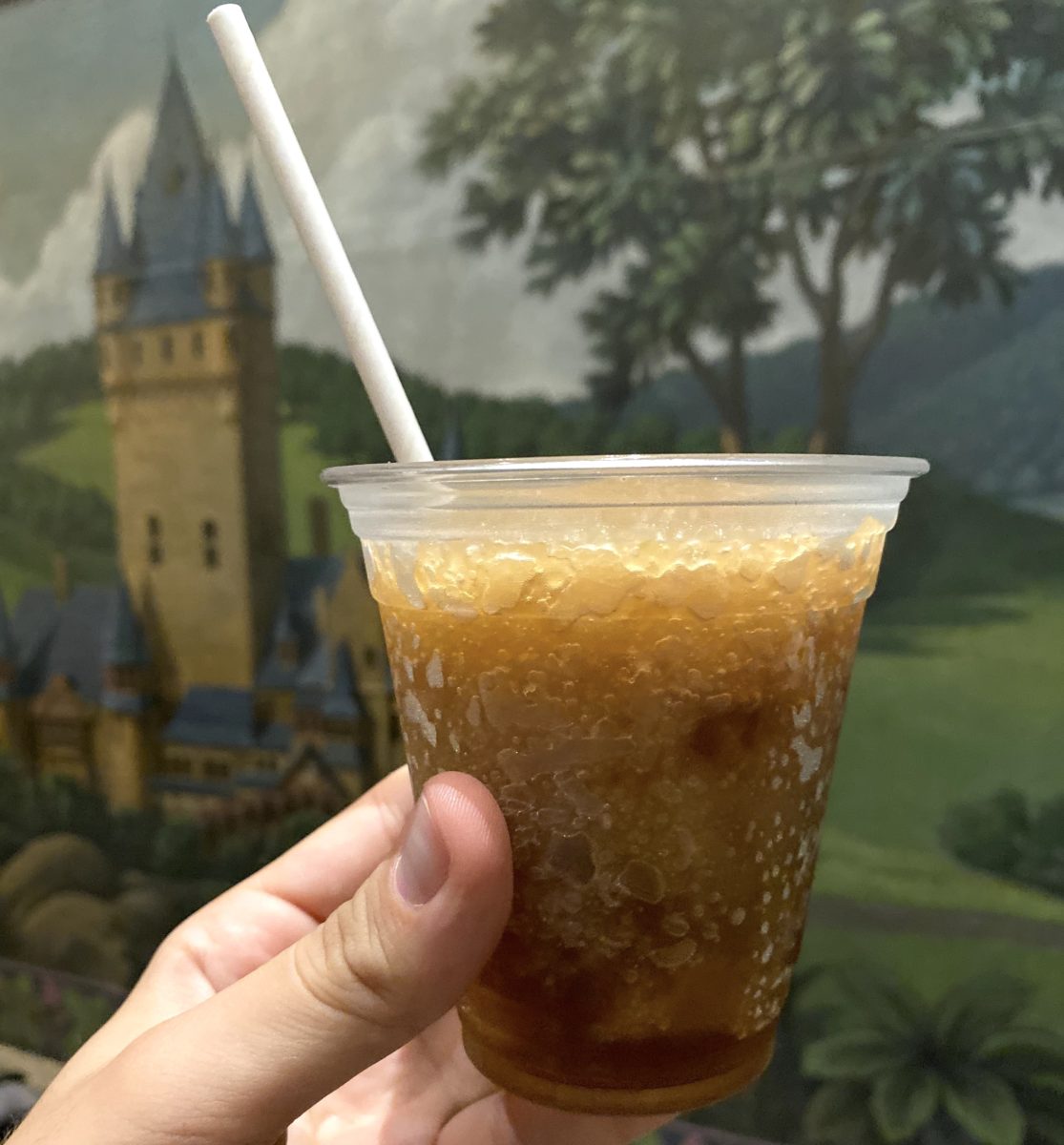 You could say that the alcohol kisses the soda in this frosty German concoction. It tastes like the Frozen Jack and Coke, but with a delicious honey aftertaste. The sweet honey bourbon liquor here is to die for, adding another element of flavor while not being cloyingly sweet. You don’t really find many honey bourbon drinks at Walt Disney World, so this is also fairly unique. 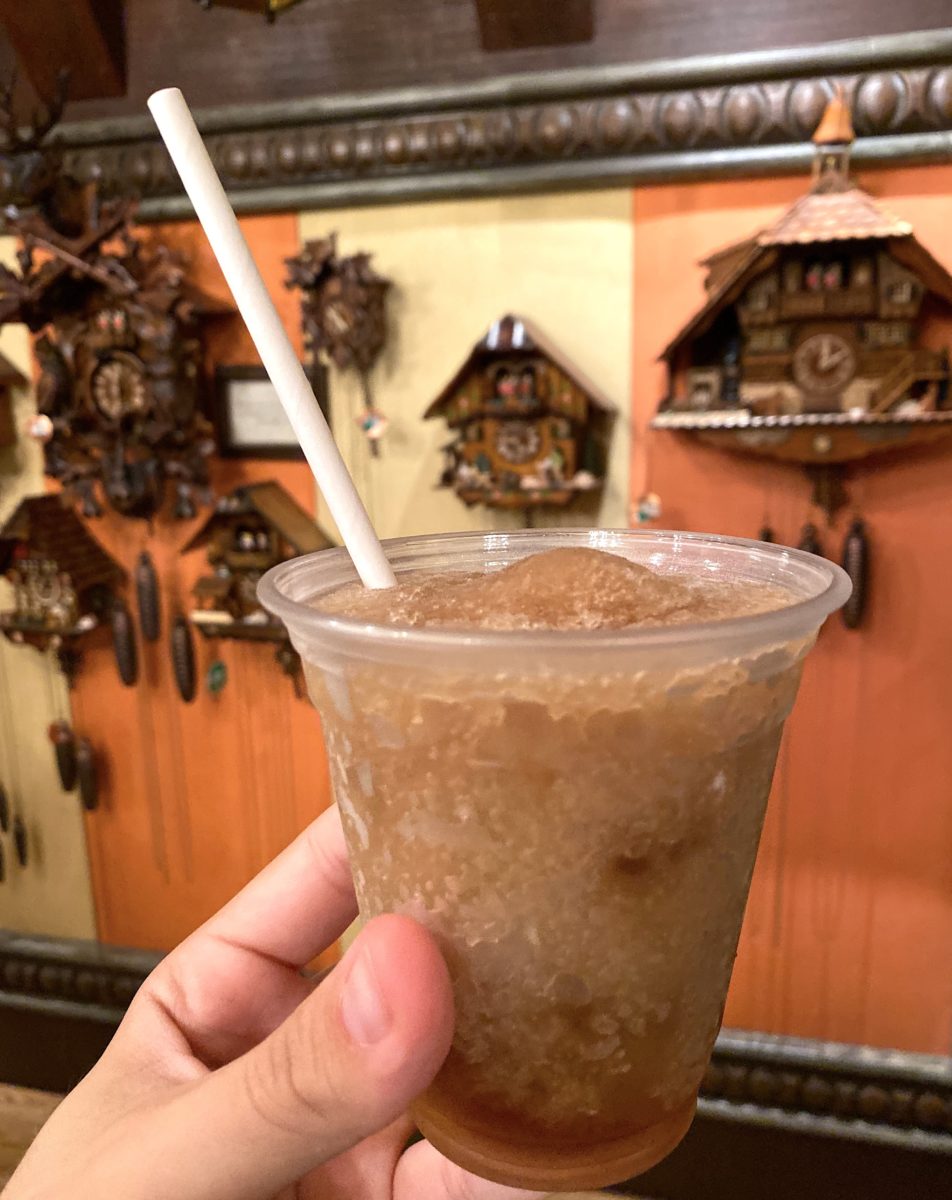 A word of warning, however. If not for the price, you’d probably want to drink a few of these due to how good they are. The alcoholic Frozen Mezzo Mix is basically hand poured in that they serve the liqueur and top it with the frozen soda, and they’re fairly generous with the pours here, too. We recommend giving it a stir before drinking, unless you want a full-on sip of honey bourbon, which we can also respect.

Definitely make a stop at the Bier stand and grab yourself some Mezzo Mix before it goes away like Club Cool.