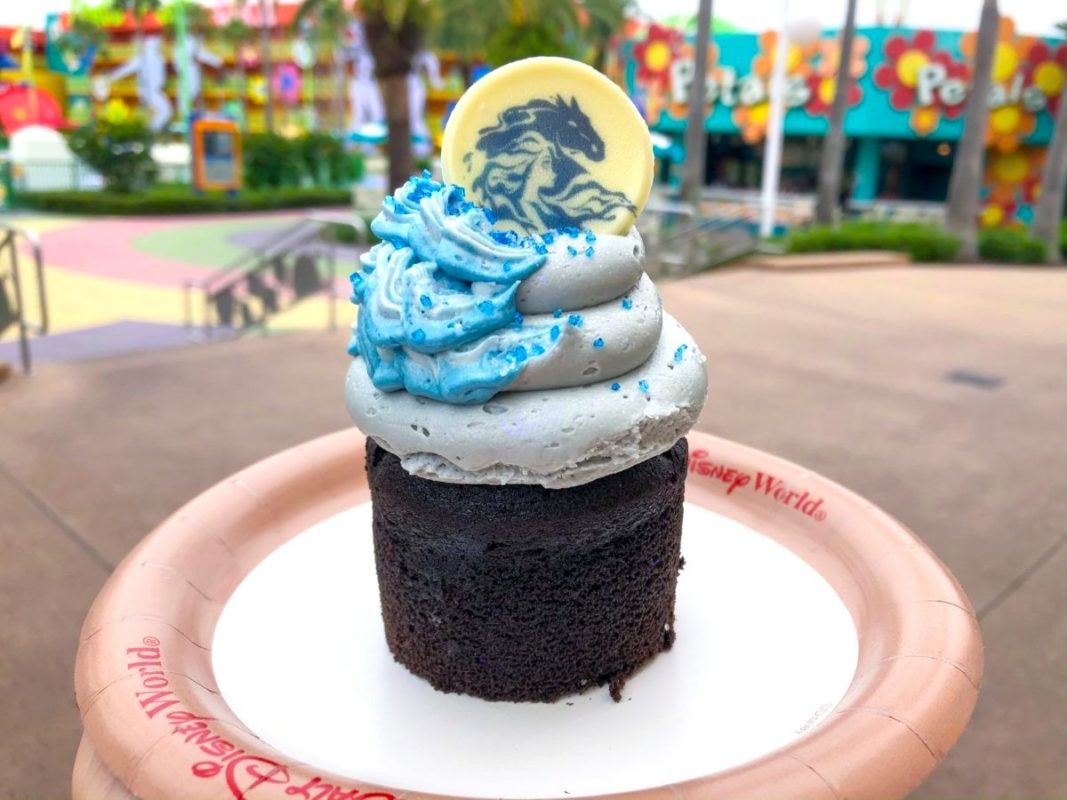 Just when you thought all the new Frozen 2 treats had finally arrived, Disney’s Pop Century Resort has added a new Frozen Waves cupcake to the mix. It looks very similar to some of the other treats we’ve tried, but that won’t stop us. Let’s find out what secrets this cupcake is holding.

This cupcake is the latest snack to arrive and features beautiful buttercream waves, sugar crystals, edible glitter, and a white chocolate piece of Elsa and the Nokk for $5.99. The shades of blue buttercream piped onto the cupcake look just like crashing waves. 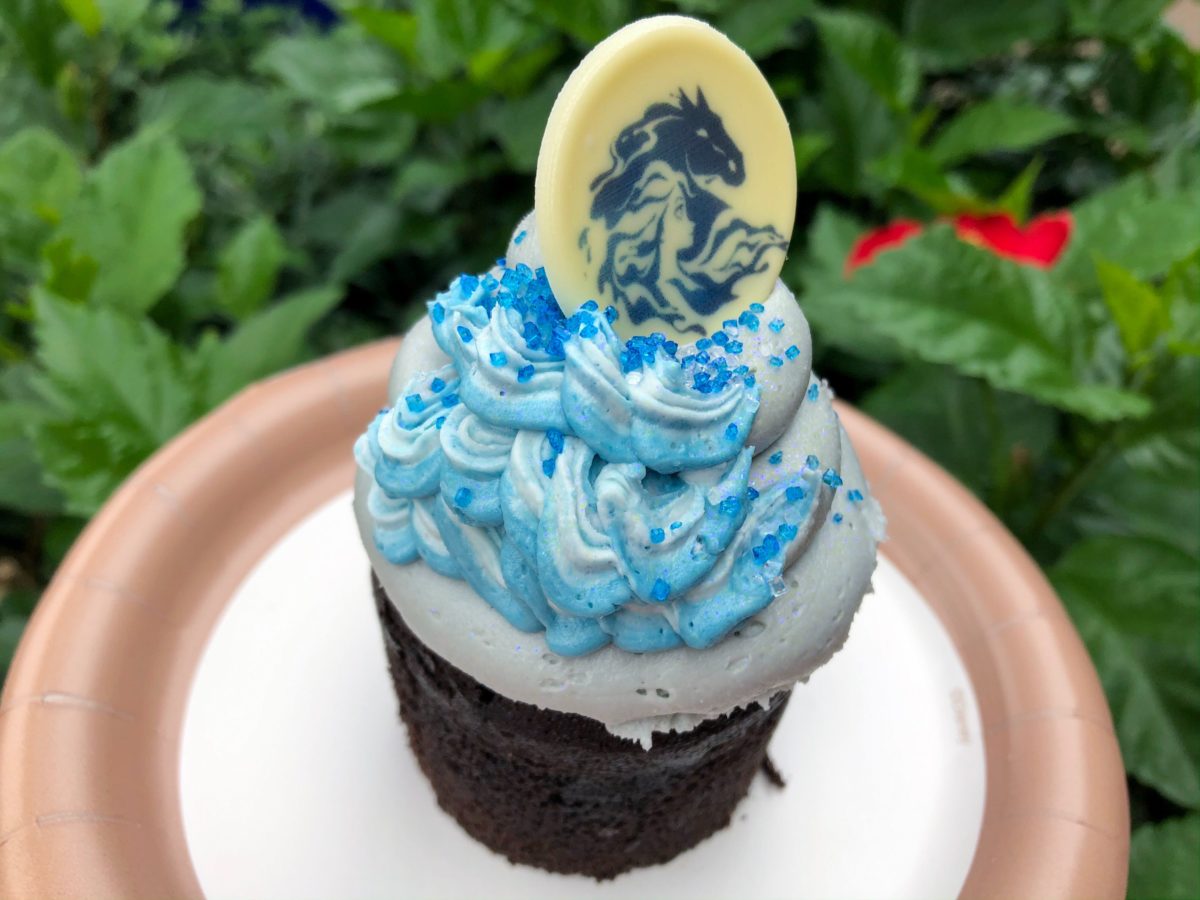 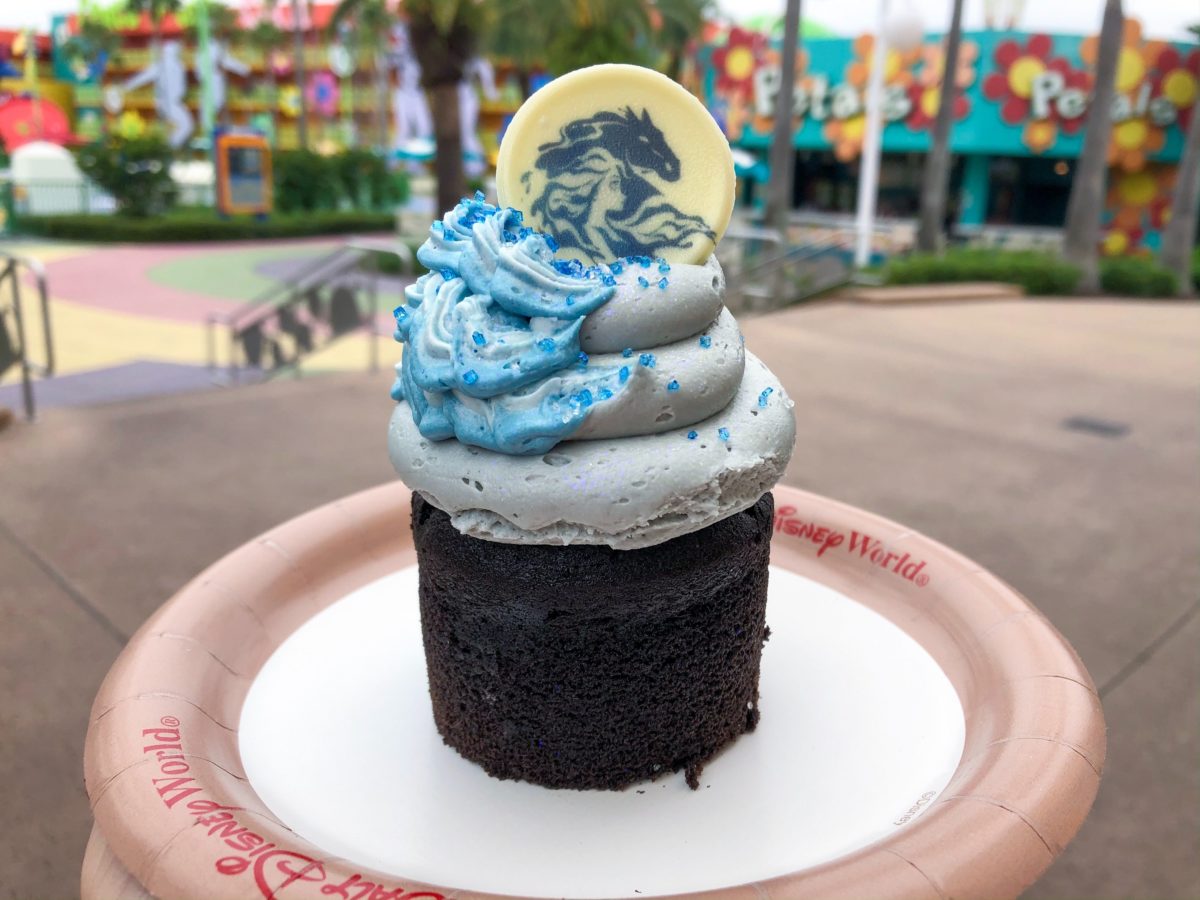 The base is a chocolate cake, topped by a vanilla mint buttercream. As soon as we tasted the buttercream, we instantly had thoughts of tiny candy canes. It’s not an overpowering mint, thanks to the vanilla, and is much better than we expected. Mint can be hit or miss, but this was definitely a hit. 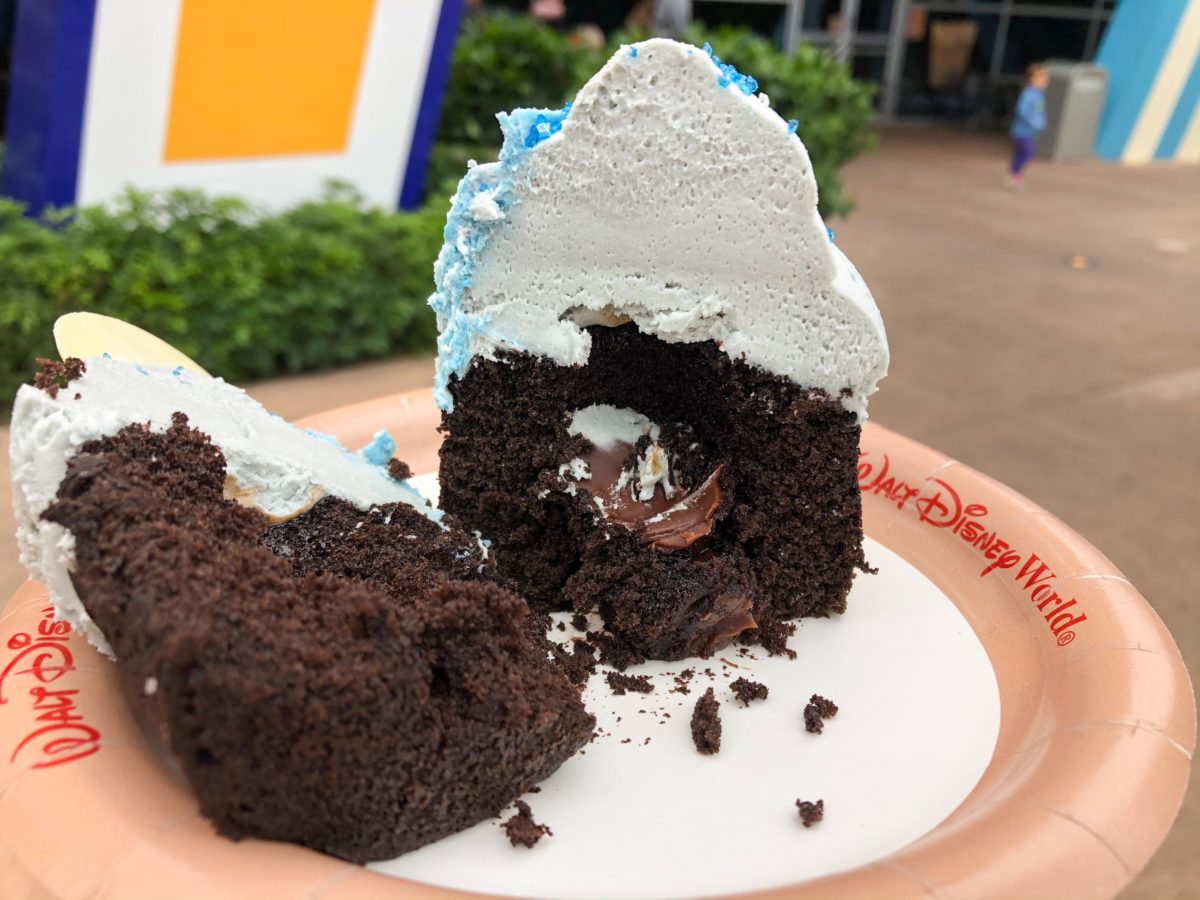 The chocolate cake is absolutely outstanding and we really couldn’t get over how fluffy it is. When we cut into the cupcake, a large glob of chocolate ganache fills the center. It tasted more like fudge than ganache, and caught us by surprise by its rich and creamy texture. The chocolate cake and chocolate filling pair up together perfectly. 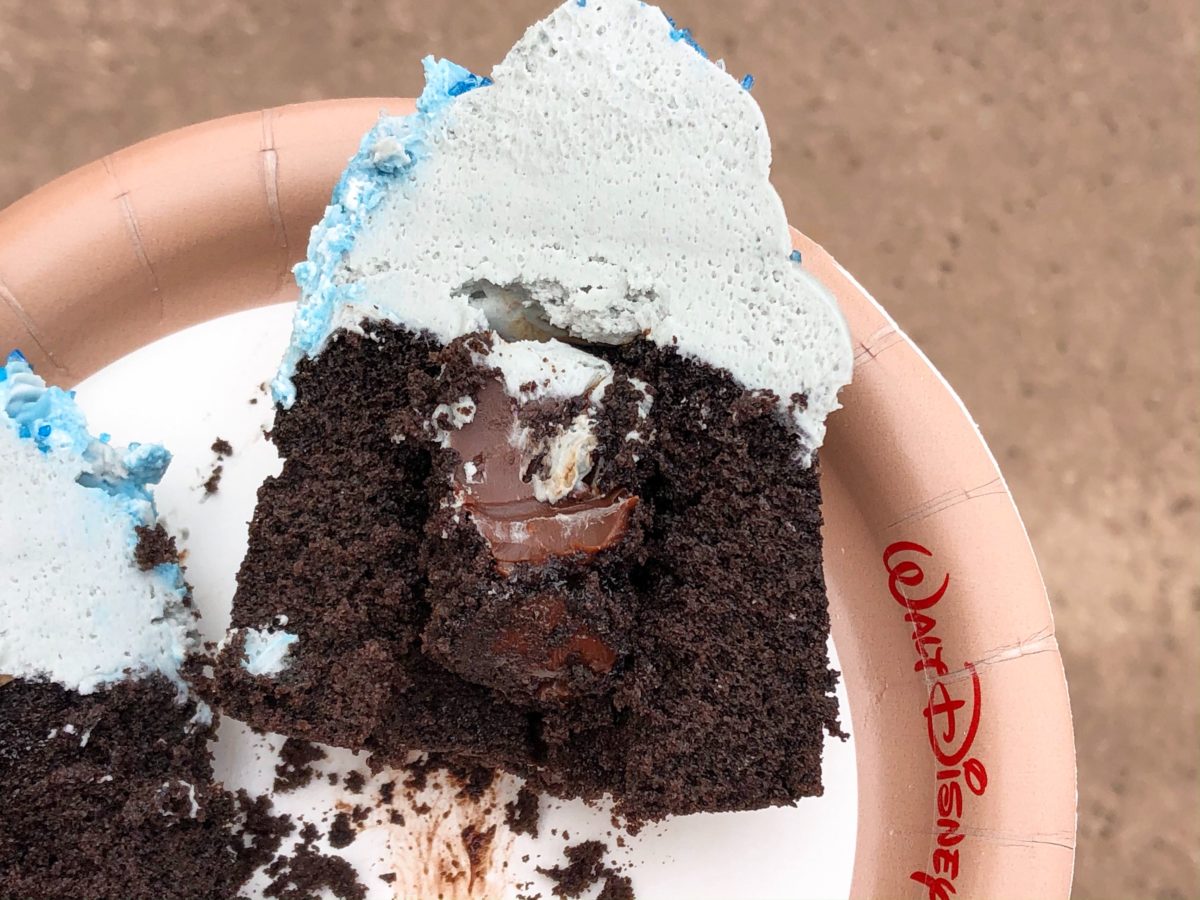 The vanilla mint buttercream and chocolate flavors made for a very wintery dessert, perfect for a Frozen 2 themed cupcake. Even though we enjoyed the mint buttercream, we think the cake and filling were amazing and could easily be eaten on their own without the frosting. Yes, the cake was that good.

There are an overwhelming amount of new Frozen 2 treats to try, but if you’re a fan of mint and chocolate, we suggest making your way to Everything POP Shopping & Dining at Disney’s Pop Century Resort or Landscape of Flavors are Disney’s Art of Animation Resort to try this one. Enjoy!