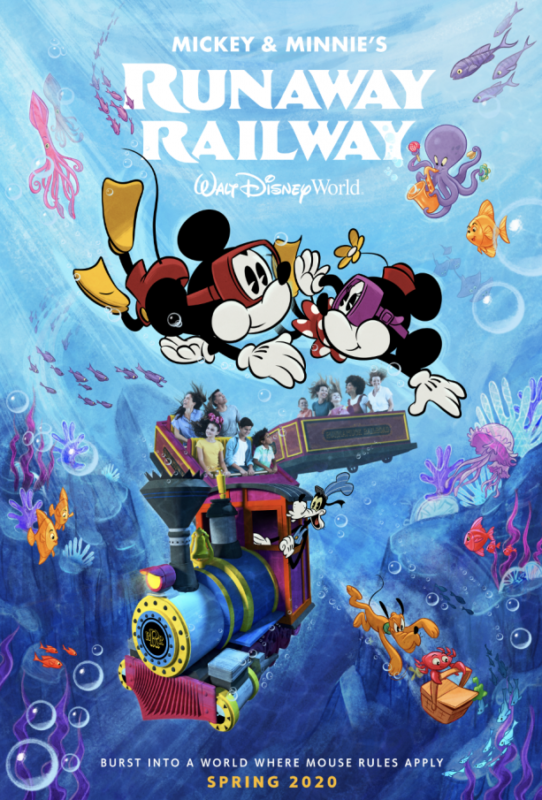 It’s a special day here – Mickey Mouse and Minnie Mouse are celebrating birthdays! And to mark the occasion, Disney has shared a new poster for Mickey & Minnie’s Runaway Railway coming to Disney’s Hollywood Studios in spring 2020.

On Mickey & Minnie’s Runaway Railway, guests will step through the movie screen and join Mickey, Minnie and friends like never before – bursting into a world where mouse rules apply.

The scene depicted in the underwater poster takes place after a twister drops guests and the characters in a tropical locale with 4 separate rooms. These individual rooms have a large screen and water effects that will spray guests as they teeter near the edge of a waterfall: 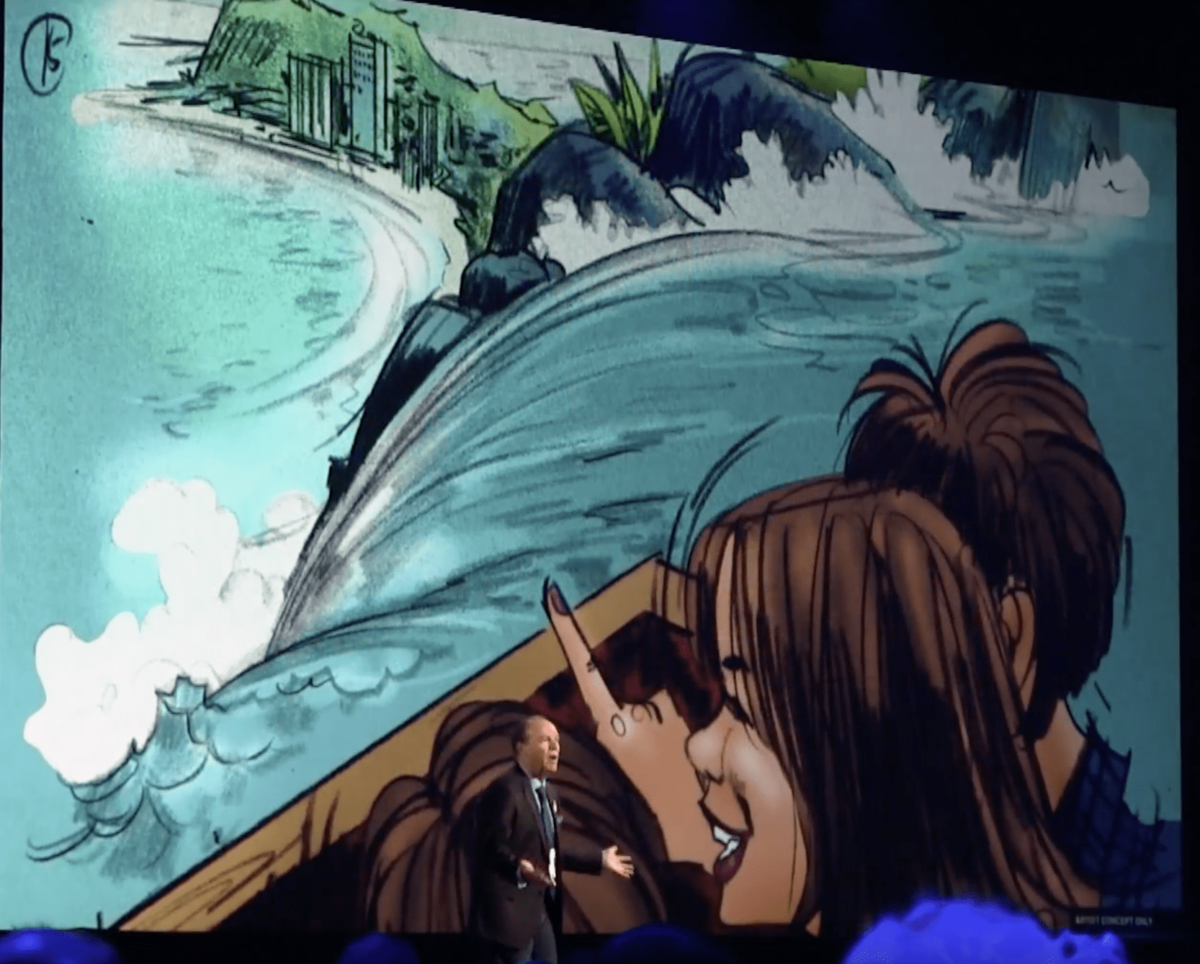 The train cars then go down a drainage pipe into the big city. You can check out a scene-by-scene breakdown of the entire attraction in our post here.

Mickey & Minnie’s Runaway Railway will transport you into the wacky and unpredictable world of Disney Channel’s Emmy® Award-winning “Mickey Mouse” cartoon shorts, where you’re the star. The park’s Chinese Theatre will serve as the magic portal through which you’ll step from the human world directly into the unforgettable cartoon world.