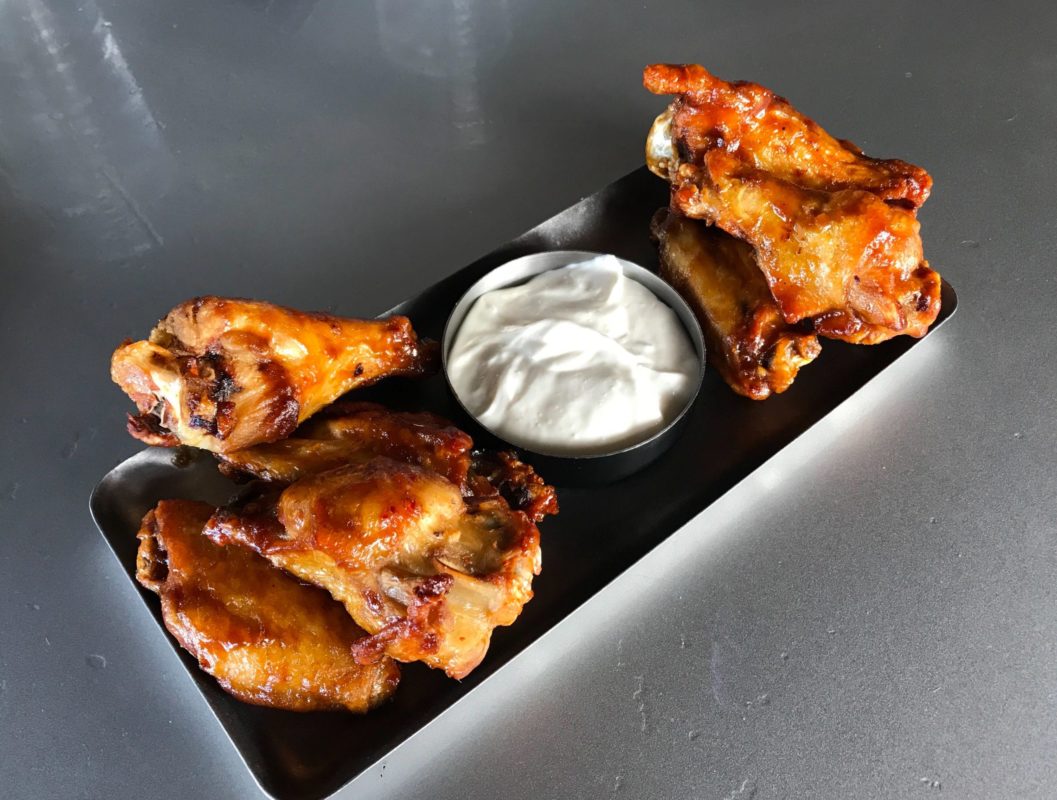 Over at Jock Lindsey’s Hangar Bar at Disney Springs, the worlds of George Lucas have collided once again. Direct from a galaxy far, far away, Club Obi Wan Chicken Wings have landed. We’re assuming this is a limited time, promotional offering to celebrate the release of Star Wars: The Rise of Skywalker on December 19th. Get your napkins ready and let’s see how these wings taste! 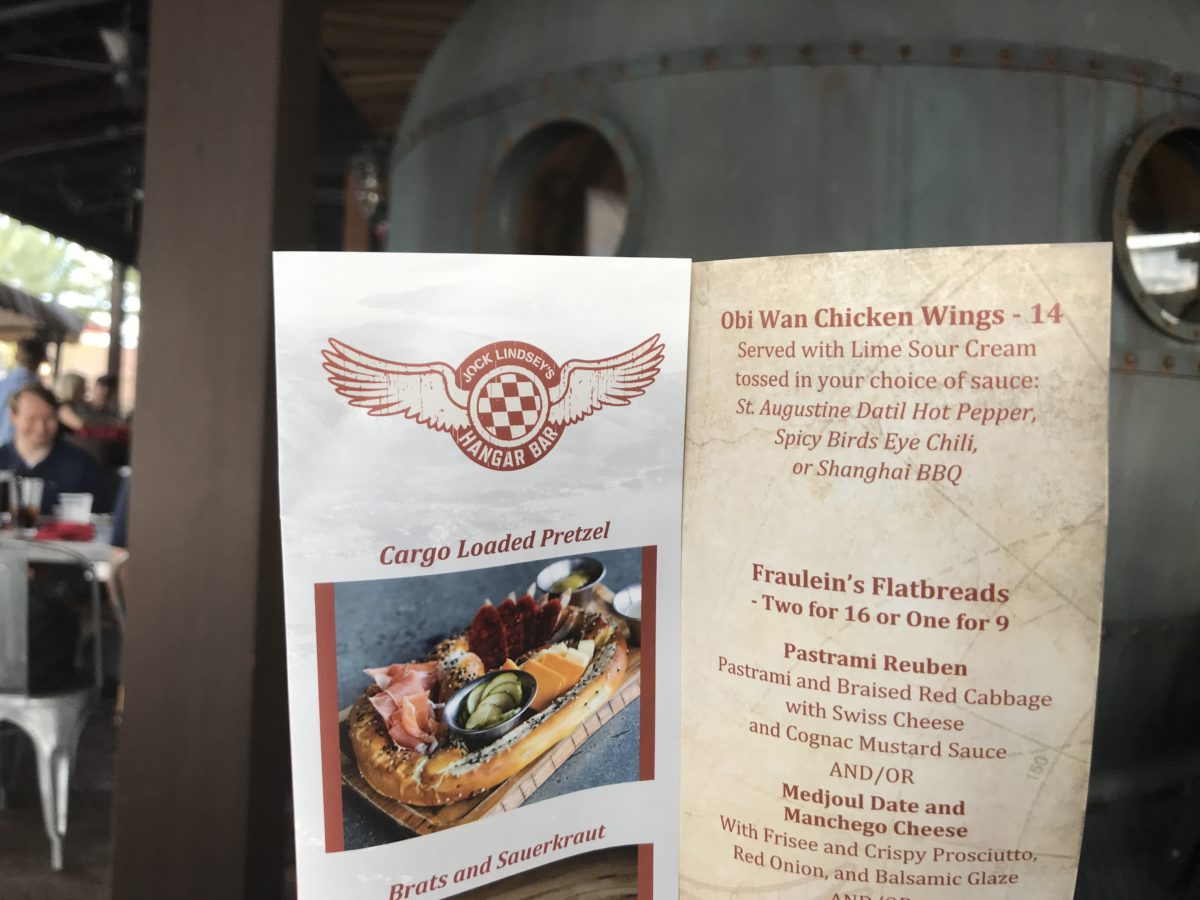 For $14.00, you receive eight chicken wings. We ordered our wings tossed in the mildest sauce, the Shanghai BBQ. 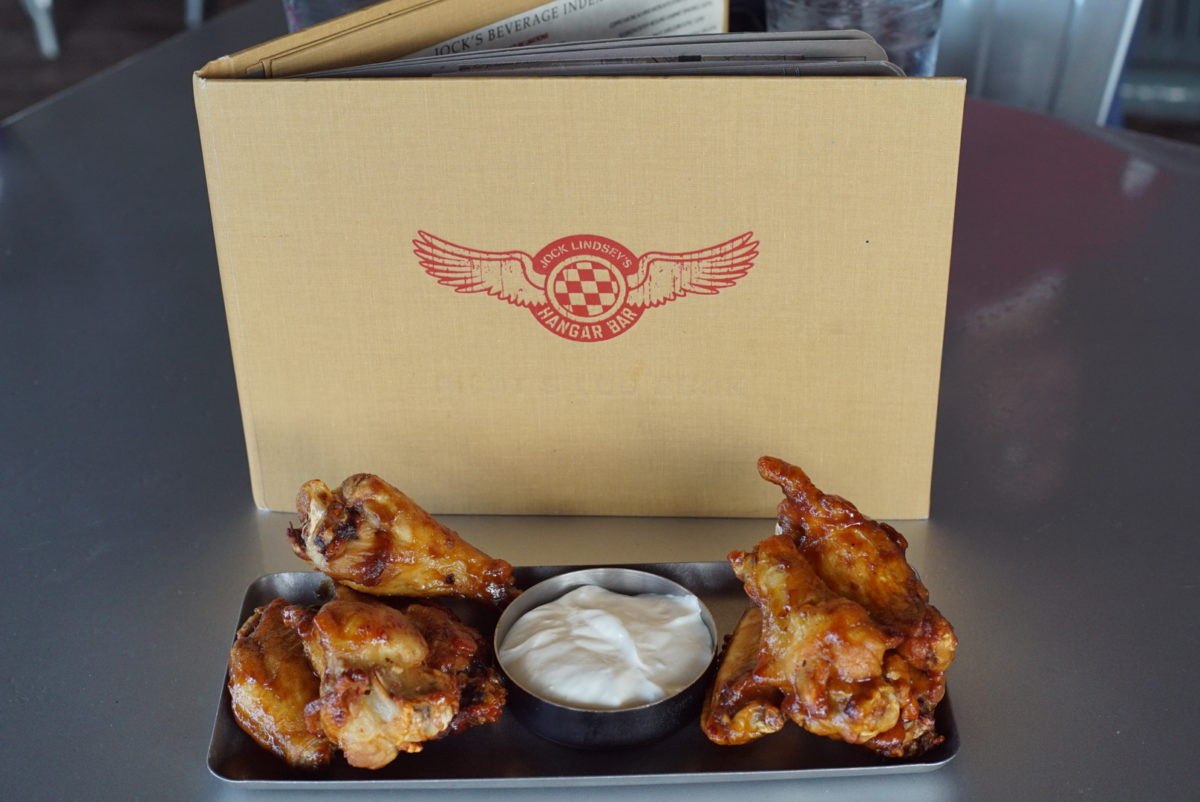 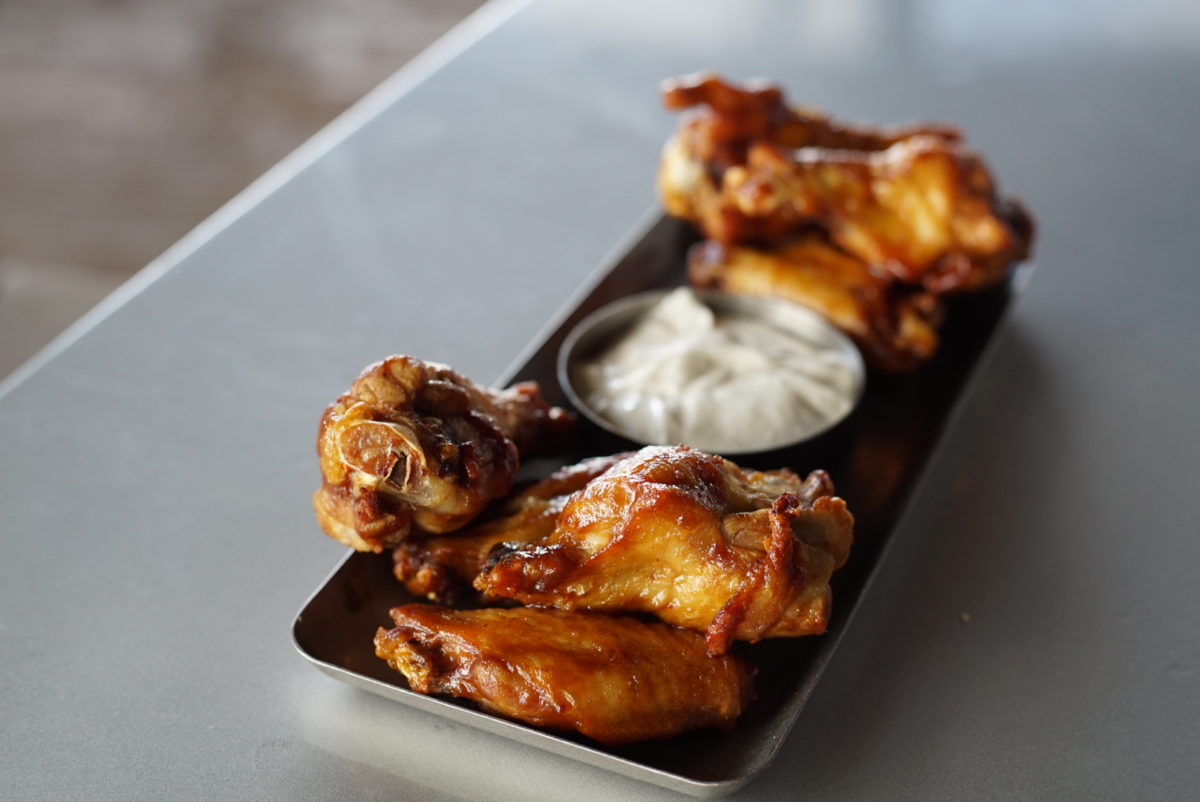 When the wings arrived to our table, they were evenly coated in the sauce. The BBQ sauce was thin, allowing it to stick well to the meat. It had a bold, tangy flavor with hints of sweetness, often found in a lot of Asian-inspired sauces. We also picked up on hints of vinegar associated with more traditional BBQ sauces. 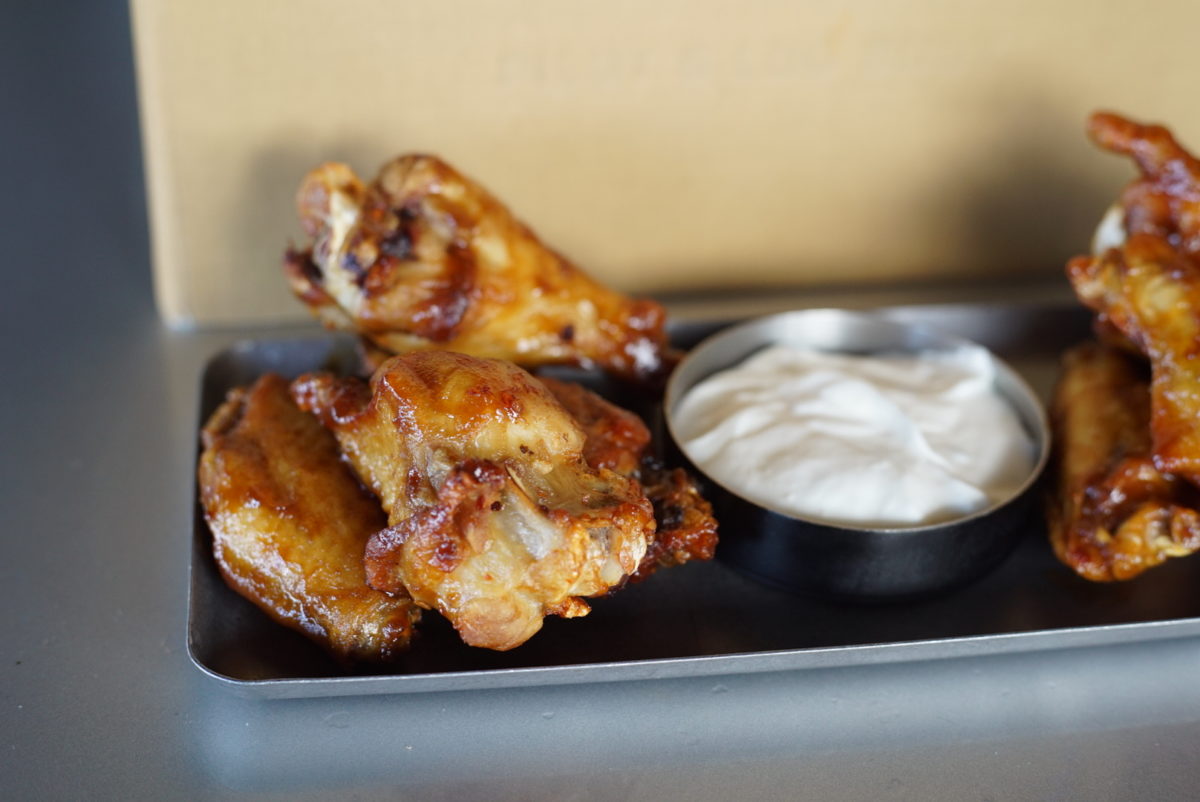 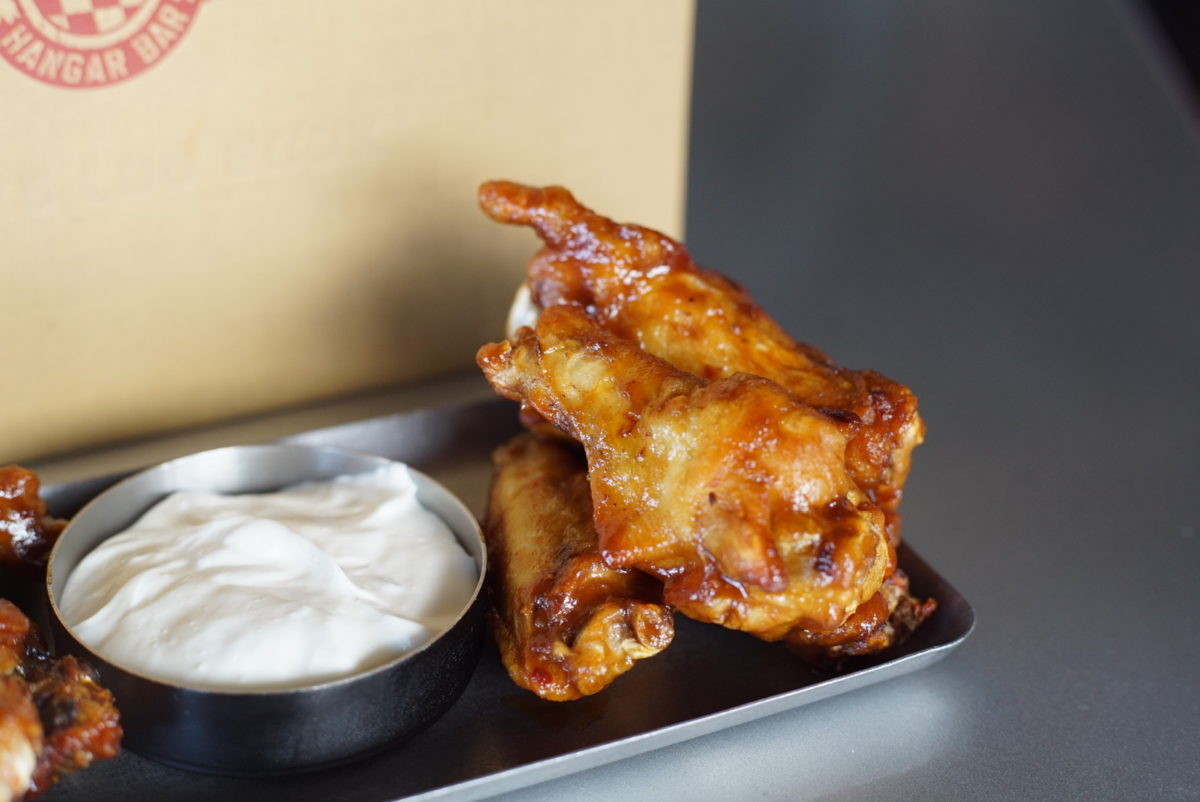 The wings were cooked perfectly, juicy on the inside with a slight crisp in the skin on the outside. 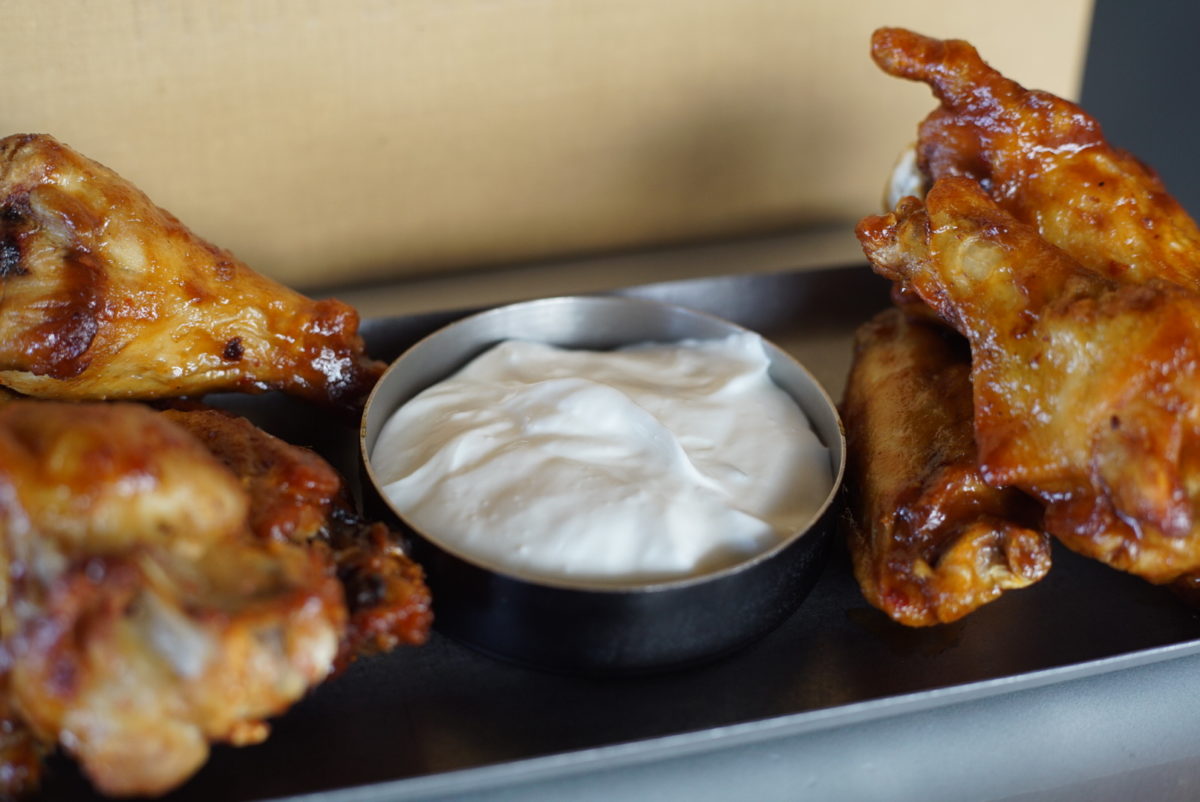 The wings were paired with a lime sour cream that was heavenly. The lime flavoring was strong, which was fine with us, because we love lime. The dipping sauce worked well with our wings, but we imagine it could be a fantastic compliment to the spicier-flavored wings.

All-in-all, these wings were a winner. We finished the entire plate and wanted even more! Our mouths are watering just writing this review. We’re secretly hoping that these guys will find a permanent place on the menu at Jock Lindsey’s Hangar Bar. Will you be trying the Obi Wan Chicken Wings?