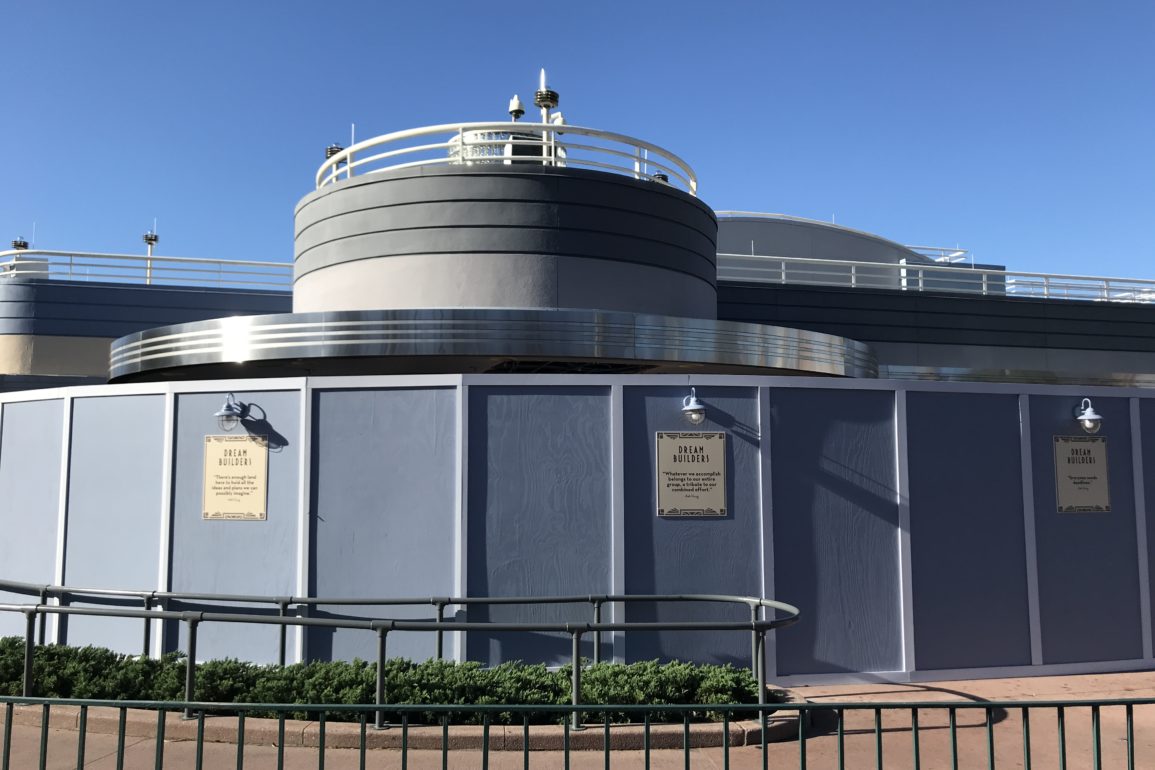 In Disney’s Hollywood Studios, new signs of work have appeared at the construction site for the Mickey Shorts Theater. We reported in September that construction walls were erected around the seasonal space that once housed Star Wars: Path of the Jedi. The Mickey Shorts Theater will be the first introduction of the contemporary Mickey Mouse cartoon shorts into Hollywood Studios. The Emmy-award winning cartoon shorts debuted on Disney Channel in 2013. The Mickey cartoons are set to become a mainstay in the park with the upcoming opening of Mickey and Minnie’s Runaway Railway using the same animation style. 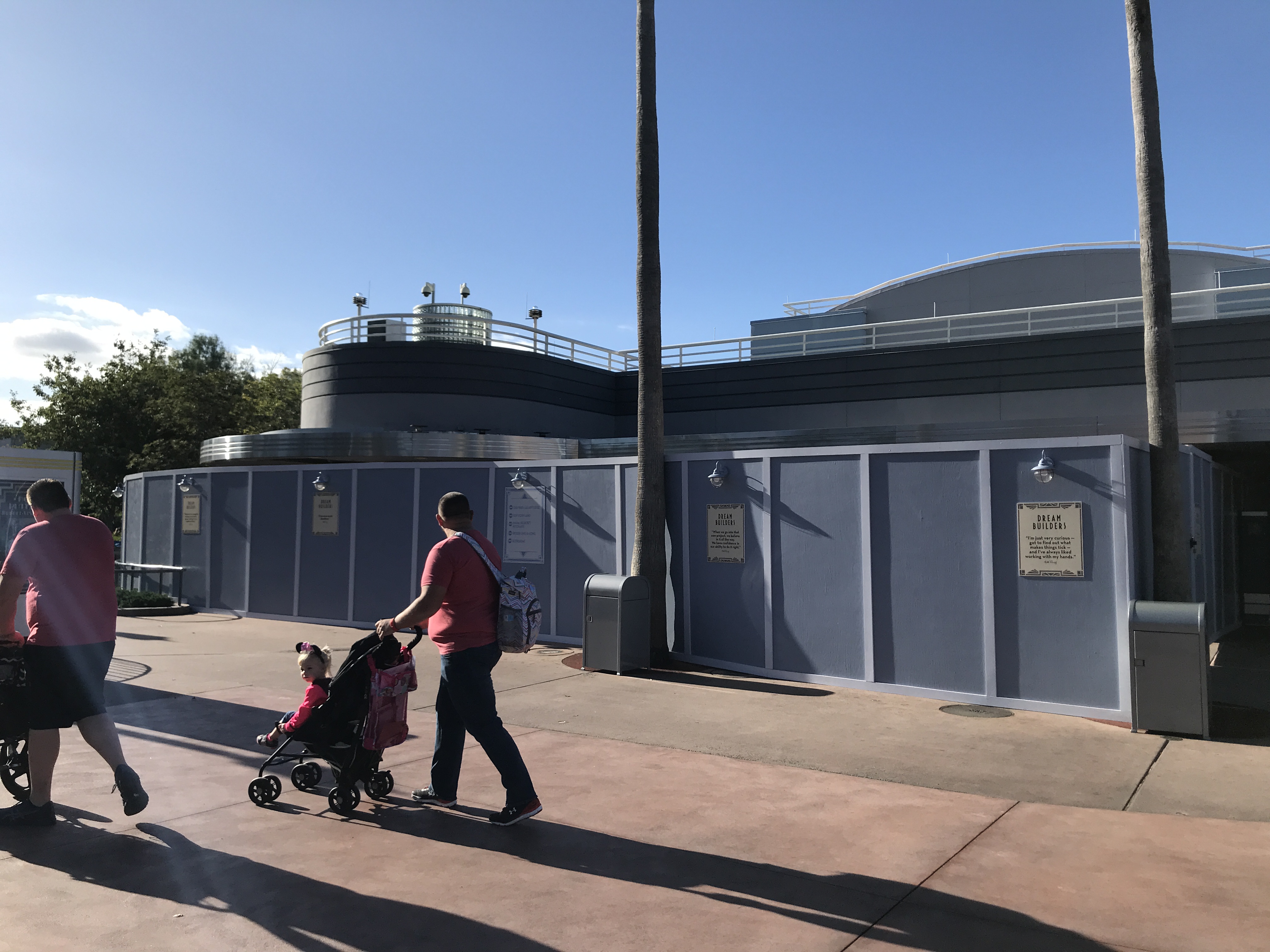 Blue construction walls wrap the circumference of the building tightly, making it difficult to see any signs of work. 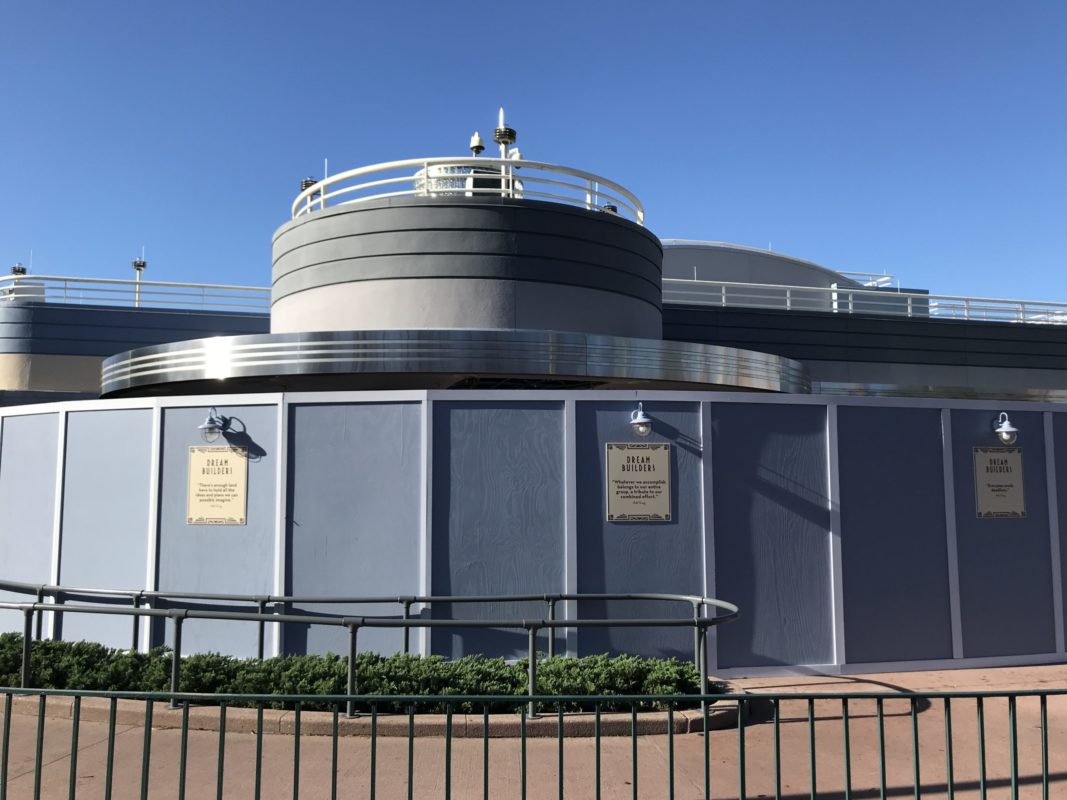 While walking around the construction walls today, it was clear that crew members were present and laboring away on something inside. 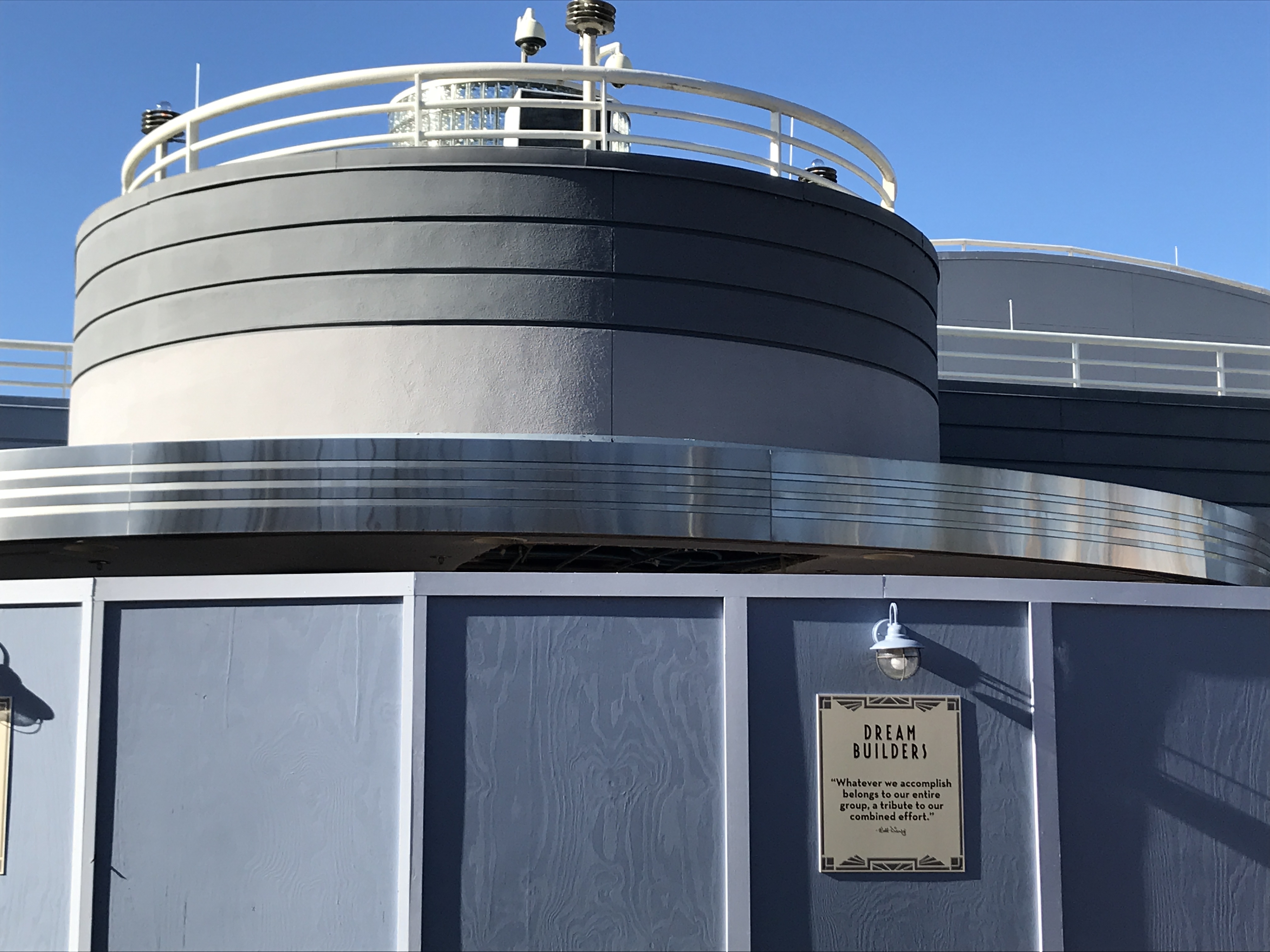 It took an eagle eye to spot this change. A piece of the ceiling had been ripped out. This was the only work showing from the walkway. With the amount of wires visible, it’s possible that this is prep work for new lighting in the theater’s outdoor area. 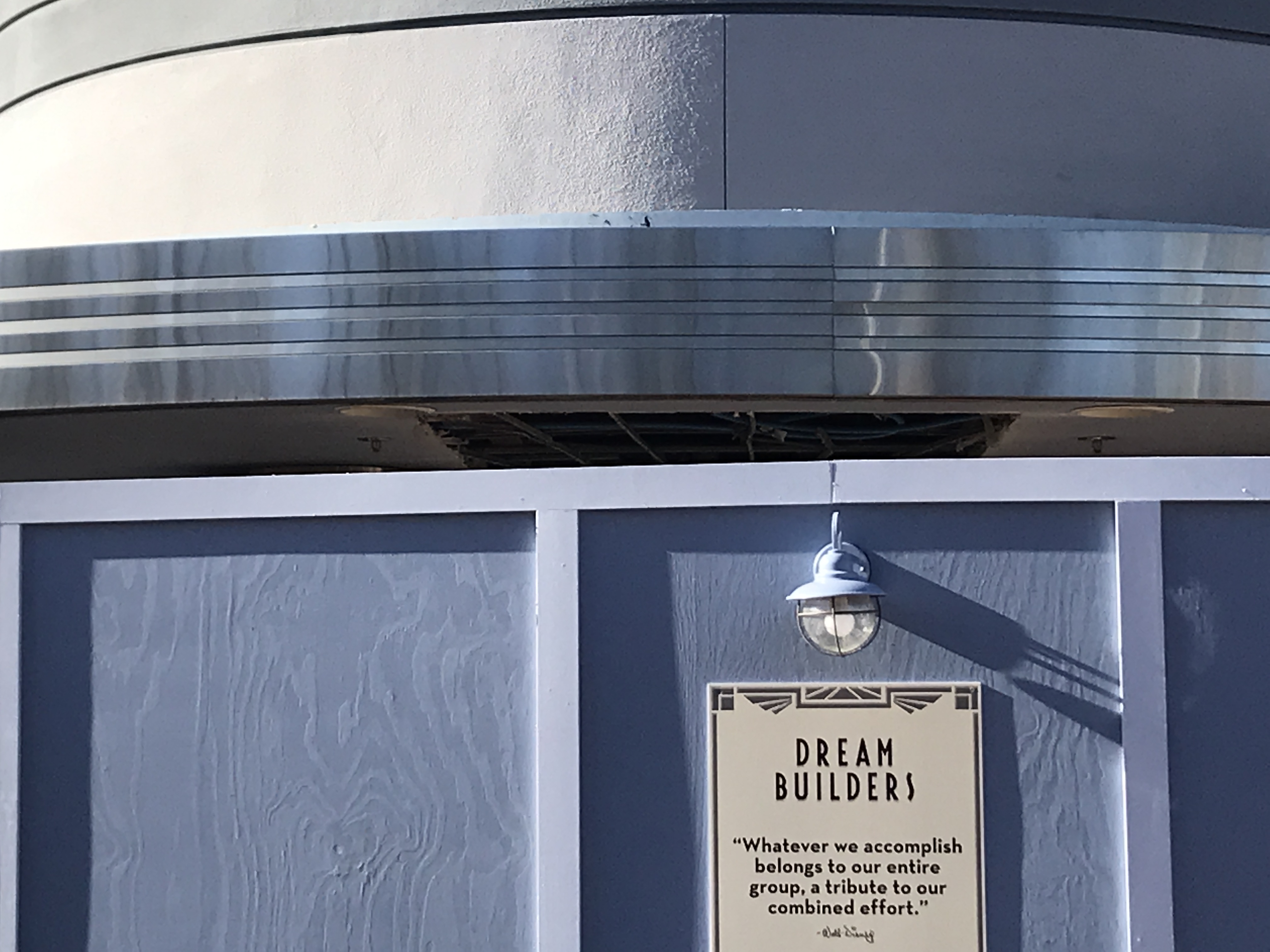 No official opening date has been set for the Mickey Shorts Theater. We’ll be keeping an eye out for any more changes to the theater’s exterior. Check WDWNT for all of the latest construction news throughout all of the Disney Parks!