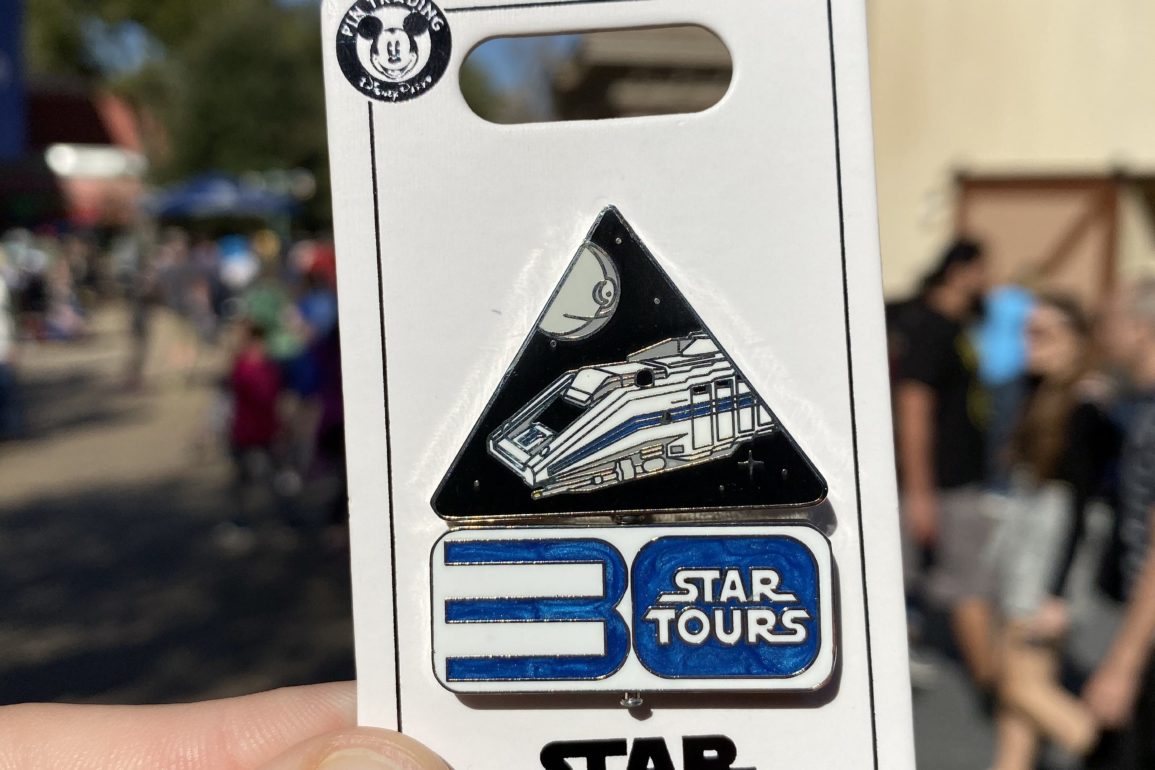 For 30 years, Star Tours at Disney’s Hollywood Studios has been taking guests and rebel spies on turbulent trips through Star Wars locations both new and old, and with a new location inspired by The Rise of Skywalker debuting soon, there are many more years of adventure left aboard the StarSpeeder 1000. To celebrate the attraction’s 30th anniversary, a small line of merchandise has been released, including a T-shirt and a limited edition pin! 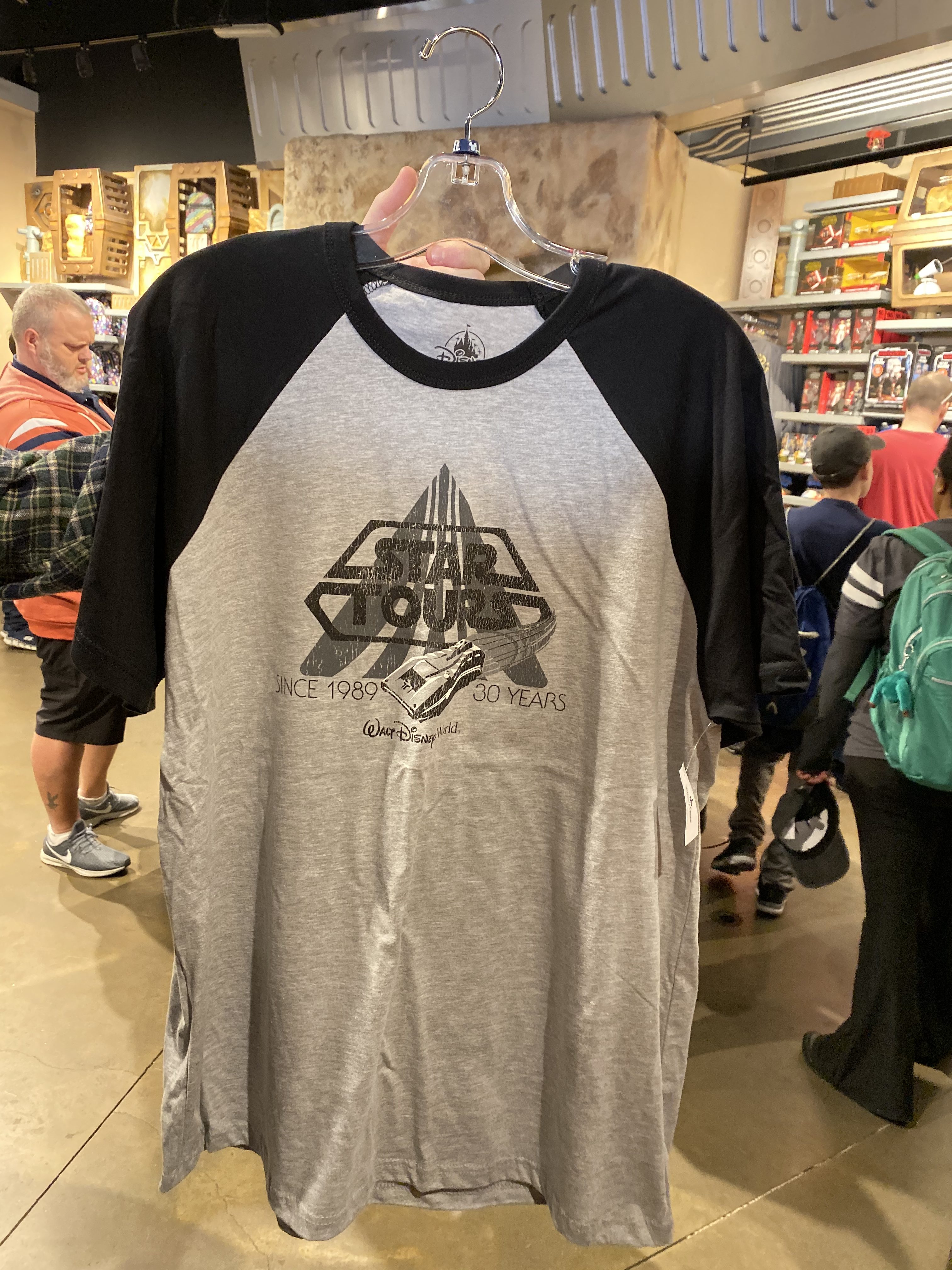 The raglan tee comes in grey with black three-quarter sleeves and the Star Tours logo with a StarSpeeder and the words “Since 1989 – 30 Years” alongside the Walt Disney World logo. 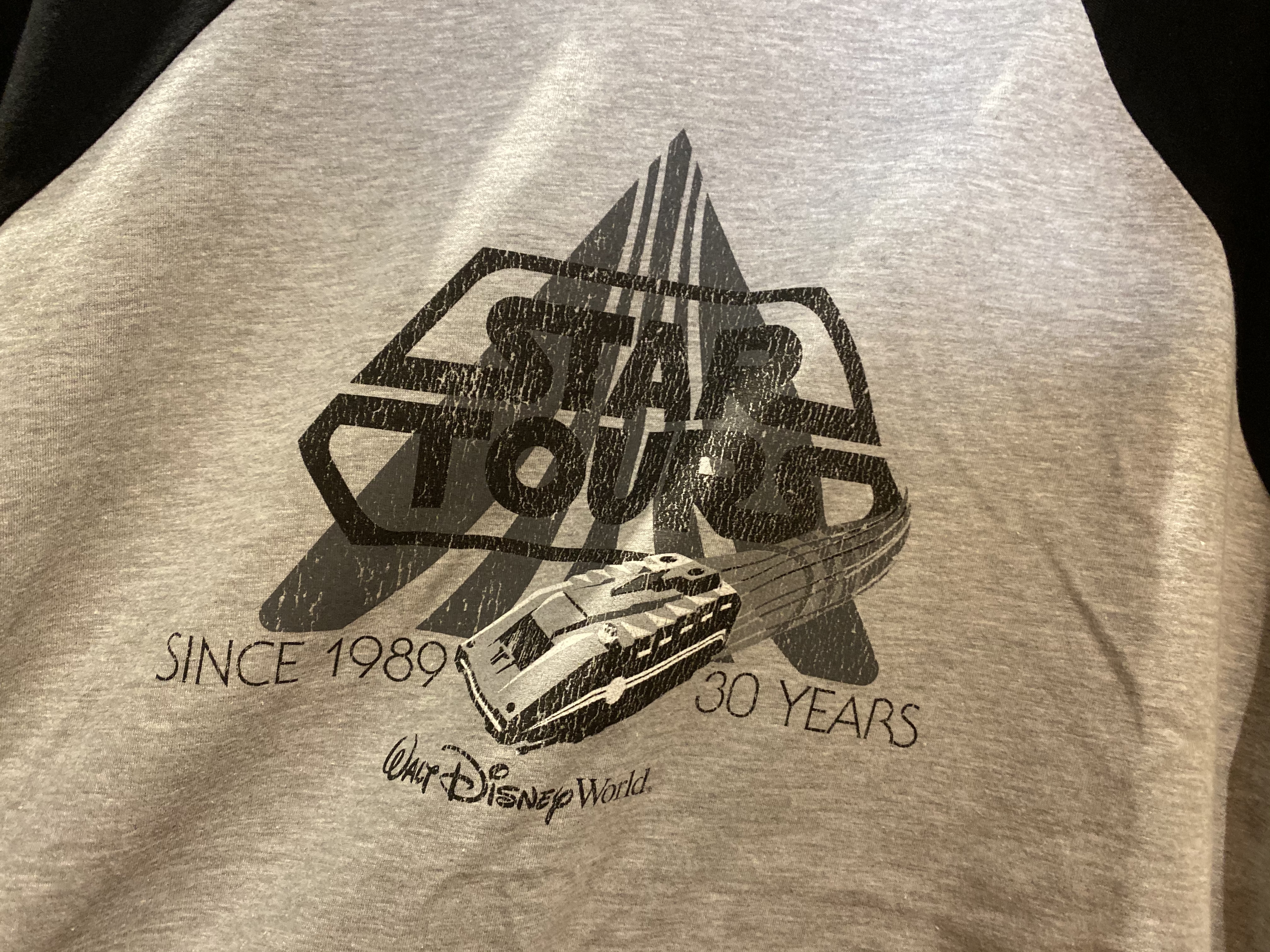 There’s a weathered look to the shirt printing, and after you’ve been on a trip aboard Star Tours, it only makes sense. 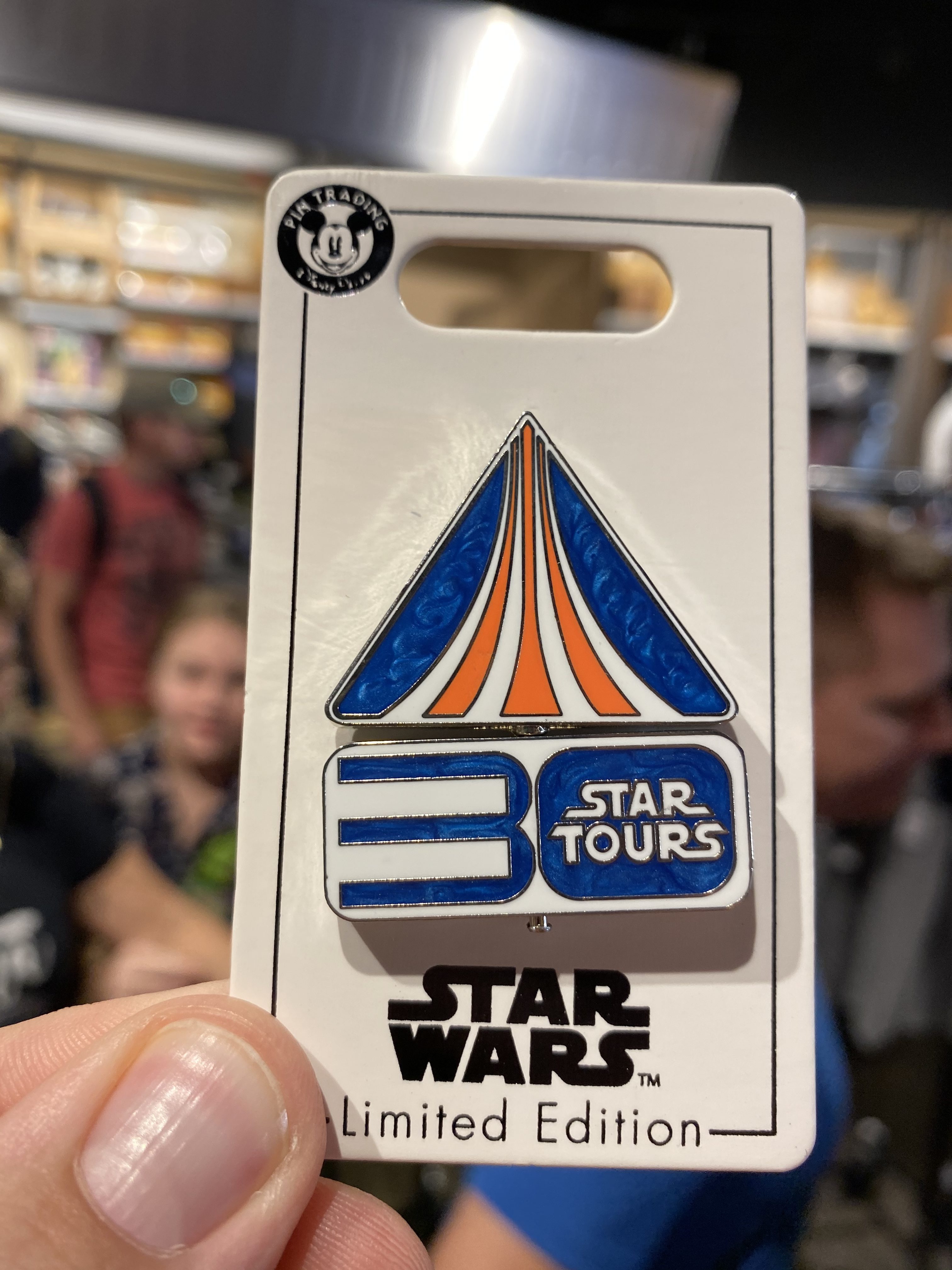 This stunning 30th anniversary pin features the attraction logo in white and orange enamel with swirled irridescent blue enamel. Best of all, this limited edition pin is a spinner! 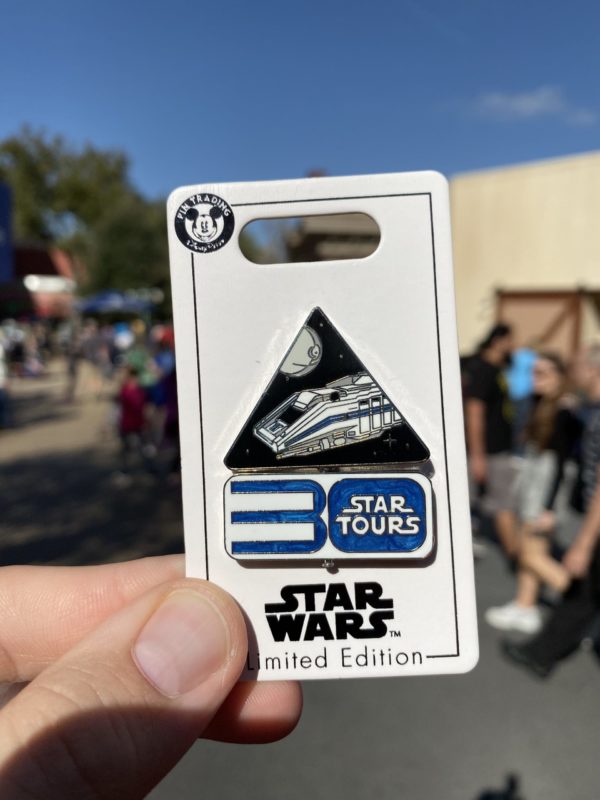 Turn it around to show a scene with a StarSpeeder and the Death Star in the distance. This pin is a definite need.

Will you be taking a few rides on Star Tours for its 30th anniversary? It’s the perfect way to pass the time while waiting for your Boarding Group to be called aboard Star Wars: Rise of the Resistance.