If you’re in need of some interplanetary refreshment, look no further than this new set of droid-powered Coca-Cola stands that have just landed at Star Wars: Galaxy’s Edge in Disneyland. The eye-catching carts first made their debut during media previews in Disney’s Hollywood Studios over the summer, but now it seems they’re being made permanent additions to the land on both coasts. These stands sell the famed thermal detonator-style Coca-Cola products that were designed exclusively for Galaxy’s Edge. The bottles feature special logos for Coca-Cola, Diet Coke, Sprite, and Dasani water, all written out in Aurebesh. Those same logos are seen printed on these stands.

Currently, you can find a handful of these stands scattered around Black Spire Outpost, where you can purchase the Coca-Cola products at a slightly higher price compared to Kat Saka’s Kettle. It’s still a fun experience, as the carts are heavily themed and weathered to match the rest of the landscape on Batuu. 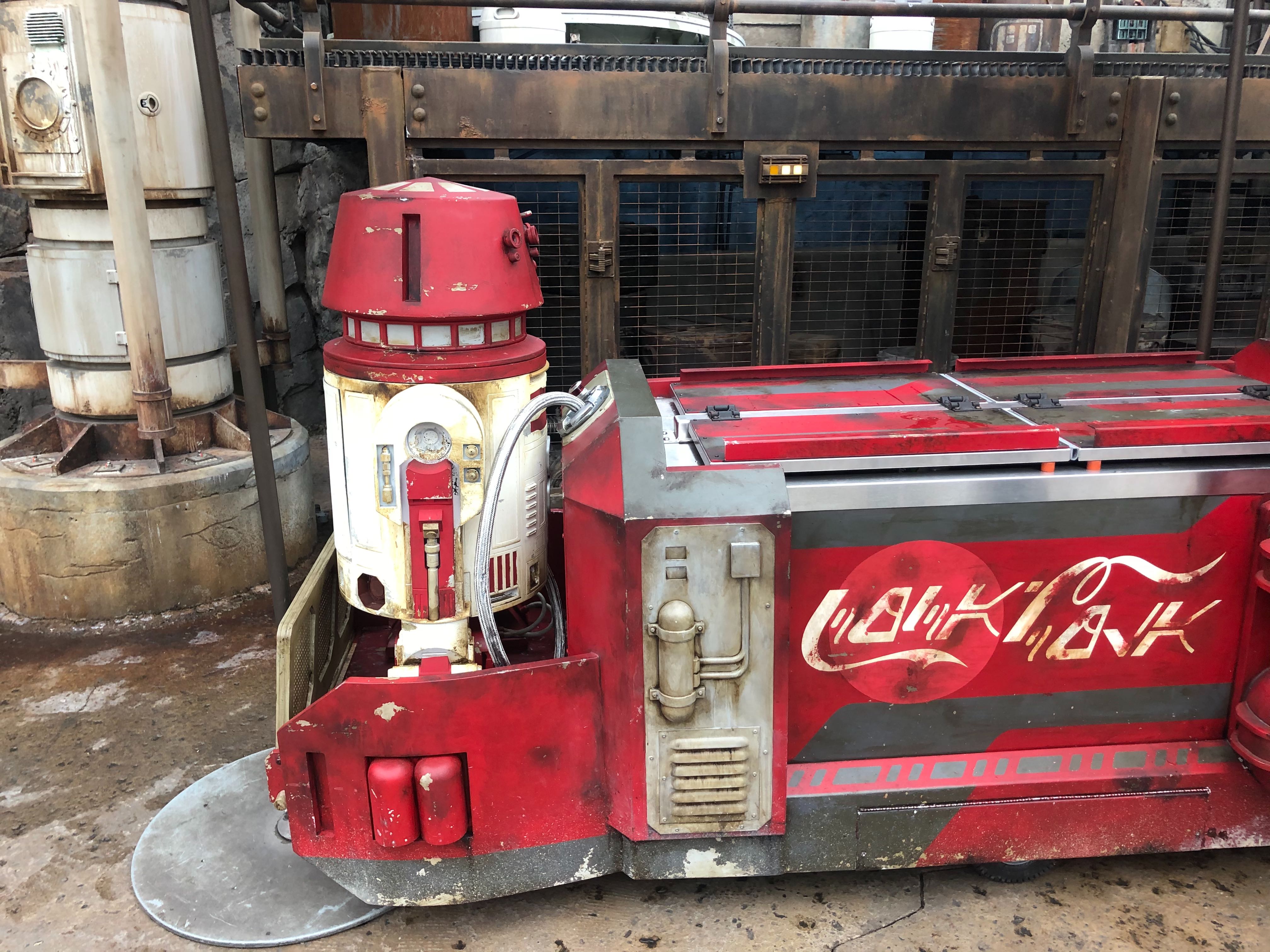 An R5- unit sits at the helm of the red Coca-Cola stand. 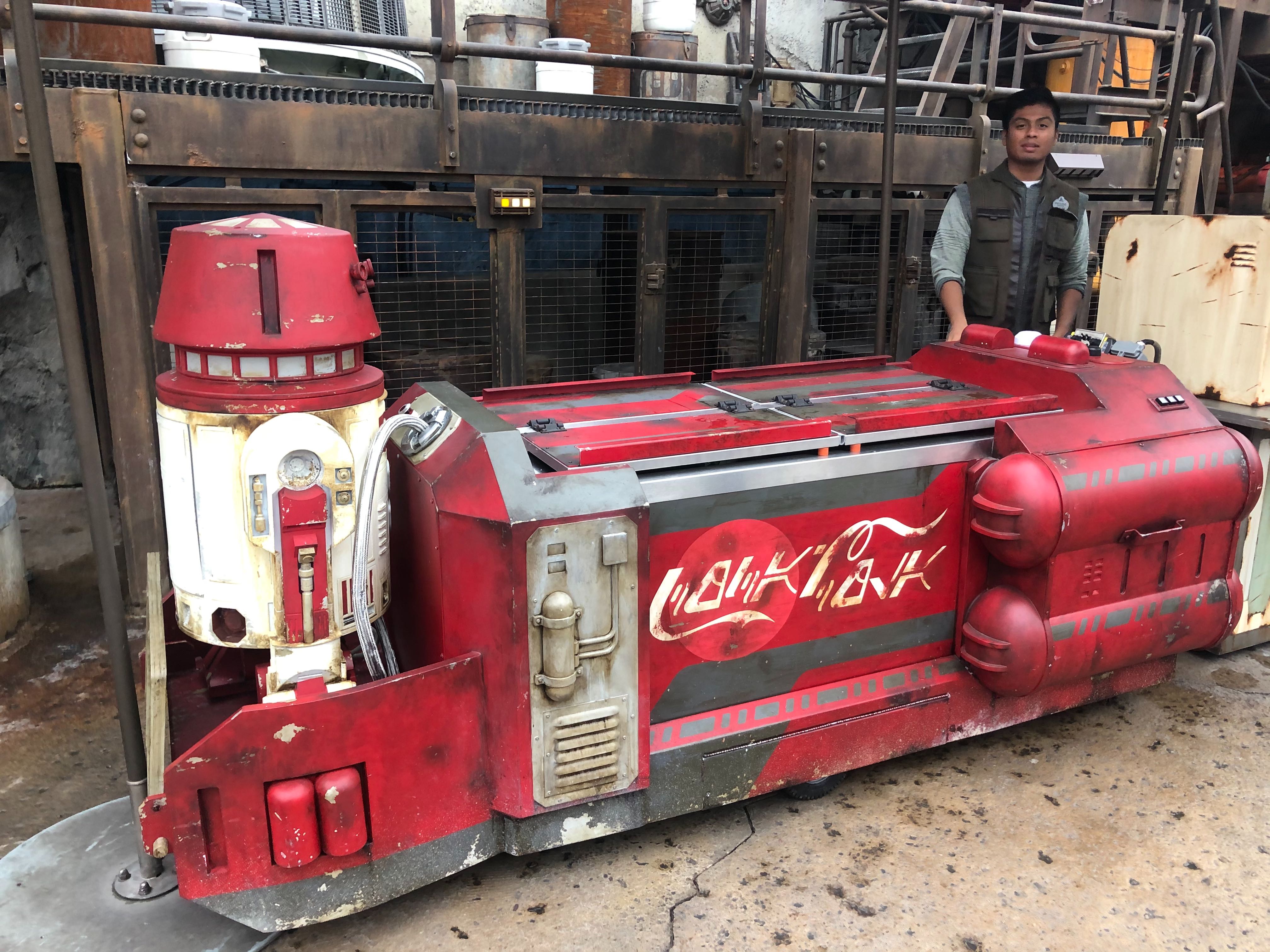 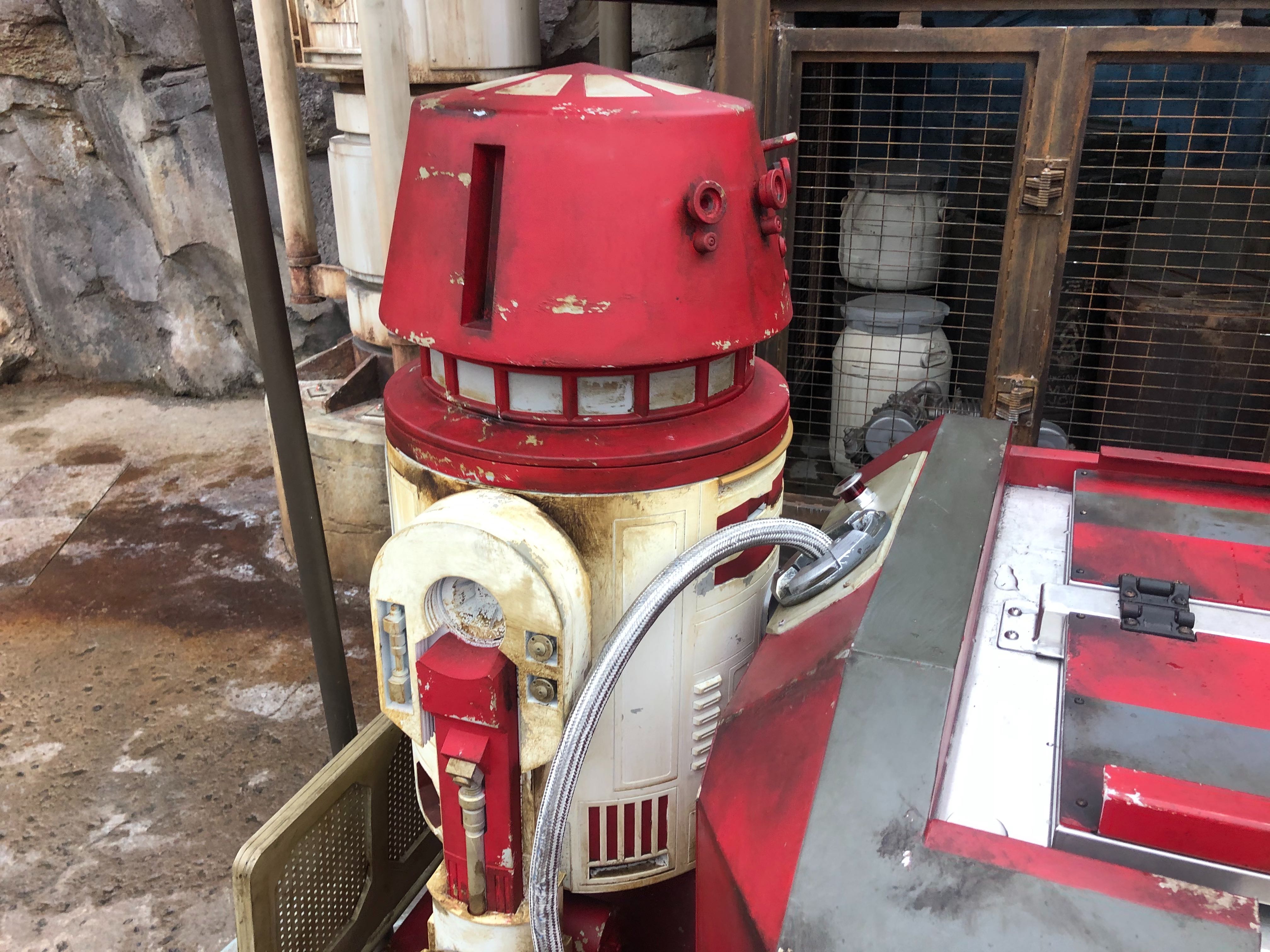 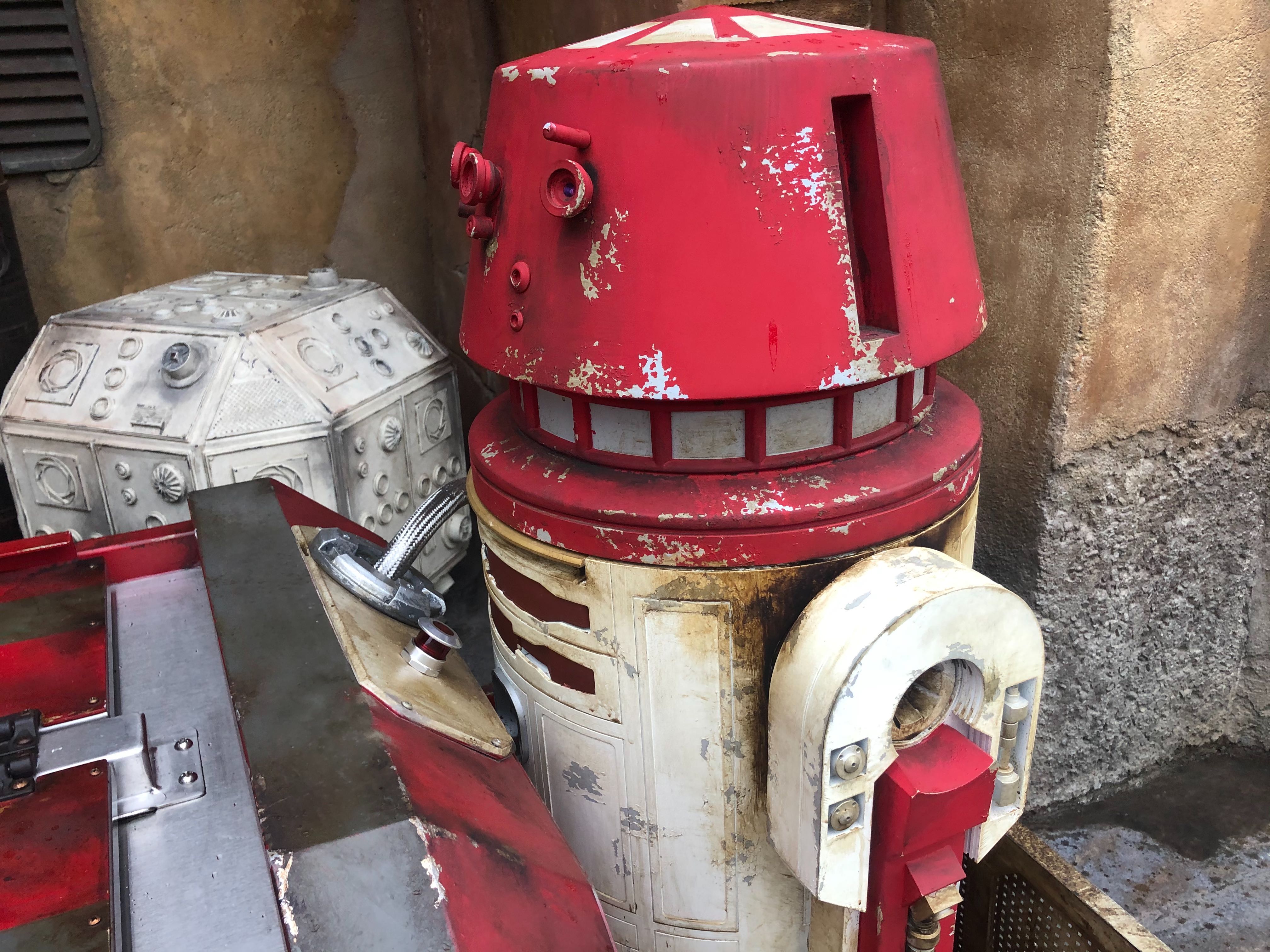 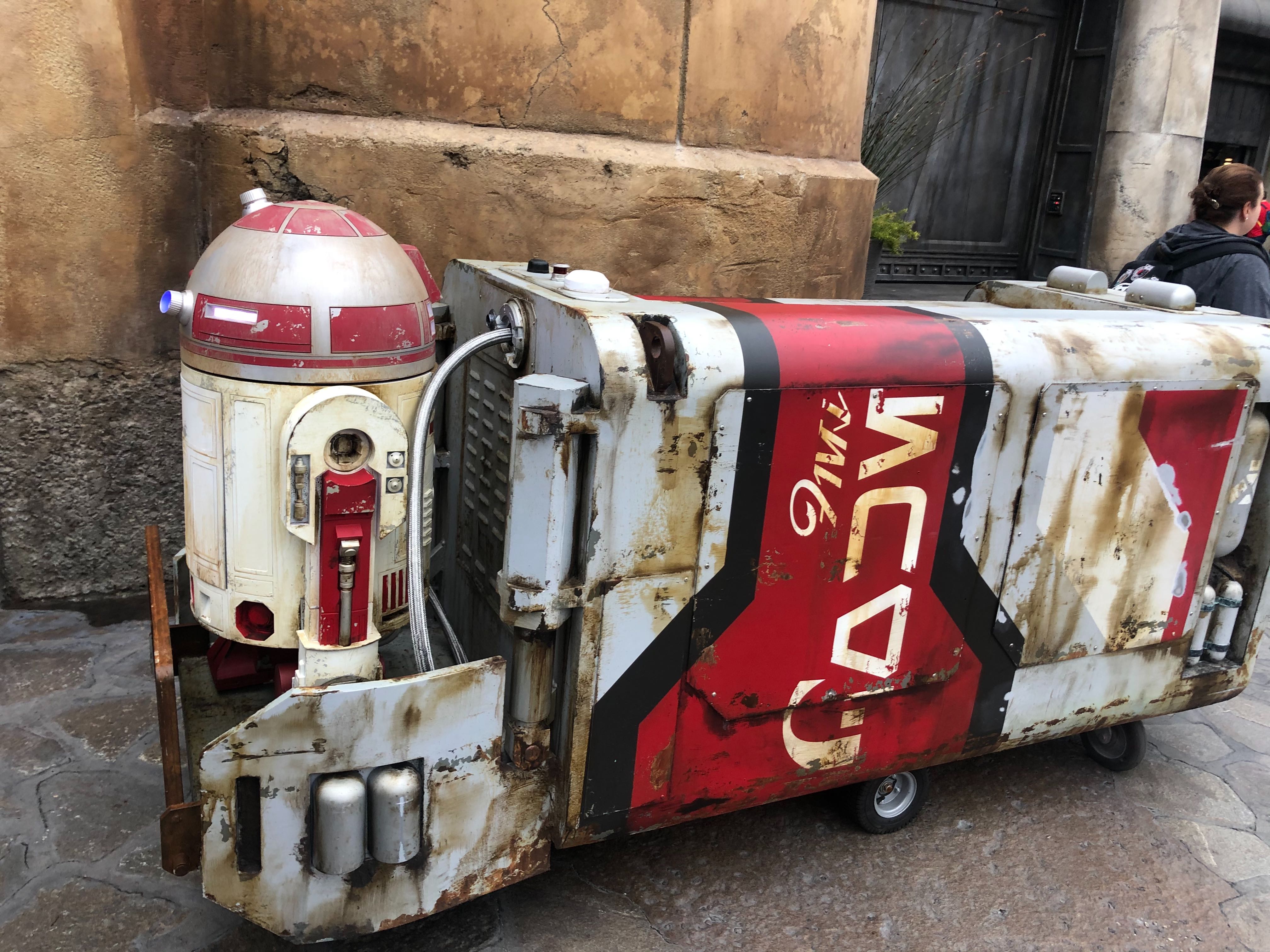 I love that they gave Diet Coke its own stand. After all, it has just as fervent a following as the original Coca-Cola, and it’s fun to see how they made the cart match the classic red and white logo. (Can we get a First Order-themed Coke Zero bottle and cart?)

An R2- unit is at the helm of this cart, as well as a green one for the Sprite cart (not featured.) Both this and the Sprite cart are used as stocking carts for the main Coca-Cola one. Much like the droids in the Star Wars universe, these R-series units act as “pilots” to navigate the carts to their respective locations. Of course, local Batuuans are usually on standby to offer Coke products in exchange for galactic credits. 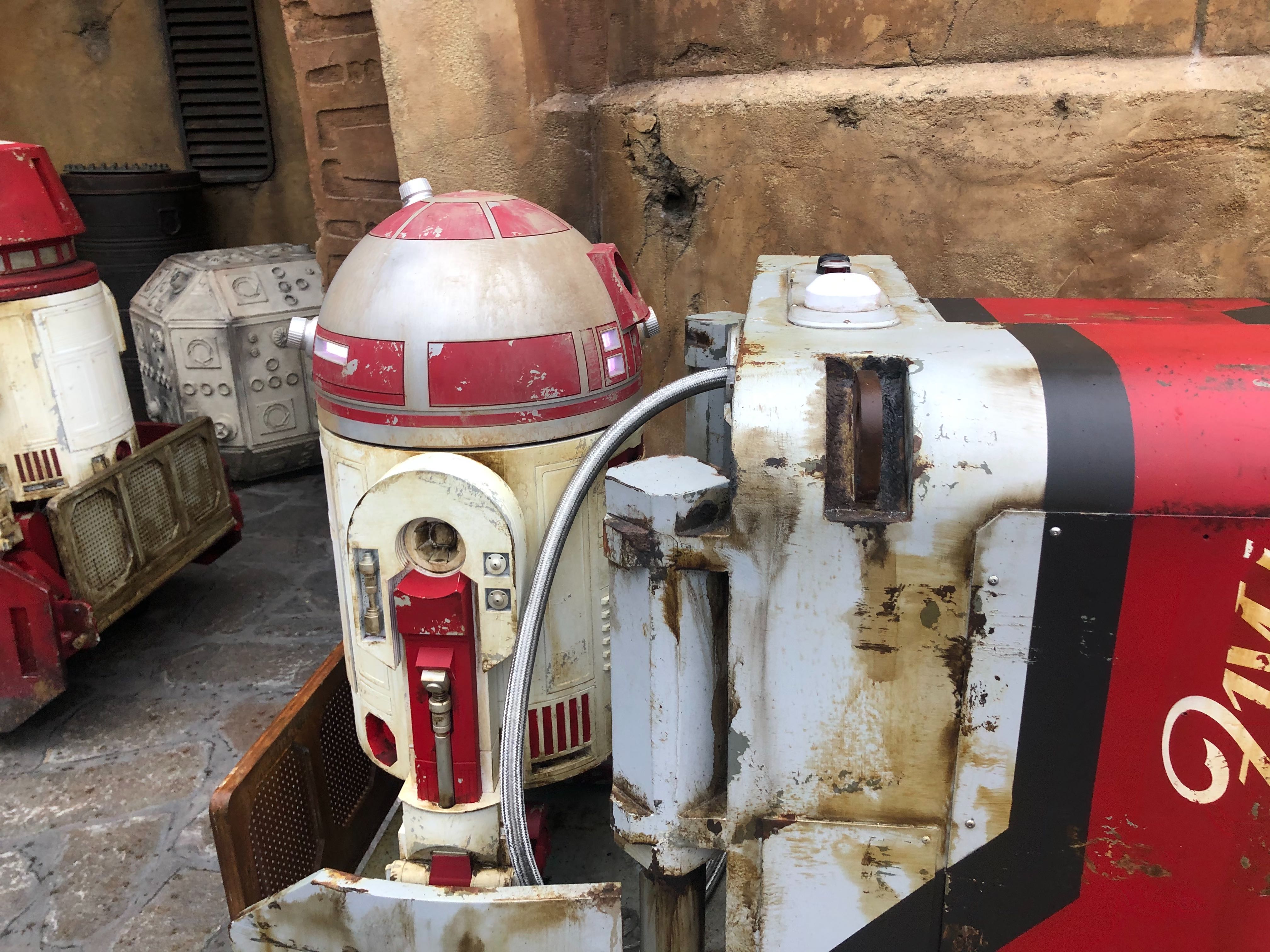 These themed soda products now cost $6, with the Dasani bottles now at $4.25. Price increases aside, we love these carts and hope they’re here to stay. ‘Til the Spire!