There’s no doubt that Disney hit a home run with the neat specialty line of thermal detonator-style Coca-Cola product bottles, designed just for Star Wars: Galaxy’s Edge. Ever since they were announced at Star Wars Celebration back in April, everyone went instantly nuts over them, and now that they’re available at both lands in Disneyland and Disney’s Hollywood Studios, you’ll find that seemingly everyone has a round detonator bottle in their hands.

Between the custom logos written in Aurebesh, and the fact that they’re a great, inexpensive souvenir (albeit pricey for soda, all being said), people line up at stands all across Batuu, or at Kat Saka’s Kettle (pro tip: they’re slightly cheaper there) to pick up their portable themed refreshment pods. Bottles range from $5 to $6 depending on where they’re purchased.

While we’ve traveled Batuu extensively at Disneyland, and have even been lucky enough to get into previews here at Disney’s Hollywood Studios, we’ve yet to see something that was just rolled out today for the media preview on the fan-dubbed “Batuu East”:

That’s a good thing, by the way.

That’s right, there will also be a themed, Aurebesh-logo’d Coca-Cola bottle stand at Star Wars: Galaxy’s Edge. Most of the Coke stands are appropriately “Batuu” themed, with rudimentary elements and large, wrought iron tubs full of ice with all the round bottles nestled within, but none so far have had these outright themed elements.

The entire cart is classic Coca-Cola red, with tanks and wiring panels out front. On the side, there’s even a Coca-Cola themed R-5 series droid at the helm. Over to the right, you have a weathered station with an umbrella nearby, probably for the point of sale elements.

Out of all the things I’ve seen on Black Spire Outpost, I’m almost ashamed to admit that this is one of the coolest.

They’re just the Christmas bottles with a different cap. 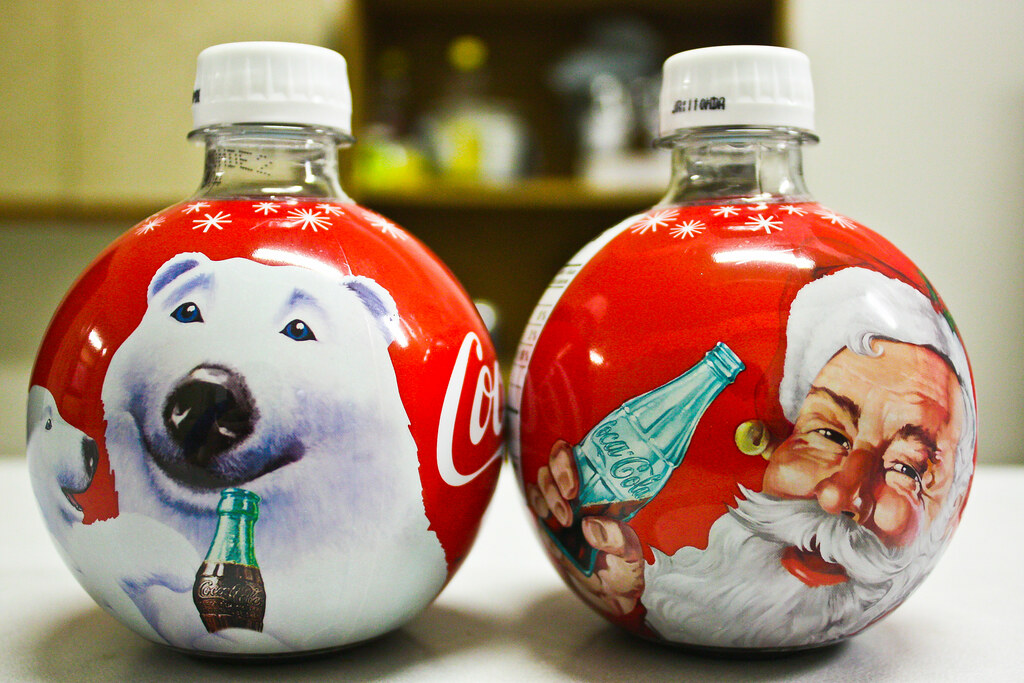 Very cool! Thanks for posting that.