UPDATE: While FastPasses for Millennium Falcon: Smugglers Run ran out quickly after the initial announcement of their availability was made, it appears a limited number of FastPass time slots have been replenished and are now up for grabs on My Disney Experience: 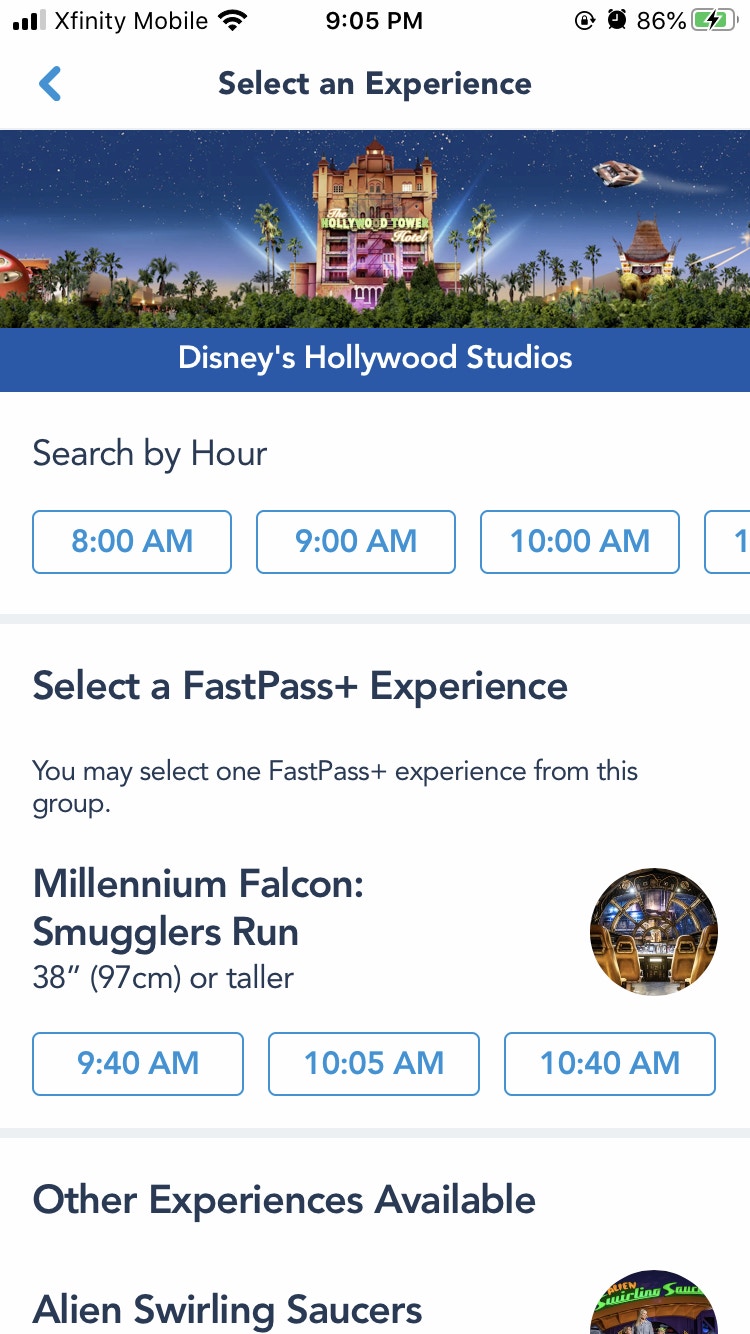 For February 19, the options seem to only be in the morning, but there are additional FastPass slots now available on the 20th through that weekend as well. Happy planning!

FastPass+ reservations for Millennium Falcon: Smugglers Run are available in the My Disney Experience app for those planning visits on or after Feb. 19.

Millennium Falcon: Smugglers Run combines immersive storytelling with interactive gameplay and makes guests the protagonist of their own Star Wars adventure! When it’s time for the mission to begin, guests will be assigned one of three critical roles: Pilots, Gunners and Flight Engineers. The goal is to smuggle goods while avoiding any unnecessary entanglements.

During this time, Star Wars: Rise of the Resistance will continue to operate a virtual queue, with the possibility of transitioning to FastPass+ in the future.