The official Twitter account of James Cameron’s Avatar film franchise has released new concept art informing fans that they won’t just be returning to Pandora in the sequel, they’ll be exploring new parts of the vast world…

For fans of Avatar – Flight of Passage at Disney’s Animal Kingdom, many of these scenes may seem familiar––and that’s because they are. According to film producer John Landau, instead of exploring new planets, all of the Avatar sequels will seek to explore the planet even further. Avatar 2 will focus on the underwater world of Pandora’s oceans. Some of the creatures featured in the attraction will also make an appearance in the sequel. 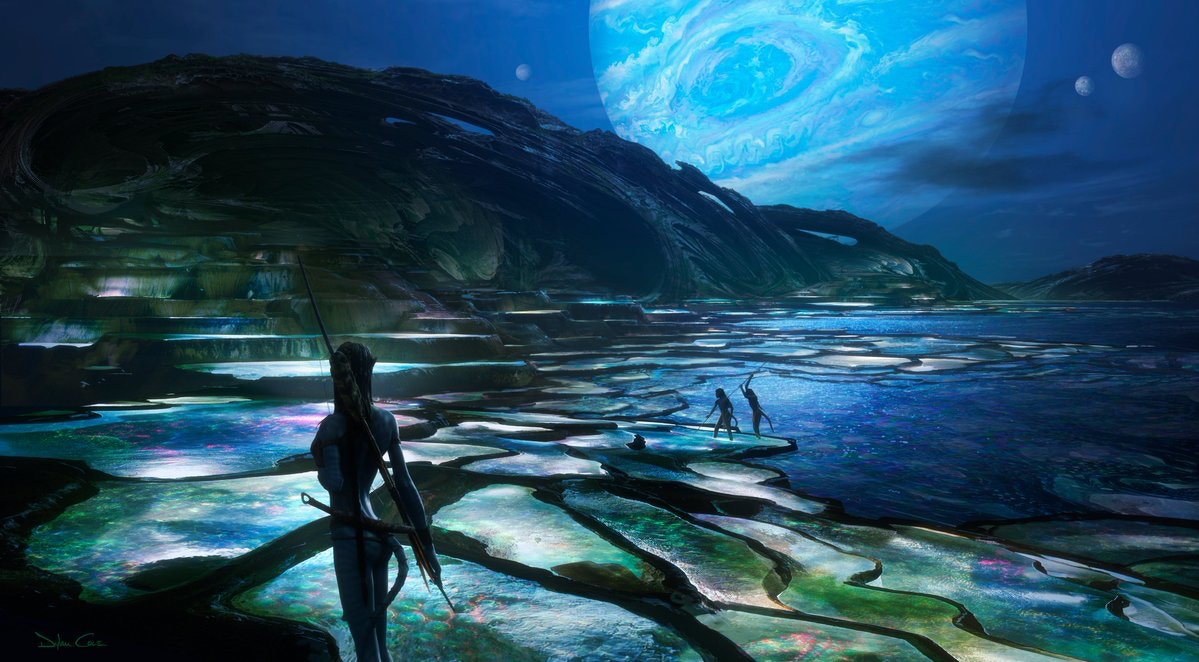 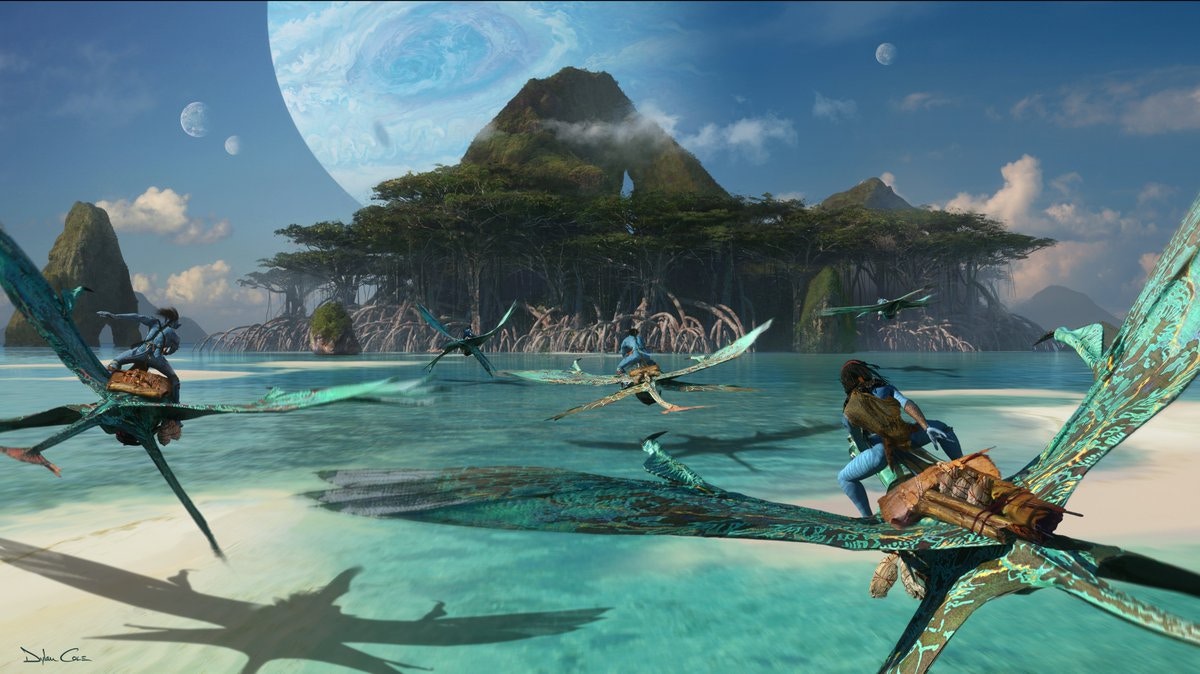 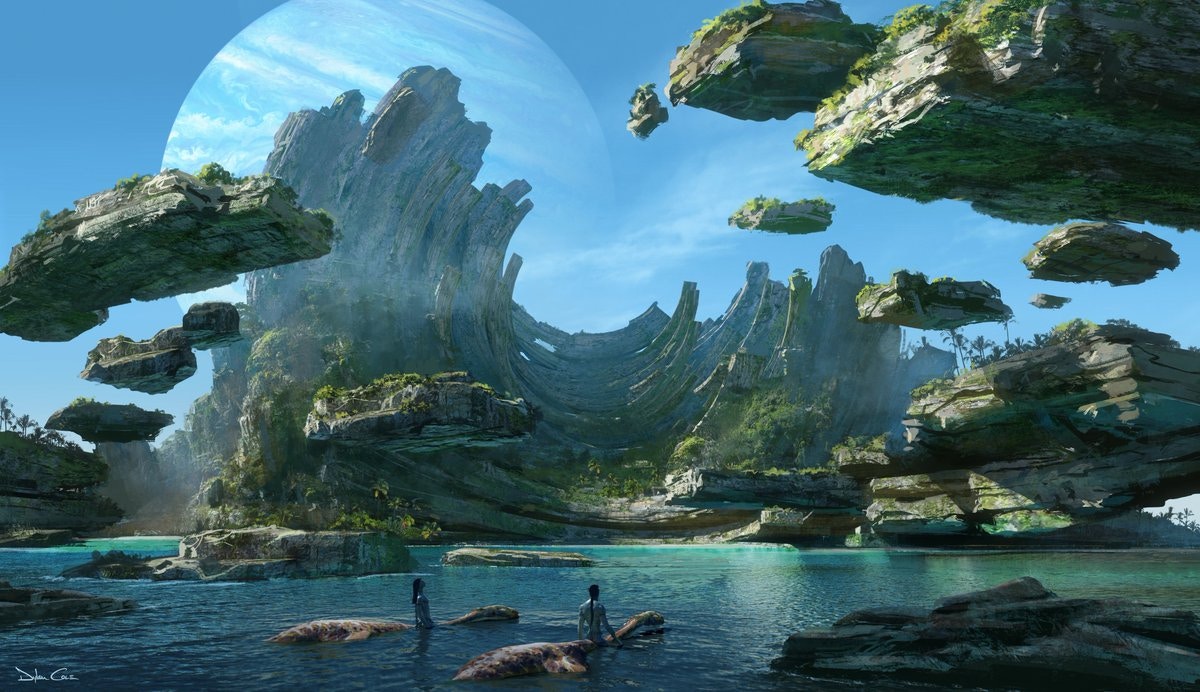 As for the new locations, like the large Jupiter-like planet and moons looming in the background, it will be interesting to see if these new locations make it onto new versions of Avatar – Flight of Passage in the future. Much like recent changes to Star Tours for the release of Star Wars: The Rise of Skywalker, the benefit to screen rides is that you can update the footage when things change.