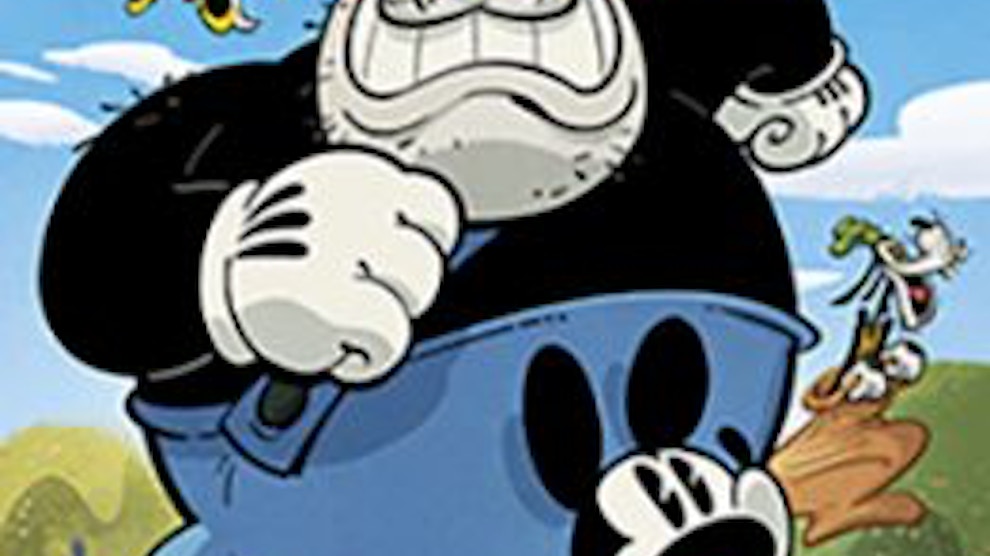 The new “Three-Legged Race” poster features Mickey and Pete teaming up for a big race after Minnie chooses to partner with Daisy.  As you can see in the cartoon video short, Mickey wants to win “fair and square”, but not every racer agrees with that approach, including Pete!

Before stepping into an amazing cartoon world, you’ll see posters of existing award-winning Mickey shorts that might have previously premiered at the Chinese Theatre – all created specifically for the attraction by Walt Disney Imagineering and Disney Television Animation.

And as many of you may also know, during adventures on Mickey & Minnie’s Runaway Railway, you’ll be entering the NEW Mickey Mouse cartoon short “Perfect Picnic!” for an one-of-a-kind experience where anything can happen. Why? Because here, mouse rules apply!

Be sure to check out the “Three-Legged Race” video short for a look inside an amazing cartoon universe you’ll be able to experience like never before at Mickey & Minnie’s Runaway Railway beginning March 4, 2020, at Disney’s Hollywood Studios and later at Disneyland park in 2022.

Hope they have extra posters prepared, you know: just in case….

I watched this cartoon last night! What a coincidence! It also happens to be my favorite of them all!

Hey, let’s go for a race! Who’s opens the latest!