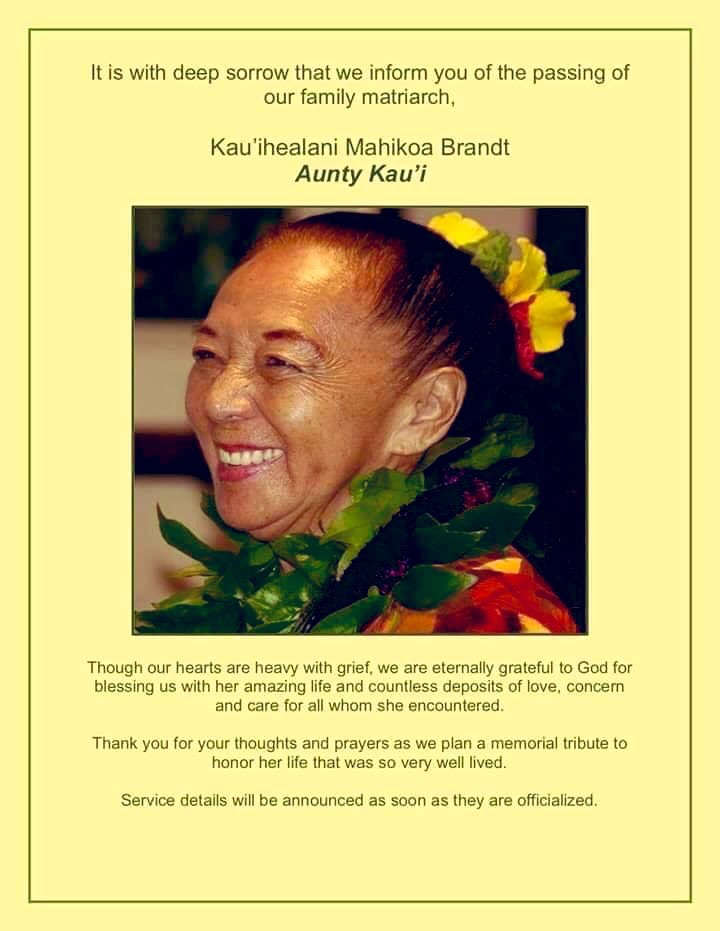 88-year-old Anake “Aunty” Kau’I Brandt was a Disney legend at the Polynesian, entertaining guests with hula dances and hand-made leis for over 30 years. The Hawaii-native was born in 1932 and grew up during the Pearl Harbor era before being trained as one of the state’s most famous hula dancers.

After being spotted by Disney talent scouts while performing in Waikiki in the 1960s, it took three attempts to get her to consider to leave Hawaii for a prospective luau show at Disneyland. Kau’i was reticent to leave, stating “I’ve always heard once you leave Hawaii, you never go back.”

In 1971, she left for Florida to help open Disney’s Polynesian Village resort, and she became a staple of the resort ever since. Brandt helped develop and launch the popular luau shows at Disneyland and Walt Disney World and continued working full-time at the Polynesian long after leaving the stage, as a cultural representative.

For many fans of the Poly, saying hi to Aunty Kau’i was part of the essential resort experience, and for regulars, she was regarded as an old friend, and the very embodiment of the spirit of Hawaii.