The nostalgia wave is sweeping through Disney Parks around the globe, and Tokyo Disney Resort is no exception! Heck, we have an entire event dedicated to nostalgia right now (and it’s fantastic, by the way). We’ve seen a few items featuring 80s-era Mickey and Minnie art at Tokyo Disney Resort, including two phone cases over the past few months. And it looks like we’re getting more with these two new retro pin sets! Let’s get a closer look, shall we? 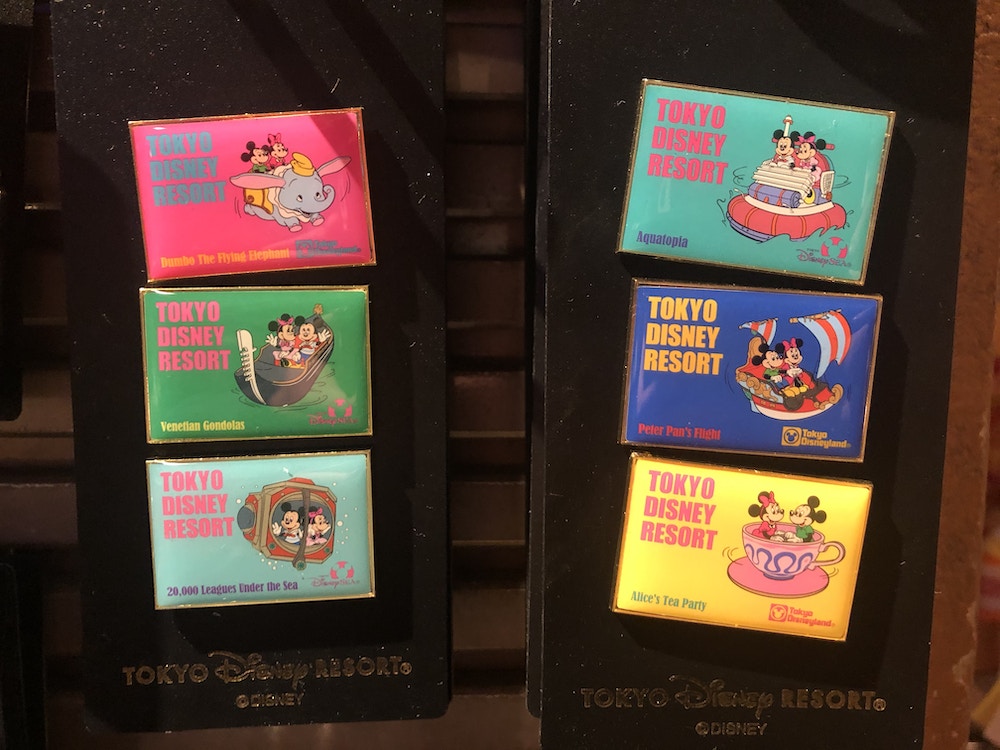 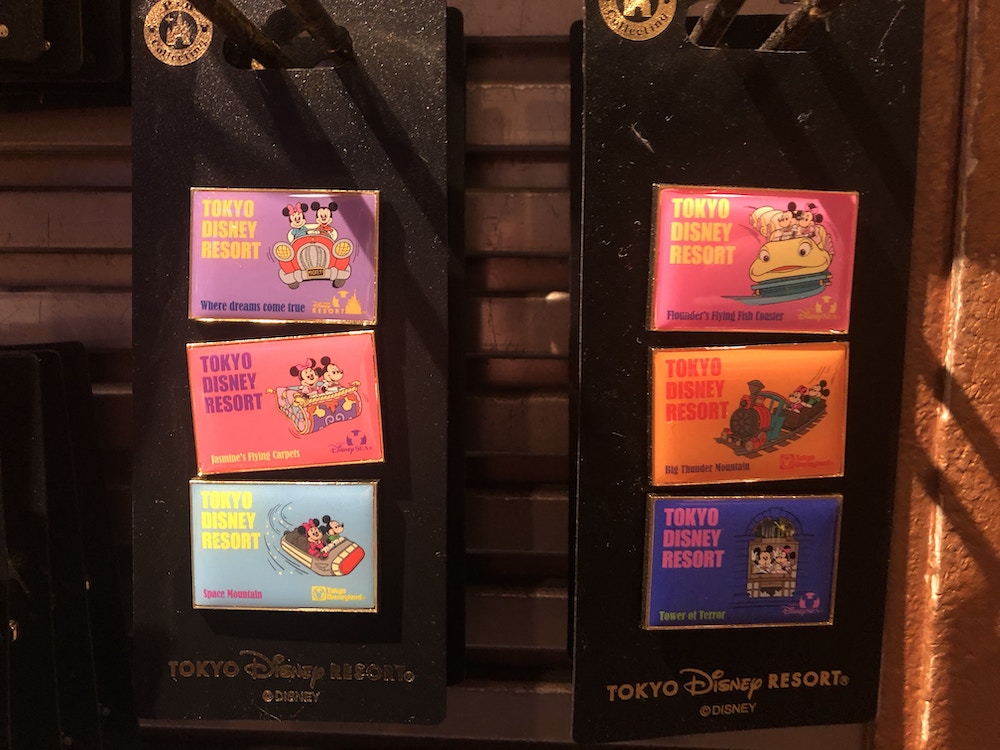 The other two sets feature even more beloved attractions, as well as one that just encompasses the resort as a whole. That’s one you’ll see in the left set, along with Tokyo Disneyland’s Space Mountain and DisneySea’s Jasmine’s Flying Carpets. On the right, in what can be somewhat considered a thrill ride set, there’s Tokyo Disneyland’s Big Thunder Mountain and DisneySea’s Flounder’s Flying Fish Coaster and Tower of Terror.

I’m loving the art on these pins! This whole series really is brilliantly executed, and I hope we see more in the coming weeks and months! We spotted these at Emporio in Tokyo DisneySea, but they’re available all over the resort! What do you think of TDR’s retro-style pin set series? Let us know below or on Twitter!