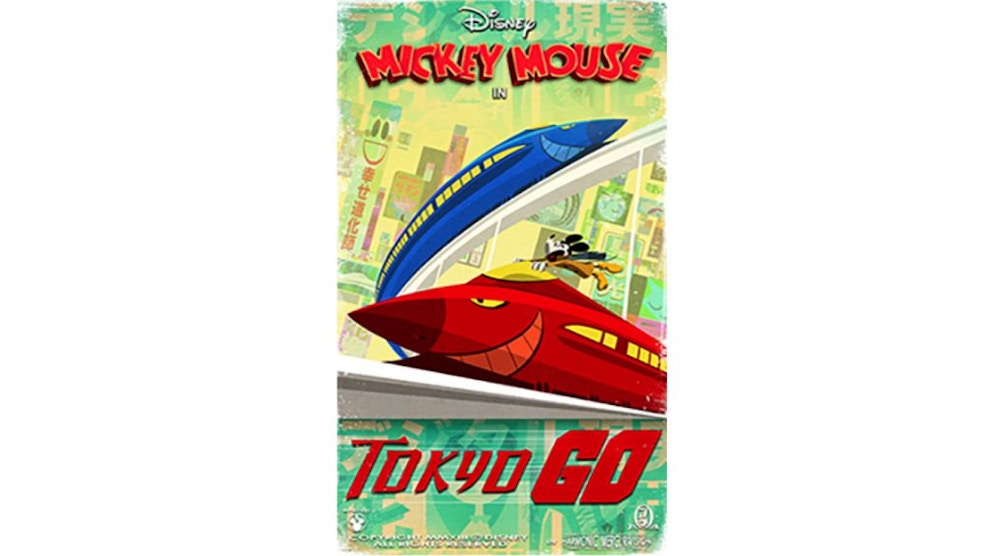 Disney has just released another cartoon poster in its series celebrating the March 4 debut of Mickey & Minnie’s Runaway Railway at Disney’s Hollywood Studios with new art inspired by the zany “Tokyo Go” short.

This new “Tokyo Go” poster features a look at Mickey hanging tight aboard one of Japan’s speedy commuter trains. In the video short, you’ll notice that Mickey doesn’t share dialogue – but words are not needed to enjoy this madcap cartoon adventure!

Soon, you’ll be able to experience Mickey’s wild cartoon universe like never before at Mickey & Minnie’s Runaway Railway attraction. During each adventure, you’ll enter the NEW Mickey Mouse cartoon short “Perfect Picnic” for an one-of-a-kind adventure where anything can happen. Why? Because here, mouse rules apply!

More exclusive poster art inspired by the video shorts will be released in the coming weeks. In the meantime, be sure to check out the “Tokyo Go” short for a look inside an amazing cartoon universe you’ll be able to enjoy at Mickey & Minnie’s Runaway Railway beginning March 4, 2020, at Disney’s Hollywood Studios and later at Disneyland park in 2022.