Well, that escalated quickly. The entire facade of City Hall on Main Street U.S.A. at the Magic Kingdom is covered by scaffolding and plain beige scrim. Previously only the side closest to the train station was obscured by the scrim and scaffolding. 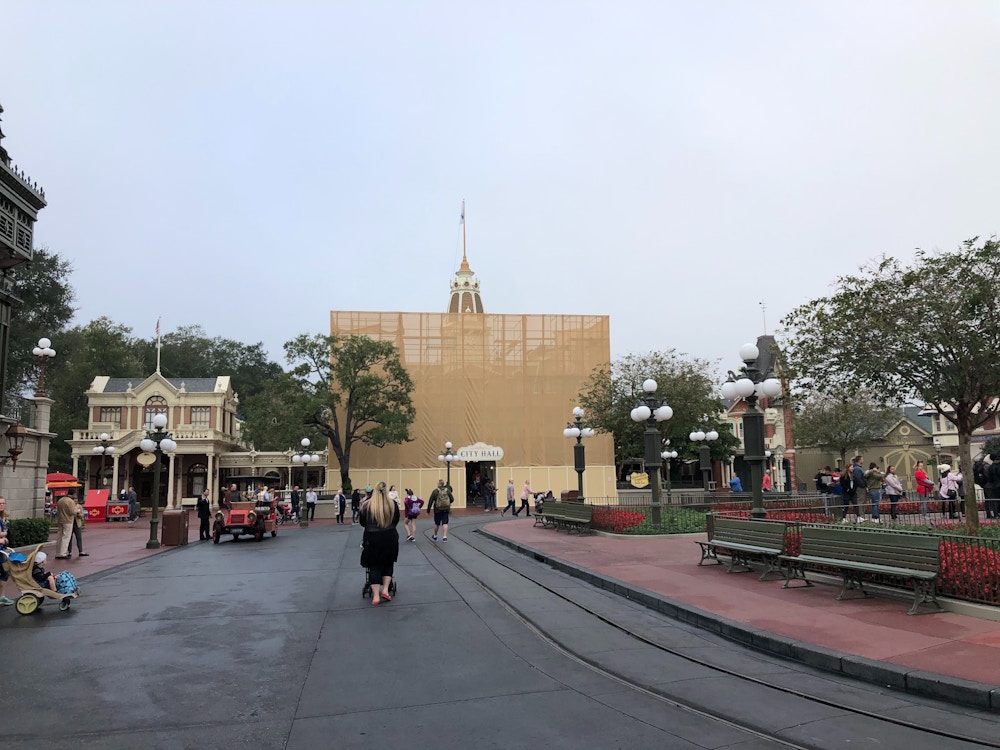 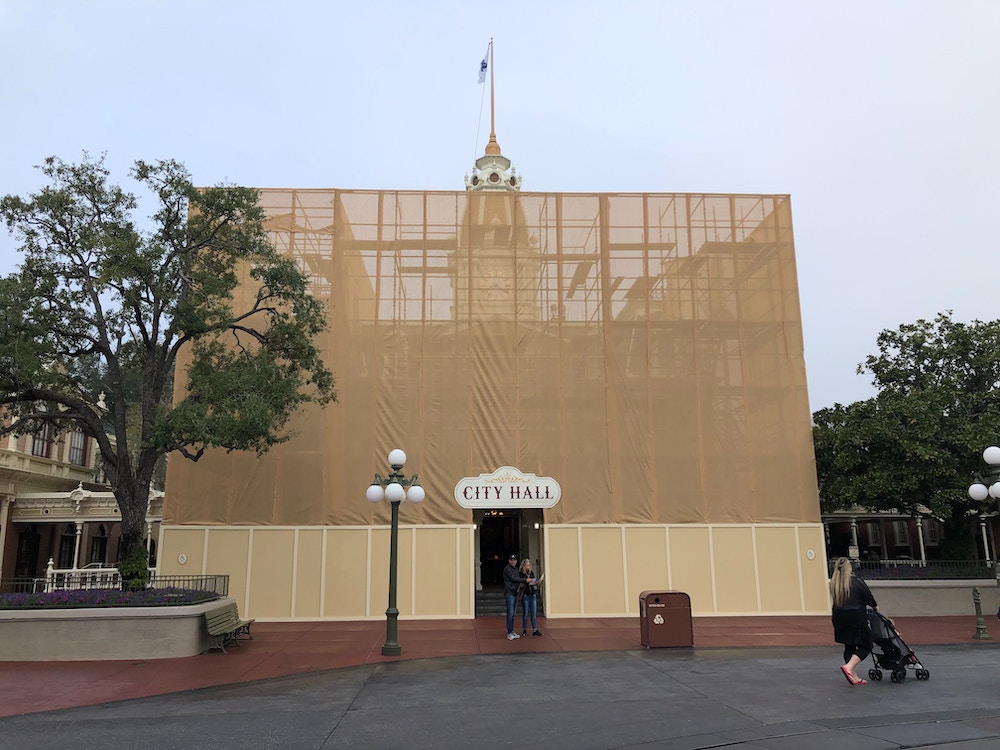 As you can see, the scrim and walls extend far out from the building and onto the sidewalk. We hope that the refurbishment is either brief or Disney adds a themed scrim because the plain beige is a bit of an eyesore. 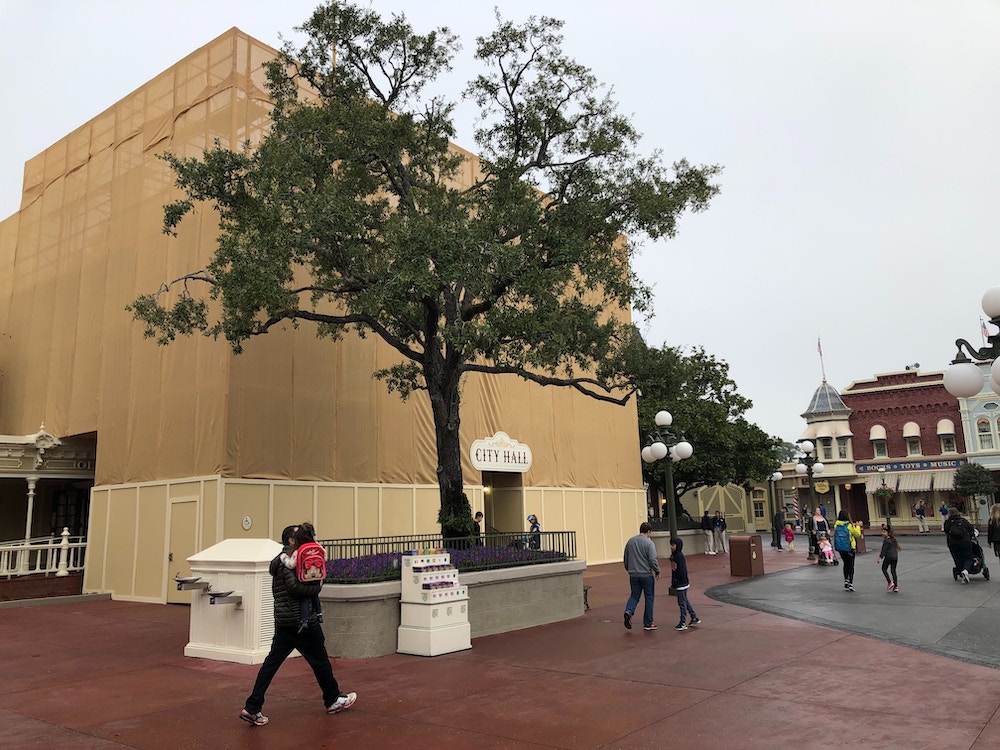 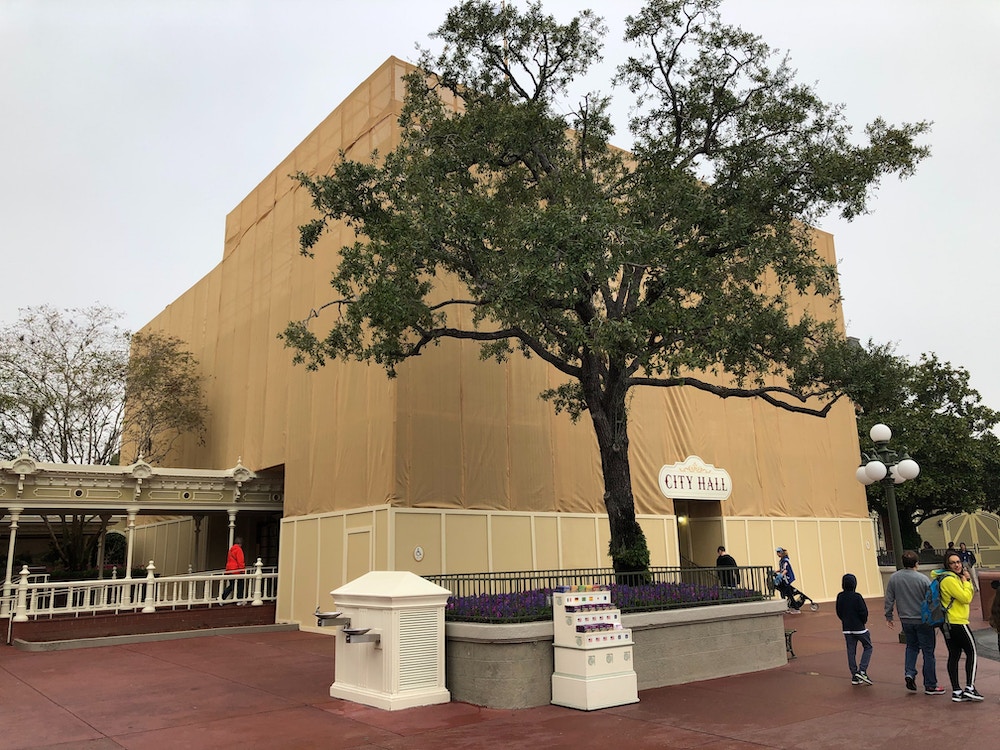 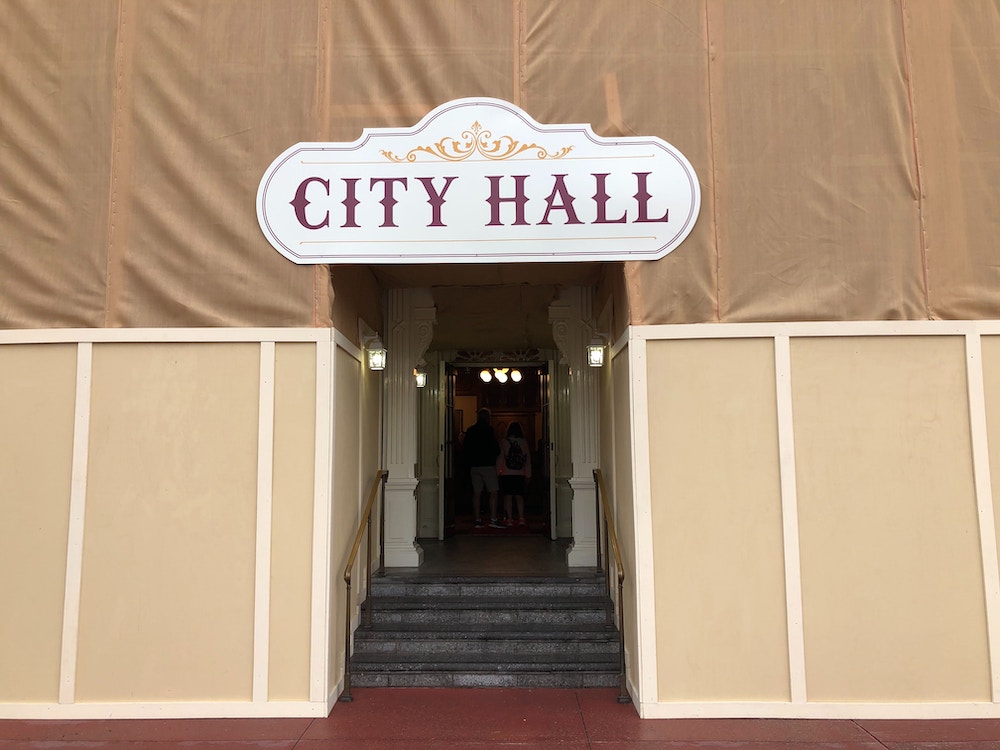 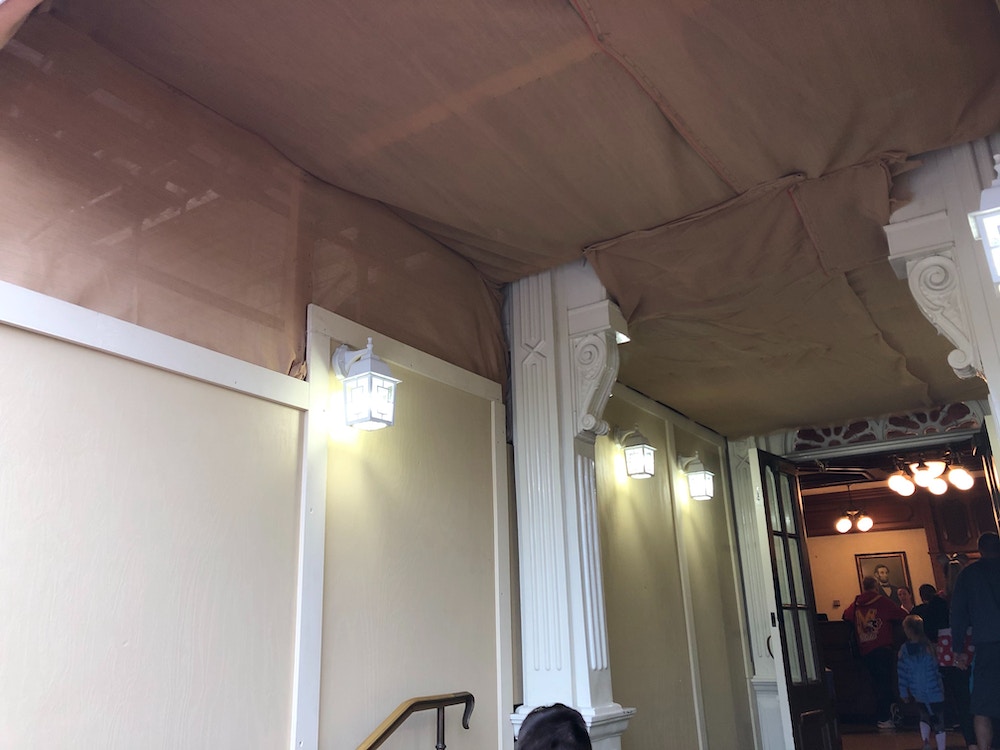 The front entrance into City Hall is now a beige tunnel for guests to traverse before they can meet with Guest Services. At least it is lighted well with the slightly themed lights.