This week, the Magic Kingdom parking lot expansion site saw several changes. We took a ride on the monorail to get a birds-eye view of the latest work happening at the site. 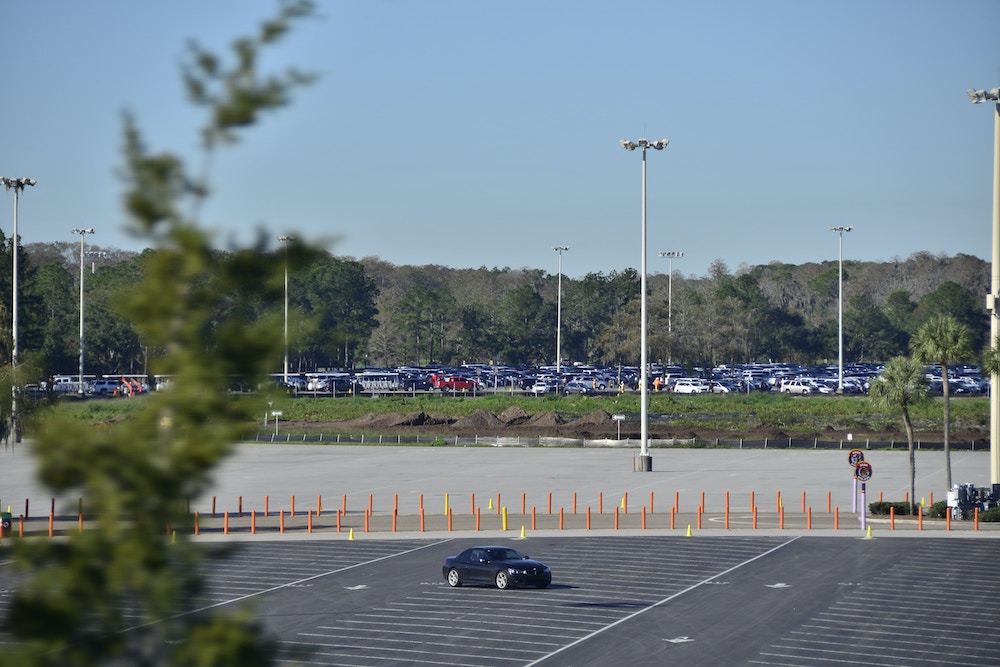 Land clearing is almost complete in the green section that used to be trees and bushes. 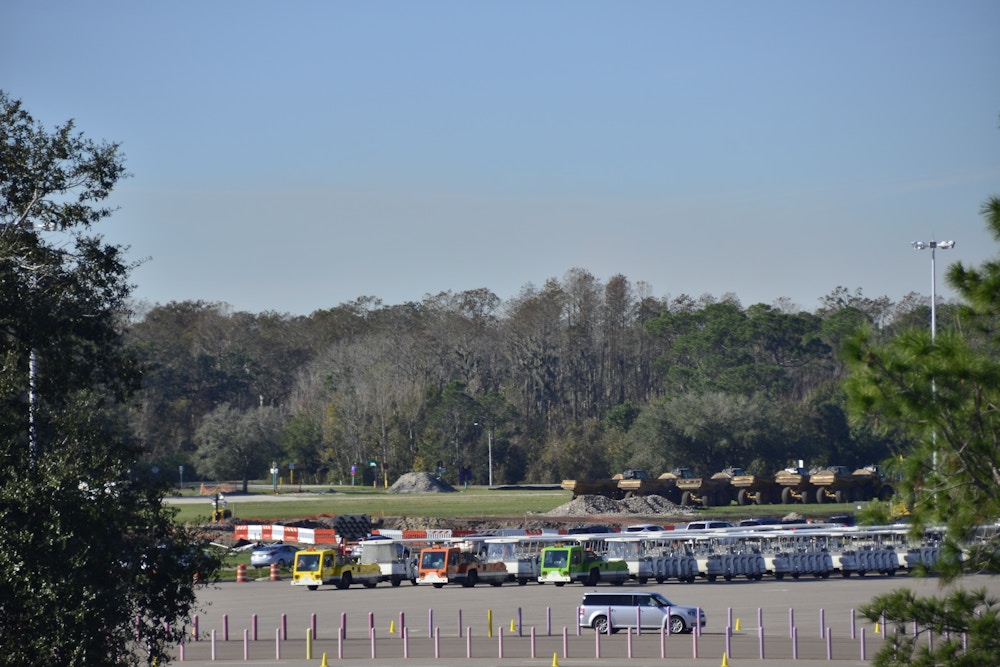 Most notably at the site, several very large construction vehicles are now staged at the site along the back of the grassy area that used to be part of Walt Disney World Speedway. 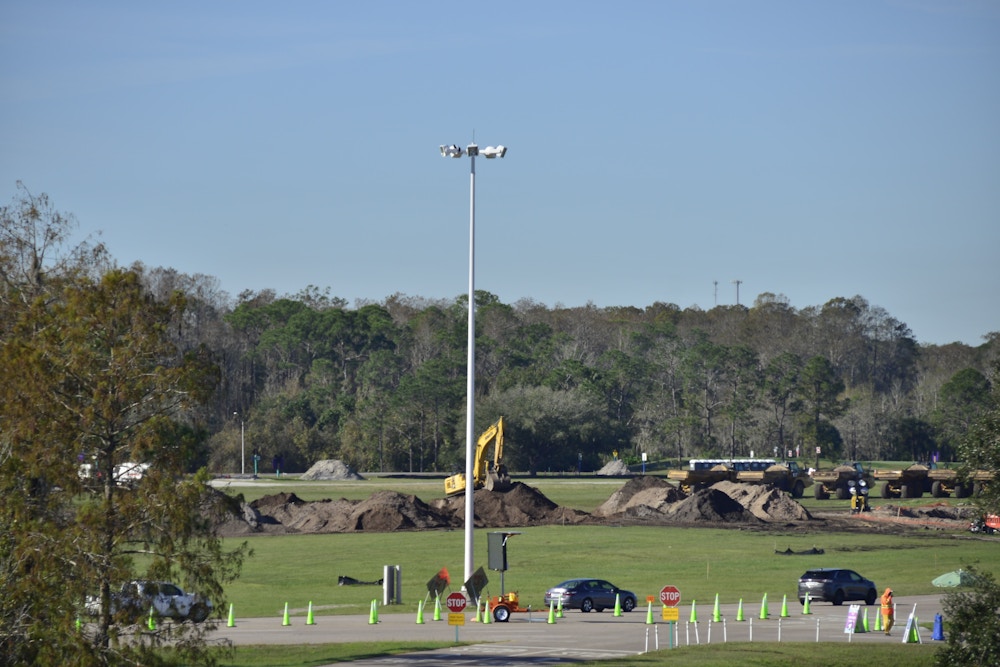 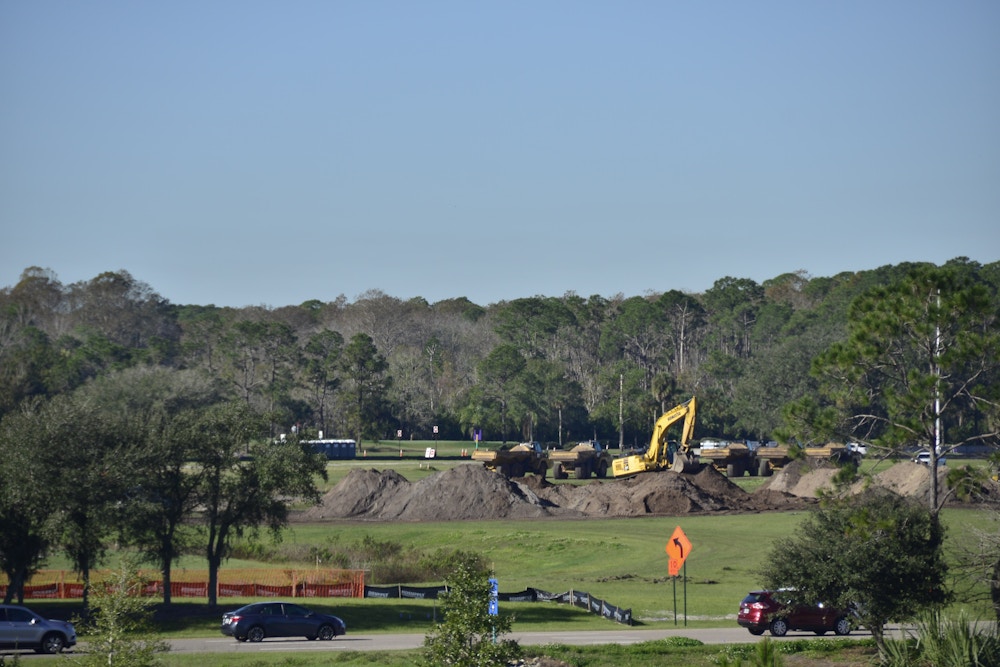 More dirt has been moved around the infield of the former race track, as well. 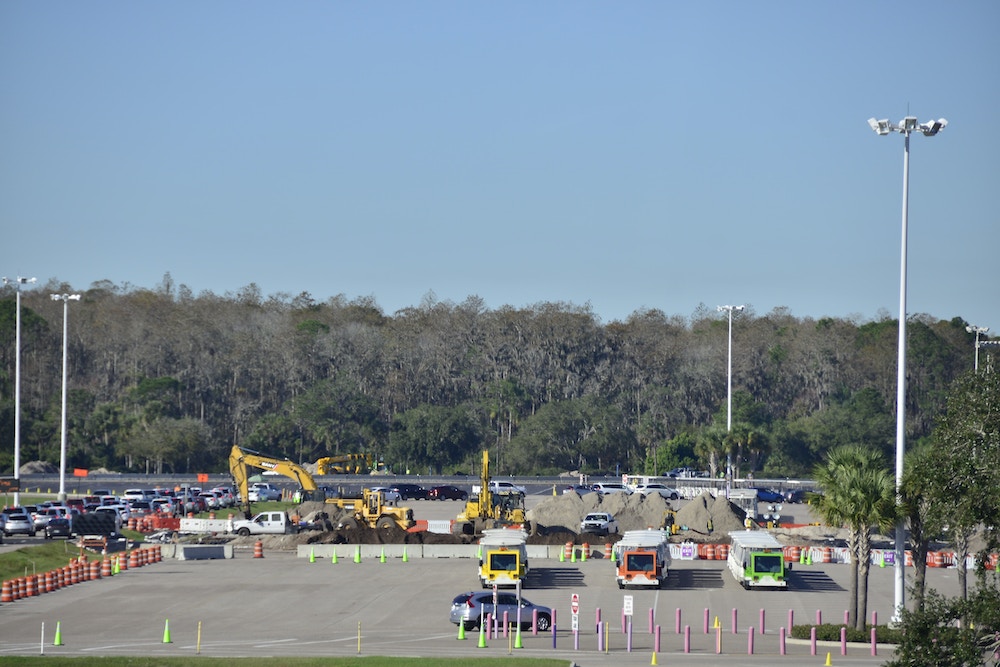 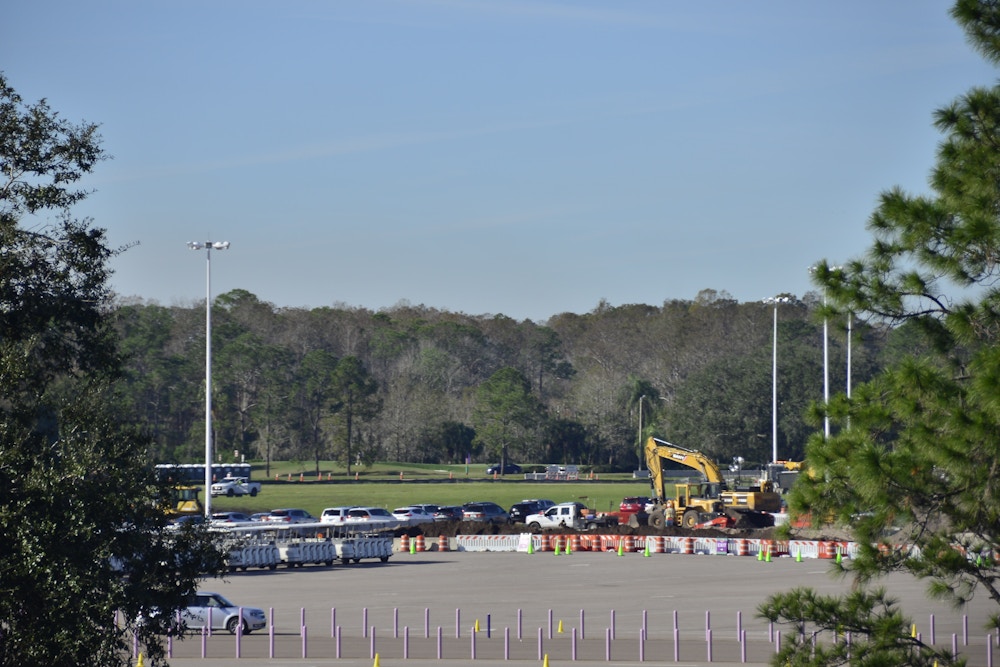 The large crane that was on-site has also left again. While the overall project is for storm water improvements, a number of trees have been removed.

Stay tuned to WDWNT as we continue to monitor the progress of this and other construction projects around the Disney parks.