Arrival experience enhancements have been underway for quite some time at Magic Kingdom’s front entrance, since Disney started construction on the area in July. Regardless of transportation mode to the Magic Kingdom, guests will encounter construction in some capacity. Today while at the park, we noticed some changes at the park’s front entrance since our last update. 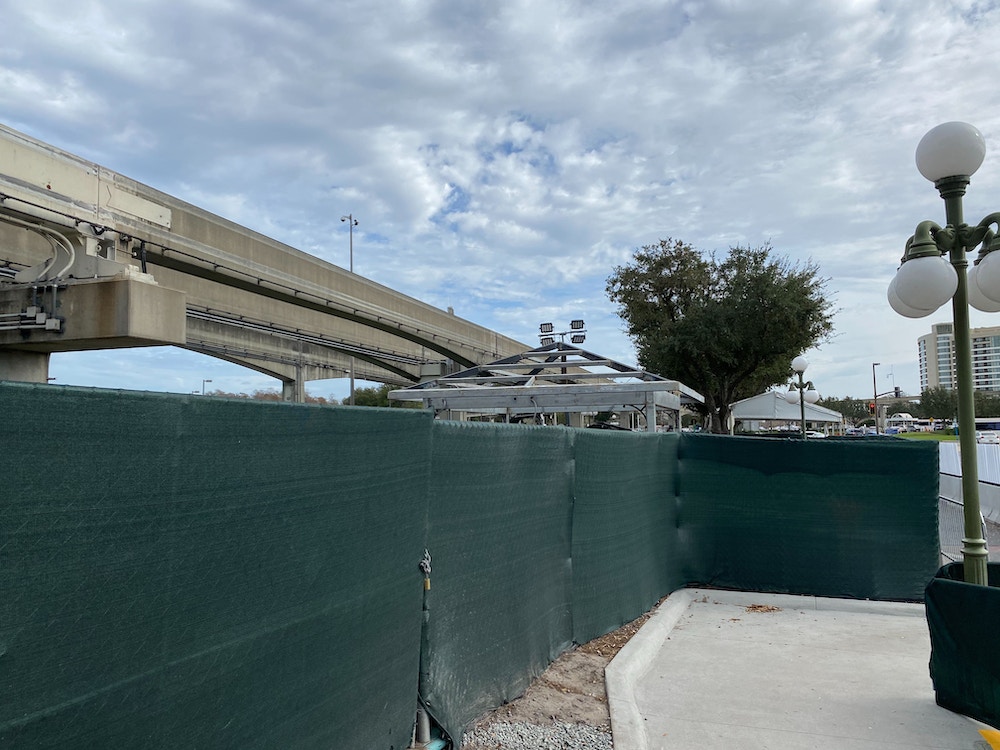 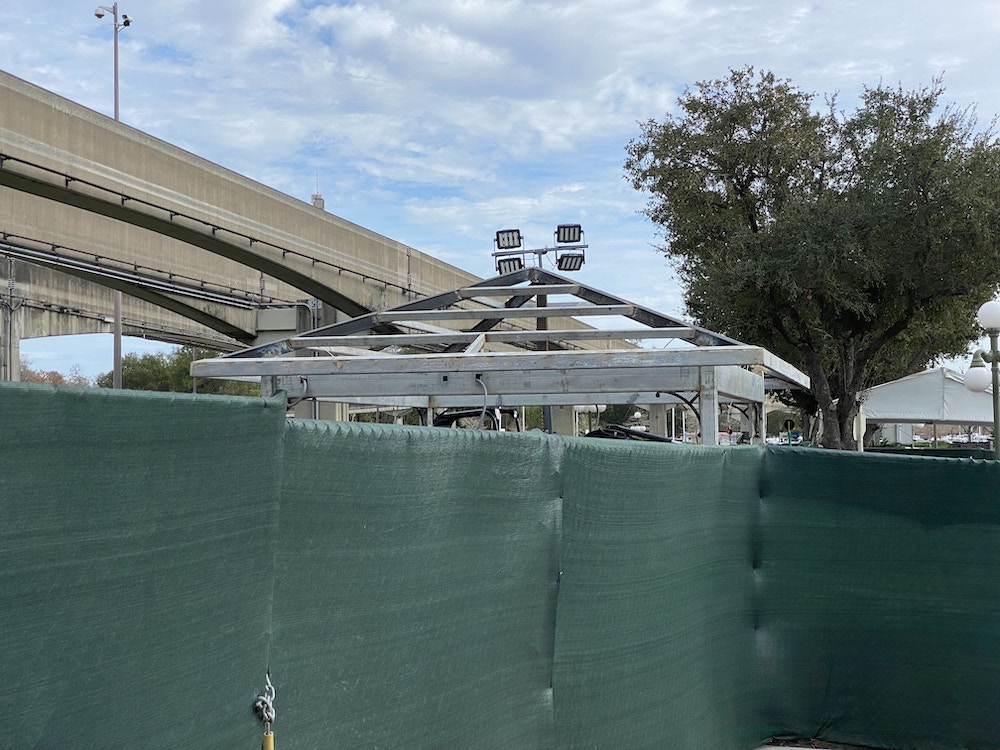 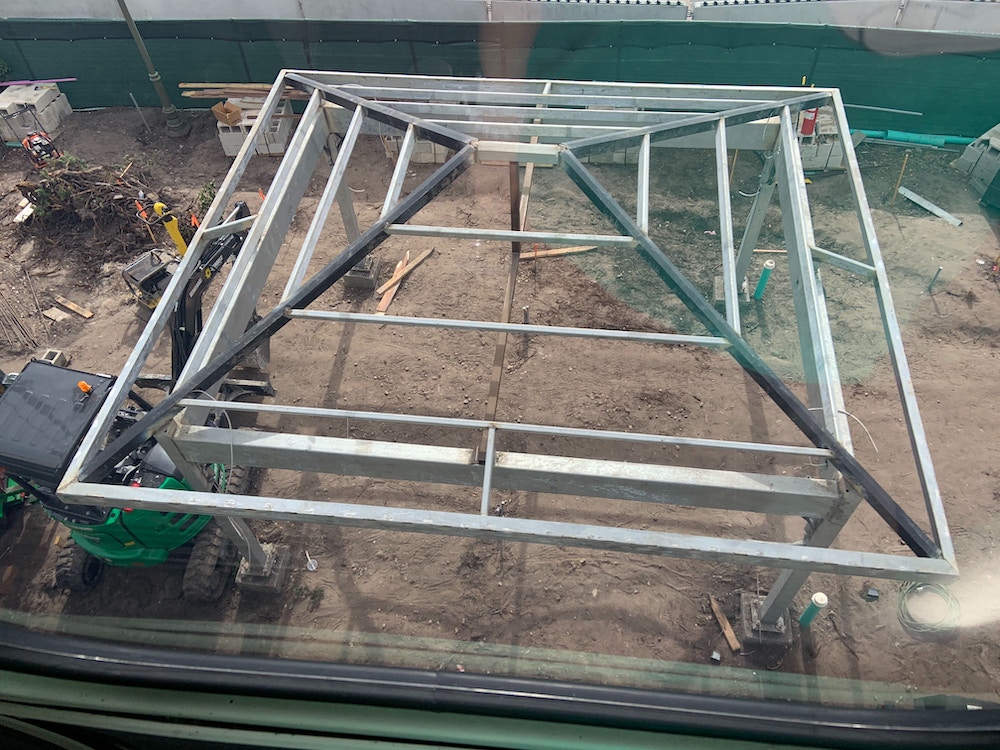 The biggest change is a new security shed that is taking shape on the walkway from Disney’s Contemporary Resort to the Magic Kingdom. 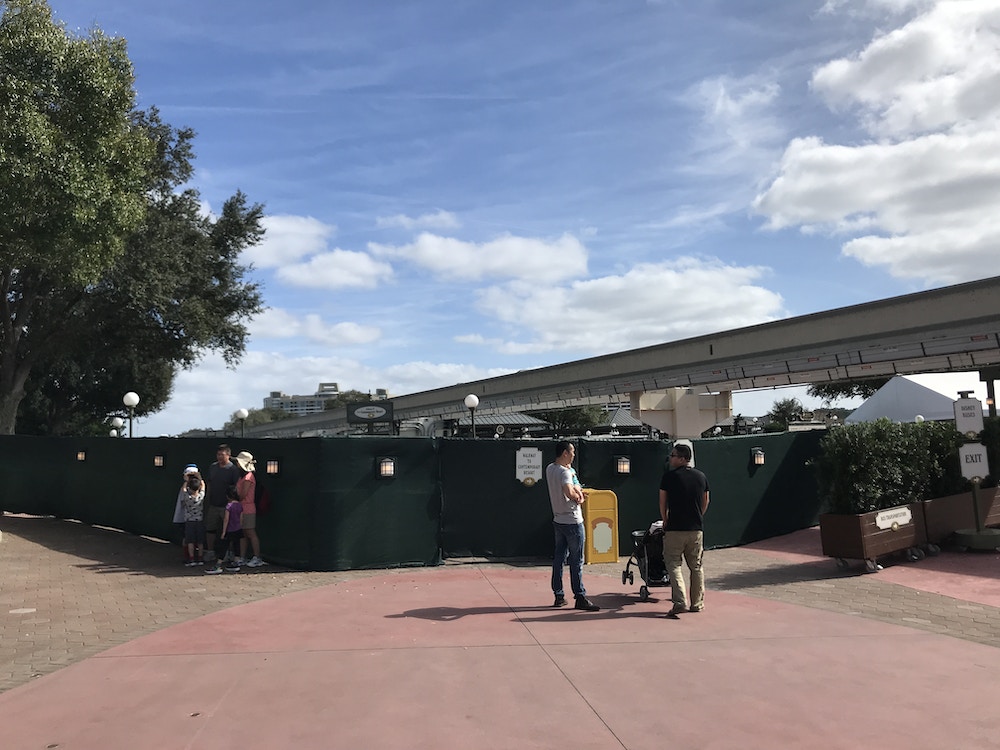 Guests are currently being detoured away from the walkway itself. 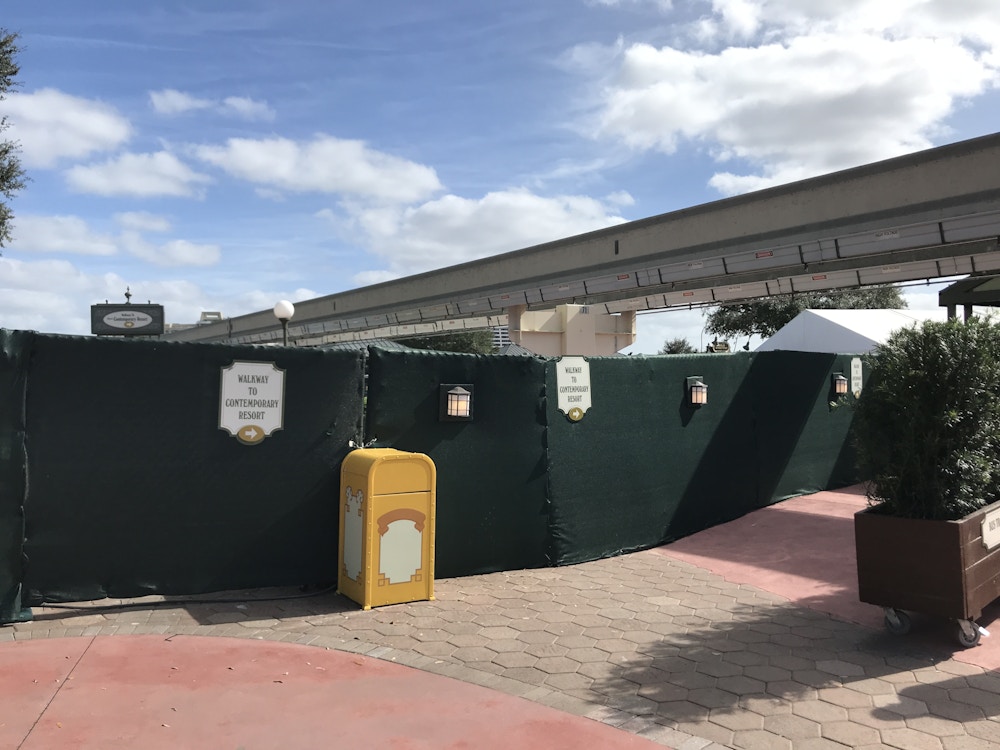 Sections of Magic Kingdom’s bus loop closed on January 13 in order to accommodate other aspects of the arrival enhancements, such as the construction on the new walkway to Disney’s Contemporary Resort. The current Contemporary Resort walkway has been rerouted to avoid the closed bus loop area. Instead of walking straight ahead, the walkway now veers to the left coming from the Contemporary. 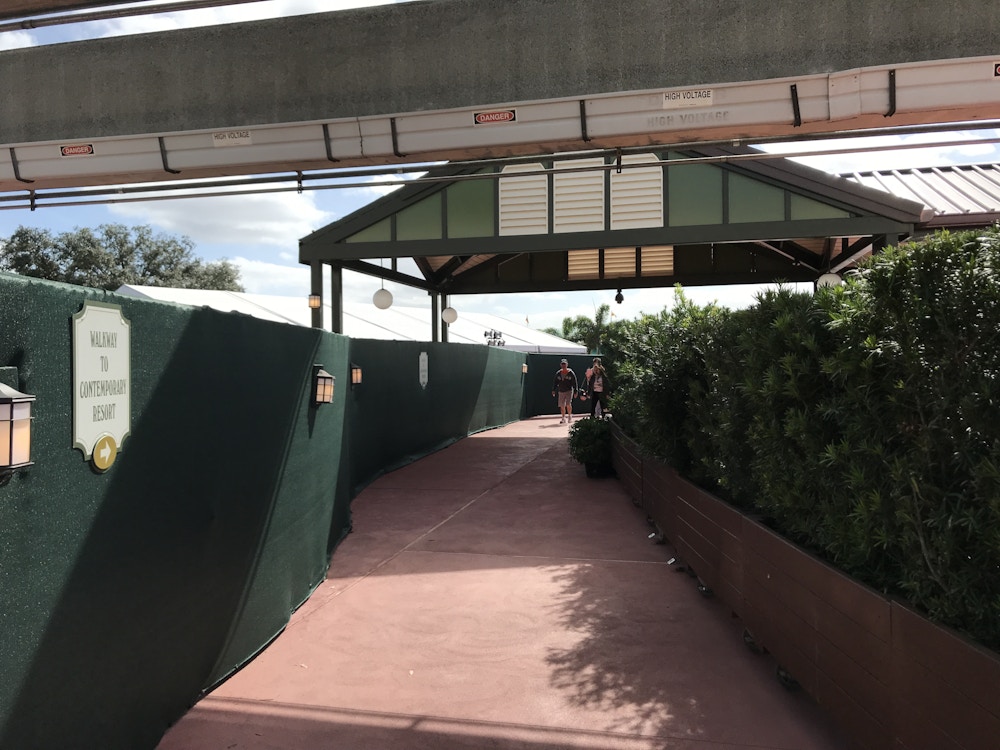 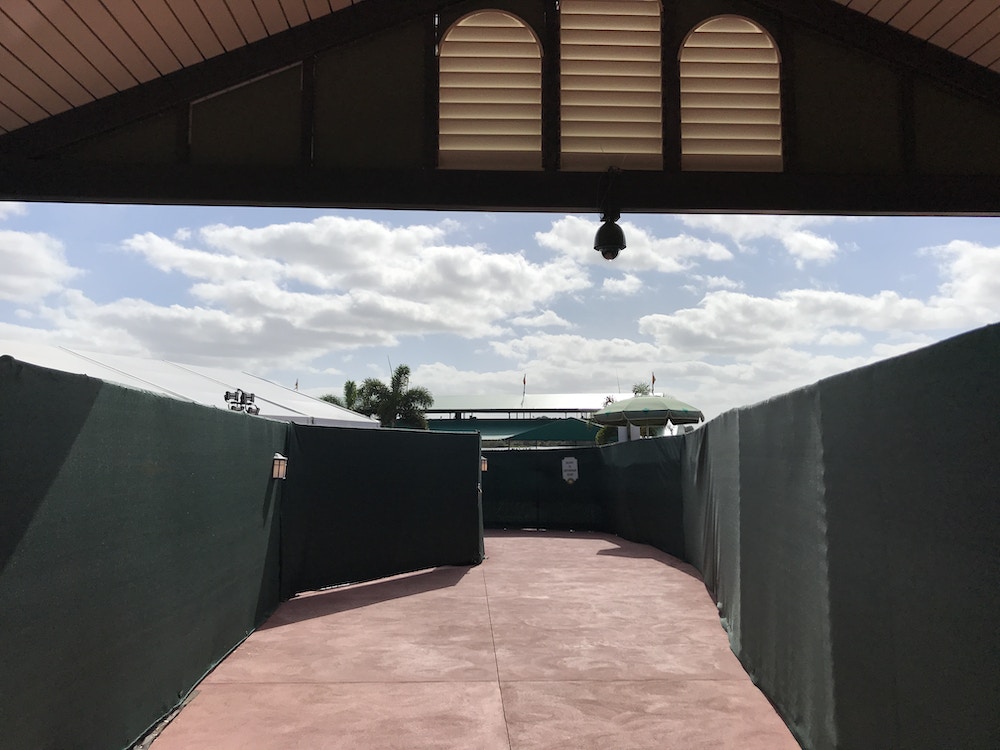 It runs underneath the new permanent security structure. 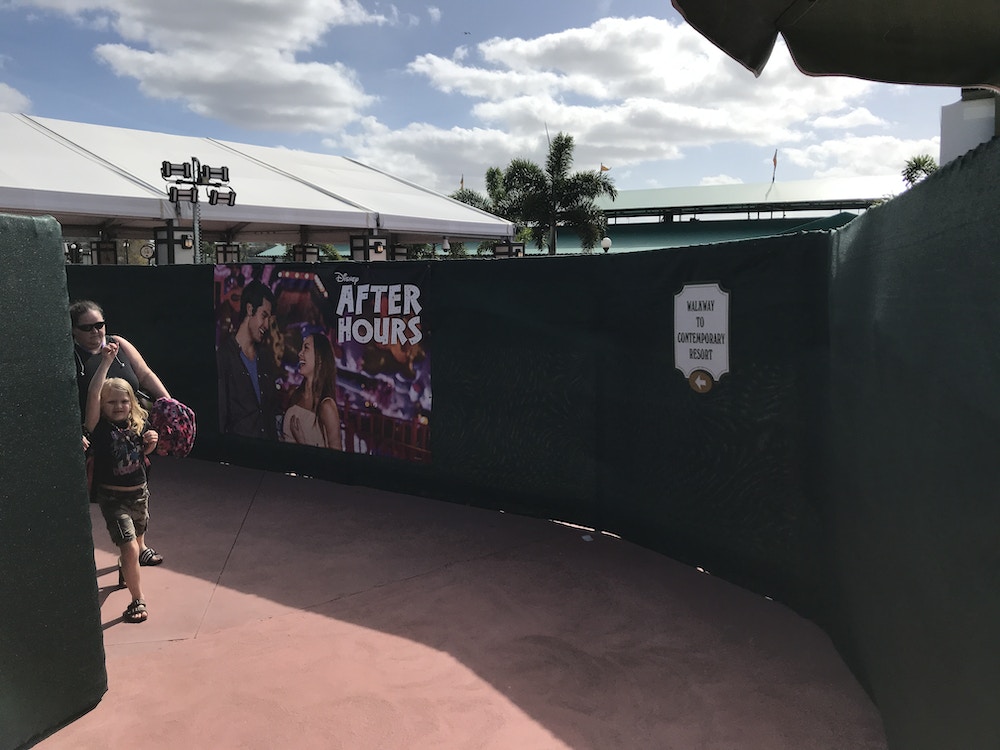 It then has a sharp corner, curving back to the left. At this point, we feel like we’re in a maze. 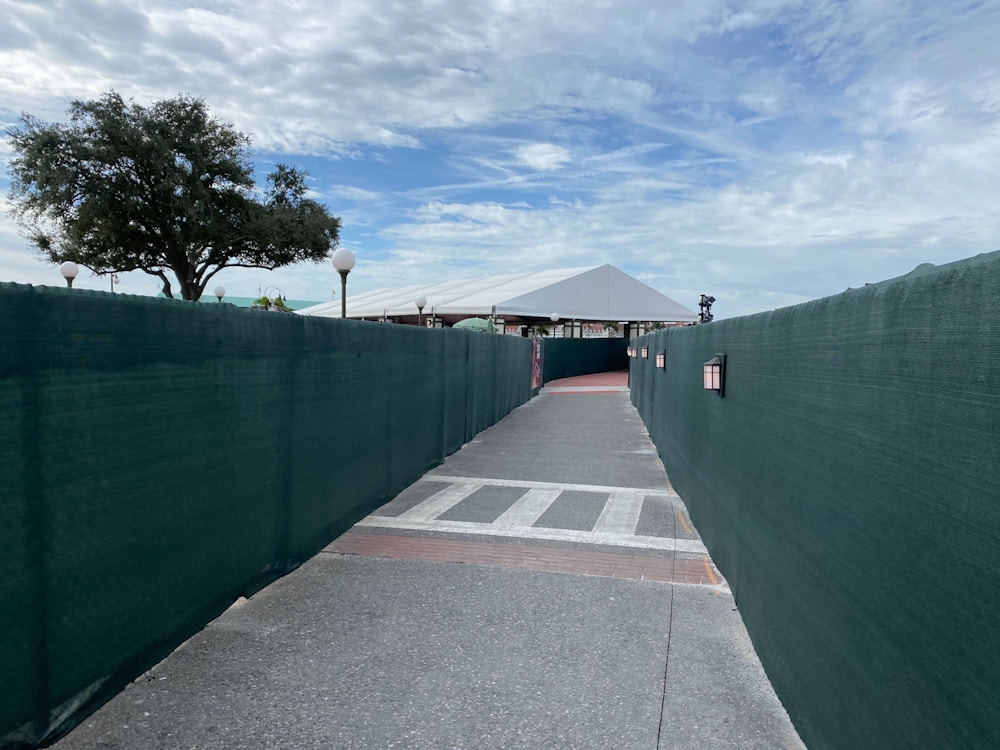 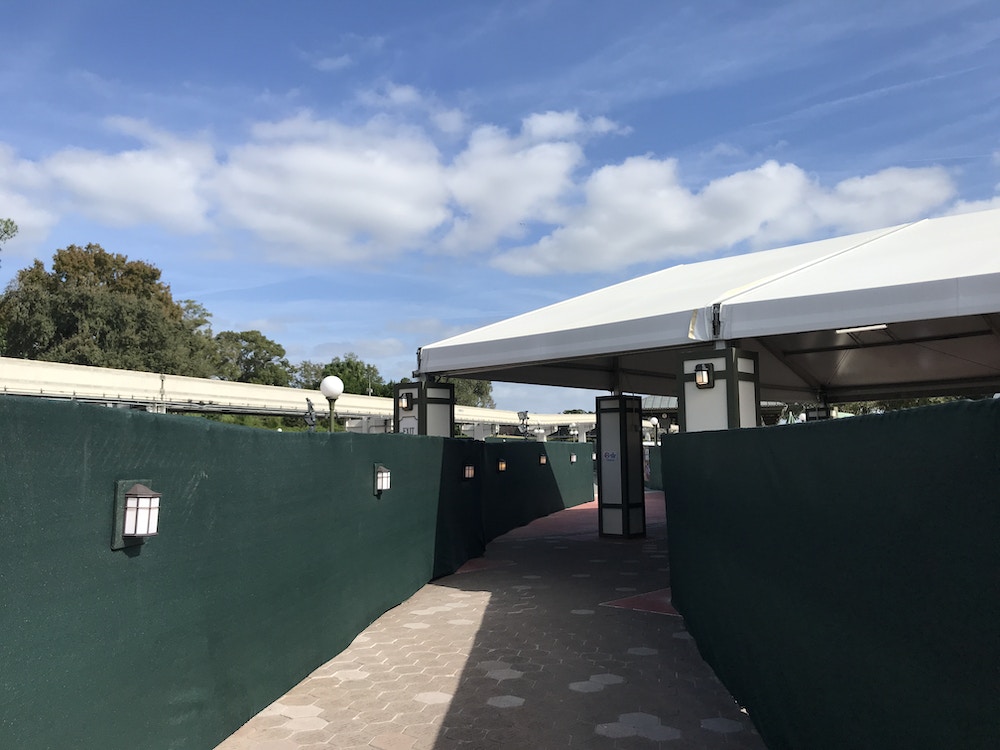 It stretches under another structure and extends toward the Contemporary Resort. 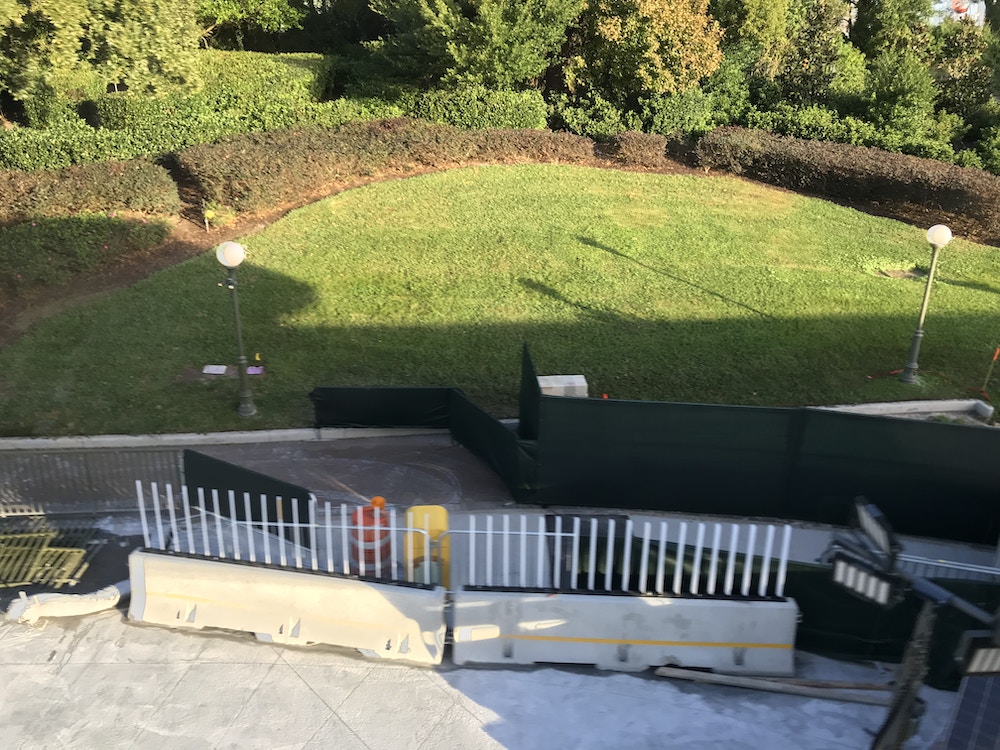 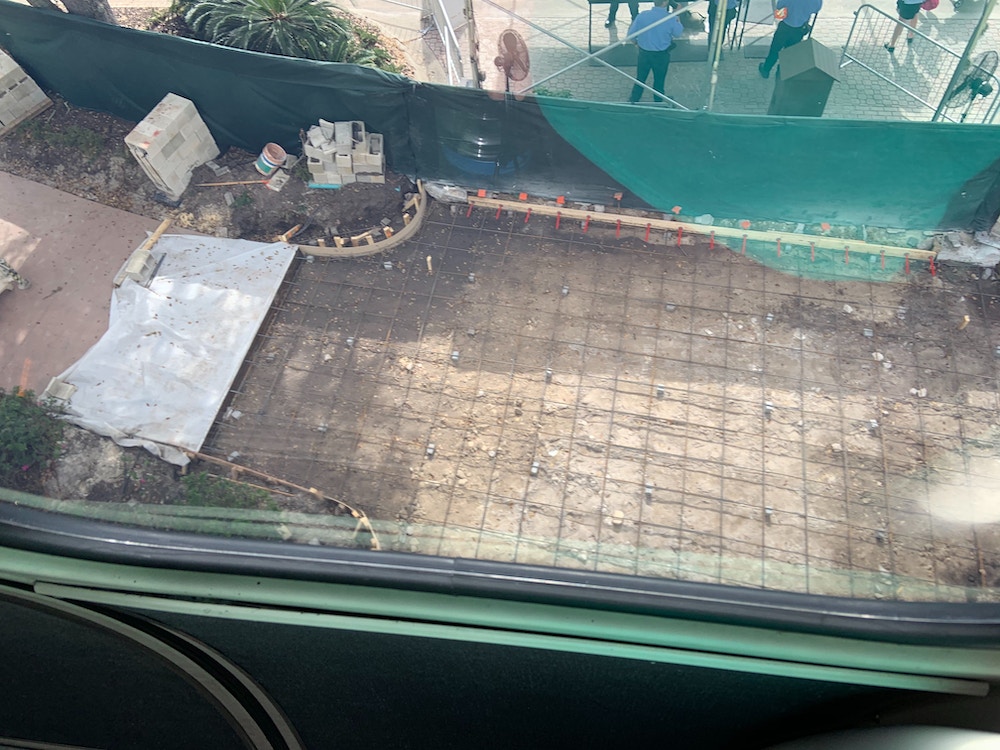 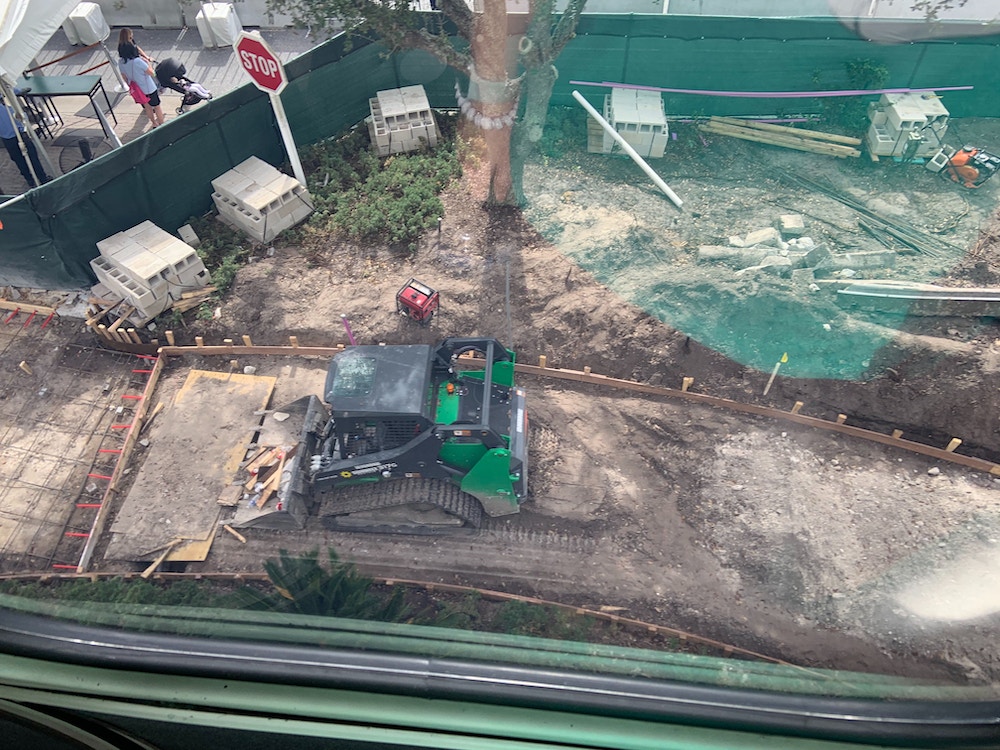 From the monorail, we were able to grab a glance at the walkway’s paving progress. Slowly but surely, it’s coming along. 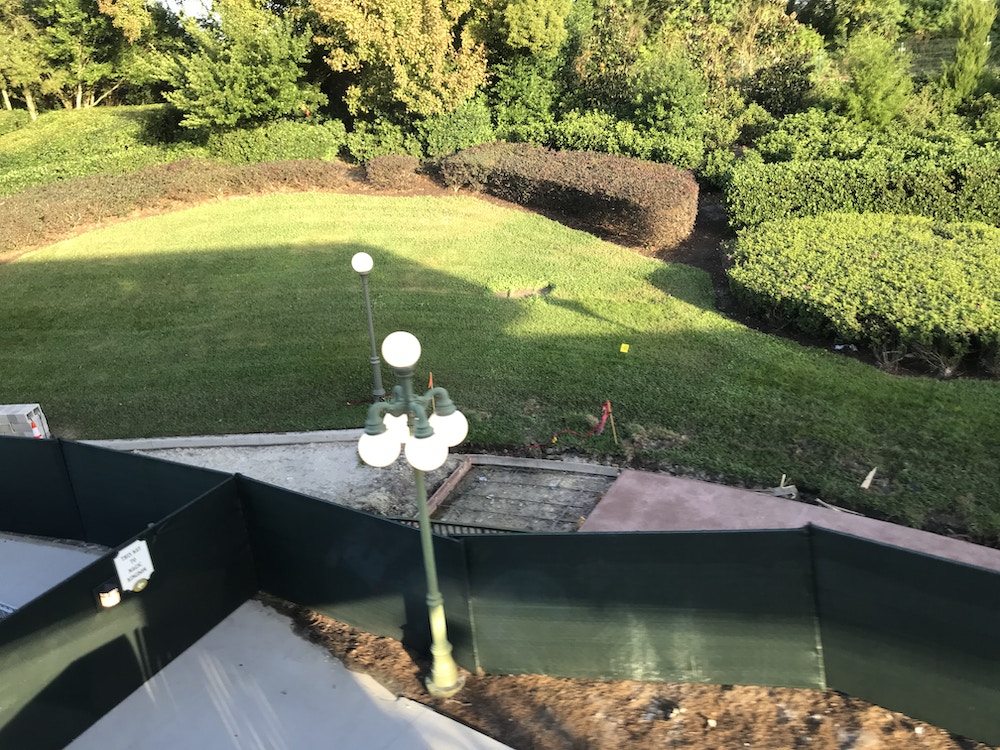 Within the closed-off bus loop area (which the Contemporary Resort walkway is now routed around), a small section of concrete has been removed. 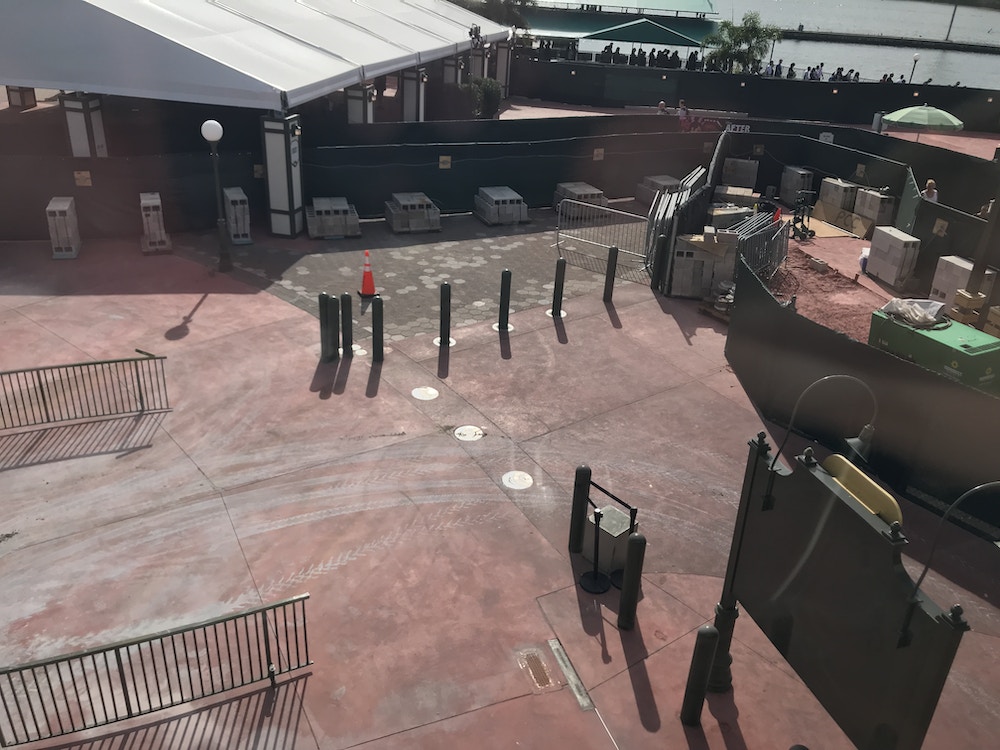 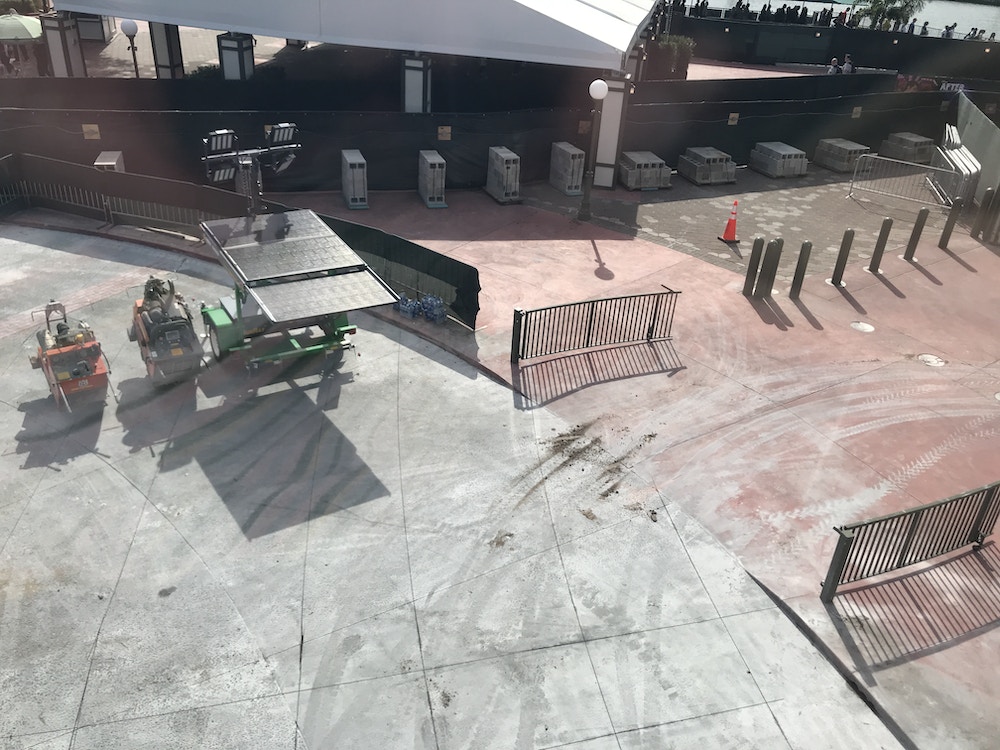 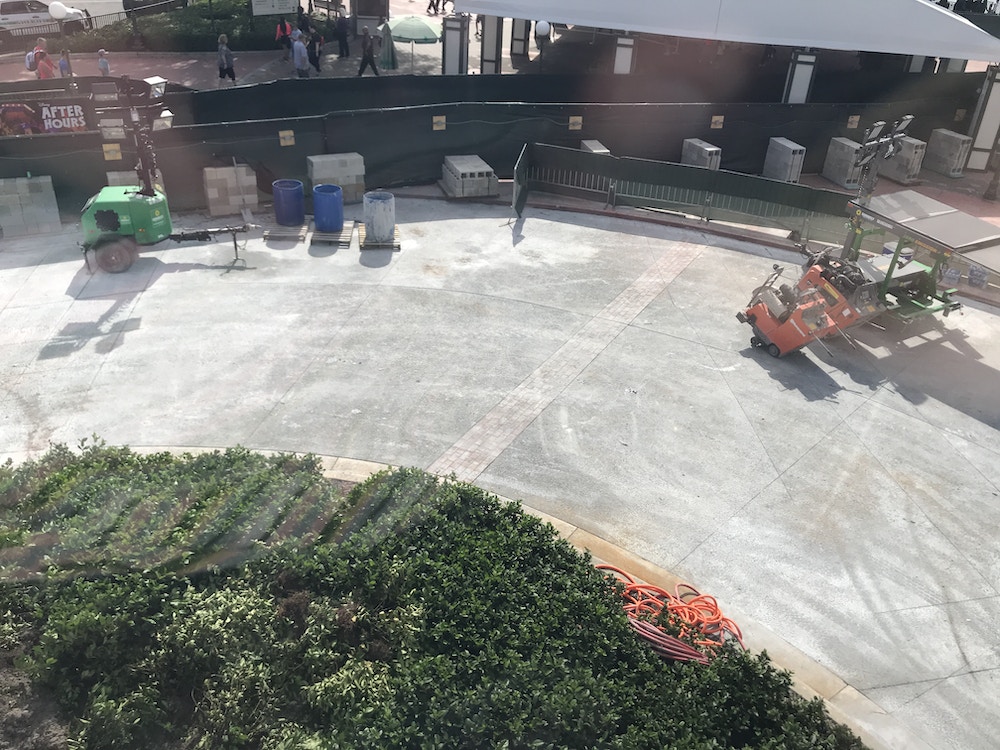 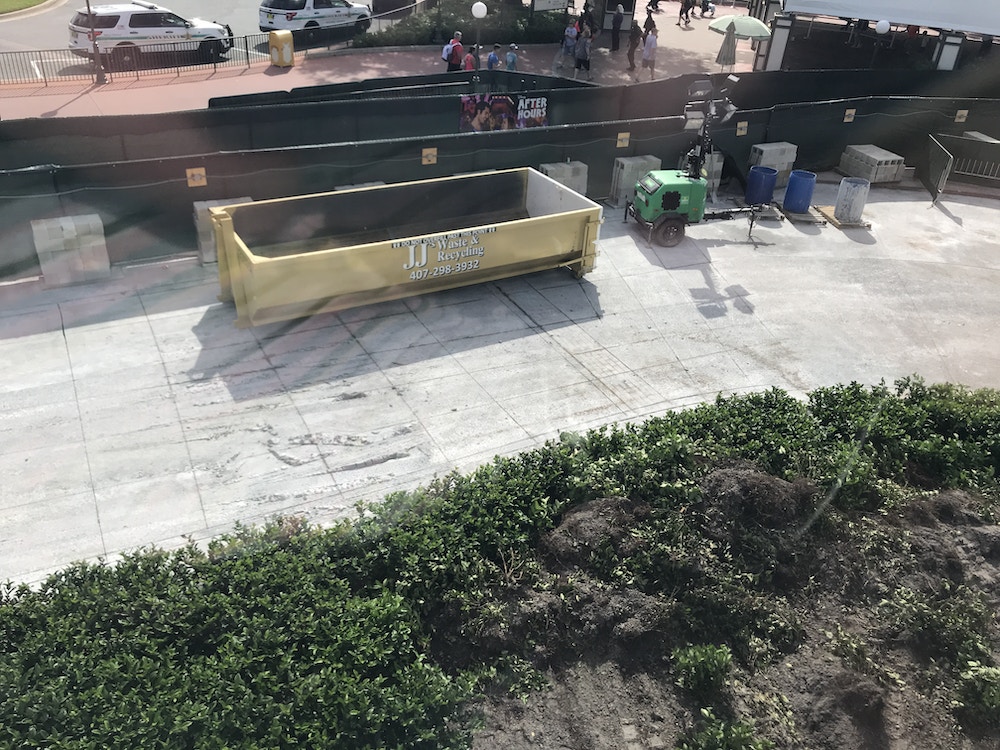 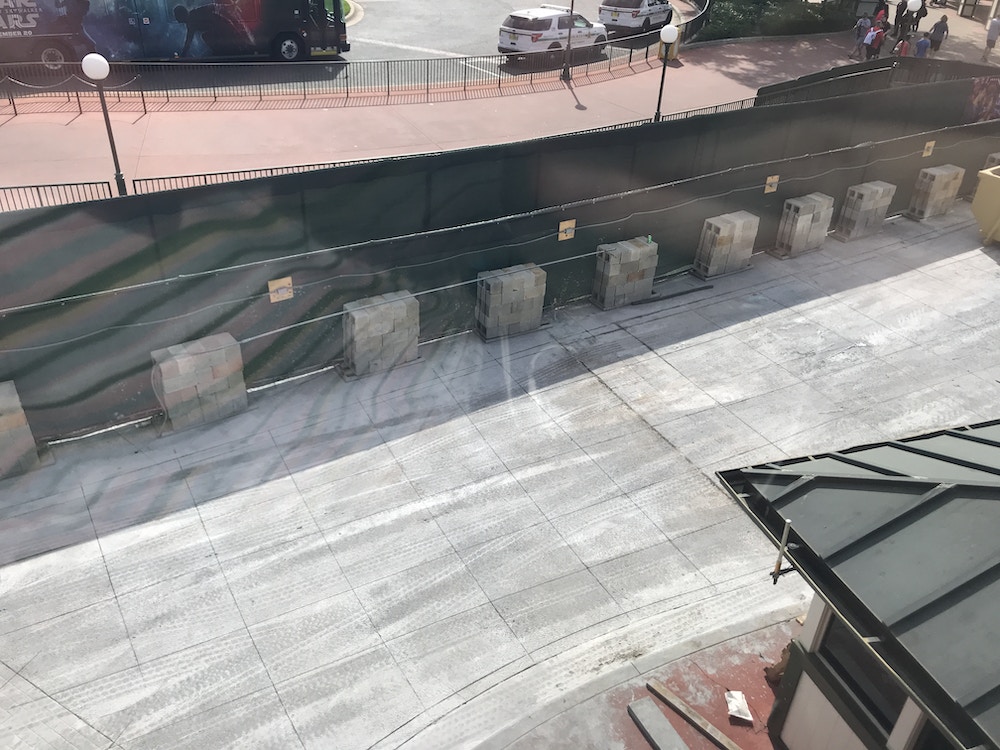 Equipment sits on the site. We’re curious to see what will happen in the upcoming days in this area. 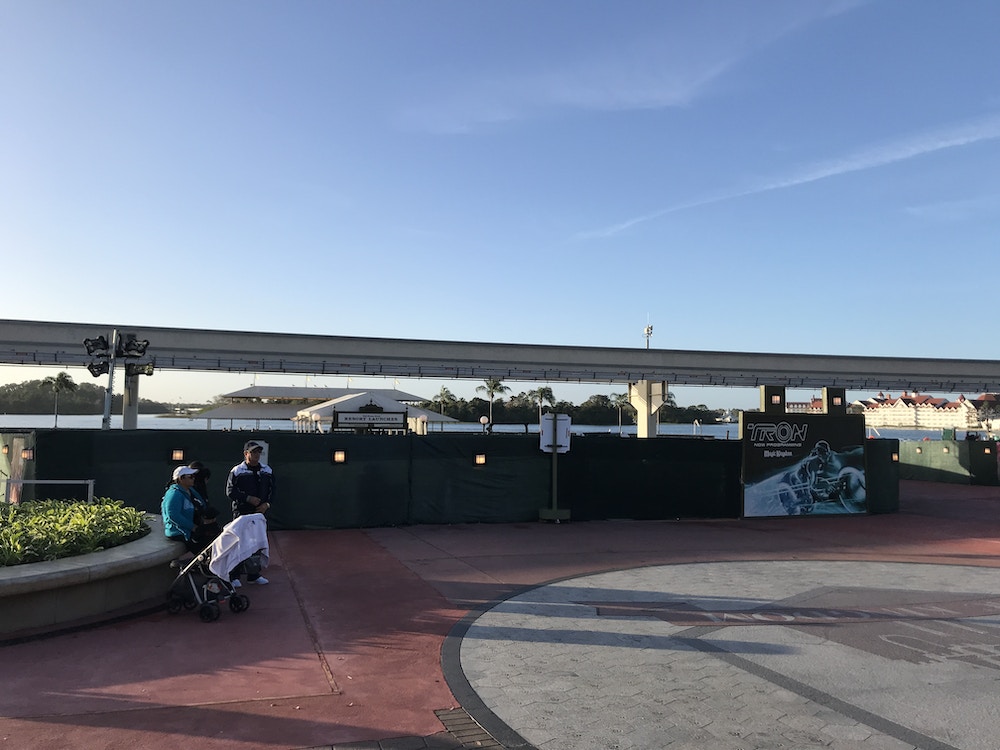 Moving back closer to the park entrance, what was once two separate construction areas has been combined into one. 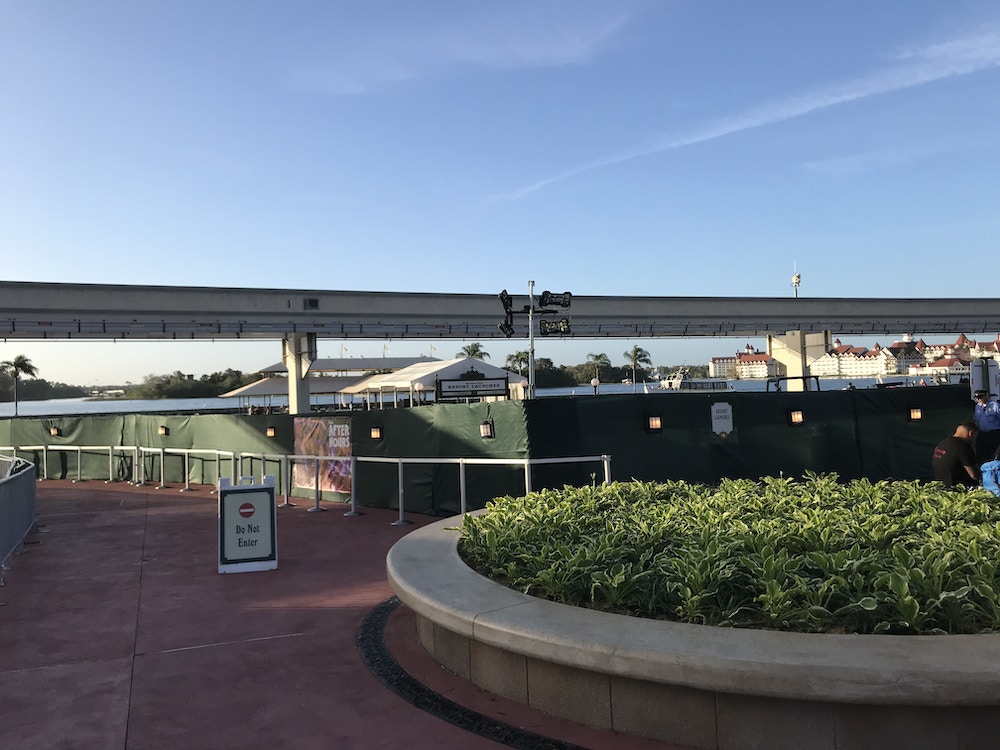 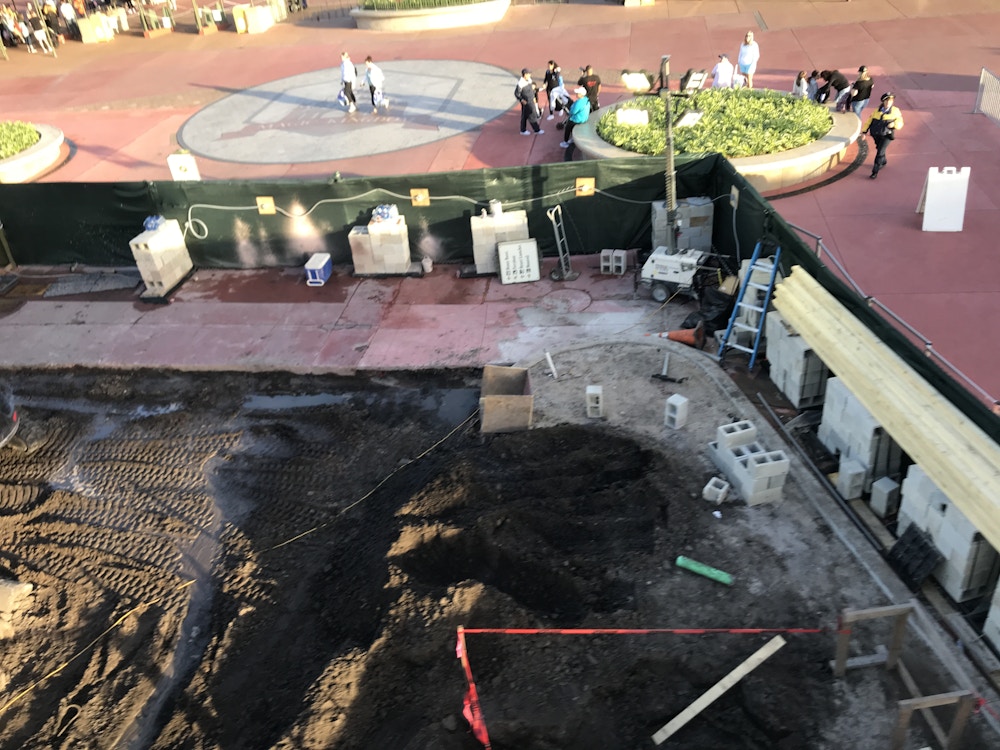 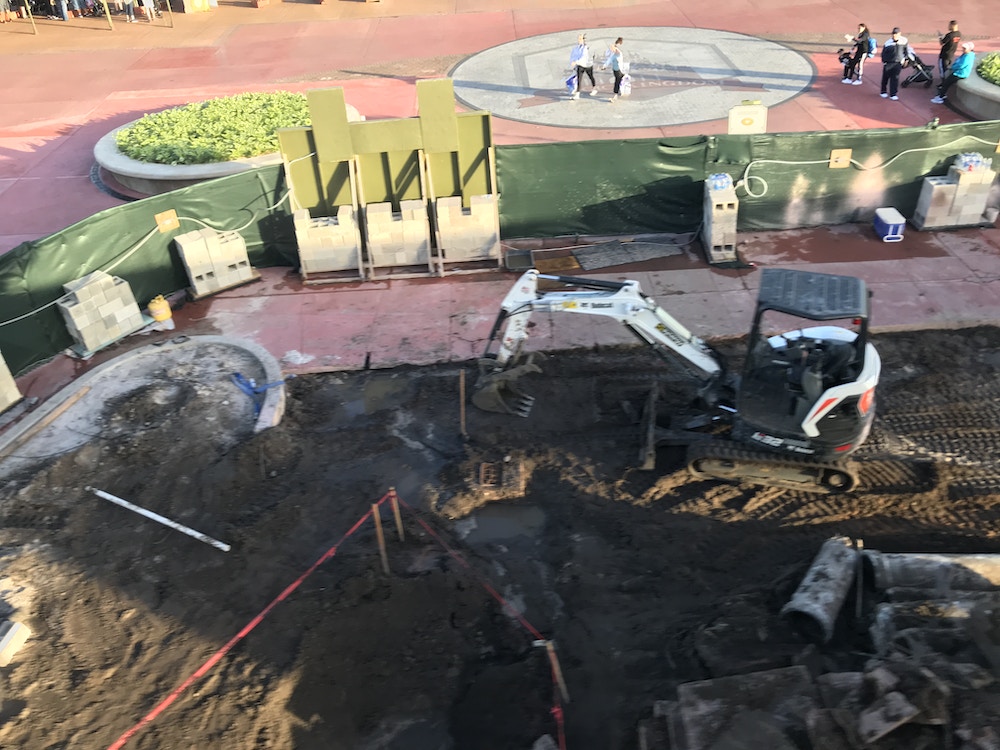 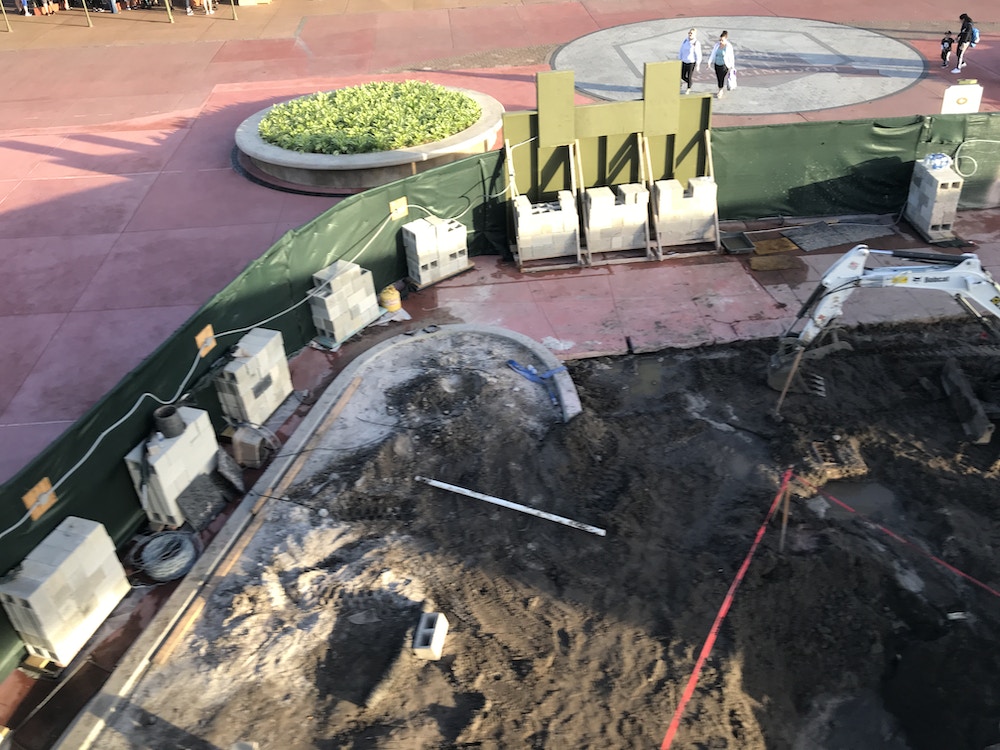 Within this newly combined construction area, the walkway pavement has been ripped up. Dark dirt now covers part of the recently built planters. 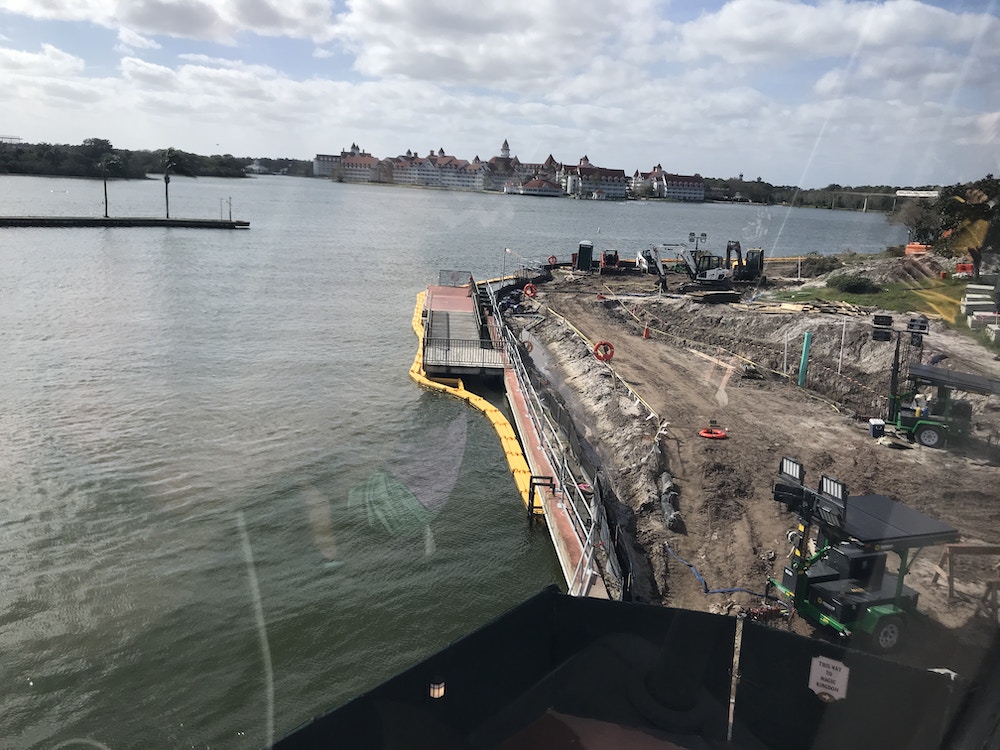 Now onto the slowest moving project at Magic Kingdom’s front entrance: the new resort boat dock. Once completed, this dock will provide service to Disney’s Grand Floridian Resort & Spa and Disney’s Polynesian Village Resort. So far, the only noticeable work is a retaining wall with rebar. 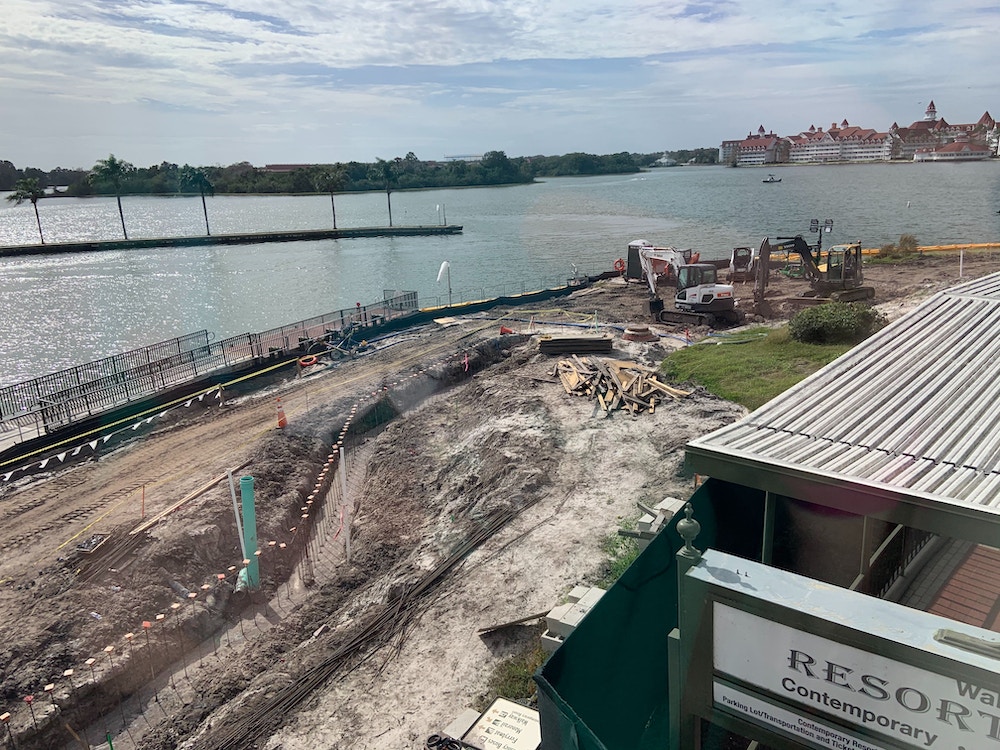 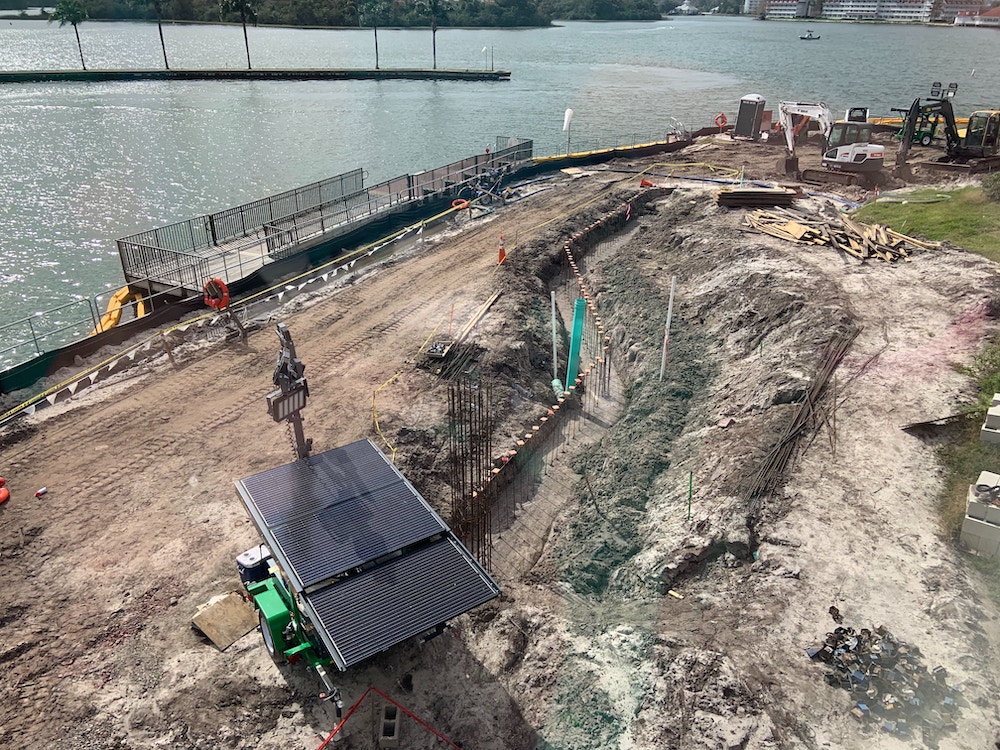 What do you think of the ongoing construction at Magic Kingdom’s front entrance? Let us know in the comments.

Next
New Christmas and Daytime Parades Announced for Disneyland Paris