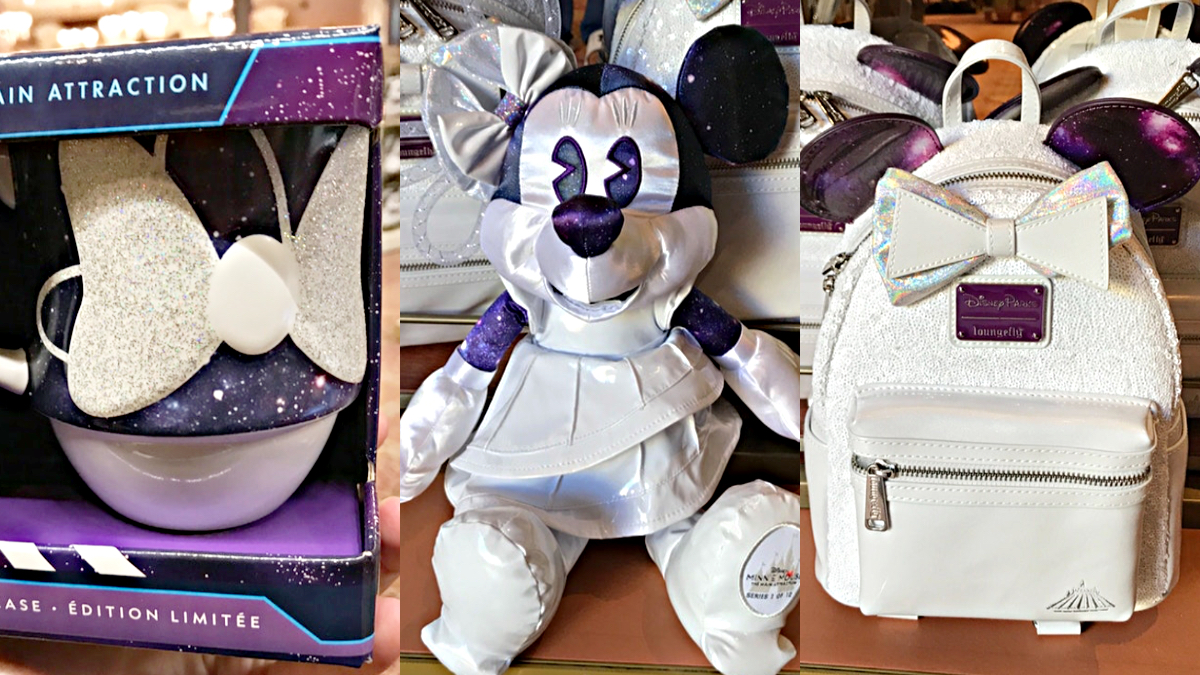 Minnie Mouse is a fashion icon, and this year she has gotten her own monthly collection of merchandise. “Minnie Mouse: The Main Attraction” is a limited release series featuring pins, plushes, Minnie ear headbands and more. Each month will be themed to a different classic Disney attraction. This one features Space Mountain, following right behind the 45th anniversary of Space Mountain here at Walt Disney World. 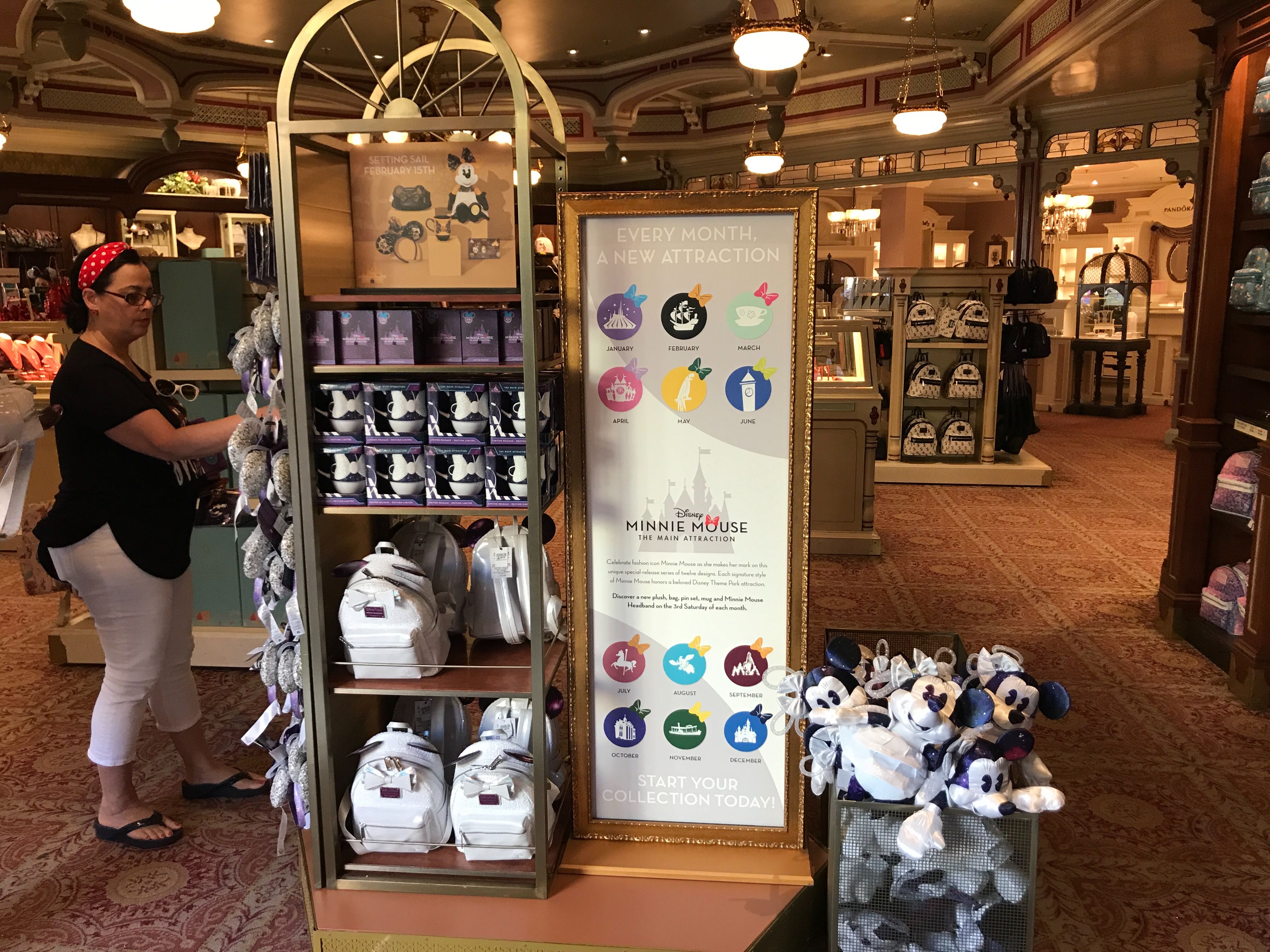 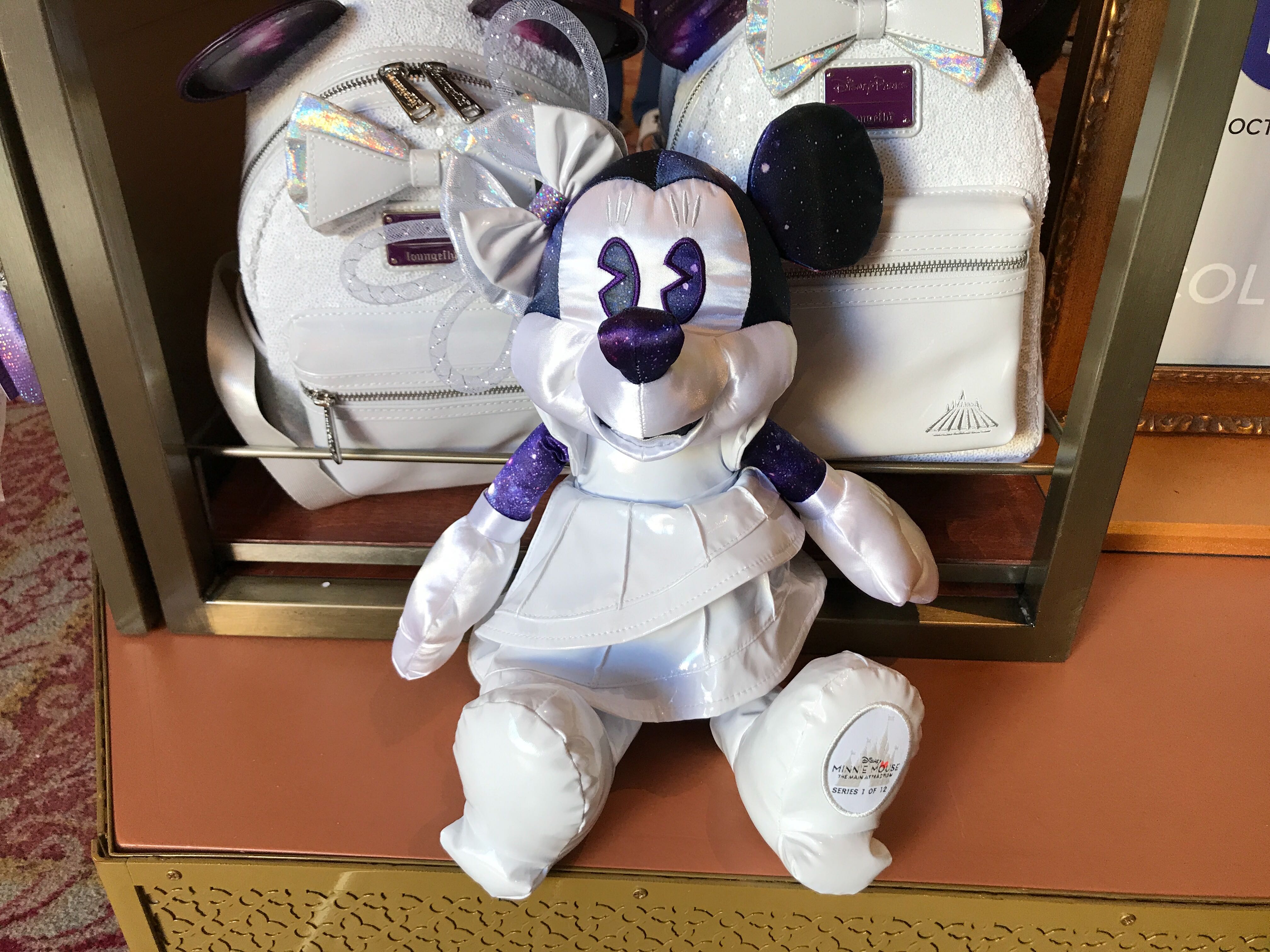 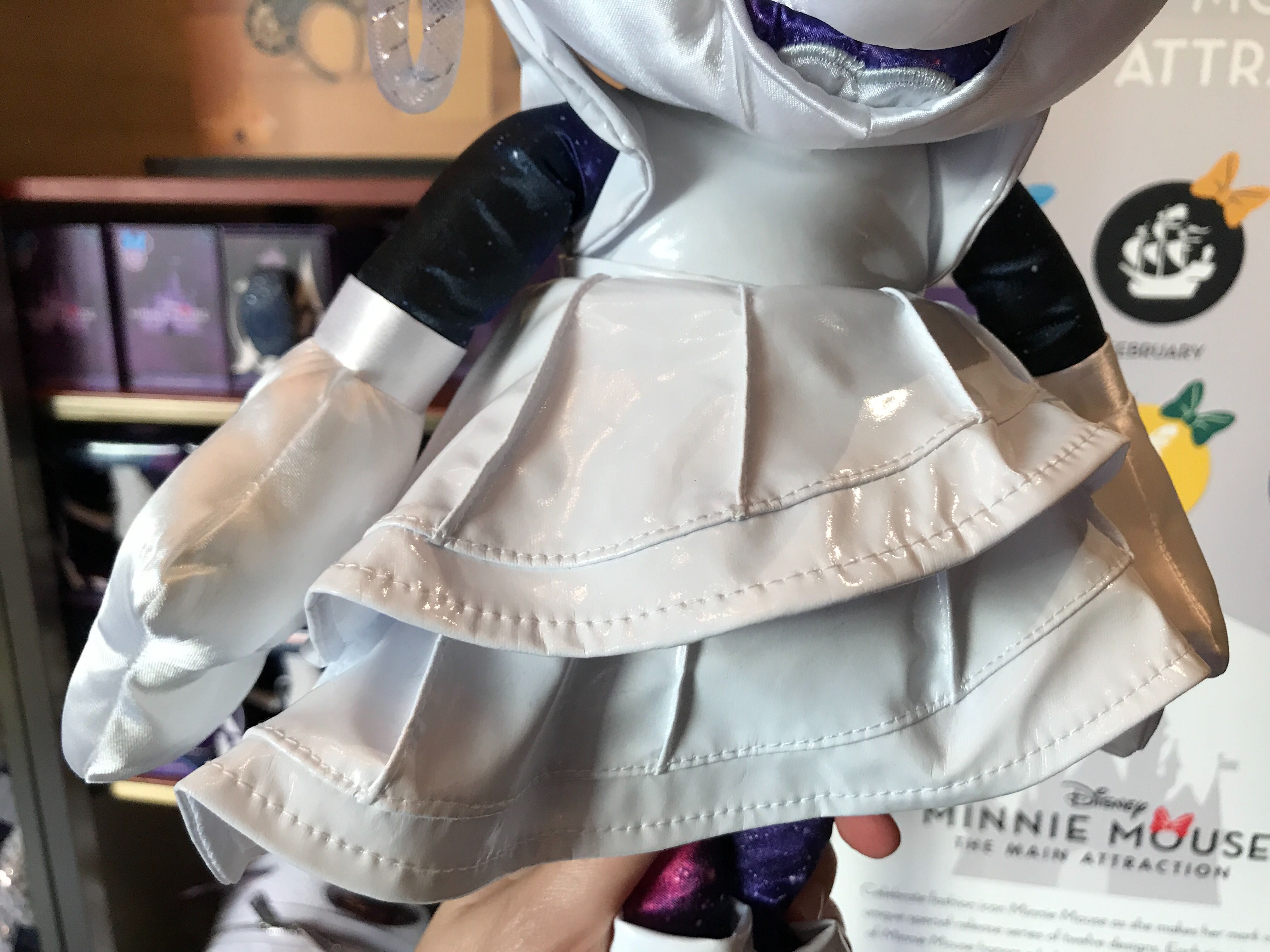 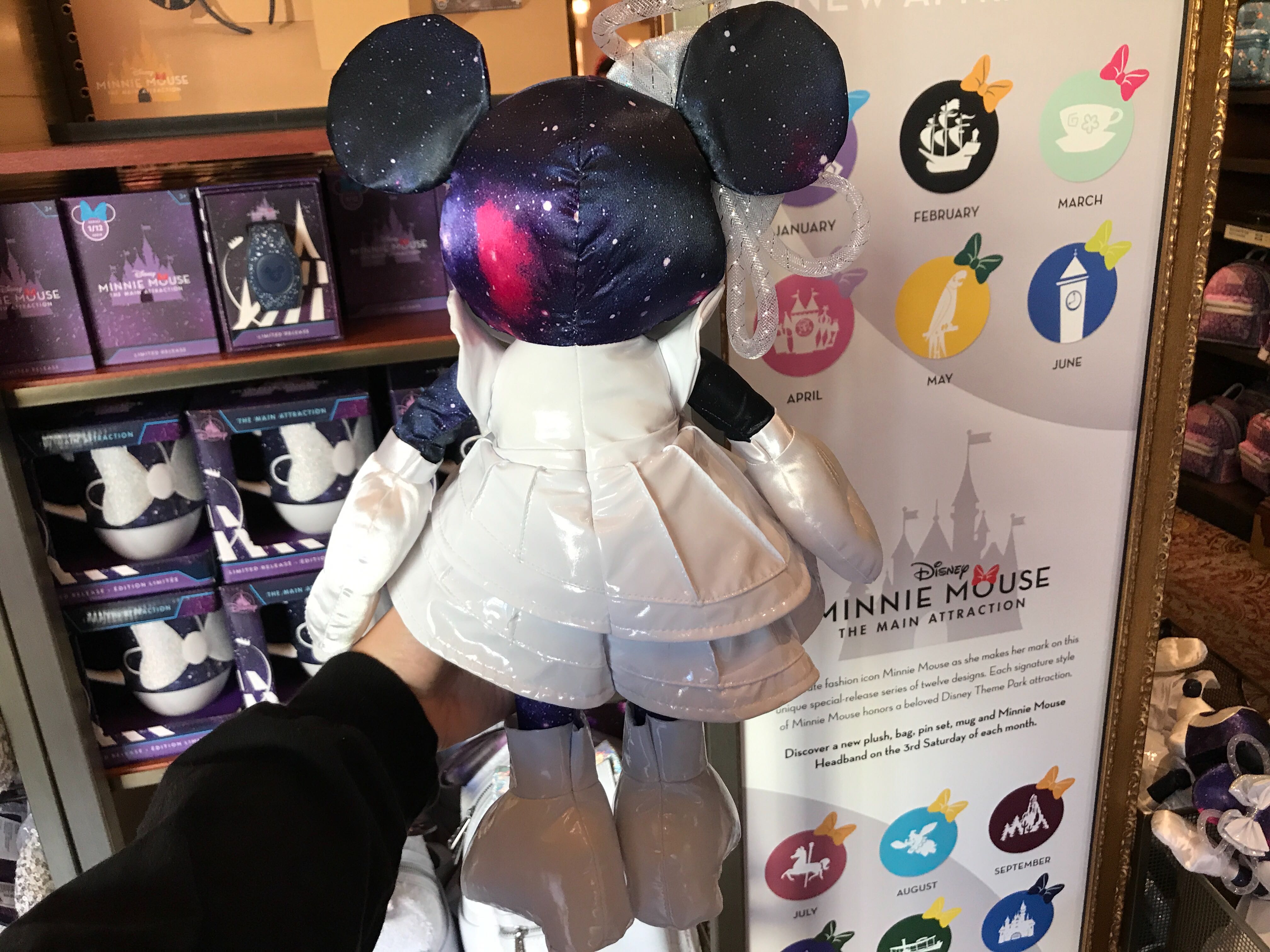 Minnie’s style is out of this world, with an iconic Space Mountain-inspired dress. 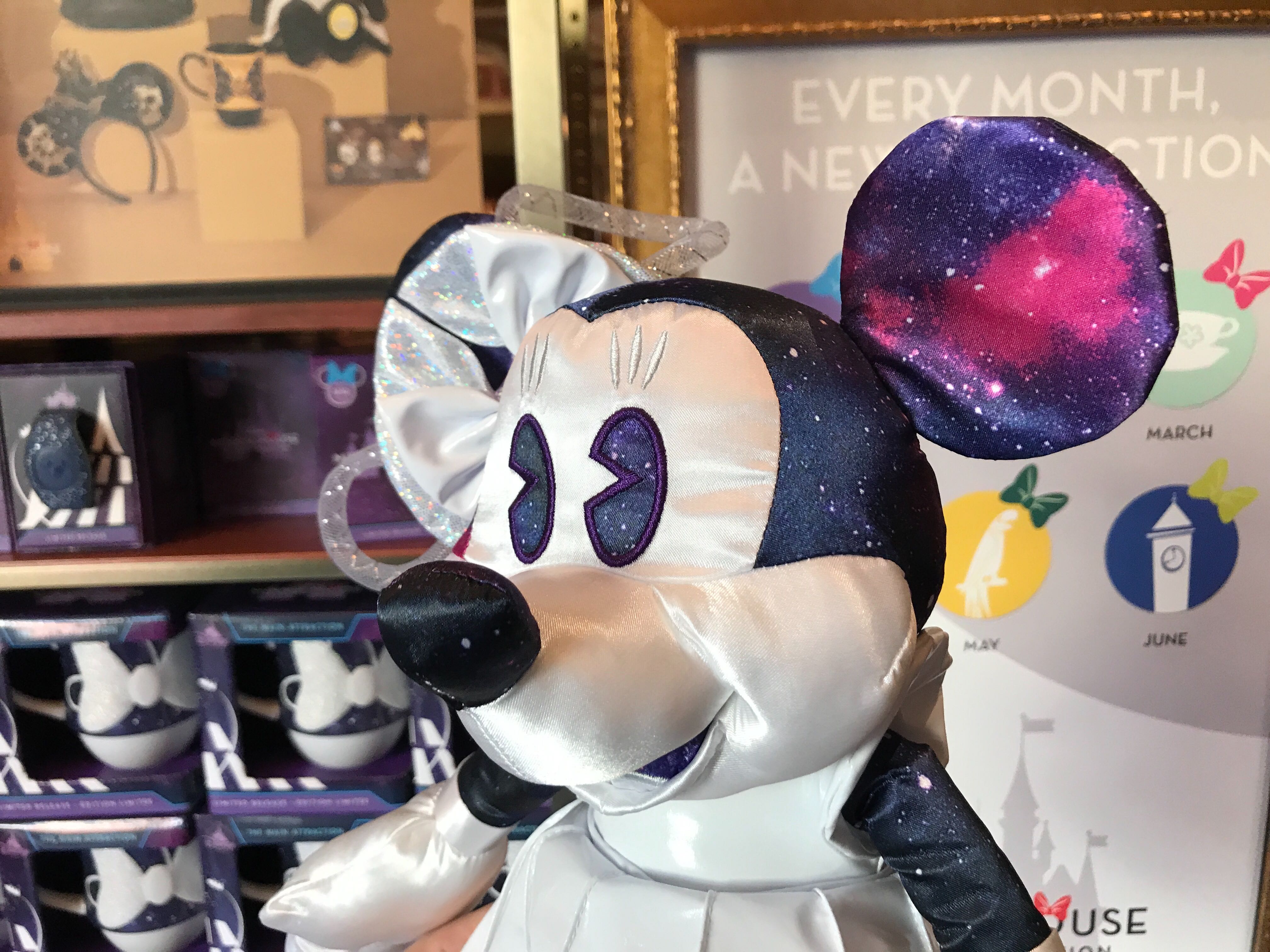 Her ears, body, and facial features are a galactic print, with bold, dark colors swirling together. 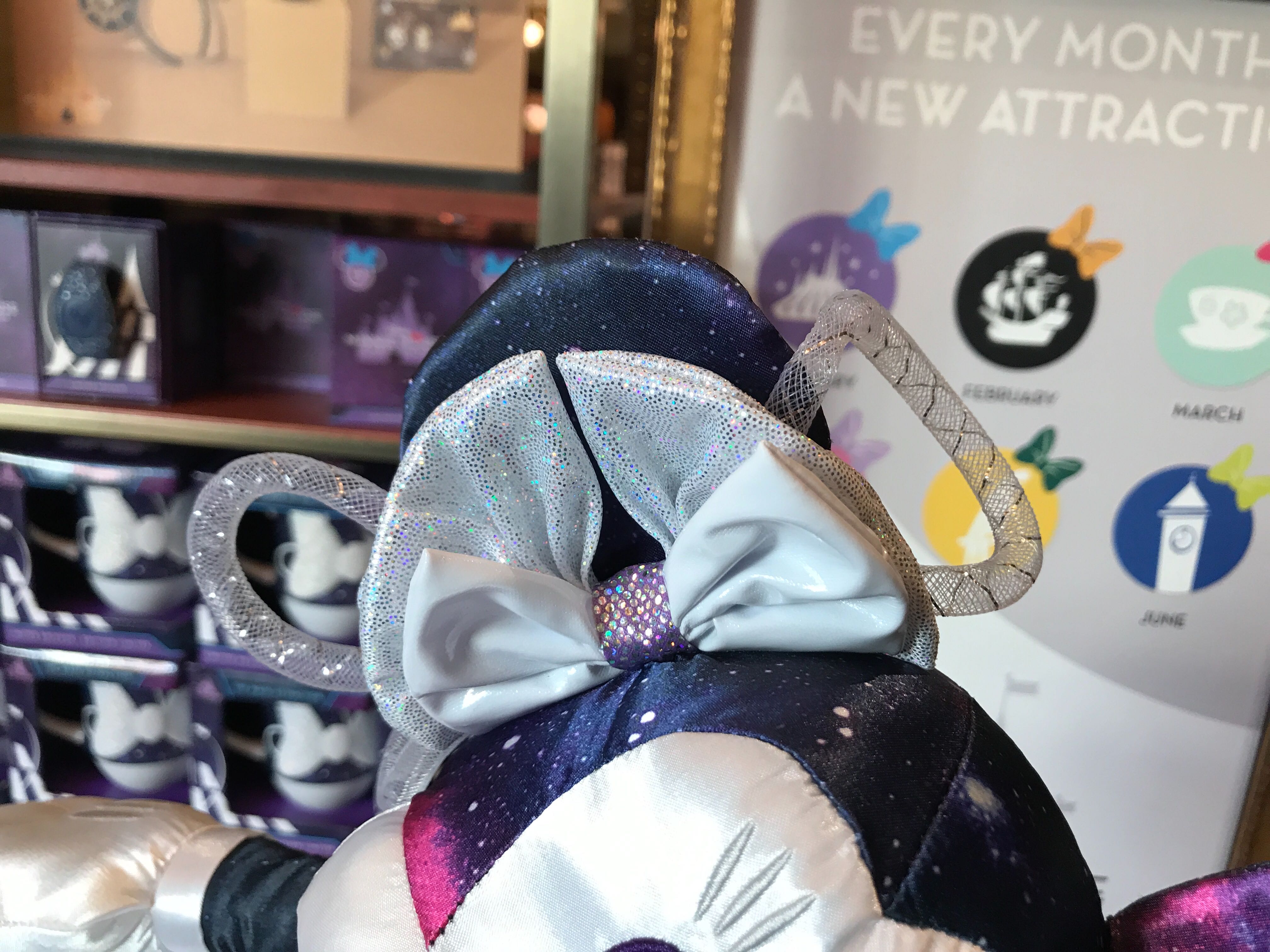 She’s even got the cutest little bow, off to the side. 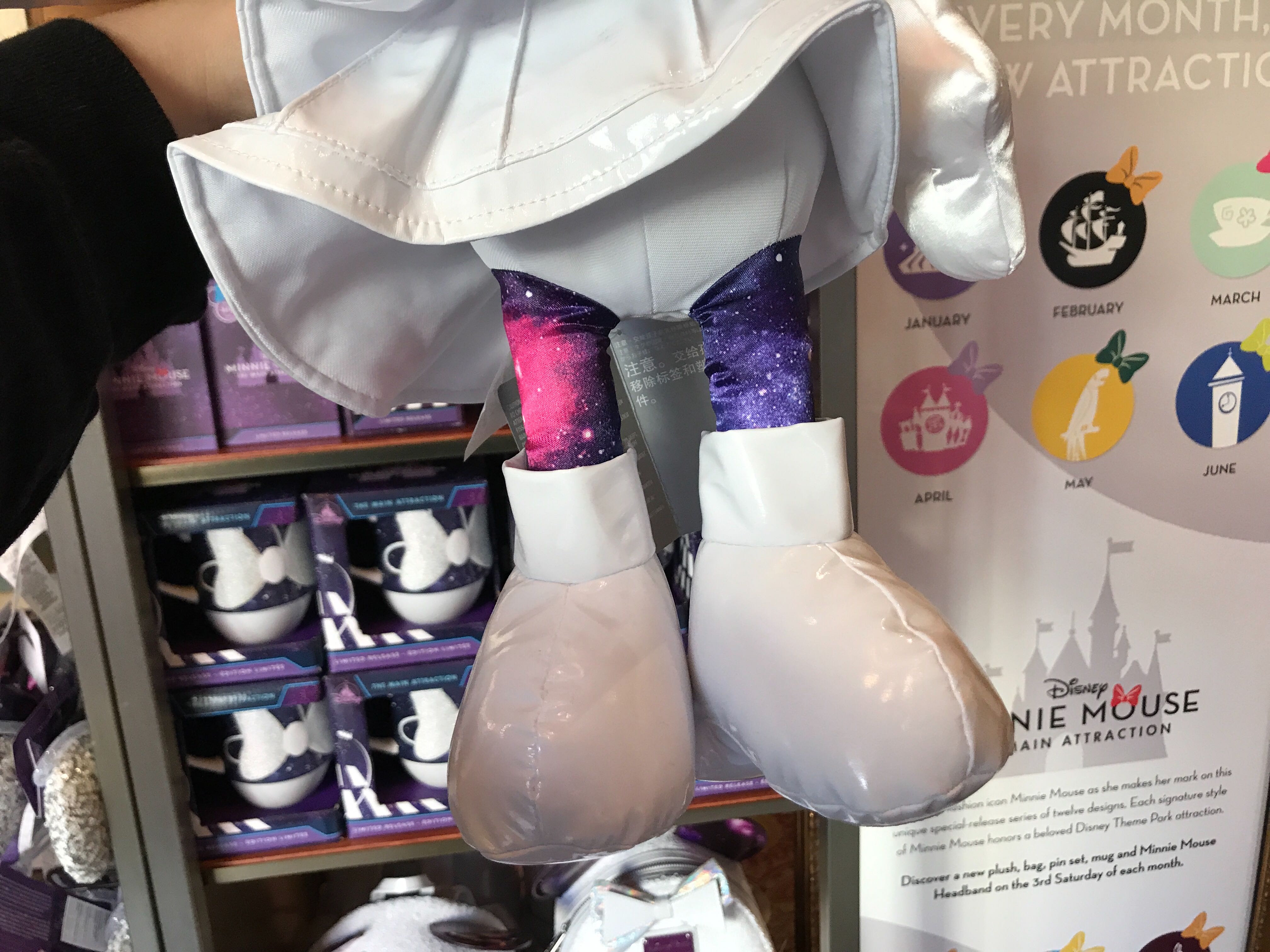 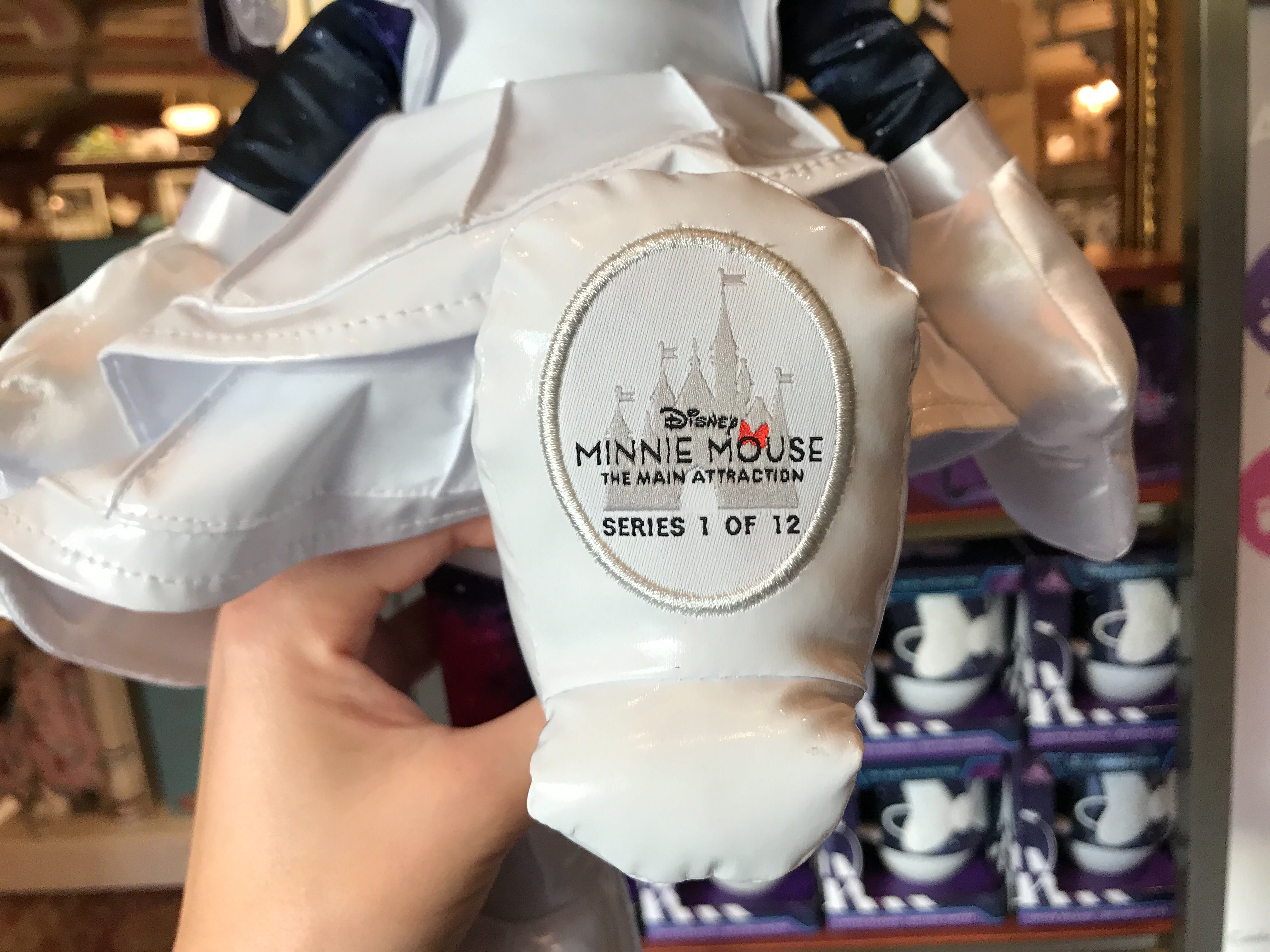 Under her shoes, you’ll find a label showing this is the first in the series. 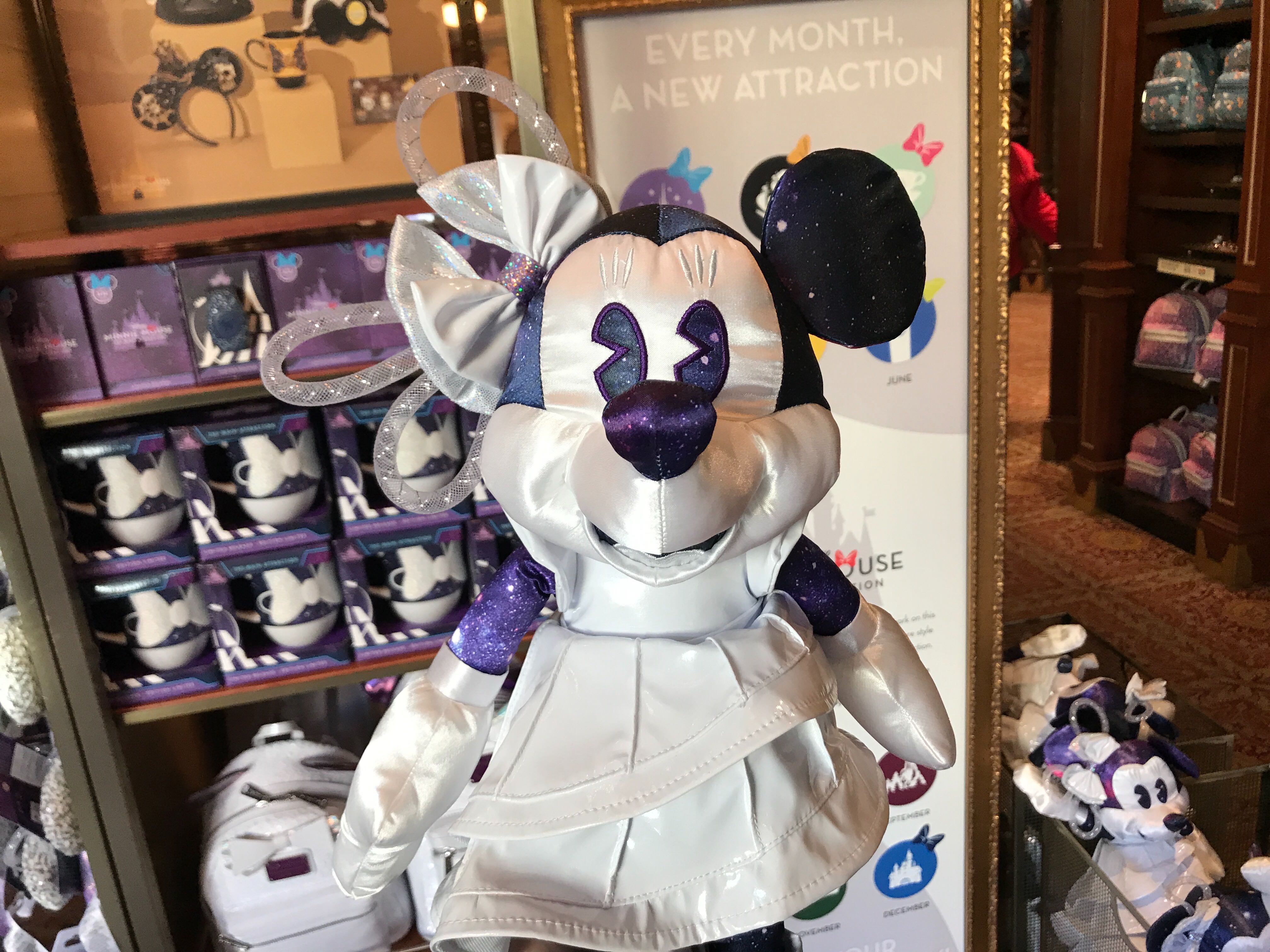 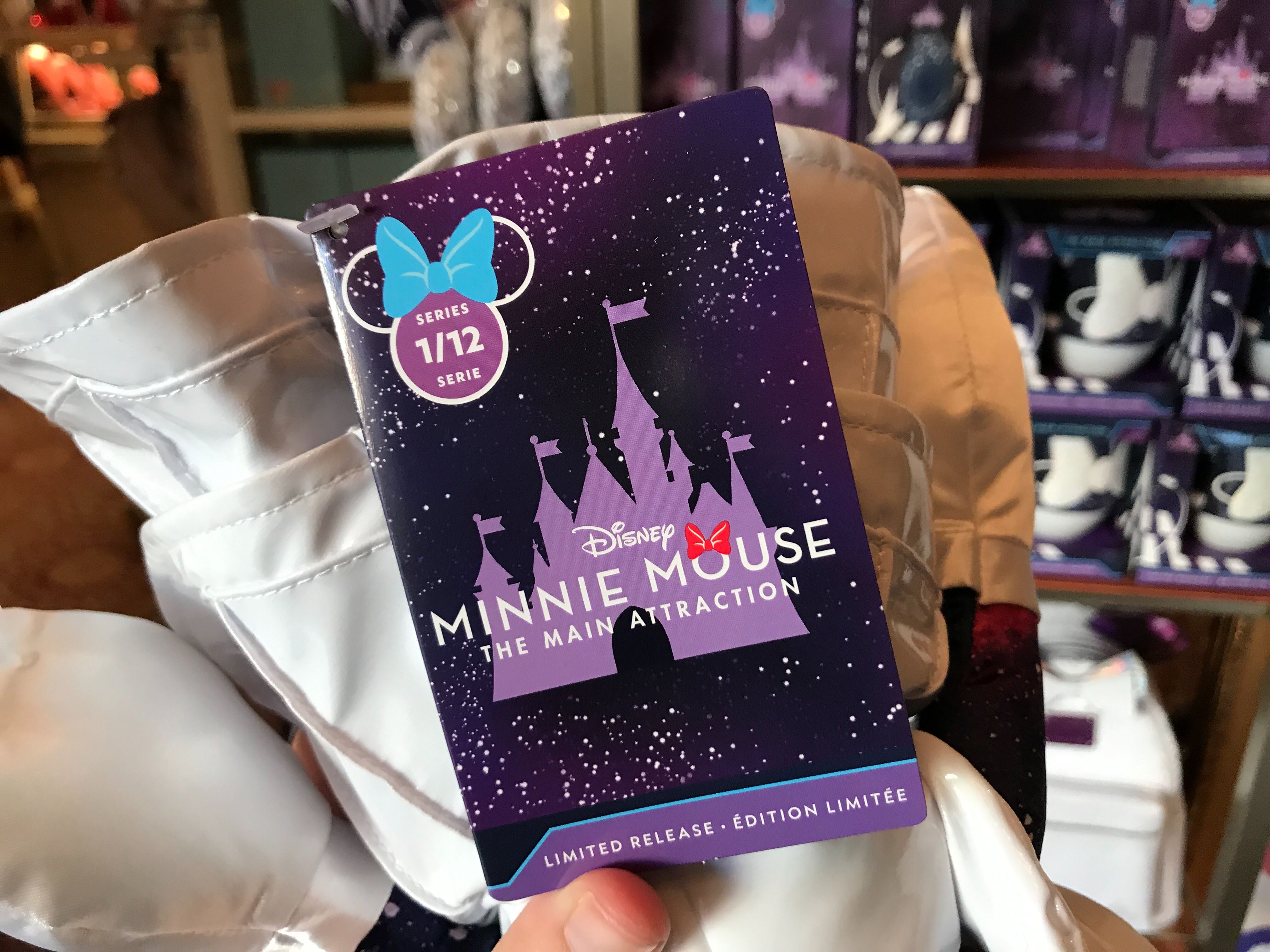 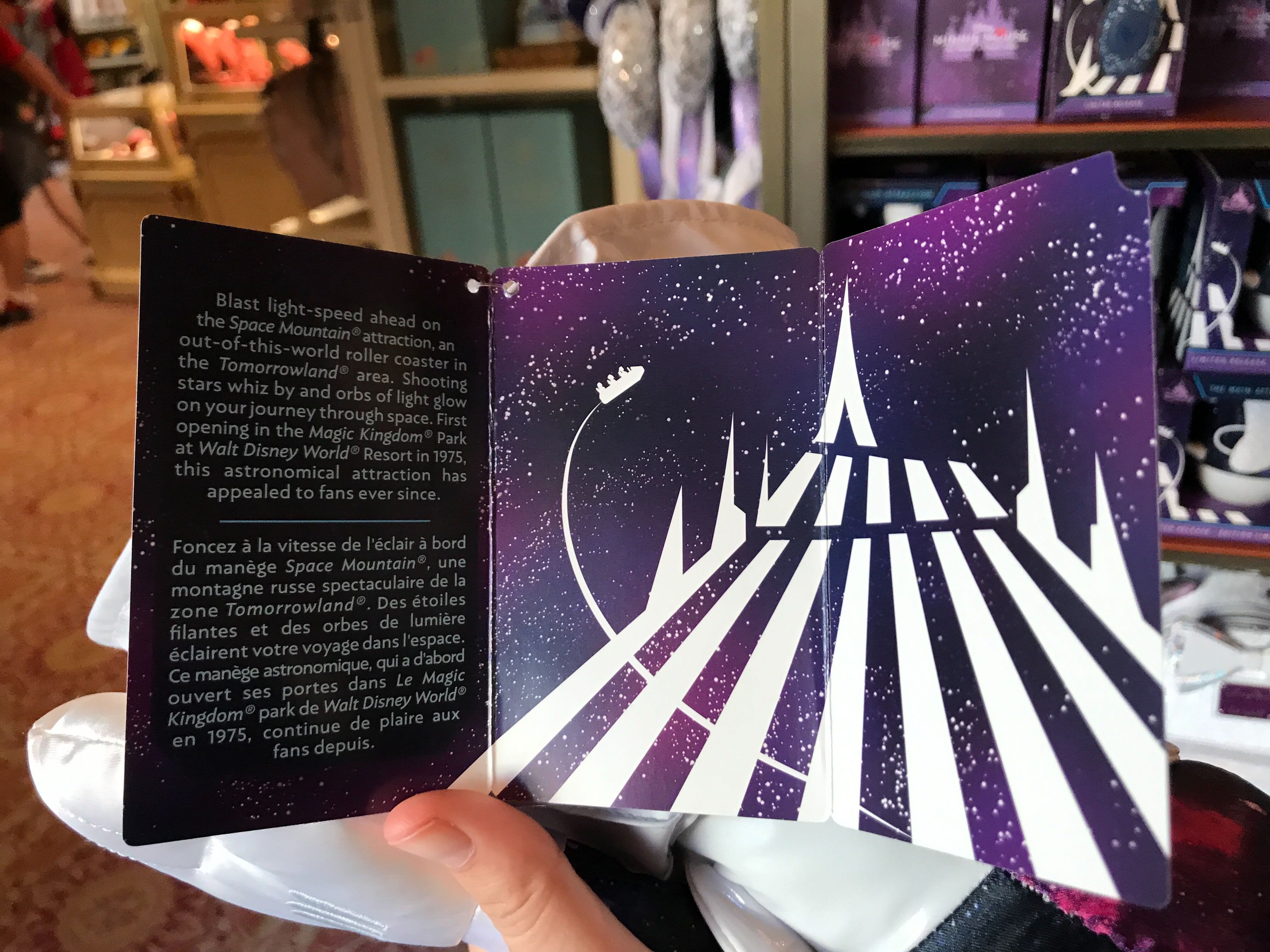 She even has a limited release tag with a short history of the attraction. 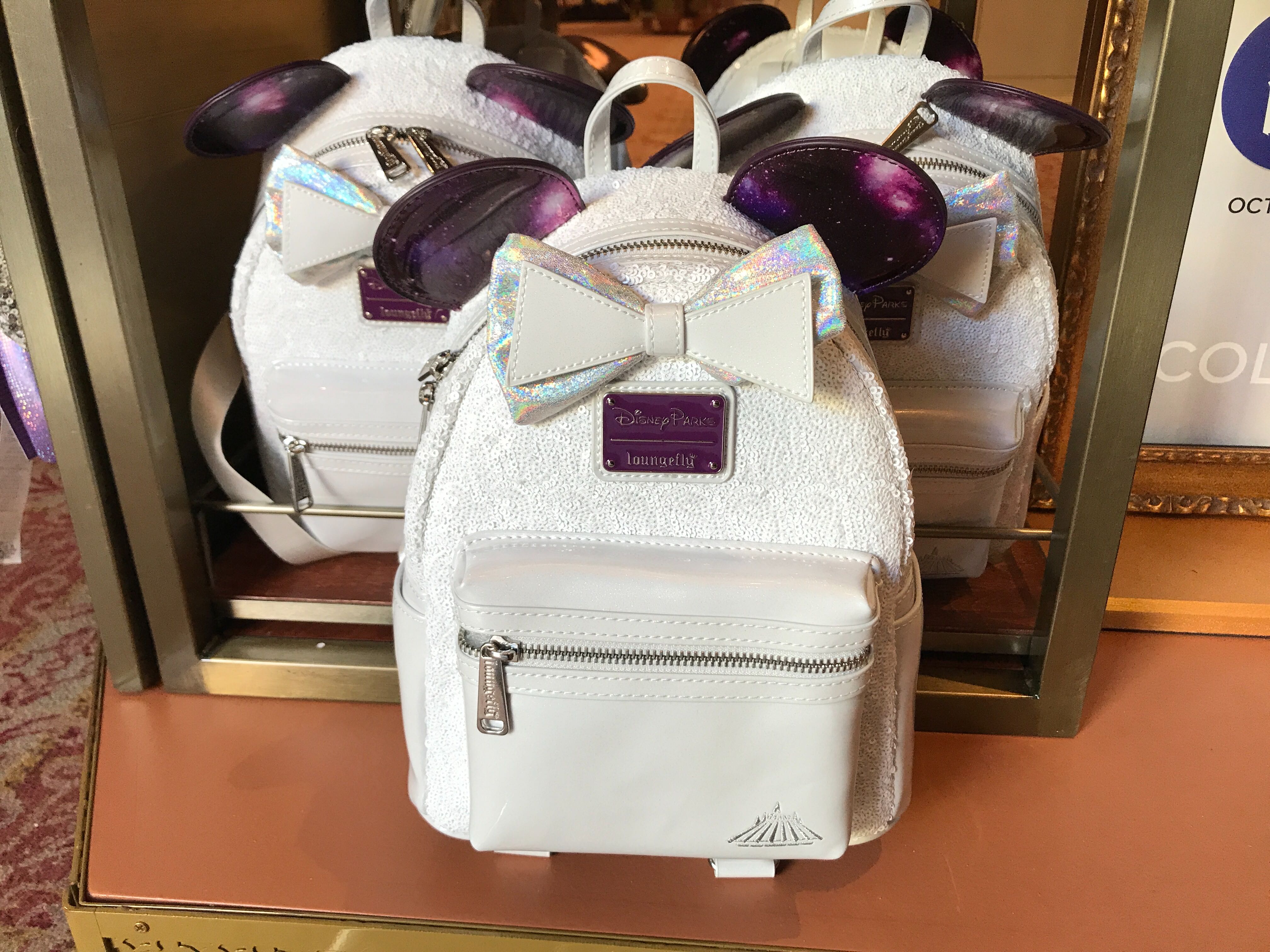 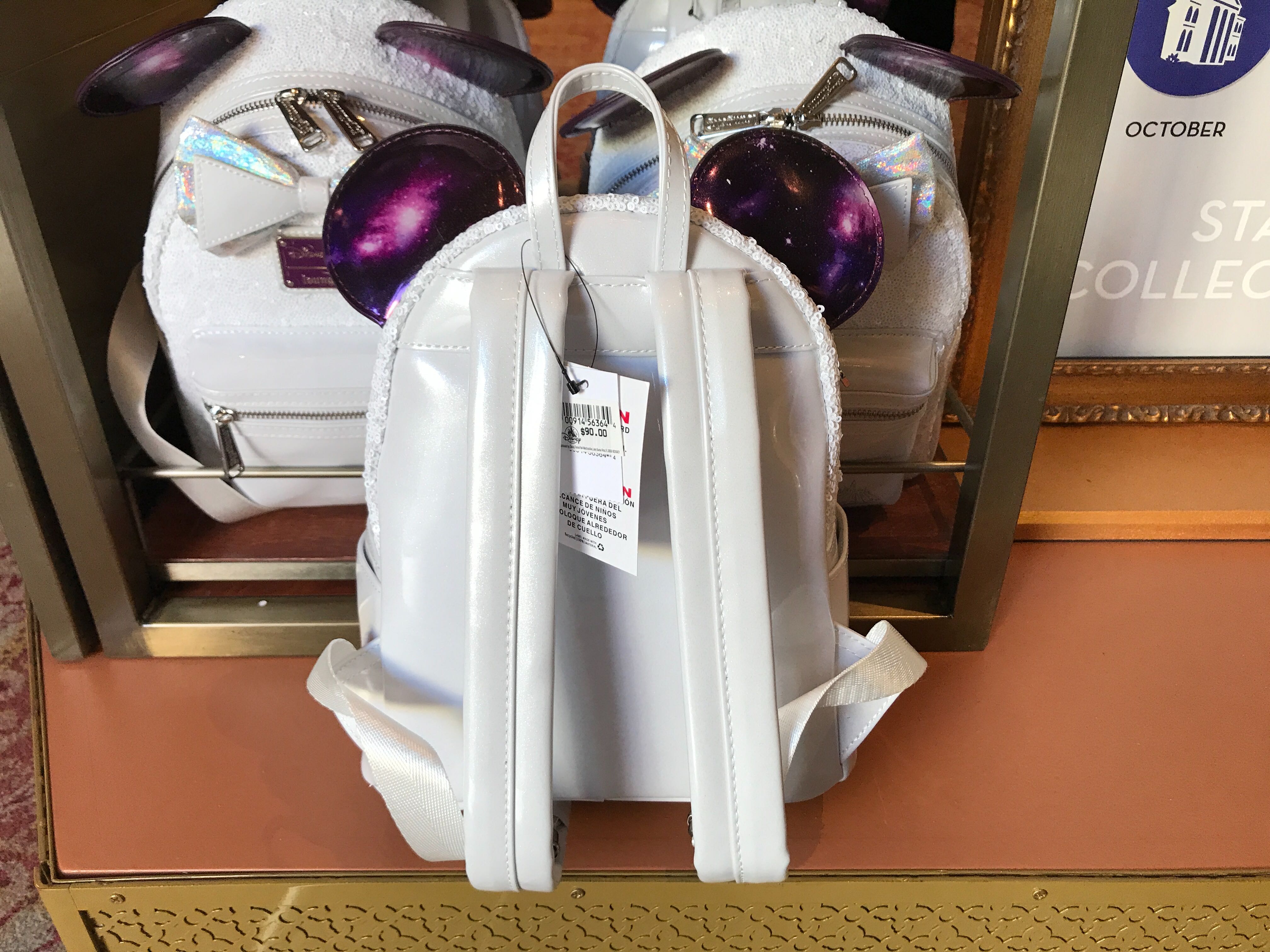 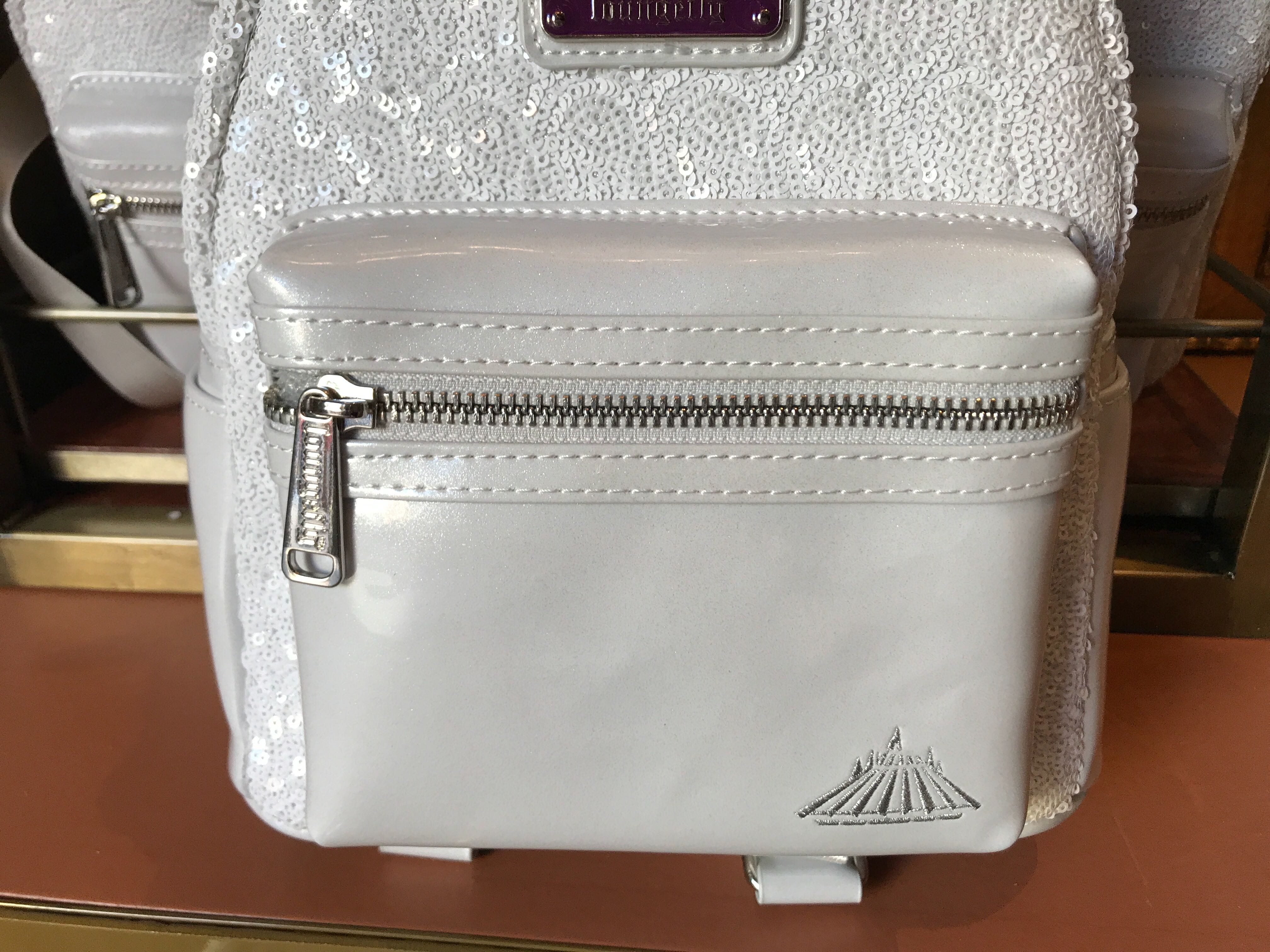 There’s even a small Space Mountain on the corner of the bag. 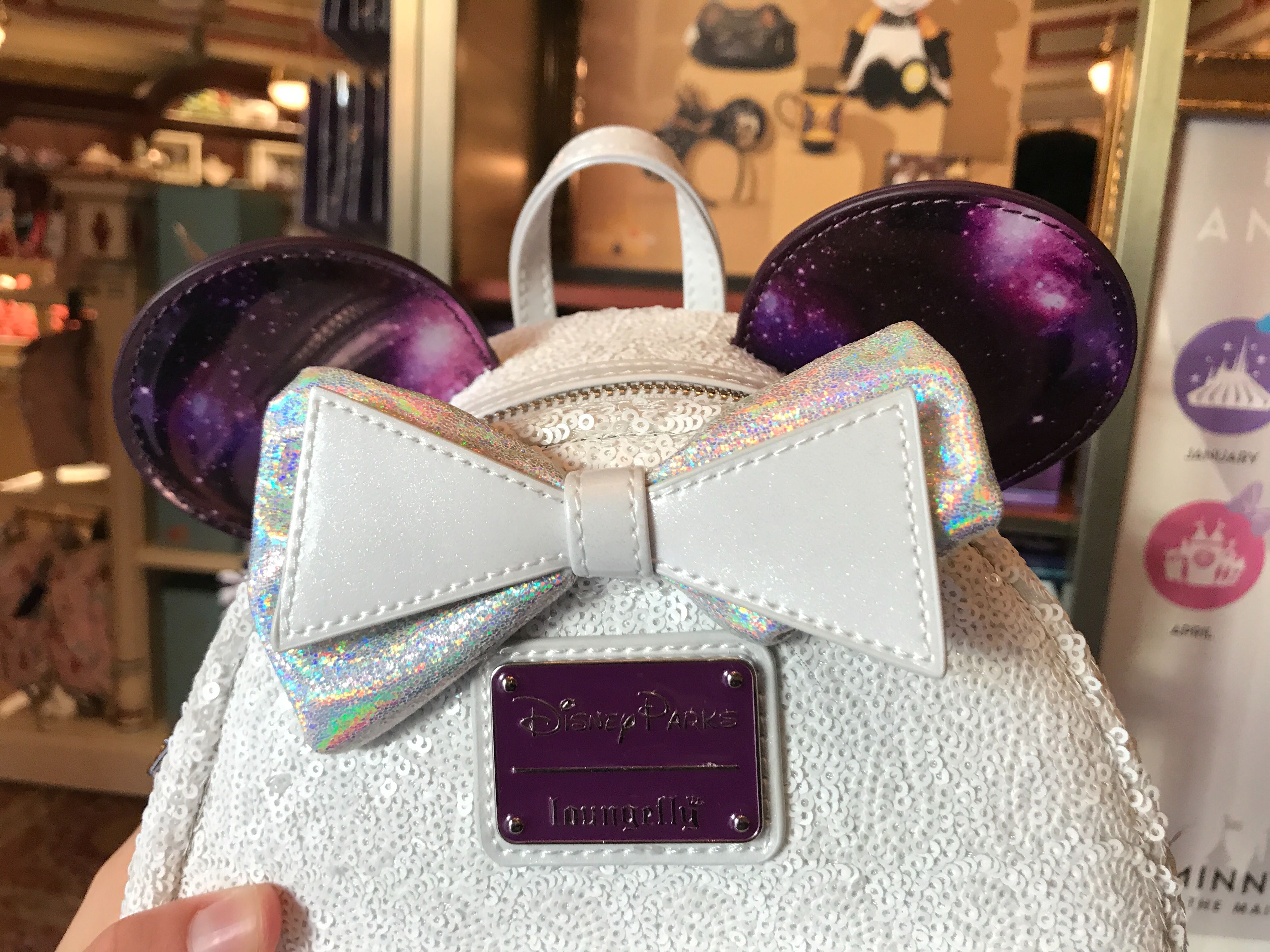 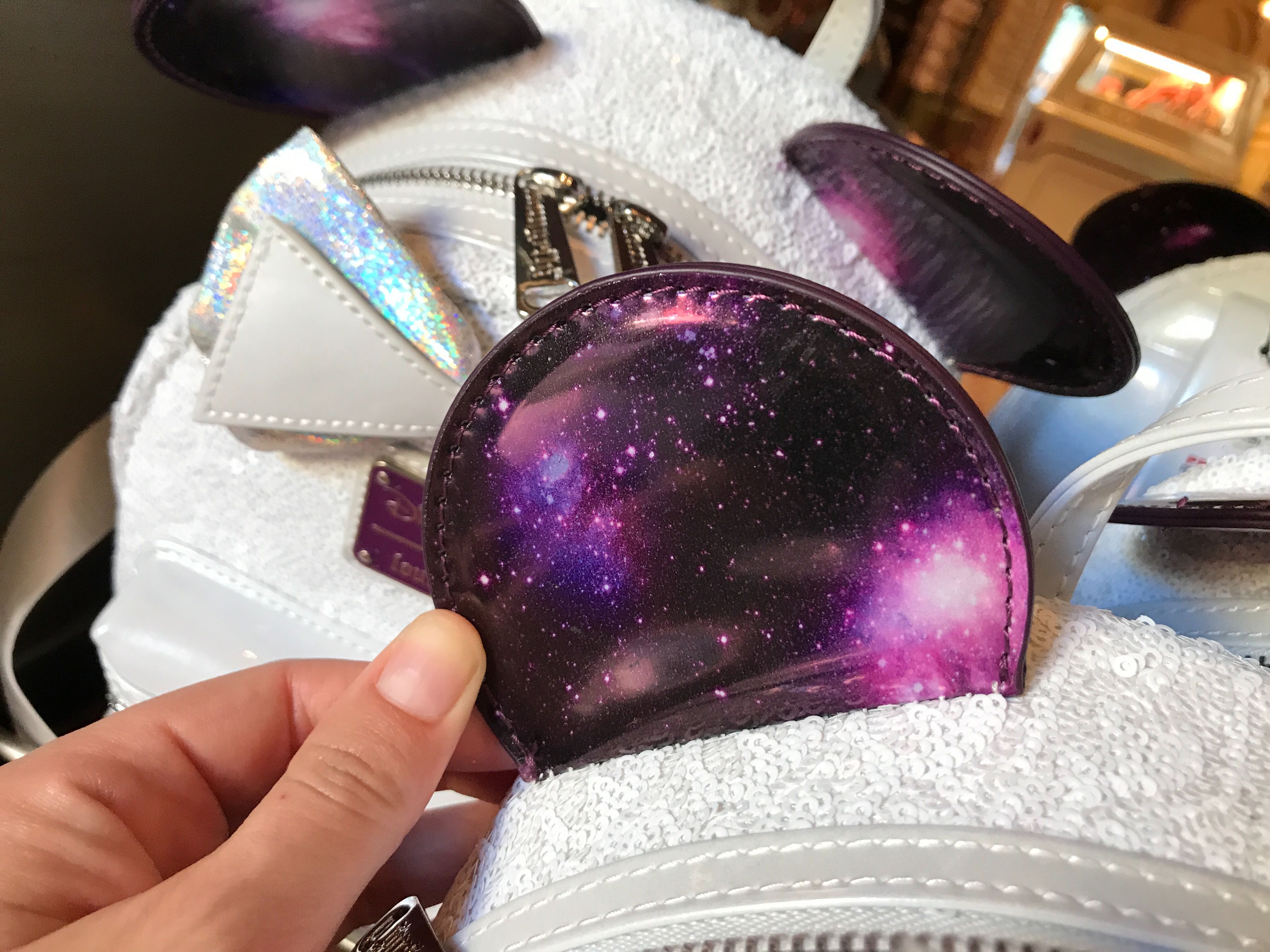 The bag is complete with galactic ears and a white and silver bow. 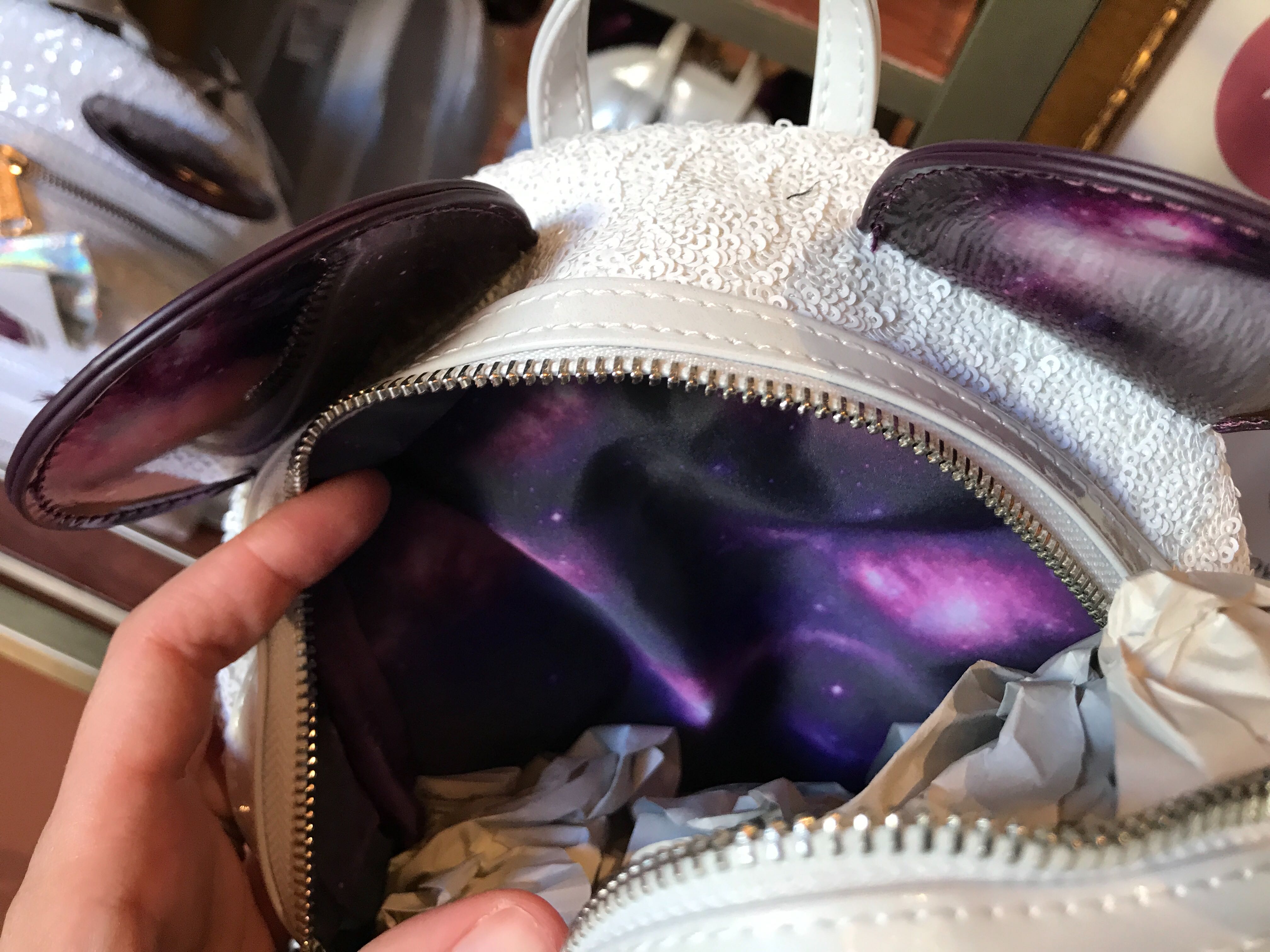 The lining of the bag has the same galactic print as the ears. 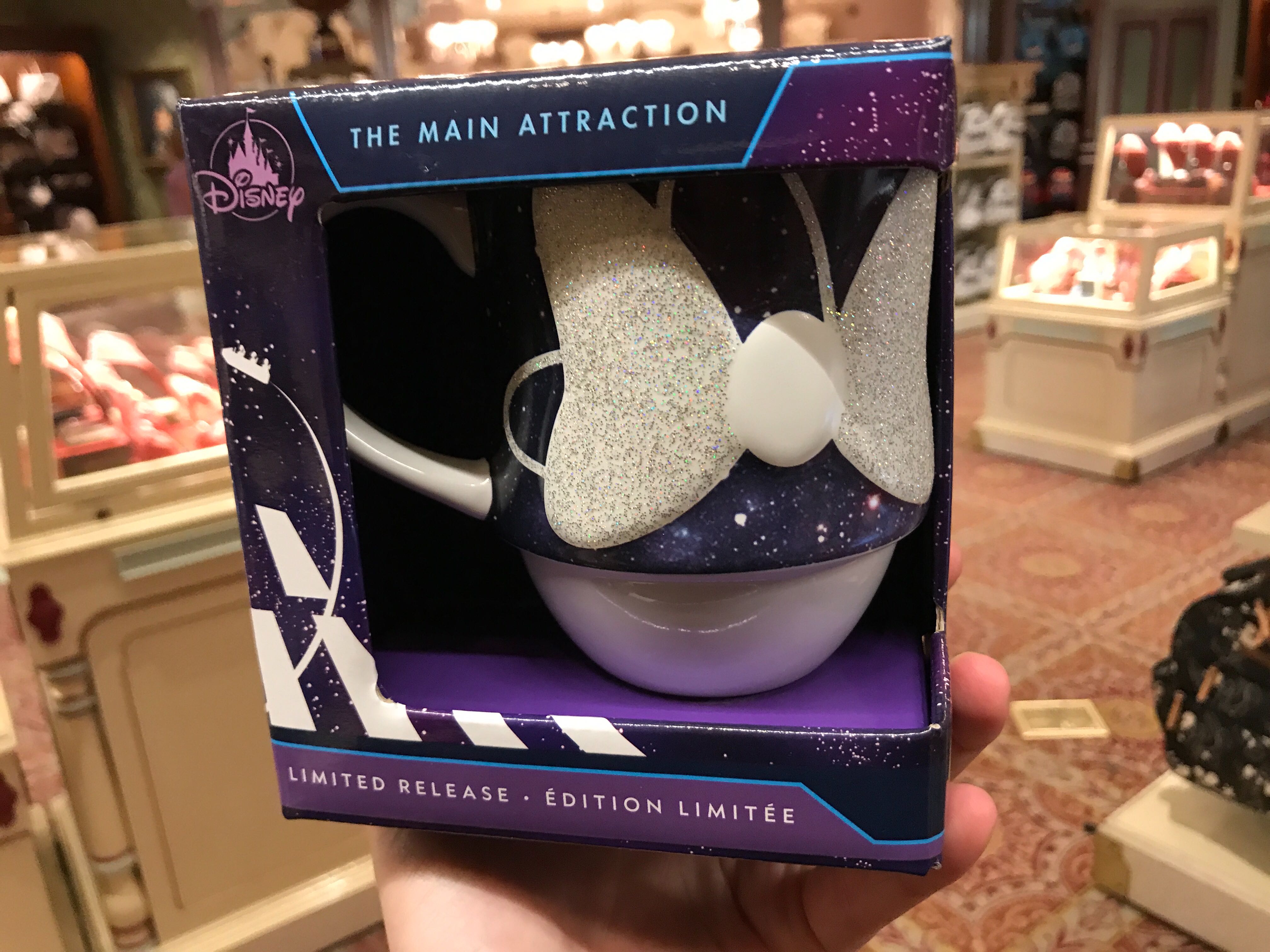 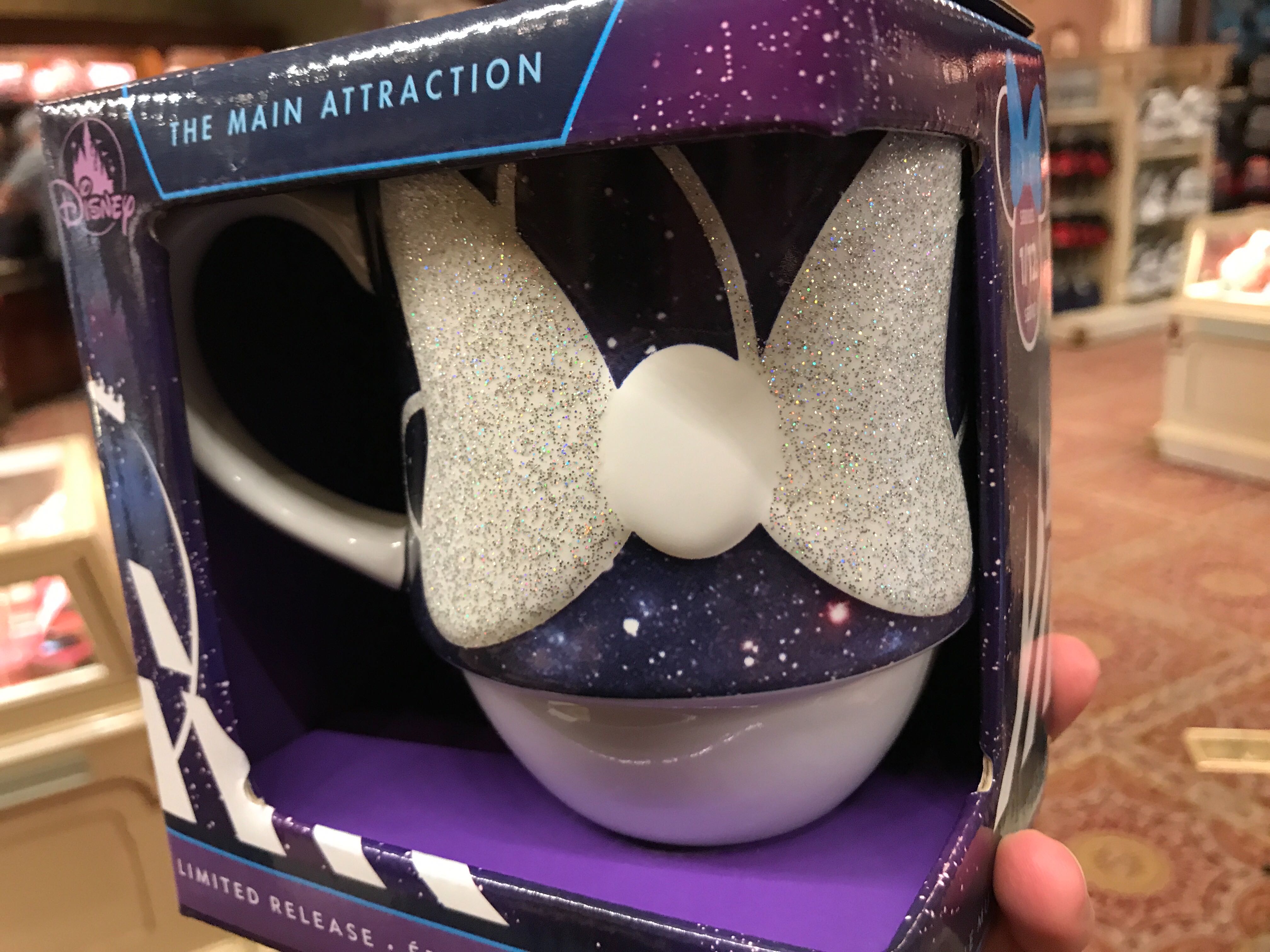 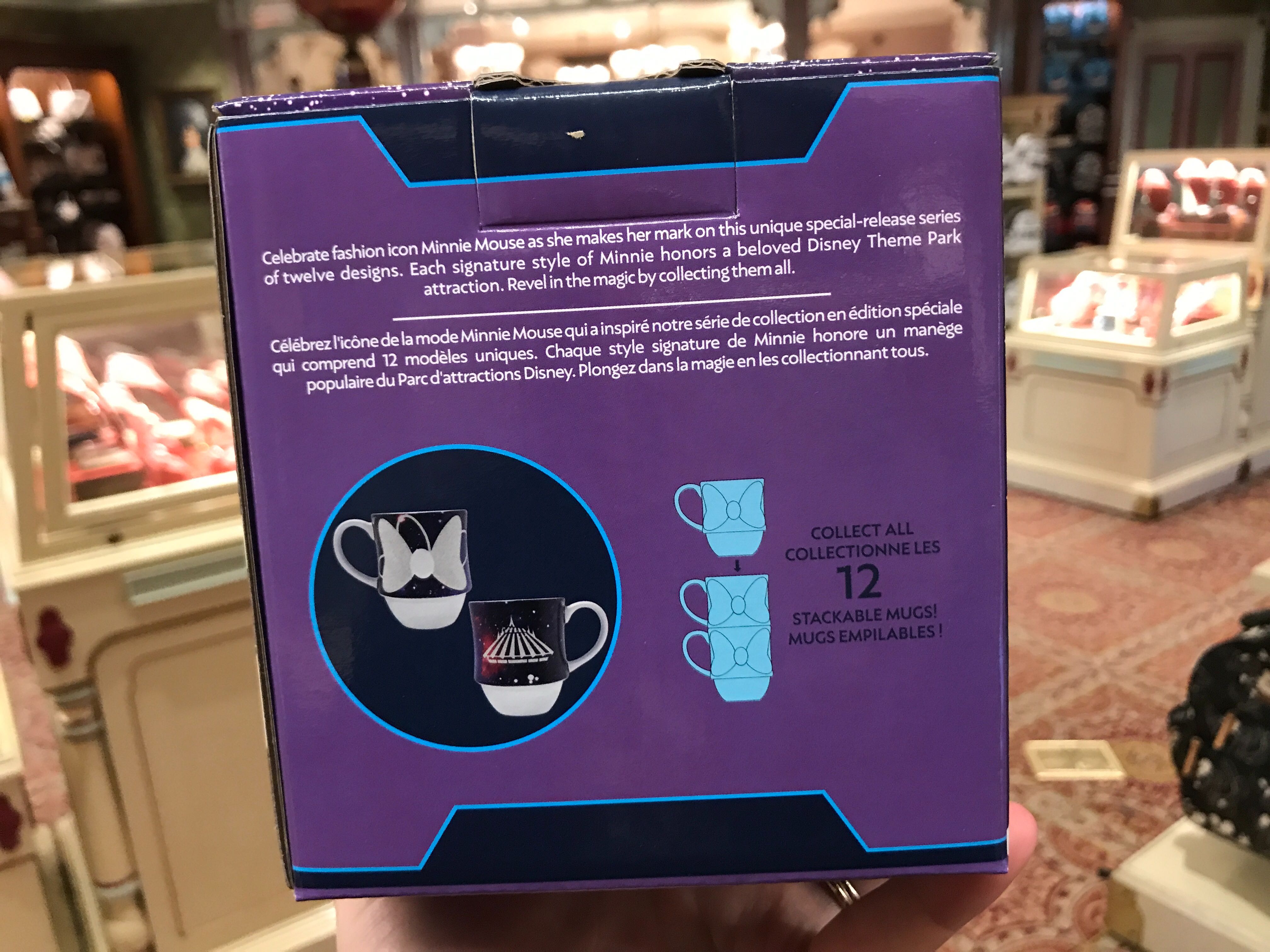 The other side of the mug shows an image of Space Mountain. 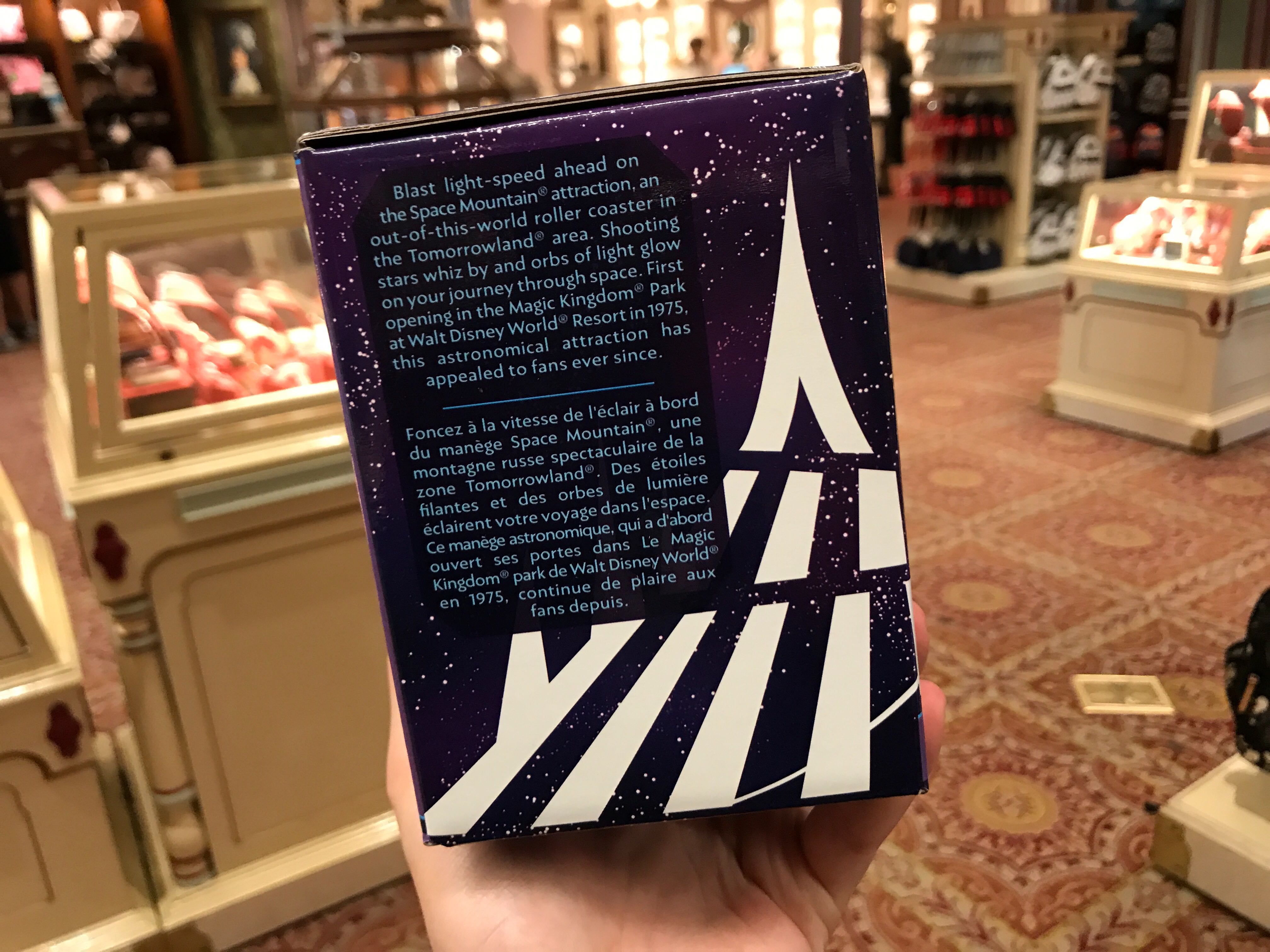 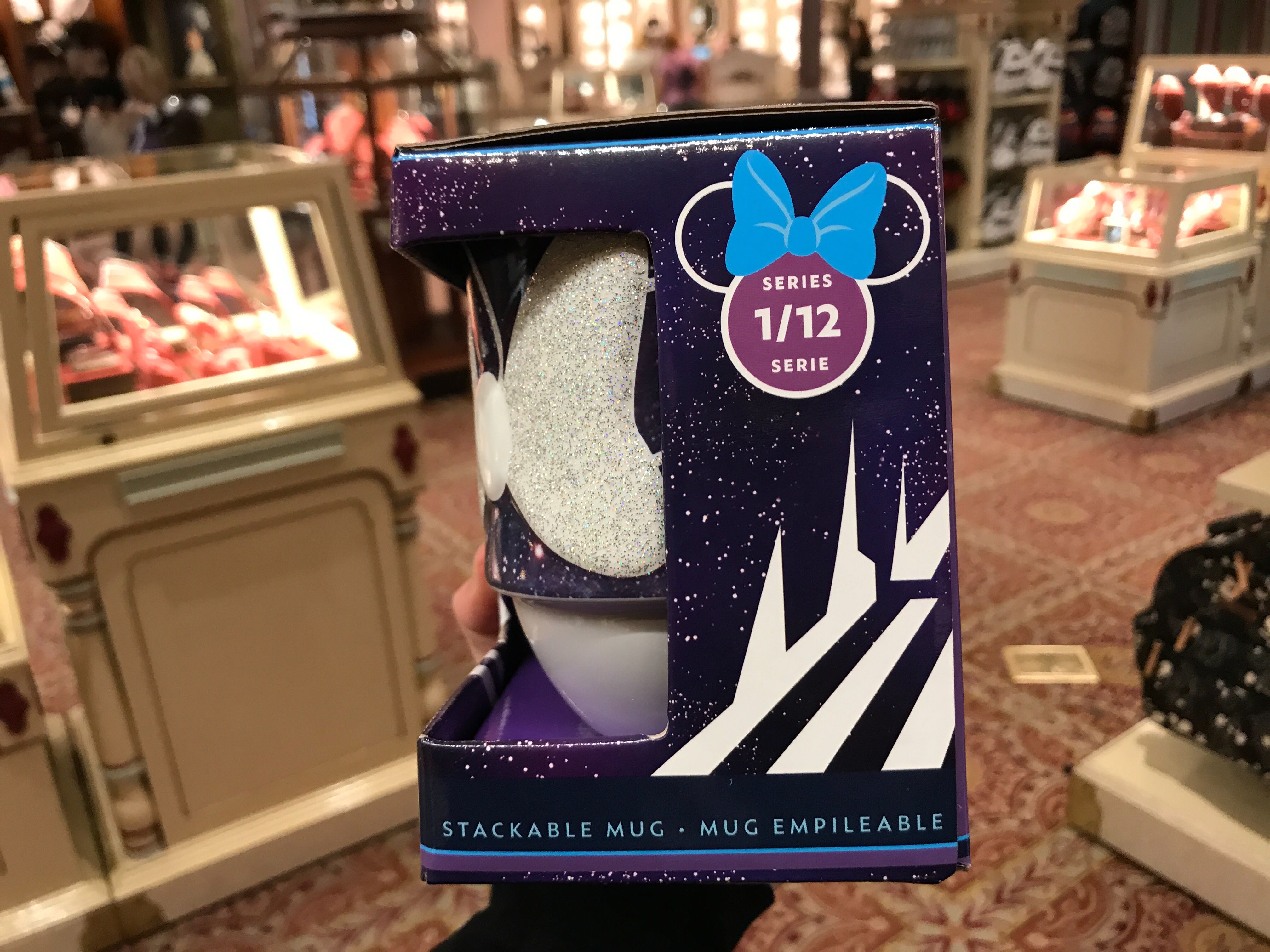 The box also features a little history of the attraction on one side, and 1/12 on the other side. 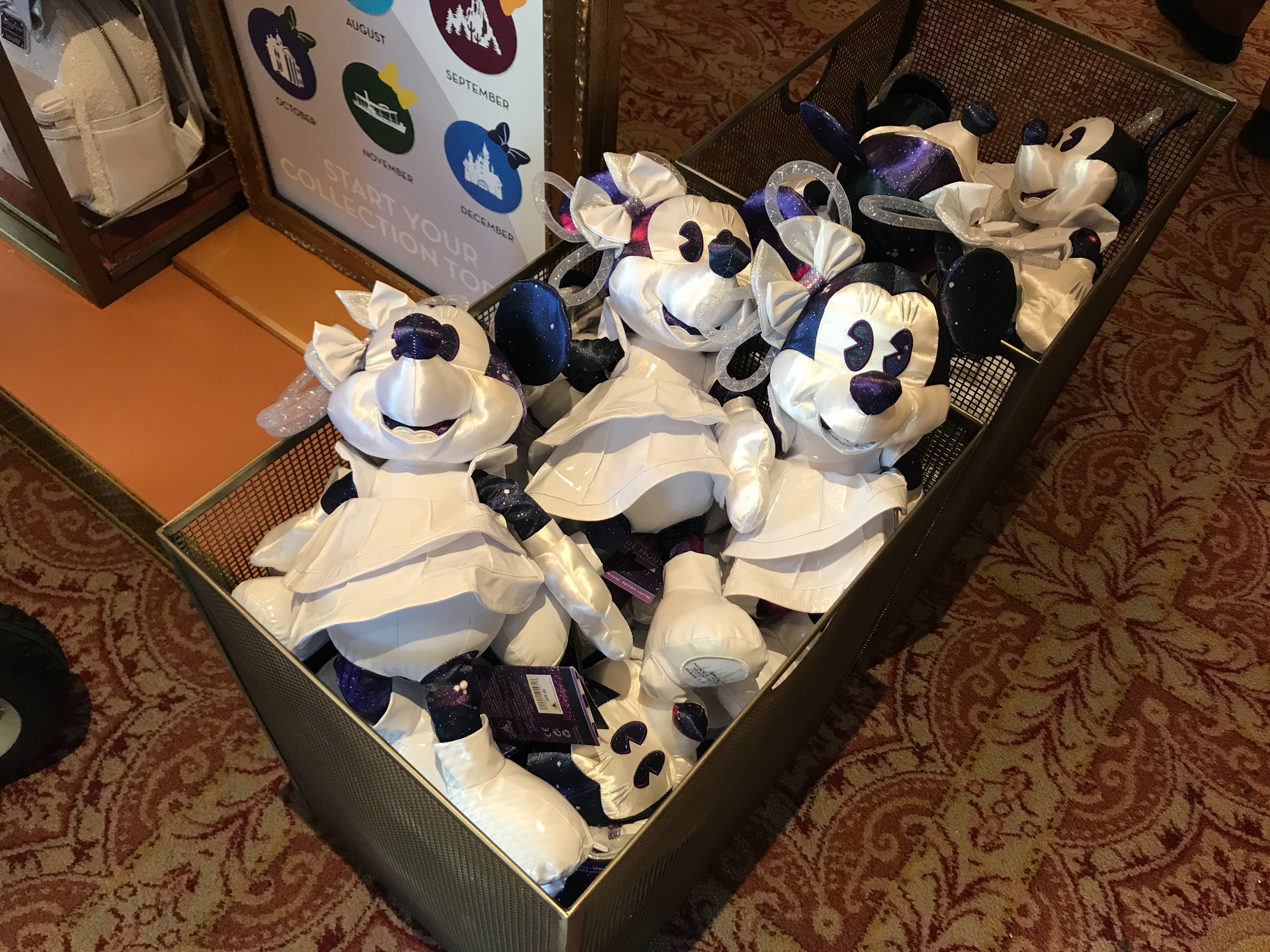 These items were found at Uptown Jewelers at the Magic Kingdom. There’s also a 3 pin set, Minnie ear headband, and a limited release MagicBand.

We’ve also seen sneak previews for Pirates of the Caribbean in February and Mad Tea Party in March, so we’re excited to add the entire series to our collection. It’s nice to see Minnie Mouse and the parks being featured, and available in the parks, Disney Stores and shopDisney. This collection is perfect for showing your Minnie Style in the parks.

Will you collect the entire series, or is there a specific attraction you’re looking forward to that will release later this year?