“Oh boy!” It’s always an animated adventure with Mickey Mouse around, and this new open edition MagicBand shows off some classic animated scenes! This white MagicBand features features Minnie Mouse, Donald Duck and Pluto within the film strip that makes up the length of the band. 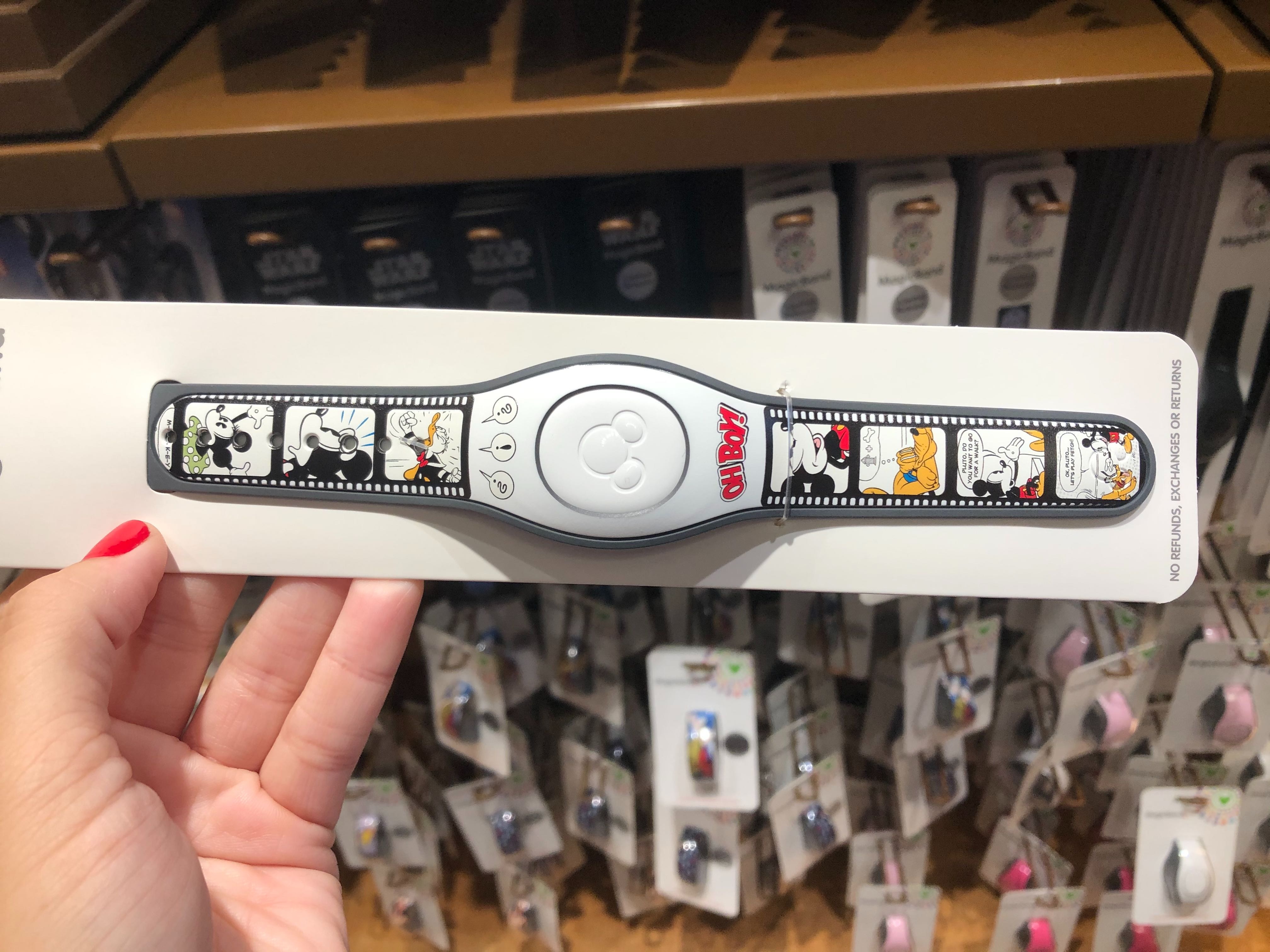 Mickey’s “Oh boy!” and Donald’s emotions can be seen animated outside of the film strip on the white background. On one half of the MagicBand, we can see Mickey and Pluto in their own little story. With Pluto dreaming about fire hydrants and bones, to Mickey asking him if he wants to go for a walk, to the two pals playing fetch outside. The other half of the MagicBand shows Donald losing his cool a bit, and Mickey and Minnie reacting to their friend’s outburst.

These little scenes on this film strip are really cute and bring a lot of nostalgia for how the old Mickey Mouse cartoons used to be with this classic animation style. It’s nice to see this style return, rather than being the new animation style that’s used for the new Mickey Mouse shorts and that will be featured in Mickey and Minnie’s Runaway Railway. If you’re looking for more nostalgia, make sure to check out the new Limited Release Tomorrowland MagicBand that we found as well!

The MagicBand costs $24.99 and both can be found at The Darkroom in Disney’s Hollywood Studios and at The Emporium in the Magic Kingdom, and will most likely be found at other merchandise locations across the Walt Disney World Resort soon too.

What do you think of the retro designs making a comeback? Do you like seeing the return of the classics or would you rather stick with the new magic that Disney keeps coming up with?