PHOTOS: Scrims Rise with Giant Concept Art at The Haunted Mansion at Disneyland

While The Haunted Mansion is closed for an extensive refurbishment at Disneyland, the ghouls of Gracey Manor aren’t just sitting around resting in peace. They’re hard at work making their unlivable accommodations look as good as they can be! 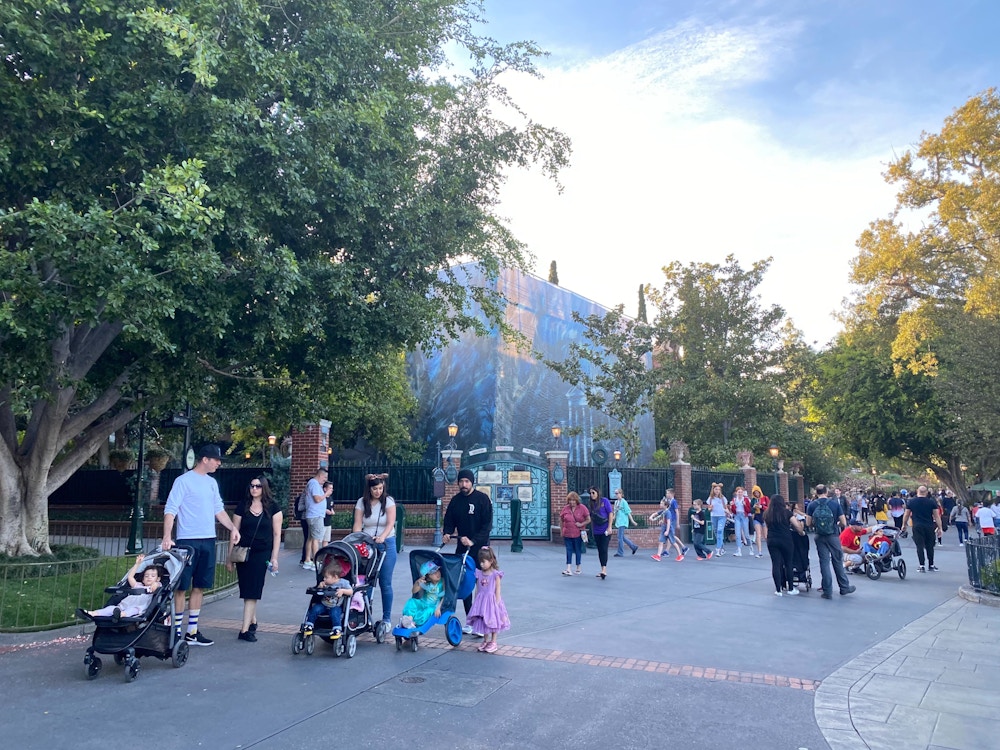 Unfortunately, that means that the attraction’s iconic facade must be shrouded in scrims, which are now up at the park. 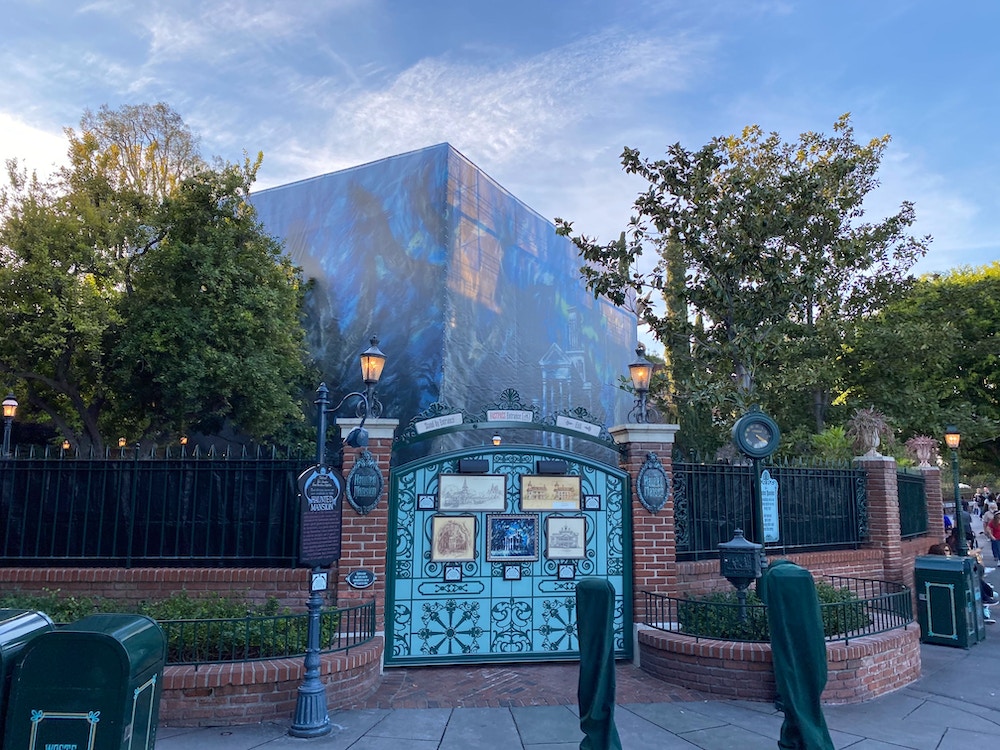 Thankfully, much like their construction walls covering the entrance, the art on the scrims is inspired by concept art from the attraction’s past, helping to keep the 50th anniversary celebrations alive a little bit longer. 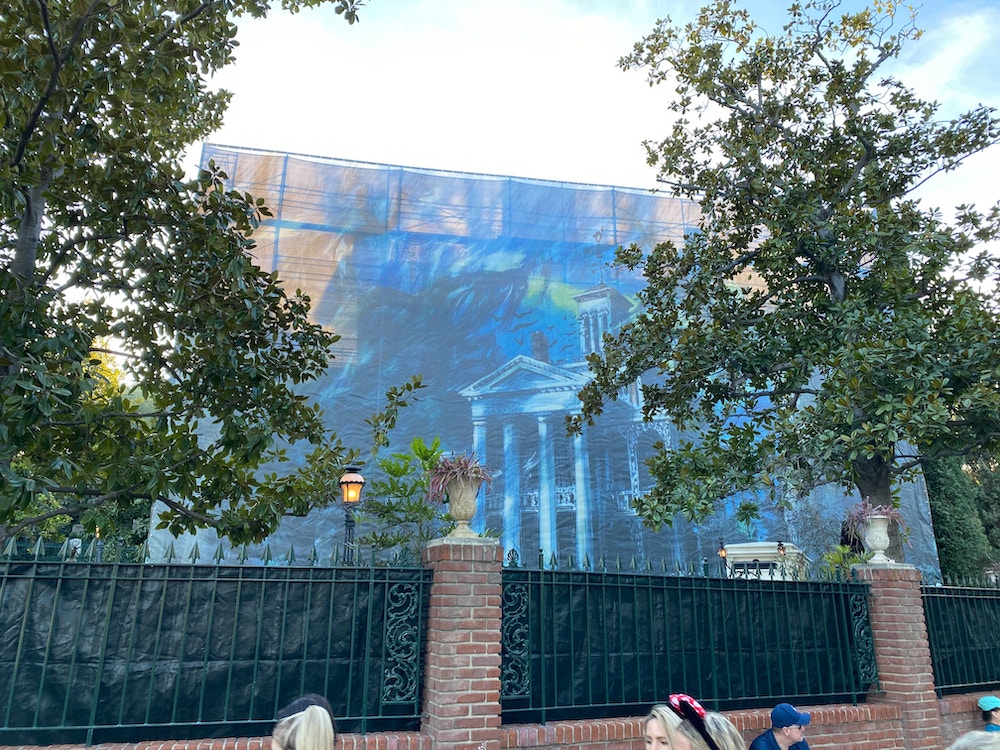 The art pays tribute to the attraction’s past while it gets ready for a bright new future (or a dark musty future, if you prefer) for Disneyland’s 65th anniversary. When it reopens later this year, it will feature new paint and trim added around the attraction’s exterior, plus enhanced lighting and mechanical work (including “lighted steel panels“) within the attraction itself. No changes are expected to be made to the attraction beyond that. 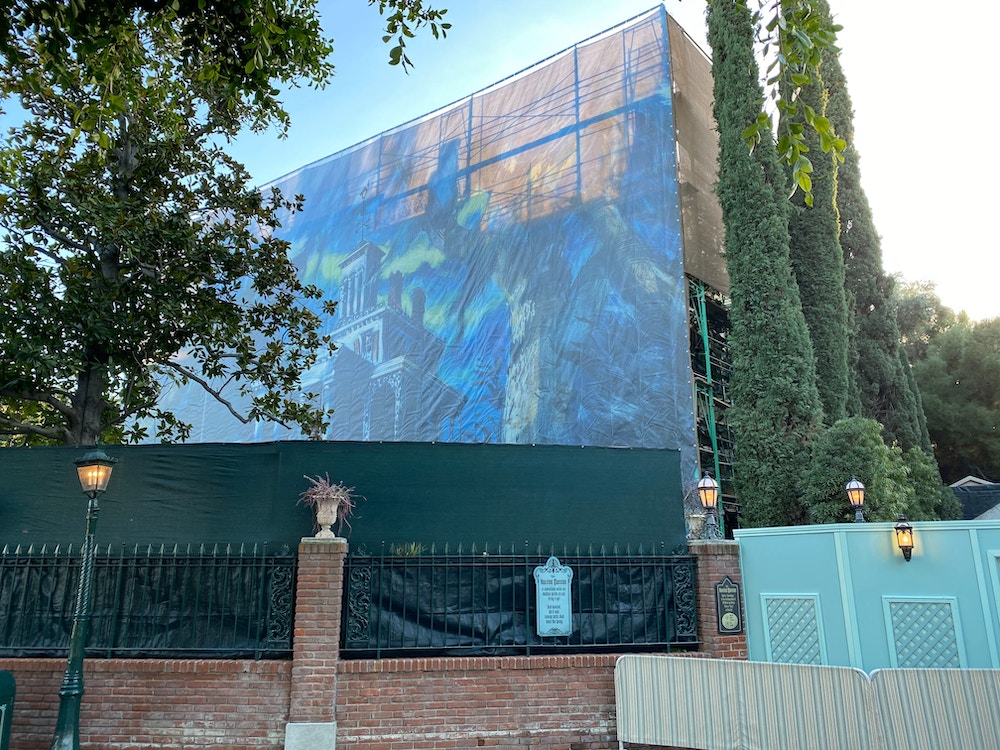 Keep reading WDWNT and Disneyland News Today for refurbishment updates as Disneyland gets ready for its 65th anniversary!