Greetings from Disney’s Hollywood Studios! It’s another day of varied Florida weather, starting out cool and overcast and finishing out sunny. Let’s take a look at all the interesting things we saw in the park! 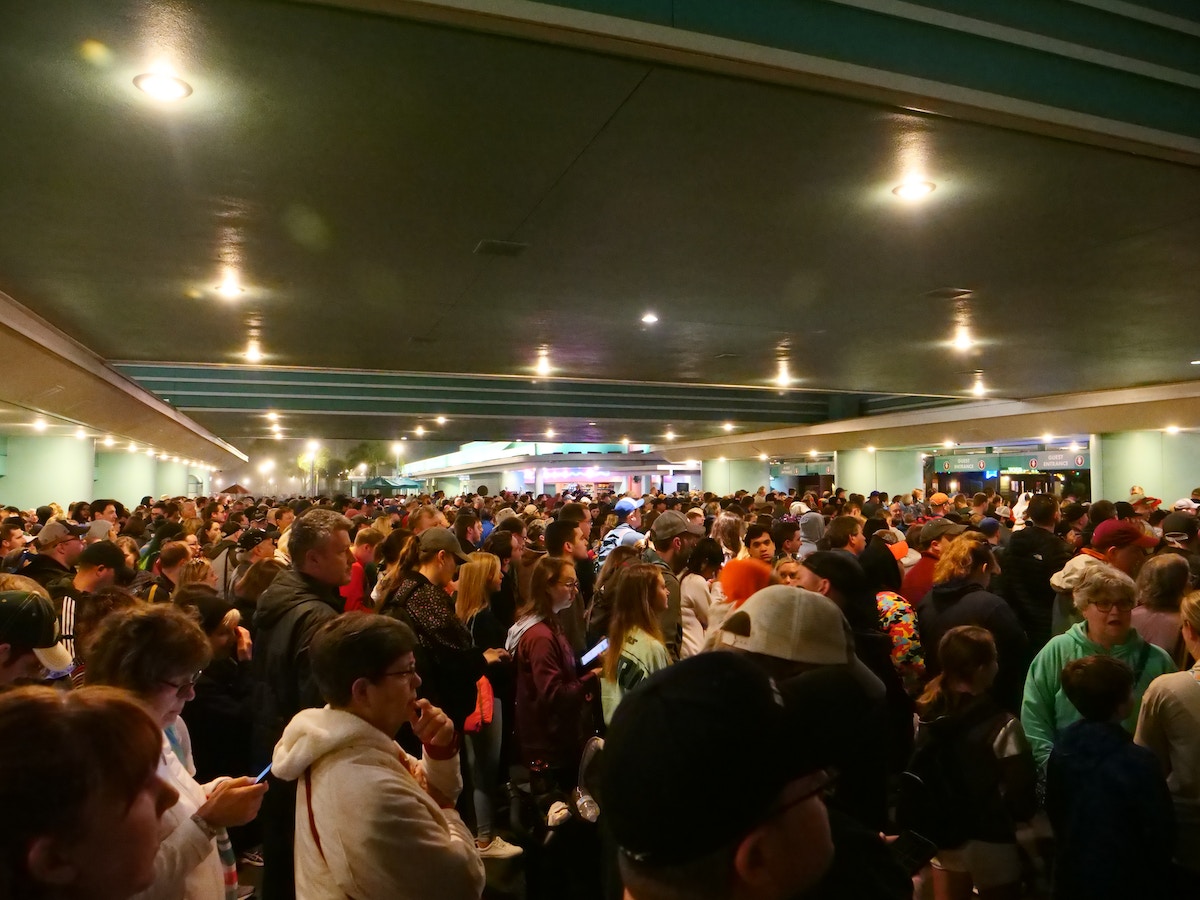 As has been the case since Rise of the Resistance opened back in December, crowds are large even before park opening. 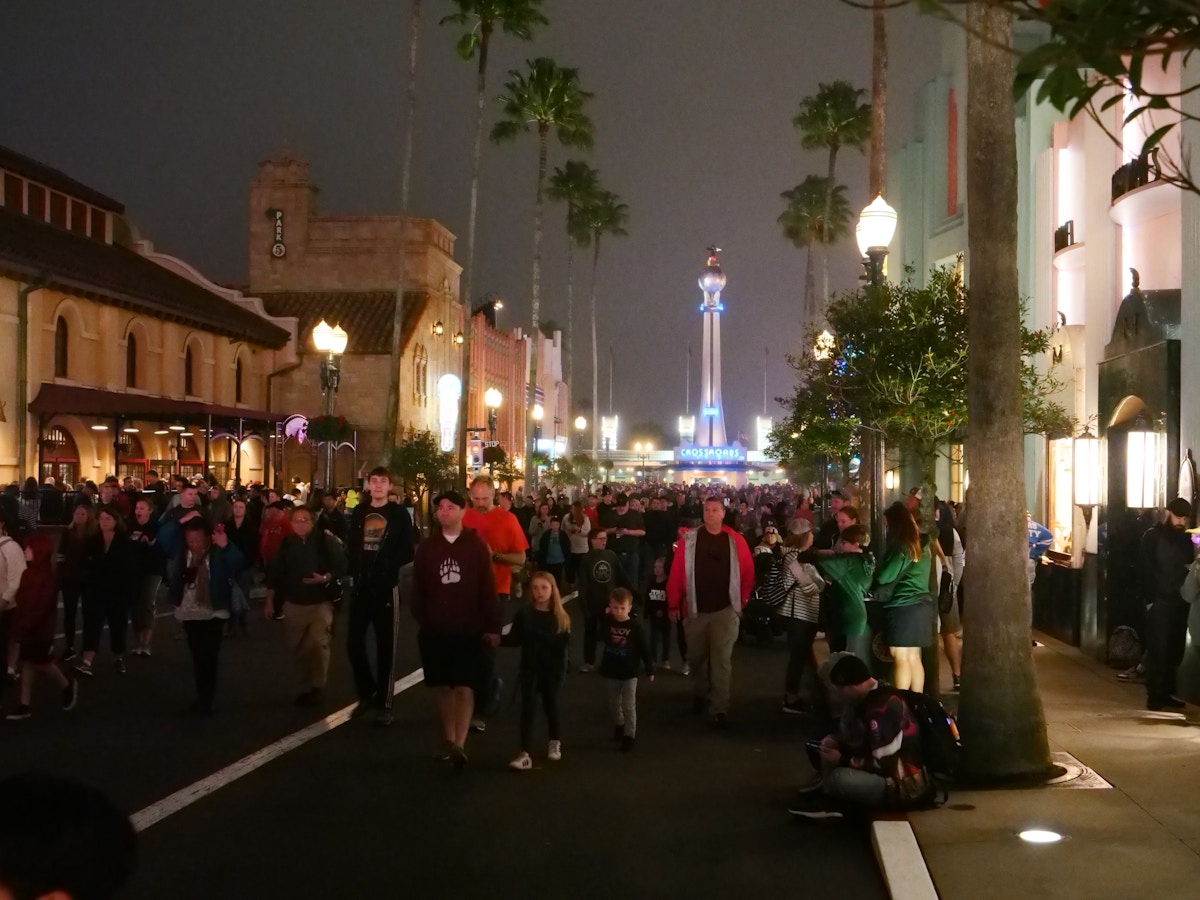 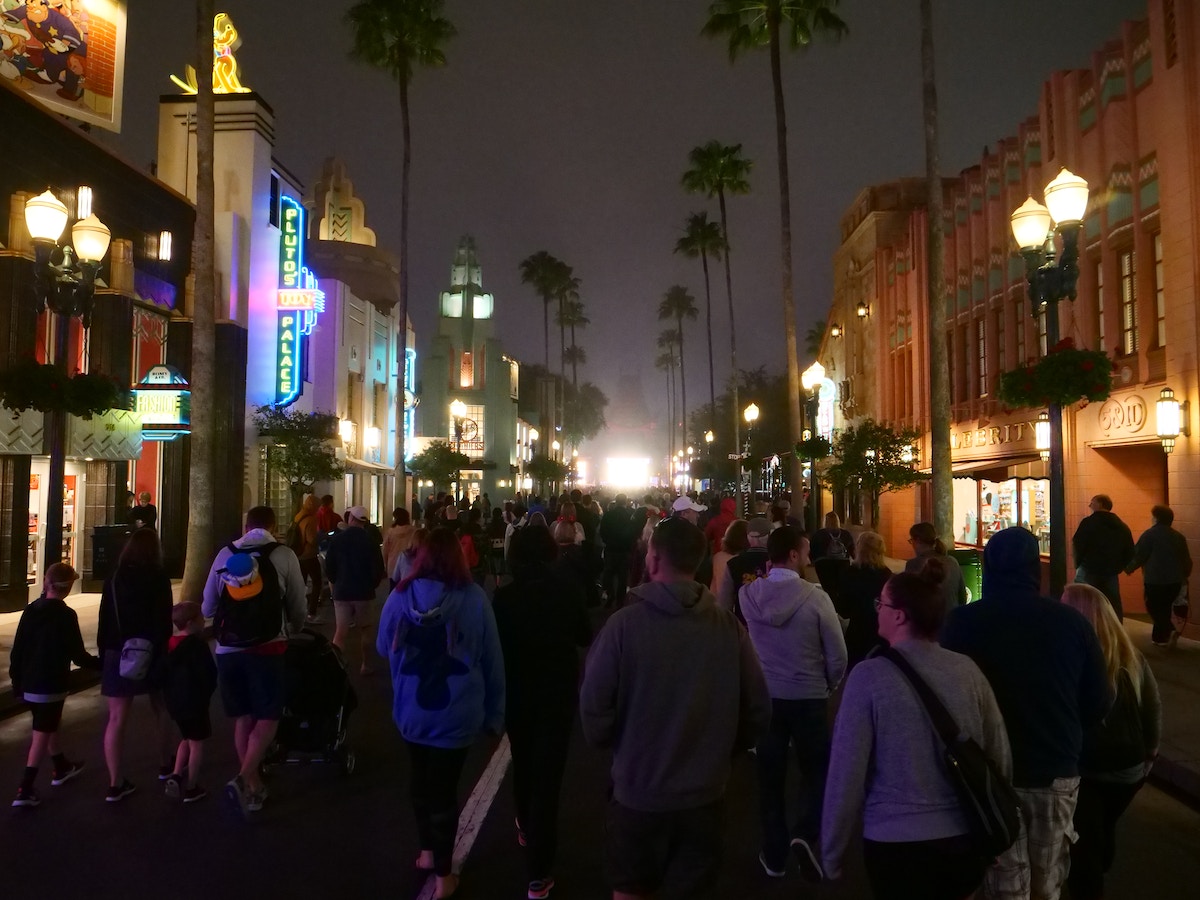 Only minutes after guests begin to be allowed into the park, Hollywood Boulevard is packed with people anxious to obtain Rise of the Resistance boarding passes at 7:00am (which were gone in less than two minutes today). 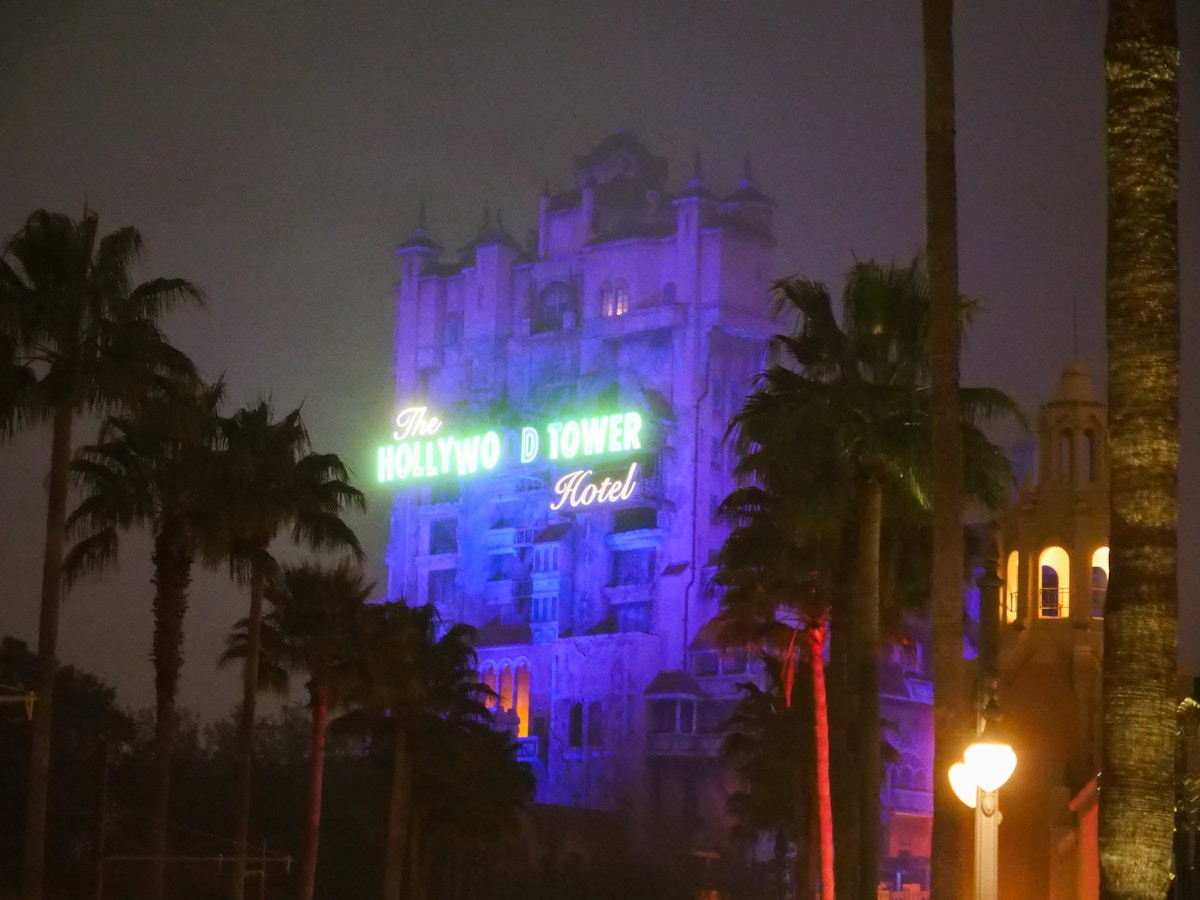 The morning fog, which is generally a nuisance when it comes to good views, does accentuate the Hollywood Tower Hotel quite well. 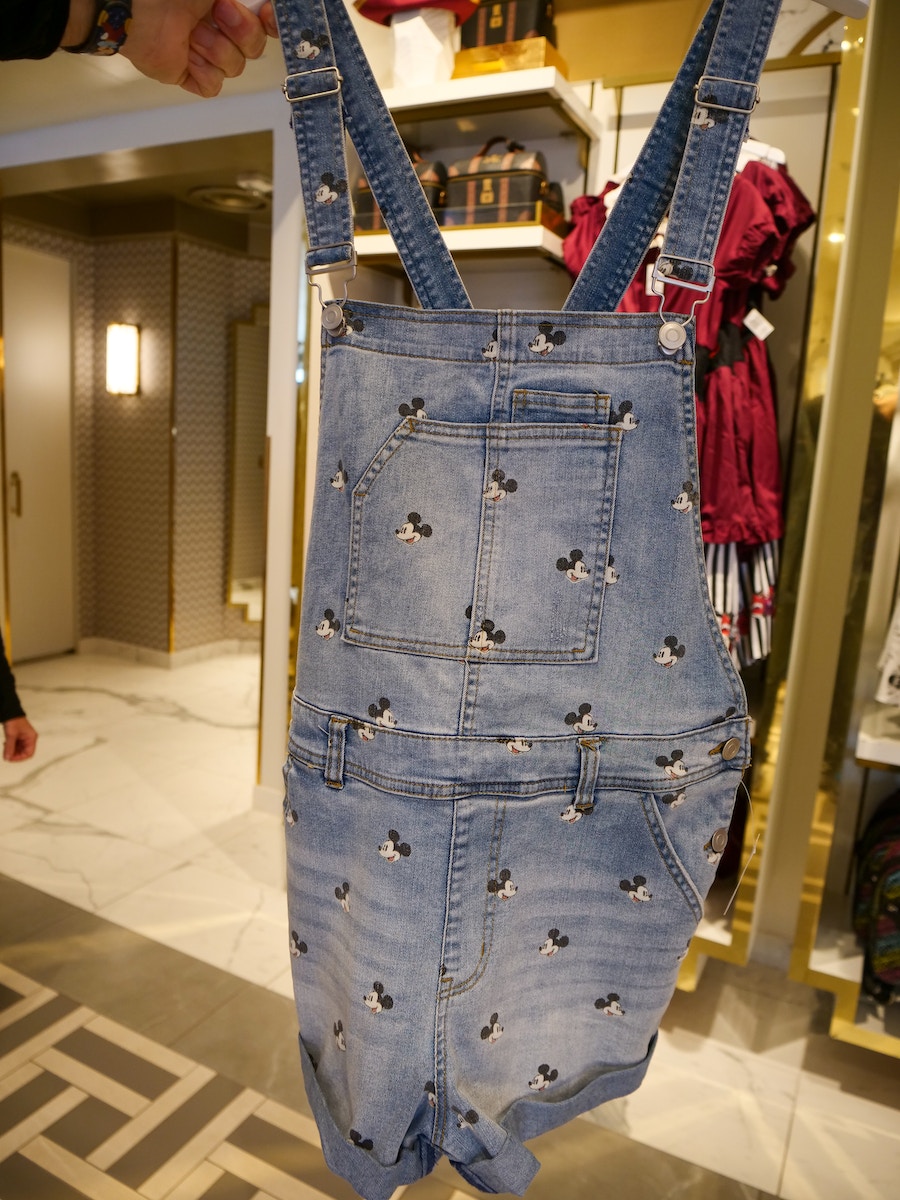 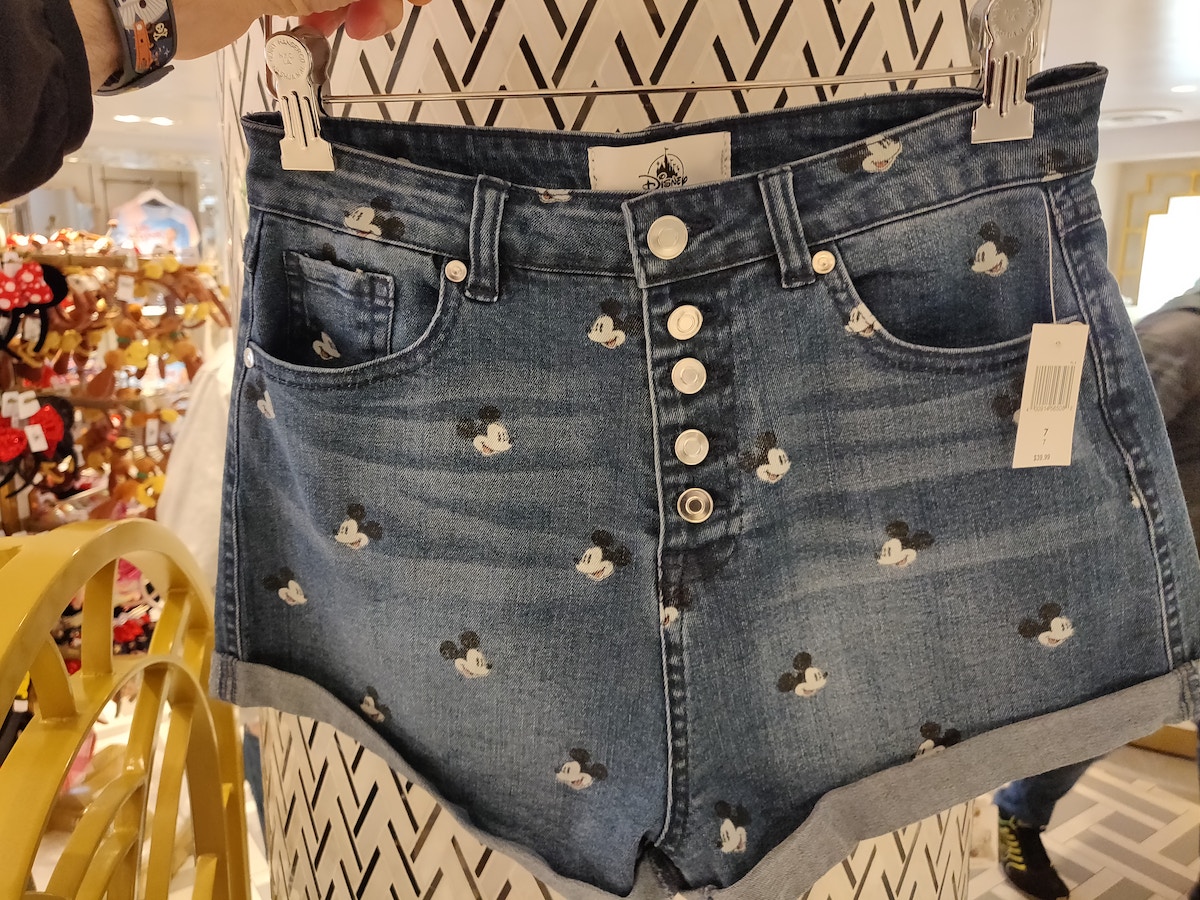 On a lighter note, we found these denim overalls and shorts at Legends of Hollywood off of Sunset Boulevard. 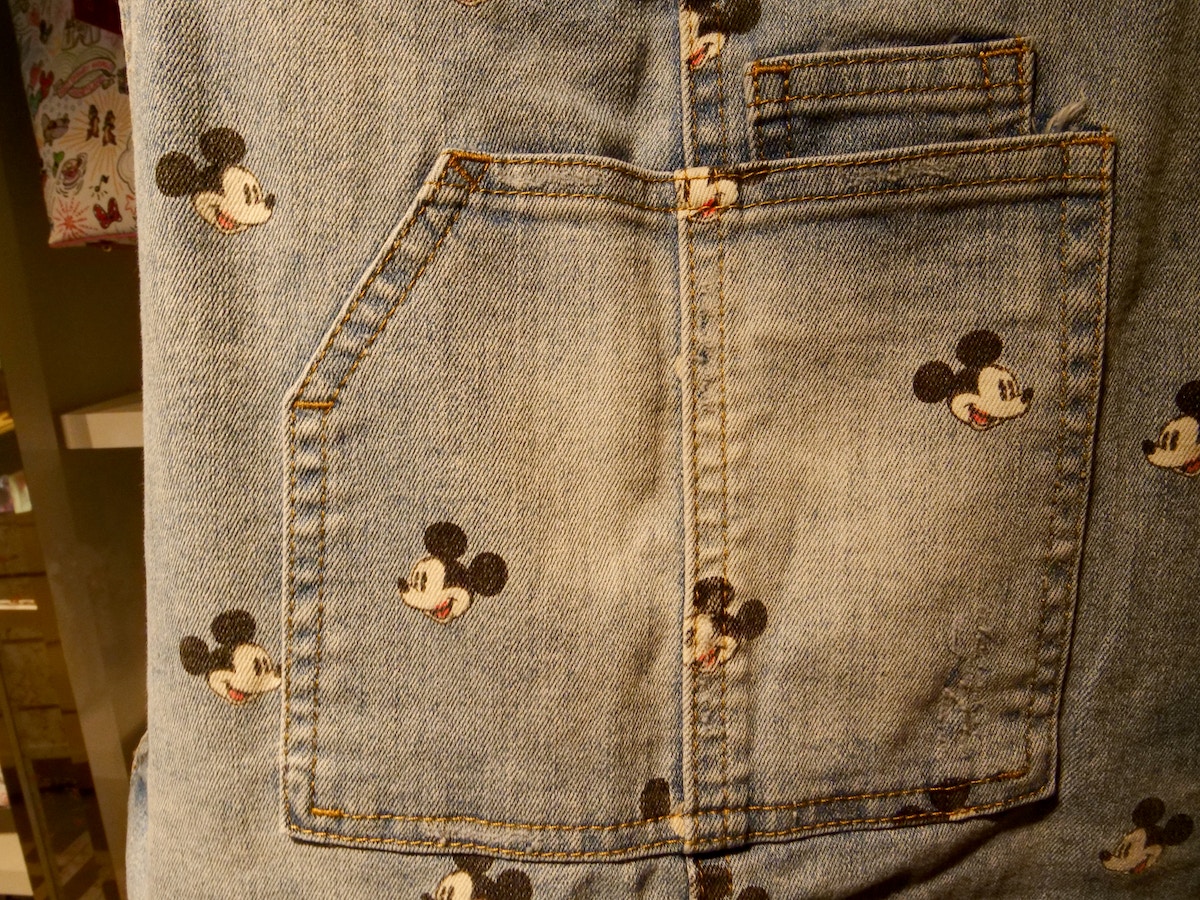 Both pieces of have this fun Mickey print. Check out our full post on these new items! 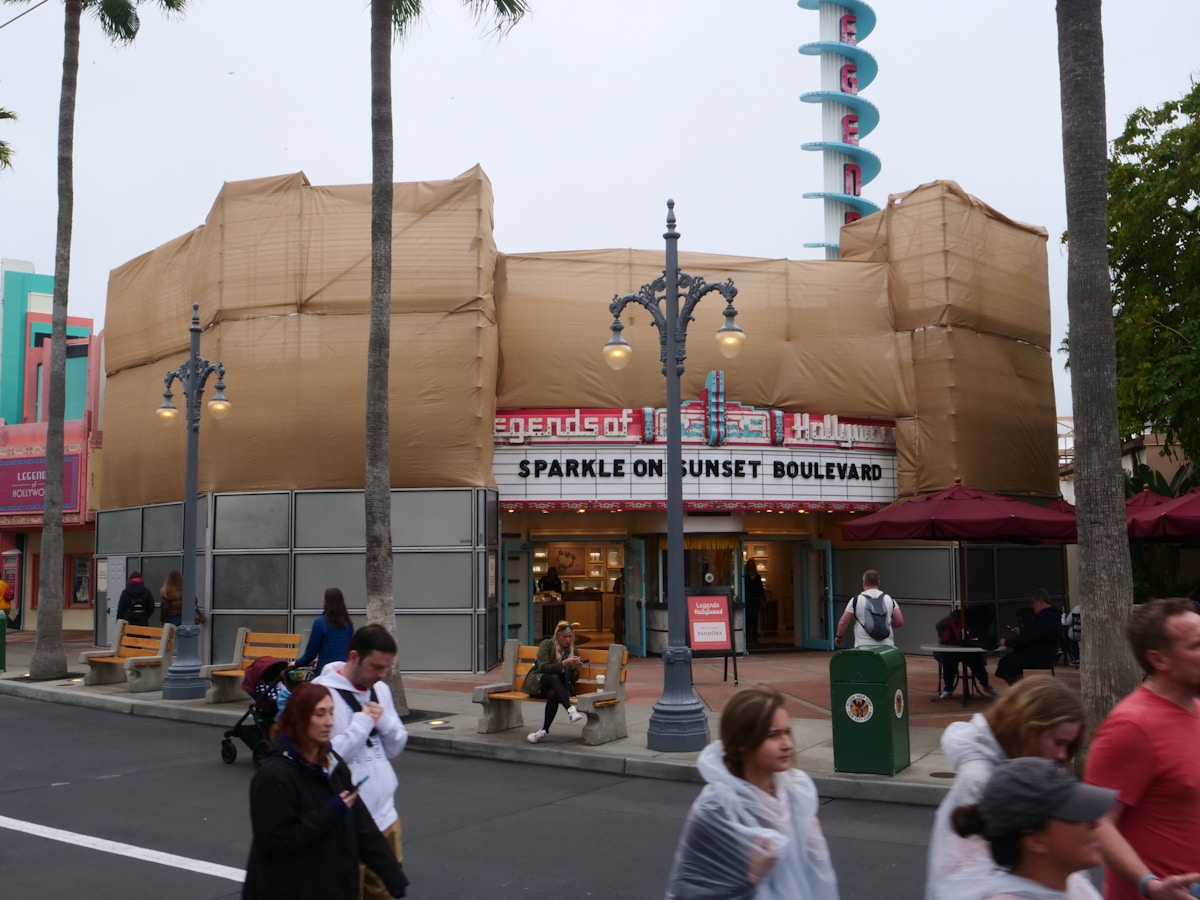 Legends of Hollywood may be a bit tougher to identify at the moment due to its exterior refurbishment. 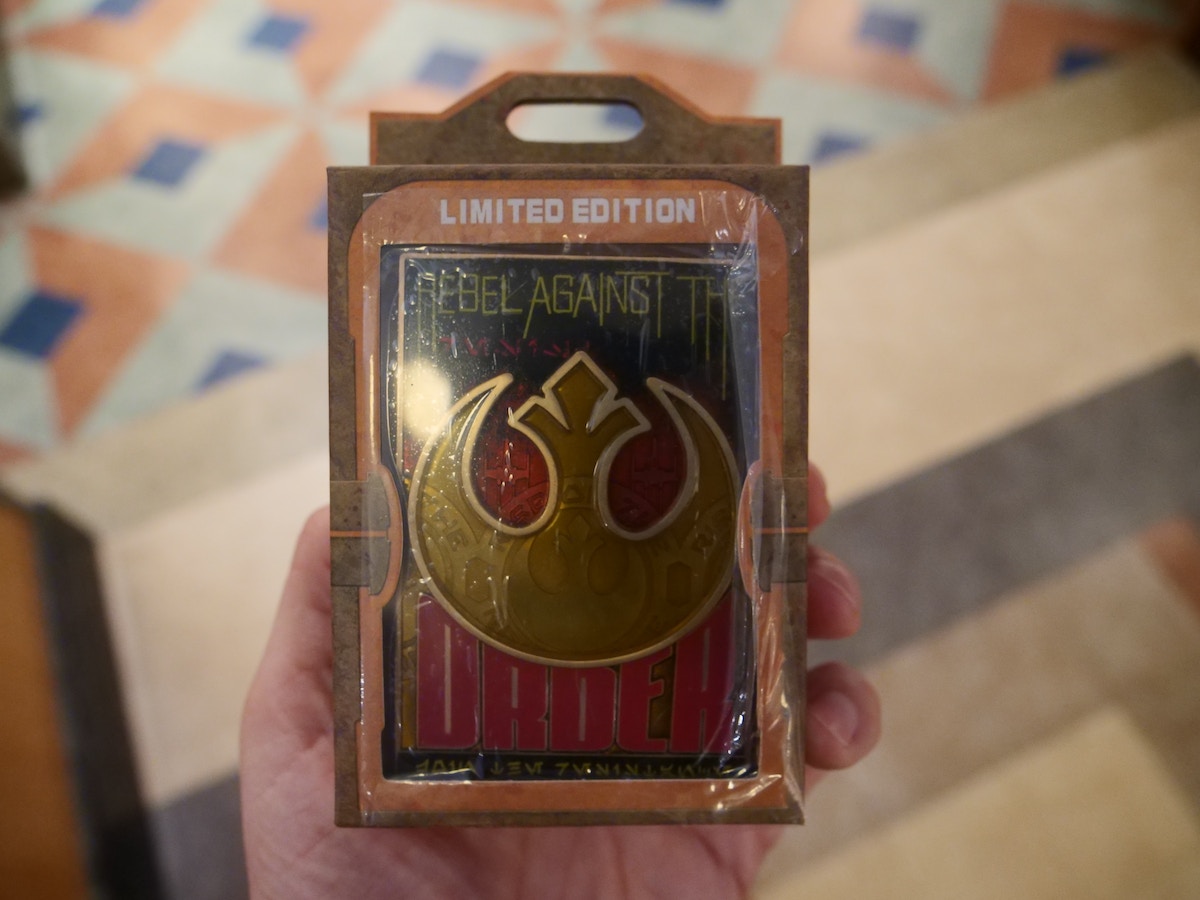 Next we found this limited edition Star Wars “Rebel Against The Order” pin. 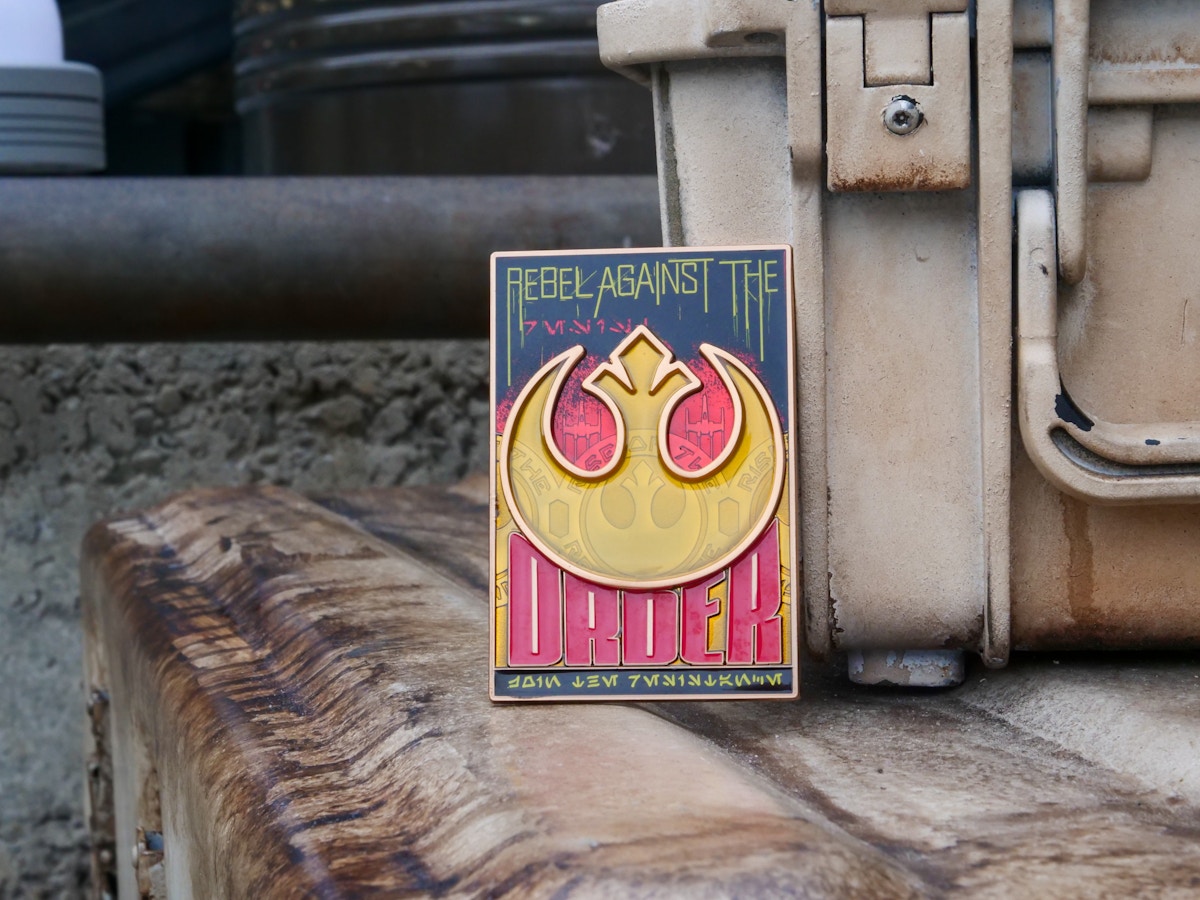 This is a large pin with two backs as you’ll often see with bigger pins. 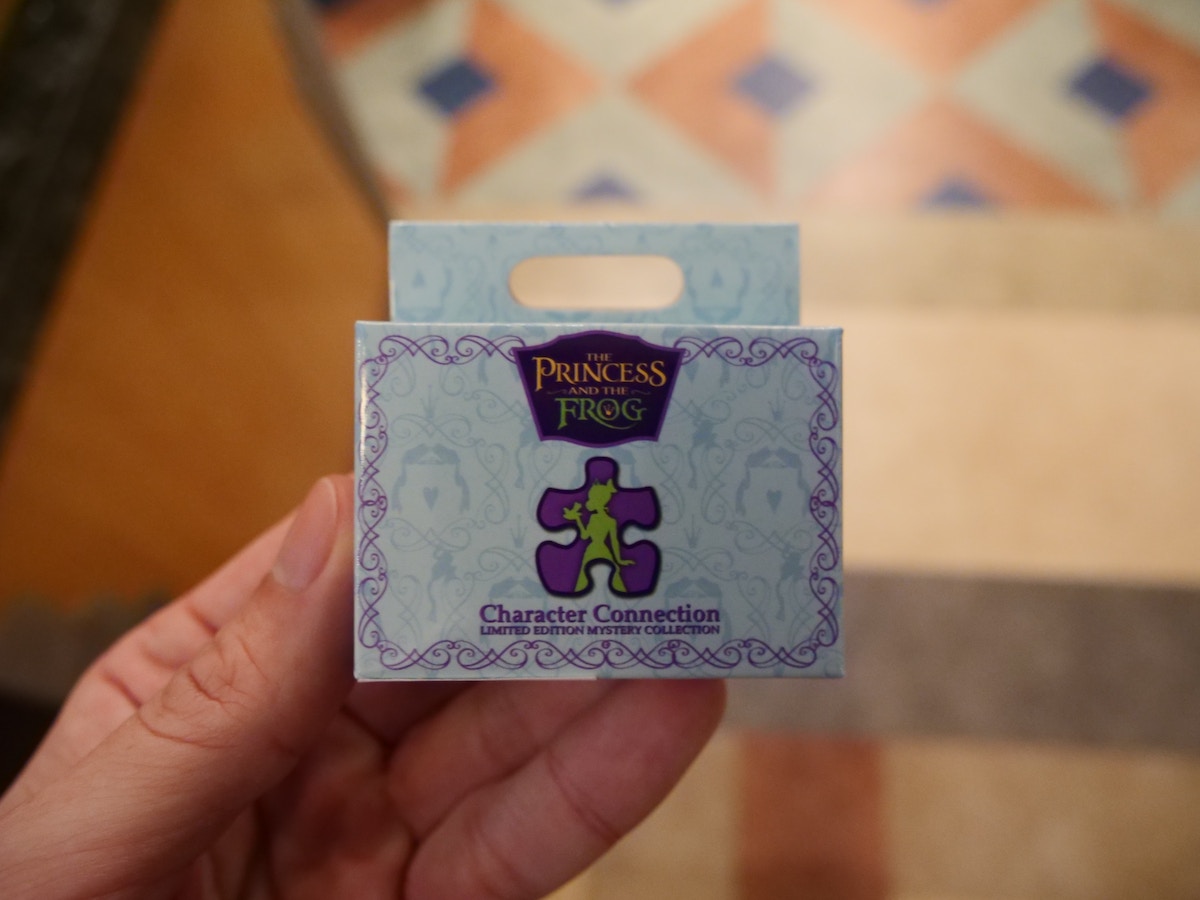 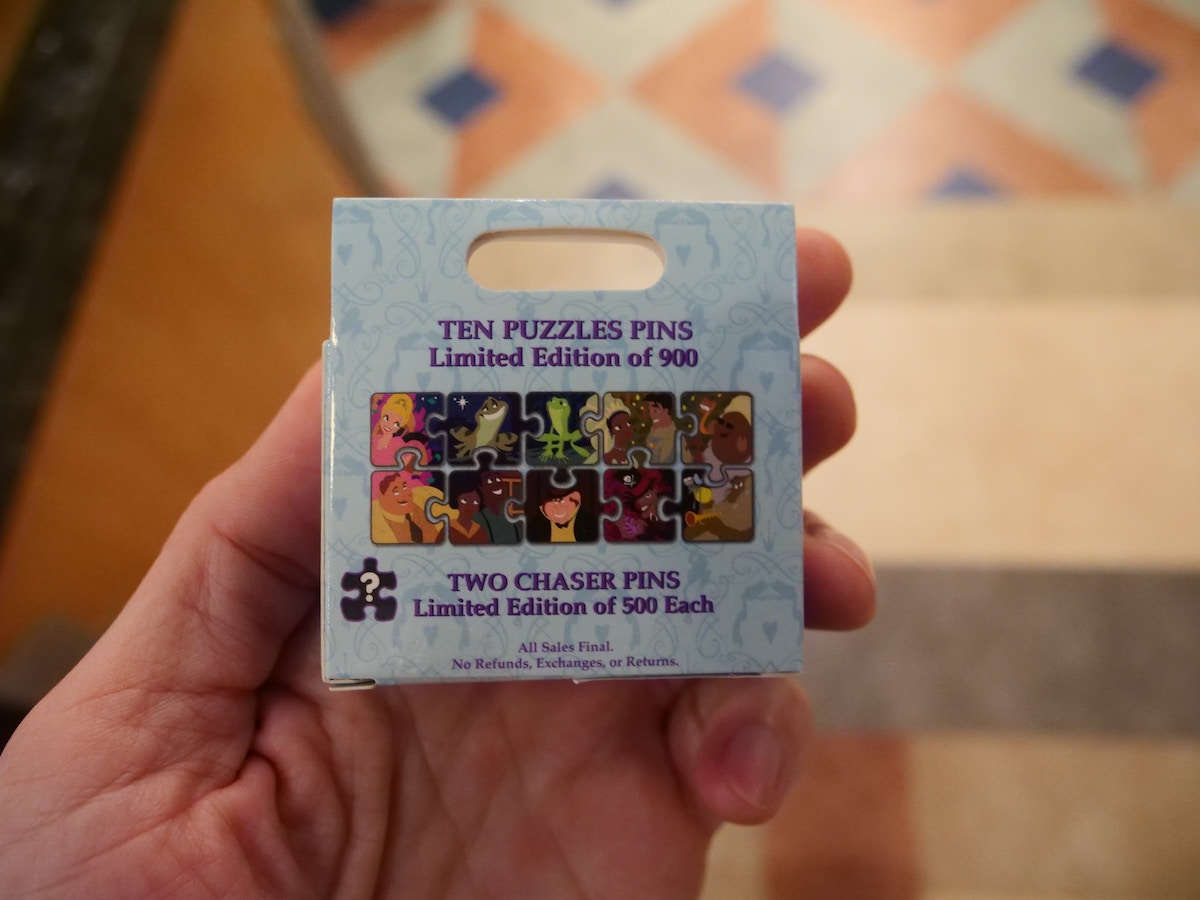 We also found this new The Princess and the Frog Character Connection mystery collection. There are ten puzzle piece shaped pins which form a larger image when combined. 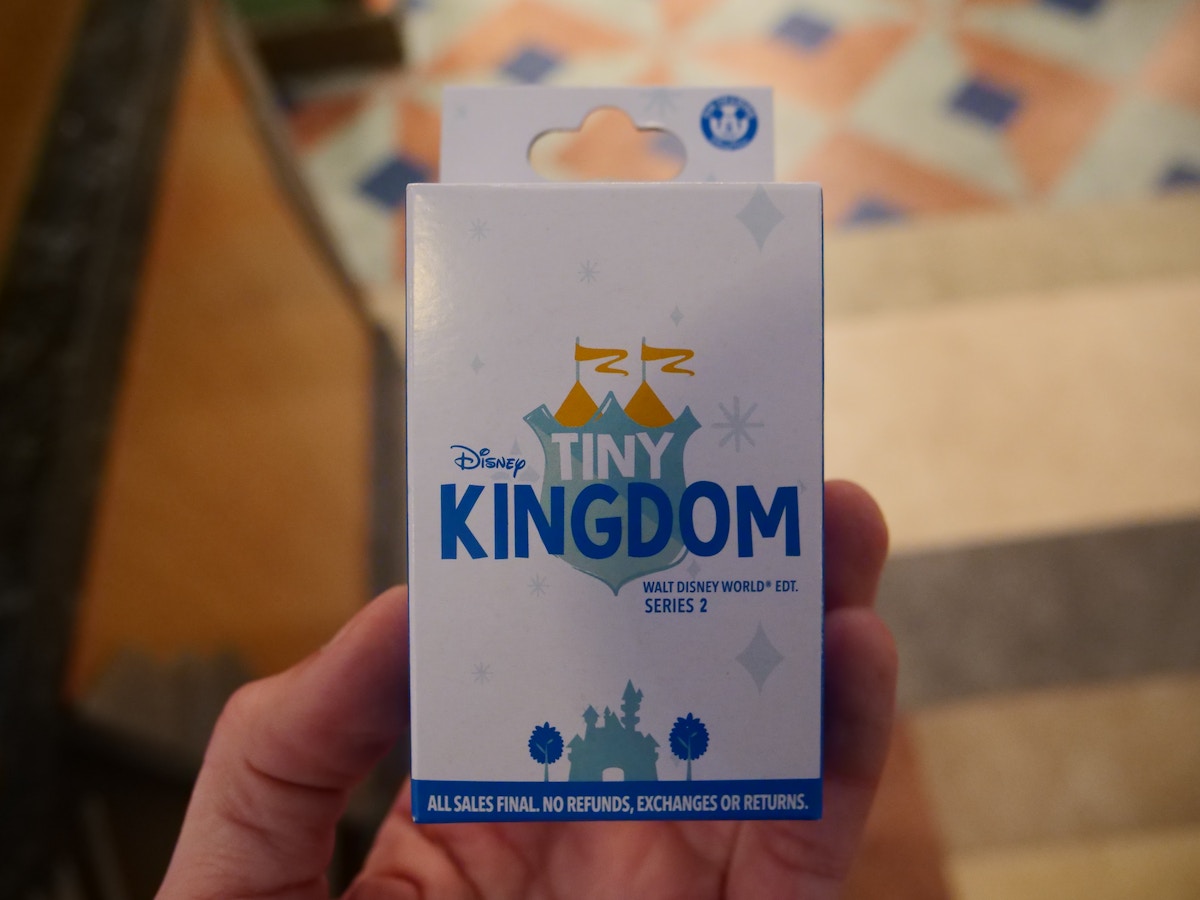 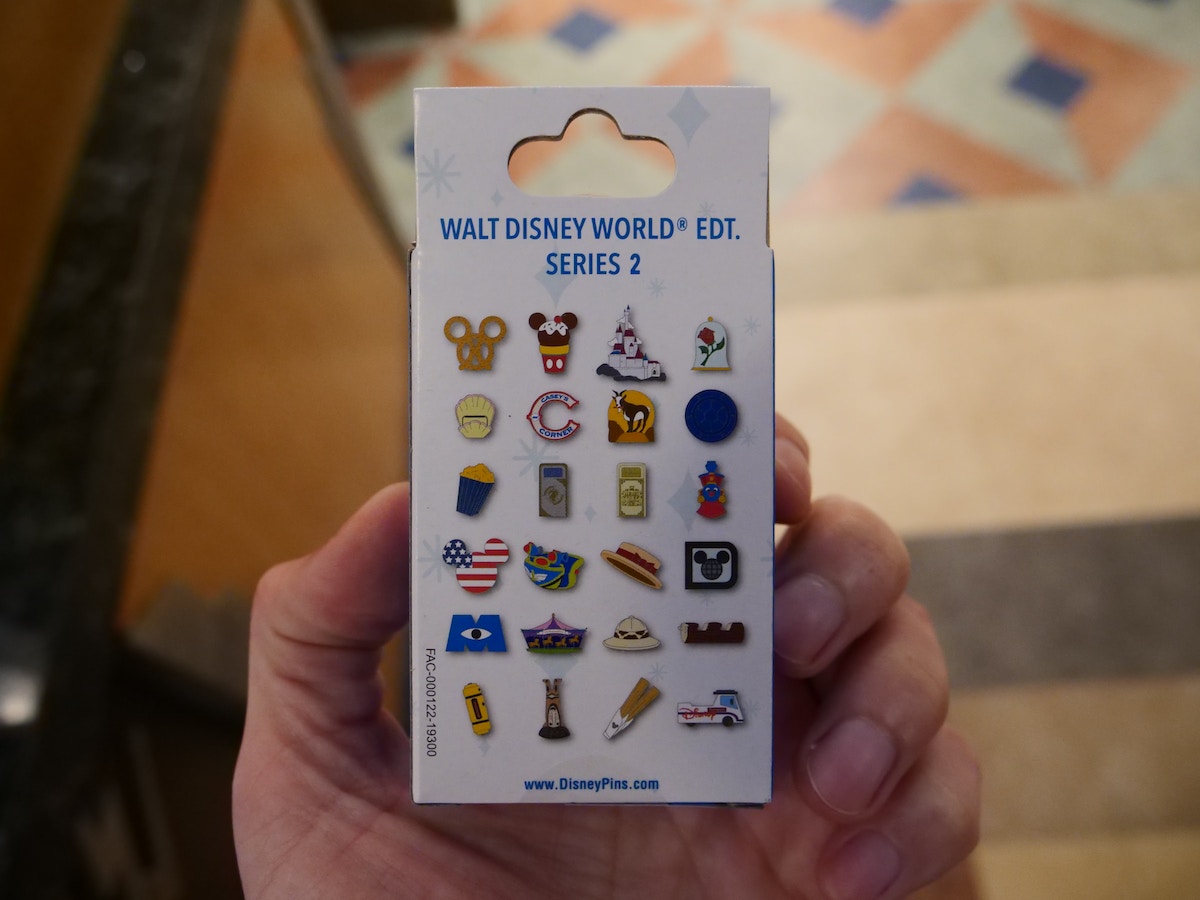 Next up is the second series in the Tiny Kingdom Walt Disney World edition. This collection consists of 24 pins with various icons from around the resort. It’s really hard to pick a favorite from this set! 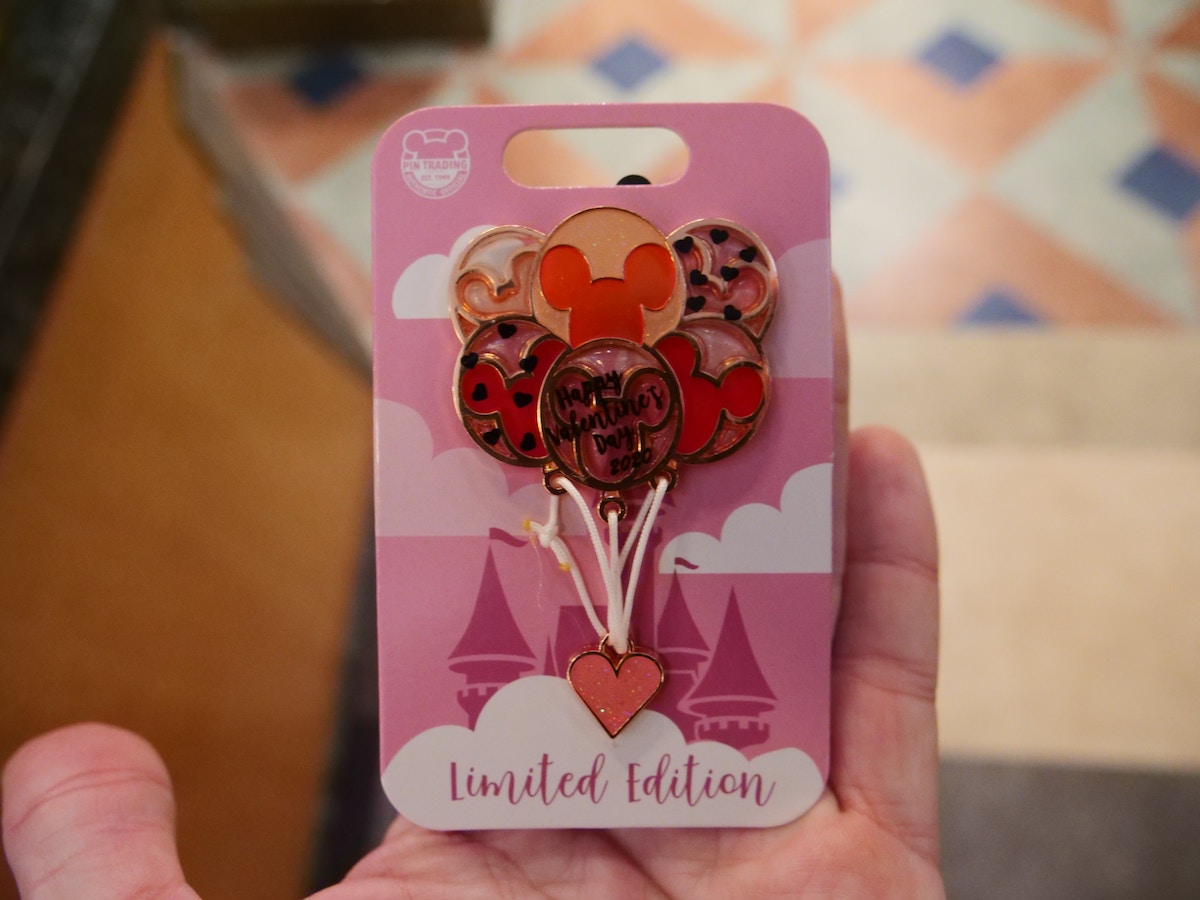 The last of the new pins we found is this Valentine’s Day balloon pin. It has six balloons with a heart dangling below on white string.

All of these new pins were found at The Darkroom just inside the park entrance. 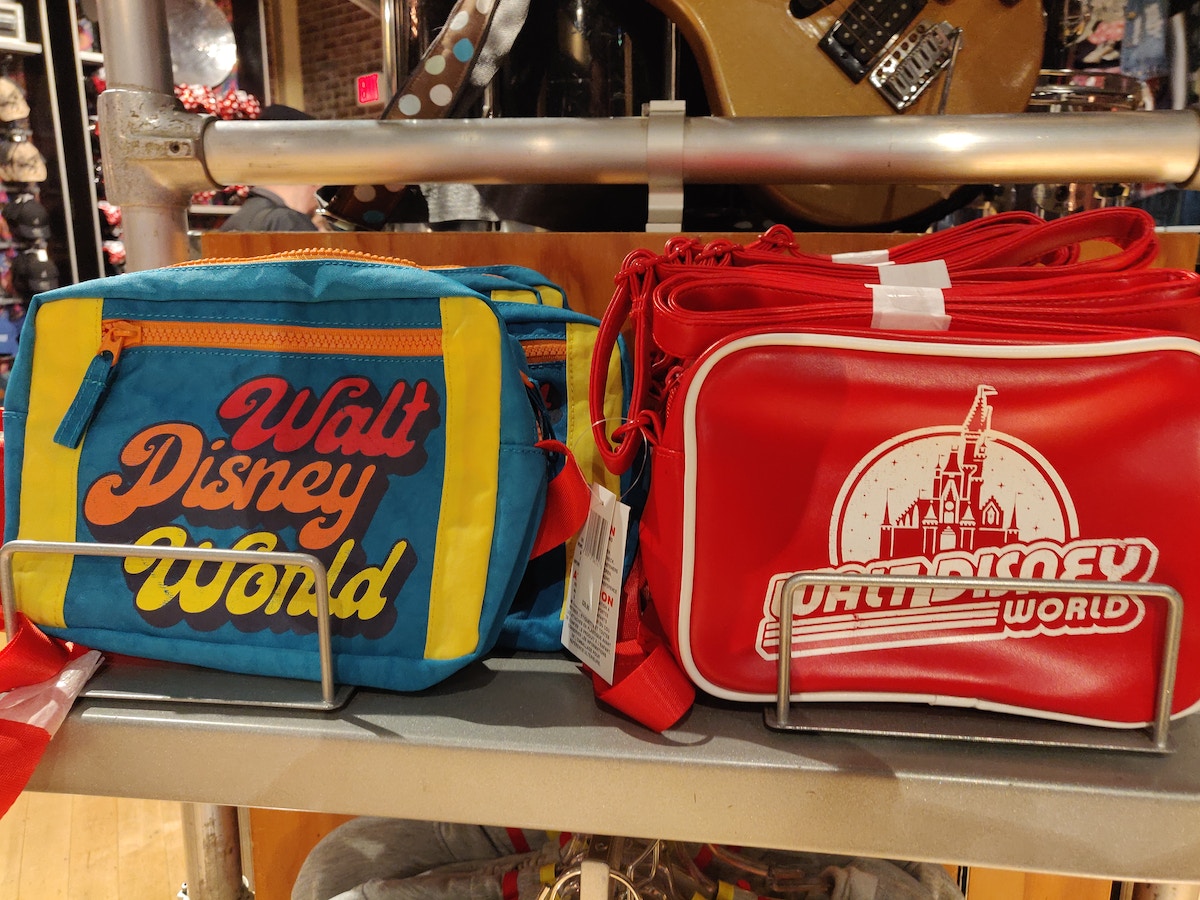 Over at Rock Around the Shop (the Rock ‘n’ Roller Coaster Starring Aerosmith gift shop) we found these groovy retro bags. 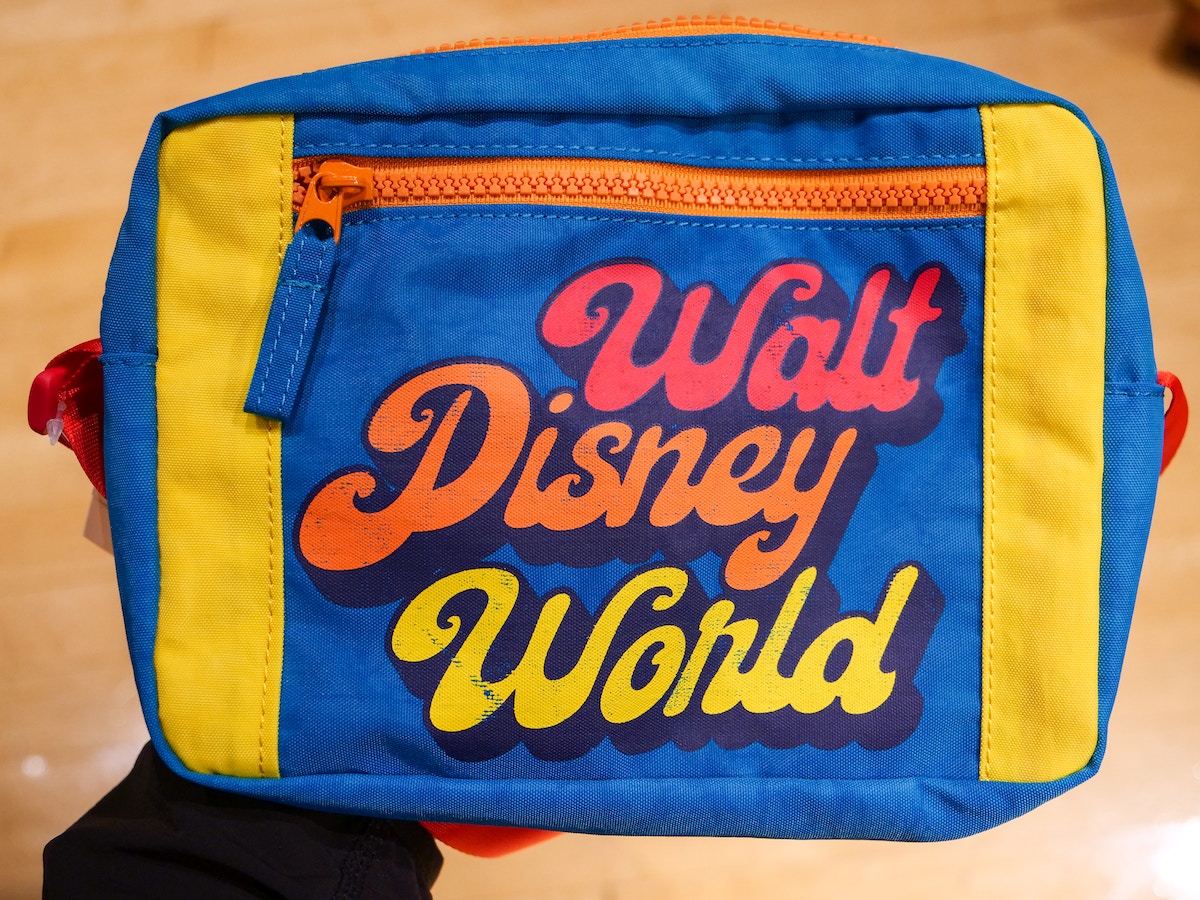 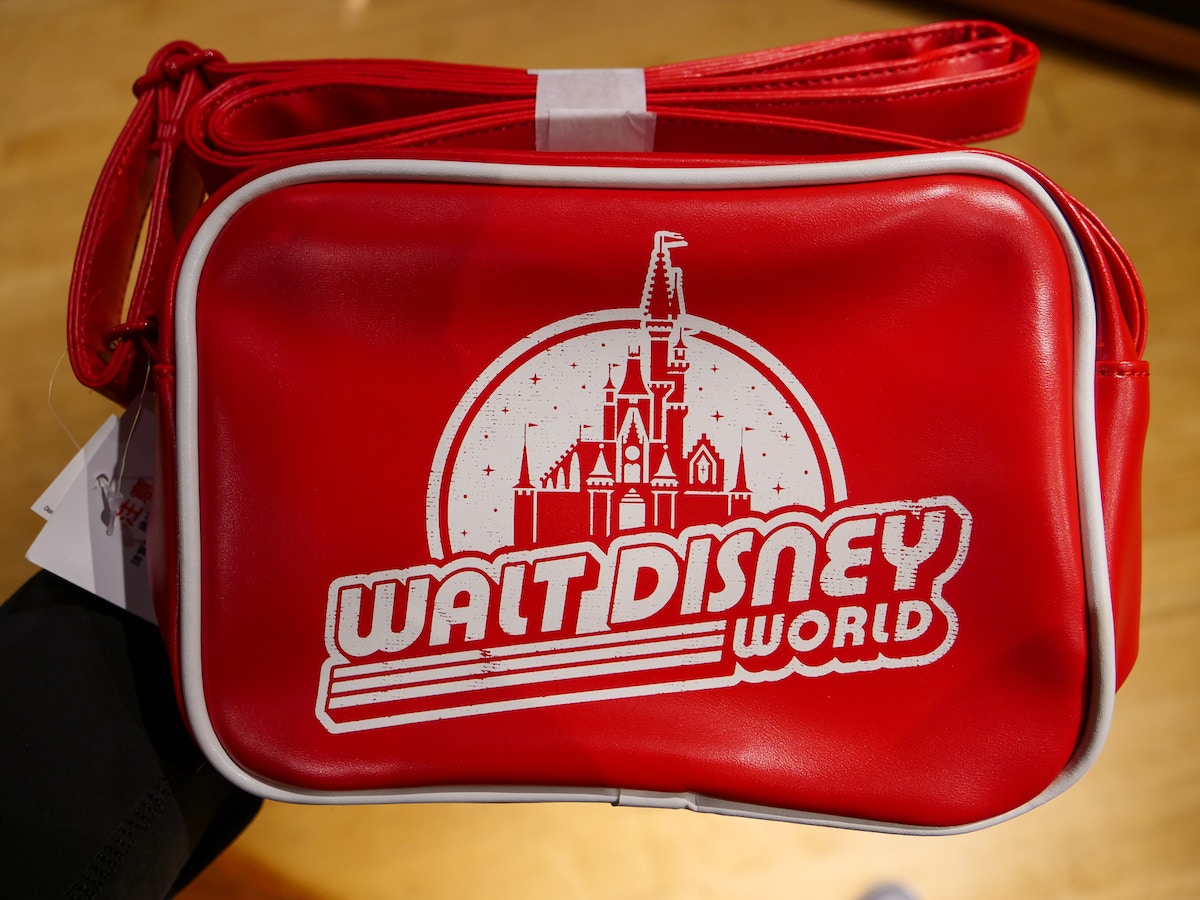 If either of these new items speak to your style, you should explore our full write-up of them with more pictures, details, and pricing! 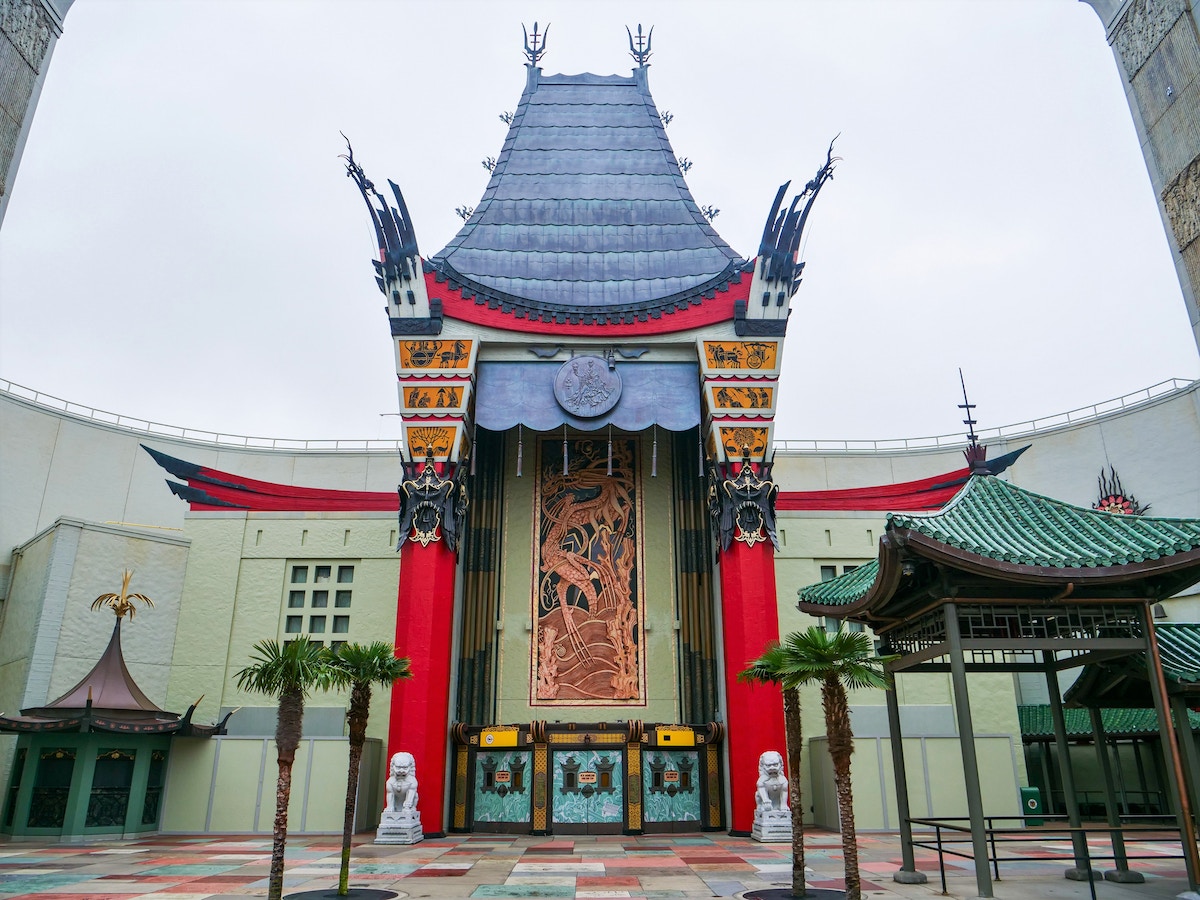 Back in the middle of the park, the theater is preparing to present Mickey and Minnie’s Runaway Railway. Opening in just over a month, we don’t yet have the attraction’s signage, but we’re checking regularly! 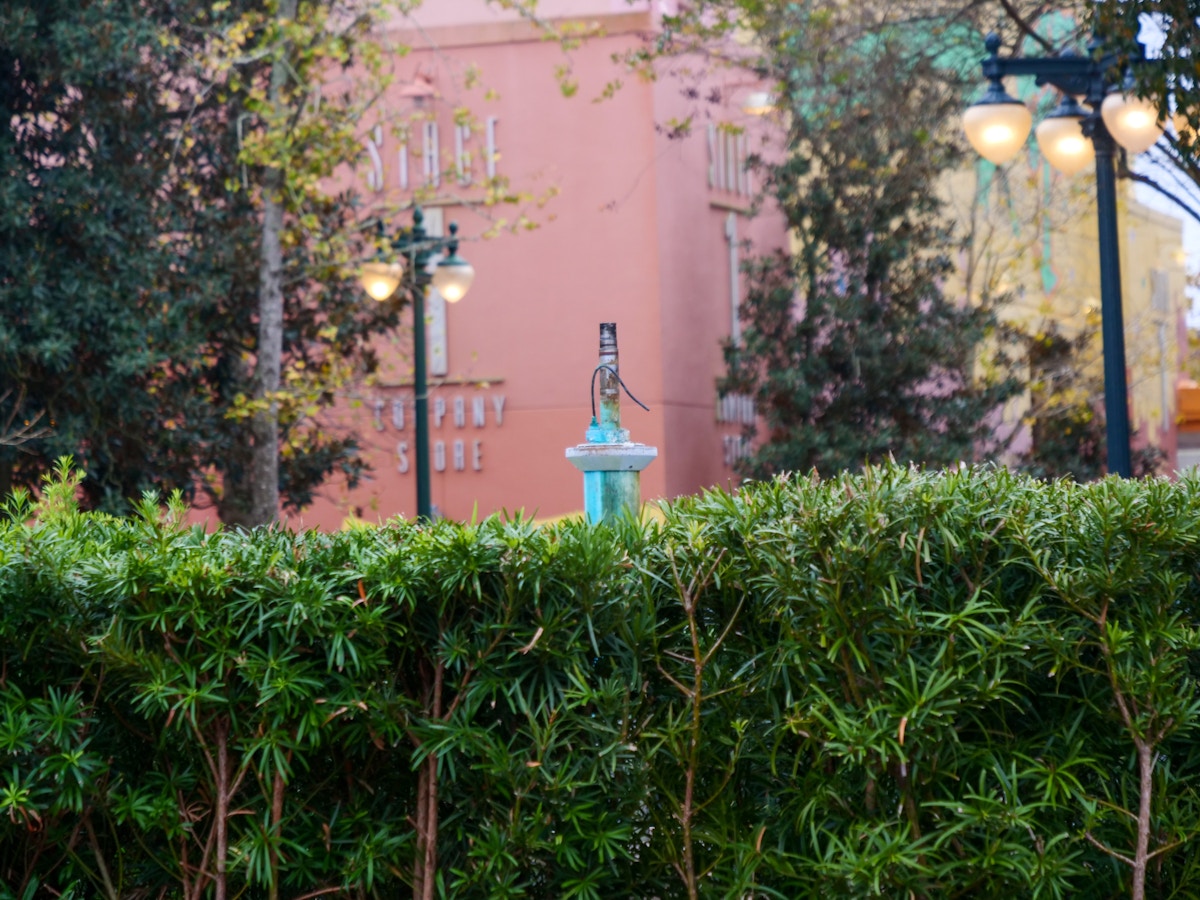 Outside of Muppet Vision 3D, Miss Piggy has been removed from the fountain. The attraction closed on January 27th for a short refurbishment. 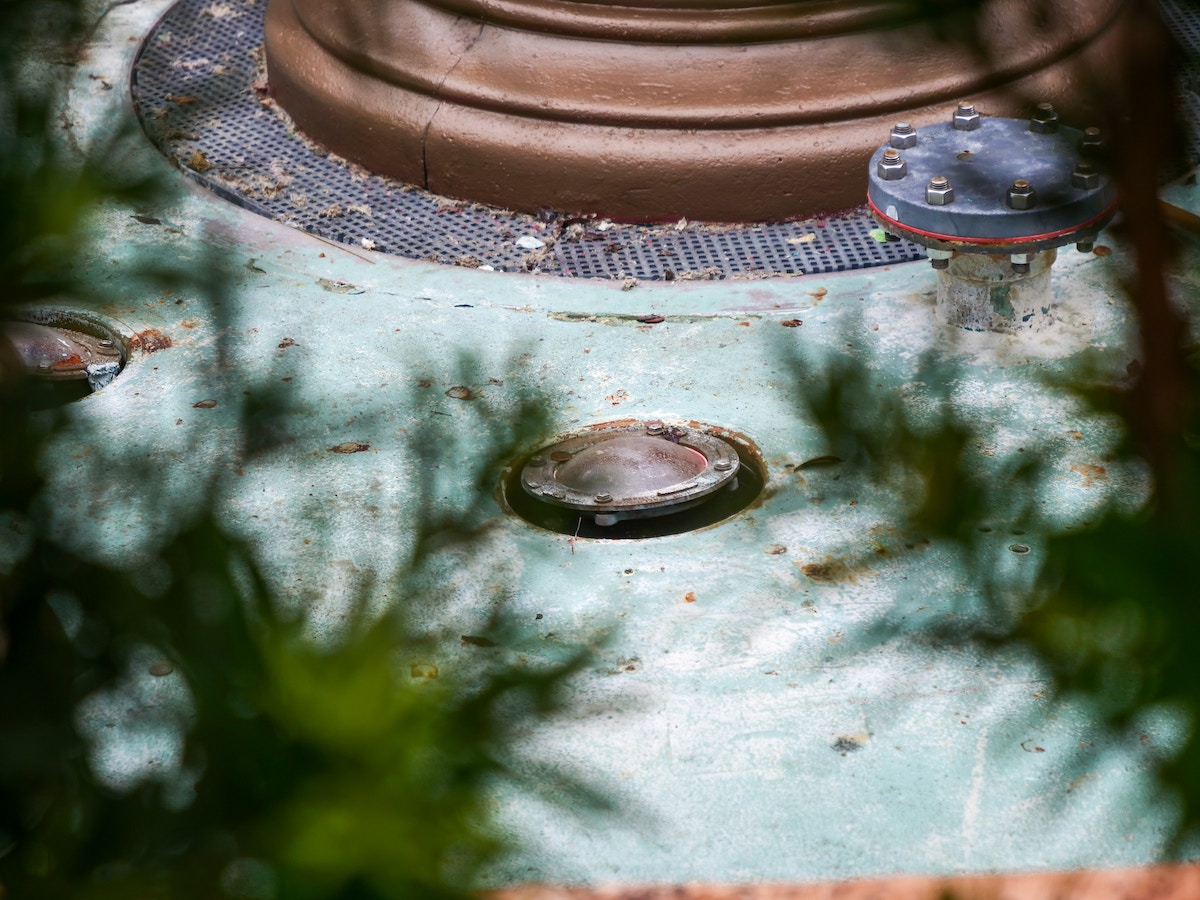 The Muppet Vision 3D fountain has been drained in addition to elements being removed. 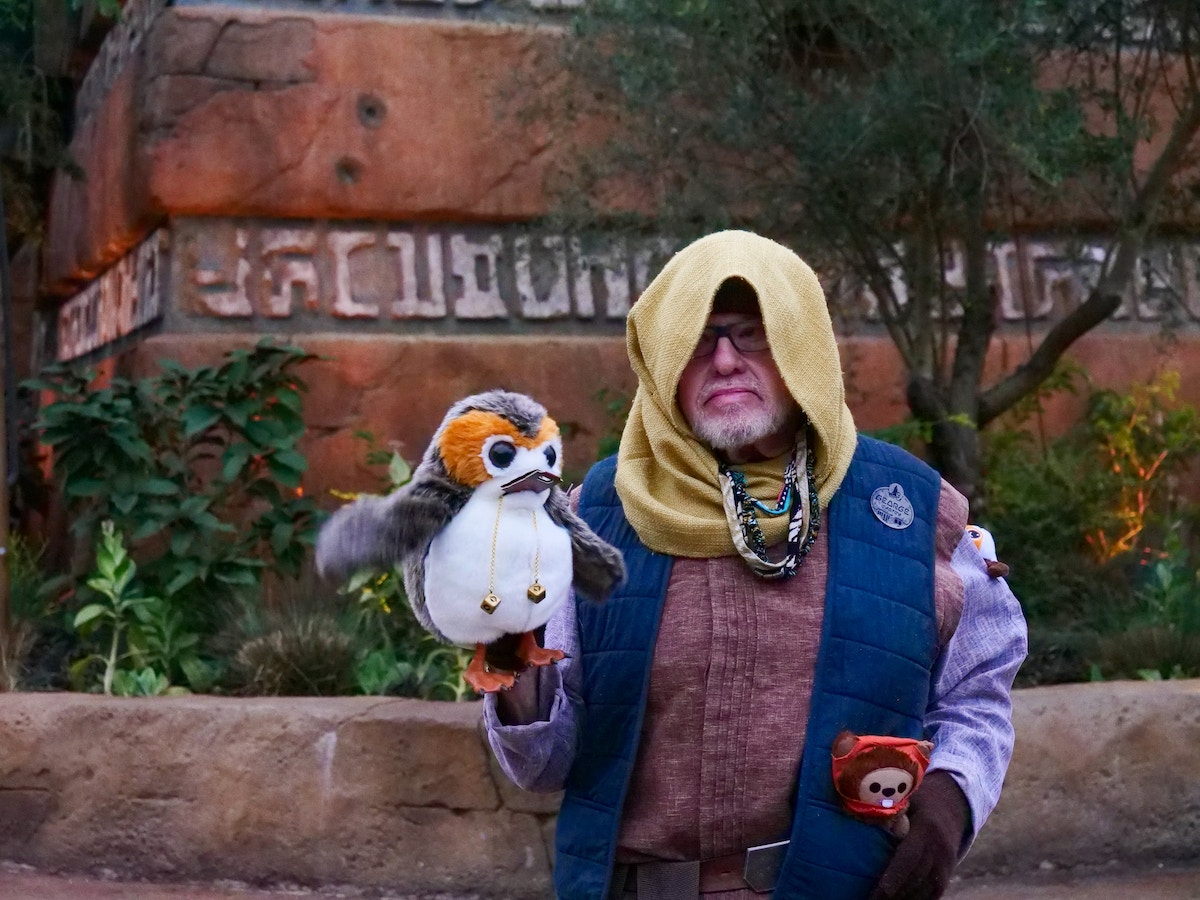 At Star Wars: Galaxy’s Edge, we came across this cast member with a Porg (and an Ewok hiding in his pocket)! You never know what characters you may come across on Batuu. 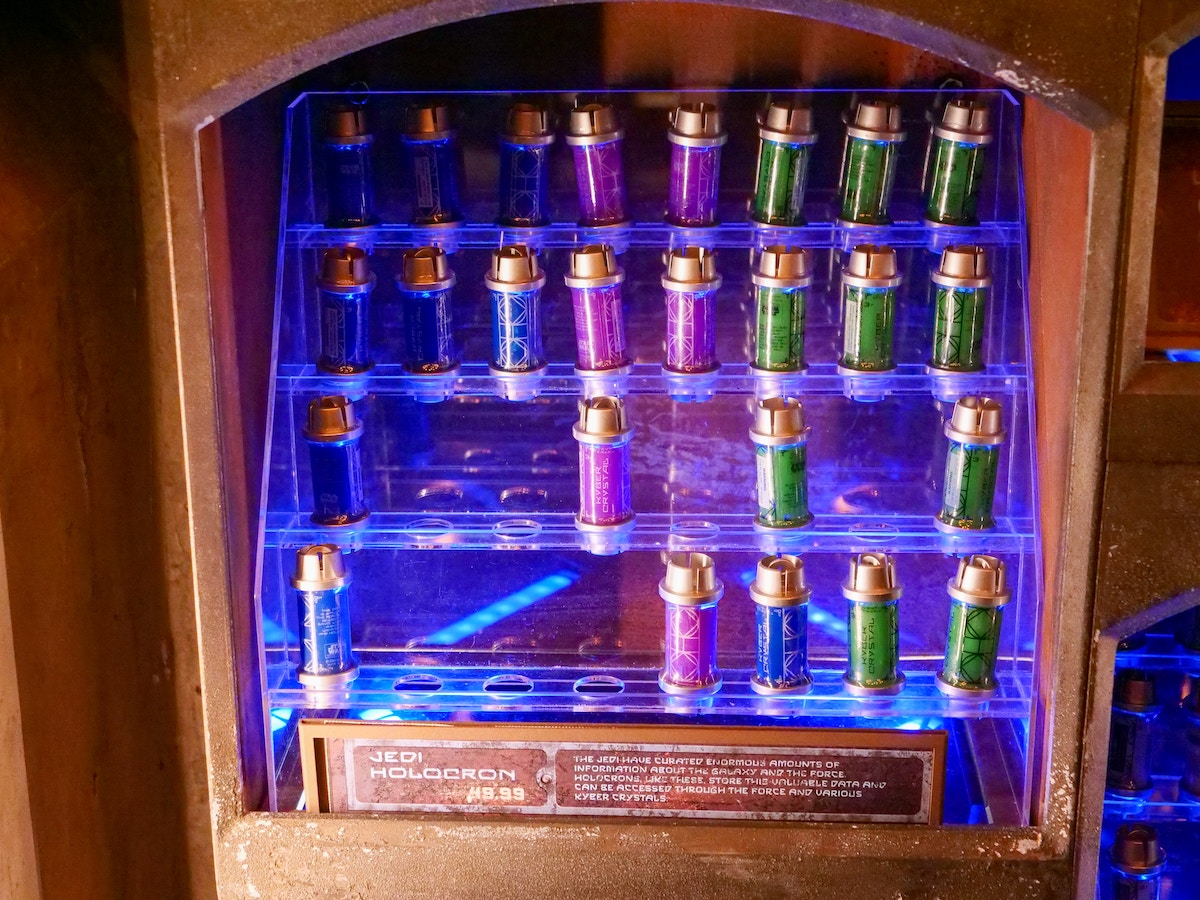 Currently, Dok-Ondar’s Den of Antiquities is out of packaged red Kyber Crystals. They are still available by asking a Cast Member, but will not come in their standard packaging.

Thanks for joining our visit to Disney’s Hollywood Studios today! If you’d like to stay up to date with new products, announcements, and construction projects, follow us on Twitter @WDWNT.

Next
PHOTOS: Scrims Rise with Giant Concept Art at The Haunted Mansion at Disneyland