PHOTOS, VIDEO: First Look at New “Beauty and the Beast” Sing-Along at the France Pavilion in EPCOT

“MARIE! THE BAGUETTES! HURRY UP!” Previews have quietly opened to the public for the new Beauty and the Beast Sing-Along at the France Pavilion in EPCOT, so we grabbed our books and baguettes and ran over to the Palais du Cinema to catch the debut.

This new retelling of the classic tale is meant to have a saucy twist to it, as it turns out LeFou actually intended for Belle and Beast to meet by sending Maurice off into the forest (and ultimately to the castle) and having Belle follow him there as well. From there, he helped them fall in love by making magic behind the scenes, including playing the violin during the iconic ballroom scene. Guest reviews so far have likened this spin-off to “The Lion King 1 1/2″… so get ready for some quirky antics up ahead. 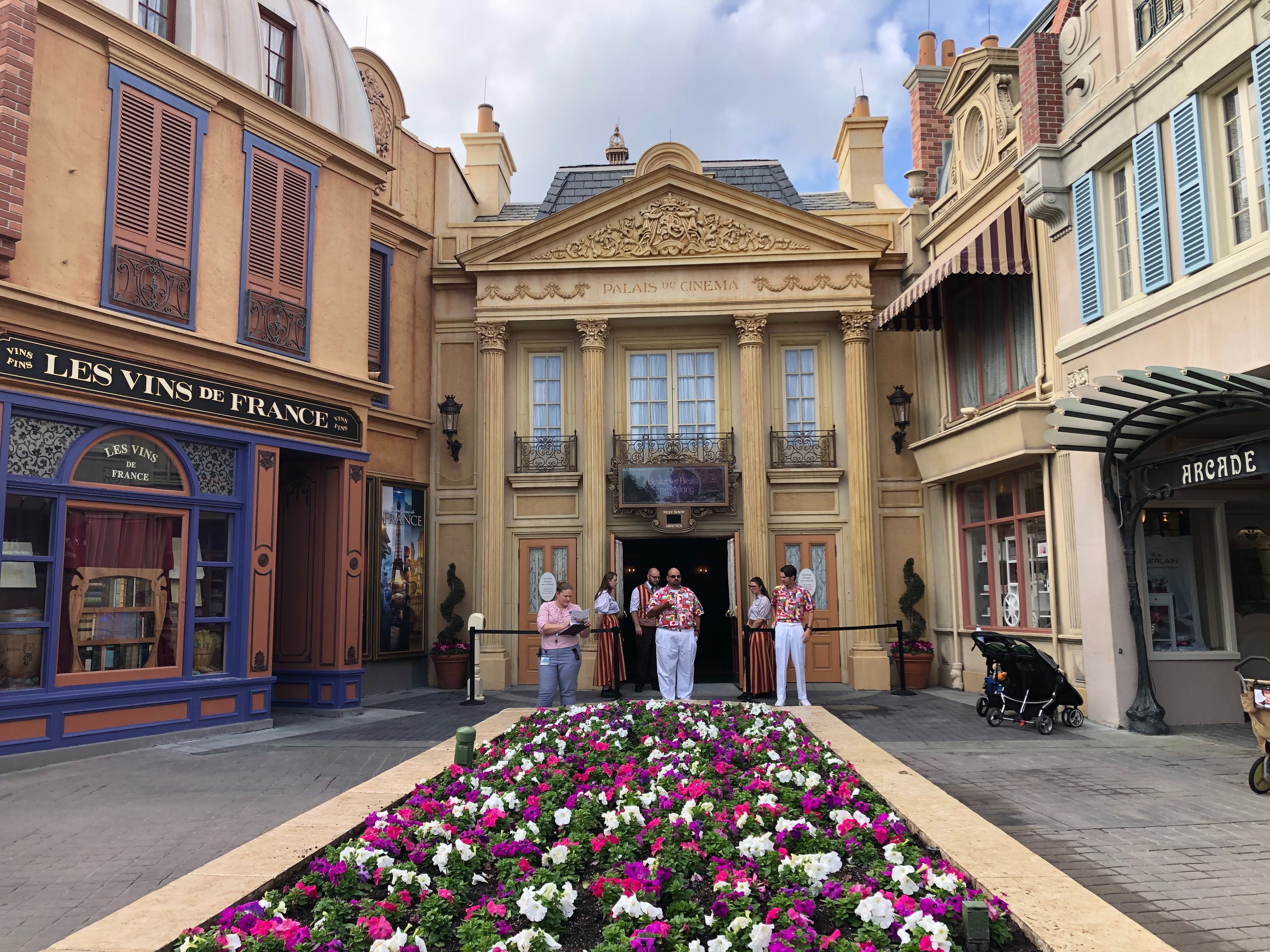 Here’s what it looks like as you approach the Palais du Cinema, which now features a new digital marquee, so the theater can switch between the Sing-Along and Impressions de France. Starting January 17th, the “Beauty and the Beast” Sing-Along will play from 11:00 AM to 7:00 PM, with “Impressions de France” playing from 7:30 PM to 9:00 PM. 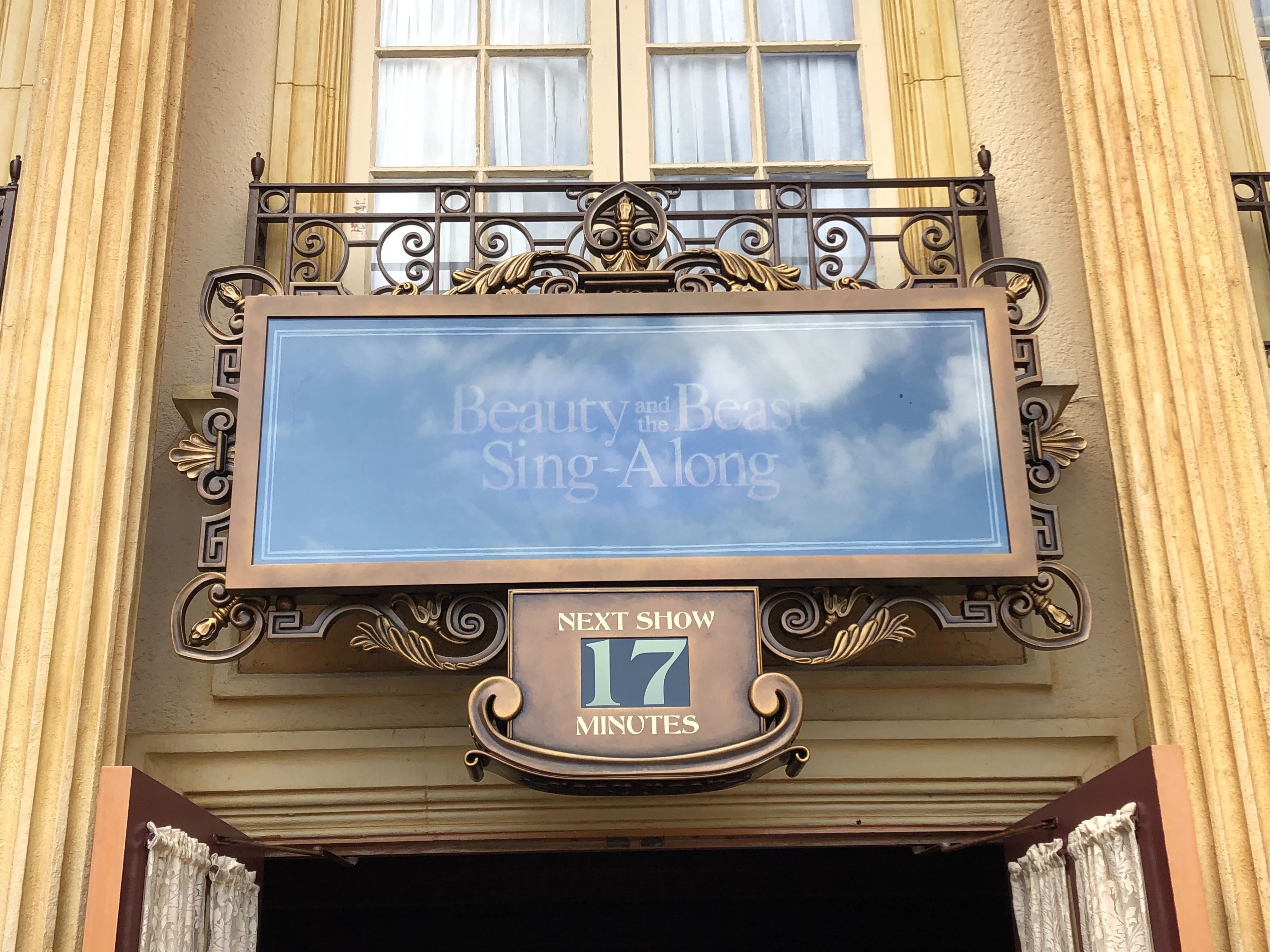 The Sing-Along has a runtime duration of 15 minutes. While you wait, there’s a new “Tales As Old As Time: French Storytelling on Stage and Screen” exhibit inside the Cinema. We’ll have a full photo and video tour of the new exhibit soon, but now it’s time for the main attraction: Beauty and the Beast! 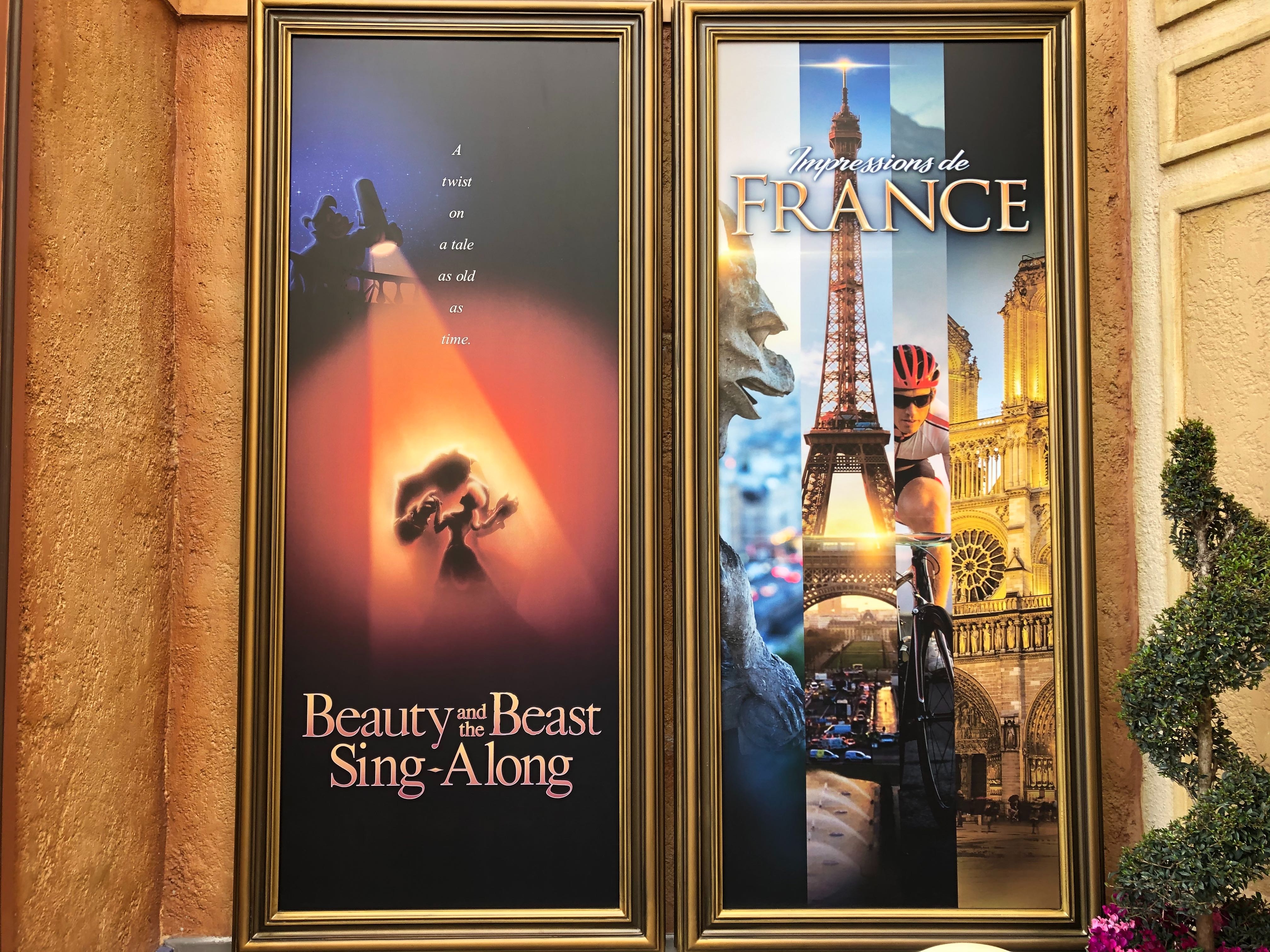 You can catch a first look at the new Beauty and the Beast Sing-Along in the video below. (Just make sure your ad blocker is temporarily disabled!)

Don Hahn, producer of the animated and live-action “Beauty and the Beast” films, oversaw the creation of the Sing-Along, which is narrated by Angela Lansbury, the voice of Mrs. Potts in the animated movie. There are five classic songs throughout the sing-along. LeFou is voiced by none other than Jesse Corti. If the look and feel of the sing-along seems eerily similar to the original, that’s because the original cast of animators for Beauty and the Beast have also lent their creative talents to the new film.