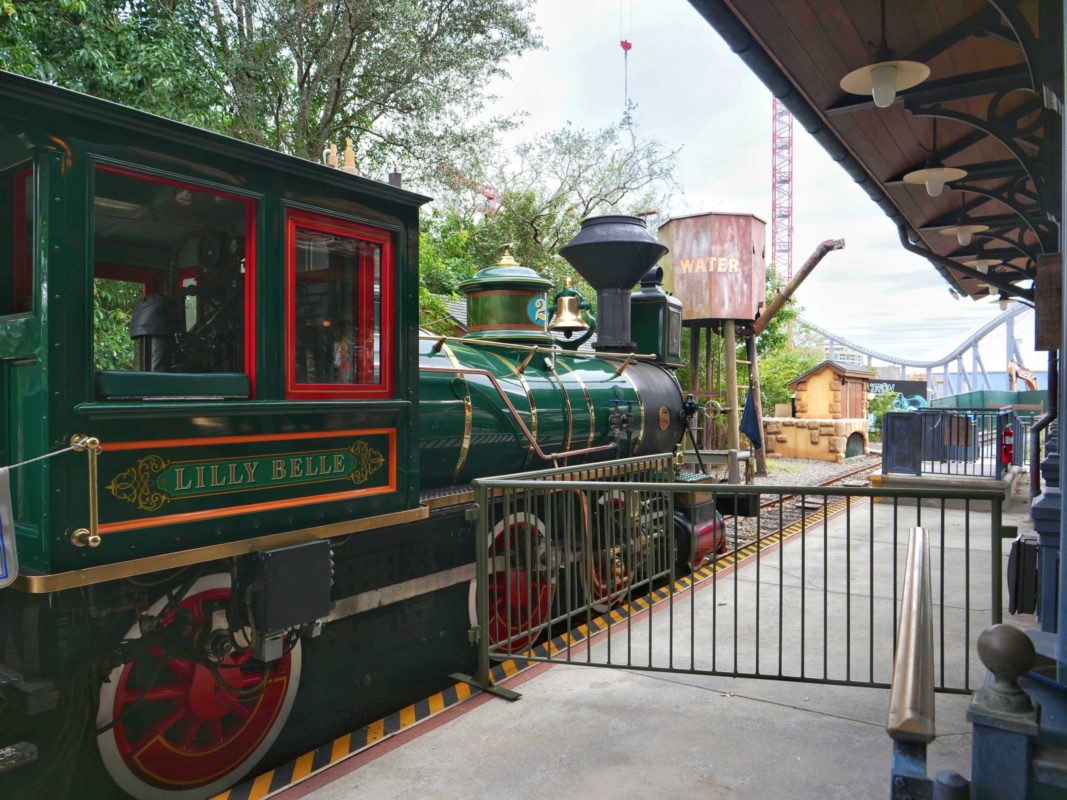 The Walt Disney World Railroad closed on December 3, 2018 to accommodate for the start of TRON Lightcycle Run construction. Since then, the train has sat stationary at the train station on Main Street as an exhibit of sorts, where guests are welcome to walk up and down the platform to analyze the train, its engine, and sound the bell.

The train was notably absent as you walked up to the front of Magic Kingdom this morning.

Between the looming fog and empty tracks, this scene seemed especially eerie.

Over at Fantasyland Station, we expected to see the train already stationed at rope drop, but at 9:10 AM this morning, it was still making its way over.

Half a dozen Cast Members, mostly management or train ops, were on site this morning. With the train set to arrive this afternoon, part of the transfer process involved resetting the exit gates, as well as a number of other safety precautions.

The train finally arrived shortly after, around 9:45 AM. Cast Members immediately took to preparing the train for its next stationary exhibit run.

Finally, at 11:30 AM, the Fantasyland Station officially opened to guests:

This interesting-looking maintenance train was also seen on the tracks today.

For a full tour of the new Fantasyland Station – Walt Disney World Railroad train exhibit, check out the video below!

Internal refurbishment calendars have confirmed that the train will remain closed through 2020. Interestingly enough, the Frontierland and Fantasyland stations were slated as “opening” in early 2020. Those scheduled openings were to allow the train to shuttle from the front of the park to Fantasyland, where it will remain until further notice.