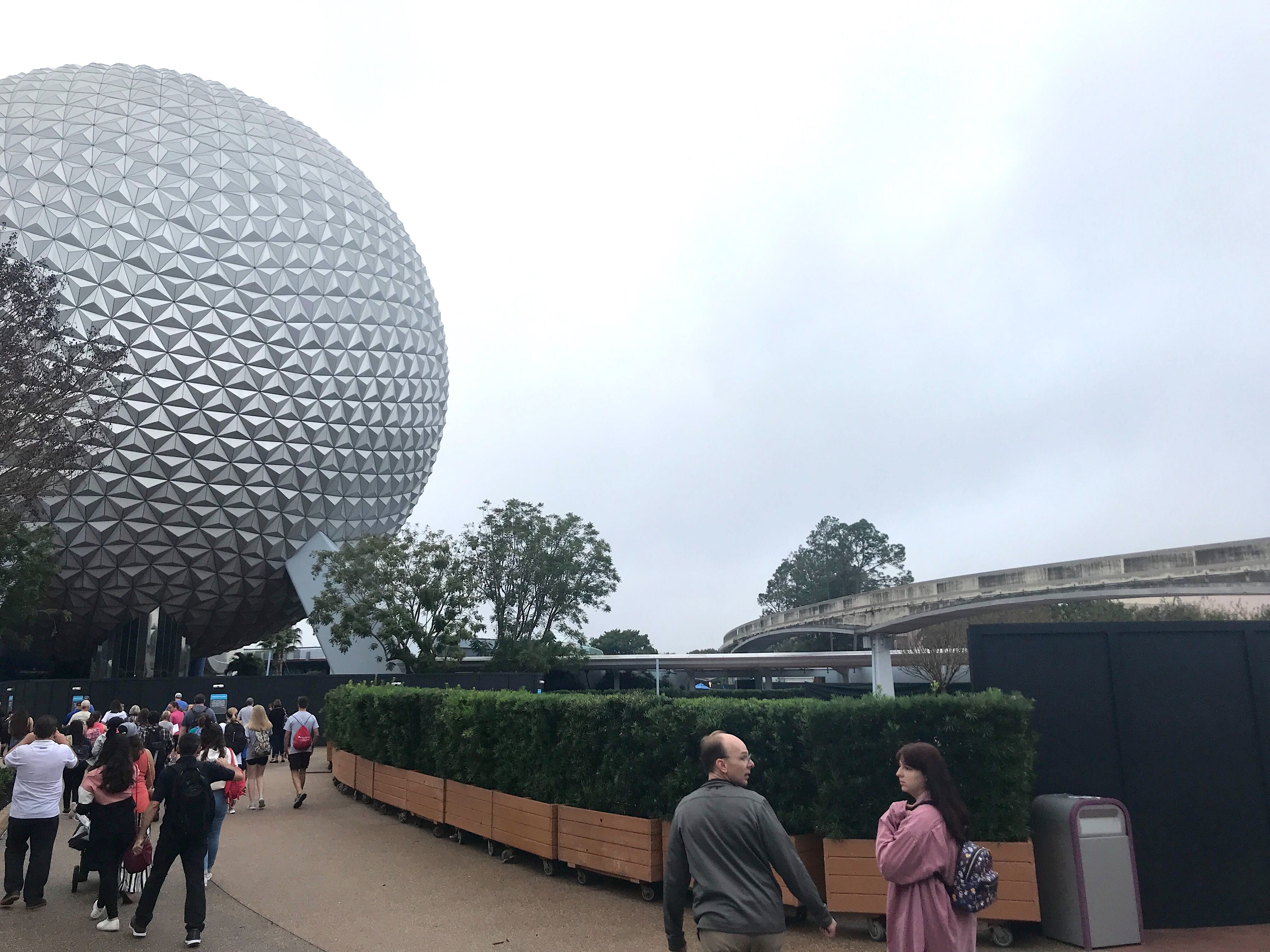 PHOTOS: Work Begins on Right Side of New Park Entrance Plaza at EPCOT

Just a few weeks ago, a new entrance garden was unveiled at EPCOT revealing the old central planter as well as some new ones off to the left side of the park entrance. The sprawling garden entrance led to a set of walls where the new retro fountain is being worked on, but for the most part, the space felt open and void of construction walls for the first time in a very long time… until today, that is. That’s right, a new set of construction walls has been erected at EPCOT, running along the entrance turnstiles before giving way to a row of rolling planters that wrap around the central planter and connect to the existing fountain construction walls. Once again, entering park crowds are veered off to one side as another section of valuable entrance space is blocked off. Let’s take a closer look at the current entrance landscape: A set of construction walls now juts out from the rightmost corner of the entrance and out towards the center. These unthemed walls are the first thing that guests see upon entering on that side. 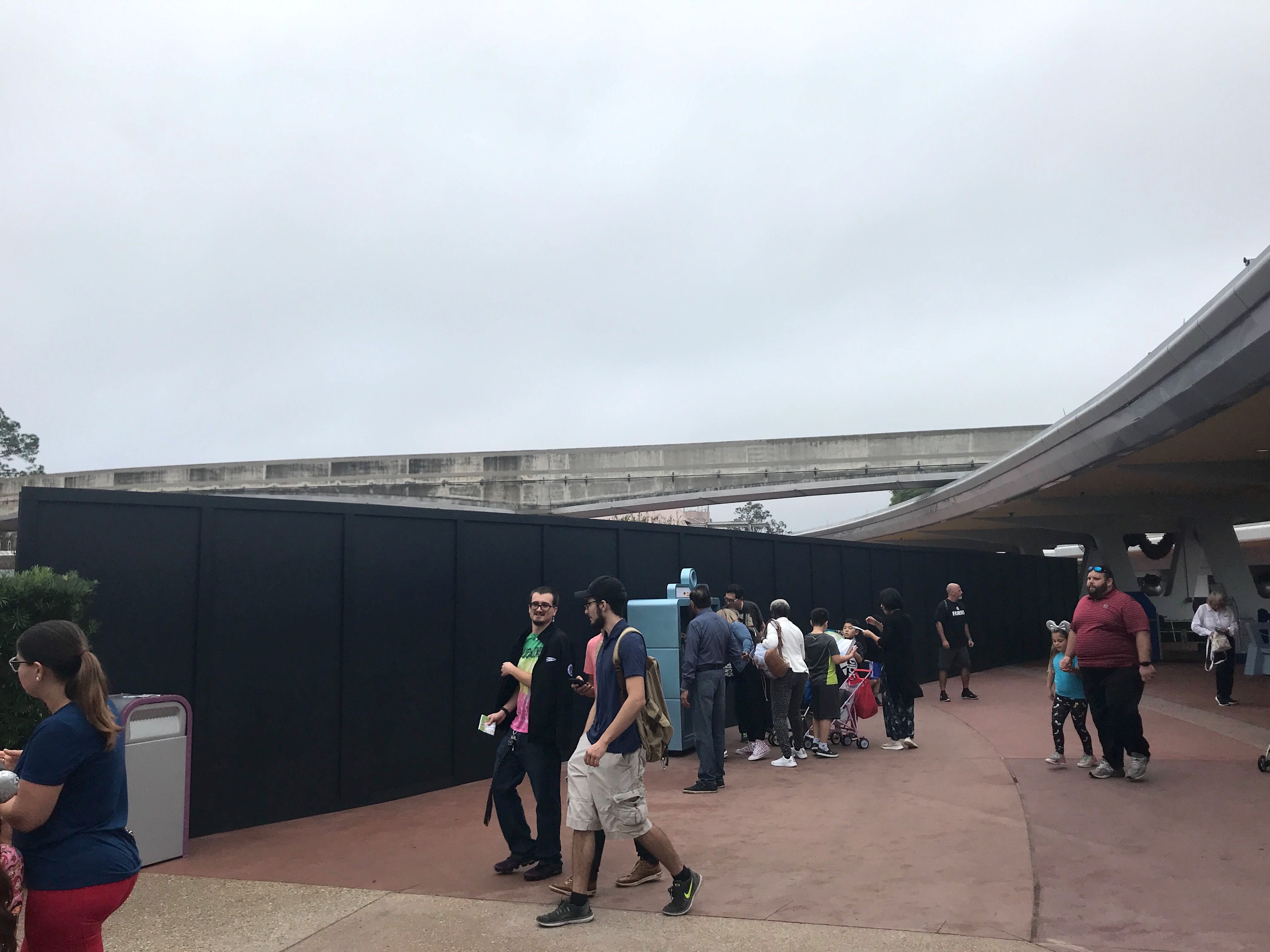 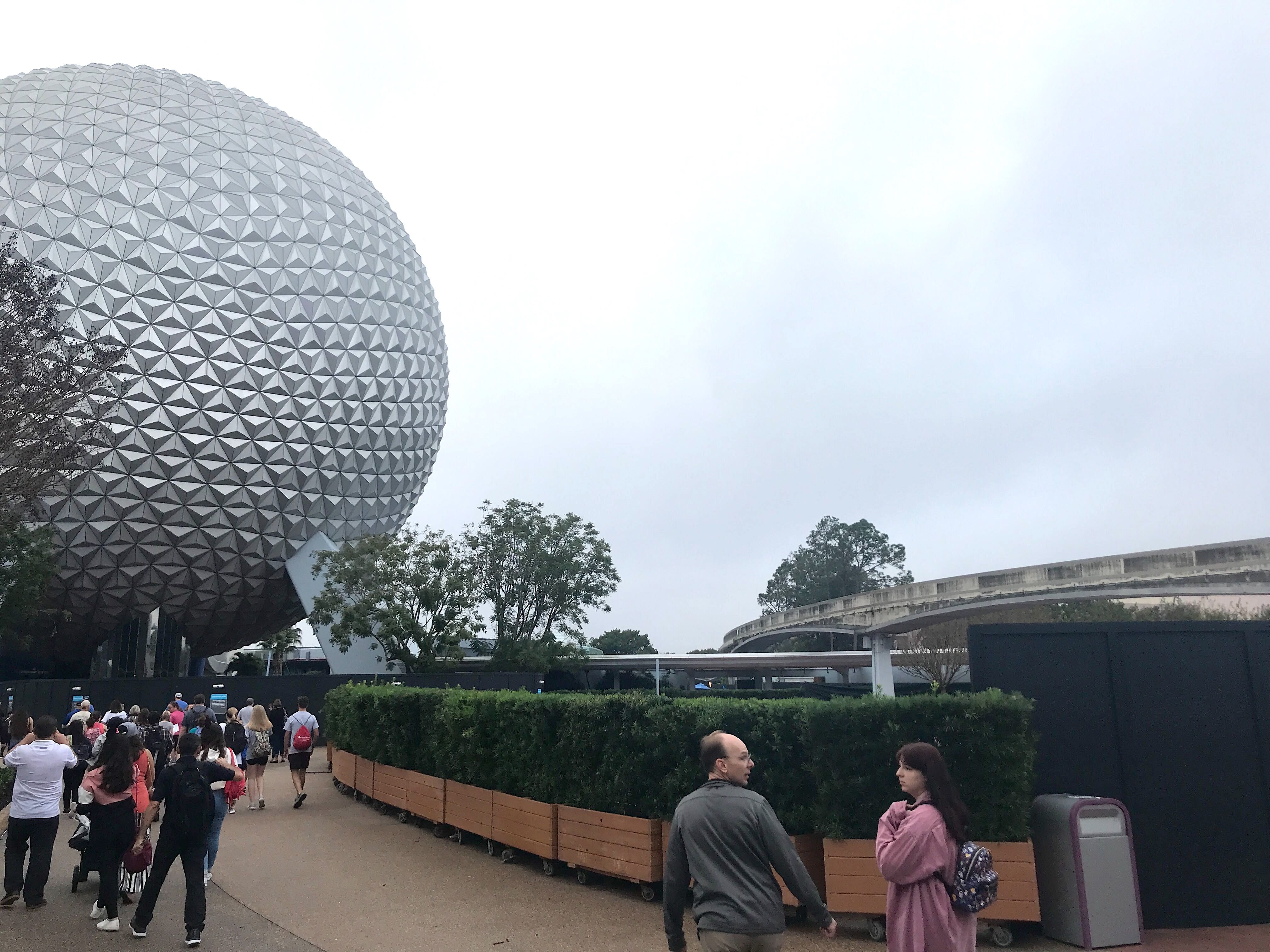 A set of rolling hedges now wraps around the central planter. This could be prep work from the landscaping department ahead of the EPCOT International Festival of the Arts, as the central planter is usually decked out with fanciful topiaries. The hedges then connect to the existing walls around the entrance fountain, which is currently being transformed to its former retro lucite glory. 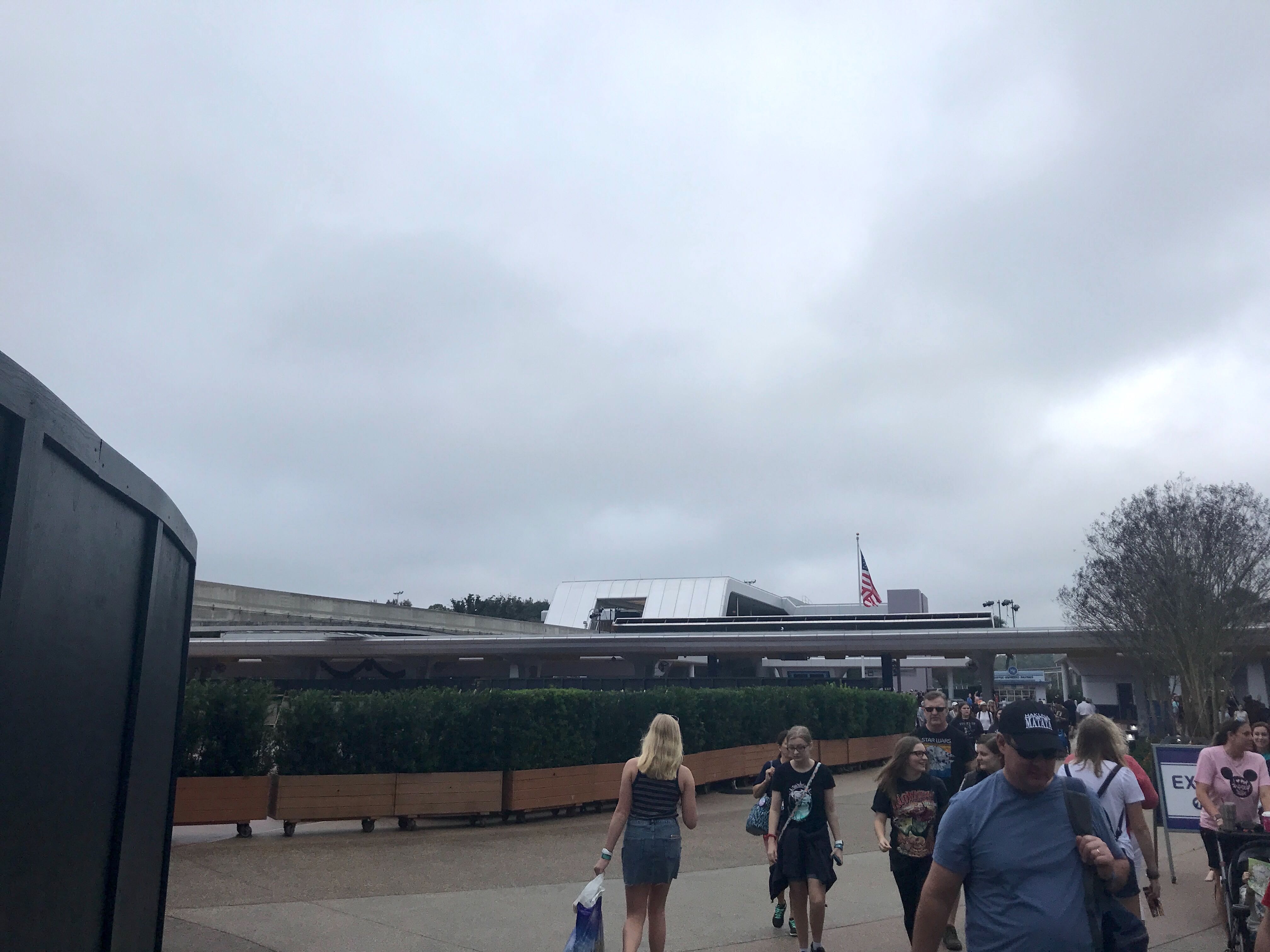 Off to the side, you can still meet Pluto at his usual spot by walking around the fountain walls. This opposite side is also lined with rolling planters, followed by scrim-lined fencing on top of an existing planter: 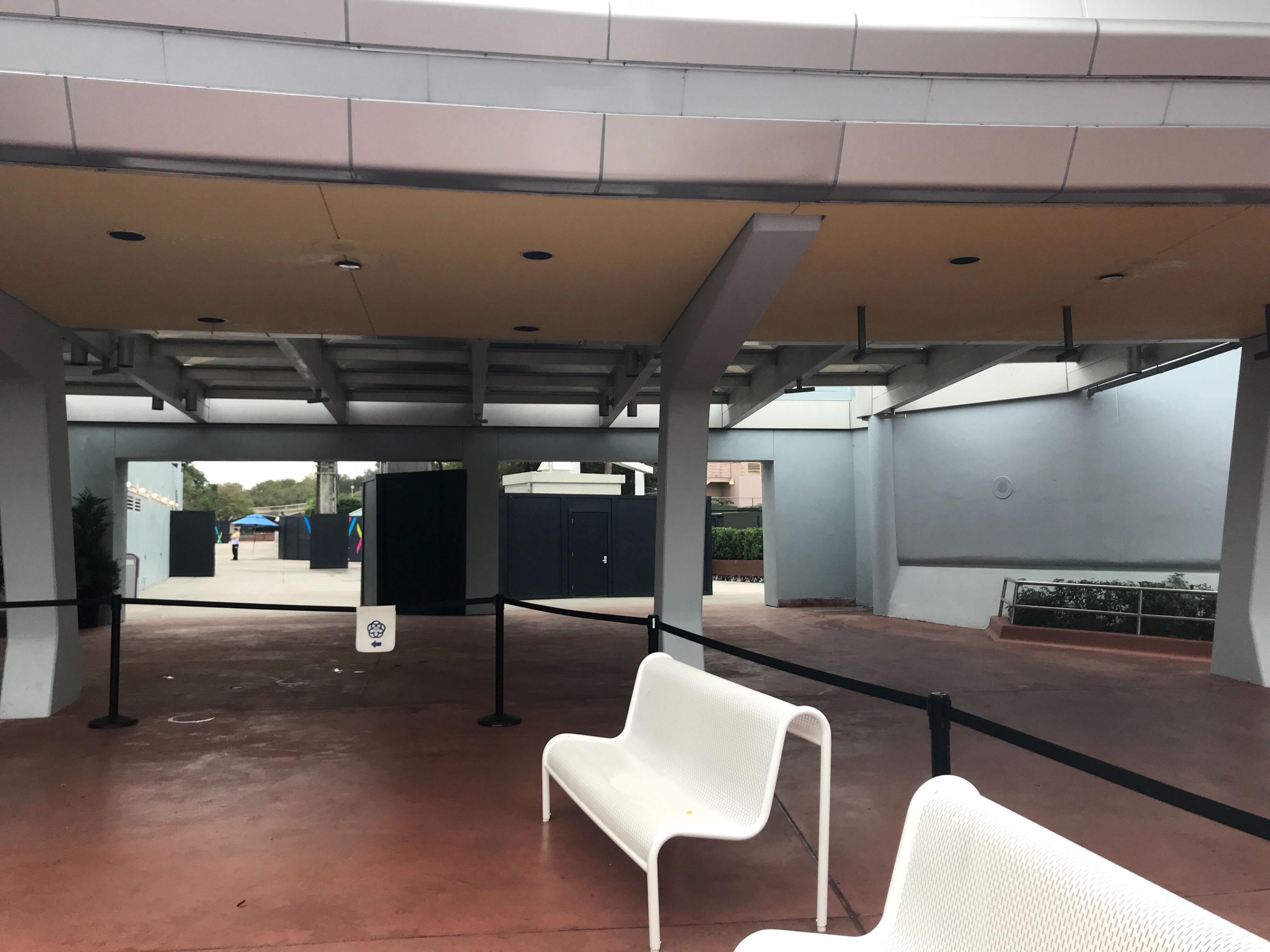 If you’re wondering about the new bypass walkway that runs from the entrance to The Seas, it is currently roped off. The walkway has seen intermittent closures since its opening, leading us to believe it was a test, plus auxiliary crowd control during the busy holiday season. Once construction closes off the central Future World breezeway, we expect the walkway to fully open. 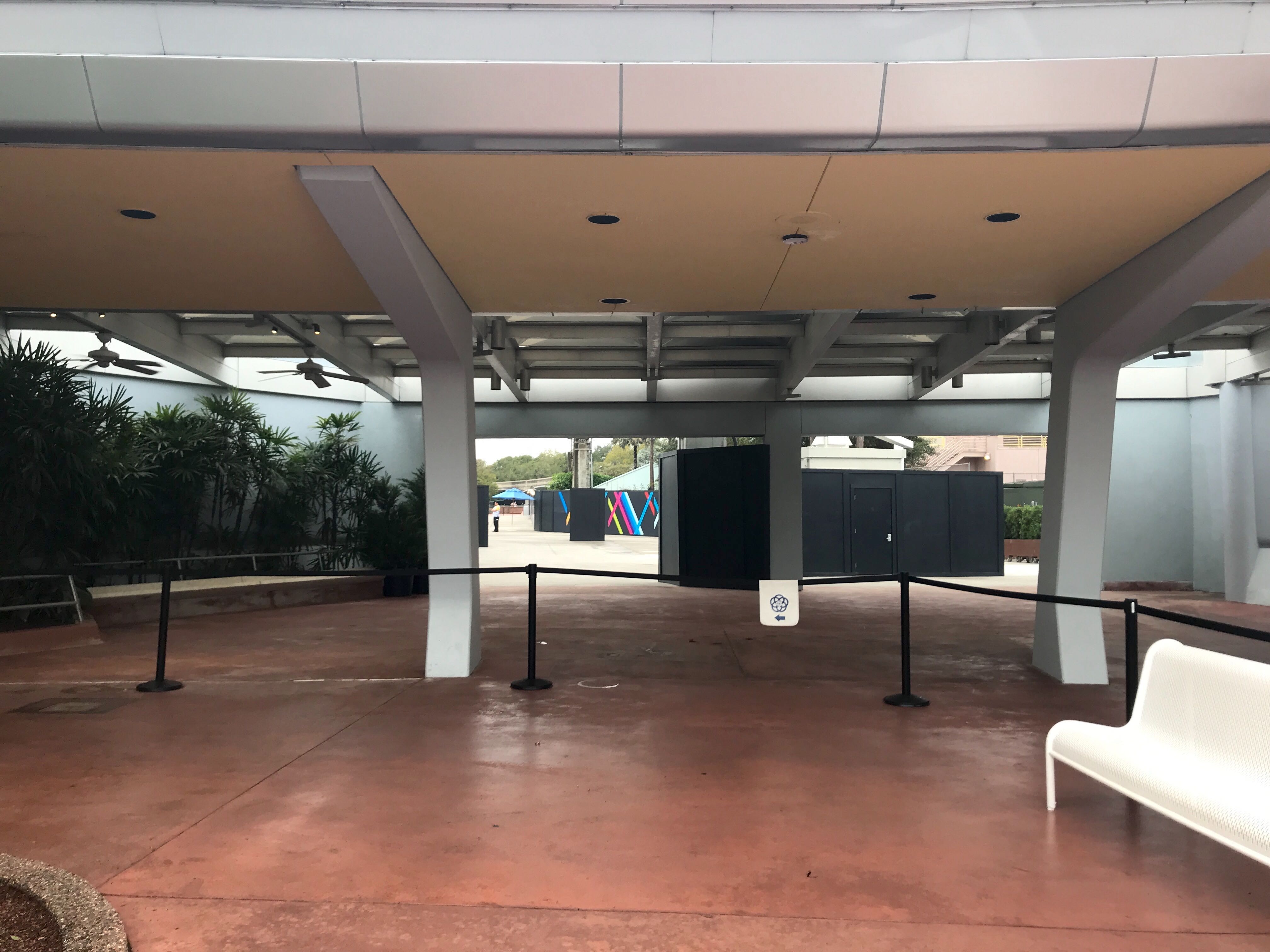 Besides Festival prep, entrance work is still ongoing as additional gardens must still be constructed on this side. Back when Leave a Legacy monoliths were removed on this side, the area was quickly leveled and cleared to allow for an unobstructed entrance space while work quickly shifted onto the other side.

Next
PHOTOS: All-New Specialty Foods and Beverages Revealed for Disney Villains After Hours 2020 at the Magic Kingdom